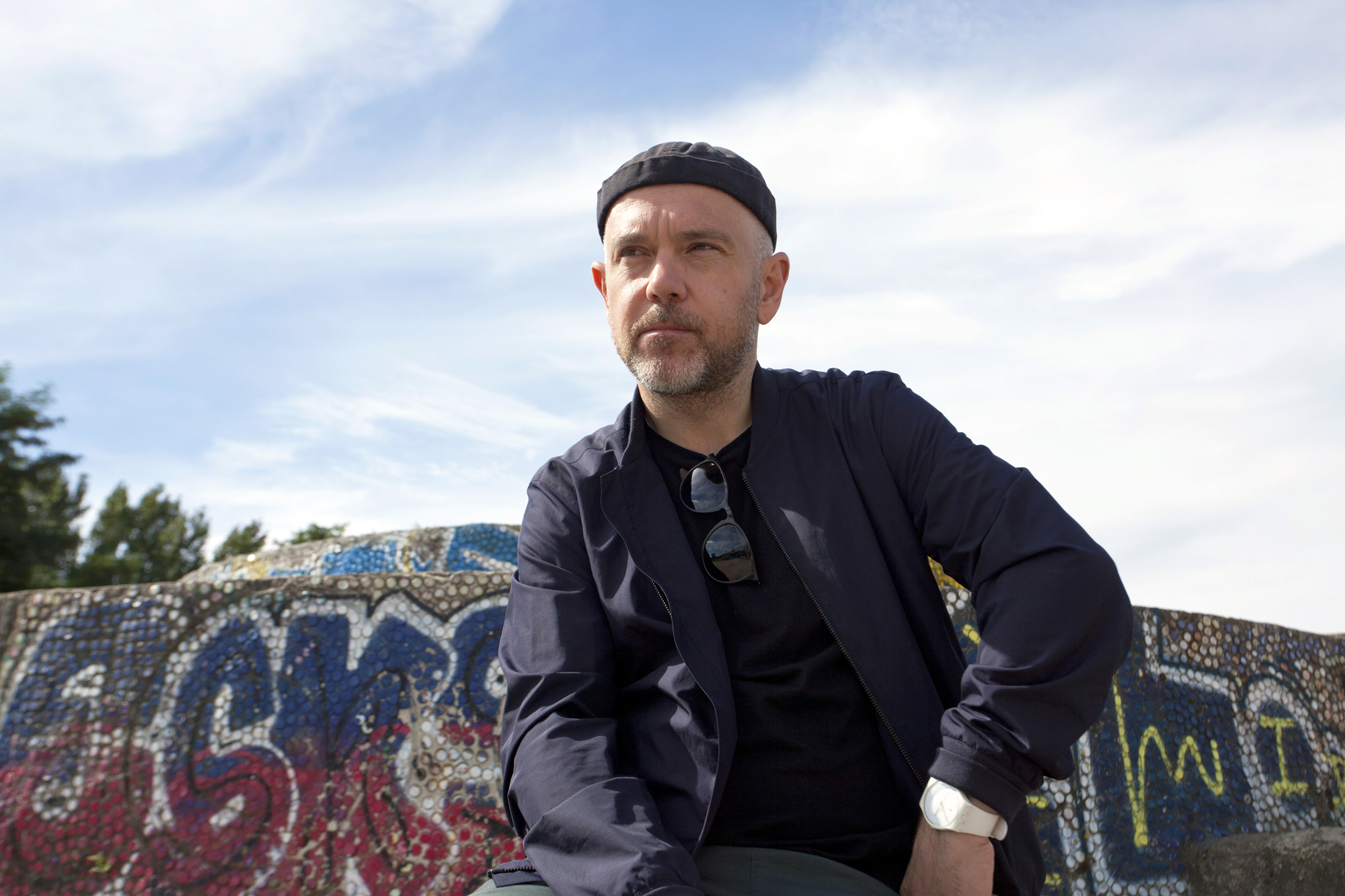 Torchlight, a moving new publication about mental illness, recovery, and the importance of asking for help, is proof that great storytelling can really help people.

Since its release earlier in 2017, the magazine and practice cards – a deck of actions and ideas to help users build positive habits – have now sold out. With Torchlight and the practice cards, creator Kevin Braddock offers an honest and non-prescriptive approach to recovering from periods of mental illness, presenting it through the prism of his personal experiences. 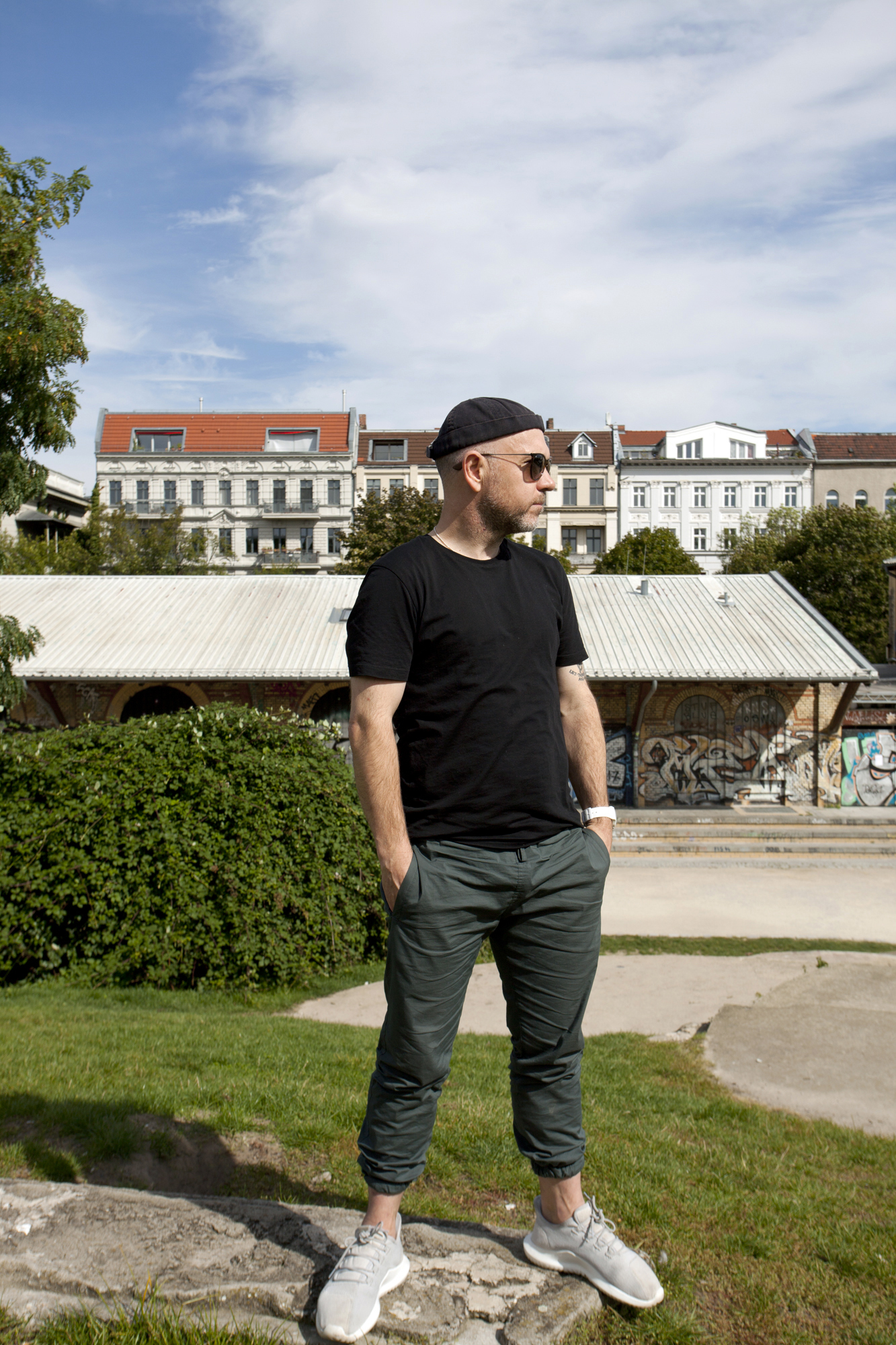 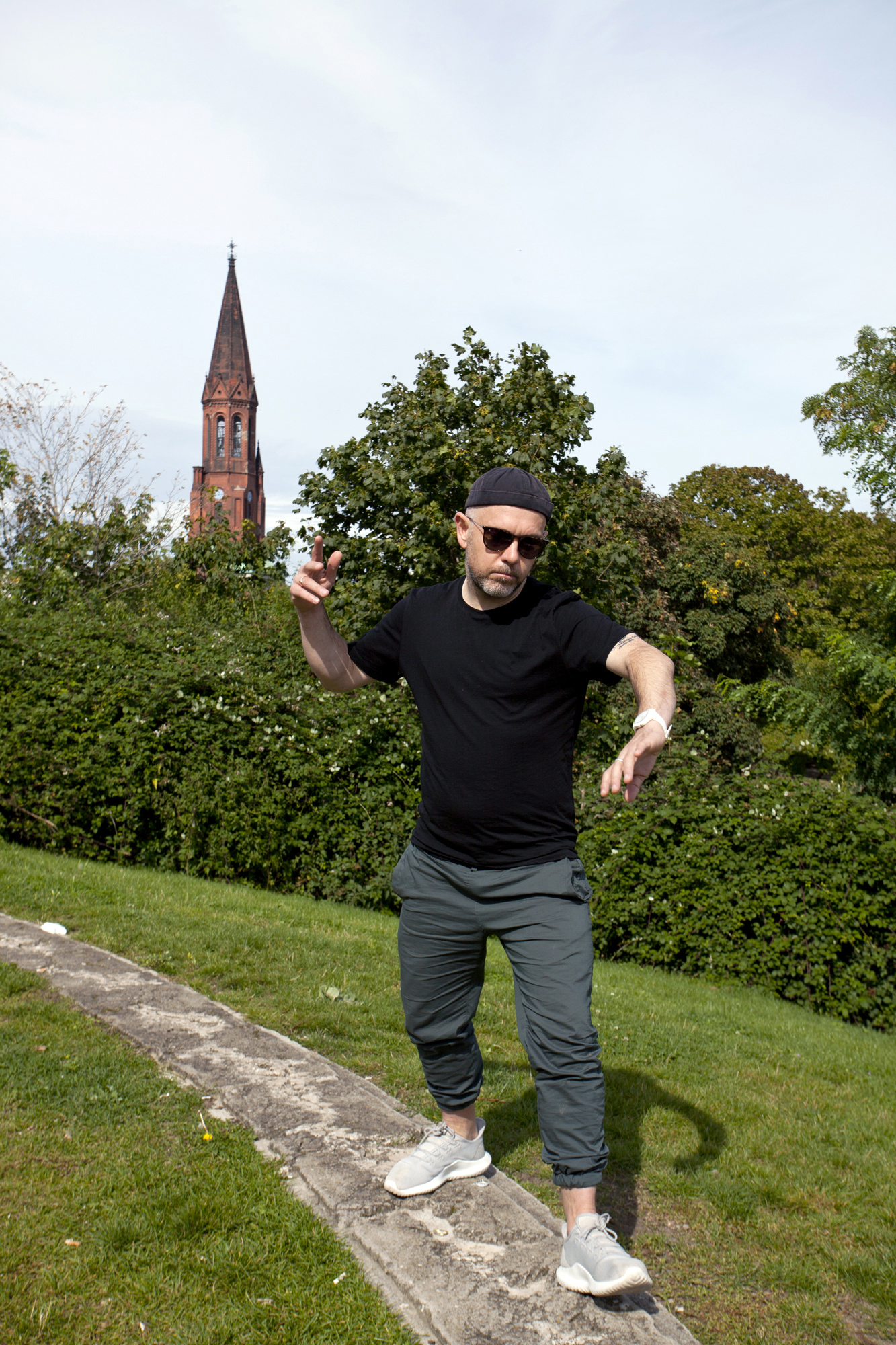 While working as a fashion editor in Berlin in 2014, Kevin suffered a severe depressive episode. Asking for help was the first step in his recovery, a central part of which became writing down how he was feeling. That writing became Torchlight, which he released in the hopes that it would enable others to speak more openly about their mental health. To hear more, we grabbed a coffee with Kevin on one of his frequent visits back to Berlin.

As readers of Torchlight, the first question we want to ask is: How are you? In general I’m fine. I’m going through a phase where life is happening quite fast at the moment. The project itself is going great. We announced that we’re going to try get Torchlight back into print through crowdfunding. People seem to really like it; the response has been extraordinary.

We’ve noticed! Have many readers reached out to you with their personal stories? Yeah, that’s sort of the point really. I just think that saying it first enables other people to open up. It’s better to talk about these things, I mean, that’s how therapy works – you go and see a therapist and you talk to them about your feelings and you feel slightly better. [Laughs] So yes, not a huge amount, but people do get in contact.

What’s been interesting is that I wrote the story in The Observer and it went kind of mental after that. It got shared 10,000 times or something. In 20 years of being a journalist nothing like that’s ever happened before. [Laughs] The story came out and everything sold out within about four days. I think it’s a bit like being in a secret society, you know, everyone has had something like this, or is experiencing it, or they know of someone who is.

I think if you’re unwell it’s really important to be heard.

Which makes it all the more baffling that mental health isn’t more openly discussed. Yeah. I think it’s slightly different in Germany. When I was living here, I felt that Germans were very emotionally articulate in a way that perhaps Brits aren’t. Do you know what I mean? If you ask a German how they’re feeling it’s like– [Checks watch, grins] 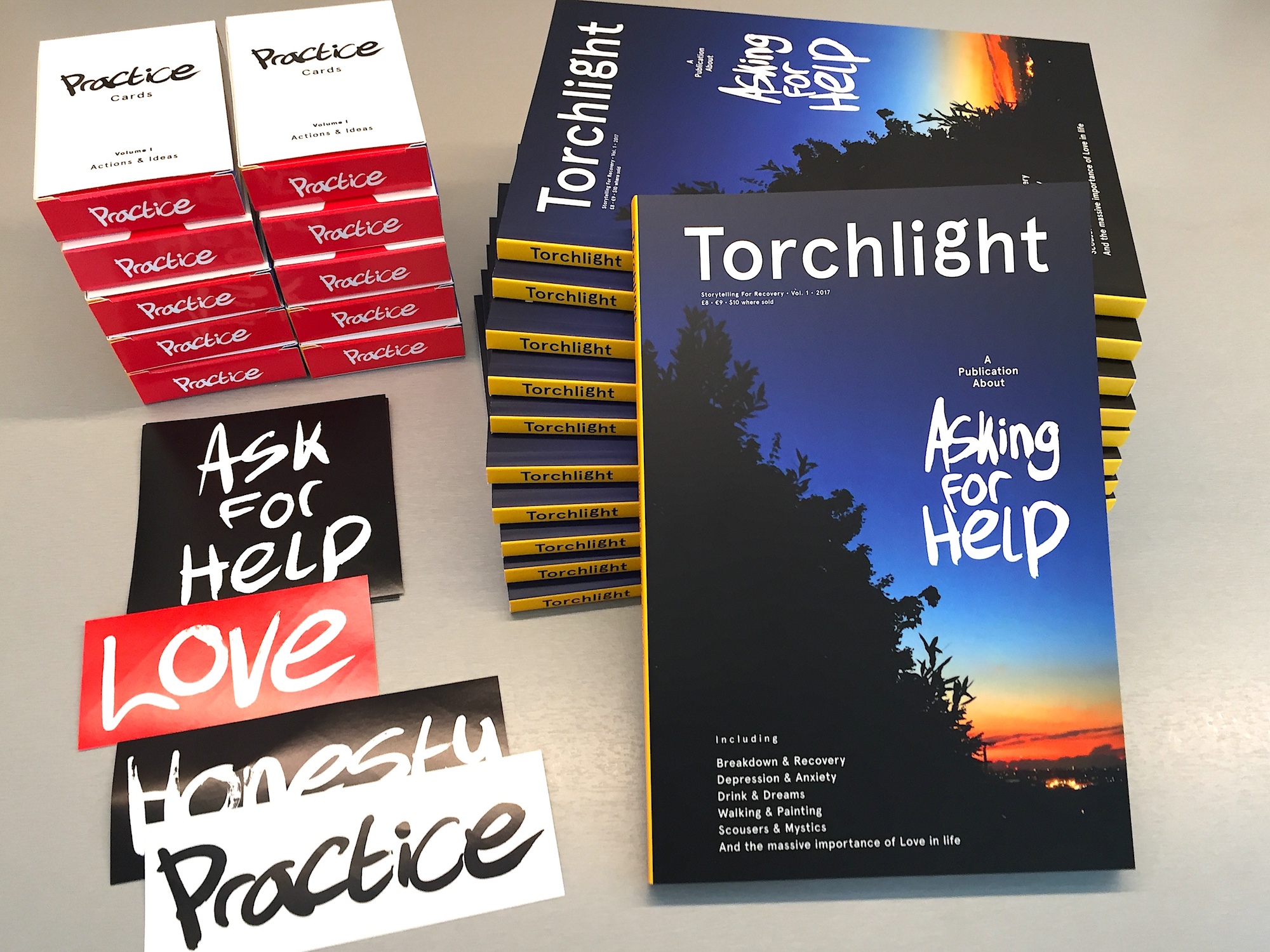 So what made you first think that you wanted to share your story in this format? A couple of days after I had this breakdown, which was August 10th 2014, a guy I know had seen my alarming messages on Facebook and said, “Look Kev, from now on you need to be really open and more honest about all this stuff, and since you’re a writer, why don’t you write it all down?” He was really adamant about it. I was a bit mystified, so I said, “Thank you, can I ask why you feel that way?” And he said, “Because my sister had this stuff and she killed herself.” I thought, “Okay, he’s right.” I didn’t start there and then, but that was the germ of the idea.

I’d made an independent publication before called Manzine. Myself and my friend Enver who works for Mario Lombardo – he was the guy who took me to the hospital – started designing Torchlight in February or March 2016. Instead of writing the whole thing and then handing it to Enver, we designed different bits and developed it, partly because I was still– am still recovering. It wasn’t complete, and then I realised that it’s never complete, you know? But in terms of a story you just have to pick a day and say, “Okay, that’s the end, for now.”

A full stop in pencil, as they say. Right, yeah, because otherwise you just carry on. 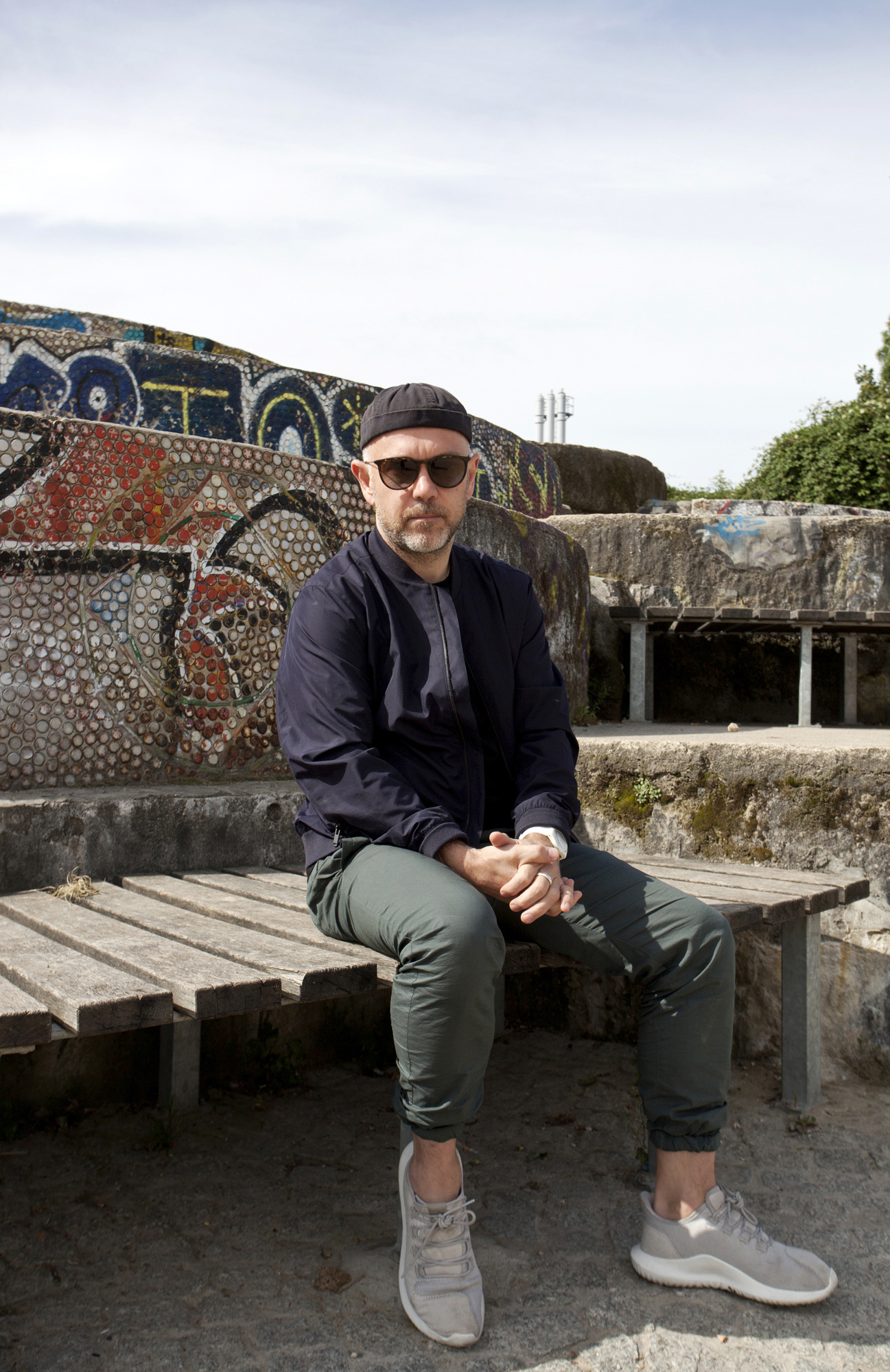 With Torchlight the message is ‘ask for help’. That’s the point.

So was working on Torchlight part of your recovery as you developed the project? Yeah, it was very therapeutic to write it all down, chew it over and figure out what I thought about everything. It was a kind of sense-making process, and then I thought what I want to do is just give it to people. I mean, there’s lots of other recovery memoirs, really good ones. They’re all the same story really: something terrible happens to someone, they have a breakdown, they begin recovering and then they get better and they want to help people. [Laughs] Have you read James Frey’s A Million Little Pieces? Brilliant book.

No, but there’s a new-ish podcast called The Hilarious World of Depression. It’s a series of interviews with comedians about mental health. It’s fantastic. I’ll check it out.

Certainly in the UK mental health is a hot topic now, with Stormzy coming out saying he’d had some stuff, and Princes William and Harry. There’s a famous elite of depressed people like Ruby Wax, Alastair Campbell, Stephen Fry. They’re the superstars of depression. [Laughs] 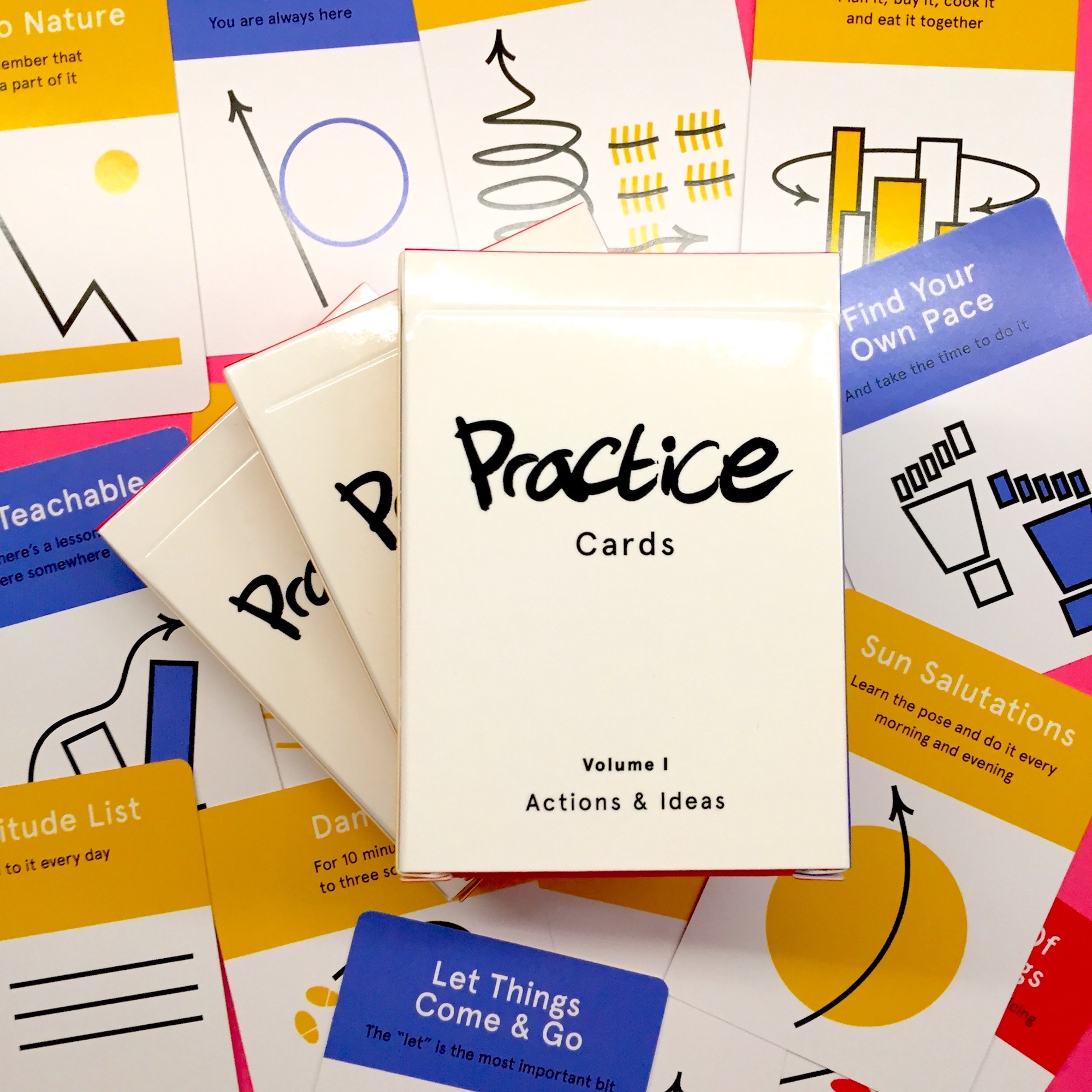 Tell us about the Practice Cards. The practice cards were quite simple. When I went back to the UK I was getting up every morning in sort of a military way, trying to bootcamp my way to being whatever ‘better’ is. I realised it was completely overwhelming and I was trying to do too much, so I thought I’d write all the things down on cards and try and do one or two every day; maybe a breathing exercise or a long walk, or some voluntary work, or some piece of philosophy – Marcus Aurelius, or something from the AA book. There’s tonnes upon tonnes of that stuff around and it’s all really useful. Then I thought it could be an extra little thing with this project.

Everyone we’ve spoken to about them has been really excited by the cards. The plan is to do another pack next year. I think the Practice Cards have got quite a lot of mileage in them. 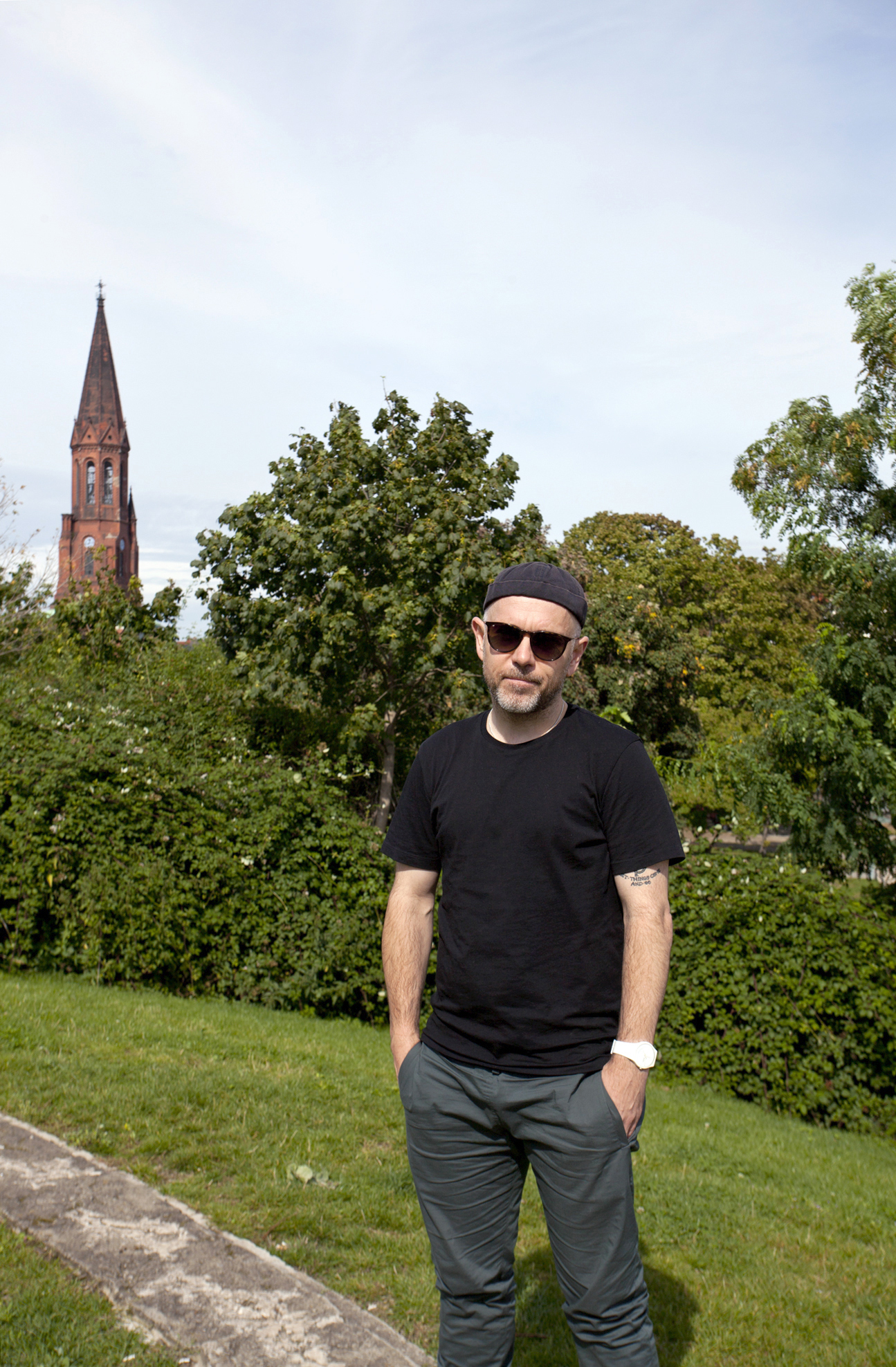 Will there also be a second volume of Torchlight? Yes. There’s a lot of stuff we’re looking at doing; at least another two packs of Practice Cards – we have ideas for the second and a third – and I’d like to do another issue, but it might take another year or two to make that happen. It’s not a typical magazine where we publish something every three months.

I think the important thing is to generate a network, really, and have a community in it. This person-to-person thing is really important. I’ve been running these storytelling meetings in London, in my flat, where a bunch of people come along. I’d like to do a lot more of those. There’s probably a digital technology angle in there somewhere, but I’m not sure where yet. We’ve got ambitions, but we have to do it in a way that we live our values.

And not undermine your mental health by putting too much pressure on it. Exactly. So we have to have a mindful approach to doing these things, you know? [Laughs] 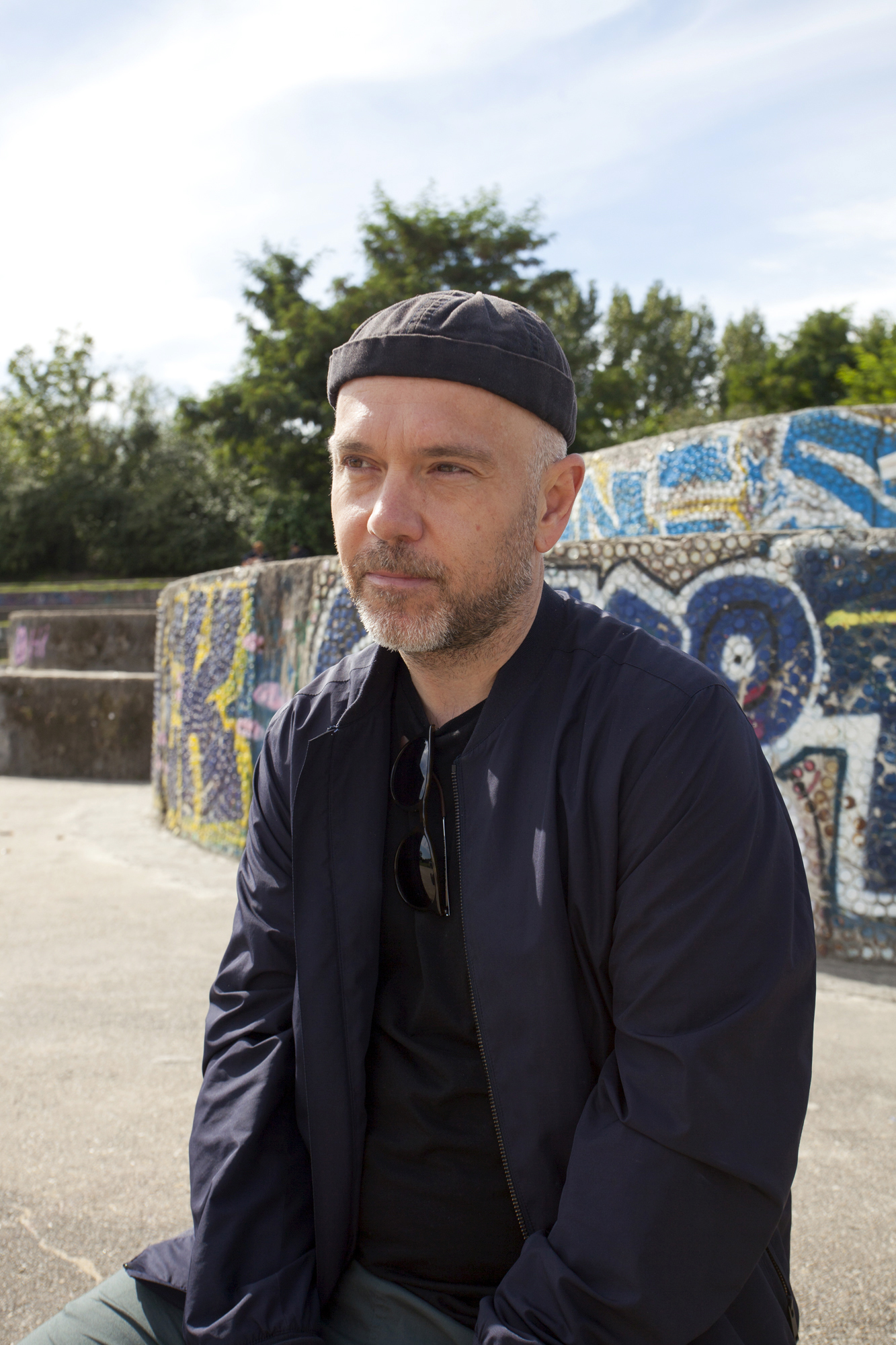 The challenge with digital media is that it’s the way to reach people nowadays, but it has an impersonality to it that’s perhaps counterproductive to what you’re trying to achieve. Yes, I agree, and I think in the technology world there are a lot of people talking about empathy – how to bottle empathy and commodify it – and I think that’s a massive mistake. I don’t think you can and I don’t think you should. I think it’s dangerous, empathy is something that happens between people.

There’s Big White Wall which is the NHS’ [digital platform]. You can write your story and publish it online. I don’t know if it works, and I don’t know if writing something and posting it on the internet is really helpful to anyone.

Well maybe the question is what happens after that. Anyone can publish their thoughts anonymously online, you don’t need a new platform to do that. I think if you’re unwell it’s really important to be heard. To speak to someone and have the feeling that they’re listening to you, and that they care about what you’re saying. But the internet isn’t like that. Nobody gives a fuck what you’re saying.

Do you think mental health is a topic that’s especially important for men to talk about? I think that it’s clearly an acute problem with men. I saw some statistic that said the reason the suicide rate among men is higher is because men are more likely to act on it. It’s not like they have more suicidal ideations; they’re just more willful about it. But I think depression transcends gender, race, status, everything. It’s a problem that anyone can have. Torchlight is not a magazine for men about depression. I wasn’t thinking in a demographic way about it.

I think with men it’s just about how you get to them. I mean generally there’s obviously a big problem with how we socialise men. I was talking to someone the other day about soldiers. I did this story years ago for GQ about soldiers who were injured in battle and had PTSD, and apparently soldiers will only ask for help after ten years of suffering, because the army train emotions out of soldiers. There’s this organisation called Combat Stress, and they do really good work with PTSD and veterans.

I don’t know how we educate young people but from what I hear there’s much more education about emotional fluency these days, which is obviously good.

At the moment social media seems to be flooded with nihilism and memes about suicide and depression – ‘sad reacts only’, et cetera. Do you think that kind of thing is part of the emotional fluency you mentioned, or do you feel it’s counterproductive? I suppose one change I would like to see is that people don’t think it’s cool to kill yourself, and don’t think that it’s glamorous or sexy.

With Torchlight the message is ‘ask for help’. That’s the point. It’s what I did and everything changed. It would be great to think that people think it’s okay to do that, rather than bottling it up and taking it away and acting upon suicidal ideations. There is help around, and I think most people, if they’re asked to help, probably would. Even if it’s a complete stranger. 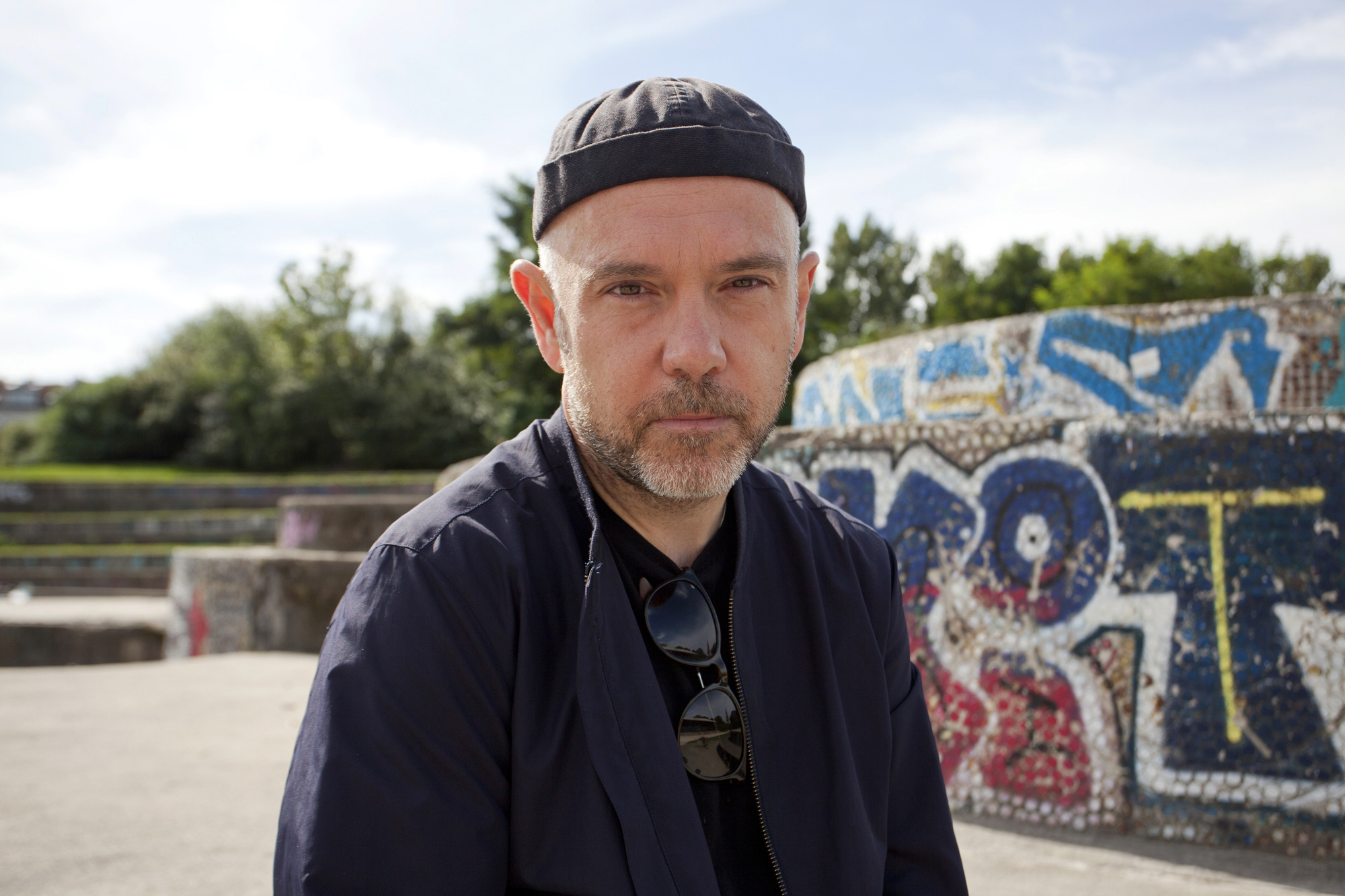 You mentioned Marcus Aurelius earlier. Meditations was the first thing we read after Torchlight. Ah, you got it? Seneca’s very good as well.

What are you reading at the moment? I’ve been reading Going Sane by Adam Phillips. Phillips is a Freudian analyst, and he writes very intelligently. His argument is that there’s no such thing as sanity, and that basically we’re all mad and what medical establishment has done for a long time is imprison people in a diagnosis. He talks about how society thinks about mental illness compared to a model of sanity which in many ways is insane. It’s like, why do we think it’s sane to accumulate tons upon tons of possessions? Or have more money than we need? It’s very interesting.

We’ll check it out. Thanks so much for your time, Kevin. No problem, it’s good to talk.

Back the Torchlight crowdfunding campaign to get your copy, and keep up with the latest at torchlightsystem.com 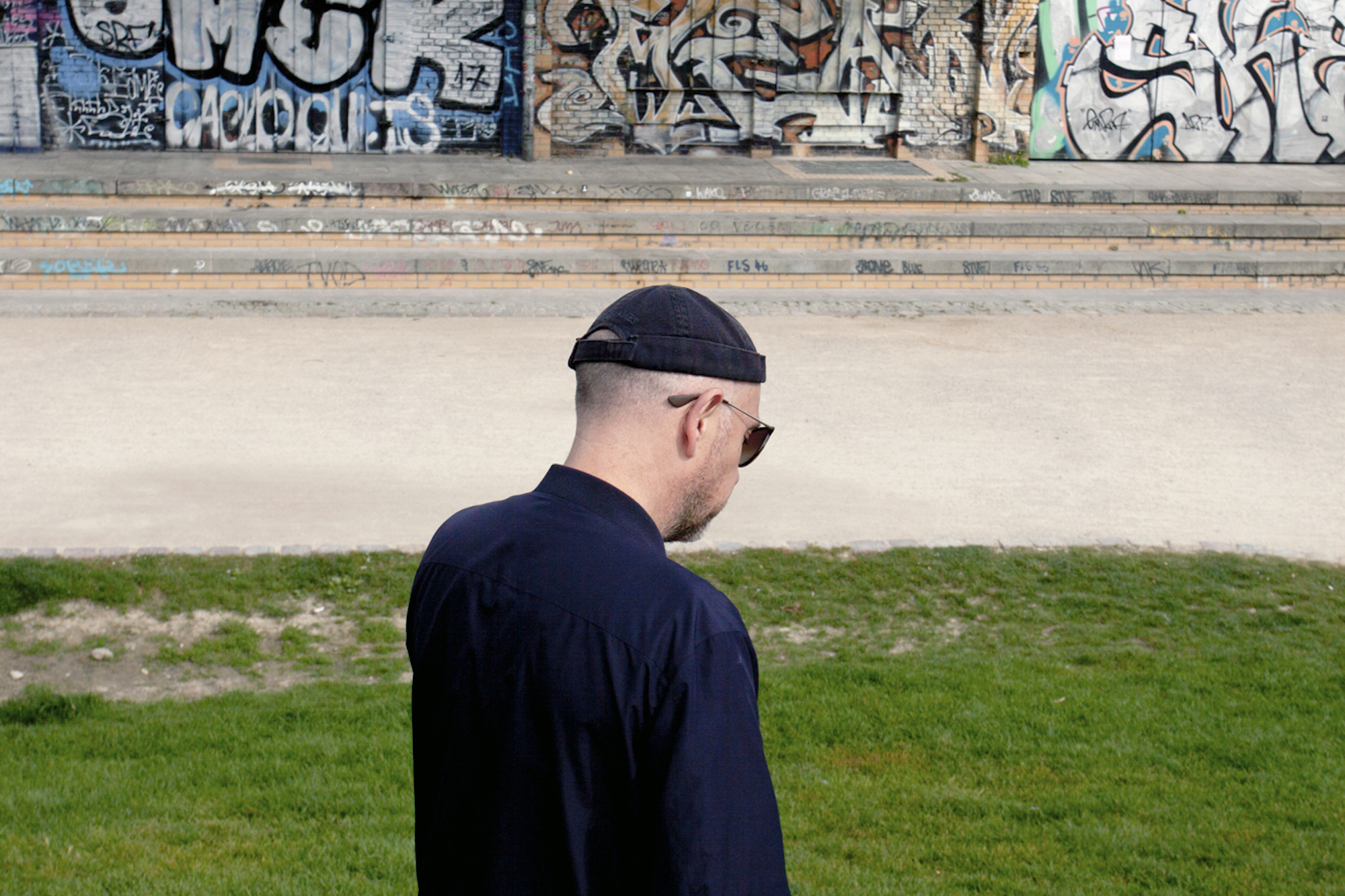