Landing Moderat as the cover feature was a massive coo and a hug deal for us. It was the last interview the band gave before they went on an indefinite hiatus and they jokingly referred to it as the ‘breakup interview’. Soon after this issue was published the band played their final concert, which took place at Kindl-Bühne Wuhlheide. It was an incredible perform, and a sold-out show in their hometown was the perfect way to press pause. 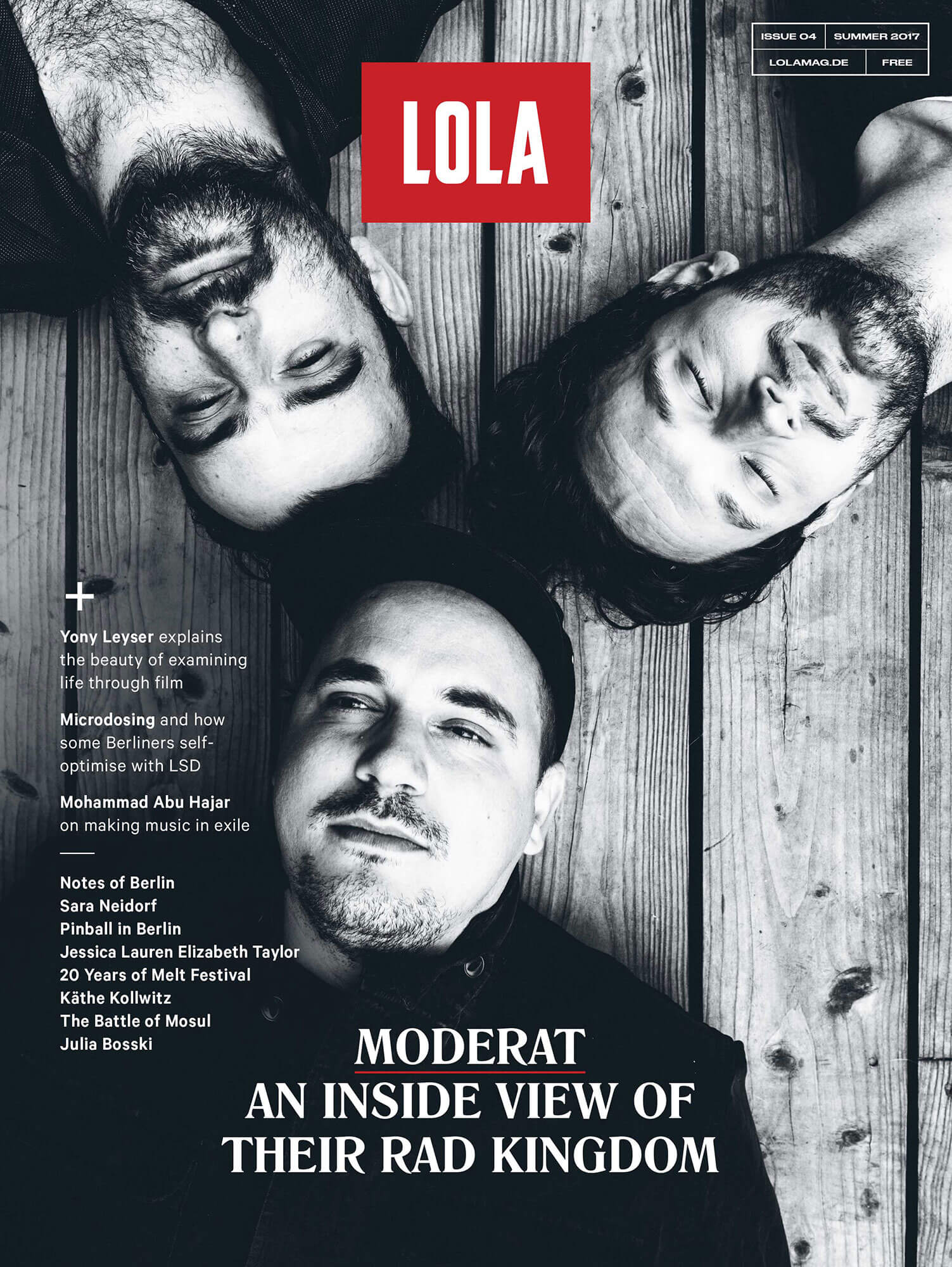 When we published the cover story online we updated the headline to say ‘The end of Moderat?’ and it became our first ever viral feature. News outlets across the world picked it up and started reporting on the fact that Moderat were calling it a day for now. The band actually said the buzz was instrumental in pushing the final gig ticket sales over the line, which was nice to hear.