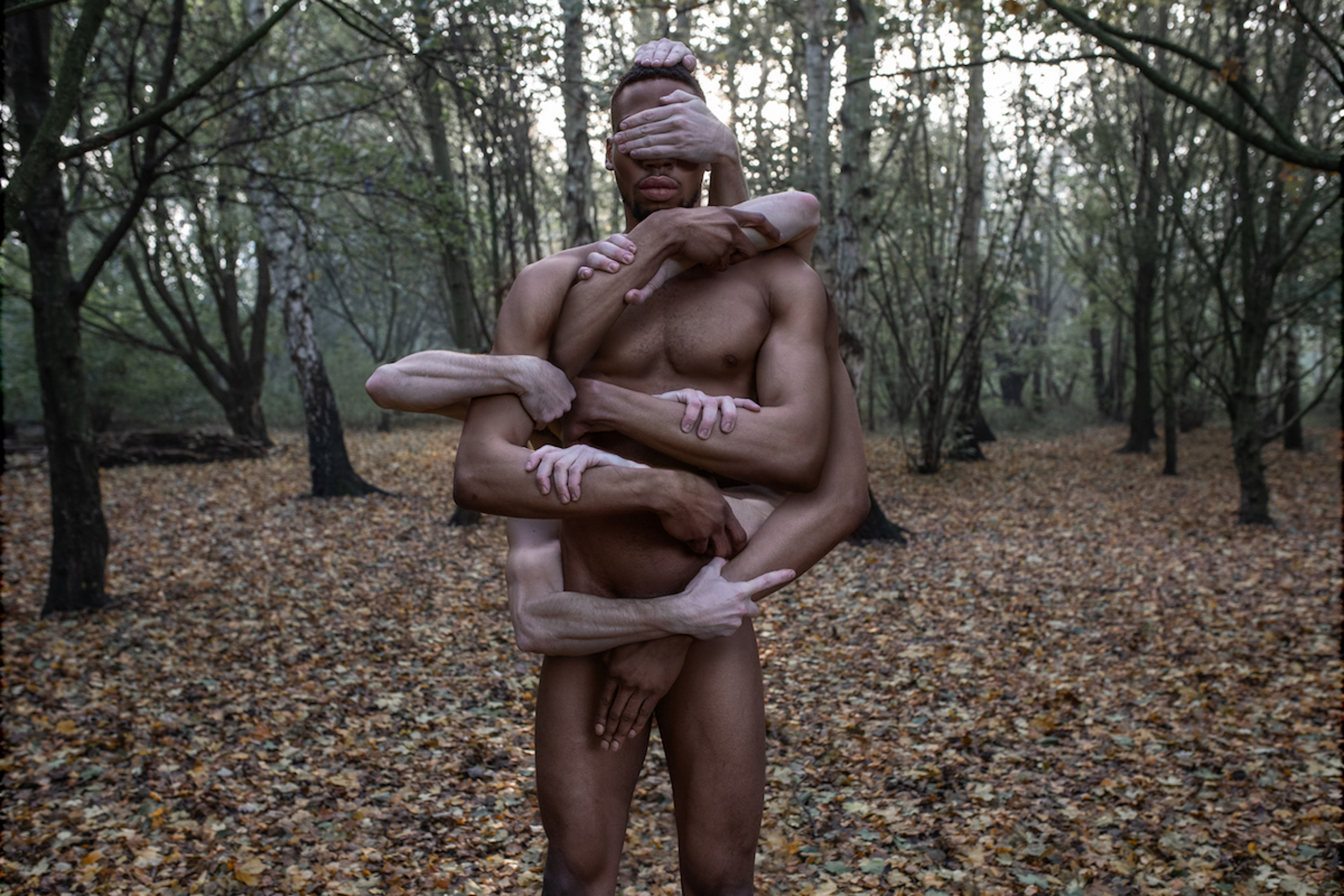 One of the most important sides of Berlin’s culture is an exploratory, fluid take on sexuality. The freedom, the fun, the fantastic – so much of it has suffered since the onset of the pandemic. Pornceptual’s response? A not-so-subtle FUCK 2020 that comes in the form of the fourth edition of their print magazine. 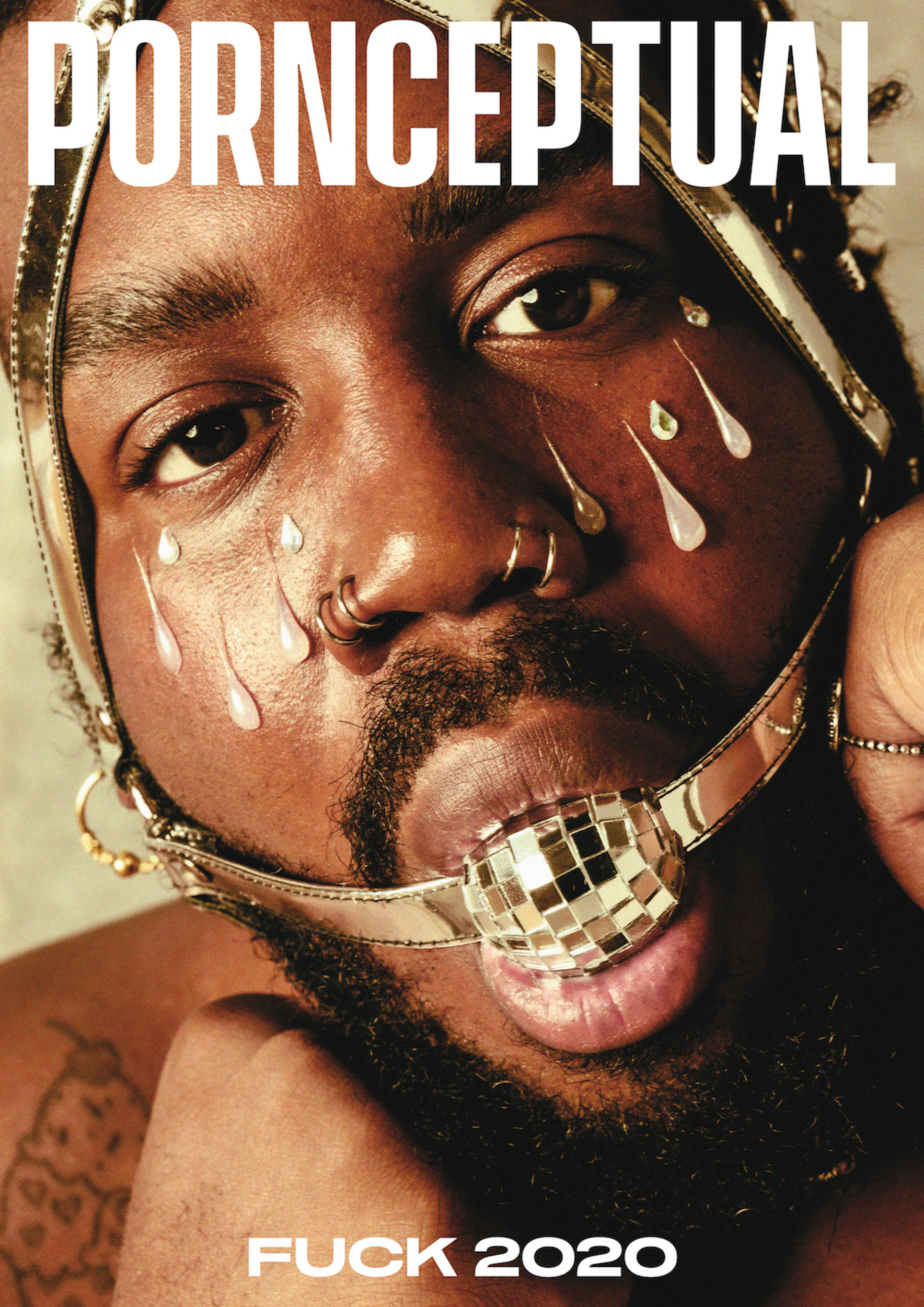 When did you first start Pornceptual Magazine and why?
The oppressive rules and constant censorship we face on social media were significant factors. In print we are free to explore the meaning of pornography through art, without being censored. Our first edition, Pornifesto, was published in August 2015. We had a great response from the readers, and this motivated us to move forward with the next editions. With the growth of social media, print has entered a different niche. But we still believe that print media provides a unique experience that digital platforms cannot deliver.

It’s been three years since your last magazine launched. Apart from the obvious shift that happened last year, what pushed you to go back to this medium?
Due to COVID-19 we were forced to cancel all of our events, and going back to print was an opportunity to keep in touch with our community. When the pandemic hit, we created a project called Isolation PORN, a digital gallery created from an open brief documenting intimacy and sex during lockdown. We received over 400 submissions, and at that point we realised the power of exploring what people from different countries were going through last year. 2020 was a truly historic year, and the magazine helped us resignify the importance of sexuality and giving a platform to marginalised voices within a pandemic scenario. 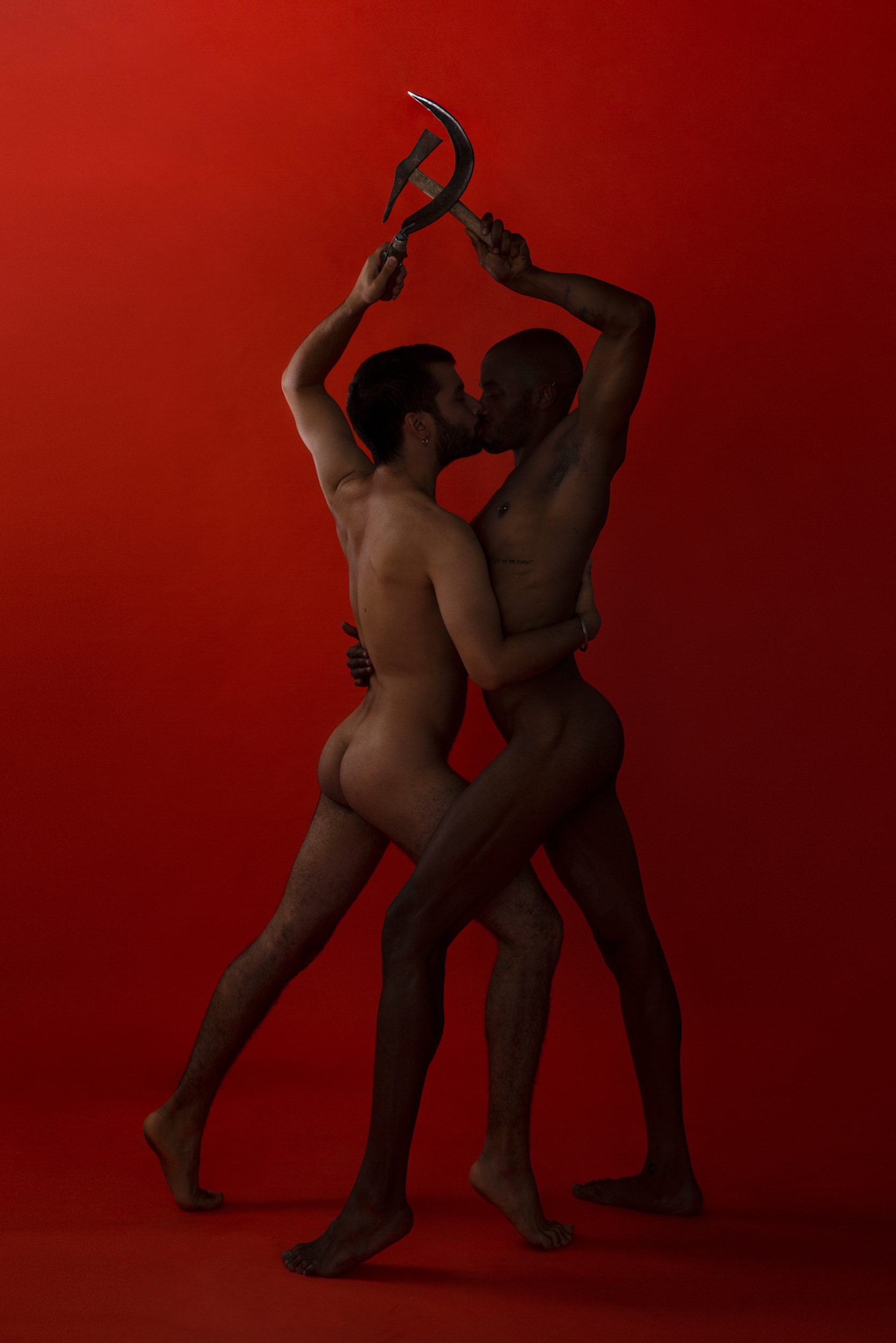 In print we are free to explore the meaning of pornography through art, without being censored. Did you encounter any challenges while picking up the print medium again?
Publishing a magazine during a pandemic was a very big challenge. Up until the very last moment, we weren’t sure if we would receive certain series that were meant for publication because of lockdown restrictions around the globe. Our team was affected by COVID-19 a few weeks before we went to print, which almost delayed it too. On top of that, our cover is now banned from Facebook and Instagram because it features a disco ball as a mouth gag. It’s frustrating not being able to escape censorship, even after moving to print. But for us, it shows how something like this is needed.

What made you choose the theme for this issue?
Despite all of the obstacles, documenting the historic happenings of 2020 was really important – especially when our bodies and sexuality have been widely affected. The magazine helped us resignify the importance of sexuality and giving a platform to marginalised voices within a pandemic scenario.

Walk me through your process. How were the artists selected? How did you communicate post-selection? How did it come down to these 100 people?
For us, it’s very compelling to start every edition with an open call to our community. That means that our reach goes beyond the artists who we usually work with, although we also have some regular artists that have contributed for many years already. We believe that this adds a lot of diversity, because any person that is inspired enough is welcome to create and submit something, even if the person has never created this kind of work before. The final selection is always hard because, having a limited amount of pages, we can’t include all the submissions. We chose what our editorial team considered to be the strongest responses to the brief, both aesthetically and conceptually.

You say the issue is a “kinky documentation of turbulent times.” How do you think kink, or the perception of it, has changed?
Being kinky is about being sexually free, and being able to have multiple partners is often perceived as being part of this freedom – even though it definitely doesn’t have to be. So being kinky in the past year wasn’t an easy task, but being kinky and practising social distancing is just a matter of creativity. It can be done, either while rediscovering and exploring our own bodies with the people from our close circles, or through exploring digital possibilities. In the end, being kinky is a mindset, so you can also adjust to the situation. 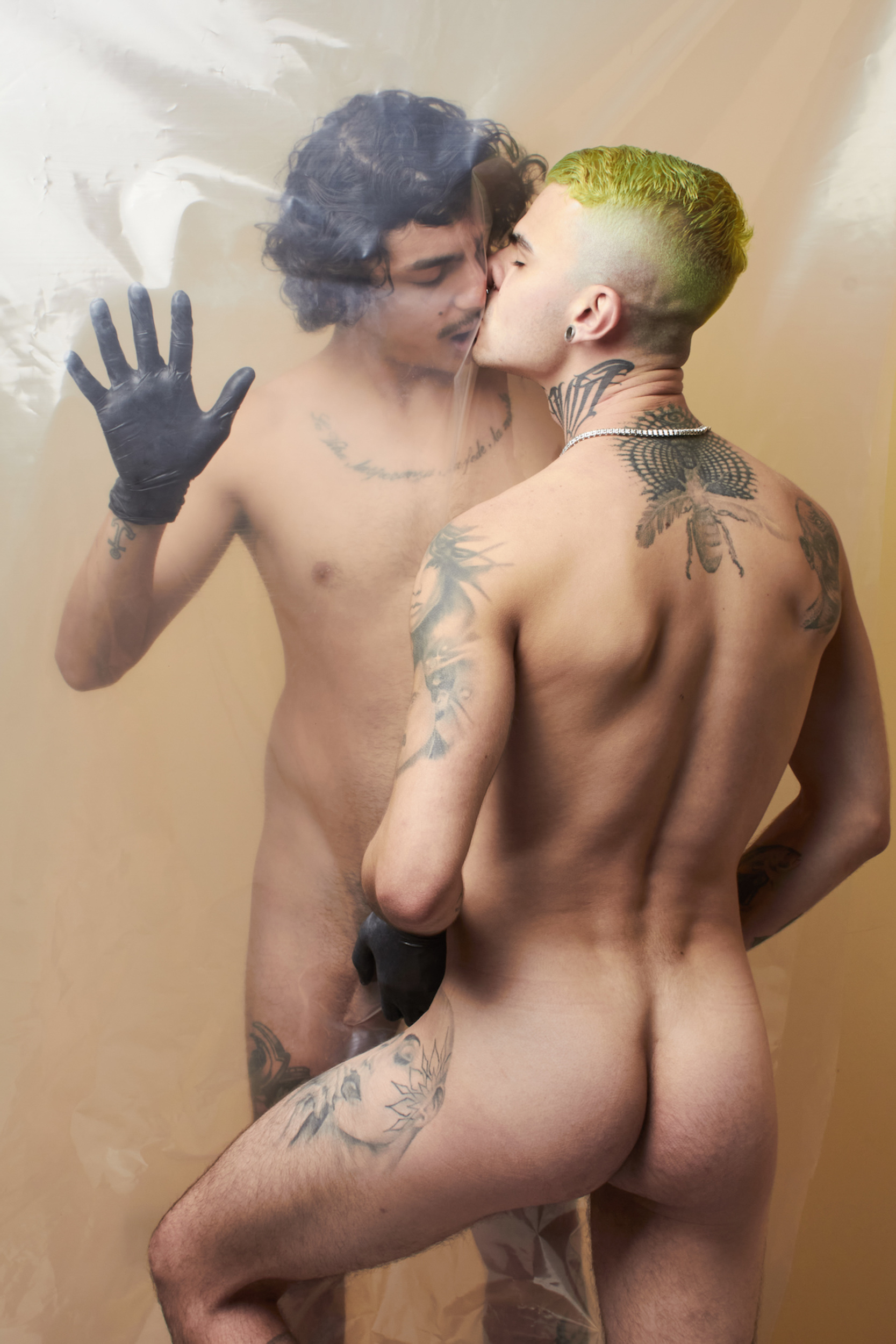 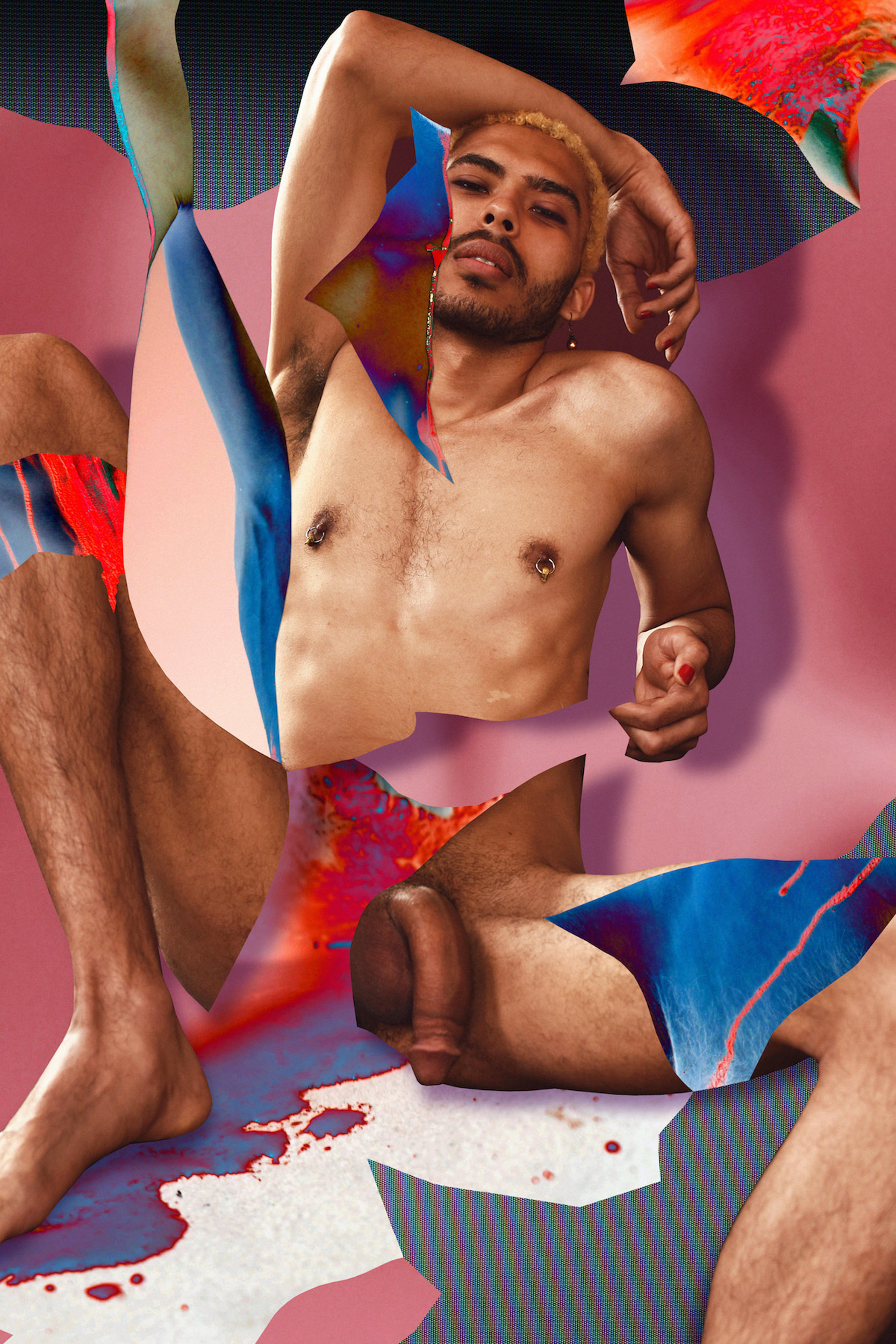 In your eyes, what does print do that digital mediums can’t?
When you print something, it becomes tangible. It’s an object that you can hold, keep, collect. We are always bombarded by so many images online, and they disappear from out in front of us as soon as we close our browser tabs or move to a different app. So, in a way, printing something still adds a lot of value to it.

The aesthetics in the magazine vary from photo to photo. What was the overall artistic direction? How long did that process take and what was it like?
Our artistic direction was mostly about being diverse, responding to the theme, then maintaining a specific style. We selected various types of work, including photography, collage, and digital art. It took us almost five months from the open call to when we could send it to print. But the entire process was really fun!

Fetish gear doesn’t really feature in the photos, and sexuality is more implied. Was this a deliberate choice in direction?
The majority of the work on the magazine is explicit, but we try to approach sexuality, porn, and fetish in a way that goes beyond the traditional. I think there’s something for every taste in the magazine, which is something we’re proud of – to cater to a wide range of sexual appetites. We also had to be mindful of certain cultural restrictions for artists working in places where overtly pornographic content could get them into trouble, but it was very important to us to also give them a platform. 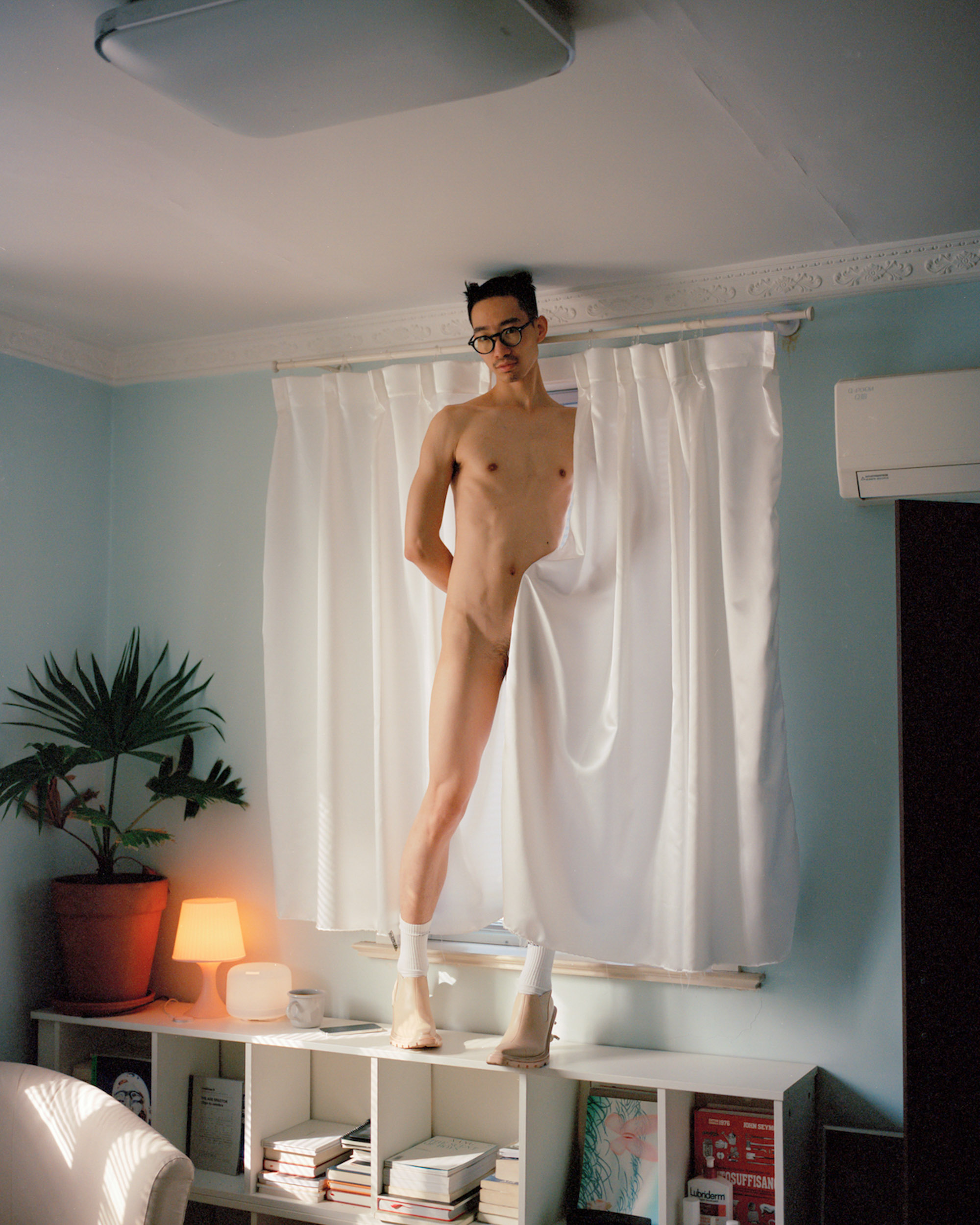 In the end, being kinky is a mindset, so you can also adjust to the situation. 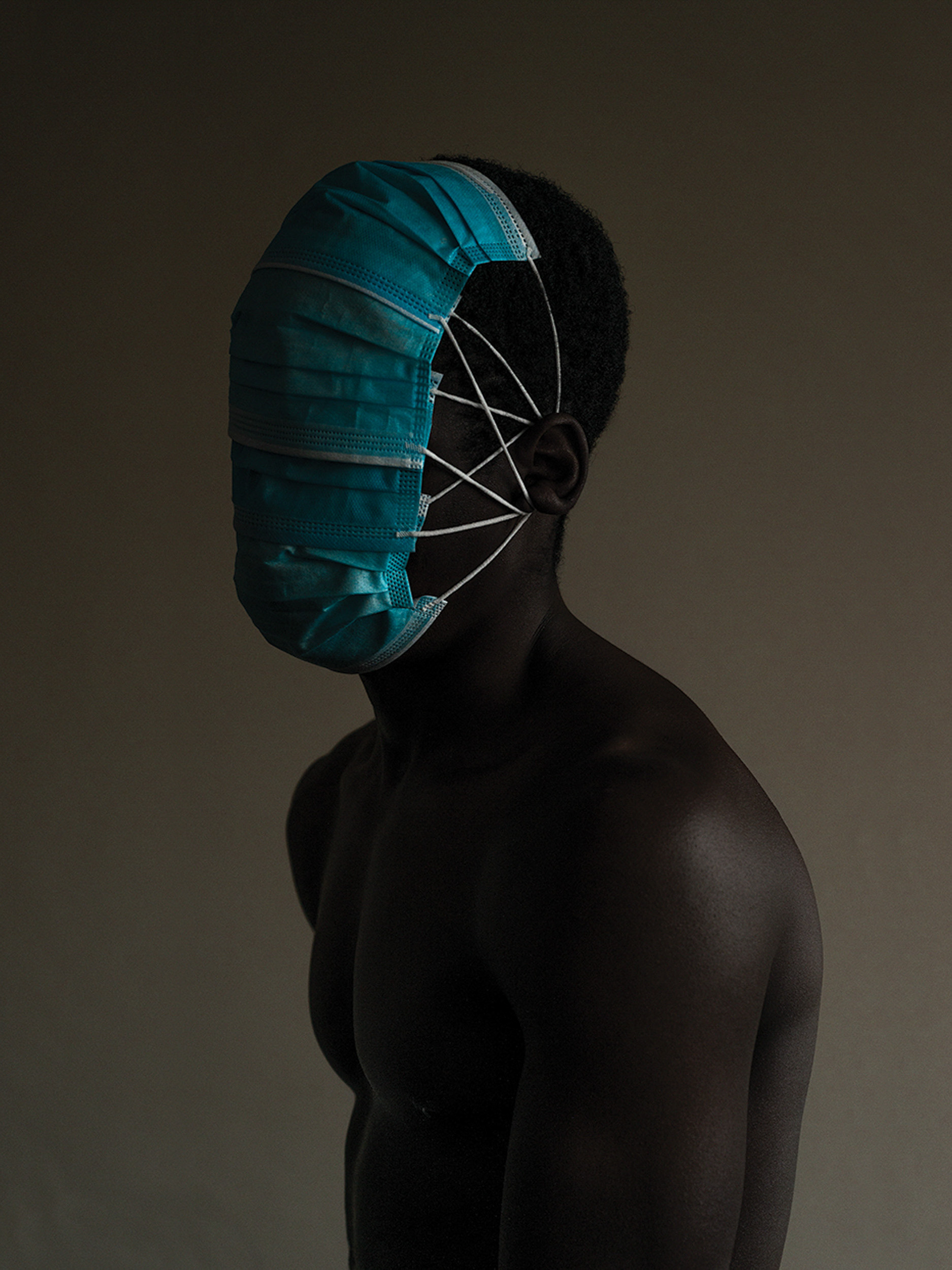 You float the question: “When Human touch becomes lethal, what happens to our bodies, our sex, and our art?” Do you have an answer?
We believe that this is a question with several answers, and that’s why we have decided to feature so many different artists in this edition. It’s amazing to see people around the world have a truly innovative approach to sex. For many of us, 2020 was still a sexual year.

What’s next in store for Pornceptual?
We’re in the process of developing a new project that will be launched in September 2021. It’s something we have been planning for a long time, so we’re very excited to finally bring it to life. This project will further establish Pornceptual as a content production platform, beyond events. Nonetheless, we hope that in summer the restrictions will allow us to do smaller outdoor events, and that in a near future we are allowed to throw indoor parties again. We definitely miss our parties!