Stripping down the art and politics of Pornceptual 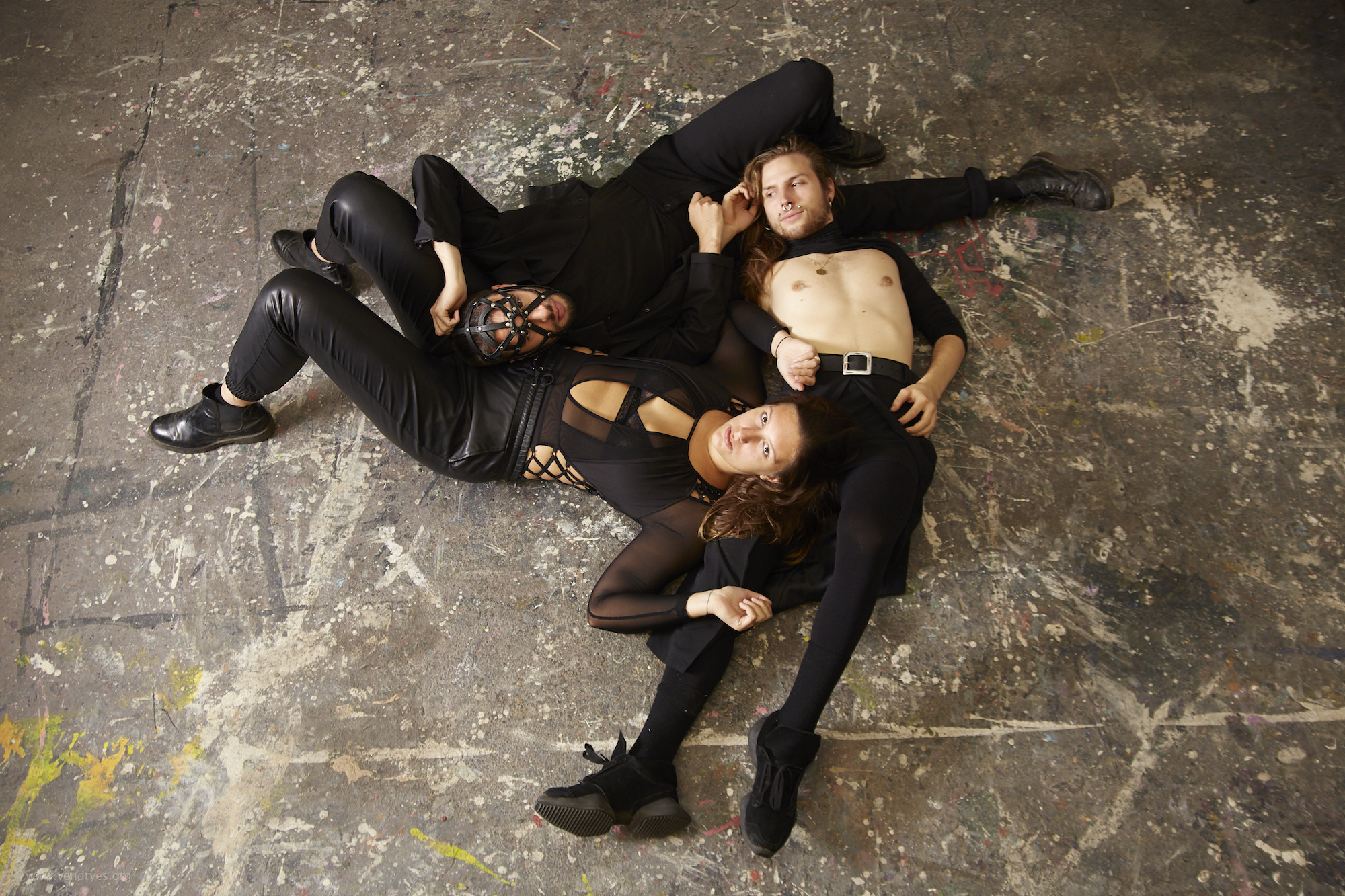 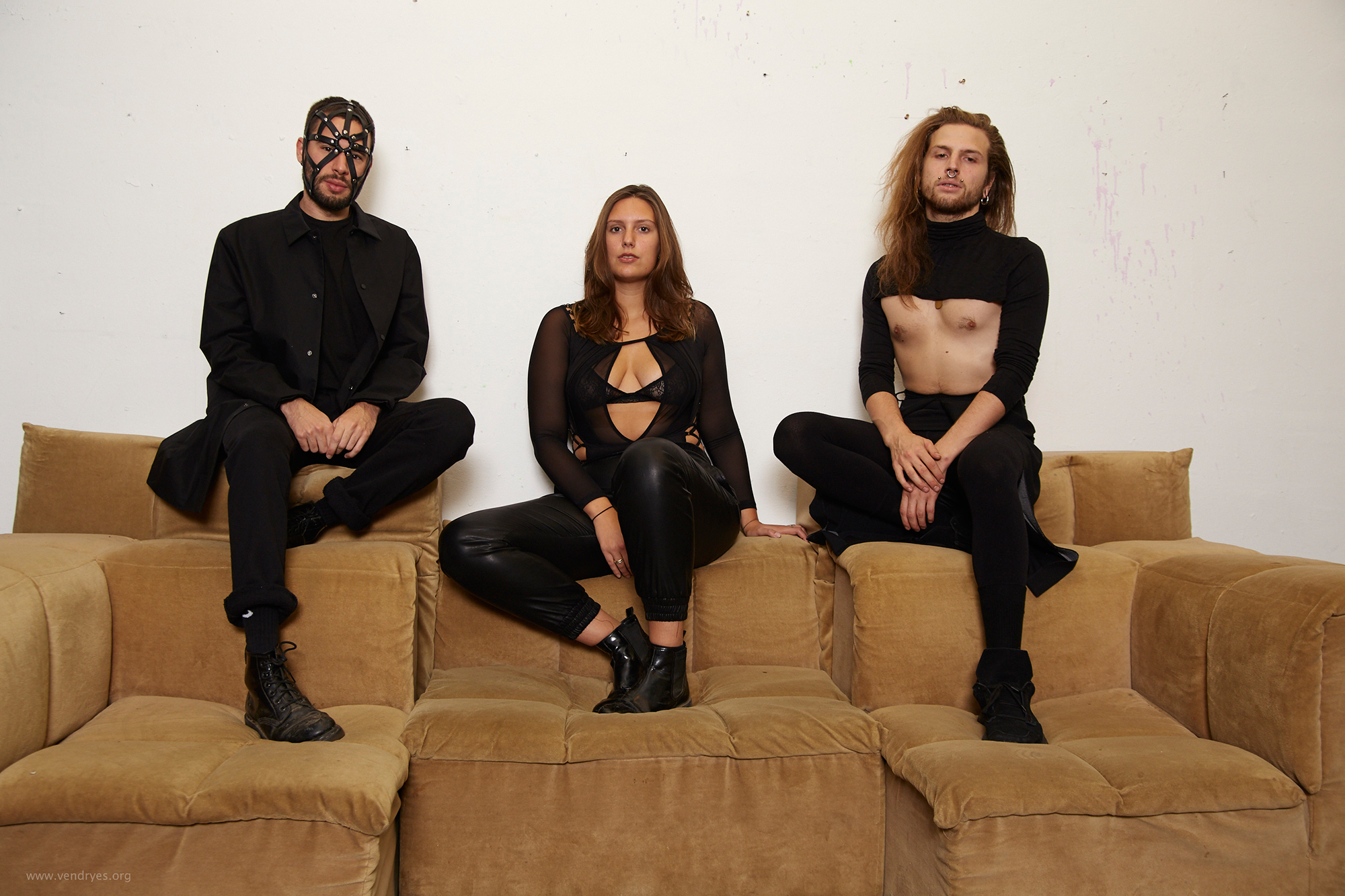 One thing that never ceases to amaze me about Berlin is that it’s completely normal to get up in the small hours of a Sunday morning and head to a nightclub. Recently I found myself doing just that, after dragging myself out of bed and traipsing off to the bathroom. Standing under the shower, it dawned on me that I’d never set foot in a sex party. As steam filled the room, the quasi-virginal connotations of experiencing something for the first time not only seemed ironic given the circumstances, but also filled me with a sense of apprehension.

The ensuing rave was a hedonistic maelstrom of open sex, casual exhibitionism, and loose dancing.

After a short U-Bahn ride, I alighted at Jannowitzbrücke and set off towards Alte Münze, an intimidating building that served as Berlin’s state mint until the mid-2000s. It wasn’t long before I spotted a gaggle of people further down Stralauer Straße who looked like punters, a relief to see some life after my solitary sojourn. Getting closer, I noticed a substantial queue. Having bought a ticket in advance I skipped the line and spoke to the door attendant, who I’m fairly certain instantly clocked me as a newbie.

“So what are you going to be wearing tonight?” he asked. Unsure of what to say, all I could muster was an unconvincing, “Er, maybe I’ll take my shirt off?” Answering with a playful laugh and a wry “maybe,” he ushered me through the door. Crossing the threshold and into the cloakroom, I was confronted by a bizarre Neo-Victorian awkwardness of not knowing where to rest my eyes. People were stripping themselves of more than their jackets.

The first thing that struck me as I descended into the old mint’s underbelly was the thick smell of sweat that filled the air, coupled with the greasy film of it that clung to the ceiling. As I weaved through the crowd of revellers, many of whom were in various states of undress, I came across an array of debauched attractions, including a cinema screening arty porno, two installations and a bordello-style photo booth. The ensuing rave was a hedonistic maelstrom of open sex, casual exhibitionism, and loose dancing, buoyed by a soundtrack of thunderous techno and pulsating 4/4 house. It was very, very fun. A few hours later, I’d had my fill. On the way home, I pondered what it all meant, deeply intrigued to learn more.

There’s much more to Pornceptual than Caligula-style merrymaking. In fact, when the project was kickstarted five years ago, parties weren’t even part of the plan. Eager to get the scoop, we met with three of Pornceptual’s key team members: Chris Phillips, Raquel Fedato and Justus Karl. Sat in the garden of Kreuzberg’s Südblock on an unseasonably balmy autumn afternoon, the trio of twenty-somethings bare all, figuratively speaking that is.

Chris, as the founder, is the first to begin on how Pornceptual emerged in 2011. Originally from Brasília, he reveals how he initiated the project in Brazil’s capital as a means to express his own sexuality. “I always say that the project has a very personal motivation behind it,” he begins. “I come from a super conservative and religious background, and I think this really repressed me sexually.”

Chris’ admission is intriguing; it doesn’t really fit with the stereotype of ‘sexy Brazil’. From the perspective of a naïve outsider, the tacit carnality threaded through Carnival and Copacabana seems anything but inhibited. Apparently that’s something of a fallacy. “It’s a huge misconception to think that Brazilians are very free sexually. It’s one of the most reserved countries when it comes to sexuality,” Chris explains. “The way they control sexuality is crazy, a woman can get arrested on the beach if she goes topless, but at the same time they sexualise nudity.”

Raquel, who hails from São Paulo, agrees. “The biggest mistake is when people say Brazil is such an easy-going nation – it’s not. Everything is based on the idea that men are further up the hierarchy than women. And men have the right to do whatever they want and women have to just follow,” she says. Chris also explains how this culture of machismo makes it a dangerous place for queer people: “Homophobia is rife. I’ve had so many horrible experiences when I really feared for my life. I genuinely thought I would be beaten to death just because of my sexuality.”

This rigid environment inspired Chris to establish Pornceptual. He says that the project began as “an online platform for people to show different sides of their sexuality.” “It felt great that the project offered me a safe place where I could have a voice and express myself,” he adds. However, after a small hiatus, Chris’ decision to move to Berlin in 2012 afforded him the perfect opportunity to harness Pornceptual’s latent potential.

The freedom you get here is so special, it was great to realise I was in a city that offers this.

Few places can vie with the ultra-liberal setting that Berlin gifts its inhabitants. Historically speaking, it’s a city with a longstanding tradition for being incredibly accepting and tolerant when it comes to sexual preferences. In addition, events like The Berlin Porn Festival, now in its 11th year, showcase a more sundry side to pornography than the infinite plethora of hardcore flicks that plague the internet. Chris agrees that Berlin and Pornceptual are a match made in heaven. “It was really important to move to a place like Berlin. The project is what it is because we’re here,” he says. “The freedom you get here is so special, it was great to realise I was in a city that offers this.”

Though both are Brazilian, Chris and Raquel got to know each other through mutual friends soon after relocating to Germany. “We met at Homopatik and had this long talk about Pornceptual and the future of the project,” she explains. “Chris mentioned he needed someone who had experience with media and marketing, which happens to be my background.” They decided that Chris would steer Pornceptual’s artistic direction, and Raquel would preside over the financial end of things. 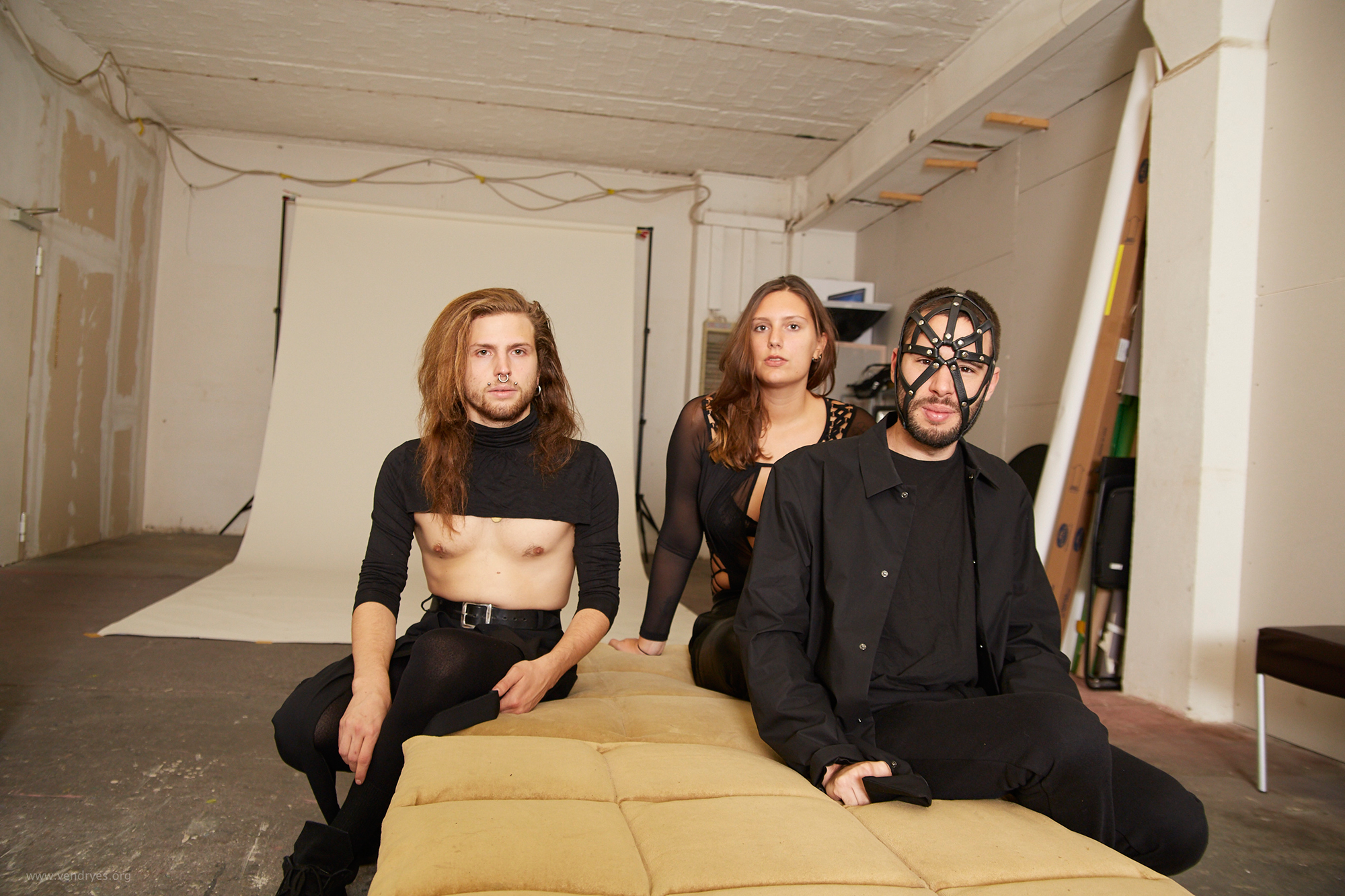 Raquel continues by explaining the a struggle of getting a representative cross-section of models up on the site, especially when it comes to body shapes. “Over the next few months we’ll be focusing on having more diversity on the web page. Most of the people who’re happy standing in front of the camera naked tend to be hot,” she admits. “People who don’t feel comfortable with their bodies are less likely to want to pose, and we’ve received criticism for not representing them.”

This kind of reflexivity extends to Pornceptual’s approach to booking. Having hosted over 40 events to date, each with a different theme, the group are keen to ensure that at least 50% of the acts they roster are female. “Berlin’s nightlife is sexist,” Chris claims. “Promoters should book more girls, but it’s not happening. Even big clubs like Berghain aren’t doing it.”

Recently, the group launched their online shop. Showcasing small labels such as UY Studio’s Berghain apparel, Fifth Element-style harnesses by London’s Elastigear, and handcrafted jewellery by French silversmith Gaëten Essayie (some pieces of which retail in excess of €600), it’s fair to say that the store is a bona fide emporium of fetish wear. 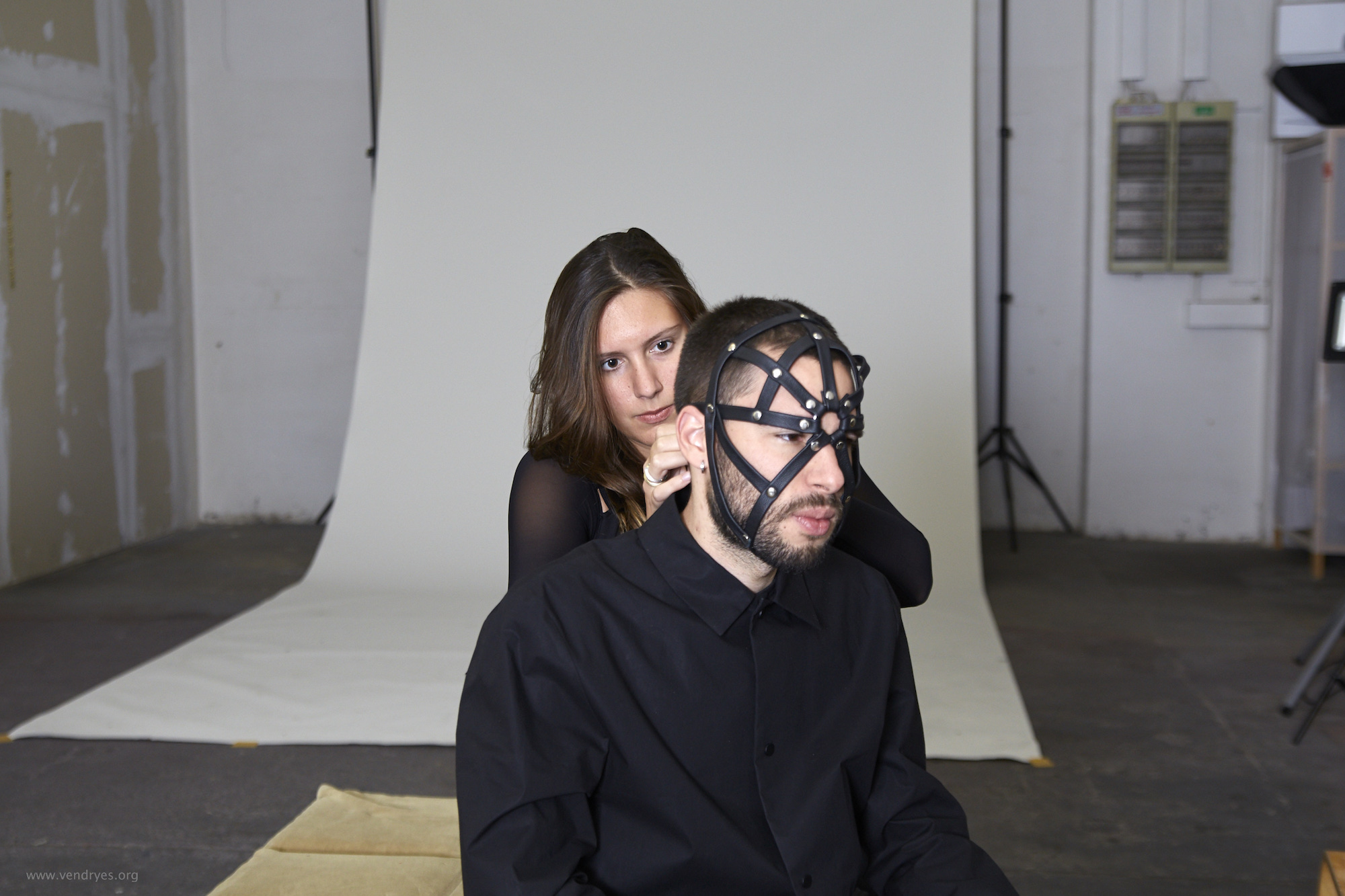 Justus, the newest addition to the Pornceptual team, chips in with a salient rejoinder. “We’ve been attacked on the grounds we exploit the fetish scene before,” he says. “I think it’s a really narrow-minded stance if you can only see fetish’s so-called ‘realness’ in really hidden spaces. It’s a weird view on liberating yourself if you can only partake in fetish behind closed doors.” Chris is also outspoken when it comes to this line of critique: “We’re putting fetish gear in a different context and presenting it as something you shouldn’t be ashamed to wear. It’s something you can wear outside of the fetish scene too. We’re not trying to change any meanings here.” 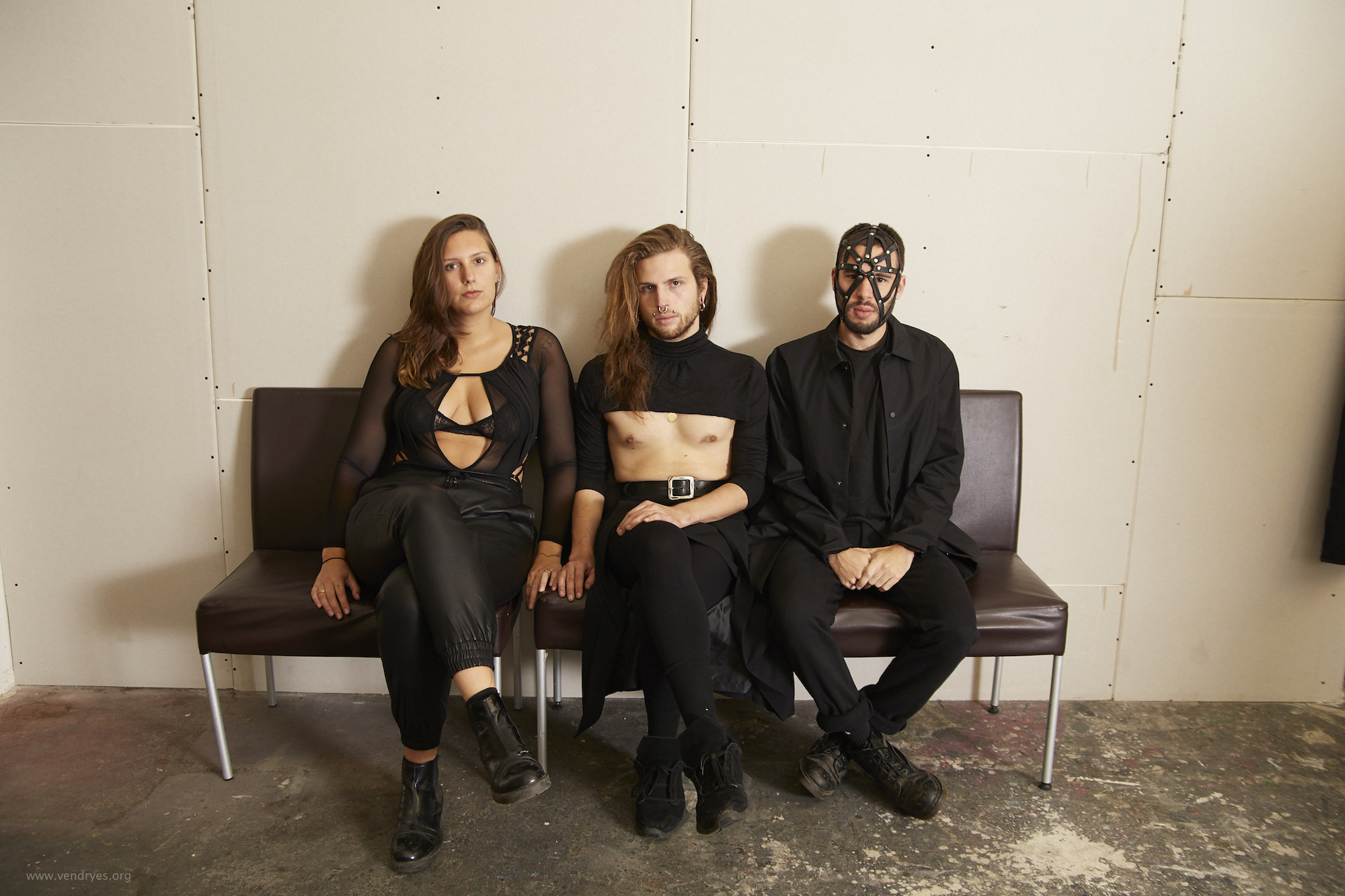 Our discussion eventually returns to Pornceptual’s coveted events. This time, however, the topic of cultural appropriation arises, a contentious issue that is by no means confined to Berlin’s nightlife. Agreed, Pornceptual isn’t indiscriminately exploiting queer expressions for material gain. However, are its loyal partygoers really in tune with the concept’s underlying principles, or just on the prowl for Berlin’s next big thing?

We don’t want it to become a tourist attraction, it’s crucial that people understand the project.

“Maybe not all of the people who come, but I’d say most of them appreciate what we’re about,” says Chris. “We do have to be careful, and that’s why it’s important for us to have a door policy.” Raquel reasons that cautious selection is central to preserving the project’s integrity: “We want new people to join the party. But we also have to choose the right people. If guests come with the right mindset and attitude, then the door is open.” For Chris, it seems that there’s also an element of protection at play here. “We don’t want it to become a tourist attraction,” he admits. “It’s crucial that people understand the project.”

So what does the future herald for the ambitious collective? With plans to publish the third installment of their print magazine, and proposals to crowdfund a ‘Pornceptual Academy’ where people can collaborate with the project offline, things look characteristically busy. “One day we might stop being culturally relevant,” says Chris. “But I truly believe that right now we are, and there’s still a lot to do.” It’s hard to fault the ethos behind Pornceptual. Whether it’s tackling the challenge of queering the porn industry or throwing a party of unrivalled decadence, one thing’s for certain: only in Berlin could such a novel yet relevant project come into being, and thrive.

Learn more about the project and how you can get involved on their website. 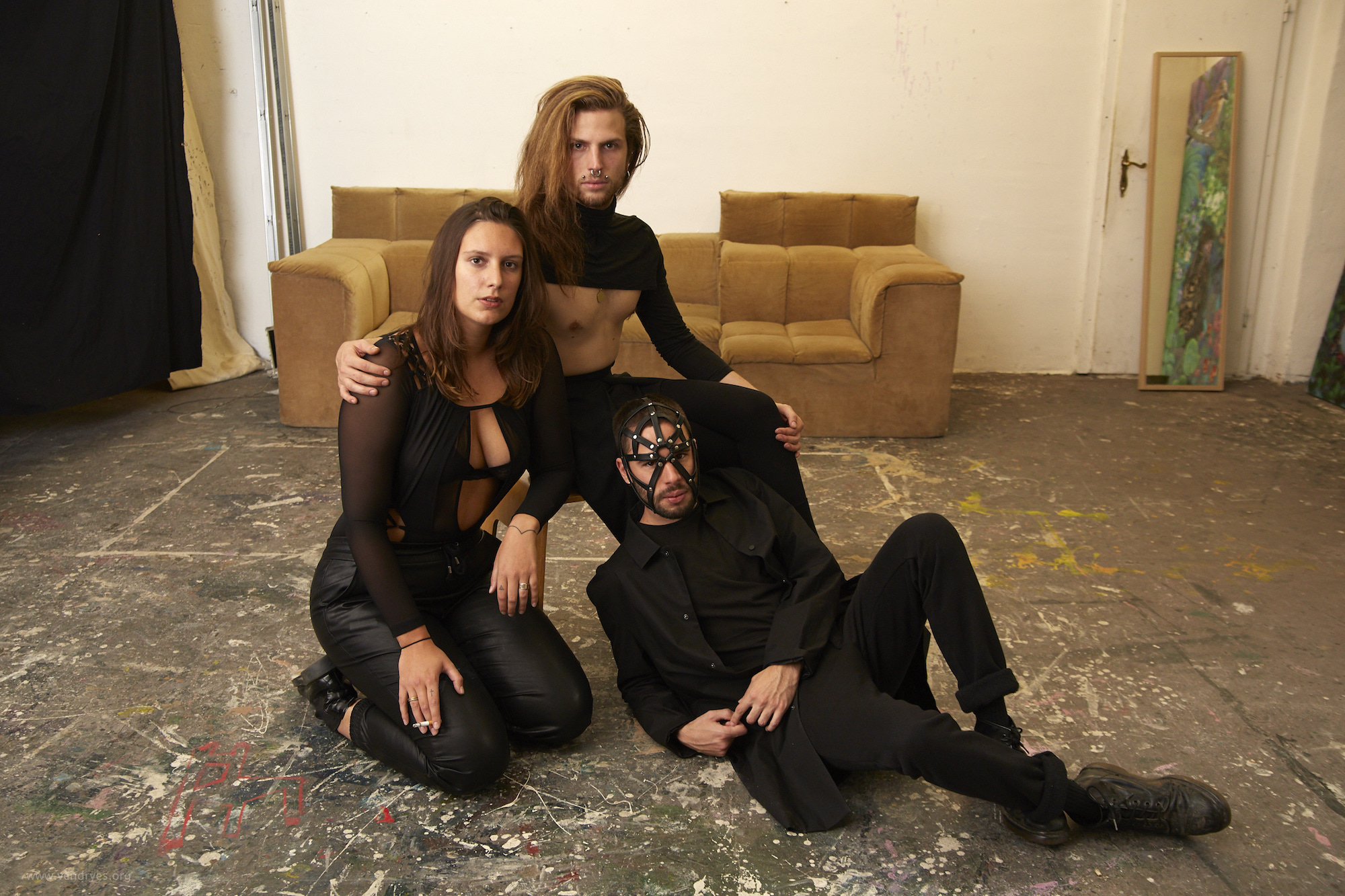