Ola Mydzynska on sex tech, how women changed an entire industry, and the Sx Tech Conference 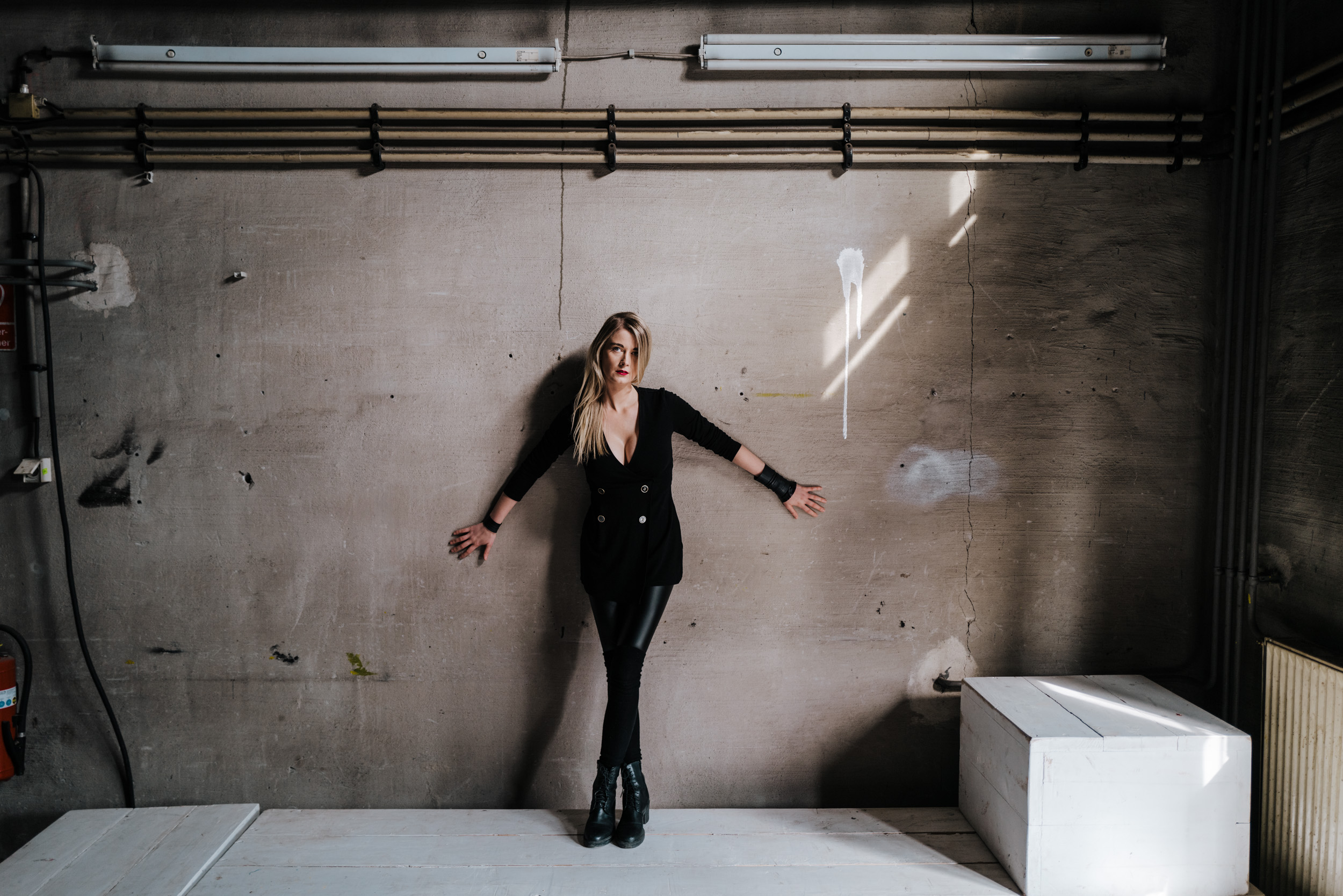 Revolutionising pleasure, heightening orgasms, and changing perspectives about sex, sexuality, and gender identity – sex tech is changing the way we think about intimacy. One of the fastest growing sectors of the tech industry and led primarily by women, sex tech is about more than just sex toys; it’s about empowerment. Ola Mydzynska is one of the industry pioneers heading up the Sx Tech conference, usually held on-site in Berlin but going digital this year. She’s passionate about sex education, the female voice, and pleasure.

Ola was working as a researcher and start-up facilitator in the tech industry when she found out about sex tech. Also dubbed the Blue Ocean industry, sex tech is a new, rapidly growing sector with plenty of space for innovation and evolution. So far, women have been making the biggest waves for change. This means that the industry is positioned towards developing products that are focused on female empowerment and pleasure.

Ola decided to bring like-minded people from the industry together and organise the Sx Tech conference – an event that provides a space for those working in the field of sex tech and sex-positive people to meet. The conference generally features exhibitors, speakers, and a wide variety of panel discussions exploring the present and future of the industry. This year, due to lockdown measures, the conference will be happening digitally starting on November 20th. Webinar and panel discussions will cover topics ranging from risks and well-being on dating and sex apps to the future of sex robots.

LOLA sat down with Ola to talk about the upcoming conference, sex education, female empowerment, technology, and, of course, pleasure. 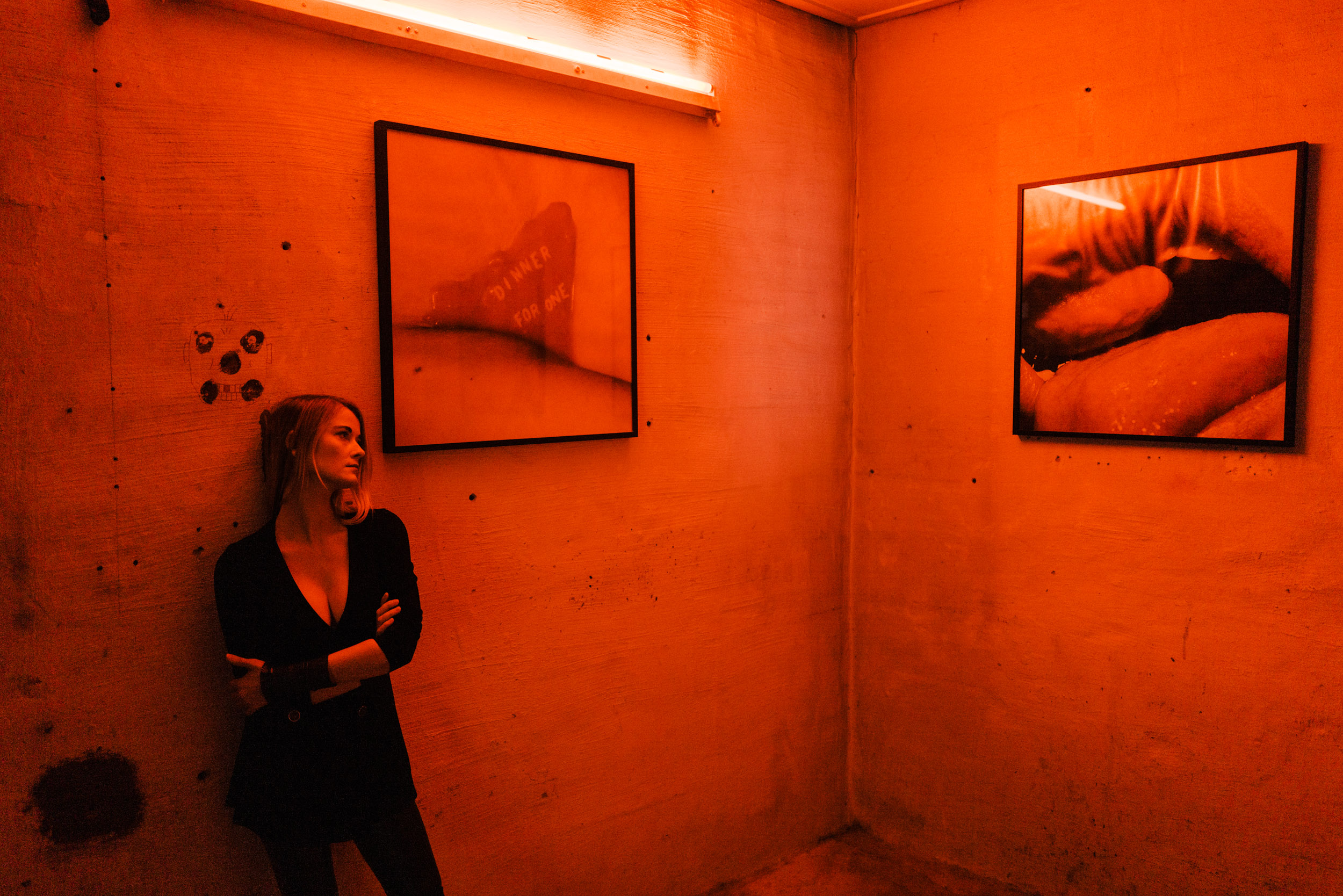 Why did you start organising the Sx Tech conference?
It started when I was facilitating deep tech conferences. It was my responsibility to bring the most innovative products to the stage, mostly from different branches of artificial intelligence. I discovered that the most innovative product on the market at the time was actually a sex robot. It was obvious to me that we had to bring it to the stage in the tech world, but that wasn’t possible because people wanted to keep the curtains closed on the topic. They said that a sex robot wasn’t ethical because it’s designed for pleasure. I thought to myself, “Seriously? We have our hands on the most innovative product in the market and they just say no!” Truly mind-blowing. So I started studying sex robots and found out that there is a whole industry, mostly operating in the shadows, called the sex tech industry. The industry is wrongly associated with porn and the adult industry. We call it the Blue Ocean industry because there is so much space for innovation and new products.

I also thought to myself that this industry is different because most founders are female. That is something you don’t experience an awful lot in the tech world: an industry represented by a lot of female product designers holding important positions. 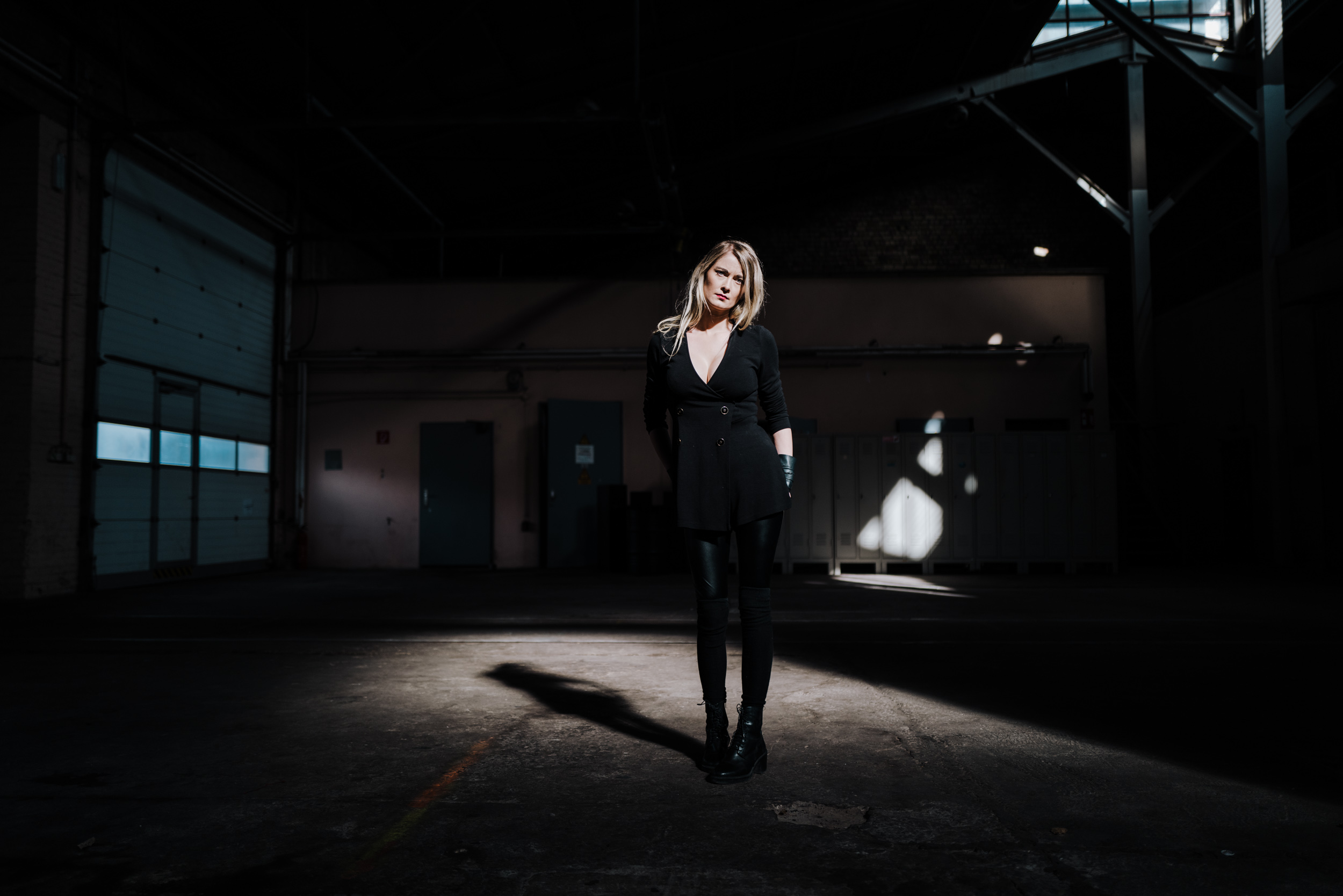 This is a new start – a new revolution of sex, sexual wellness, and health. 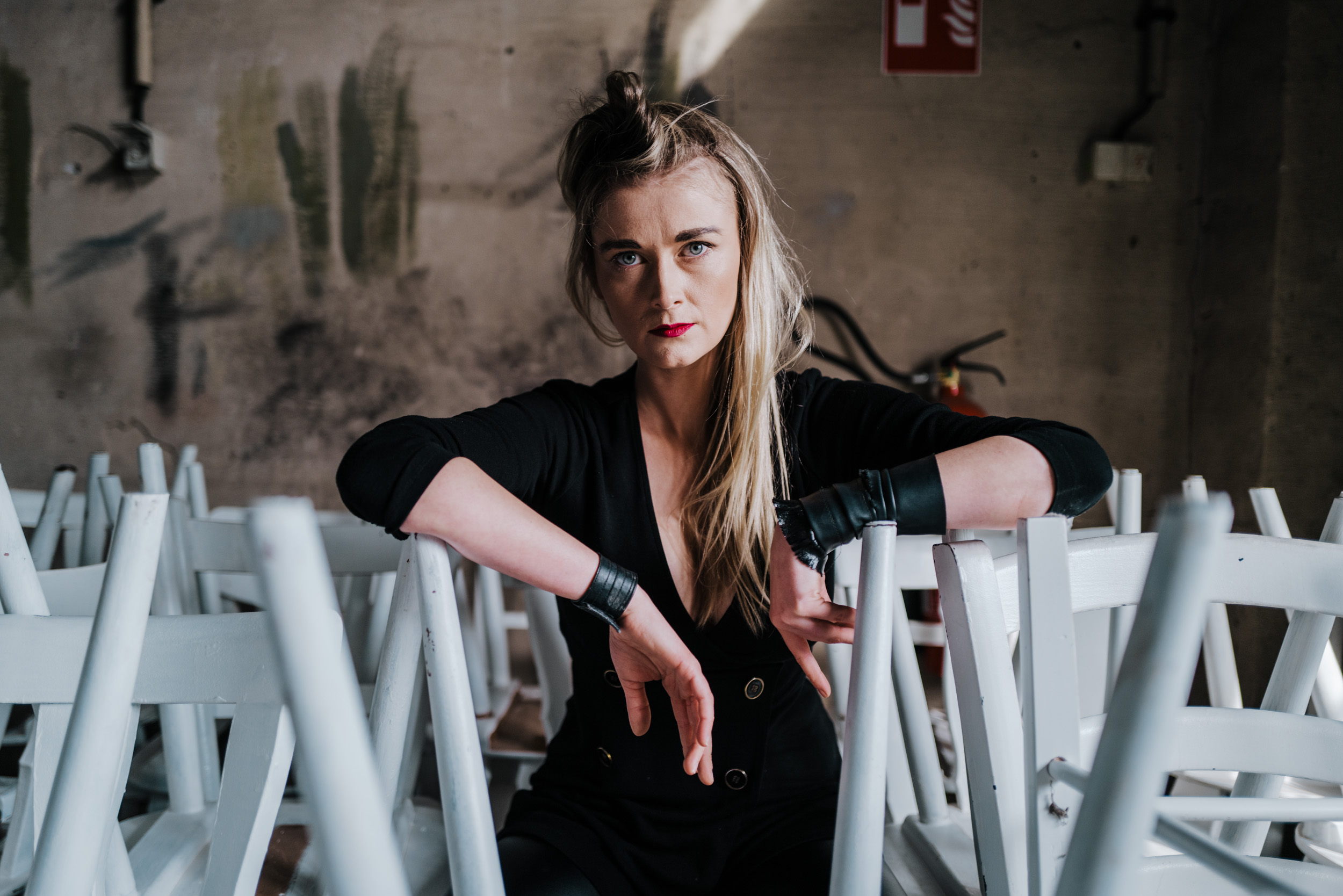 The reason they had the wrong approach to sex toys is that no one had really deeply studied female pleasure before. In fact, there has only been an anatomical study of the clitoris since the late 90s. Products that were designed previously didn’t consider female pleasure and weren’t correct from a technical perspective. They would, for example, overstimulate the clitoris. This is a new start –  a new revolution of sex, sexual wellness, and health.

How do you think sex technology has influenced the way people engage with sex?
Statistically, every third person worldwide is swiping left or right on Tinder when they’re on the toilet in the morning. At this point in time, you can basically order a date like you’re  ordering a pizza. It’s also not unusual at all that technology is an extension of your sexuality. Remote control sex toys have experienced a 65% boom during the corona crisis, because the pandemic makes people stay at home, but also makes them more sexual. It’s pretty empowering to be able to control your own orgasm patterns. 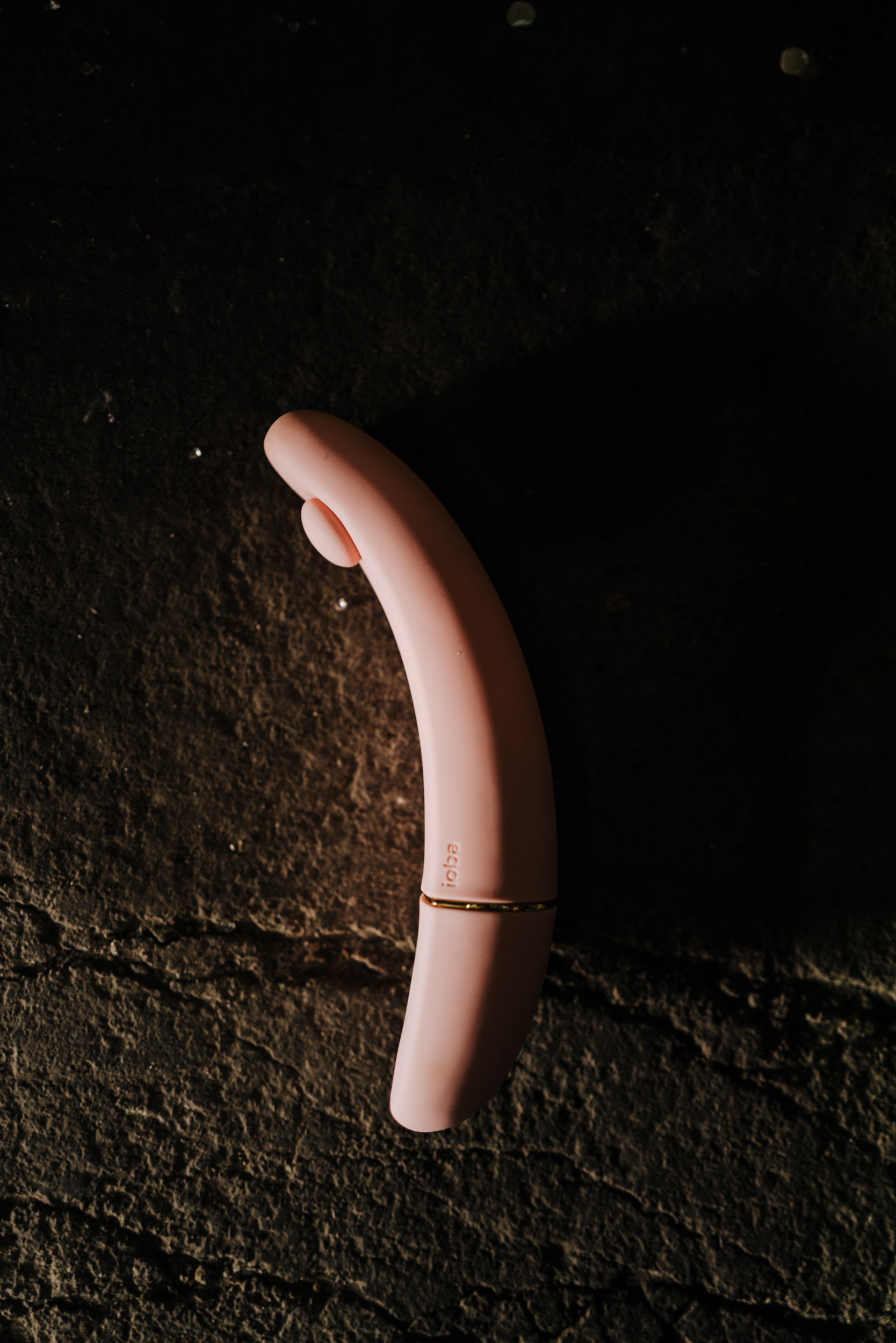 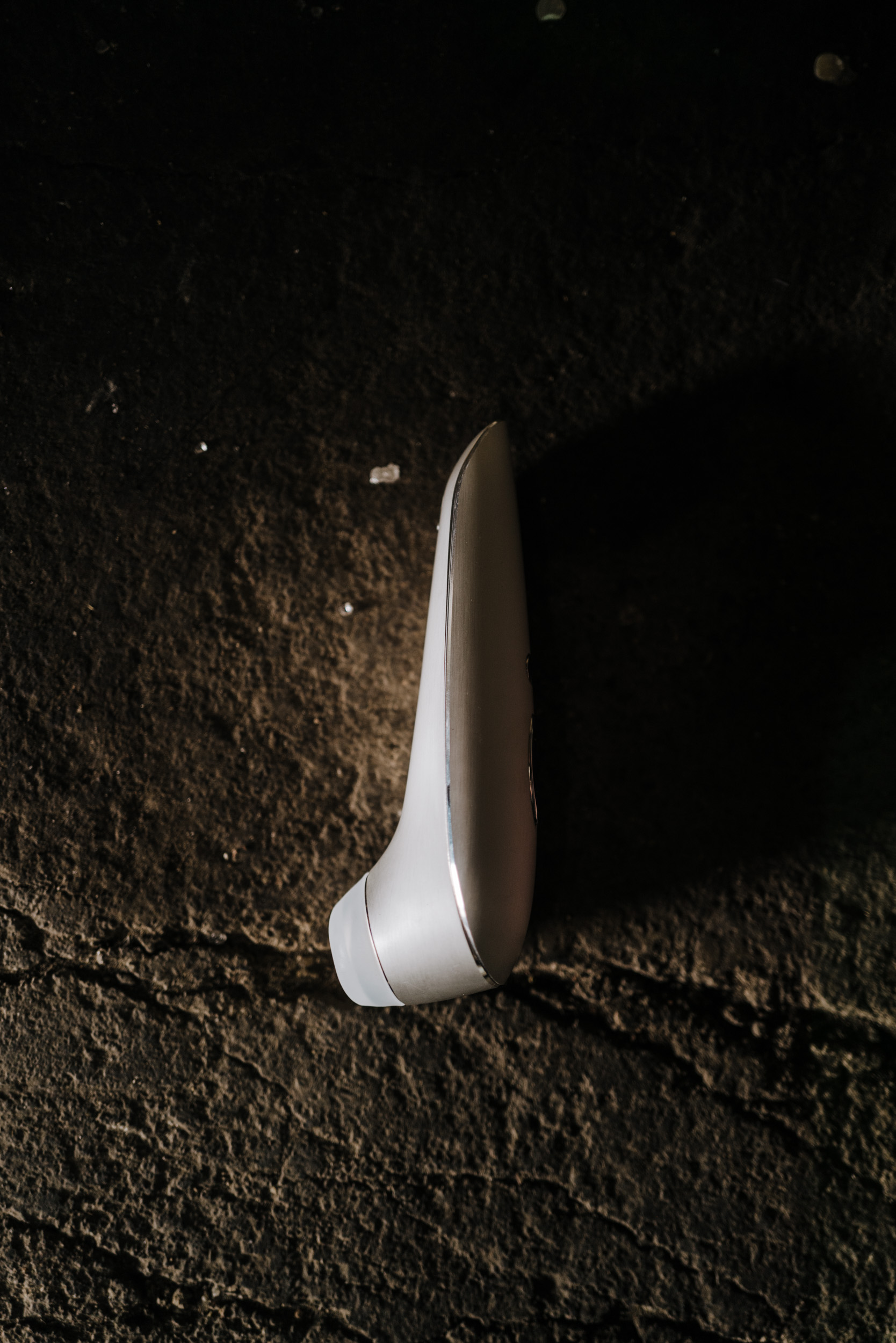 This is going to be the future of sex tech: to normalise products that are still surrounded by controversy, shame, and taboo. 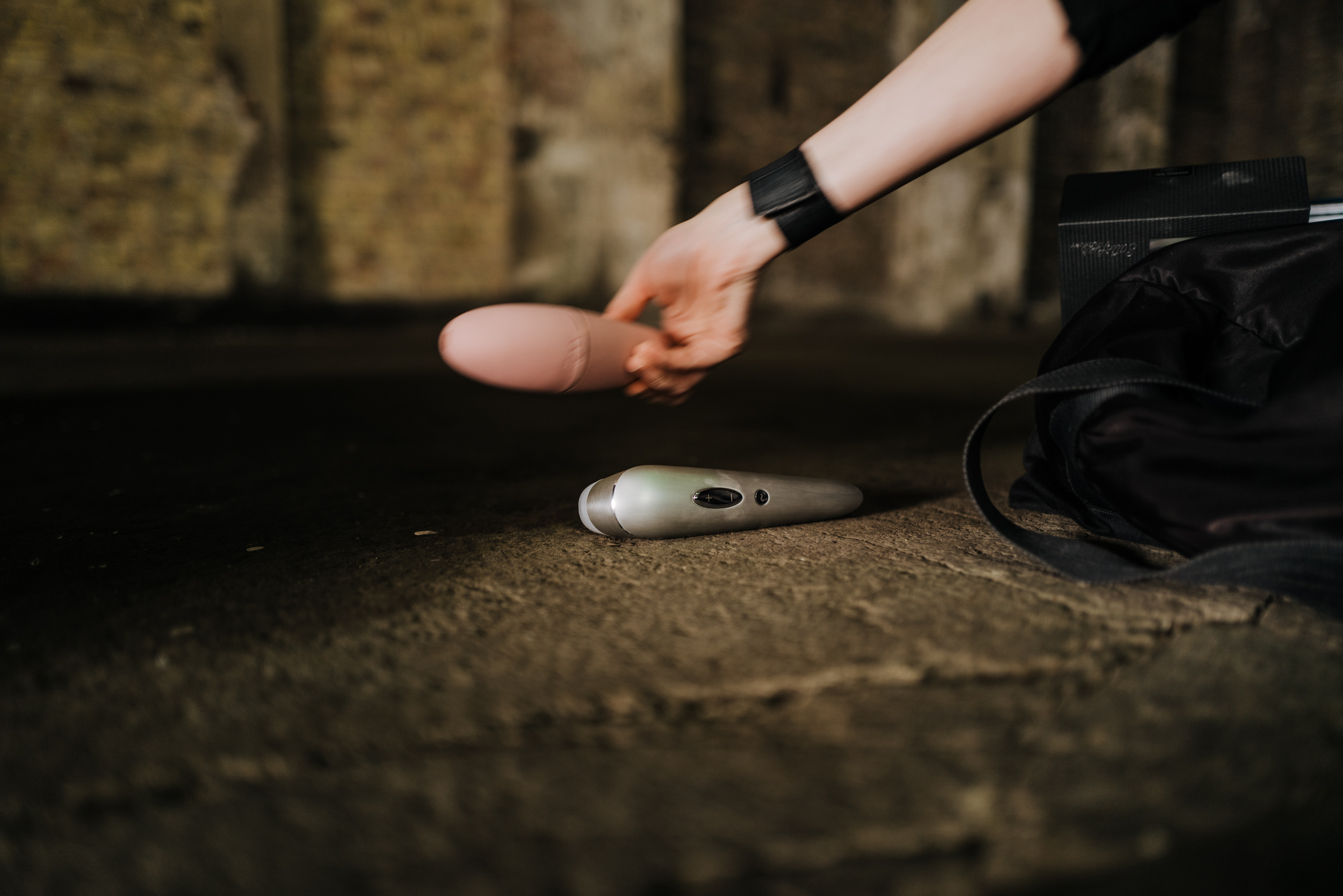 And from a female perspective?
When talking about female empowerment, it’s all about general sexual empowerment because, in general, human sexuality is very, very complicated. Certain sexualities are often stereotyped – it’s very hurtful to say that males are more sexual than females, or that women are more fragile than men when sexuality is so complex.

If you look at it from a female perspective, we aren’t focusing on pleasure as a side effect of reproductive health anymore. Once you finally separate reproductive health and pleasure, you realise that the female organs don’t exist just to make babies. They’re not necessarily a tool for reproduction; they exist in their own zone.

However, there are a lot of countries where there are a lot of taboos, which makes it very hard to empower women. If you look at Poland, which borders Germany, it has one of the most categorically restricted abortion laws. So when we talk about empowerment, it’s great that this has all happened within the sphere of technology. Thanks to digitisation, we have more global access to it. In a lot of countries there was no access to education like that previously. People are learning about gender identity, even if it’s practically illegal to express it in some countries. Sex tech is uniting people globally to help educate themselves better.

Are there any areas where sex tech is being used in surprising ways?
This year we will talk a lot with medical communities. As we understand it, when you have a problem with endometriosis (tissues growing outside of your uterus) or menopause, you go to a specialist’s office. But a lot of them aren’t properly equipped. If you go to your gynecologist, forget about it! If you go to your GP, they had a total of ten hours of sexual education during a six year medical studies program! We created this program to support medical communities, educators, and therapists in facilitating their daily work by applying and utlising sex technology. It can apply to any group: parents, teenagers, couples, and to people of any age and any gender. 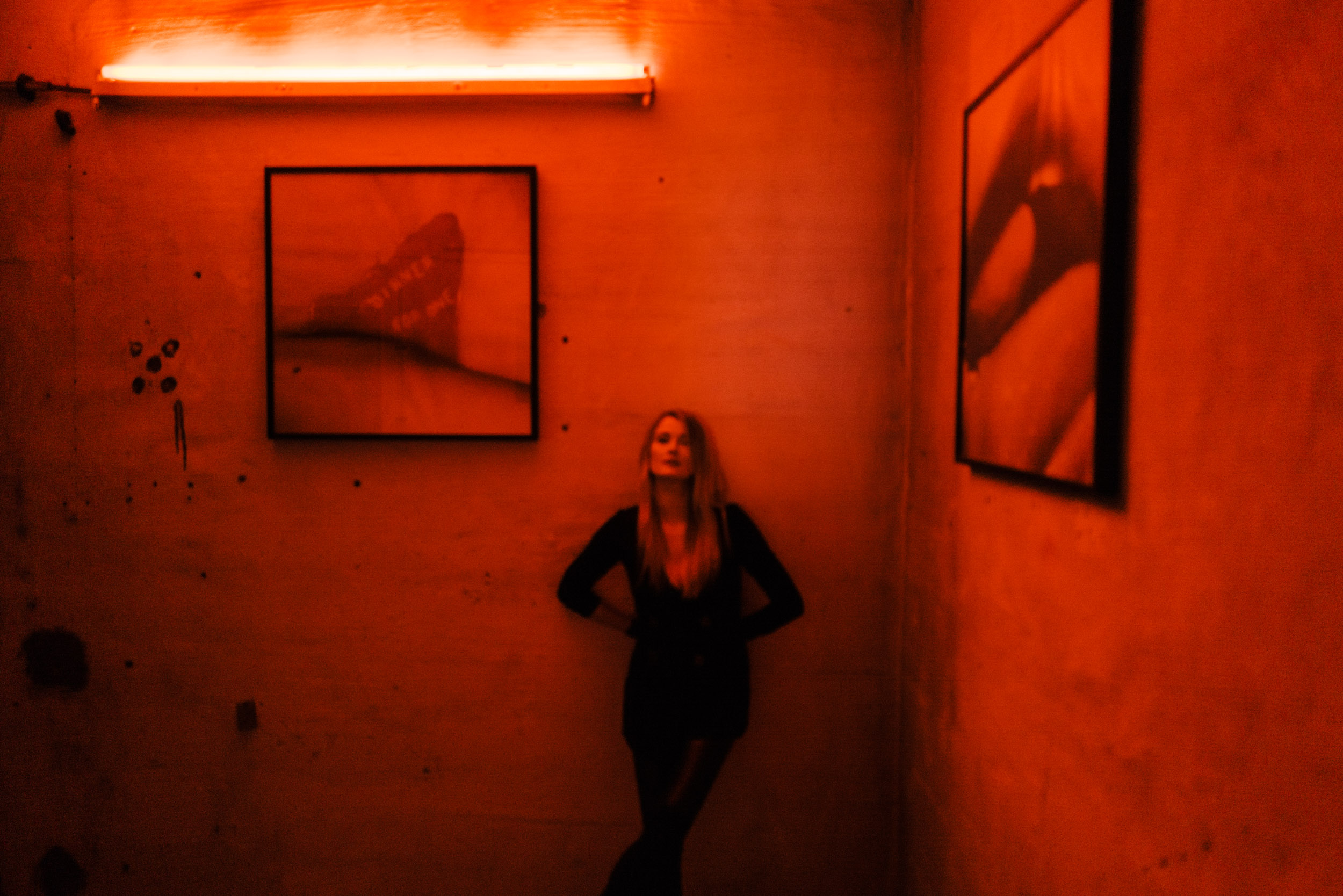 What do you think is the future of sex tech?
Well, the media love to talk about the future of sex tech from the perspecitve of deep tech development or the use of artificial intelligence and VR. Fifty years ago, people were thinking that we would have flying cars. People imagined Black Mirror-like scenarios where sex robots walk around taking our jobs and replacing women. This is definitely nowhere near reality, and this is not going to happen anytime soon!

Also, for the first time we have products on the market for the sexual education of adults. And right now, there’s the biggest boom in the industry. There are also apps that support both reproductive and emotional health. There are break-up apps on the market too – I tried one when I went through a breakup last year. The apps measure your emotional state and help you recognise red flags in your relationship. I’m sure this is the next big thing. 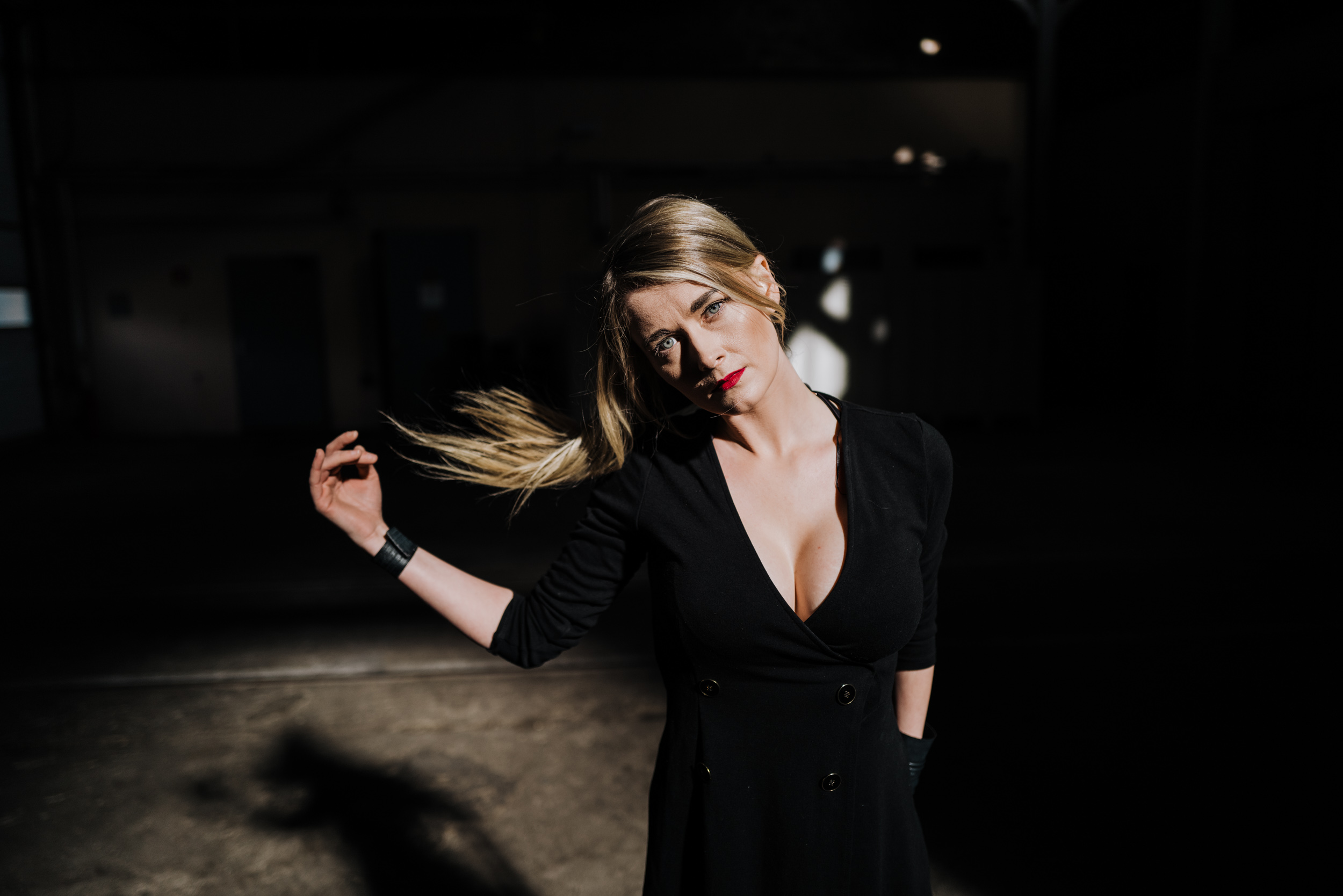 What about sex robots? I saw that Kokeshi, a robot with a consciousness, is visiting the Sx Tech convention next year.
Kokeshi is a silicone doll. She is connected to audio, and a real person speaks to you through her. Not knowing who the owner of the voice is when you talk with her sparks a different level of interest. At our conference [next year], Kokeshi will be in a big room where you can have a one-on-one experience with her. I personally had a one-hour experience with her, and it was a very sensual journey. You can design it any way you want – you can have intercourse with her if you want to, or just talk.

Has sex tech impacted your personal life in any significant ways?
It has unlocked a lot in me, because once in my life I was in a super unhappy sexual relationship. I learned a lot from technology and was able to heal a lot in me that needed to be healed. I learned to be proud of my femininity and sexuality. The problem is often that people from outside of the sex tech world think that we know everything about sexuality. It has often happened that people come to us, open themselves up, and ask us for advice. I don’t want to be placed in the shoes of a therapist, because I am not a therapist, nor am I a coach or an educator. People see us and they think, “You must have like ten orgasms a day because you work with sex tech,” but that’s not the case.

The Sx Tech conference will take place digitally starting on the 20th of November, and next year the conference will return to its on-site format in Berlin. To find out information about this year’s online program or to read more about the conference, visit the SX Tech website. 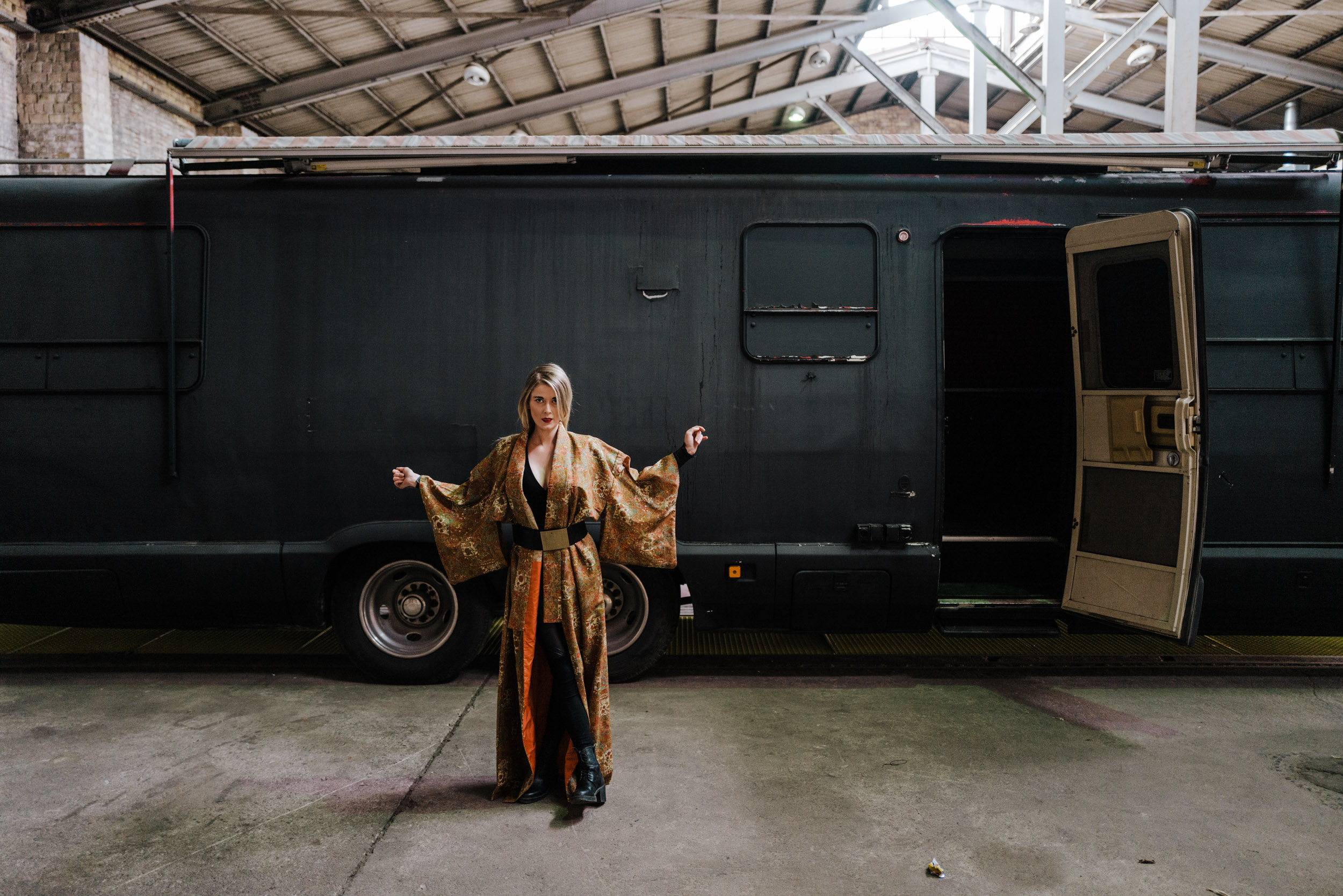