Our recommended play pens for the curious and open-minded 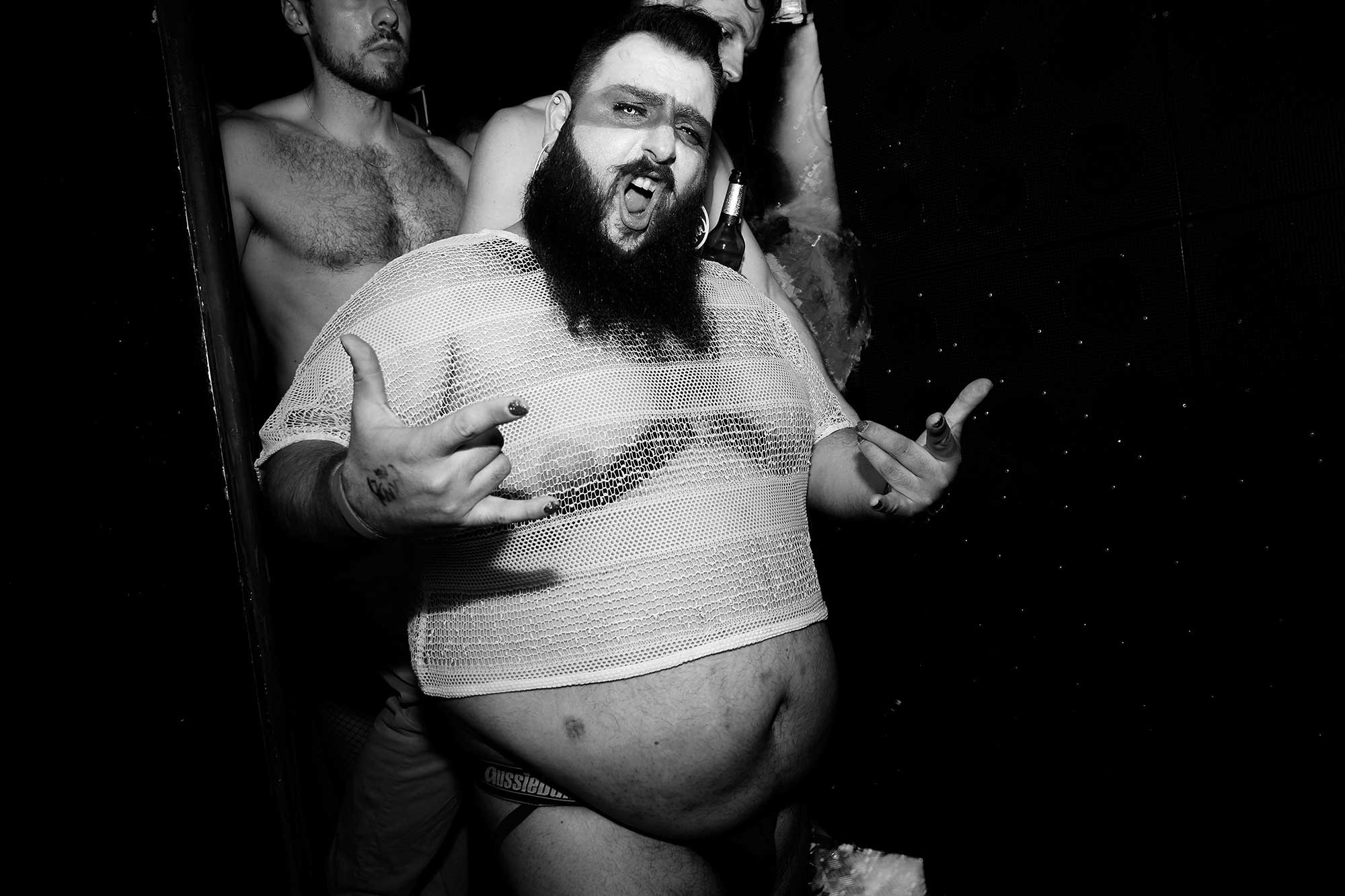 Dating all the way back to the 1920s, Berlin has been a place where free-spirited people go to meet like-minded individuals. While most bigger cities have one or more swingers’ clubs where the curious and exhibitionist can meet to indulge in carnal pleasures, it seems that Berlin is the epicentre of sexual explorations.

The German capital has been at the forefront of the international, underground club scene since the Nineties. In time, the music and sex cultures merged to spawn a new type of party where the adventurous can go to dance and indulge in fun and games of a sexual nature, if so inclined. Sometimes referred to as ‘sex positive’ parties, different crews take over the city’s clubs on a monthly or bi-monthly basis to show off their skills as creators of sexy play spaces.

Without going into too much detail about the term ‘sex positive’, it entails a non-judgmental and non-shaming approach to sexuality and sexual expression. This means that sex is inherently a good thing, which the party organisers acknowledge as being part of social interactions and therefore do not want to cut out of the party experience. Indeed, it can be very practical, not having to leave the party to get it on with your lover, simply staying in the atmosphere and perhaps inviting new friends to join in.

For first timers, the experience can be daunting yet exciting. If you would like to begin exploring the scene in Berlin, we suggest starting with the parties on this list. They are some of the best run and most fun: if you go along and don’t want to do anything kinky, you’ll still have a good time. We also suggest researching the various events to learn what to expect and educate yourself on the correct etiquette; just remember to keep it safe, sane and consensual. 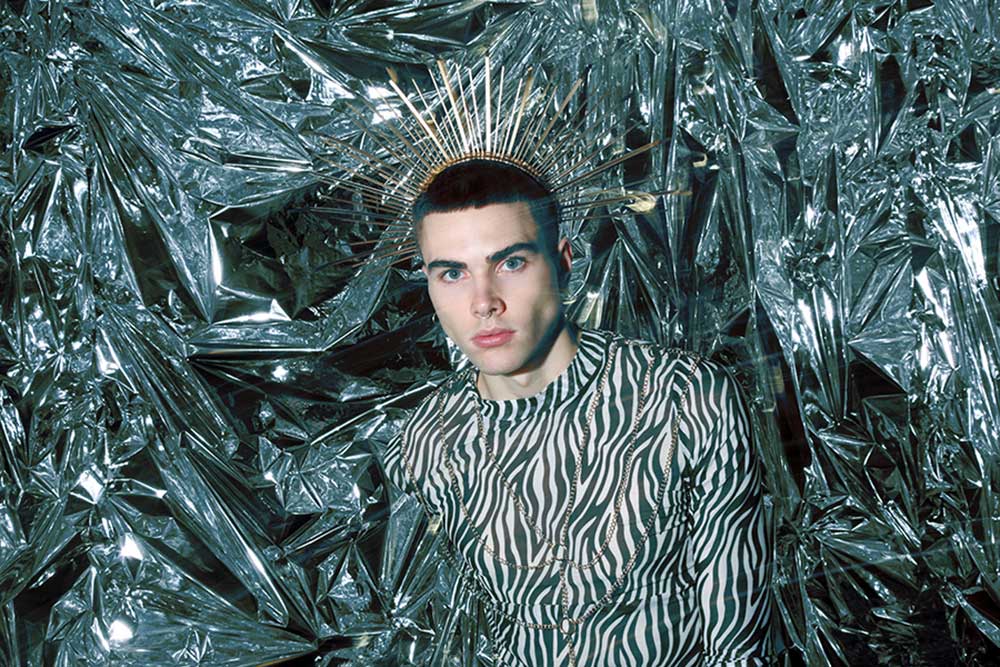 Were you ever one of those people freaking out about the opening rave scene in the vampire flick Blade? Then you’ll love Pornceptual! Initially started as an art project for queer representation and sexual expression, their party has become an infamous part of Berlin nightlife. The style is dark, hard, and smells of leather and latex, but there are just as many techno-heads bopping around as people looking for play. With dancefloors as dark as the darkroom, people certainly get kinky everywhere, so don’t be surprised if you hear moans as well as screams from the dancing crowd. If you like wet and sweaty (and we advise to dress like you expect to get covered in other people’s bodily fluids even if you don’t get freaky because it’s really sweaty), you’ll fit right in at Pornceptual. Check out their site for great contemporary queer photoart – Pornceptual.com.

Visit the dark side every other month at Alte Münze.
Next party: TBC. 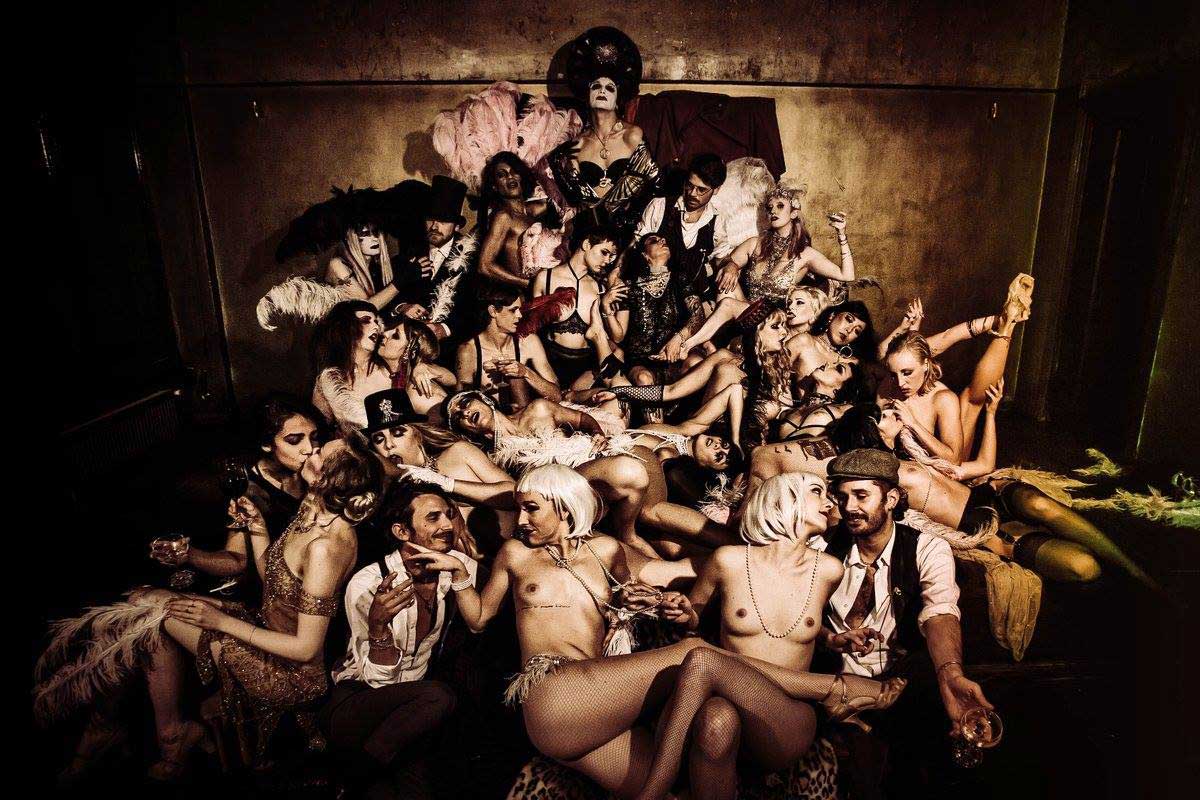 Staying true to the spirit of Berlin’s roaring Twenties, this house opens its doors to a hedonistic playground for those who dare. Undoubtedly the most colourful of the city’s sex positive parties, House of Red Doors exudes glamour and decadence. Often with themes leaning towards burlesque and cabaret, this is a dress-up party and you won’t be allowed in without making an effort in aesthetics – not even if you’re lucky enough to be on the guestlist. To help you escape the outside world and fully submerge in the celebrations, the organisers have affiliated themselves with some of the best performers in Berlin. You never know when something spectacular might appear right in front of you, so we strongly encourage you to come early and catch as many of the pop-up shows as possible. Not being able to contain the debauchery to one city, the crew has recently expanded to London, creating an even more international scene for hedonists.

You can go all out the last Thursday of every second month at Salon Zur Wilden Renate.
Next party: TBC. 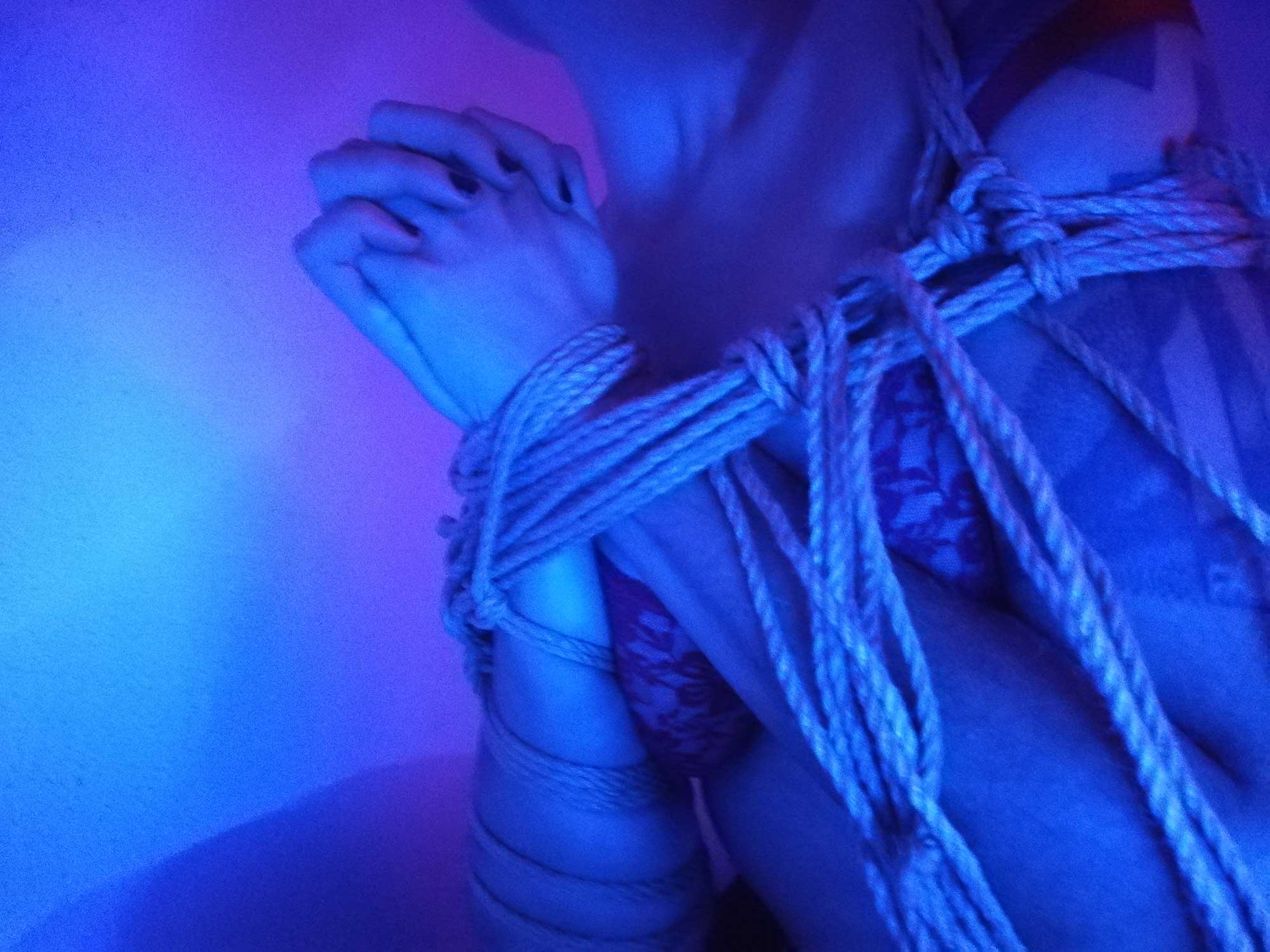 A relative newcomer in the scene, poly|motion is unique not only in being queer, but actively seeking out more female-identified people to get behind the decks. Not following along on ‘the harder the better’ wave of techno, they promote themselves with a wider range of BPM and styles, inviting you to find your own rhythm and pace for play. Wanting to make everyone feel welcome, they stock the darkroom with latex gloves as well as condoms. About Blank makes for a cosy setting and especially in the warmer months you can appreciate one of the most beautiful club gardens in the city.

poly|motion does a takeover of About Blank about every 3 months.
Next party: TBC. 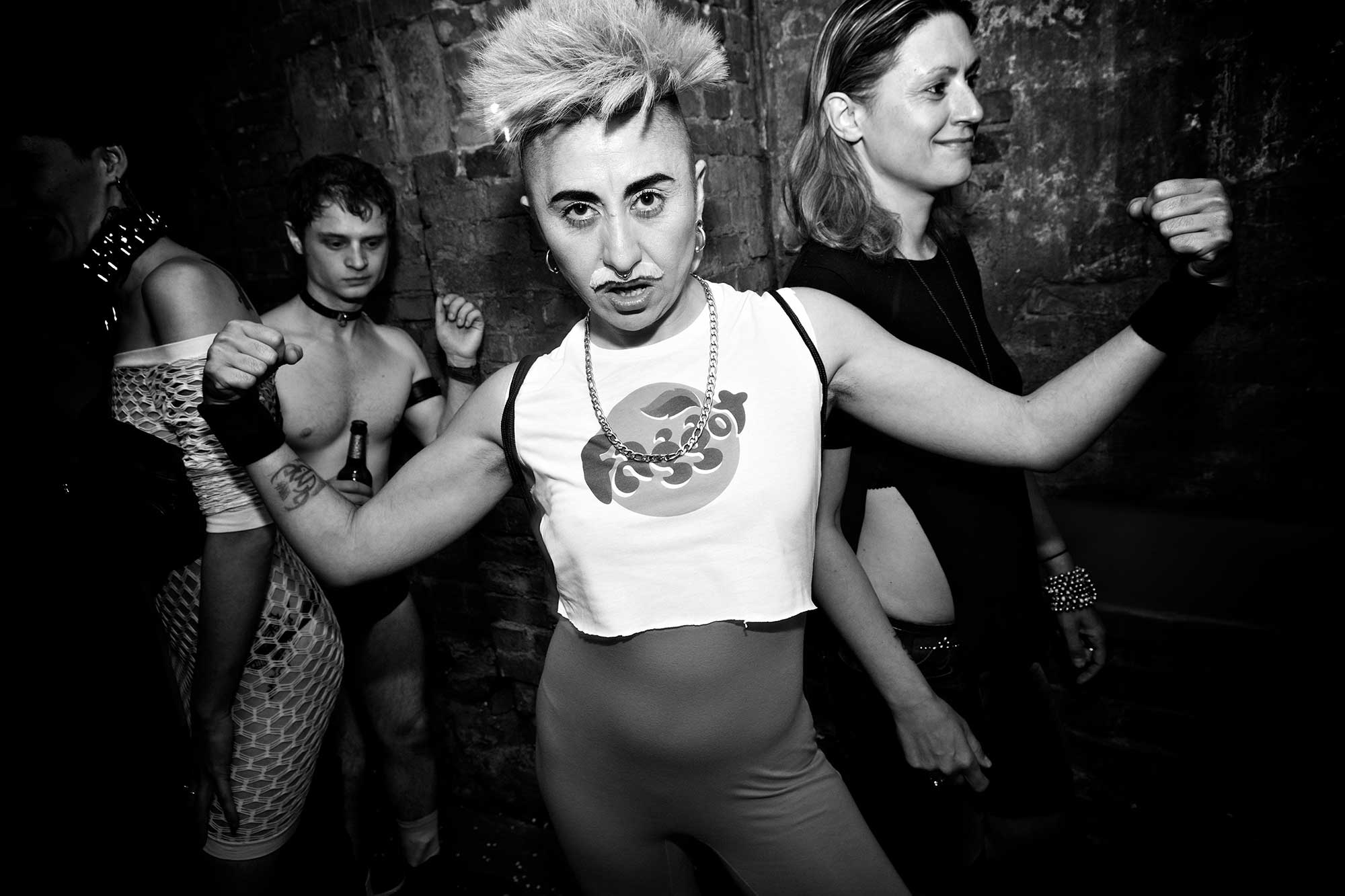 The oldest party on our list has proven itself to be one of Berlin’s most beloved, forever honouring the core values of the city’s nightlife: free love, techno, and expressive dress-up. Birthed from the political idea of counterculture and resistance, the crew behind Gegen wants you to push through your limitations, face your demons, and exorcise them on the dancefloor. With punchy themes like ‘Porn’, ‘Ecstasy,’ and ‘Hell’, the mood is set for a high-intensity, all-night party. Hosted at the city’s most well-known sex club Kit Kat, Gegen attracts a queer audience and over the years has accumulated a community of dedicated ravers.

Gegen is on the first Friday of every second month at Kit Kat.
Next party: TBC at KitKat. 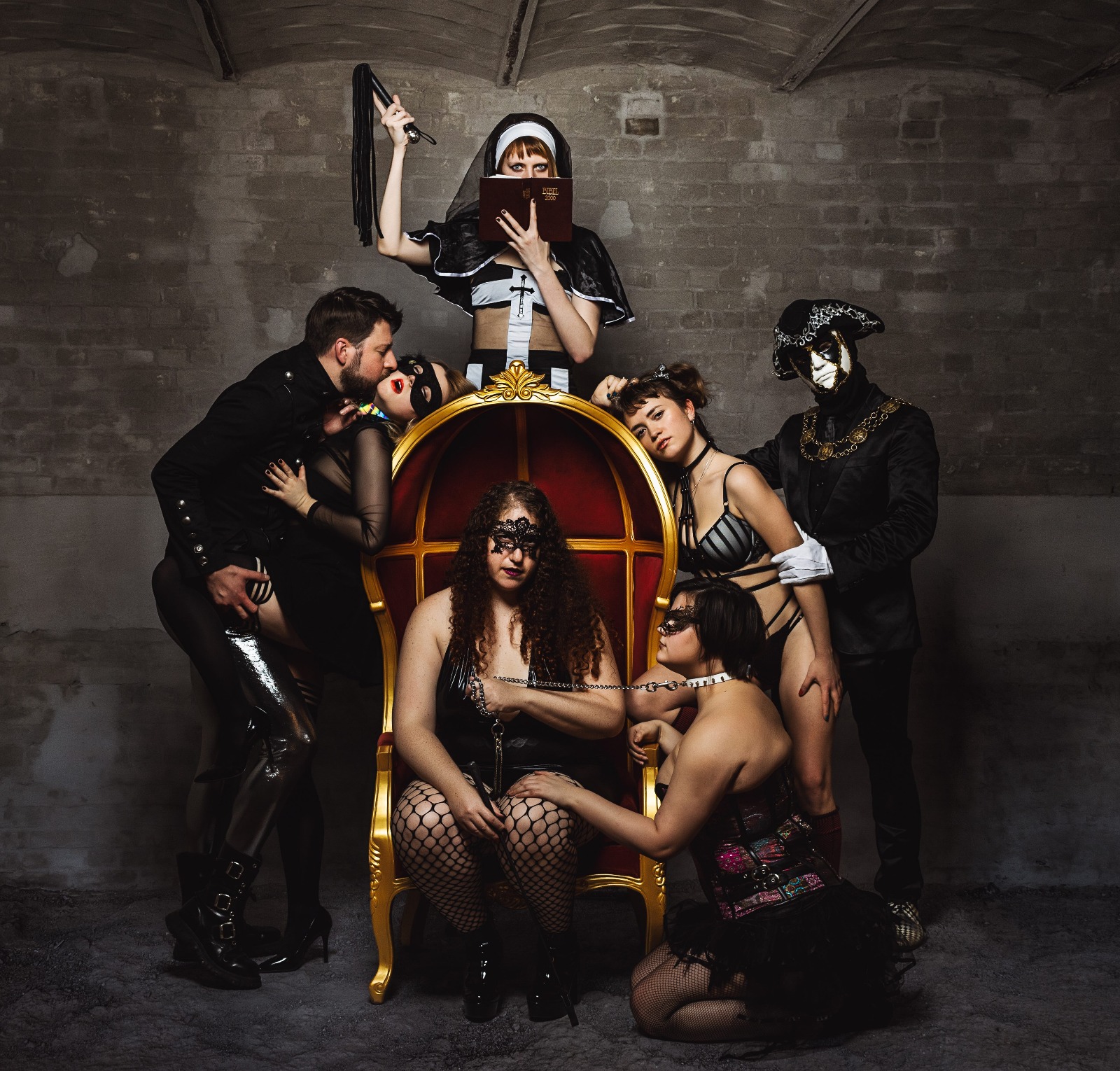 A relative newcomer to the scene, Friendly Pervs originates from the BDSM world and its love of fetish brings kinksters from all over the country together to play. Compared with other parties on our list, there is definitely more emphasis on sex than on party. With the sexual interactions being the centre of the event, the space is fully equipped with all kinds of practical (as well as sometimes pain-inducing) furniture. The scale of this party is on the smaller side, which gives more focus to intimacy and social interactions, and most of all creates a safe space for experimenting with different constellations of kink. Actually referring to themselves as The Friendly Perv Society, they have now expanded to Hamburg and Vienna and they welcome everyone, no matter previous experience, to join in.

Get your kink on every two months in Berlin and Hamburg.
Next party in Berlin: TBC

* This feature was edited by Kathryn Lawrence and Ciara Cunnane. 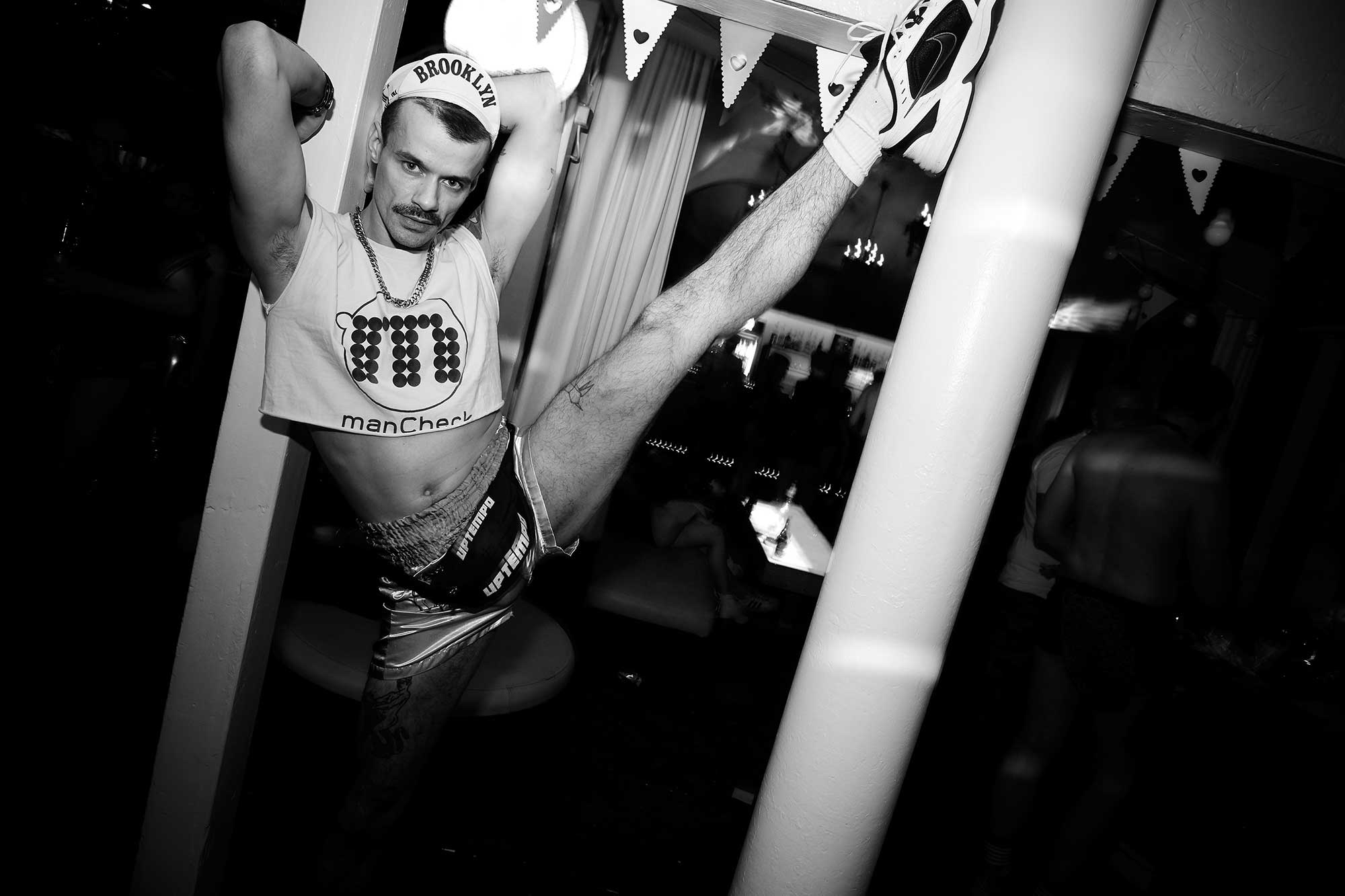