Erika Lust on the making of indie adult cinema 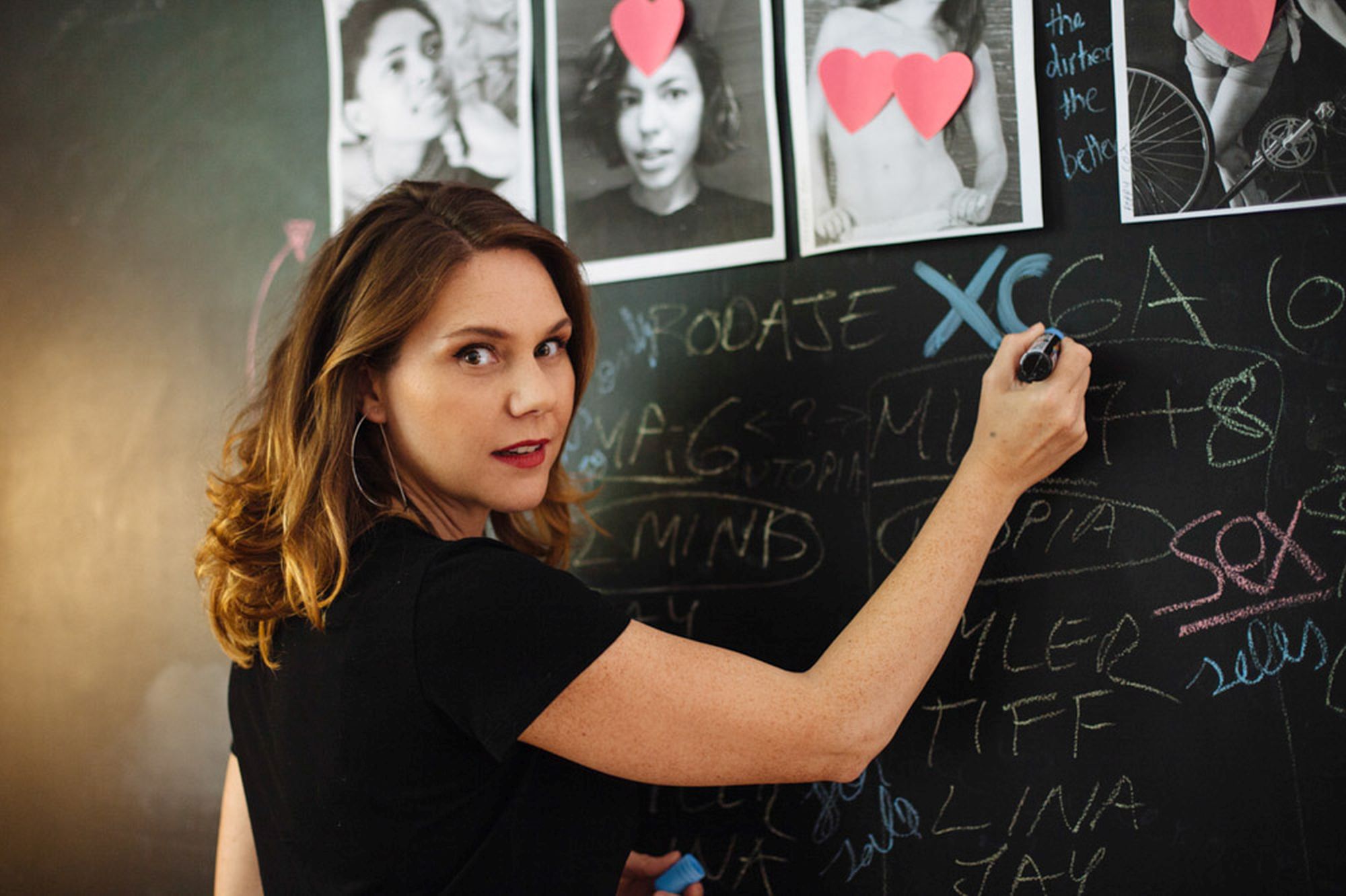 It should represent female sexuality, pleasure and desires. It shows women owning their pleasure and taking control of their sexuality. Having their own agenda. Women have a voice in the story and they seek their own desire. It promotes role equality and the culture of consent is paramount. It shows women and men as sexual collaborators, not as objects nor machines.

Regarding the themes, there is never any simulation of coercion, pederastia or fantasies of abuse. There is no depiction of aggressive violent sex or rape scenes. Diversity is key and it pushes the representation of human sexuality, of the diverse ways of desiring and having sex and the different sexualities and identities out there. 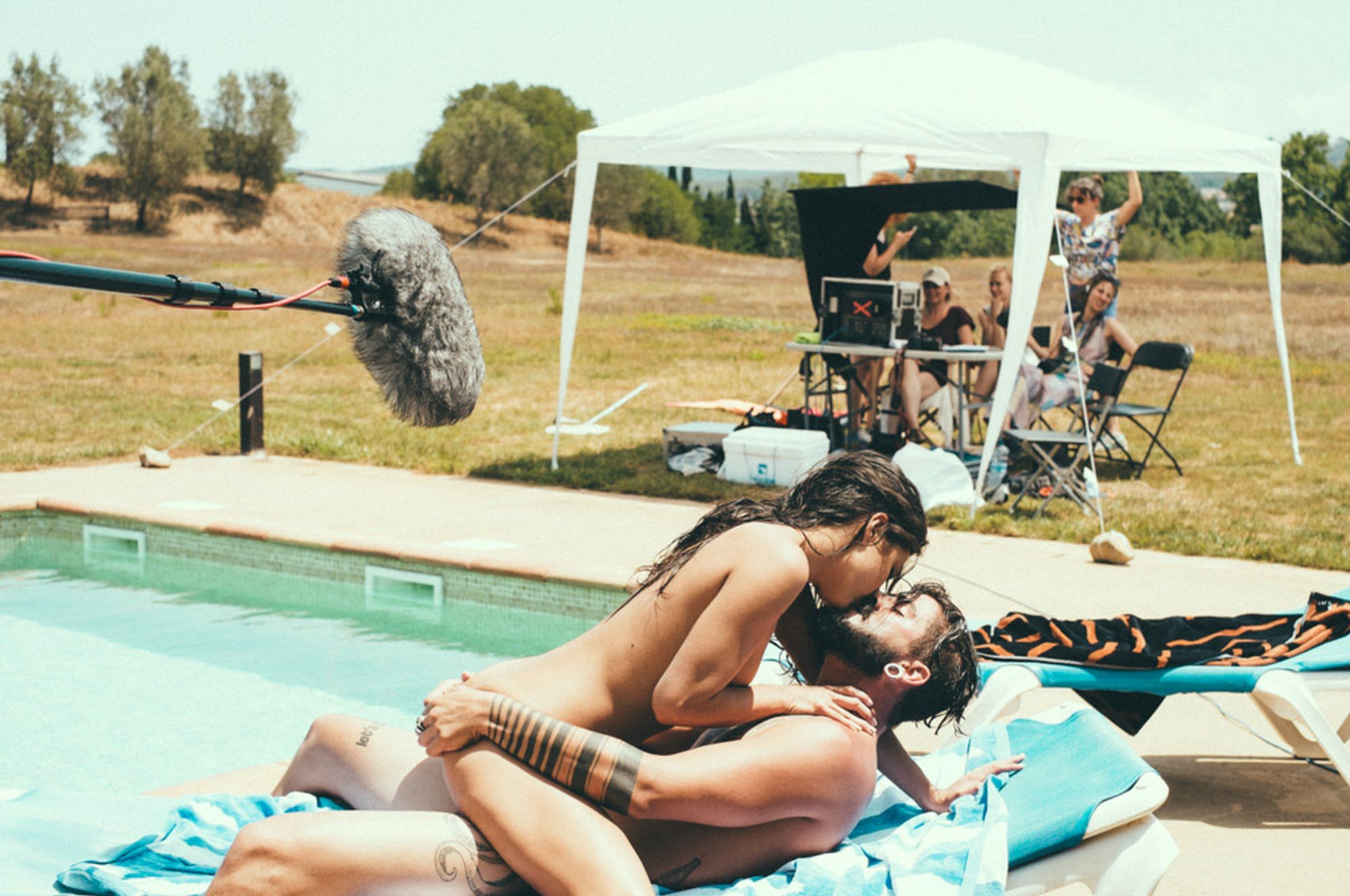 We can definitely create films that show women as sexual collaborators with men – rather than sexual conquests of men.

Why did you begin making indie adult cinema? I studied Political Science and Gender studies at University and was reading Hard Core: Power, Pleasure, and the “Frenzy of the Visible”, by Linda Williams when I had my lightbulb moment. It was the first book to treat pornography as a genre with it’s own history and as a specific cinematic trend. I realised that porn is actually part of a discourse on sexuality. It makes a statement, an idea, it expresses ideologies and values, and also opinions about sex and gender. As Williams states,”Pornography as a genre wants to be about sex. On close inspection, however, it always proves to be more about gender.” 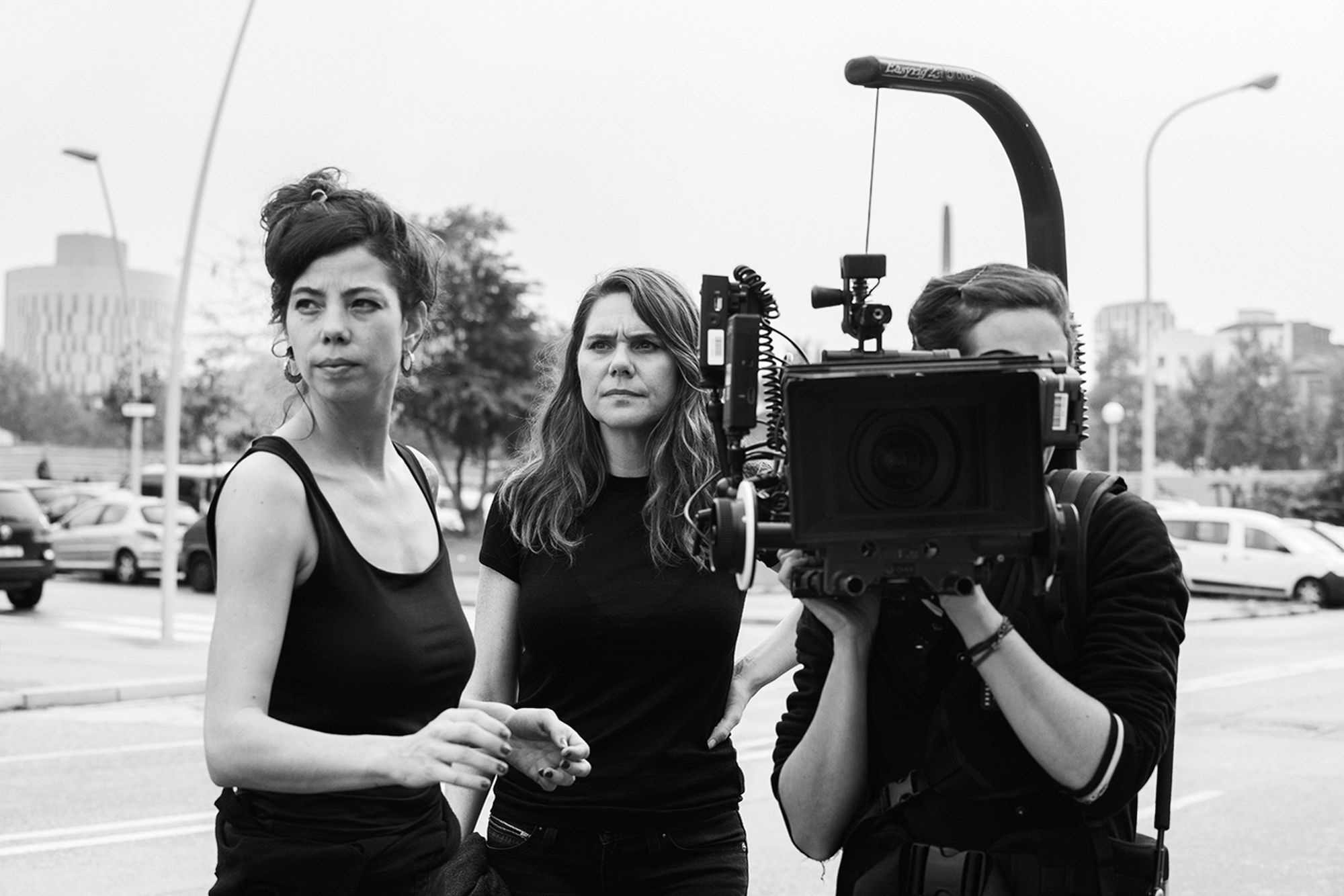 In my opinion, production companies seem to have forgotten the passion, the intimacy, the touching, the pursuit of real pleasure in sex and have taken some of the humanity out of it. There is no foreplay, no caressing and performing oral sex on a woman is practically non-existent.

In my films I present people as subjects, not objects. So when directing I approach the work with a focus on the performers. Male characters are human beings, not machines, and women have their own sexuality and desires and are not passive objects exclusively focused on pleasuring the men. Women have a voice in the story and they seek their own desire. There is a mutual exchange of pleasure and respect and consent is always paramount.

I also put a lot of emphasis on cinematic values. I shoot with a real cinema camera and spend a lot of time in post production. We pay attention to every detail as in every indie film. Casting, styling, locations… We work the same as any other indie film production team.

We also work under the values of ethical adult cinema and ensure the sets are always a safe and comfortable space for the performers.

How did the XConfessions project begin? When my first movie The Good Girl was downloaded over 2 million times in a few months, I realised I wasn’t the only one that wanted something different. There were other people out there who wanted to watch sex on screen in a more realistic, sexy and intelligent way.

People were writing to me to compliment the films that followed, Five Hot Stories For Her, Barcelona Sex Project, Life Love Lust and Caberet Desire, and they began sending me their fantasies asking me to turn them into films. That is how the idea of XConfessions came to life in July 2013. It was a crowd-sourced project since its origin!

XConfessions was a way to get my audience involved and make the experience of making and watching adult films a totally crowdsourced one. With XConfessions, I know the films are going to be innovative and fresh because it’s not just my imagination I’m using, so no themes are really repeated. 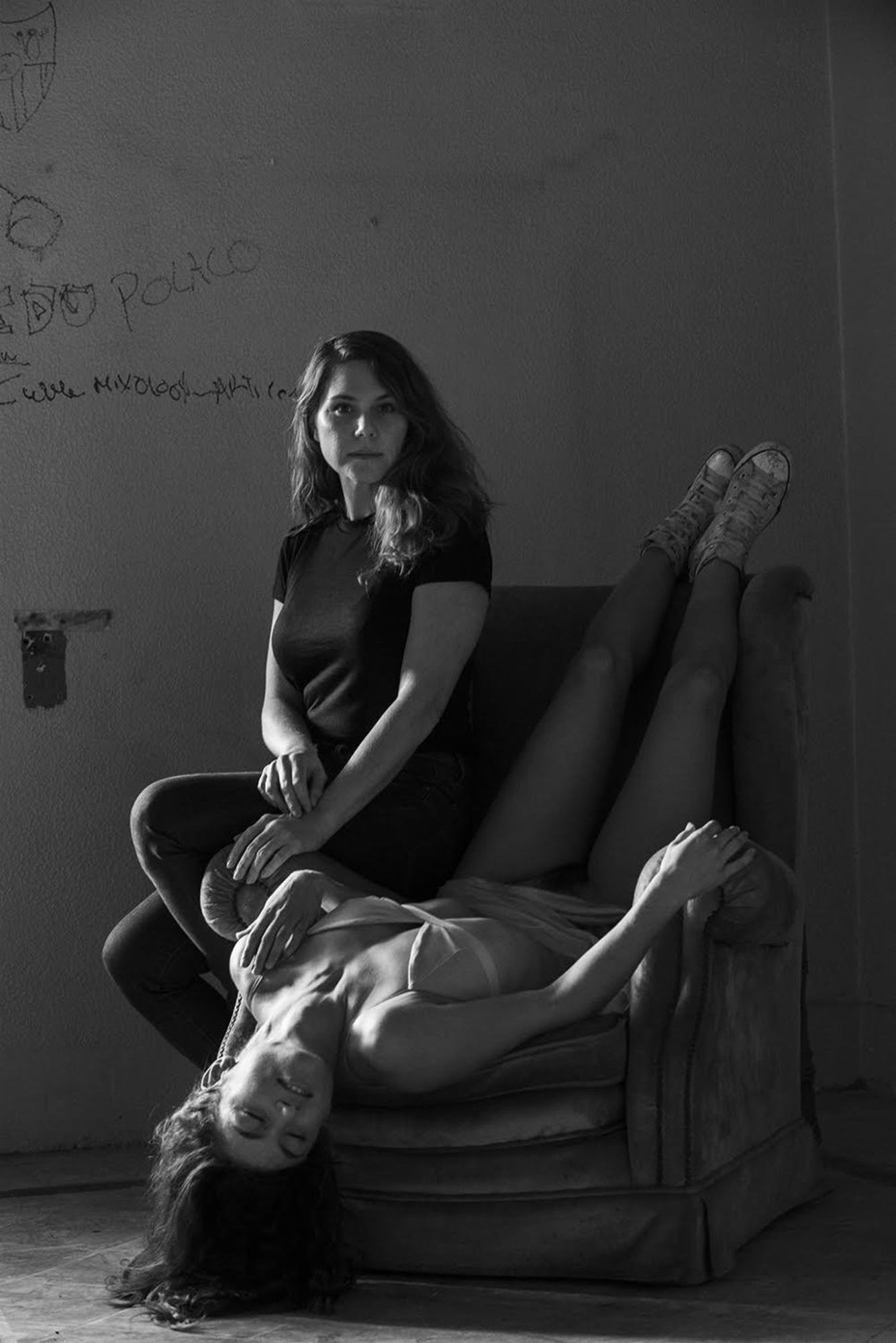 What’s the wildest confession that’s been submitted and turned into a film? All of the confessions are wild! But there are a few that have stuck out to me due to the nature of the film or because of where they were shot.

Another favourite is the newly released Dirty Feet. The film explores foot fetish in a very artistic, creative way. It’s the perfect balance between romance, tenderness and some hot foot action. It also stars Lucy & Miro, a real life couple who bring an energy and passion to the set which is so pure, real and intense.

And maybe one of the most fun I’ve had on set was for Boat Buddies with Benefits. Filming in the middle of the open waters of the Mediterranean on a boat from the 70s was a special day at the office! It was challenging but worth every moment.

It’s a diverse city with lots of artists, creativity and the alternative scene is really well developed. The city has a longstanding tradition for allowing total sexual liberation and all preferences are accepted. The freedom that Berlin offers for everyone involved in the industry is very special. 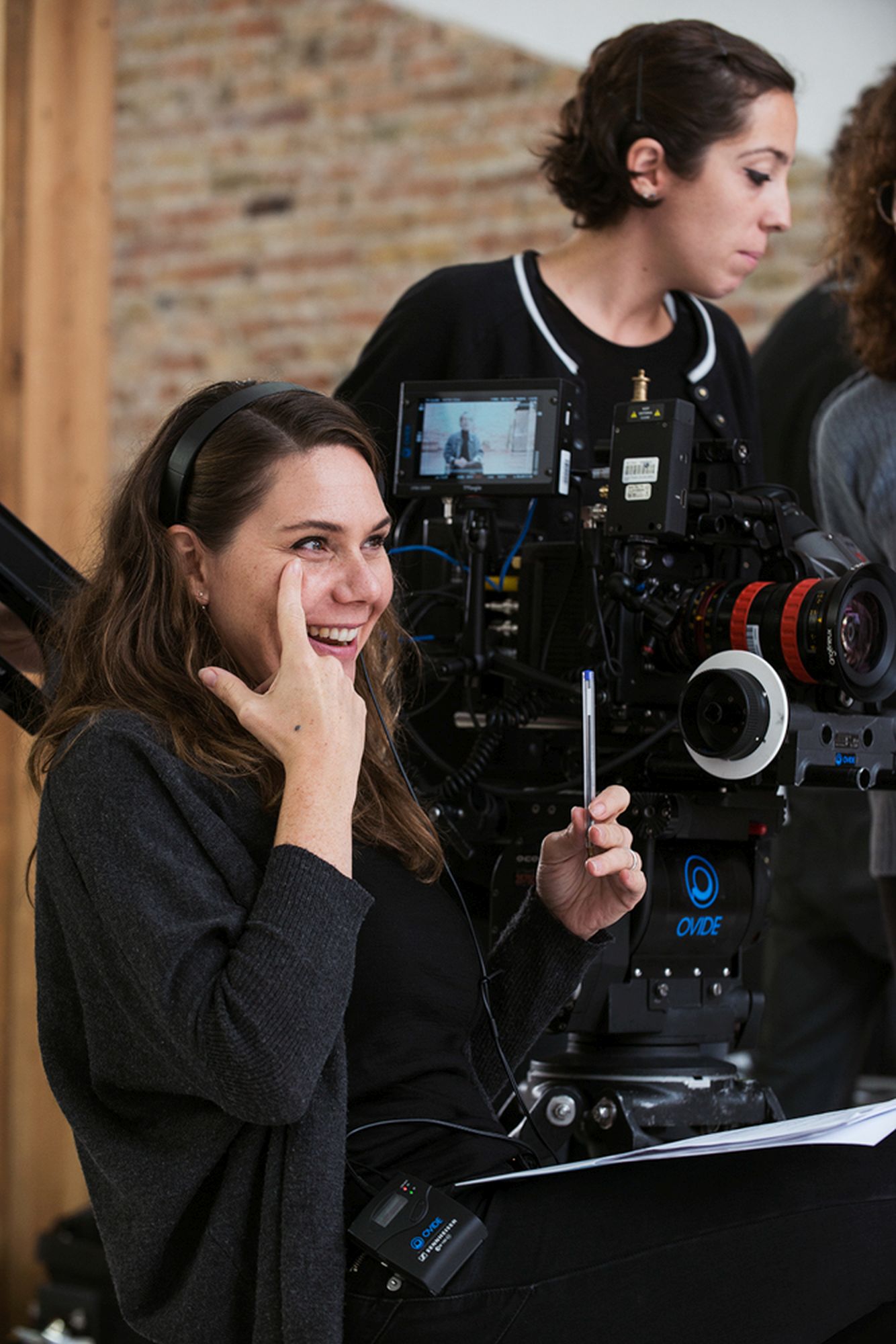 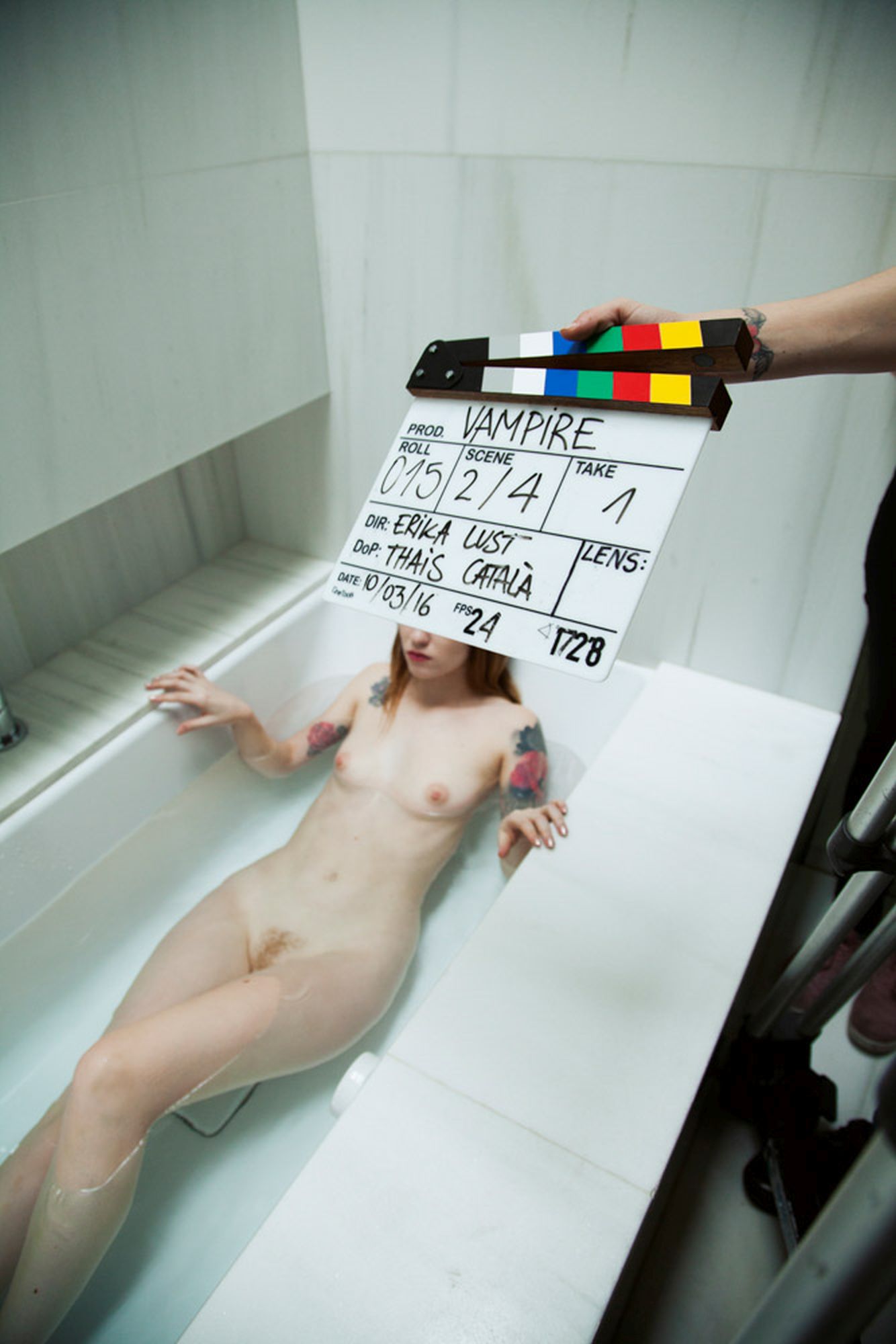 Sex is as worthy of artistic framing as any other human experience, so I’m trying to frame it like the beautiful act it is. 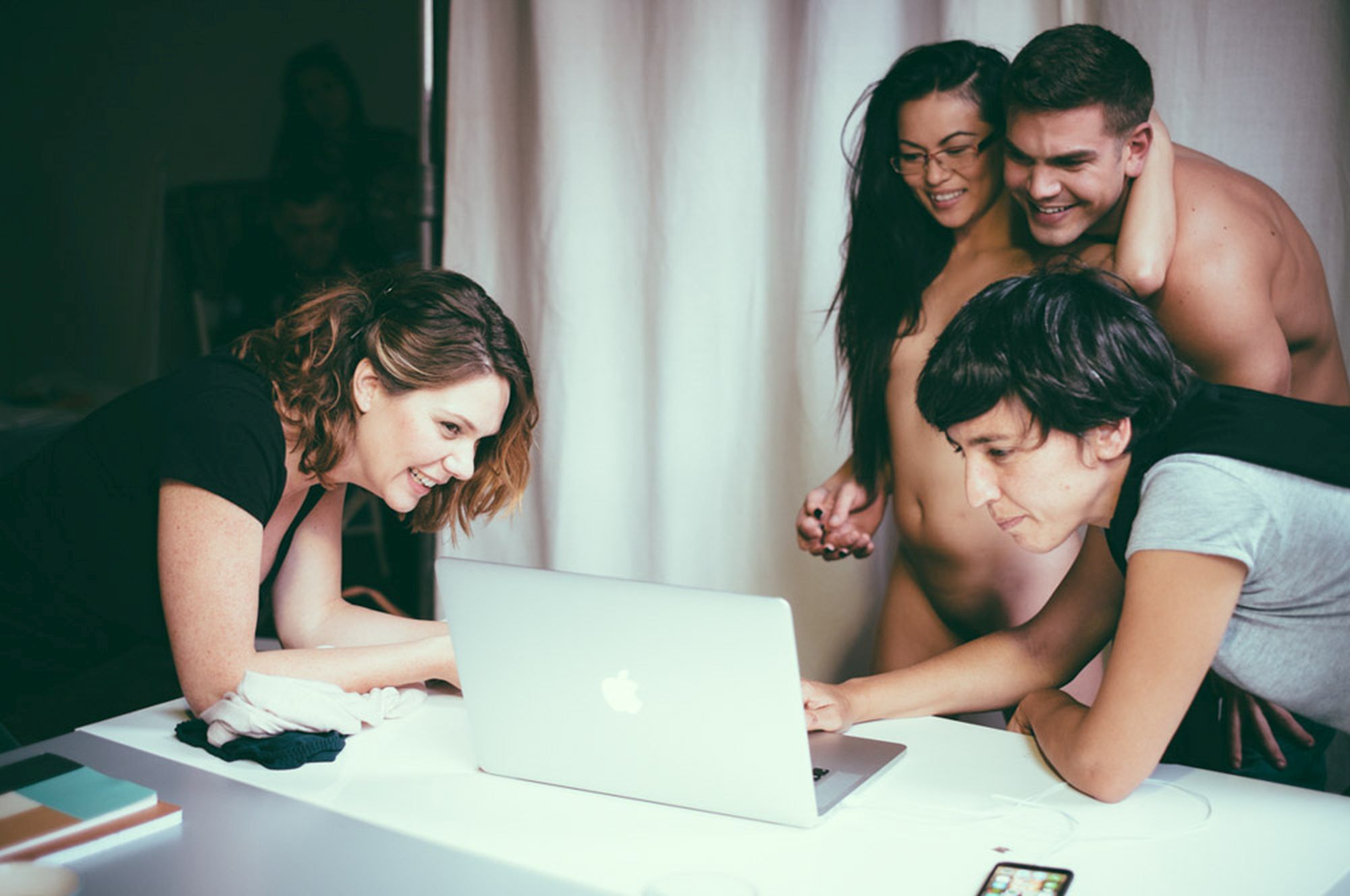 When it comes to sex the main key is that I don’t direct it. I let the performers do what feels pleasurable. Then it’s down to me and my team to capture all those tiny details that make up sex and create a narrative that shows the fun, passion and intimacy of it. My goal is to stimulate all the senses and arouse the viewer in as many ways as possible. Sex is as worthy of artistic framing as any other human experience, so I’m trying to frame it like the beautiful act it is.

But it’s fully possible for films to be both sexually explicit and still show women as human beings who deserve respect, even when they’re naked, and that they have an equal right to sexual satisfaction, pleasure and desire. We can definitely create films that show women as sexual collaborators with men – rather than sexual conquests of men. 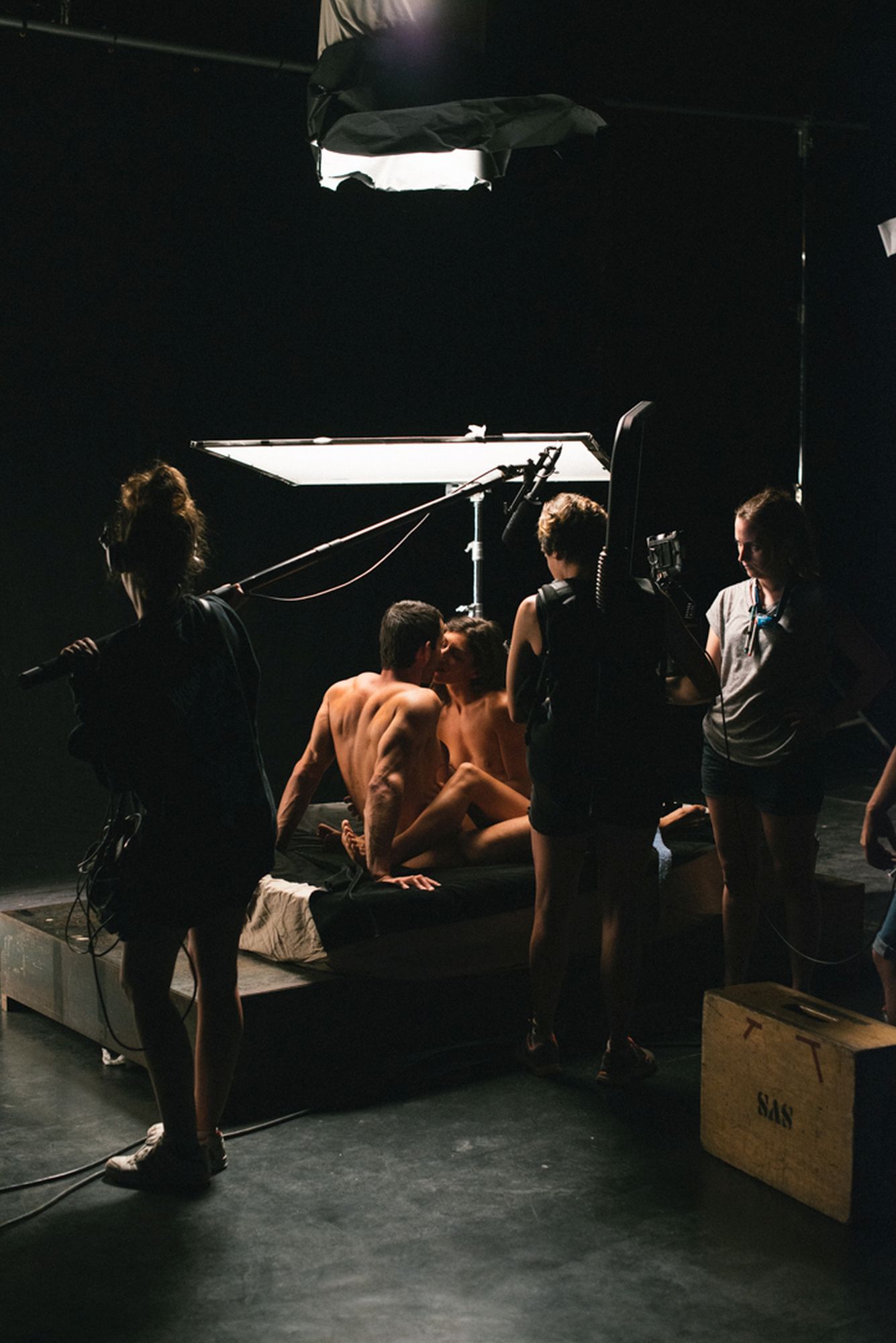 Sex should be a wide, beautiful universe of sensuality and pleasure.

What has the response to your work been like? The response has been fantastic. I started XConfessions because I wanted to make films based on the actual fantasies and sexual experiences of people from all over the world. It had felt so great for me to get to bring my own ideas to the screen and I wanted to see if I could make that happen for other people too. And also, I was just very curious to see what people would come up with. Luckily people really connected with the idea and started confessing these amazing stories. Definitely some things I could never think of, and lots of funny and sexy memories from real life

When the films are released, I receive messages on my Facebook page, twitter, via email…. Every week there are positive comments from men and women! Single, married… there is not an specific demographic, what all of them have in common is that they appreciate the work I am doing for a more sex-positive culture where female pleasure matters, and they thank me for bringing me a more positive light into their sex lifes and sexuality. The absolute best thing to see or hear is also how much my films have inspired another woman who now wants to pursue a career directing sexual explicit films.

And so it was really amazing when so many people responded to my open call for guest directors. It really feels like we are part of a revolution now, and that alongside one another we are going to forge a new adult cinema. 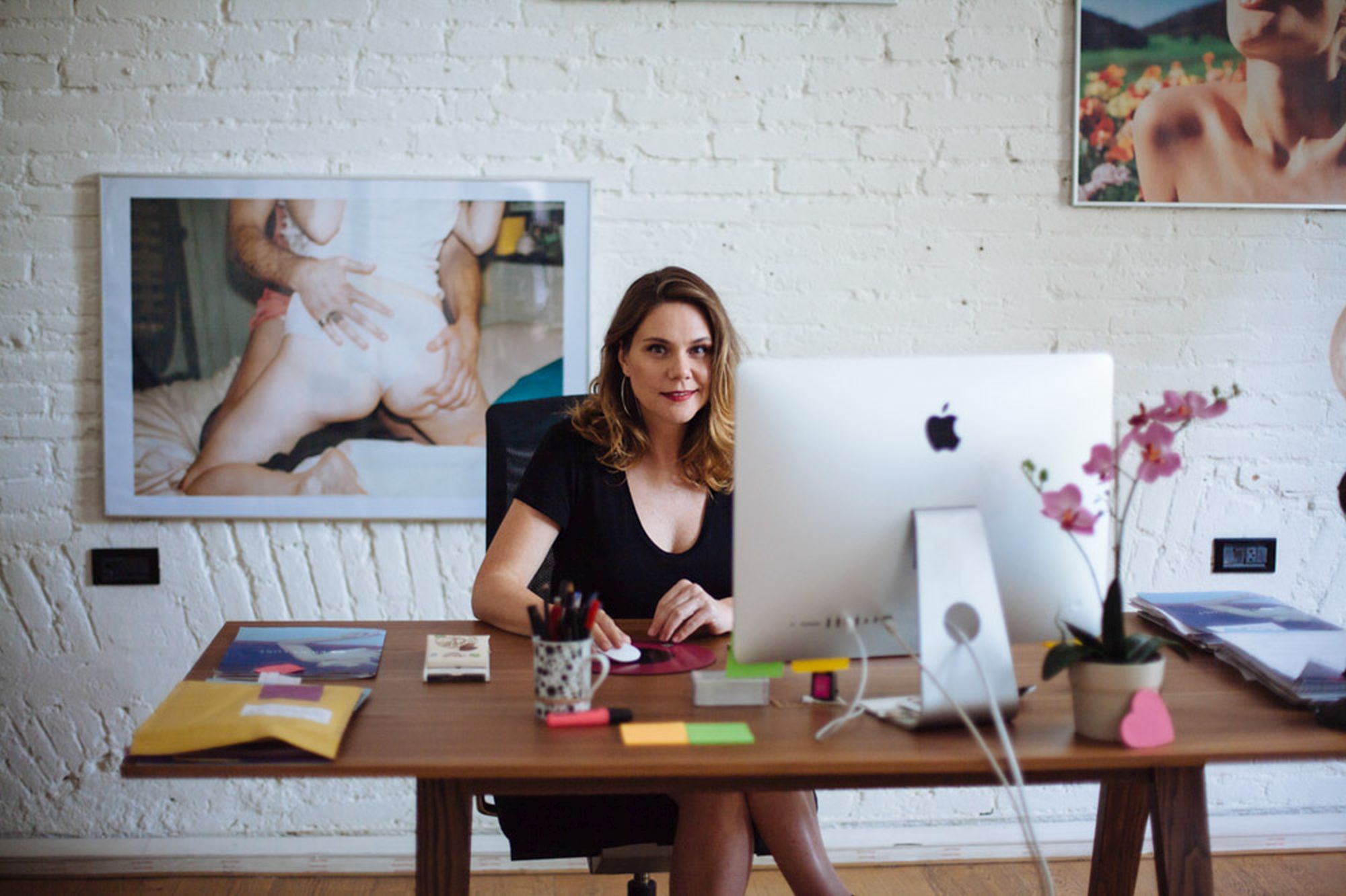 Paying is also the only way to guarantee you’re not accidentally endorsing exploitation. You want to support a company that pays its actors fairly, treats them well on set and always priorities consent. And quite simply, the industry cannot exist if no one is paying for it’s products.

Sex should be a wide, beautiful universe of sensuality and pleasure. It can be funny, or kinky…. it can be anything you want it to be.

To attend the XConfessions screening at BABYLON on February 18th, 2018, book your tickets here. Follow Erika Lust on Facebook or Instagram to stay up to date and if you’re feeling lusty yourself, check out her website and explore the world of indie adult cinema. 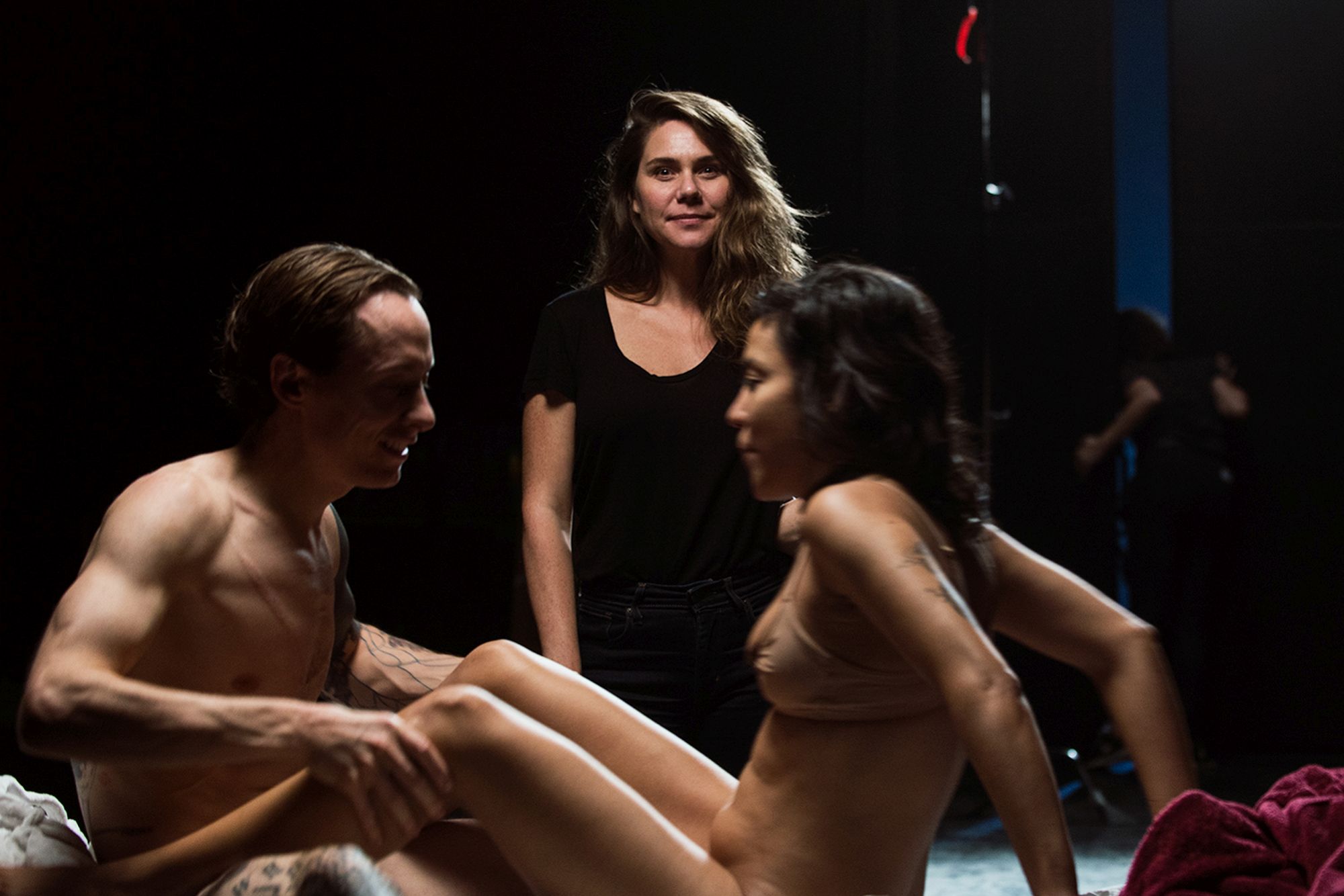