The Unfiltered Truth About Coffee 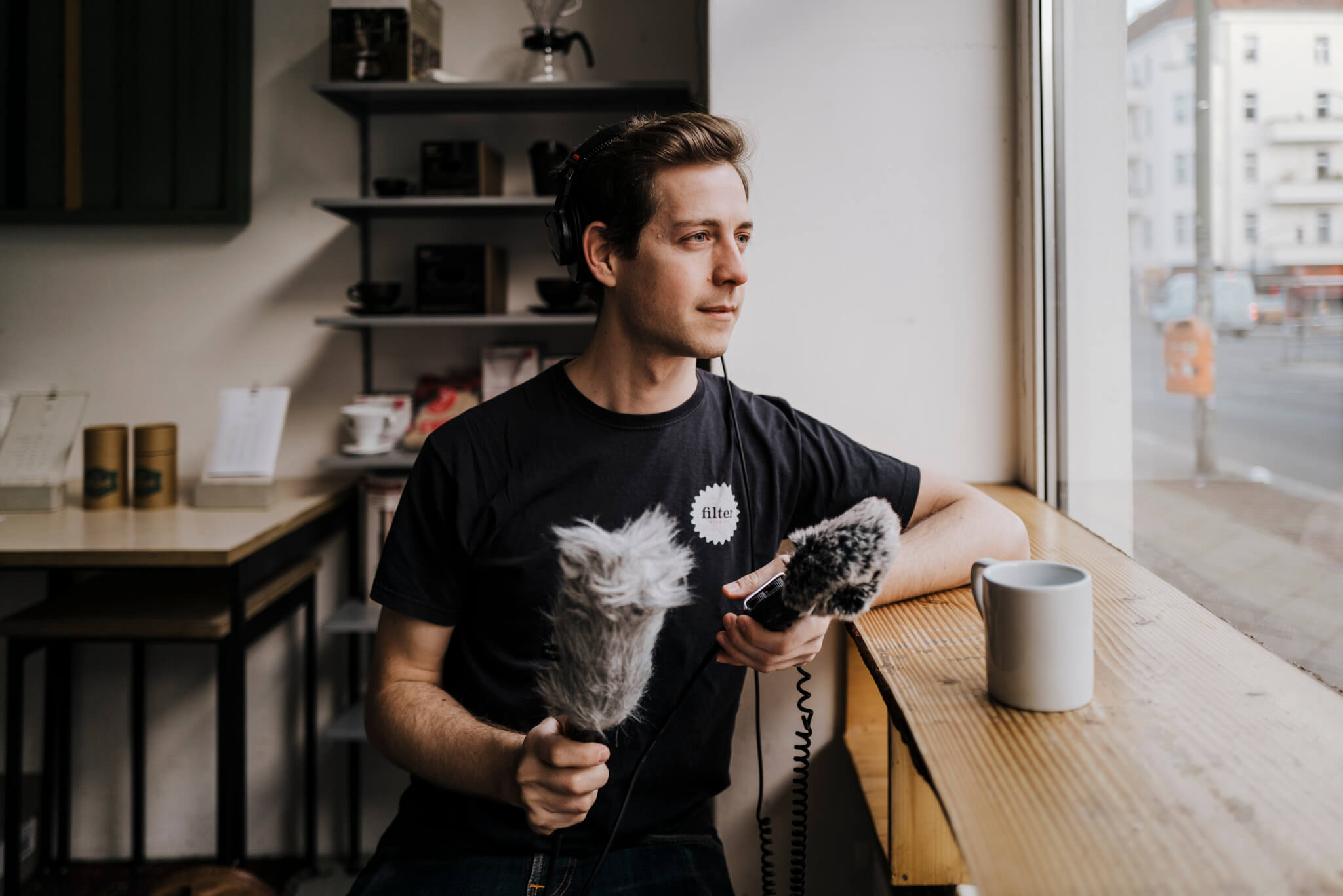 For millions of people around the world, coffee is a core part of their daily ritual, but in the main they don’t think too deeply about where it comes from. James Harper is out to change that by creating podcasts that uncover the fascinating stories inherent in every cup.

As an Italian-Australian, a passion for coffee is practically in his blood. After a stint managing the wholesale side of one of Berlin’s most renowned coffee shops, James realised that he was more interested in the journey that coffee makes than he was in working at its front end. He parlayed his passion for coffee, his desire to know more about its origins, and an enthusiasm for storytelling into his own podcast, Filter Stories.

Launched in August of 2018, Filter Stories has delved into the sometimes dark world of coffee to uncover some remarkable truths and extraordinary tales. We spoke with James to find out how he managed to create his podcast from scratch, what other projects it has led to, and what is next on his horizon. 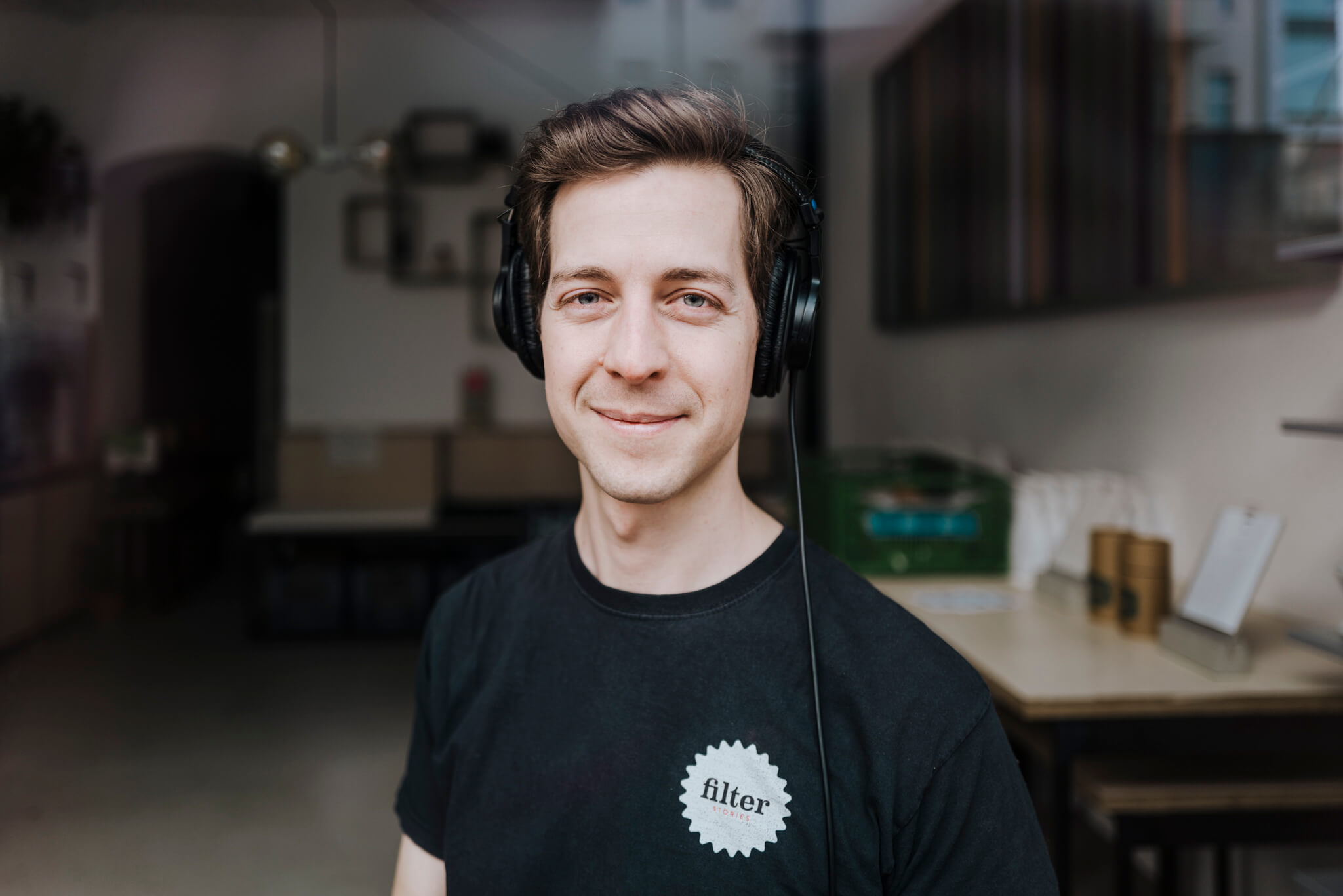 First off, when did you come to Berlin and what brought you to the city?
I came to Berlin in 2016, as I landed a job managing The Barn Coffee Roasters’ wholesale department. My first month here was unforgettable. On a muggy July day, I hauled my backpack into a dimly-lit ground floor room in Neukölln, which a friend had generously sublet to me for €100/month. I had a 70-year-old neighbour who maniacally researched Syrian drone strike technology. He wouldn’t talk to me if a phone was anywhere nearby and would often wake me up at 7a.m. with his morning farts. This madness continued for two months before I finally found my own apartment!

Can you sum up in a few sentences what Filter Stories is?
Filter Stories is a documentary podcast that reveals the extraordinary stories hidden in your cup of coffee. It’s not about coffee itself, rather it uses coffee as an everyday commodity as a frame to explore the world.

How did you come up with the initial idea, and when did it start?
After 18 months working for The Barn, I realised there was an enormous disconnect between us coffee drinkers in the global north and the people actually growing coffee in the global south. All the while, I would listen to hundreds of hours of narrative podcasts – think Serial, This American Life, Radiolab. Then it dawned on me – I could make a podcast that told the extraordinary stories hidden in the coffee world, but keep it accessible so even non-coffee drinkers could enjoy the stories. I read everything I could get my hands on about interviewing, making podcasts, and documentaries. I then bought some microphones, got myself a ticket to Guatemala, and went for it. 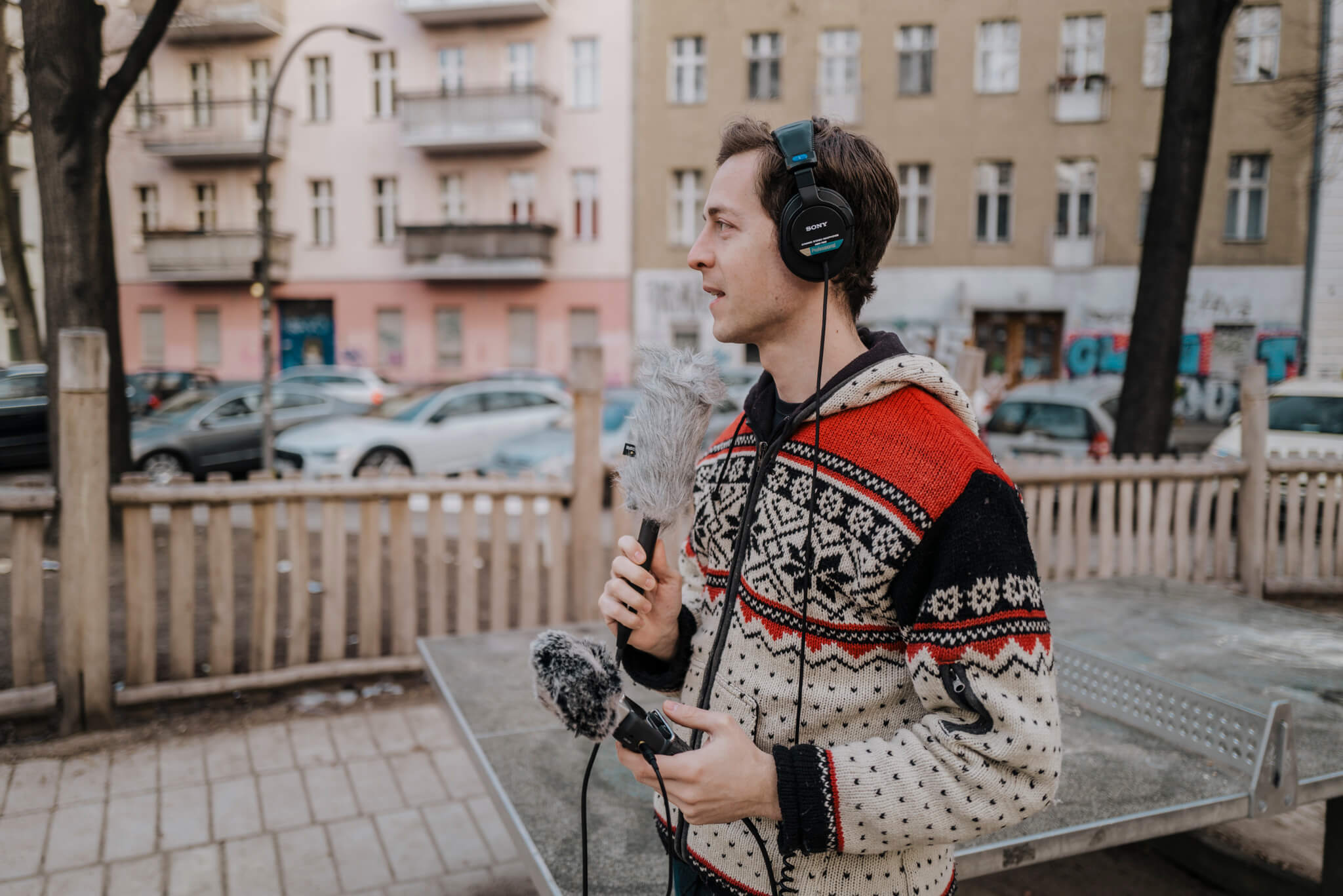 Becoming a self-employed podcaster has helped me reframe my view of the city. 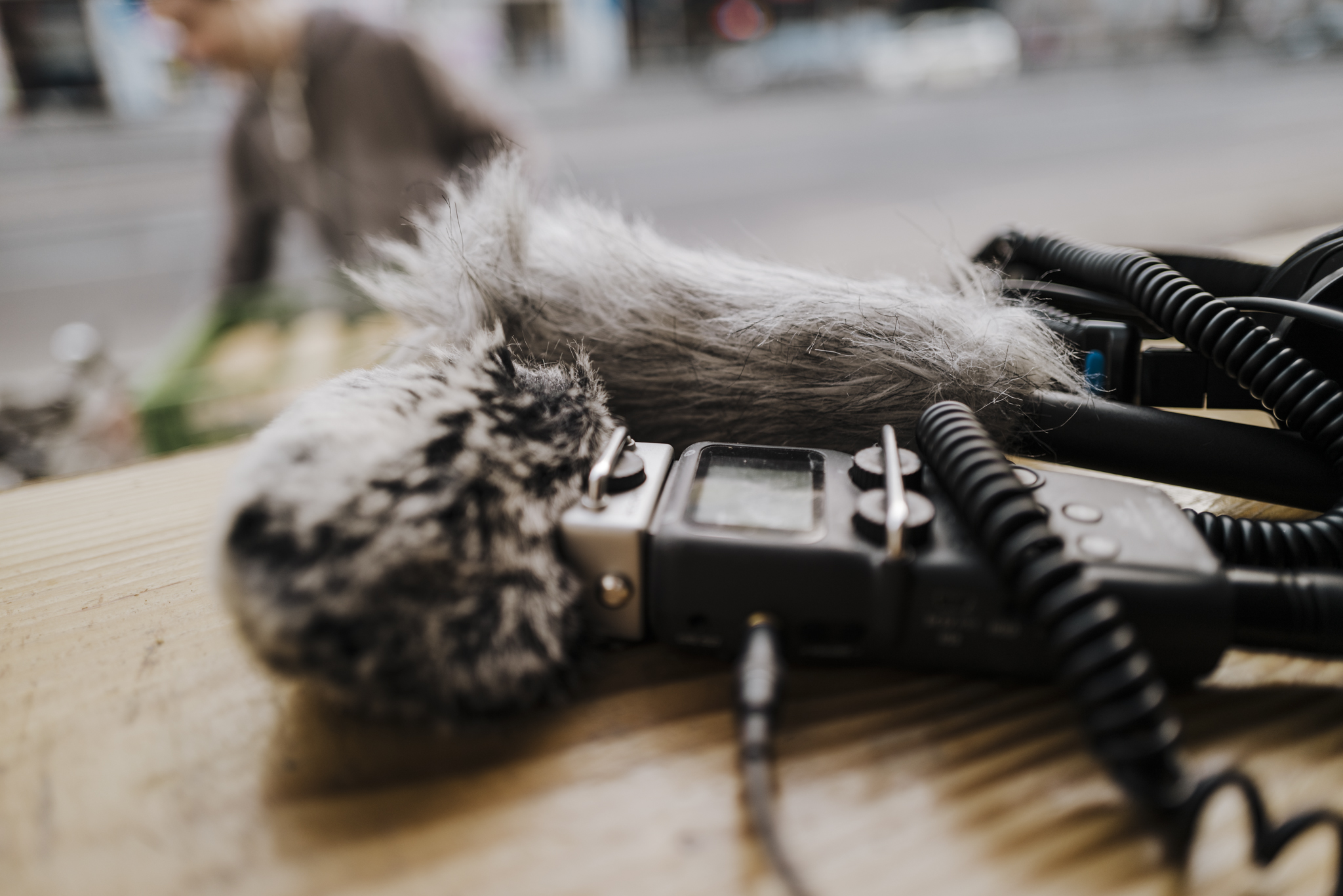 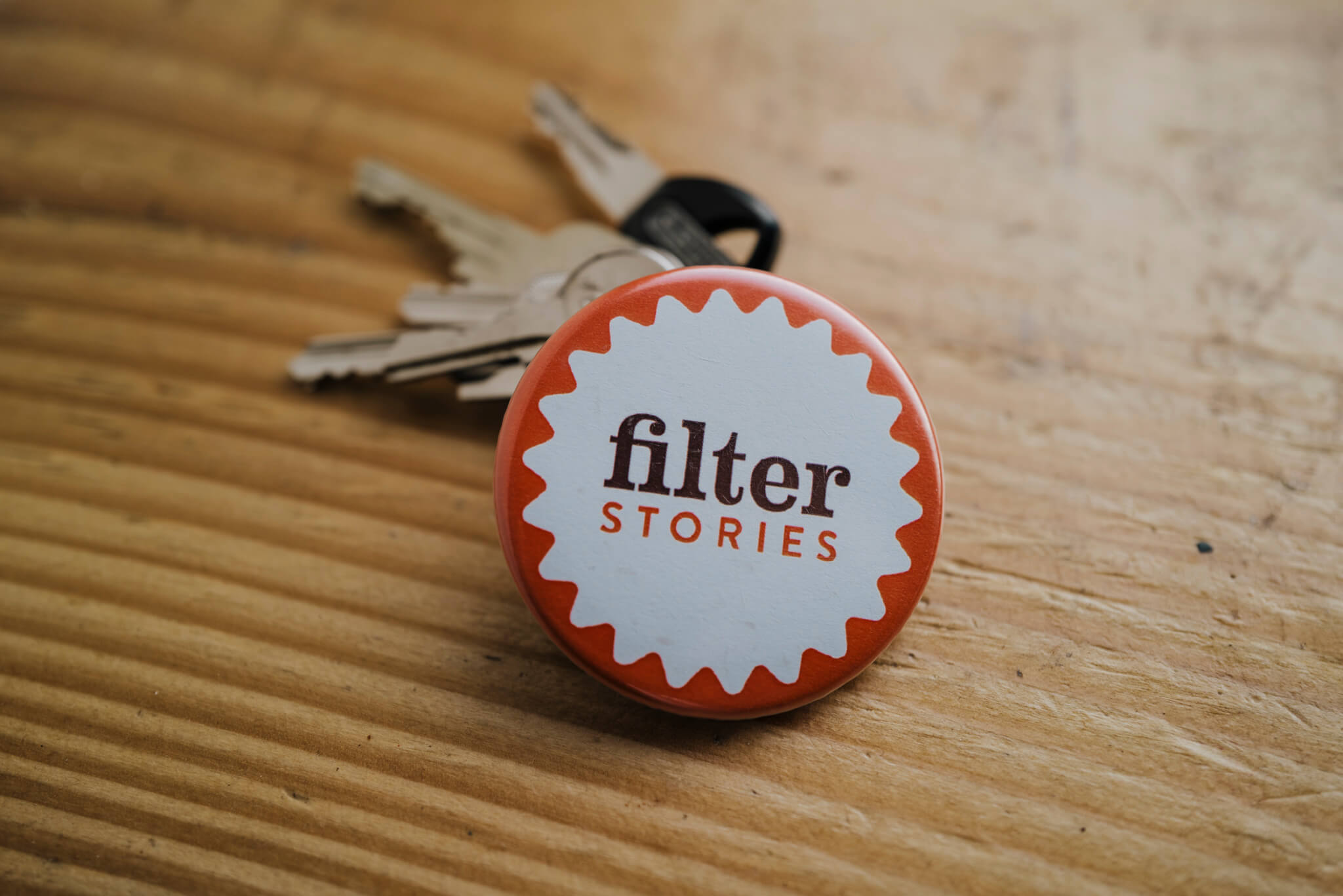 Did you have any previous experience making podcasts before this? If not, how did you figure it all out?
I’ve been a storyteller since I was a small boy growing up in Australia, but I didn’t have much podcast experience. Anyone can make great documentary podcasts if they follow two rules: 1- ask for genuine, unbiased, critical feedback, and 2- put your pride in a box and act on that feedback. I kept repeating that until everyone began to say that they loved the stories.

What is it about coffee that makes it such a rich topic for stories?
Coffee as a drink, not much. But when coffee is seen as a global commodity that impacts tens of millions of people, the stories are everywhere and urgent. For example, in the episode Stateless, I follow a barista who gets stuck on an island in the middle of the Pacific Ocean. No one on the island wants him, but he’s not allowed to get on a plane back home to Los Angeles. I use his experience to explore how the issue of statelessness crops up across the coffee supply chain, from coffee pickers through to baristas.

In another story, I investigate the issue of greenwashing by speaking with a coffee roaster in a Boston coffee trade show. He mentions how me buying his beans will help kids get educated in coffee-growing countries. I then hop on a flight to Nicaragua to investigate these types of claims. What I discover is not pretty, and makes me question to what extent I’m to blame for this mess.

Do you have any favourite stories or episodes that you have produced?
I have a soft spot for Tito.  When he was a small boy in Panama, his humble parents wanted him to live a life off the land and get an engineering degree, but instead he spent a fortune on a cow farm, which he then tried to convert to coffee. For years he tried to make the farm profitable, but he was confronted again and again with terrifying coffee price crashes. I won’t ruin the ending, but I’ve been told it’s brought tears to a few eyes. 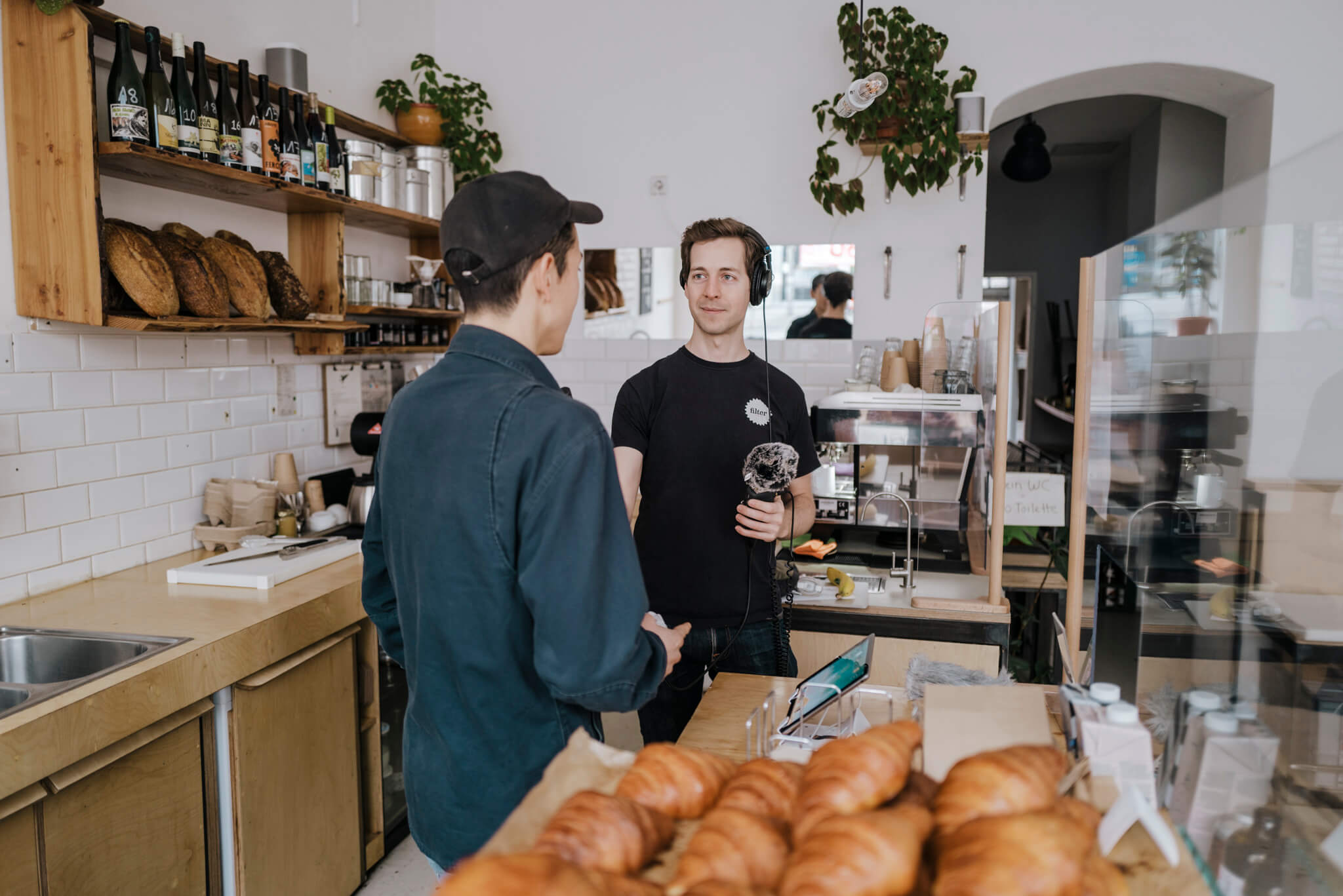 You’ve now branched out beyond the Filter Stories podcast and started producing other coffee, like A History of Coffee. How did this come about, and can you tell us a little more about it?
I had big plans for 2020. I was planning to go deeper into the coffee lands to answer questions like ‘why do coffee farmers only earn 3 cents from our $3 cappuccinos?’ and then corona happened. So I ended up in a garden reading the book Coffee: A Global History and the stories were unbelievable. I asked myself ‘why am I running around the world chasing answers when the most important answers are buried in the past?’.

I reached out to the book’s author on LinkedIn and we then spent over 150 hours framing, recording, and editing this six-episode series. It begins in the cloud forests of Ethiopia and then charts coffee’s course through slavery, industrialisation, ecological devastation, through instant coffee, Fair Trade, and finishing up with the specialty coffee movement.

This series, like Filter Stories generally, is all a labour of love because I haven’t pursued sponsorship. It means that Filter Stories episodes are rare (six a year, maybe less), but on the flip side I’m able to tell these stories truthfully, without editorial compromise.

You are also a member of the team behind the new Adventures in Coffee podcast series. Could you tell us more about this?
Adventures in Coffee is a podcast for coffee lovers who want to learn more about what’s in their brew. It’s a collaboration between myself, best-selling author Jools Walker, and Caffeine, the UK coffee magazine. In each episode, Jools and Scott travel the world speaking with experts and joke their way through questions such as ‘is really expensive coffee actually worth it?’ and ‘am I damaging the environment with my coffee habit?’. We keep it upbeat, informative and well-paced. Since launching, the show has charted in the top 5 UK Food podcasts and featured on the front pages of Apple Podcasts. It’s also been selected as the weekly picks for Great British Podcasts and The Listener.

Where did your own love of coffee come from?
As an Italian-Australian, coffee was everywhere around me growing up. Although I didn’t start drinking it until I was 16, I fell in love with it immediately. I loved the ritual, the flavours, the stories. They say happiness is all about the small things – and what offers more joy than a daily cup of caffeinated deliciousness? 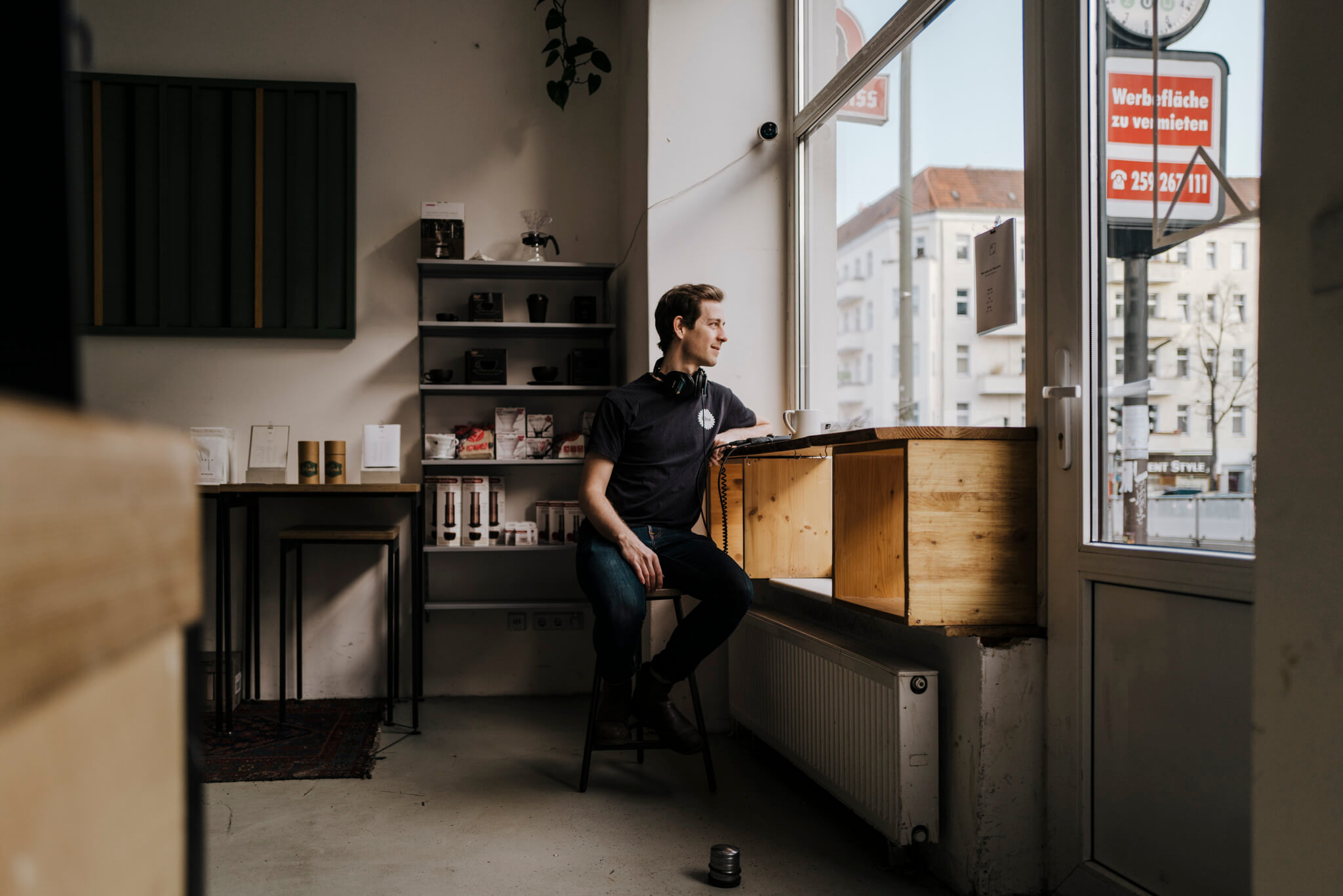 How do you rate Berlin as a city for coffee in general?
If you love specialty coffee, Berlin is amazing if you happen to live somewhere between Frankfurter Tor and Hermanstrasse. Things get pretty grim the further west you head…

Is there anything about Berlin that has helped or hindered the creation of the podcast?
The German government was critical in helping me build a career making podcasts. I applied for Gründungzuschuss (founder grant) instead of taking Arbeitslosengeld when I quit The Barn. These six months of salary helped keep a roof over my head so I could focus on growing my podcast business. Berlin is also a relatively affordable city, which definitely helped during the early days when a €3 Sahara falafel sandwich was one of the few treats I could afford.

Has producing the podcast changed your relationship to Berlin in any way?
I’ll admit, I was never a big fan of Berlin, especially in the early days. I felt that it was huge, impersonal and ugly. But I remember cycling home after quitting The Barn in 2017. It was 9.30a.m. on a weekday, and I told myself ‘I’m free!’ as I cycled past Alexanderplatz down to Jannowitzbrücke. Berlin sprawled in front of me as a place of limitless opportunities. Those same multicoloured tower blocks that I disliked, instead started brimming with questions. Who lives there? What’s behind that? Why was it built? Becoming a self-employed podcaster has helped me reframe my view of the city. And these days I love it – I’ve even bought an apartment in Friedrichshain!

Do you have any other projects going on that you would like to share?
So many… an audio series about a time travelling talking asparagus for kids, collaborations with craft beer magazines, but I’ll stop here in case I jinx them!

Finally, do you have any advice for someone starting out in podcasting?
A common mistake I see (and made myself) is embarking on a new podcast with hopes of it running forever but realising by episode five how incredibly time-consuming it is. A smarter thing to do is make a serialised eight-episode podcast. That’s easily a year of your life right there, but at least it’s finite. If it works for you and you want to continue, then go for series two! But it also gives you an opportunity to tell yourself ‘it was great, I’m so chuffed I did it, and now it’s time for something else’. 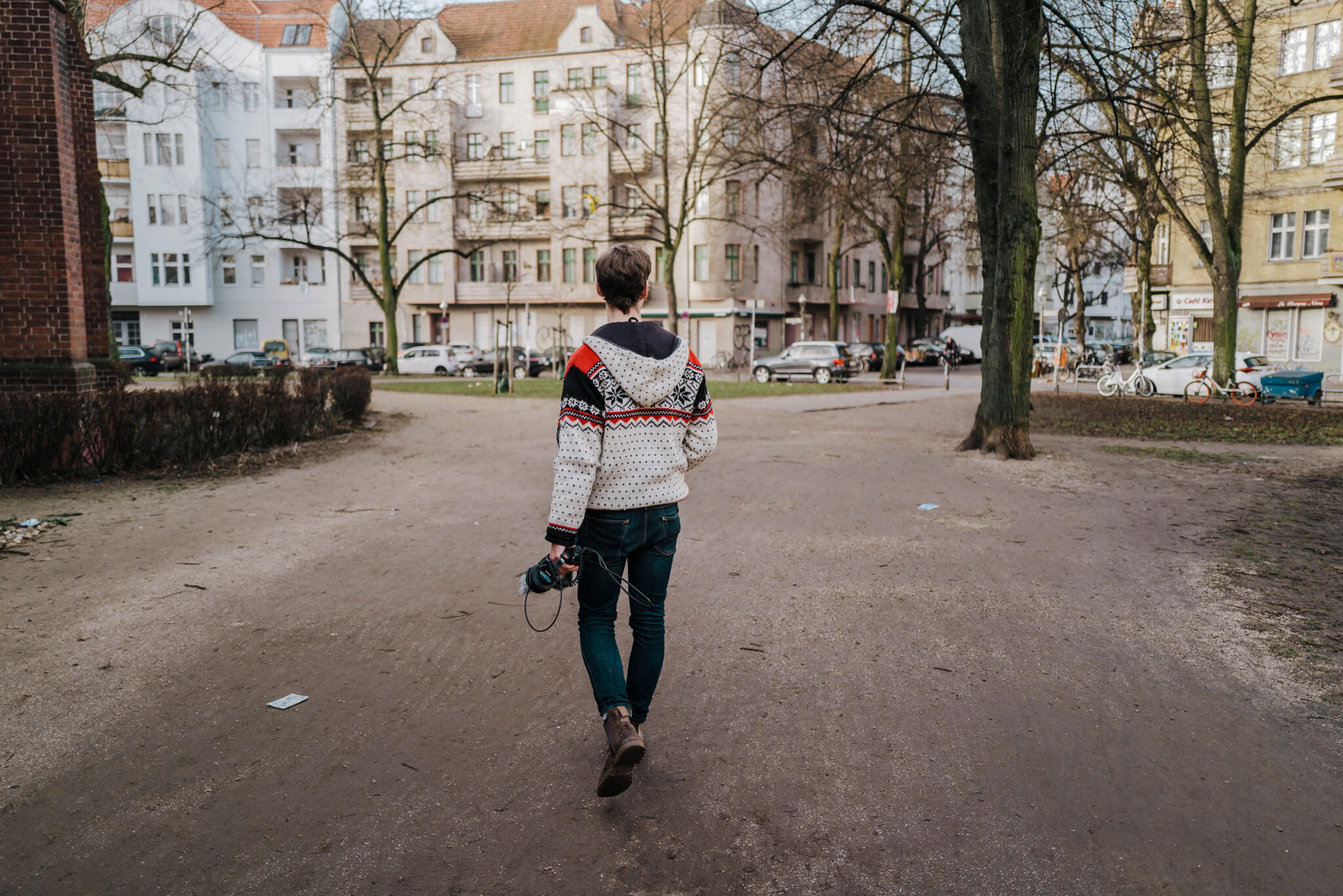