10 Homegrown Podcasts Straight Out Of Berlin

Audio content to perk your ears and tickle your brain 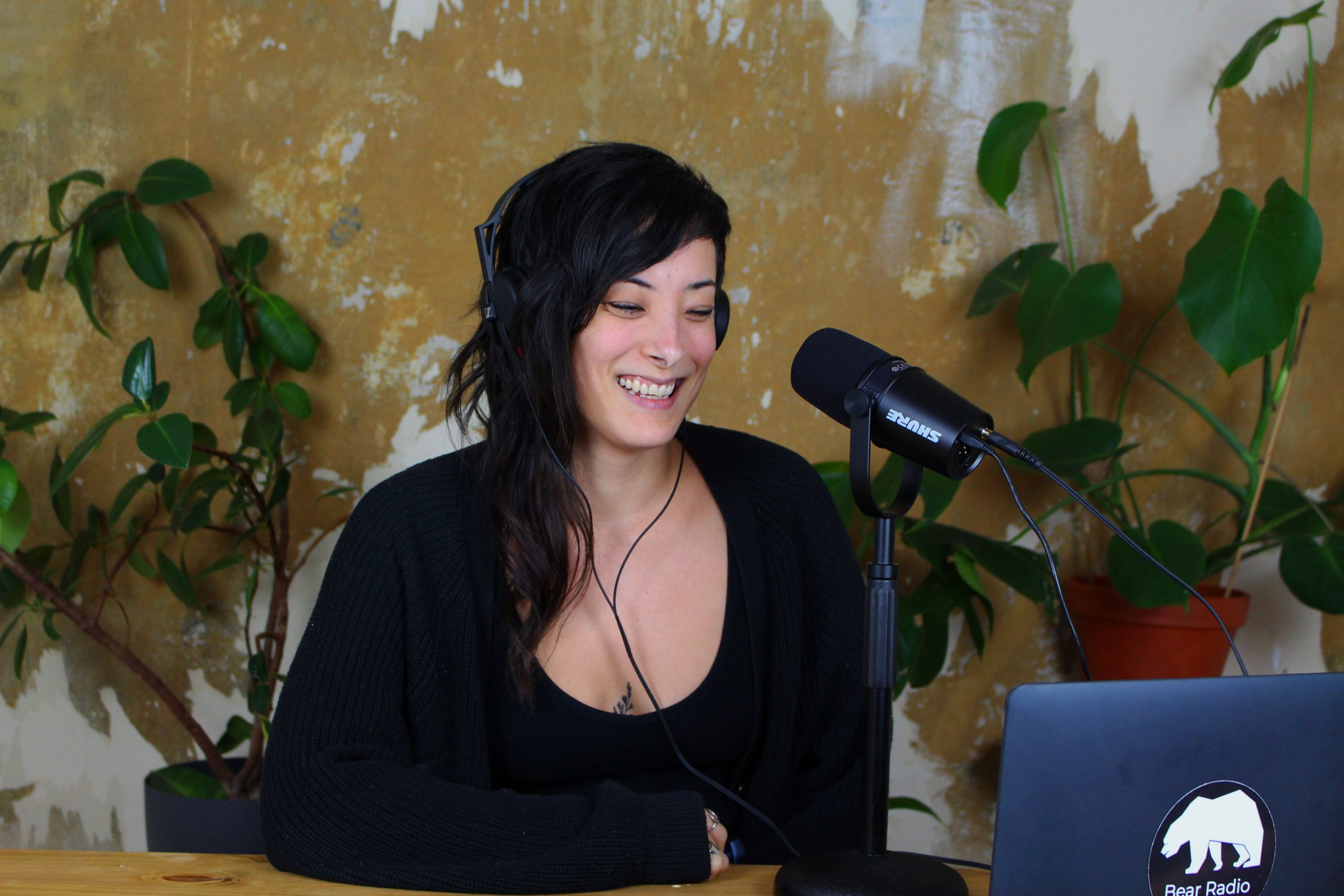 Produced in collaboration with Bear Radio

Berlin is warming up, my friends! You’ve got beers to drink, people to meet, and places to be. While you’re out and about strolling around the city or reclaiming some of that me time that just vanished into dust, you could be listening to some awesome Berlin-based podcasts and learning more about the people, places, and culture that make this city so special. Sounds like a good idea? We agree, so we asked Jill and Julia of Bear Radio for their tips on the best podcasts blasting out of the city right now. This is what they came up with…

Another Berlin is a new podcast about the city of Berlin that takes deep dives into the unconventional ideas, subcultures, and underground movements that have shaped the metropolis and its culture. The podcast is produced and hosted by Cody Swanson and Katarina Petrovic, who have made it their mission to show a different side of the city and to tell the history behind the spaces and movements we know today. They speak to people like Marko Krojac, a photographer who came to Berlin two days after the fall of the Wall, people who are currently living in communal squats, and unearth the history and evolution of Tempelhofer Feld.

Where to start: We recommend kicking off with episode 4, which is all about how squatting can still make a difference in Berlin today.

All Boats is a podcast created and produced by Bear Radio (that’s us!) that shares incredible stories of community, education, and collective success. This series reimagines the meaning of the saying “A rising tide lifts all boats,” through showcasing the work of community leaders and engaged founders. Our tide lifts everyone – the big boats, small boats, and those without a boat – not just the superyachts. From DJs and bartenders to ceramicists, skaters, and scholars, this podcast will introduce you to people who will undoubtedly inspire you to be proactive within your own community – to create new spaces of your own and bridge the gap between your profession and public benefit.

Where to start: We suggest starting with episode 5, which features an interview with Alyssa, Lisa, and Enos of Skateistan. 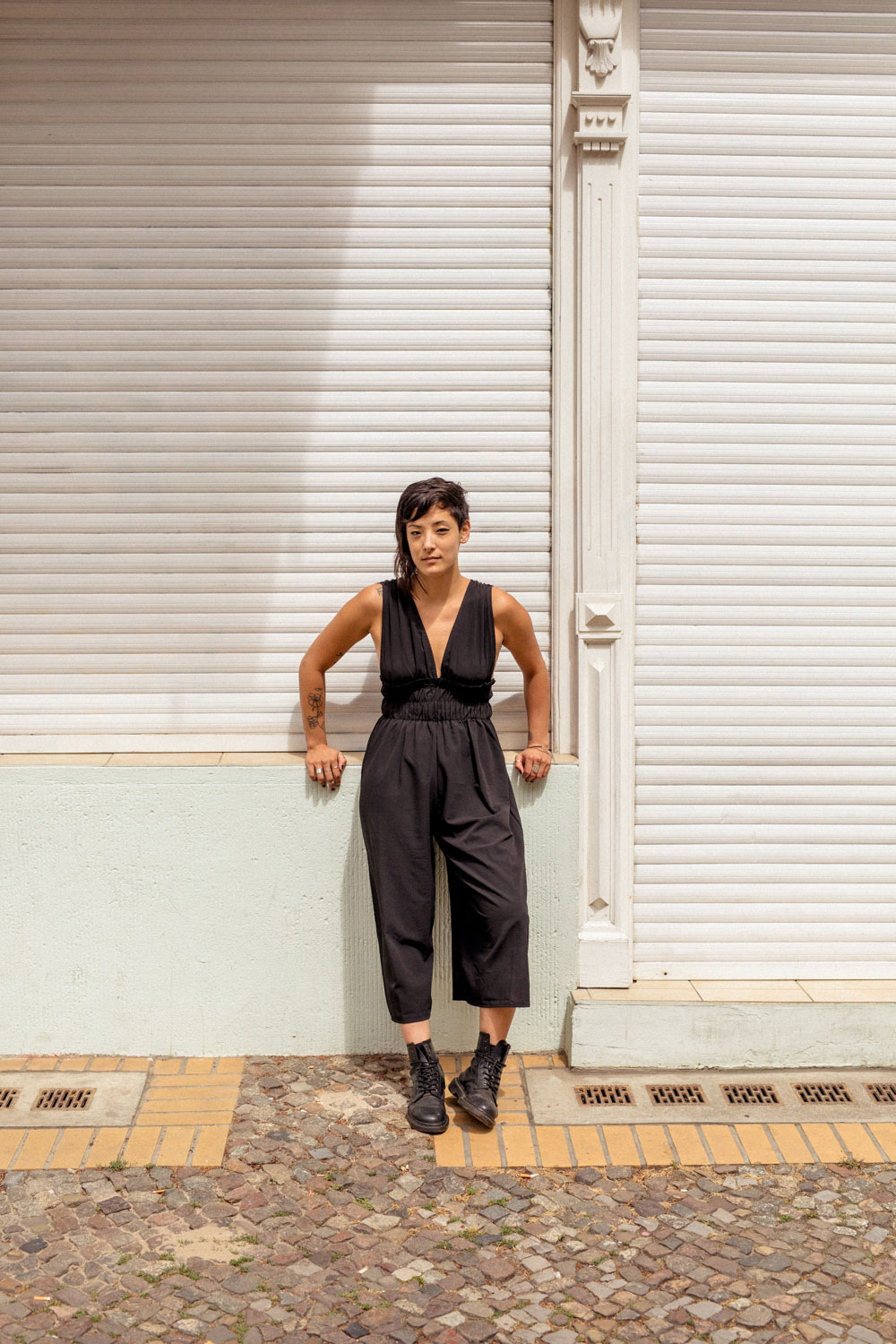 Air, produced and hosted by Emma Robertson, has been around since 2017 and since gained a loyal following that tunes in to the podcast for in-depth, unique interviews with artists, DJs, and musicians. Each episode features a discussion on a particular theme or topic that inspires the musical artist being interviewed, be that a film, spirituality, or anything in-between. The format of the podcast shows a side of the artists being interviewed totally distinct from their public persona. Past guests include Chris Watson, Jeff Mills, and Afrodeutsche, and new episodes come out on the last Wednesday of every month.

Where to start: We think you should start with Episode 30 with Jessy Lanza, as she is just great.

Tanti Table is an intersectional podcast out to question the status quo, and they’re back with a brand new season! Hosted by Rhea Ramjohn, Armeghan Taheri, and Goitseone Montsho, the podcast brings Thinkers + Anecdotes + News +  Taboos + Intersectionality to the Tanti Table. In each episode, the hosts explore everything from intersectionality, social-cultural issues, and current events through a critical lens. The podcast provides “Black & Brown femme commentary from Berlin & beyond as artists, poets, designers, editors, fashionistas, bosses, mothers, educators, & messy global side-eyers sit together at the Tanti Table!”

Where to start: From the new season we recommend diving in via the ‘White Supremacy Been Scamming Us’ episode. 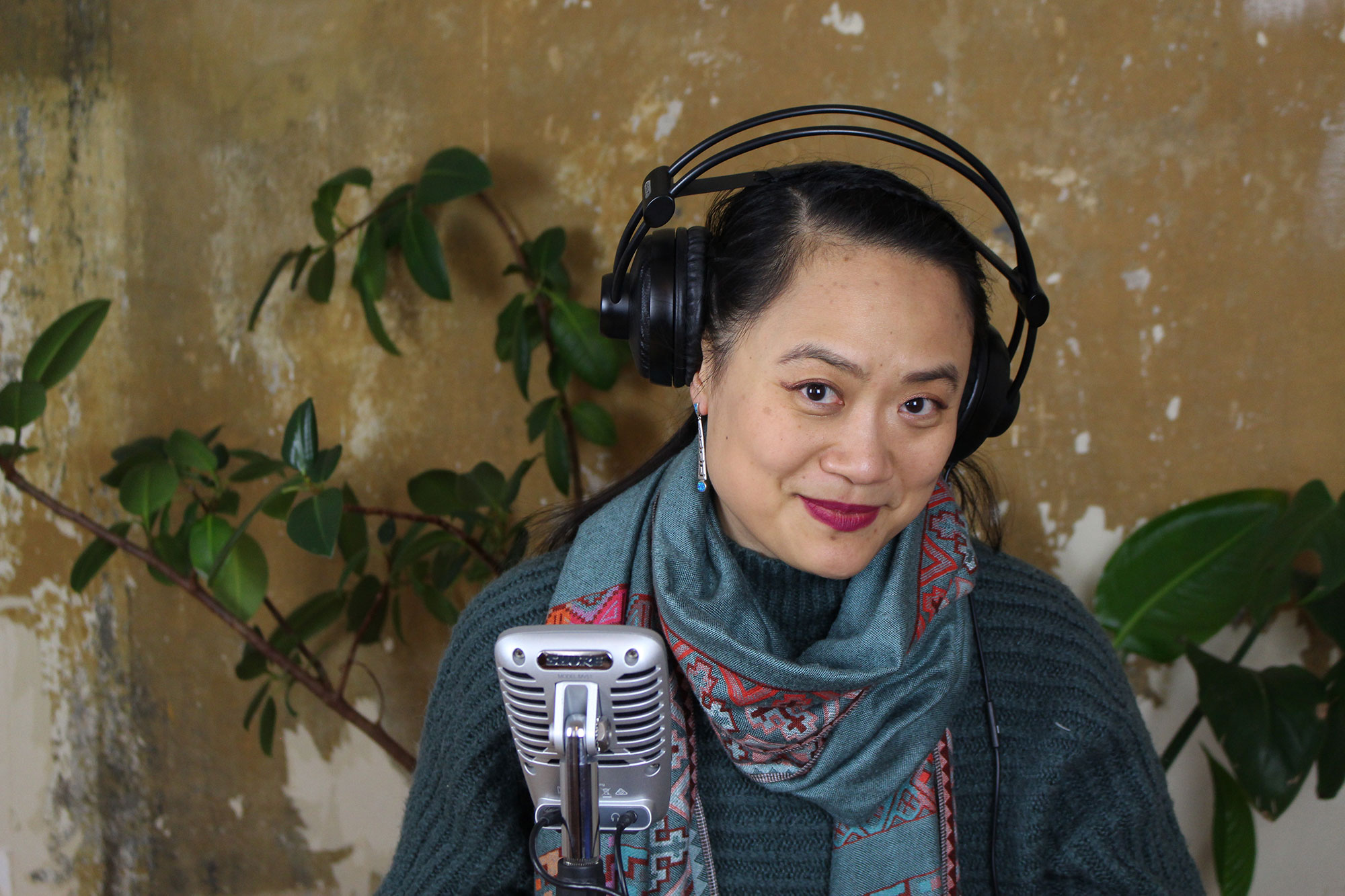 Beyond Asian by Sen Zhan is a podcast bringing you stories about global nomads with Asian roots exploring the interplay between the identity associated with an individual’s country of origin and the multiple cultures that have shaped each person’s life. When describing the podcast Sen says, “From laughter to pain, we explore their relationships to their pasts, their places in chosen and inherited communities, and the presence of culture within their hearts.” In past episodes, Sen has spoken with Dewi, a woman who discovered her bisexuality growing up in a Catholic-Muslim household in Indonesia; Julian, the only Chinese-speaking psychologist in a large Canadian city; and a Dutch-Vietnamese woman who is healing the emotional rifts in her own family.

Where to start: We recommend listening to episode seven with Hanmin Yang, the CEO of Alike – a video-based dating platform designed with Asians of all backgrounds in mind.

Neuschland is a podcast about Germany, from Germany, by journalists Kate Brady and William Noah Glucroft. In each episode, they delve into the latest German news and explore politics, current events, and news coming from the world’s “most bashful superpower.” Past episodes include election updates and breakdowns, all the latest on the AstraZeneca drama, and stories from the 30th anniversary of the fall of the Berlin Wall. Every episode brings listeners fascinating and relevant information about our dear Deutschland.

Where to start: We recommend starting out with episode 17, Blame Game, featuring an interview with political correspondent Christina Lewinsky all about Markus Söder’s dreams of the chancellery. 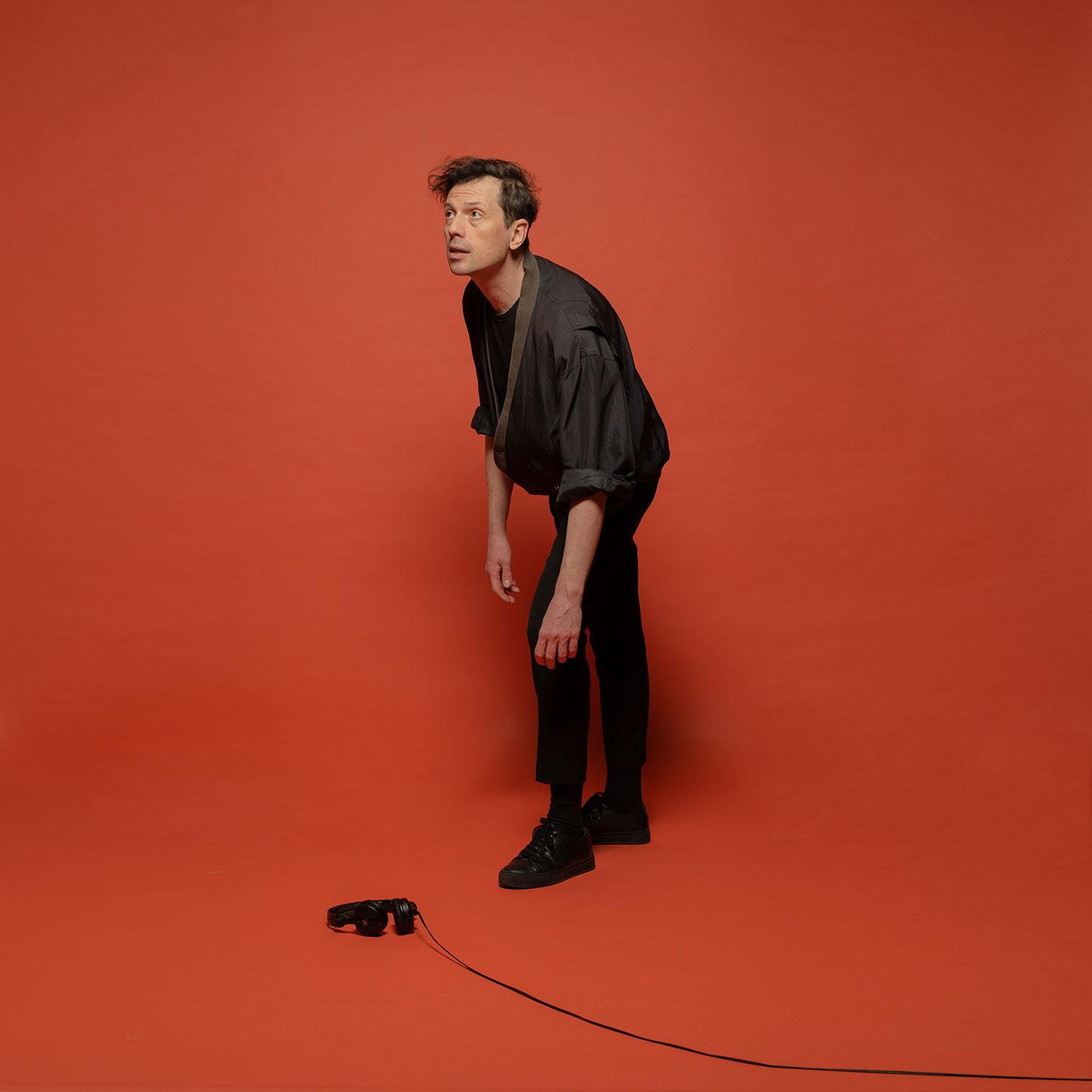 Lost And Sound uncovers how artists, creators, and fans come together through music, honing in on cultural hotspots Berlin, Kyiv, and now in the third season, locations around the world. Over a mixture of interviews, personal narratives, and field recordings, writer and DJ Paul Hanford speaks with musicians and artists from a range of disciplines. Together, they explore themes such as their individual connection to music and their city, identity, and much more.

Where to start: You can’t go wrong if you get started with the Peaches episode. We love her.

JFKS IDEAS is a podcast produced by the IDEAS Club at the John F. Kennedy School here in Berlin. IDEAS stands for: Identity, Diversity, Empathy, Awareness, Service. The podcast was “born of the demand that in our time of crises, in our Age of Anxiety, when democracy is fragile, when intolerance is increasingly tolerated, we must intensify our efforts to create a safe but challenging space to discuss and celebrate diversity. IDEAS is about challenging stereotypes, grappling with our biases, and tackling tough issues.” Each episode features lively debate and discussion, accompanied by interviews. The students who produce the podcast are talented, thoughtful, and extremely knowledgeable on the topics they cover, so it’s an awesome inspiration for other students wanting to make their own podcast. We admire the IDEAS team, not only for their dedication to the podcast itself, but because they are able to speak about these issues with a clarity and respect seldom seen in debates. Daniel Lazar, the students’ teacher, producer, and biggest advocate, plays a huge role in the podcast and deserves lots of kudos for making this show a reality.

Where to start: We suggest that you set off with with the episode ‘JFK on MLK’ first. 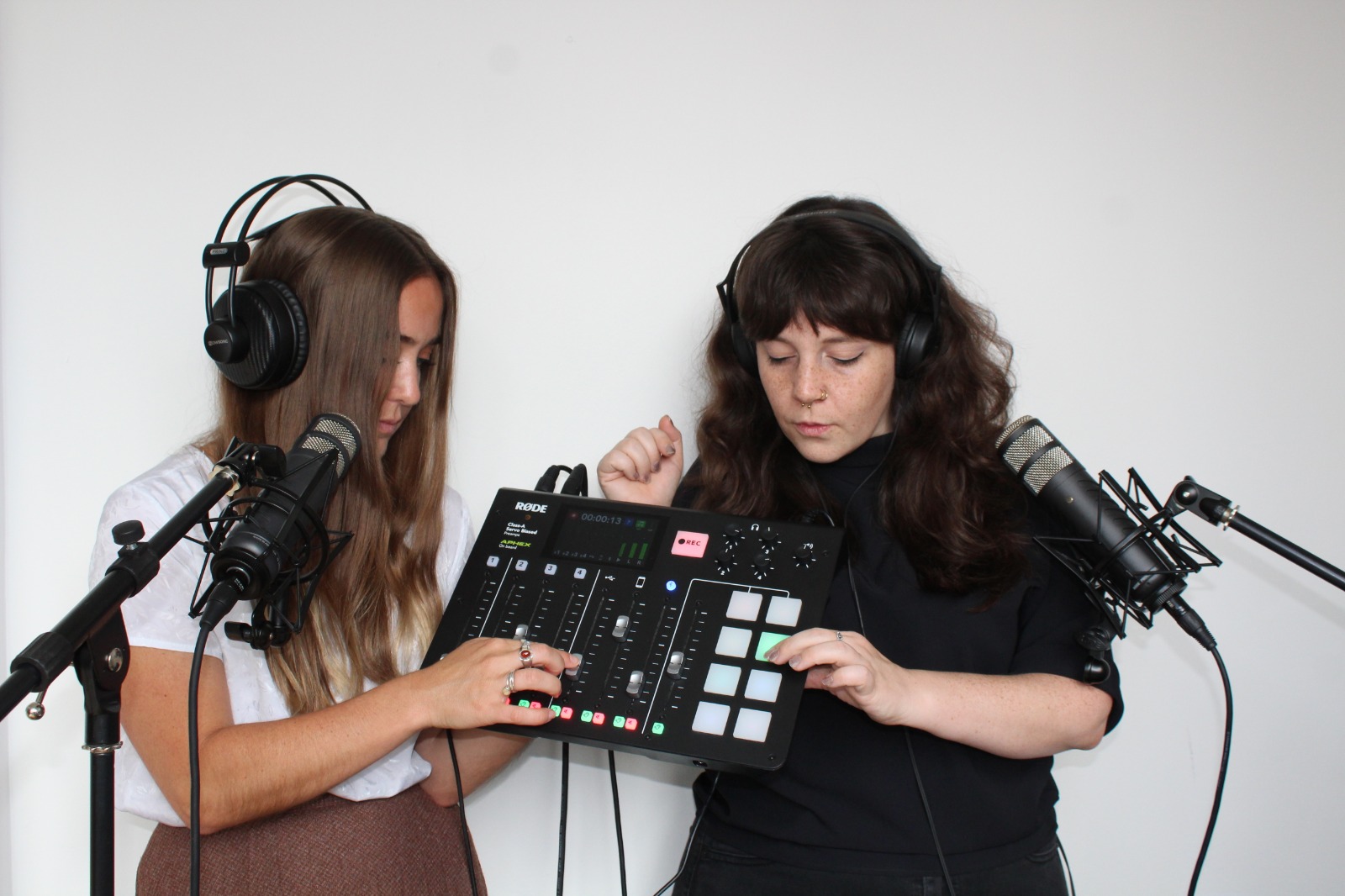 Berlin Bigwigs, also produced by Bear Radio (that’s us again!), is a podcast exploring the beloved faces, places, and attractions that make Berlin the cultural touchstone that it is. The podcast explores the incredible things that they see in the German capital everyday, but know very little about. From local celebrities to eateries and landmarks, each episode is meant to create a sense of community and provide a window into the soul of the city. Episodes cover everything from Berghain to the BVG, and even feature the beloved döner kebab.

Where to start: We recommend starting out with episode three on Berghain.

Corner Späti brings you weekly discussions about a deteriorating world, all from the comfort of your local smoke-filled Spätkauf – i.e. exactly where we want to be right about now. Hosted by Ciarán, Julia, Rob and Nick, the podcast covers everything from Berlin vaccinations to Silvio Berlusconi. You never know what you’re gonna get, and that’s a good thing! They’re always releasing new episodes and specials, so keep an eye out for new happenings on their Twitter.

Where to start: With this show, we think it’s best to start with the most recent episode, so always fire up their latest offering and work your way backwards.

If you’re looking for more Berlin podcasts, or if you’d like to make your own podcast, be sure to follow Bear Radio. They’re always producing new shows, collaborating with Berlin’s audio scene, and teaching workshops. If you’d like to learn more about their work, reach out at [email protected]. 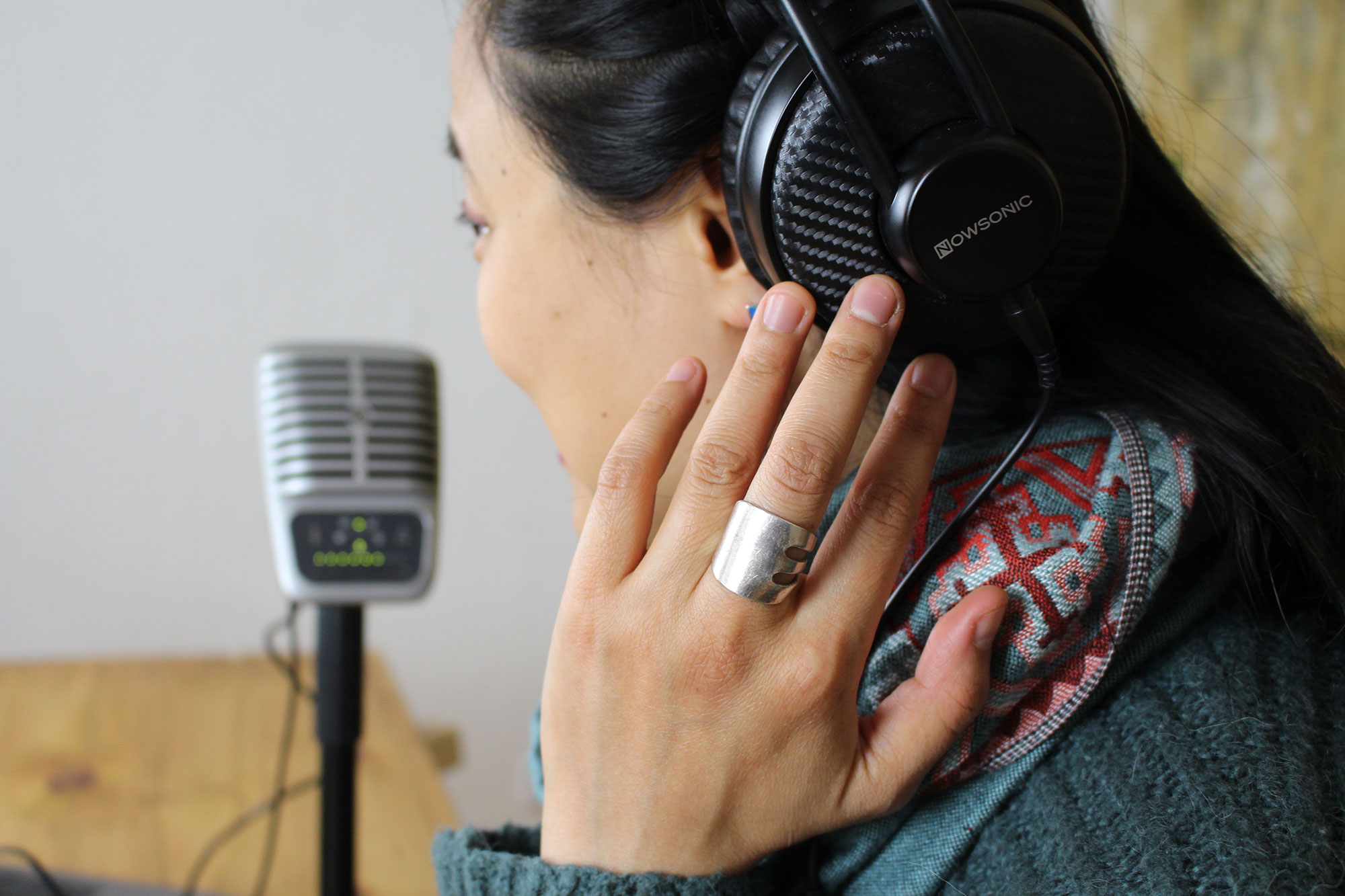