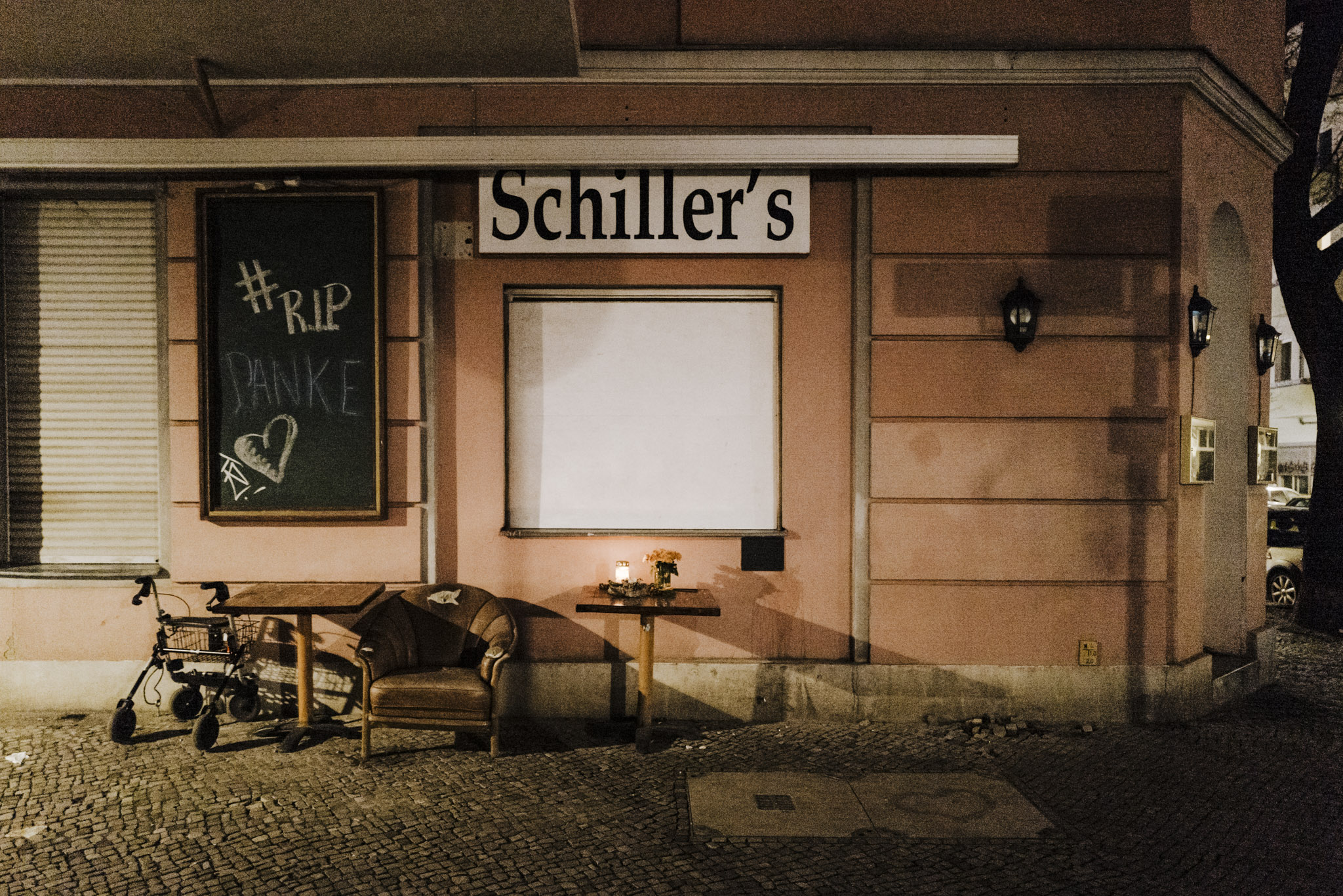 When the lockdowns end, Berliners will emerge onto streets rendered unrecognizable. Many of our favourite bars, cafes, restaurants, clubs and shops have closed. Brown-papered windows are already part of the eerie aesthetic of the coronavirus crisis.

Lost cultural spaces must be documented, not only out of nostalgia, but also to hold someone to account. Small businesses have suffered the most from the course of economic chemotherapy administered by politicians. Big enterprises enjoyed bail-outs, employee furlough payments, and permission to continue operating.

But many small traders fell between the cracks of the highly bureaucratic financial support programs. Instead of unconditional aid, politicians devised complex criteria that excluded countless precarious businesses. Money arrived too late, if at all, and was followed by threats of prosecution for minor infractions.

When Germany’s economy shrank by 5% in 2020, most large businesses carried only minor damage, and the rich got richer. A study by UBS bank found Germany’s 119 billionaires increased their wealth by a collective €490 billion during the pandemic. But small businesses hit the wall, bearing the bulk of that 5% on their skinny shoulders.

Political decisions were made to close cultural spaces, while offices and factories kept chugging along, relatively unaffected

Some may argue it couldn’t have been done differently – that Germany fared well compared to other countries, that some businesses could never have been saved. Yet there were alternatives. Payments should have been unconditional and instant. The cost of small-scale fraud would have been minor compared to the price paid by so many undermined entrepreneurs. Taxes on the winnings of the rich could have easily kept community commerce alive. Political decisions were made to close cultural spaces, while offices and factories kept chugging along, relatively unaffected. The predictable result was the continued rise of the infection rate. Street-level businesses were forced to become the symbols of a shutdown that was little more than performative and had no discernible effect on public health.

Commercial landlords, too, are liable. Most demanded full, uninterrupted rent despite the clear lack of trade. In November 2020, the Bars of Berlin network surveyed their members and found that only 10% had received a rent reduction. This type of rentier capitalism is worthless to the economy and should be regulated away.

Shops will eventually reopen, new bars and cafes will replace the old, the cycle of urban flux will resume. But out of respect for those local operators whose dreams died before their time, it is important to record each and every cultural casualty of the response to the pandemic.

LOLA is documenting the spaces that have closed during the coronavirus crisis. Do you know of a bar, cafe, restaurant, club, shop, stall or other cultural space that has been forced to shut down during the pandemic? Send stories, photos, and memories to [email protected]