Come One, Come All: Welcome to Circus Charivari

A glimpse into the wild wonderland on the fringe of Berlin A short walk from Storkower Strasse S-Bahn brings visitors to the brightly painted entrance of Circus Charivari. Like children stumbling into the magical land of Narnia, walking through the large orange gates brings you to the grounds that are bursting with life, people, music, and art.

Wearing top hats, stage makeup, colourful costumes, and big smiles, the residents welcome passers-by into their world, a sprawling plot of wilderness on the border of Friedrichshain and Lichtenberg that is home to caravans, circus tents, and the Villa Kuriosum.

The team behind the circus and the Villa Kuriosum are like family, many having known each other for over 20 years through friendships and alternative housing projects in Berlin. On a warm Wednesday, one of the founders, Friederike Bérat, sits in front of her caravan. The group is relaxing, eating a communal lunch, and practicing their acts for the Friday night performances while Friederike explains the origins of the circus: “We have been renting this space from the city for the past 10 years and always moved out here for the summers, offering performances for three weeks or so. In 2012, we decided to make a change in the concept and became Villa Kuriosum. We wanted to create a space that is neutral, where everyone feels safe and right.” We wanted to create a space that is neutral, where everyone feels safe and right. 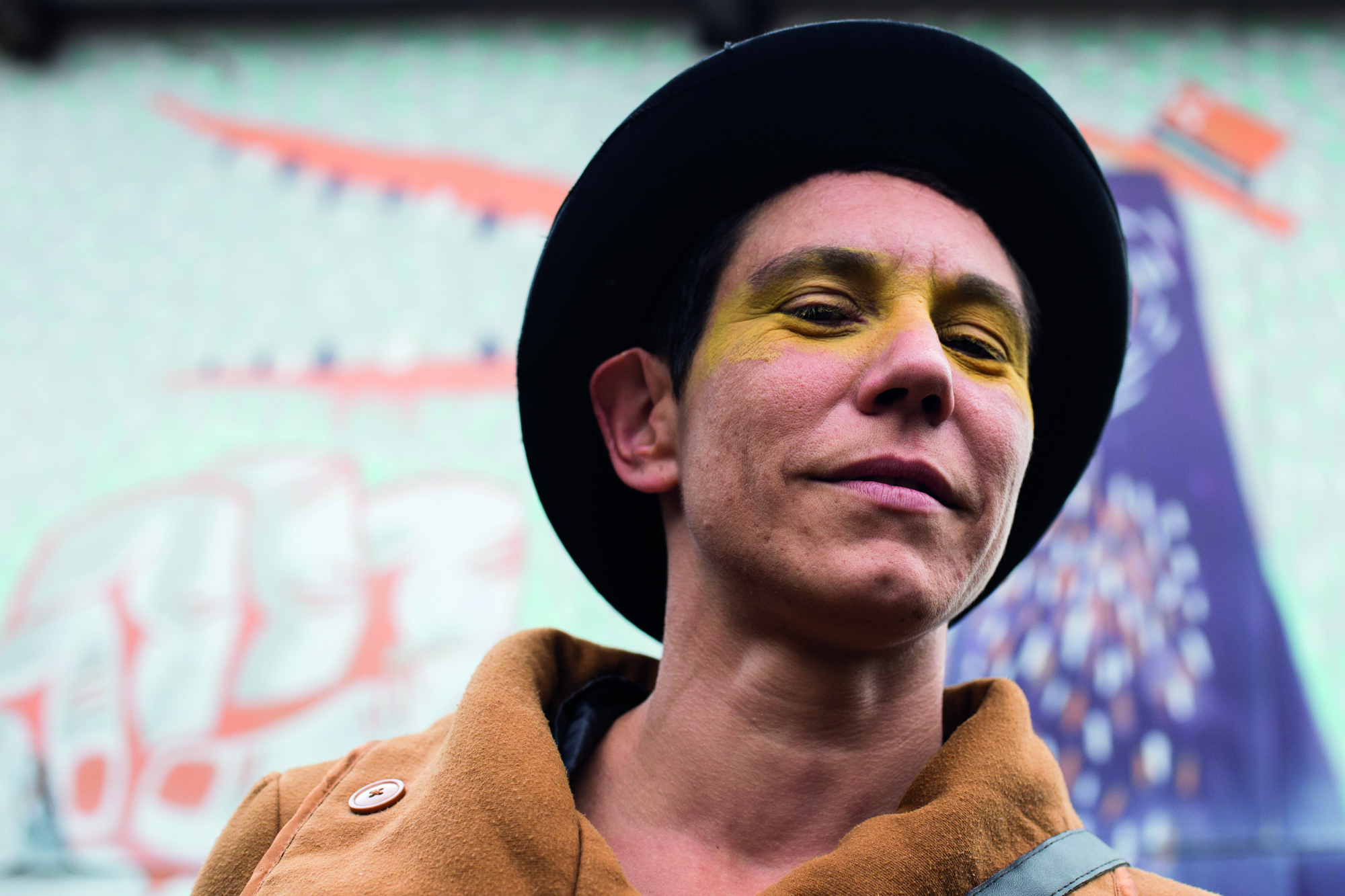 Claire Terrien, one of the founders of the circus Claire and Friederike discussing plans for the evening show

In addition to being a founder of the circus and the ringleader for most of the main tent’s performances, Friederike set up the “Cabinet of Curiosities” situated in the main building of the Villa. The room contains her own curated collection of oddities and is filled with taxidermied animals, old toys, dolls, typewriters, dried flowers, plants preserved in formaldehyde, and other esoterica from around the world. Each and every item in her collection has a story, and she happily opens up her sanctuary to circus visitors, referring to it as a museum of the future.

“We are a free, self-organized cultural space, combining visual and performing arts, linking the local cultures with international. We really think that art is for everybody and it shouldn’t only be shown in galleries. So, we decided to experiment with new ways of showing, to unravel the different aspects of the art, because today art is very much defined by the spaces they are in. But it doesn’t have to be that way. We’ve had one of Isabel Ott’s installations here for example – not a usual place for it but it worked!”

Inside the Cabinet of Curiosities 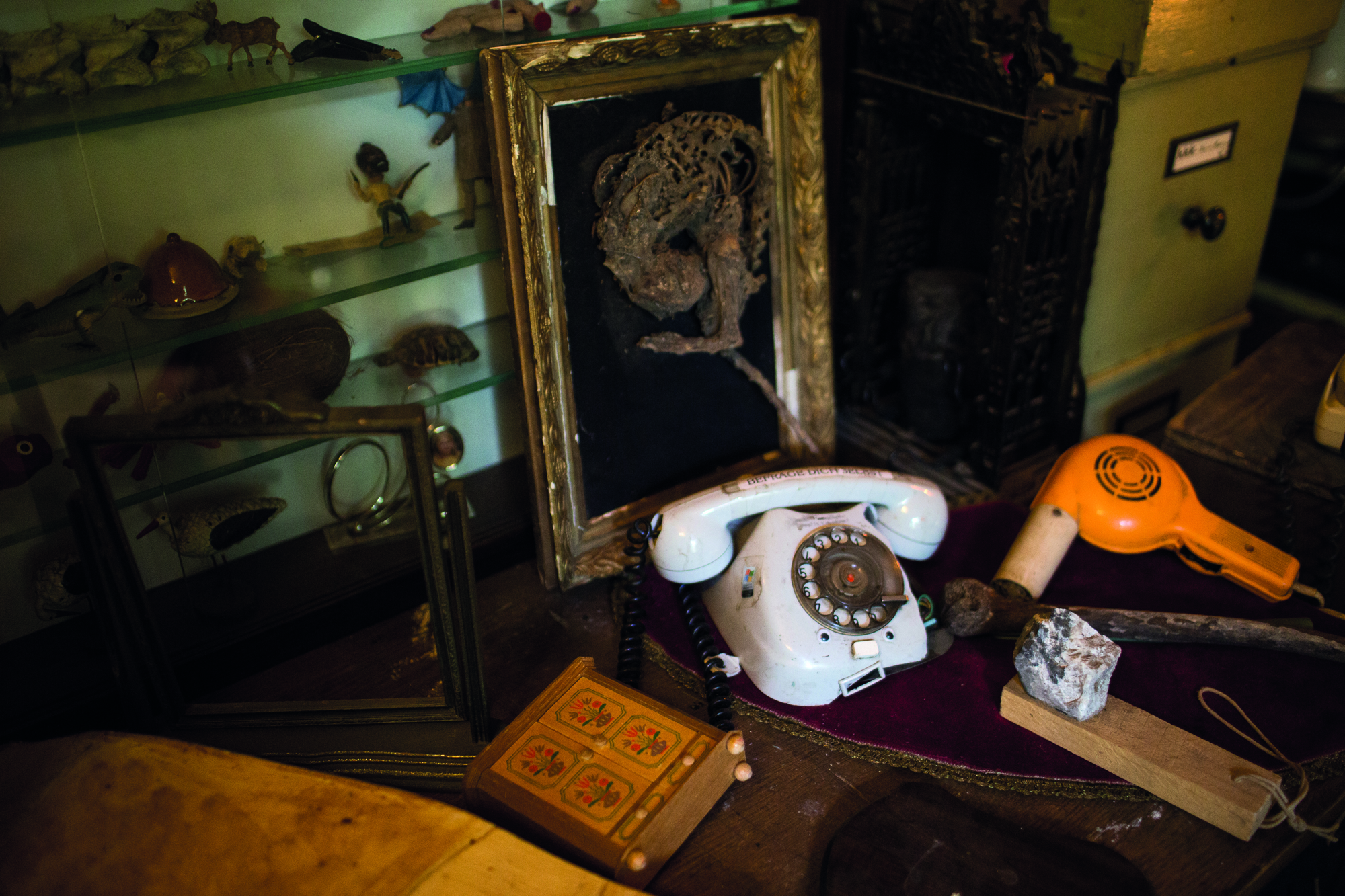 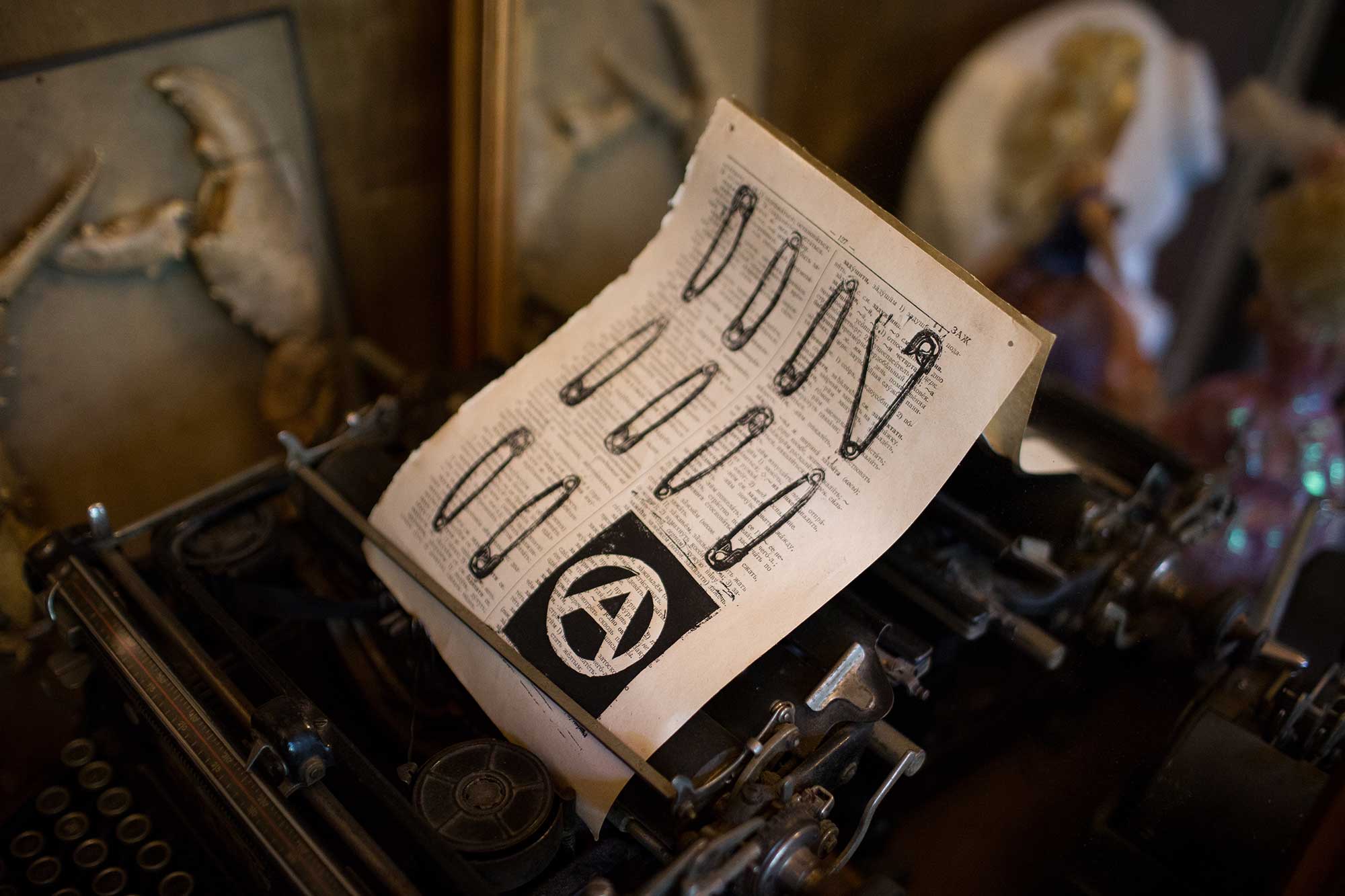 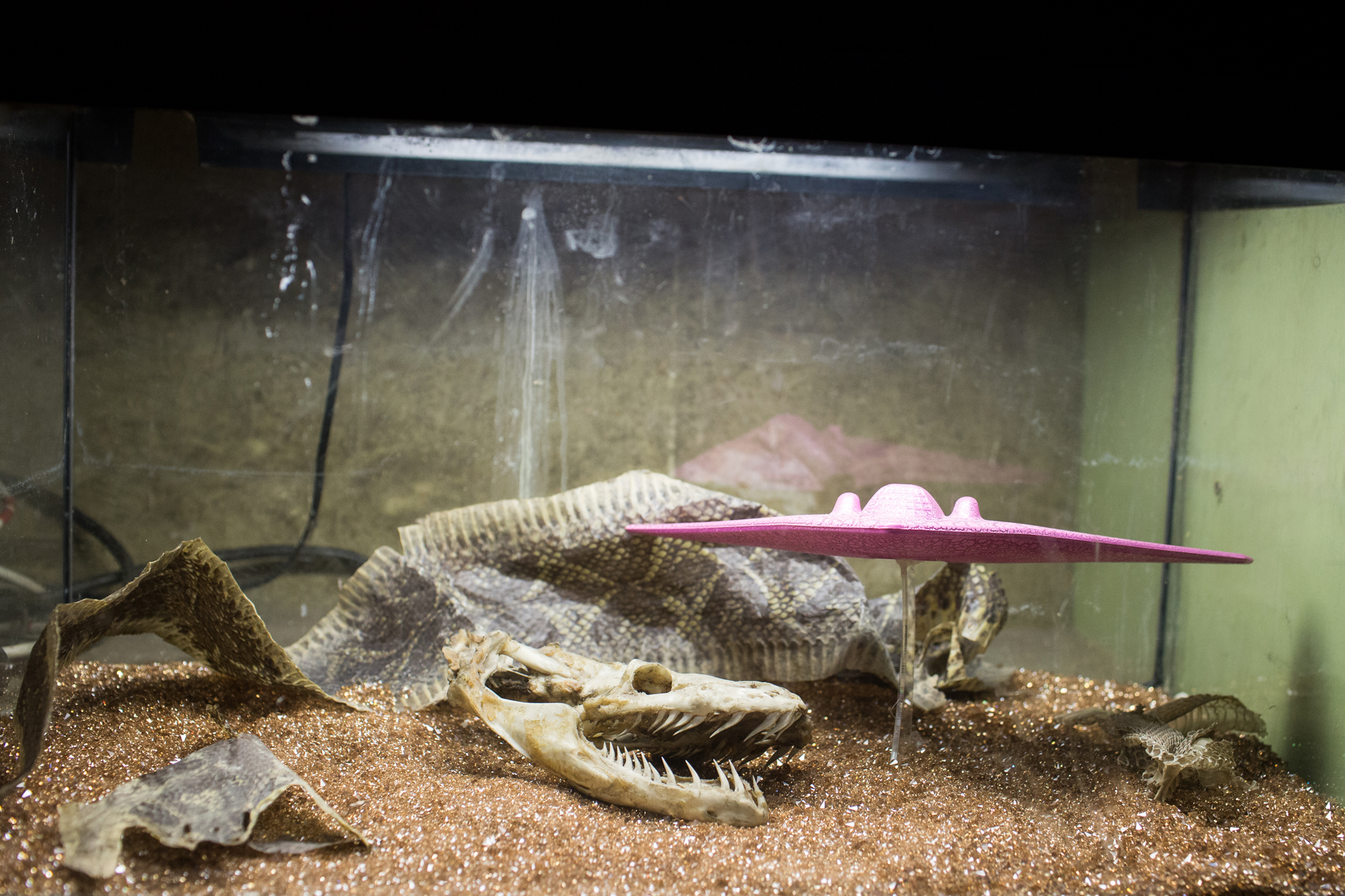 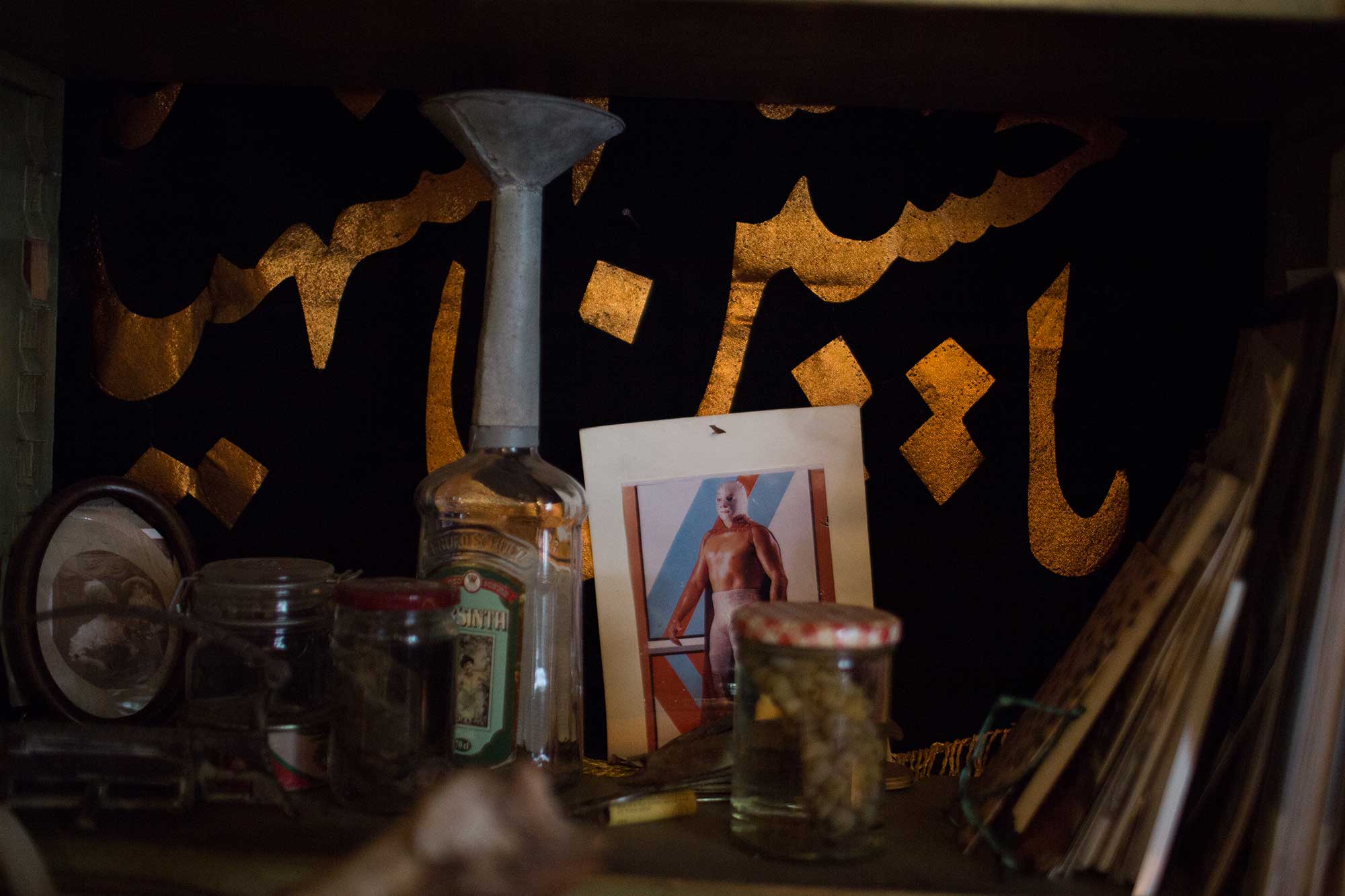 The Charivari family has around 15 members with very different backgrounds but they all have one thing in common: they prefer to define their way of life and aren’t afraid to express themselves. Claire Terrien, a French lighting and stage designer who recently began to do her own performances, is one of them. She and Friederike lived in the same housing project building in Friedrichshain long ago and built the circus together. Claire describes her perspective on the different way of life they’ve established at Charivari: “The Villa is not only for the radical scene. I don’t think living in a different way needs to mean living in anarchy. But it is important to show that there are different ways of living without segregation; to take things out of the usual frame and make it for everybody.”

When Claire and Friederike started booking the circus shows, they wanted to create a circus where performers of all backgrounds and persuasions could find a home, where nothing was too freaky or weird. They weren’t concerned with professional circus artists, but more to provide opportunities for everybody to present different acts on stage and to try new things. Throughout the years, more and more artists have joined them to develop their skills, including international groups that visit for the summer. A group from Tehran comes every year, others from Serbia, France, England and Spain. There is no expectation of perfection or even polish: everyone entertains the audience in the way they want to. Friederike introducing the acts in the main tent Muti Mago performing in the tent

We really think that art is for everybody and it shouldn’t only be shown in galleries. Dressing up is big part of the circus experience Some of the visiting performers at the circus The entertainment includes performances in Charivari’s main tent, musical acts in the Villa, and installations and happenings all around the property. Throughout the season, you might find the aerial artists of the zirka trollop trapeze group in the garden, bringing Franz Kafka’s First Sorrow to life, or members of the Omnivolant flying trapeze troupe coursing through the air to a backdrop of live music. You might encounter a French musical group serenading the crowd with a computerised cupboard, or at night, Muti Mago of Spain performing a humorous magic show that draws participants from the crowd. From fire-juggling performances that look tantalisingly dangerous to atmospheric installations such as the one courtesy of Anna and Vladica visiting from Serbia, made to resemble the inside of a whale’s stomach, there is no limit to what the Circus Charivari community can produce.

No two shows in the main tent are ever the same but there are certain community fixtures, like Oli and Holger, who vary their acts throughout the circus season. During the latest season, Holger set up a sideshow in a corner of the garden. Dressed in a lab coat, he asked visitors to participate in his study on conquering depression, which took the form of guests hammering a large sponge marked “sex,” “love,” and “partying” amongst other things. By the end of the season, Holger had redecorated and invited visitors to shoot Christmas, aiming BB-guns at hanging baubles and plastic elves. 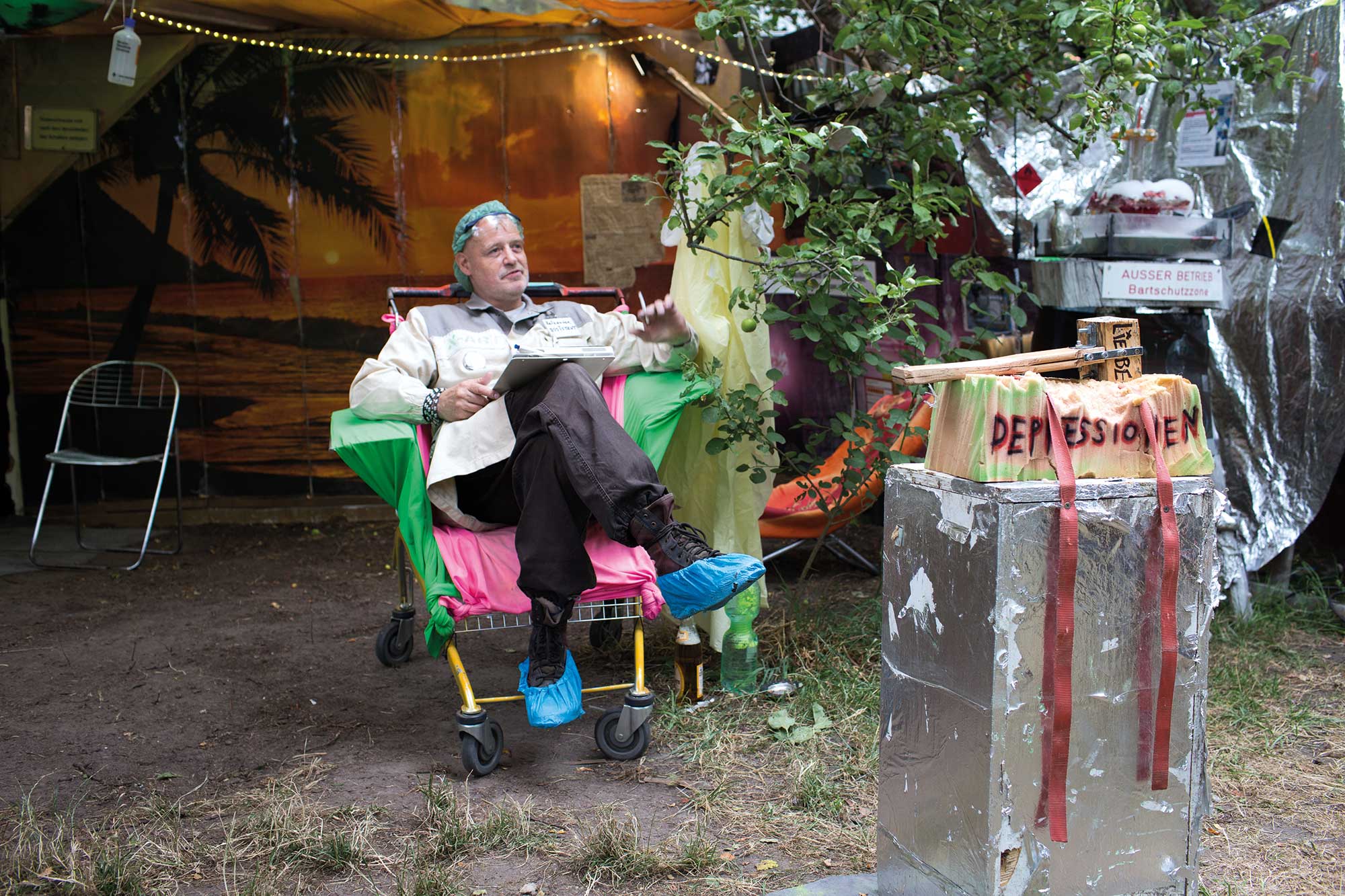 Holger and his sideshow 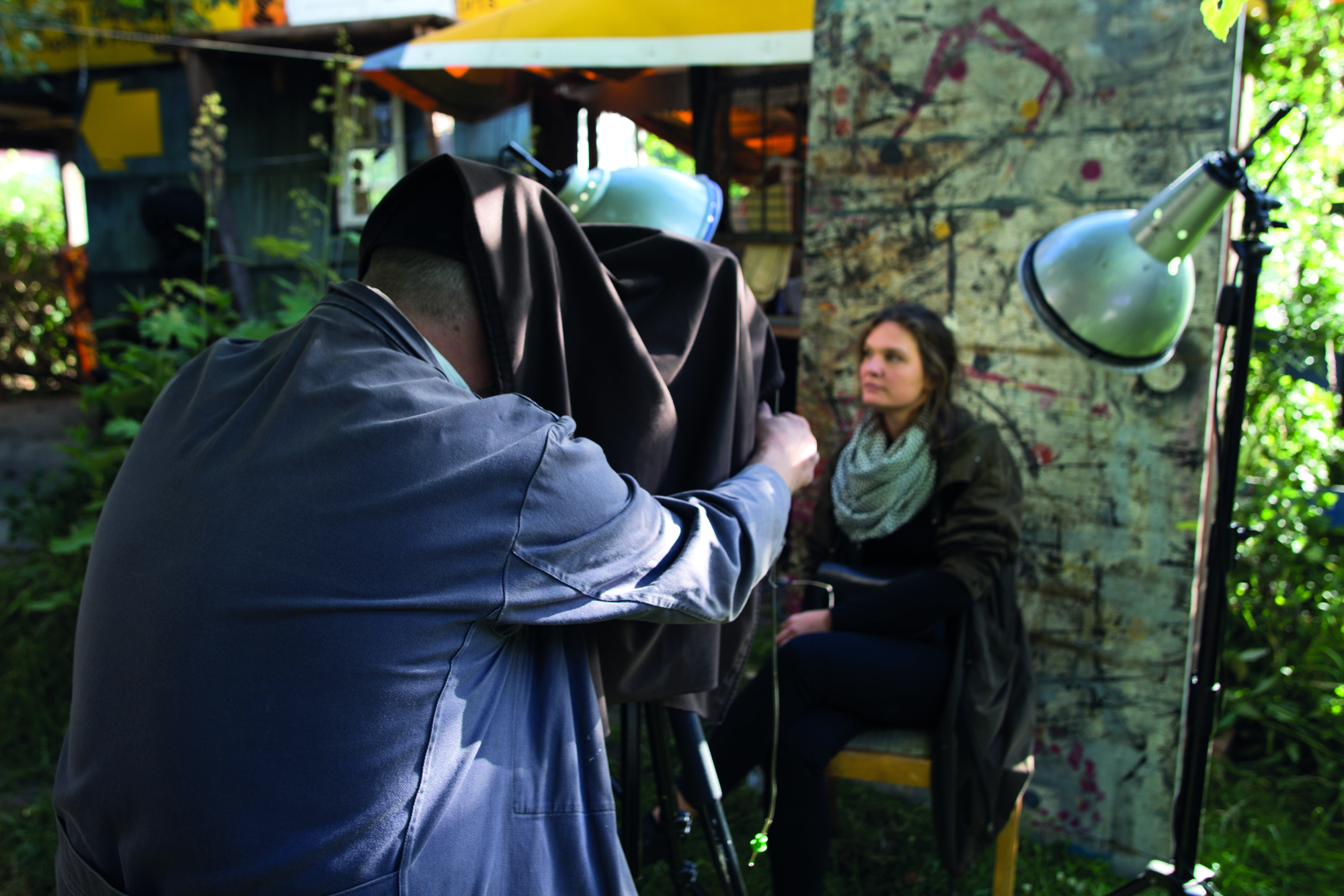 Oli behind his camera

Oli, a tall and sarcastic man with impressive mutton chops, tends in a well-known Berlin bar during the winter months. During the latest season at Charivari, Oli set up a photo booth in his small cabin in a corner of the garden with an old wet-plate camera. For €10, visitors could take away a memento from a bygone era. When he is not under the black sheet of the camera, Oli also participates in the Charivari shows in the main tent, singing German lullabies in his deep baritone, entertaining the crowd in a furry yellow bunny suit, or asking the audience to participate in an escape act where he ties two willing victims together with a length of rope and leaves them to disentangle while the three-piece house band plays a jaunty tune.

Villa Kuriosum’s mixture of anything-goes artmaking and spontaneous performance blends perfectly with the semi-overgrown area inhabited by the community. The land has been cultivated into gardens containing over 800 different plants, including an entire garden with a focus on toxic plants. For this reason, guests are not invited to forage on their own, but can enjoy tours that introduce them to the medicinal and toxic flora. Friederike giving a quick tour of the gardens You can only eat the cherries, but they are delicious! 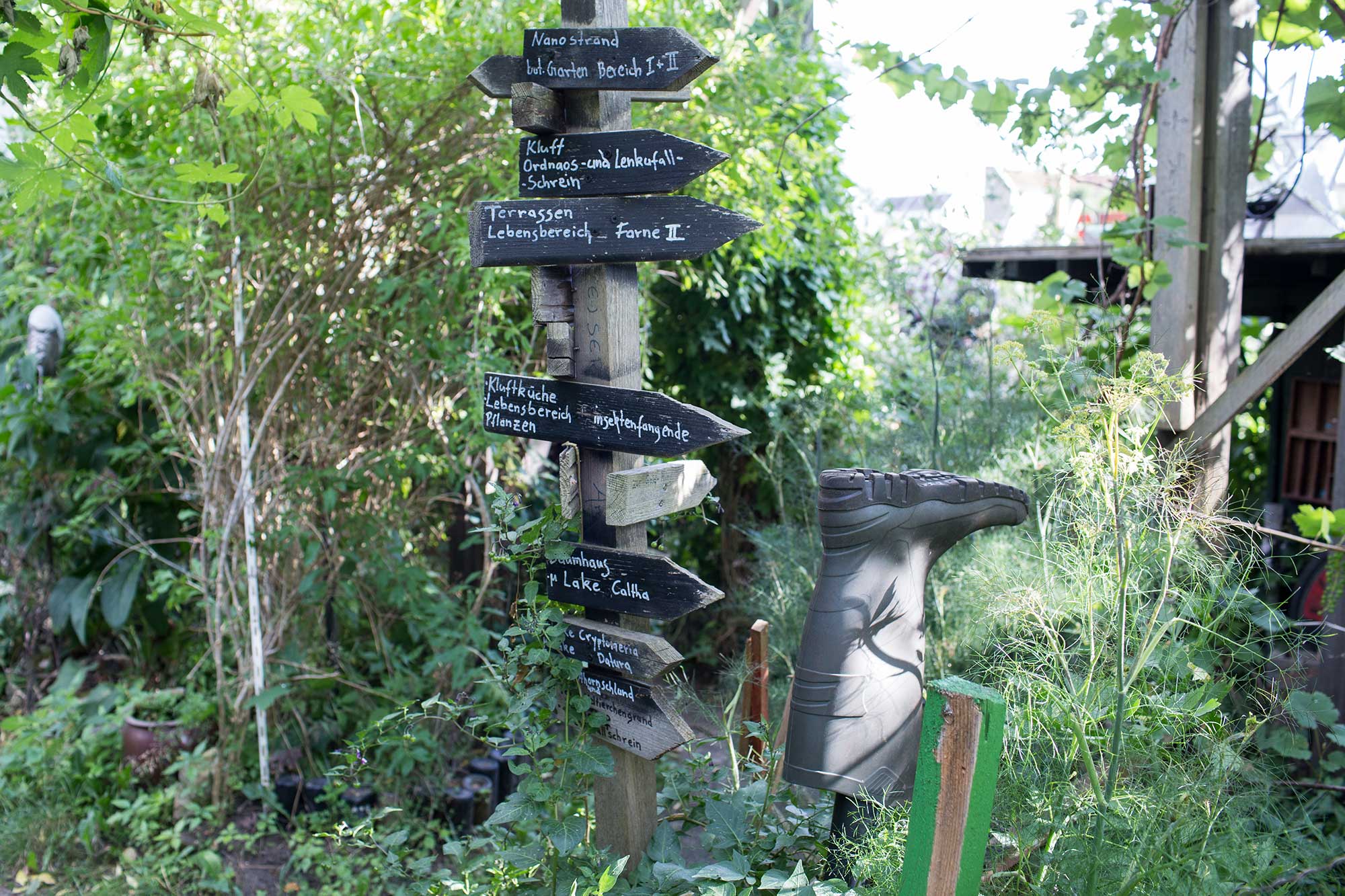 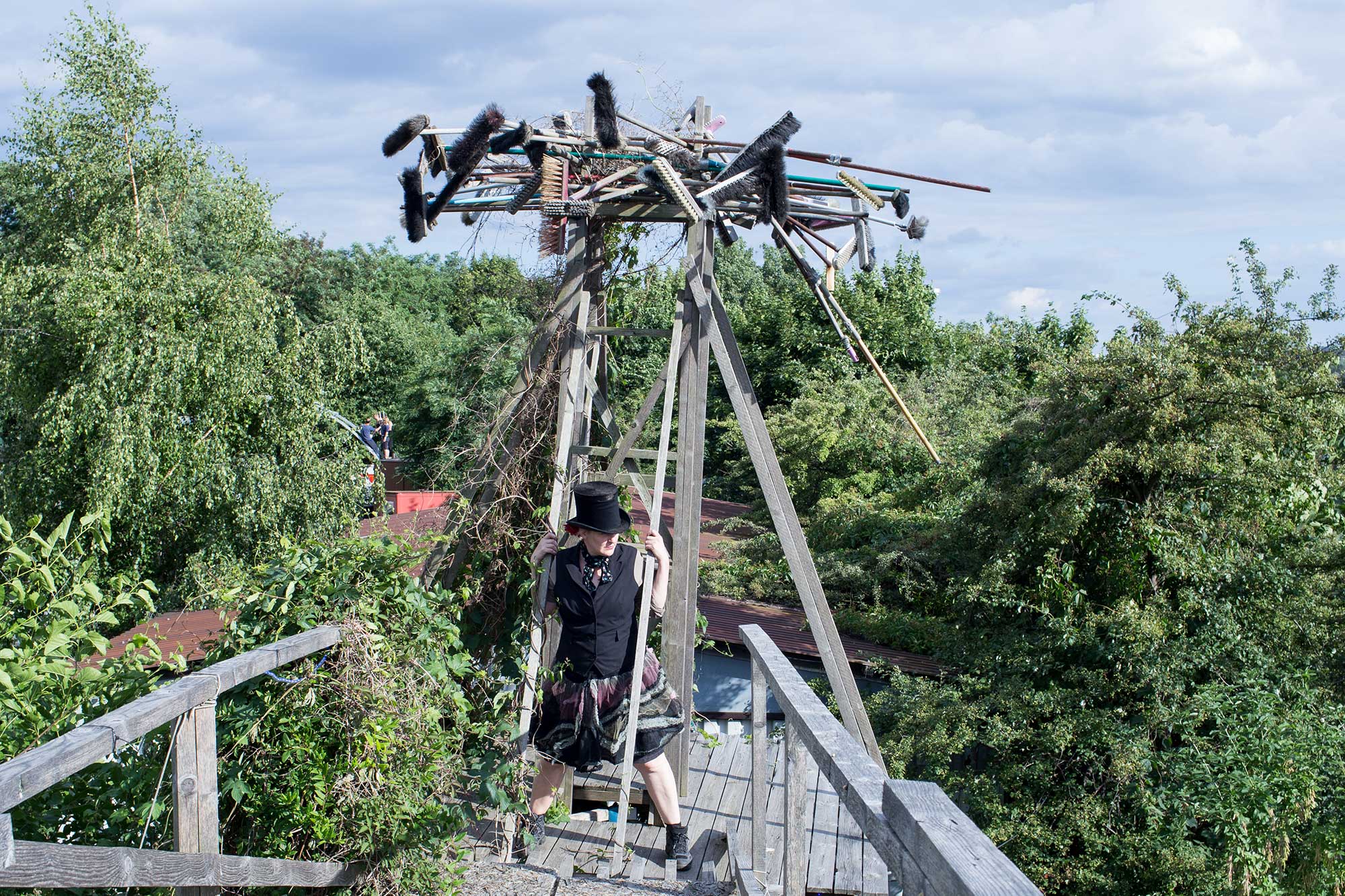 Friederike on top of the tower sculpture in the garden

Circus Charivari have taken an empty, disused piece of land on the outskirts of central Berlin and turned it into a vibrant and welcoming world of extraordinariness and entertainment. It feels like the kind of project that embodies a spirit of Berlin increasingly under threat. There’s a much greater chance of vacant land being used for luxury apartments and shopping malls than for unique circus communes. Charivari offers a vision of a different world. 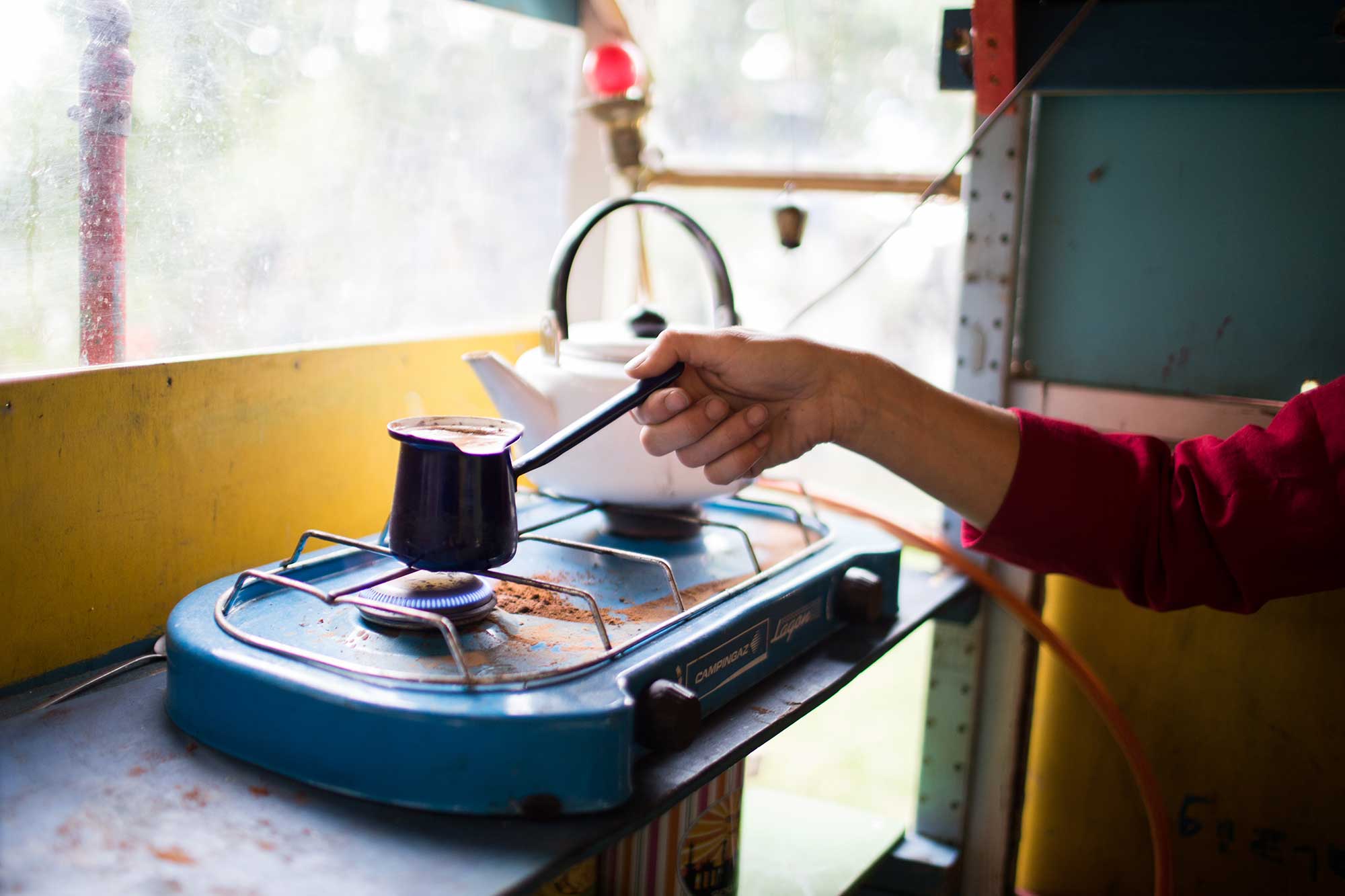 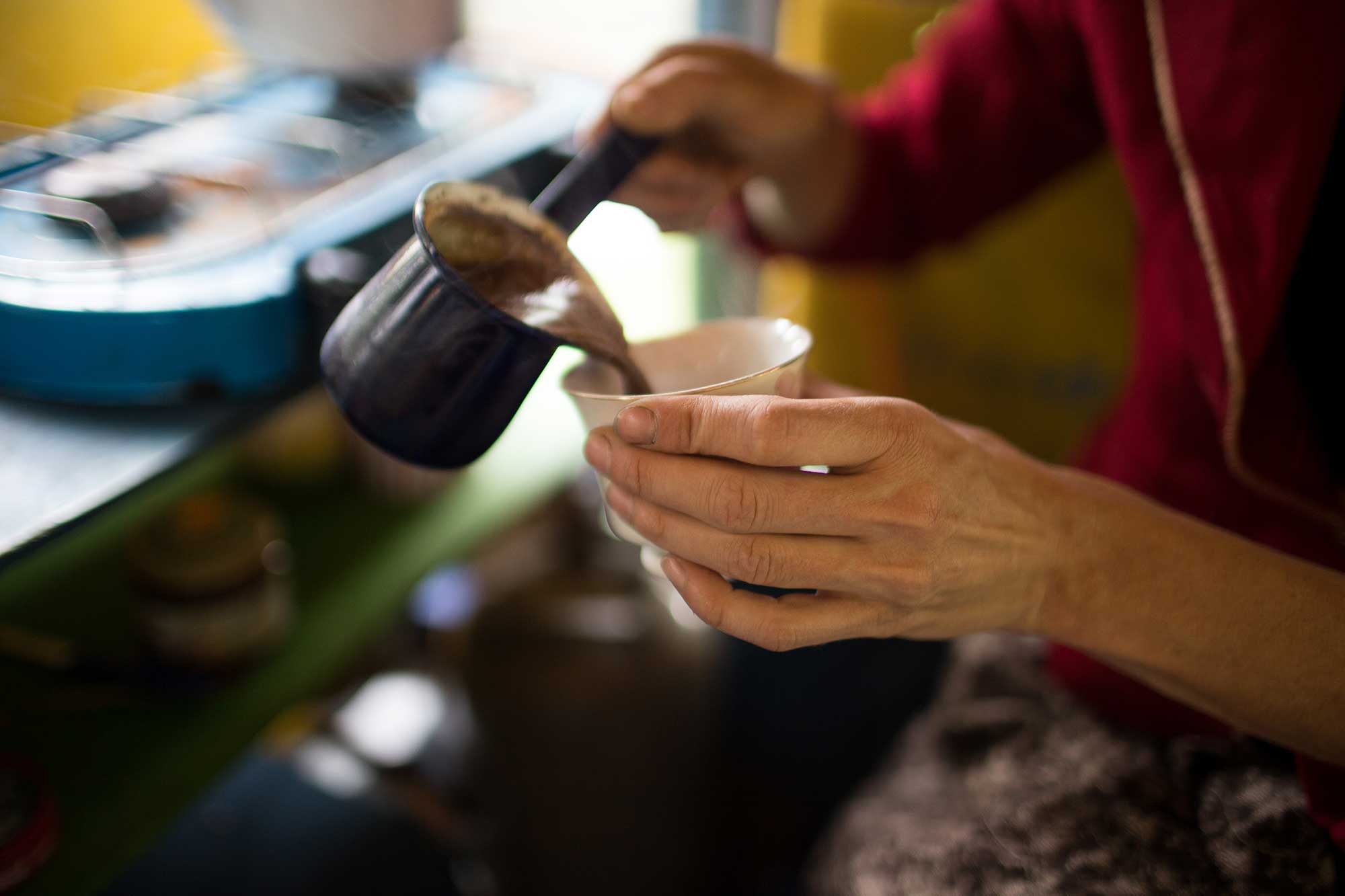 Preparing coffee for the visitors and crew

Community and curiosity define Circus Charivari and its members offer a glimpse into the joy and freedom of an alternative lifestyle. When the circus has ended, the Villa stands empty and the community has temporarily dispersed to different corners of the world until the following summer, its visitors are left with warm memories of experiences that are hard to come by in the modern world. As its name suggests, Villa Kuriosum makes one curious. Curious about the freedom and joy that we glimpse through interacting with its members. Curious about whether we are capable of living differently. Curious about our own talents: What would you do if you could stand on the stage of Circus Charivari?

For more information on circus visit the Circus Biennale website, and to keep up to date with everything Villa Kuriosum click here.