It can be said that there are two kinds of places in Berlin, but the tiny manicured enclave known as Körnerpark in Neukölln is neither.

On the one side there are the behemoths. Imposing, imperial feats of 20th century engineering, these epic public works that often grace city postcards are proud architectural declarations, each made by one of the many political powers of the last hundred years. The Fernsehenturm, the Wall, Tempelhof, the Treptower Soviet Memorial, the expansive Karl-Marx Allee, Potsdamer Platz – they are urban icons, impossible to ignore. 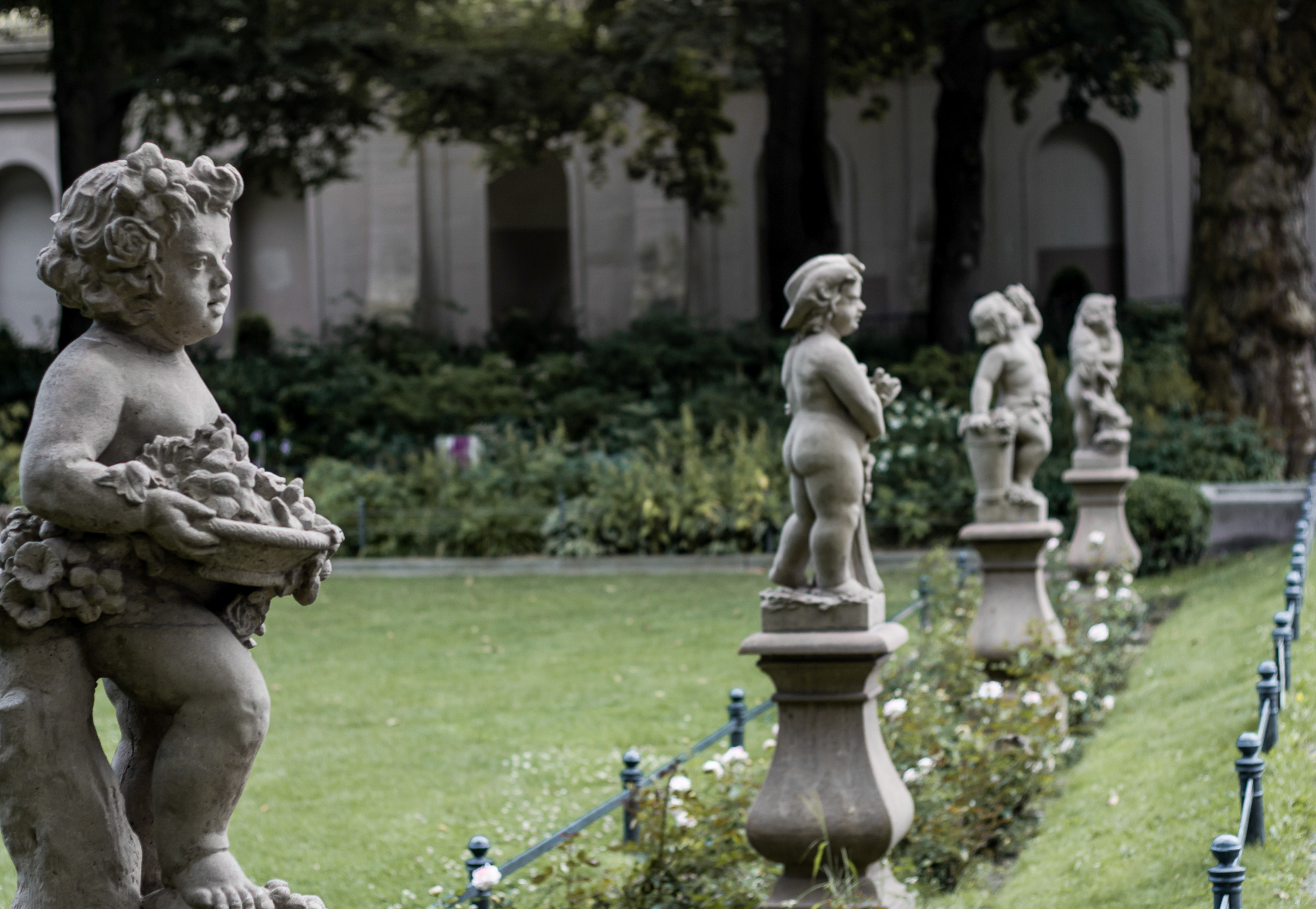 Then there are the organic counterpoints – Berlin’s underbelly – the places that evolve as tangled masses in spite of the powers that be. They’re often expressions of a wild and youthful energy: Görlitzer Park, Mauerpark, Tacheles in its early days, the myriad vacant lots and abandoned Brauereien that for only a season at a time become galleries, theatres, music halls, or clubs.

The struggle for Berlin’s urban identity is all too often a competition between the elite shapers of state level policy and their megastructures, and the collective impulses of the public and their turf. However, Körnerpark’s genesis story is an anomaly, and 101 years after it opened, its history is a lesson in neighbourliness.

As you descend its palatial stone steps into an oasis of calm, away from the clamour of Berlin’s notoriously grungy district, the immaculately trimmed green space immediately captures your attention. This place is unique, its stateliness decidedly unusual for both its size and locale. The small, Neo-Baroque garden is engraved into the otherwise rough surface of Neukölln and strolling through inevitably makes you wonder how on earth it got there. 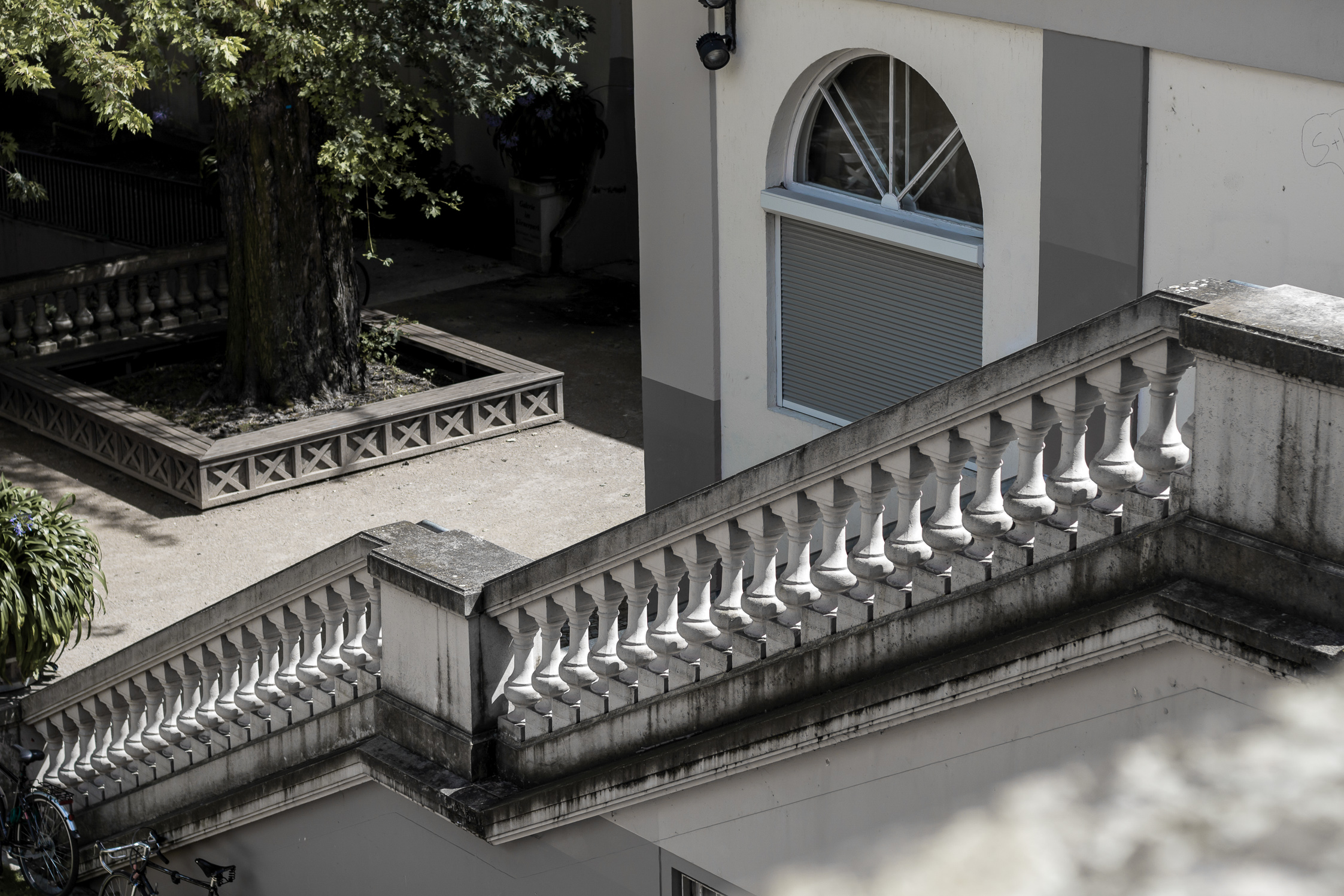 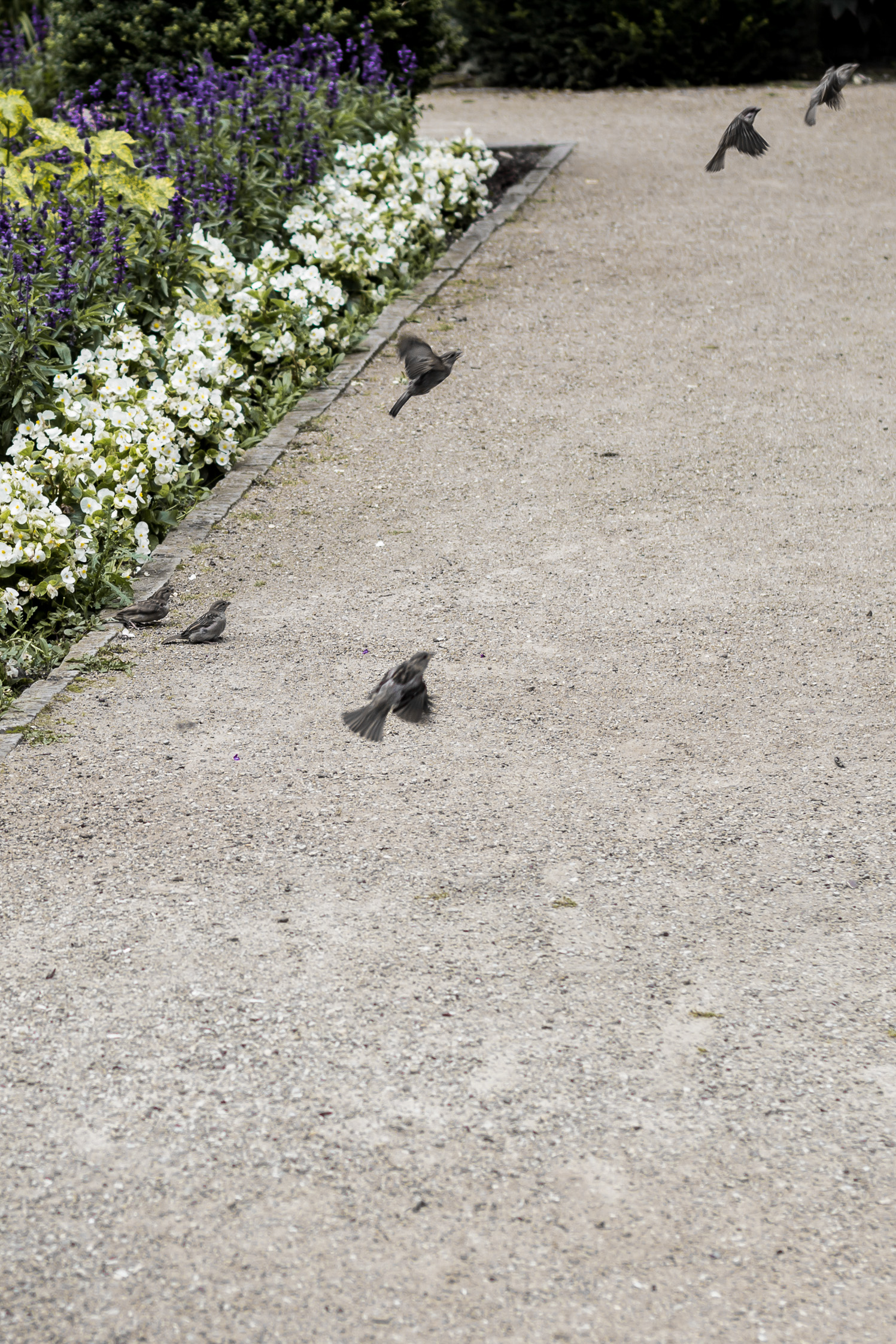 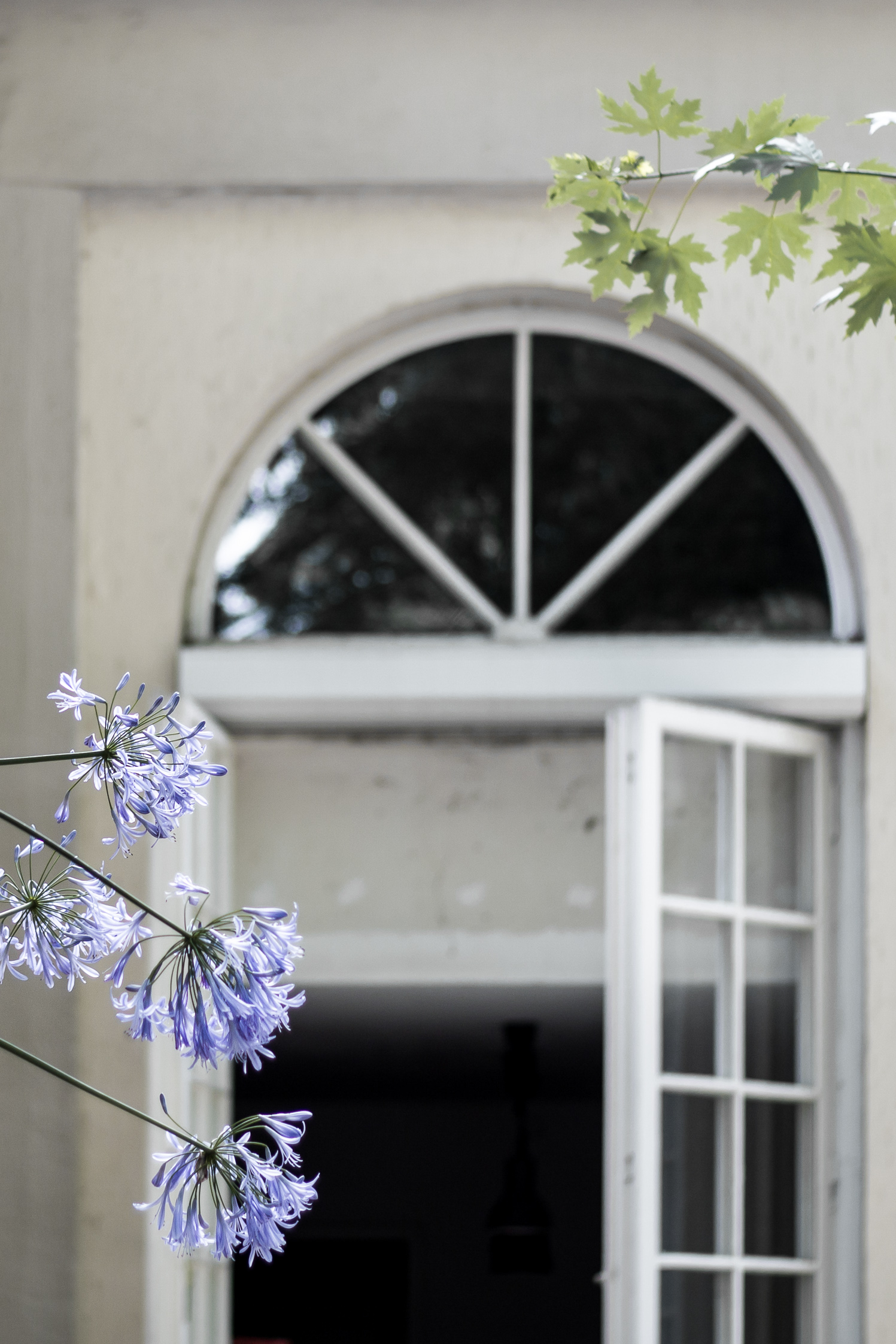 In Berlin’s satellite city of Spandau, Franz Körner was born into a family of mill owners on March 1st, 1838. With an entrepreneurial background, he grew up to be a modestly successful quarryman and hobbyist academic, owning several small gravel pits, not least of which was the Neukölln lot between Jonas- and Schierker Straße. For much of the mid-19th century, the lot that would become Körnerpark was nothing more than a large, dusty depression in the centre of a working class neighborhood, filled with stone and the sounds of labourers quarrying as it slowly sank five to seven metres beneath the surface of the city.

While the gravel pit amassed value, Körner used it in part to fund his side interests in paleontology and botany, including trips to Egypt and the development of a particularly large genus of sunflower, which can still be purchased today.

By 1887, the lot’s identity began to change. Having built his fortune, Körner began rethinking the purpose of the space and what his legacy ultimately would be. That winter a skating rink was installed, opening the space to the public for the very first time, and in 1890 the real transformation began. 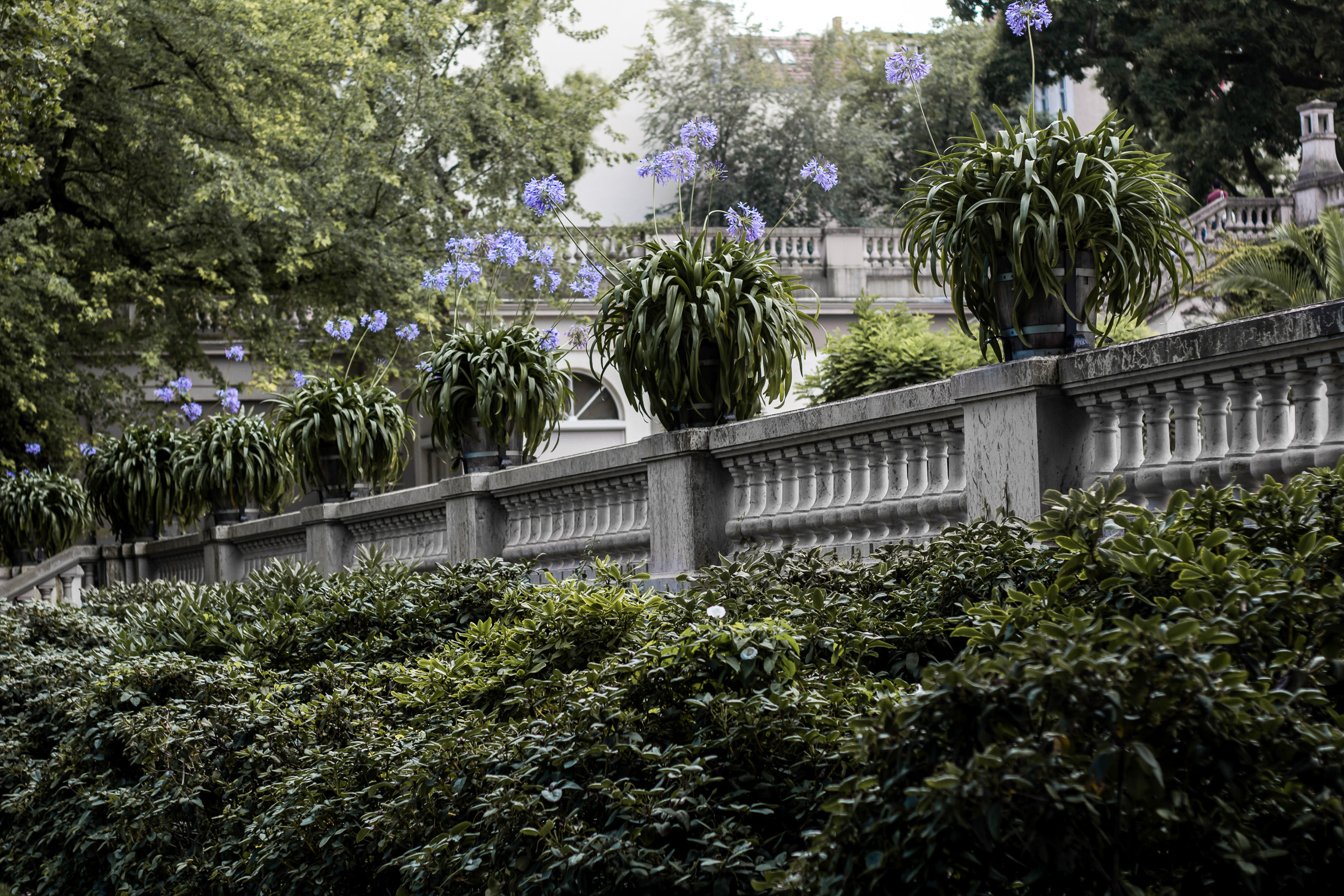 A garden was the first thing to cover this dusty neighbourhood scar. Complete with vegetable patches and flowers, it grew to include a small pond, orchard, sculptures and pavilions – a precursor to the ornate park that sits there today. Though primarily enjoyed for private use, Körner regularly let neighbourhood children wander in to pick from the fruit trees. In September 1891, the site was transformed once again into a distribution centre to donate potatoes and vegetables to those in need. From that year on, the public Christmas celebrations hosted by Körner were one of the neighbourhood highlights of the year.

This place is unique, its stateliness decidedly unusual for both its size and locale.

Having opened his renovated lands to the public for several years, Körner made plans to continue that trend indefinitely by permanently converting his former gravel pit into an official public park, a gift to his neighbourhood. It would be donated to the city under the stipulation that it remain a quiet park with his name on it. In 1905, just a few years before his death, he had a summer house built next to the park on Jonasstraße 66, used in part as a museum to exhibit archaeological finds and other curiosities pulled from the pit.

Construction on the park as we know it today began shortly after Franz Körner’s death on June 1st, 1911. Ironically for the amateur archaeologist, a grave dating from the Migration Period in the 5th or 6th century was discovered during construction, just six months after his death. The Horse Rider, now on display at Märkisches Museum, was the skeleton of a soldier or official buried with his horse, bronze tools, and a large sword laid diagonally across his chest.

It was almost going to be an English garden. Initial plans featured small, criss-crossing paths. Ultimately the geometric French Baroque style was chosen, with neat flowerbeds, an orangery and arcades that border the park to the north and south. To this day, Körnerpark stands as one of the best examples of Neo-Baroque garden design in Berlin, with Sanssouci in Potsdam and the Märchenbrunnen of Volkspark Friedrichshain as its only competition. 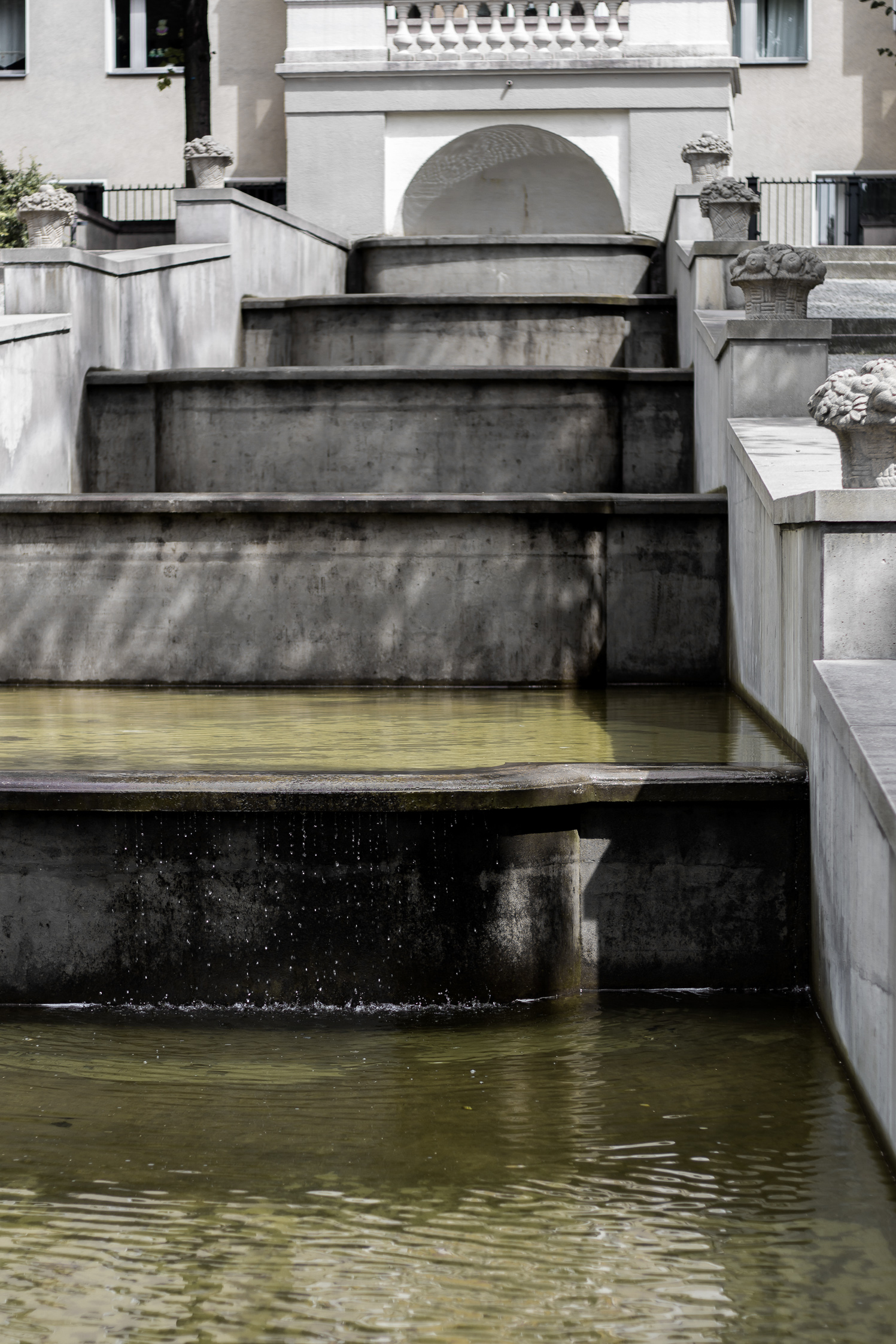 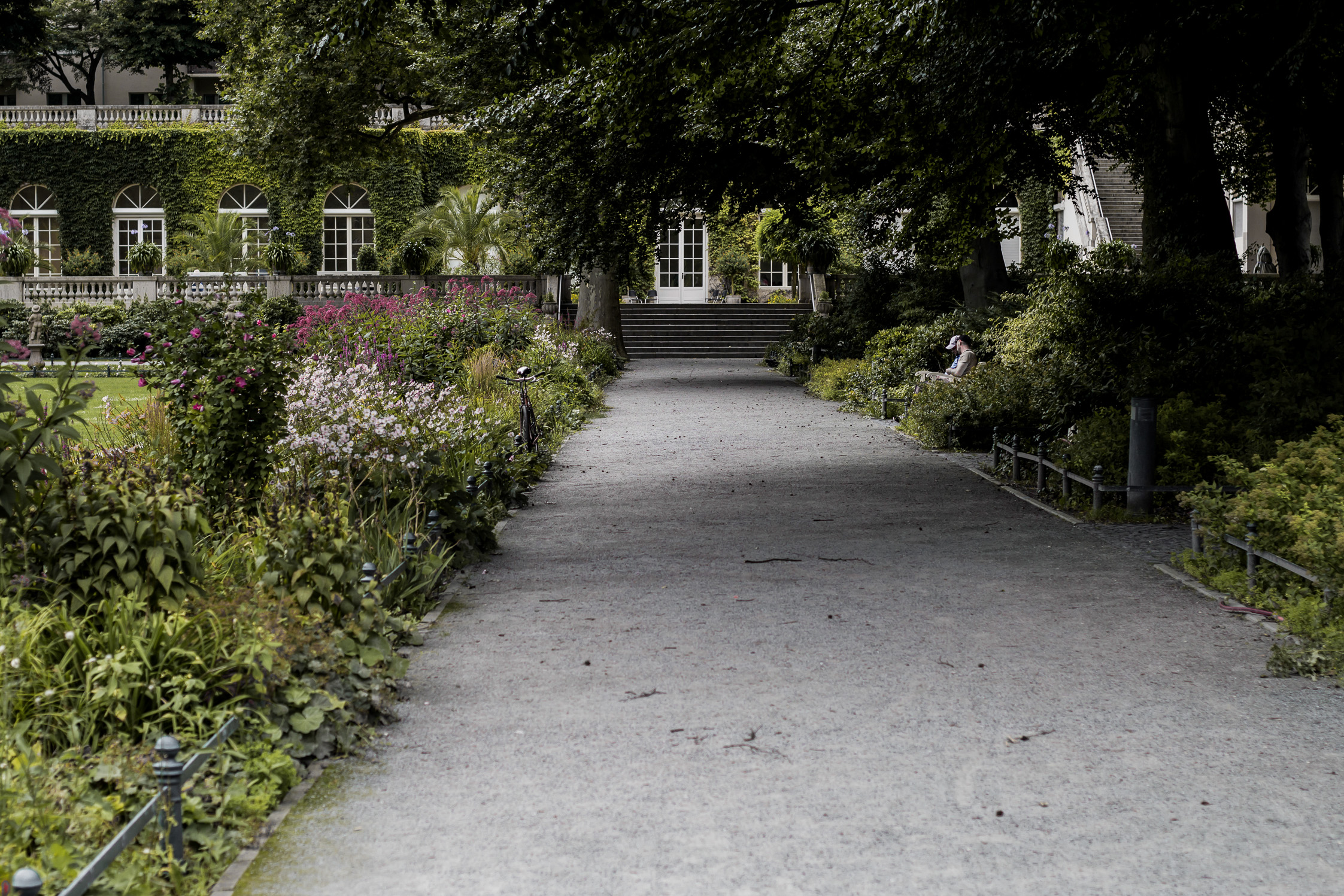 The inauguration of Körnerpark in 1916 – at the height of World War I – was bittersweet. It was a welcomed Rüheoase in the city, a beautiful and quiet escape, but at the same time every one of the builders of the garden had been killed on the frontlines.

Körnerpark thrived briefly during the interwar period, but its early reputation as a Rüheoase quickly faded as the orangery was taken over as an exhibition space for socialist propaganda in the 1930s and the thunder of Tempelhof Airport disrupted the peace for decades. For years, the vision of Franz Körner went unfulfilled as the site slid into neglect. By the ‘60s, some were calling for its permanent closure.

But time passed, and Körnerpark entered a decades-long, slow but steady revival. Beginning in the ‘70s, the garden was restored according to original documents. In 1983, the orangery was reopened as an art gallery, and in 2002 the cascade and canals were fully restored, earning its listing as an historic garden on April 2nd, 2004. 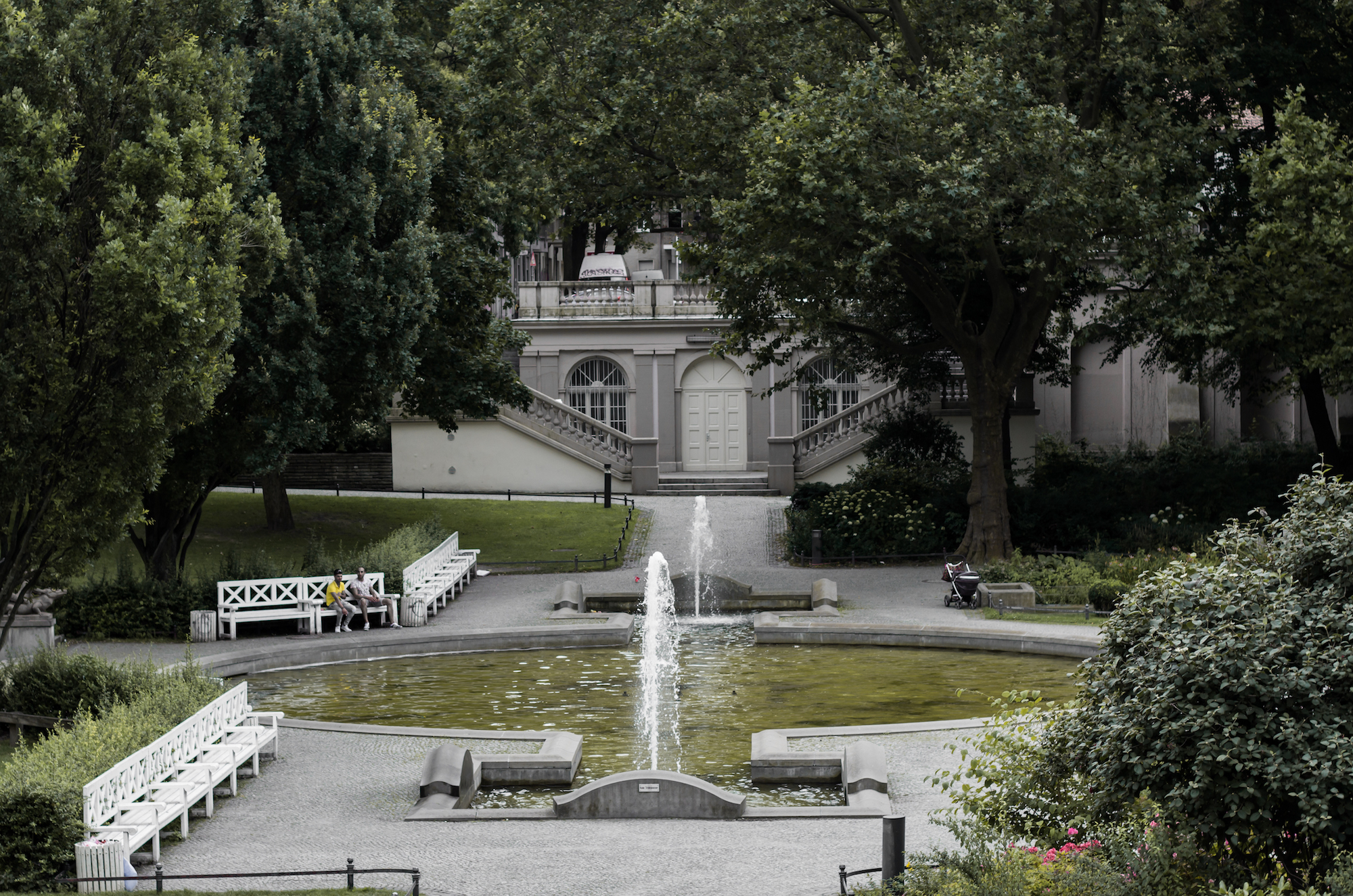 Today, Franz Körner’s vision of a Rüheoase amidst a working-class neighborhood is again thriving. From the free concert series that runs every Sunday at 6pm three seasons a year, to the Freiluftkino, art gallery and café, Körnerpark is one of Neukölln’s hidden jewels. And it’s treated as such.

The inauguration of Körnerpark in 1916 – at the height of World War I – was bittersweet.

In contrast to the trampled lawns of many Berlin parks, Görlitzer- and Mauerpark especially, the genuine tranquility of Körnerpark suggests that  the respect people have for the signs that warn to keep off the lawn is sincere. Many may seize a little plot nevertheless, but unlike other public spaces in Berlin, you can see the steps are taken gingerly as neighbours venture cautiously from the promenade to a designated picnic blanket. 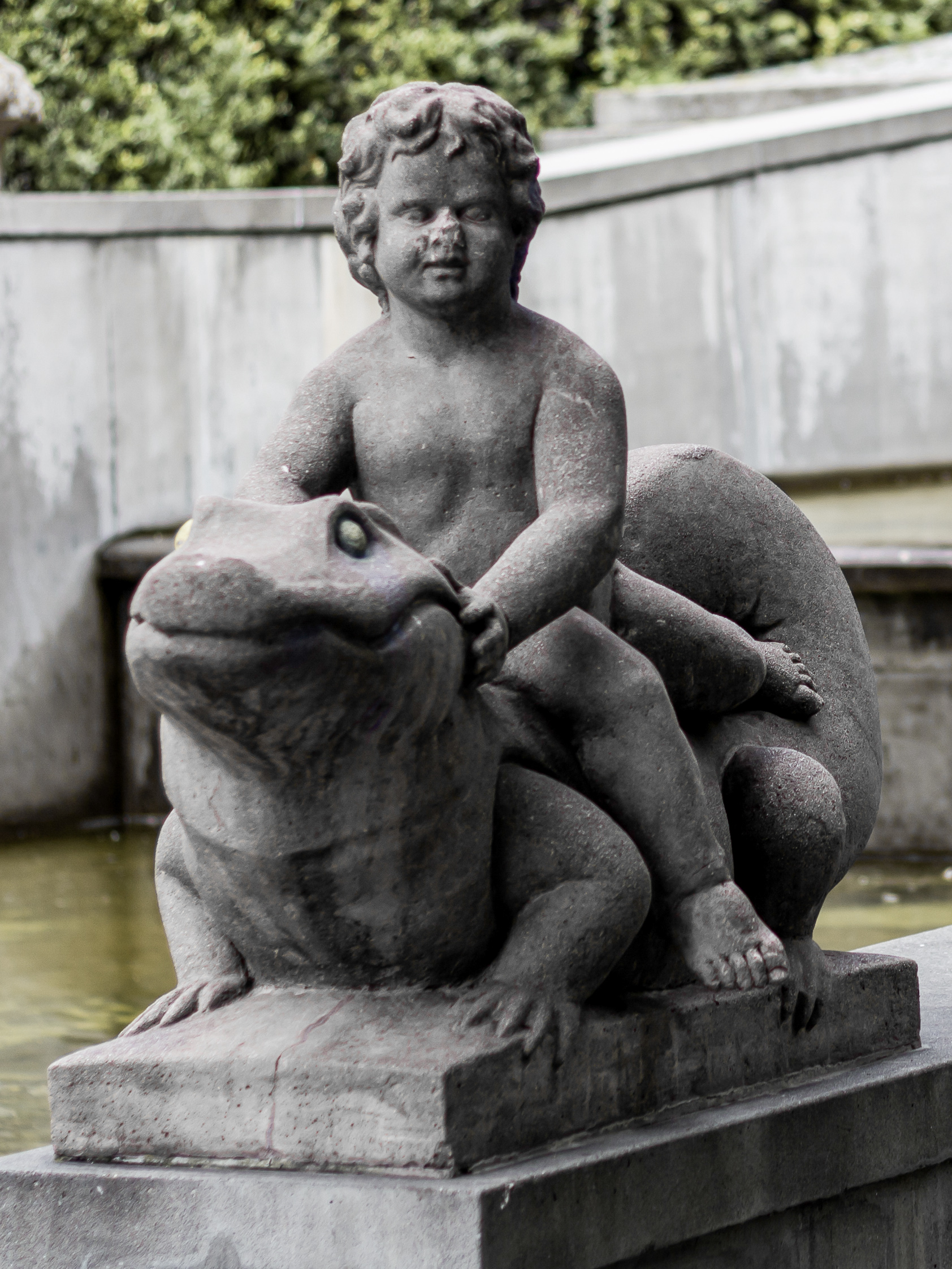 Many who love Körnerpark do so because it stands apart from the rest of the city. As you descend into the former pit that’s now steeped in 100 years of history as a ‘park for the people’, you see it is small yet respectable, and it could never be confused for anything but itself. It’s not the product of city planning by faceless bureaucrats, nor the impulses of an ungoverned crowd. Like so many efforts to revamp Berlin Kieze today, Körnerpark is a neighbourly passion project in which both its namesake and every visitor plays a role.

For more information on Körnerpark and activities taking place there, visit www.körnerpark.de. 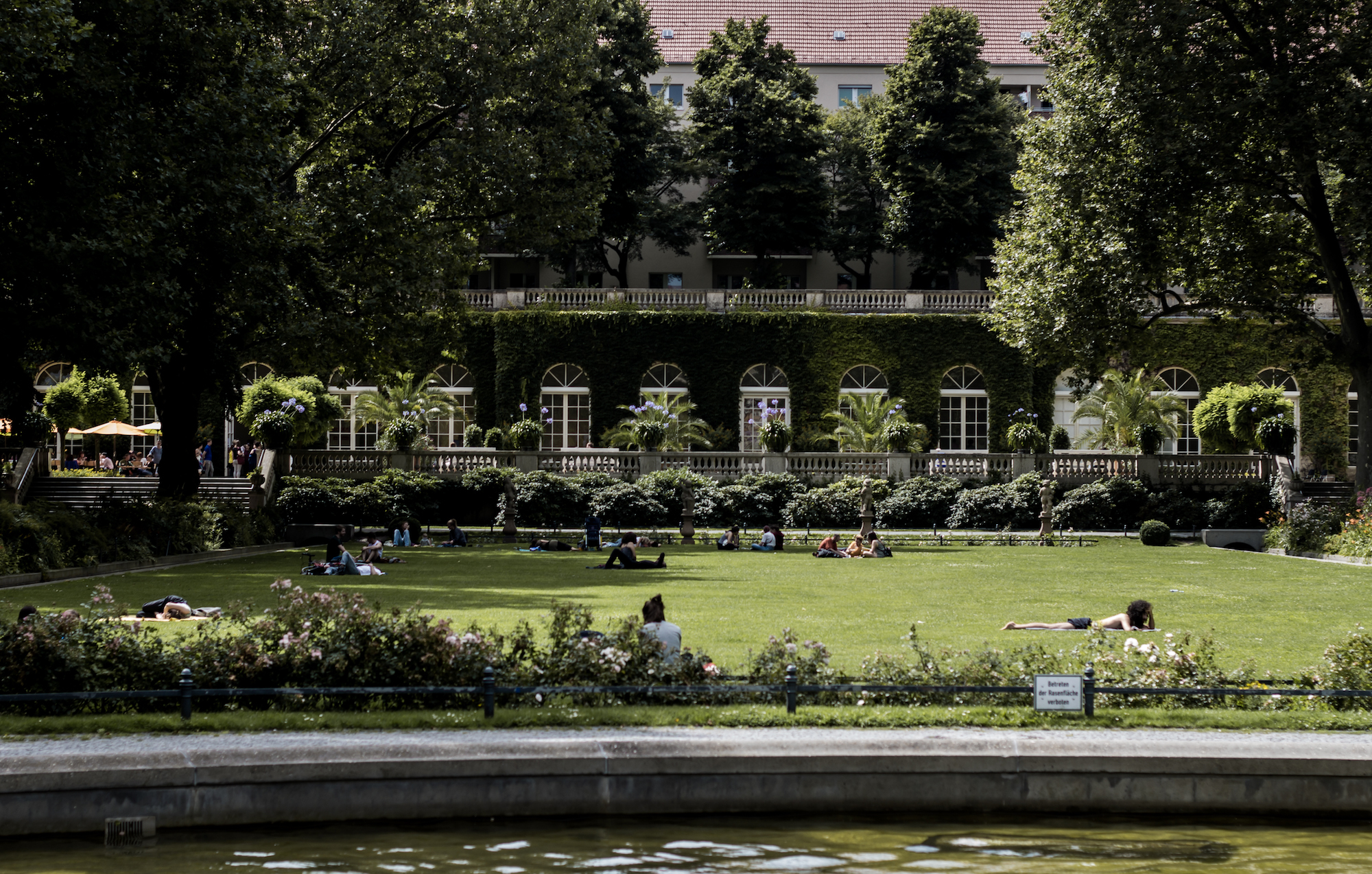