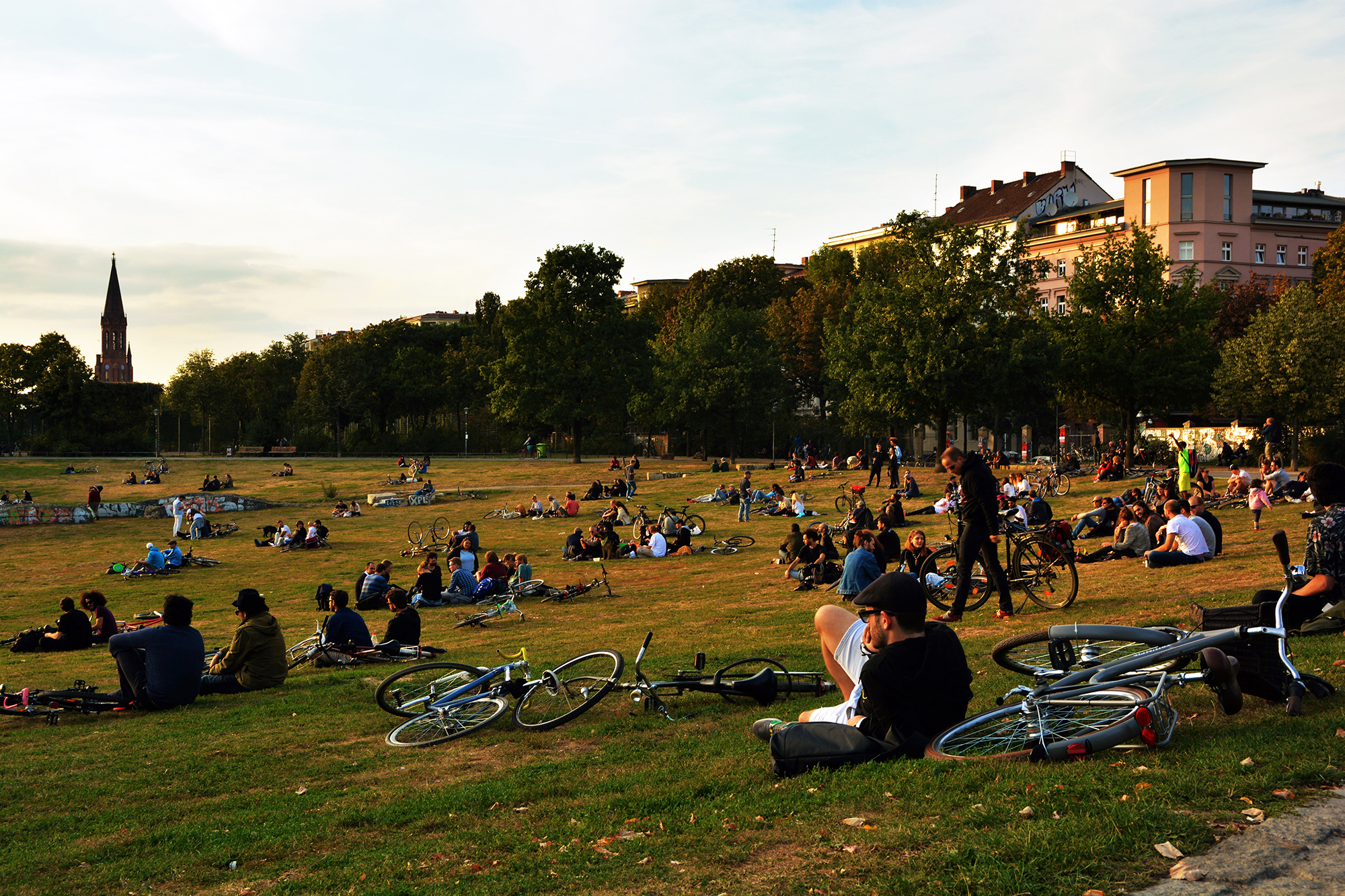 Throughout its relatively brief existence, Görlitzer Park has gone through many phases – a trend it shows no sign of shaking off. Once a gallant train station that served Berlin’s southern districts, the park has come to symbolise the city’s transient and ever-changing times.

On March 19th 1938, Adolf Hitler stood on the former station’s platform having returned from a campaign in Czechoslovakia. Today that station is gone, replaced by a thriving park and community handling immigration, rent control, tourism  and more – a microcosm of the city at large. This is the story of Görlitzer Park, a patch of land with dirty grass and a unique spirit. There is more here than meets the eye.

Back in the days of regal Prussia, Görlitzer Park was home to one of Berlin’s most majestic train stations. From as early as 1860, Görlitzer Bahnhof connected the capital to Cottbus, Wrocław, and even Vienna. It was demolished not long after the Second World War and was eventually replaced by the public swimming pool that sits on Spreewaldplatz. Its primary service shed now serves as Edelweiss, the bar and restaurant that is typical of the area’s class, with second hand furniture and chic interior design. The patio – where in the summer you can relax on a selection of garden furniture and sun loungers – is still recognisable as the station platform, running across a great distance of the park, with a high drop to where the tracks once were. It is easy to picture yourself a hundred years in the past, waiting with coat and suitcase in hand, journeying to an Austrian getaway. 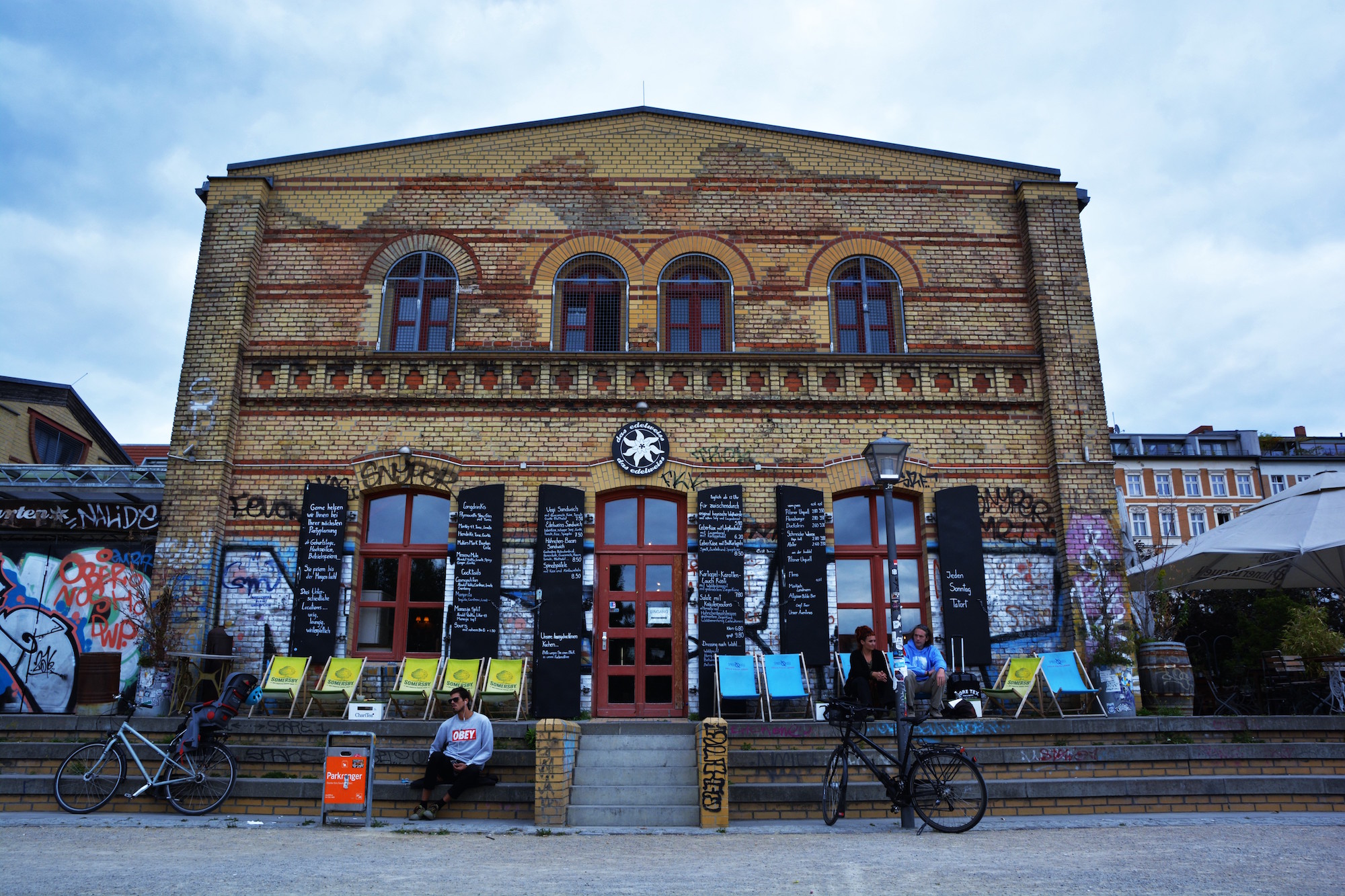 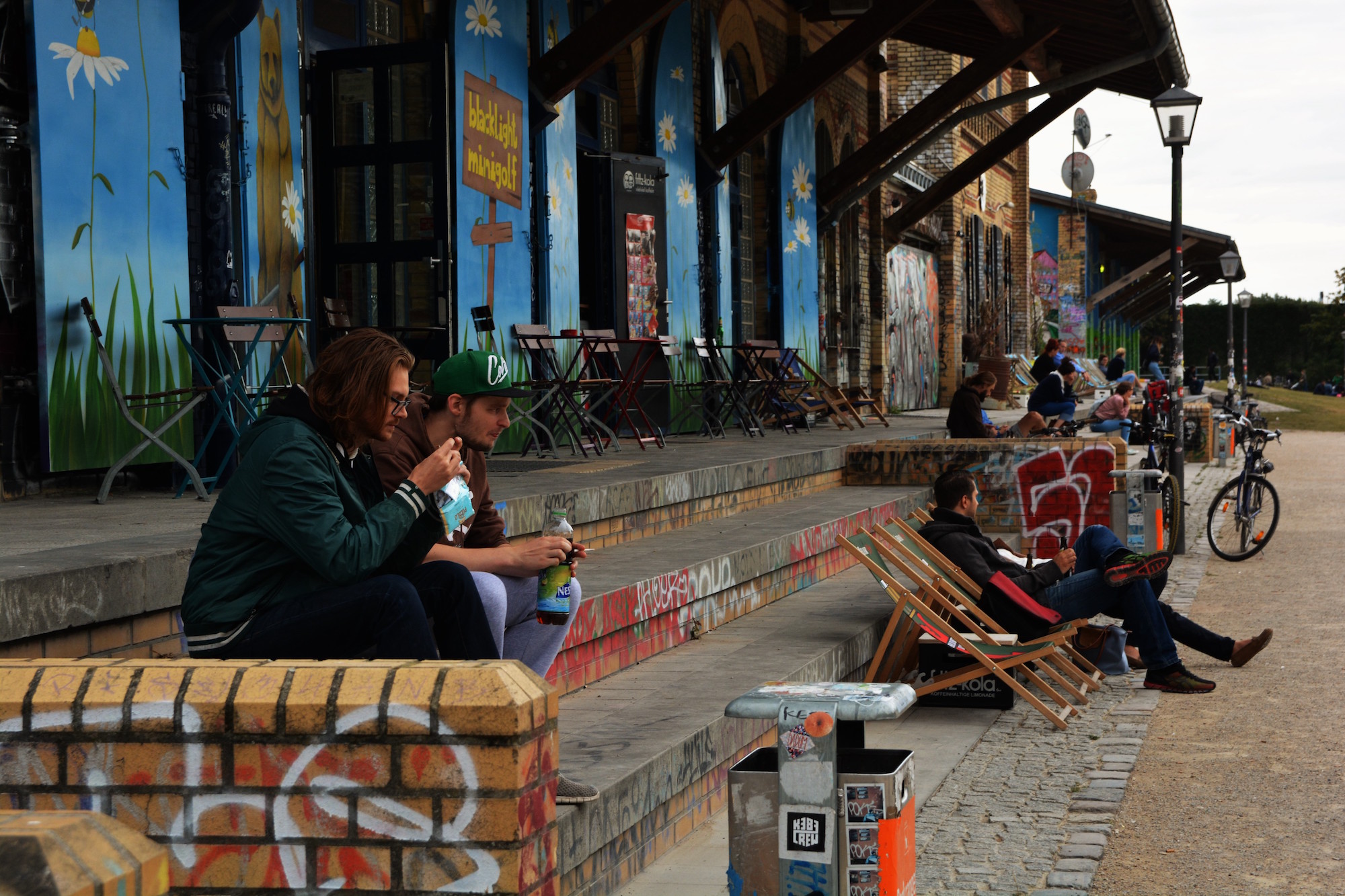 Follow the old railway line; past open expanses of grass and trees, mini go-kart courses and a criminally underused basketball court; past drifters, mothers and vagrants; past people playing football, musical instruments; past drug dealers, grillers and drunks; you arrive at Görlitzer’s crater. This big, round, unnatural-looking cavity was formed as the disused land became a public space known informally as ‘the kettle’. A tunnel that once ran through this area connected Wranglerkeiz with Reichenberger Straße during a period when the communities were separated by the railway line. With the tracks gone after the station was demolished, the tunnel was redundant, but the entrances to this former gateway can be seen either side of the depression in the ground. 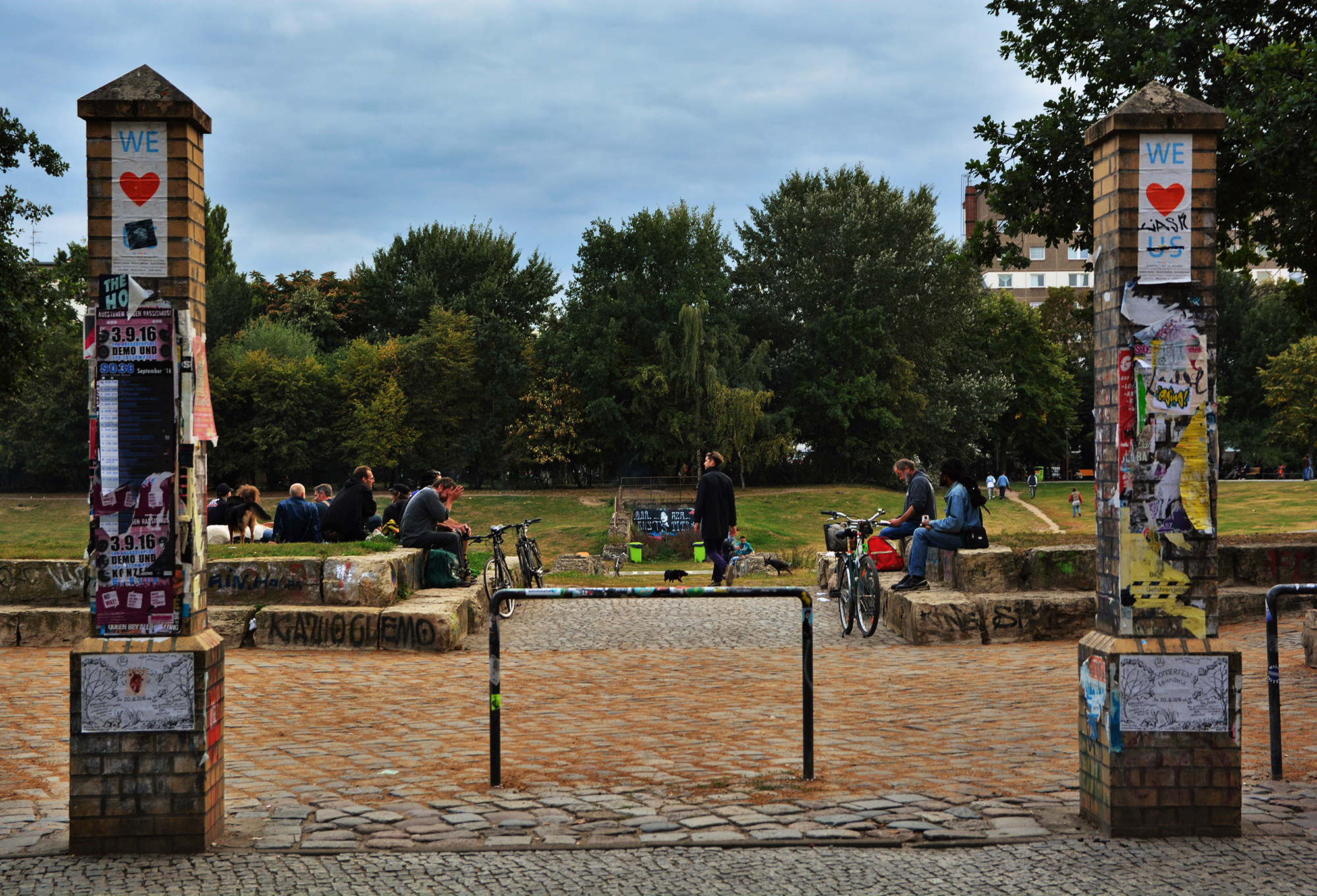 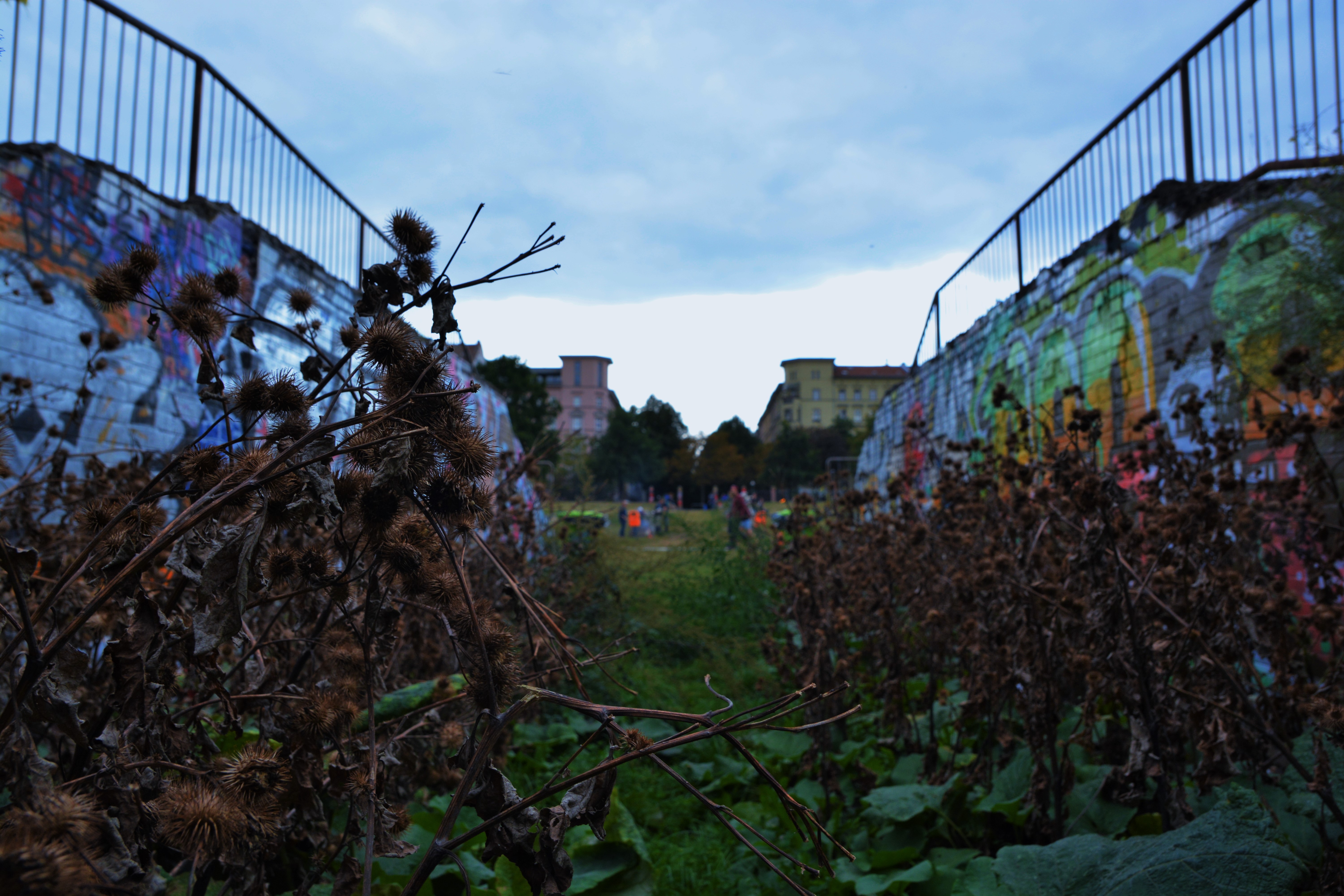 Overlooking the hollow sits a twisted, iron decoration – Rüdiger Preisler’s Schreitender Mensch. At over ten metres high and constructed out of the former railway track, its ghastly presence reminds the park’s new inhabitants of its former history. During the late ‘80s Görlitzer Park was as a wasteland, occupied by a renegade art community who used old steel, and waste to create twisted, maligned structures that once dominated the park’s landscape. The crater became a meeting point for the local punks, homeless, and destitute. Nowadays, it’s often filled with students and young visitors – drinking, smoking and playing music. The grass in the crater has become worn down over time, struggling to grow in the manic conditions. The dirt and rare moments of green punctuated by bottle caps and cigarette butts. 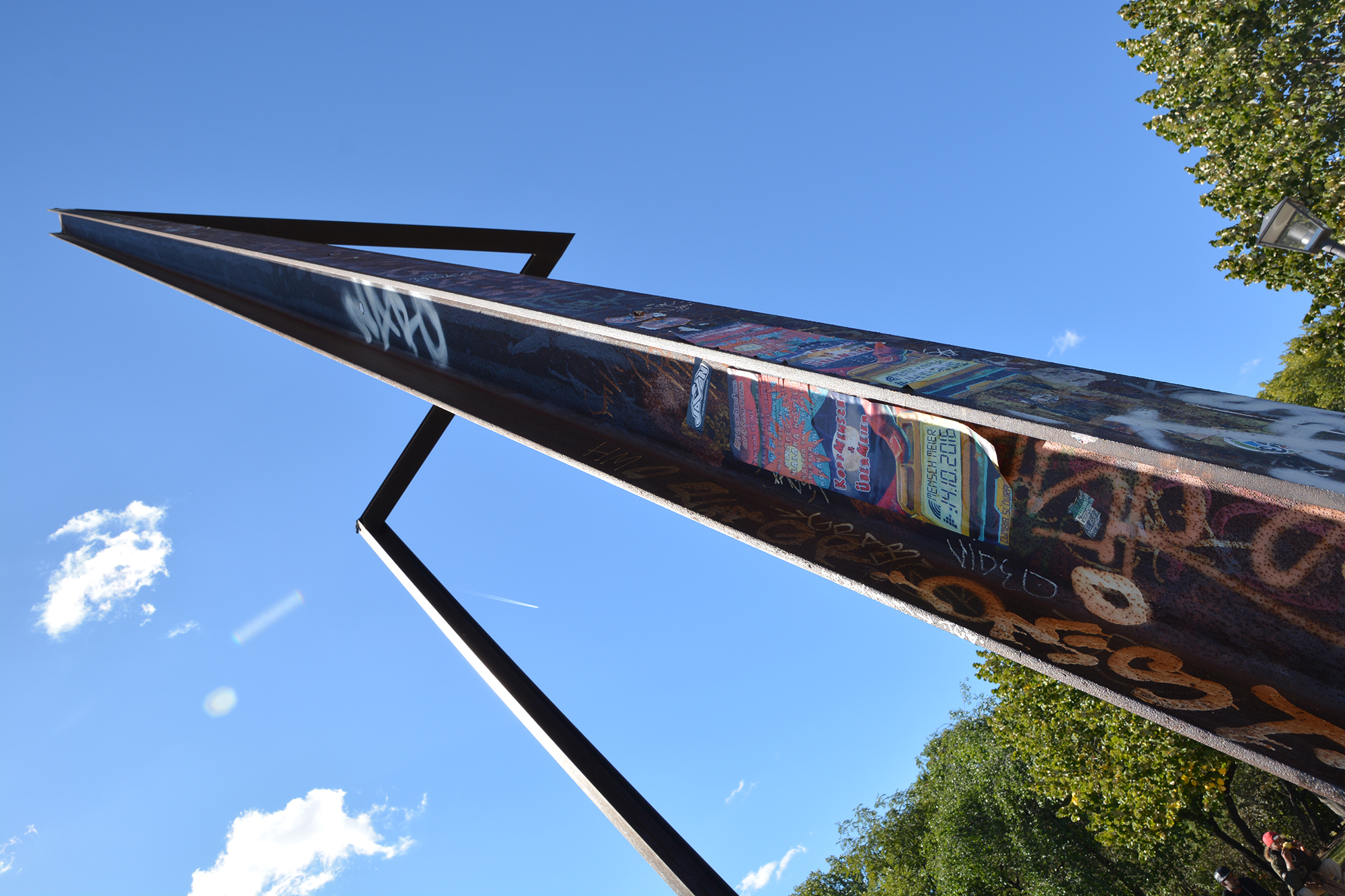 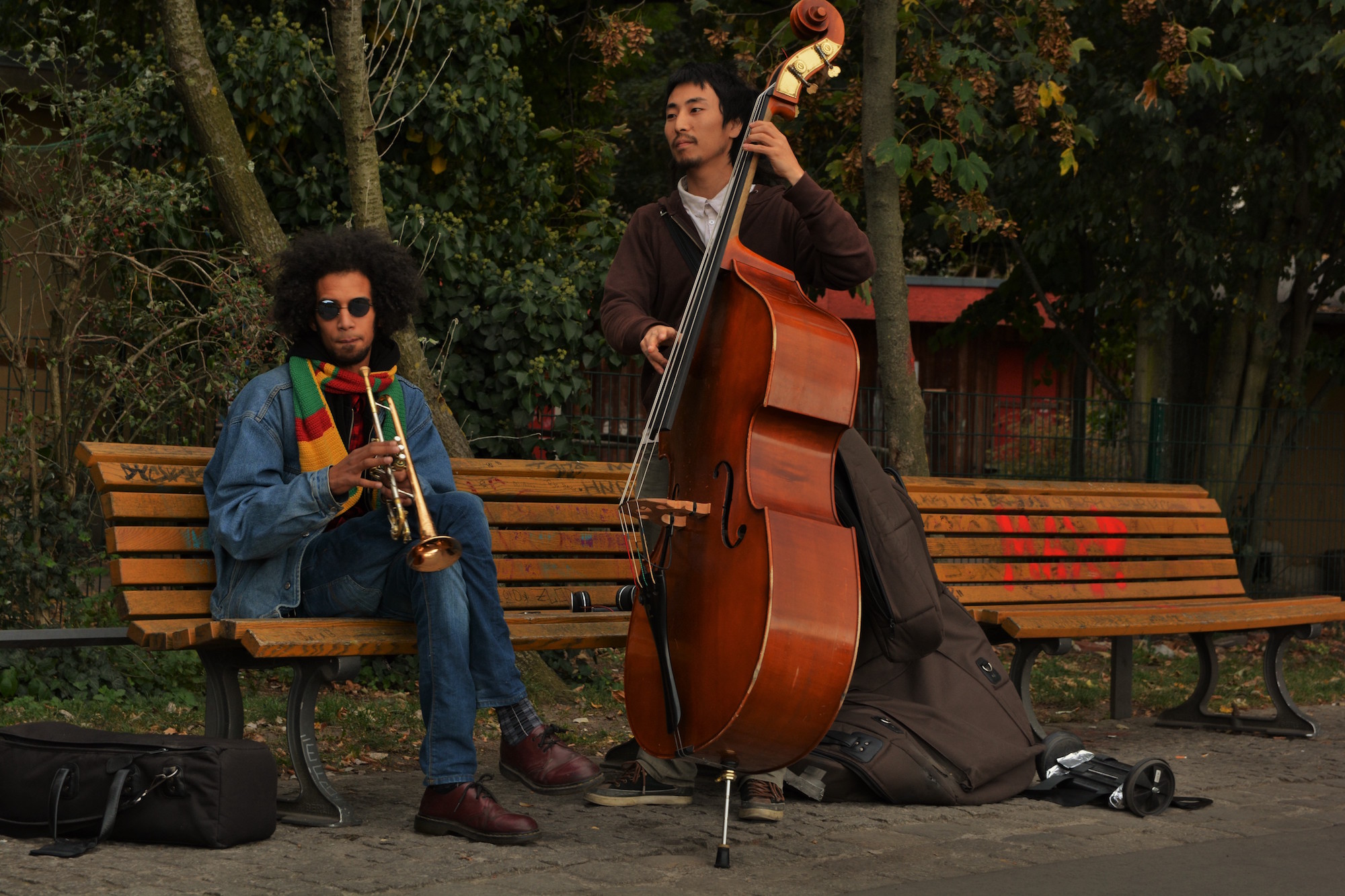 Closer to the canal, an artificially constructed hill offers views over the local district. This once served as the railway’s turntable, where the engines would come to shift direction. Across from this precipice, a small pond has been dug out where scrap steel from the railway lines was once dumped. Further on, and the old track works its way down and over the Landwehr Canal. Industrial relics, arches and storage huts are more visible here; remnants of a time long gone. As travel between the East and the West became more restricted around the 1960s, Görlitzer Bahnhof was primarily used for freight – a stark departure from the glory days of noble passenger travel. Heavy taxation eventually deterred any use of the tracks, until the mid-‘80s, when at long last, the border – which sits just on the other side of the canal – was closed off to all forms of transport. This marked the end for Görlitzer Bahnhof. Nowadays the old tracks act as a public pathway, where joggers and cyclists can run along the line as far as Alt-Treptow. 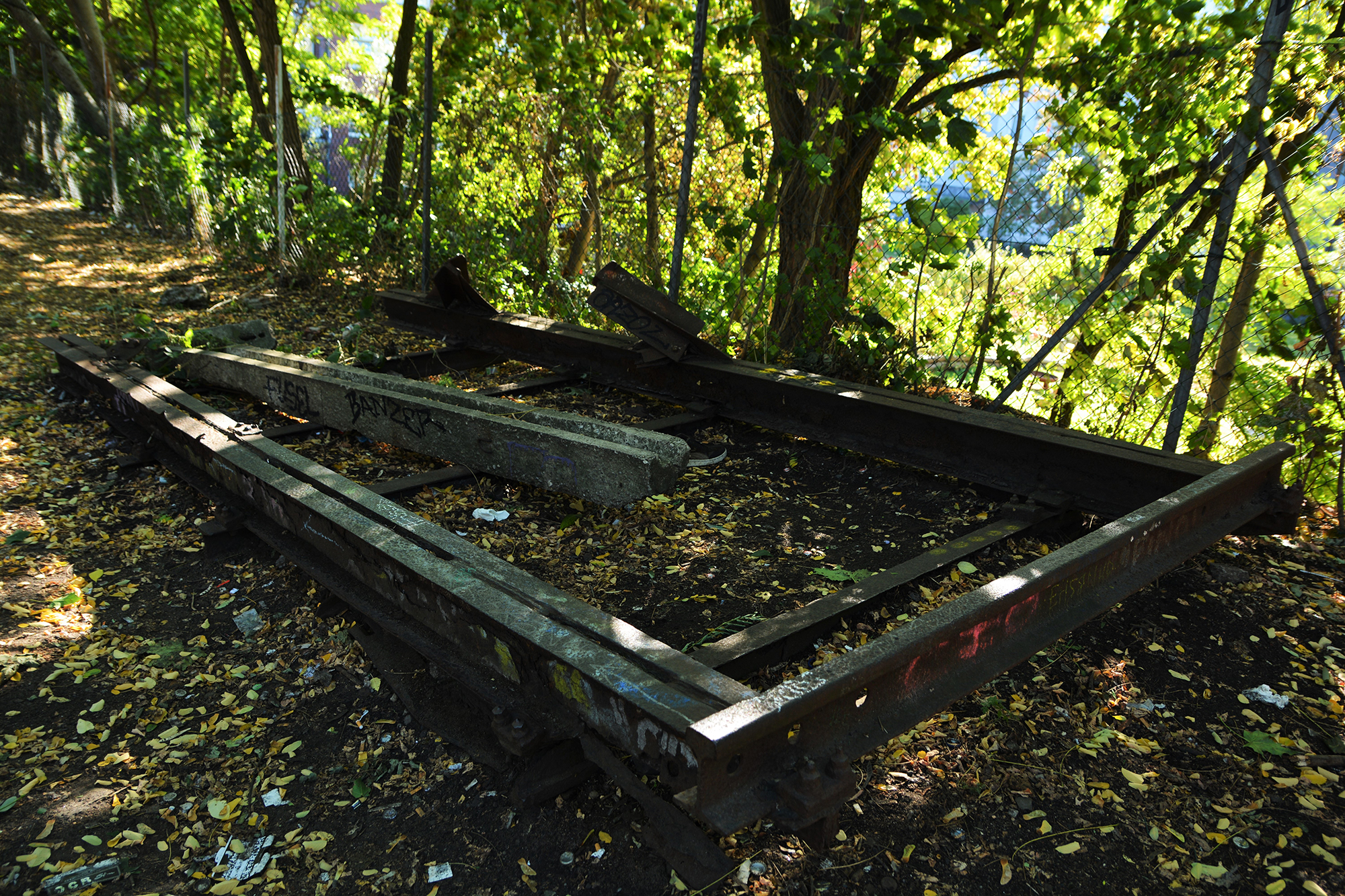 Look a bit closer, and there is a deeper folklore buried beneath the progressive hubris surrounding Görlitzer Park. Beyond the dog-walkers, grillers, drug dealers and musicians there is a narrative steeped in history, with added layers of cultural change and city planning. The area serves as a physical manifestation of how Berlin went from industrialism to post-multiculturalism. Back in 1951, the station saw the arrival of 295 refugees of Nazism, many of them of Jewish descent. There’s still a plaque honouring this moment just outside the swimming pool where the station once stood. It’s a testament to the station’s legacy within Berlin’s history, as many of these refugees went on to help re-establish Berlin’s Jewish community. It was one of the station’s final functions before the East–West divide made travelling between the two sides impossible. As a station, park or art commune, Görlitzer Park has always served to connect people as it continues to survive through its many amalgamations. It’s future is unclear, unlike its past. 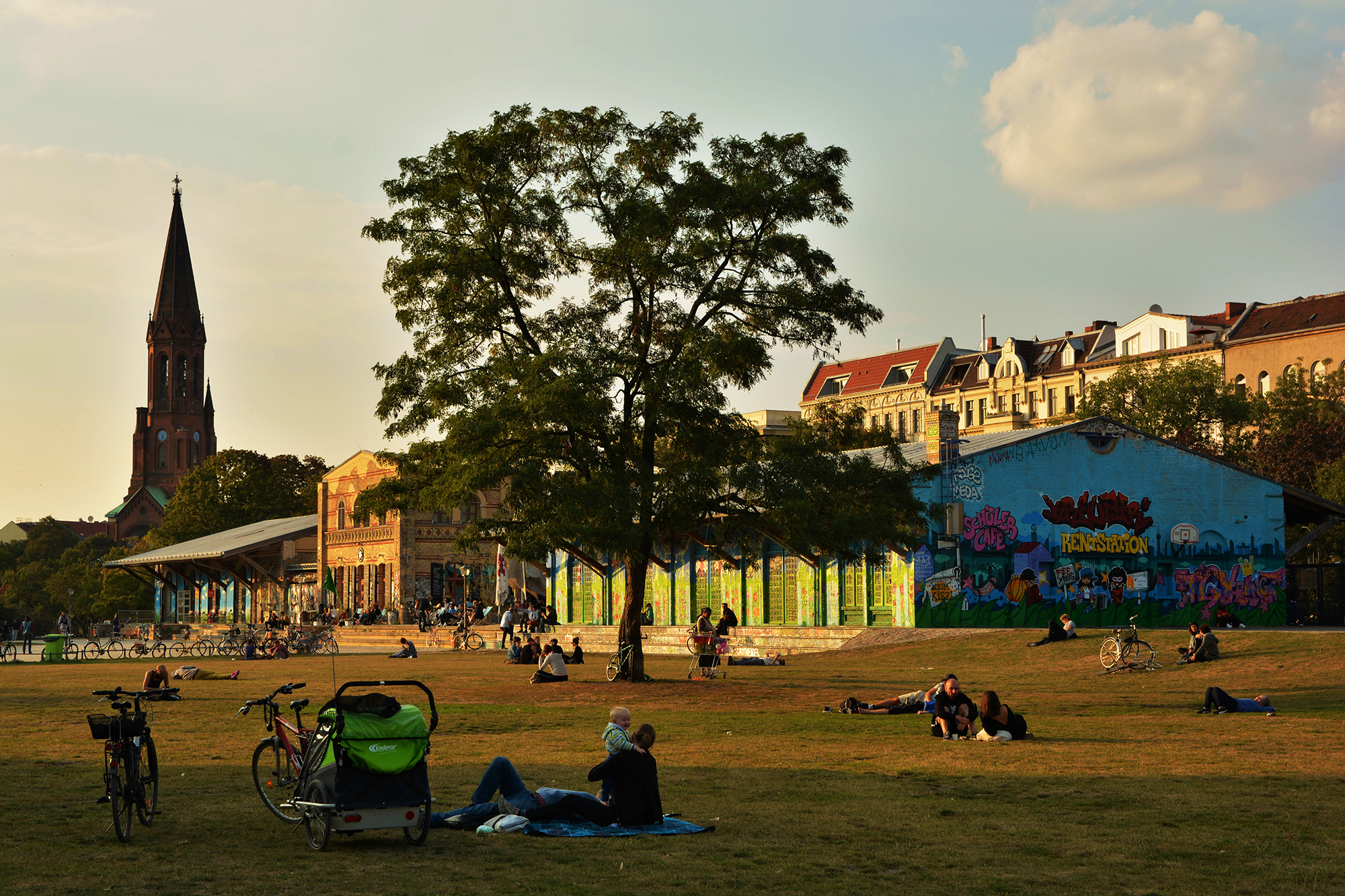