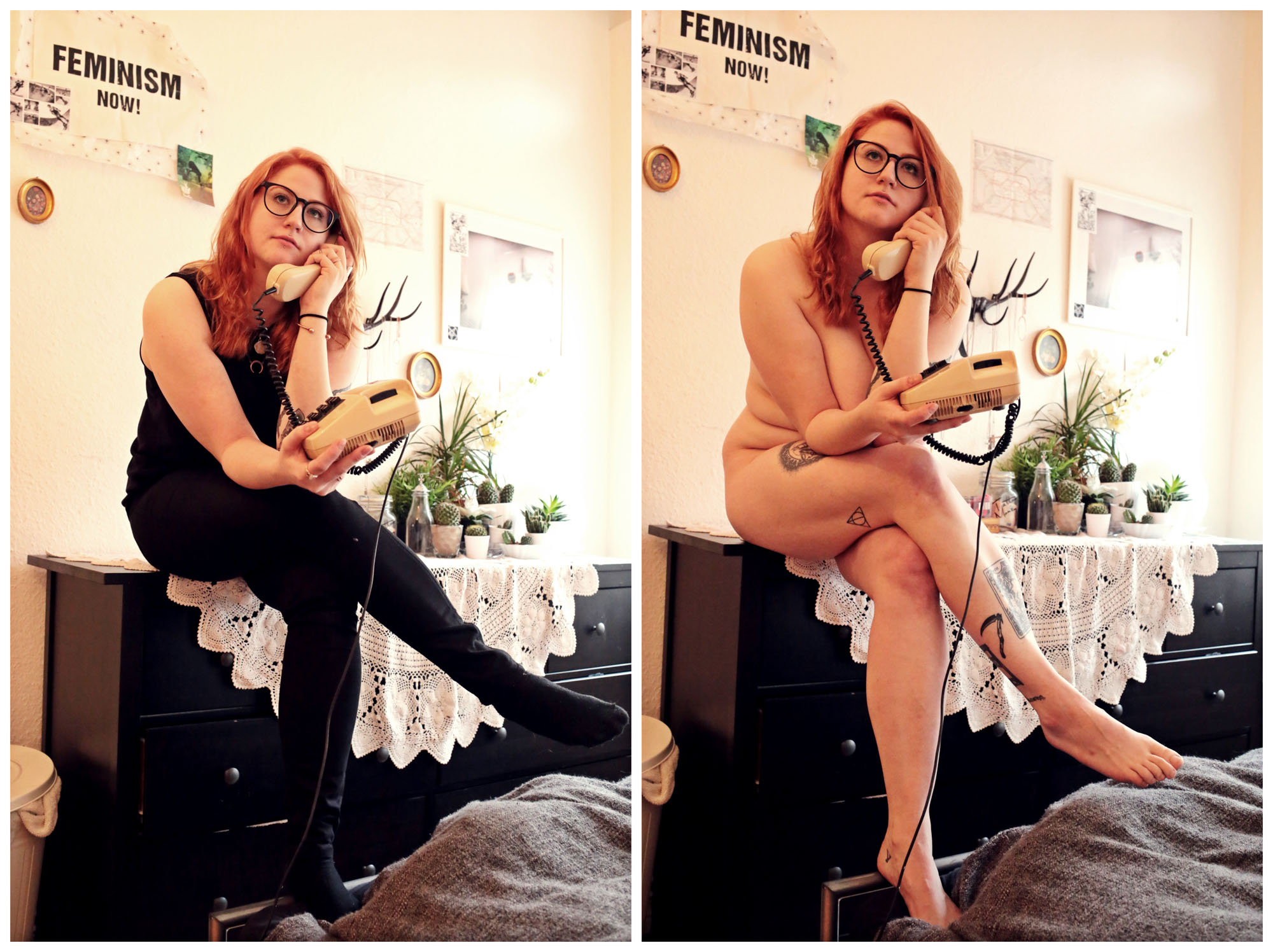 In her project, ‘With and Without’, photographer Sophia Vogel seeks to destigmatize the taboo of nudity by depicting her subjects frozen in the process of performing mundane daily tasks, both with and without their clothing. Here we speak to her about the evolution of her project and how she’s helping to break down body shaming to celebrate the human form. 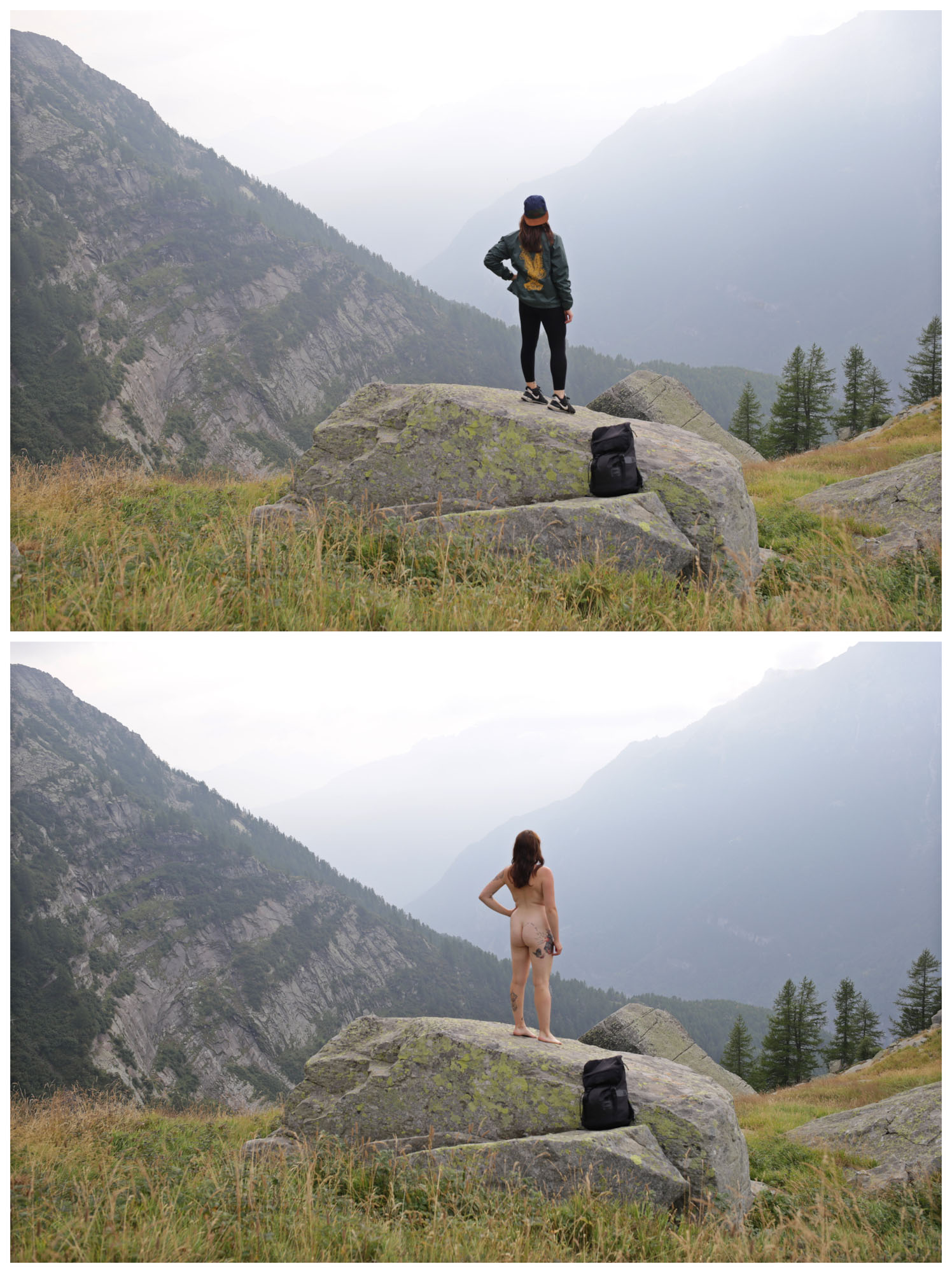 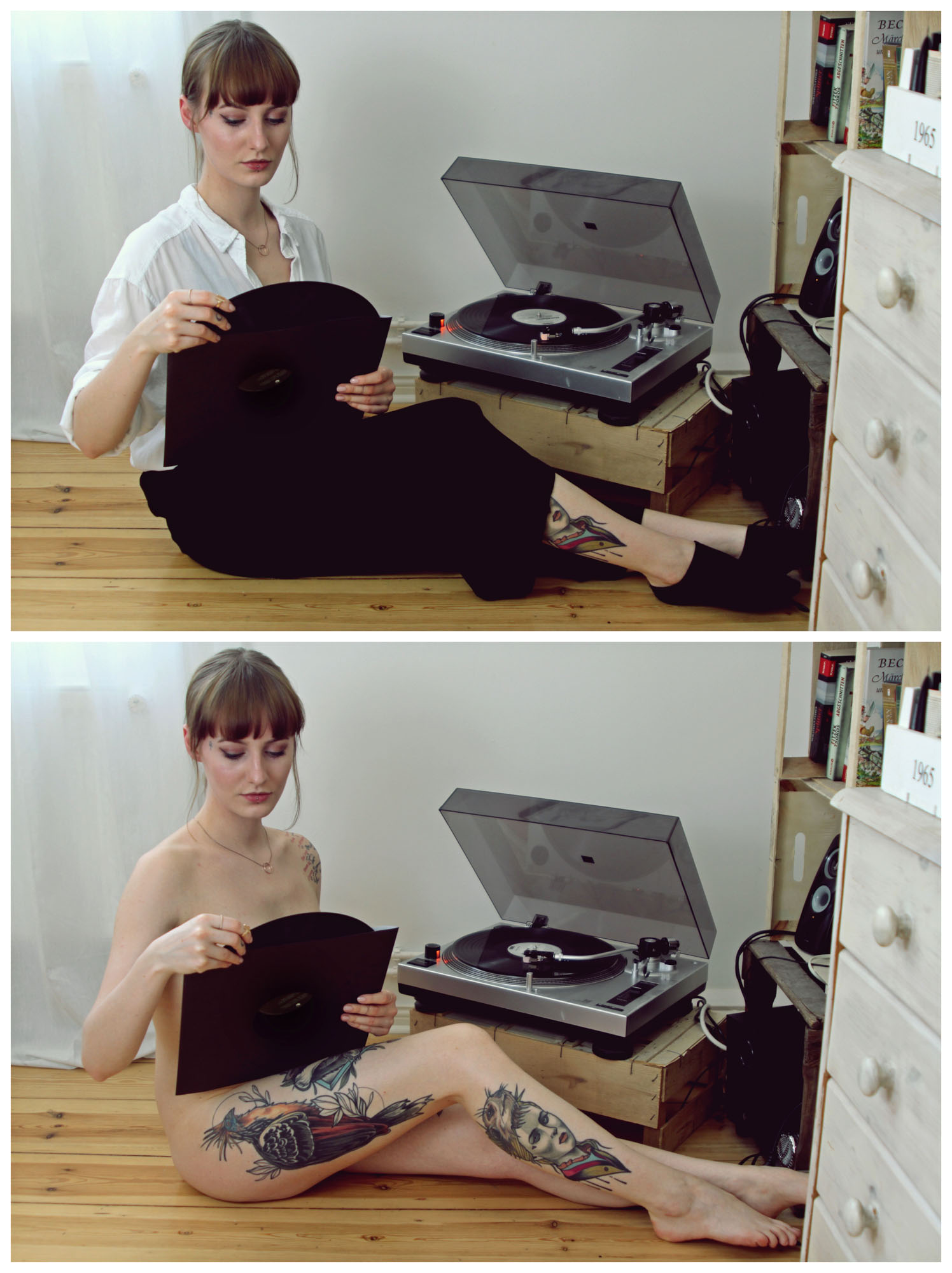 Have you always been a keen photographer? I would consider myself a person who goes through life with eyes wide open. I am passionately in love with details and the world’s movement. But if you need a date, 2008 would be the year that I started to photograph a lot. In 2008 I went on a study trip to England. You might have experienced this yourself already: the readiness to look at somebody else’s culture more closely and absorb all the details. Many photographers find it hard to create art right on their doorstep and pay attention to the exceptional in their everyday life. So, focusing on the extraordinary in the ordinary is greatly important to me.

How did you develop the idea for ‘With and Without’? There were many factors leading me to this photo project. The pressure of being a sexual being is omnipresent for every human being. Since we are observed and judged every day, and the fashion industry lavishes beauty ideals and criticism on us, we set high standards for ourselves. Communication and self-presentation on the internet are an enormous part of life today. In my opinion, giving way to the pressure of self-optimisation can be obstructive for personal development. With my project, I want to speak up against these ridiculous standards, and by presenting all kinds of different body shapes and natural postures I would love to show that everybody is beautiful in their own way. 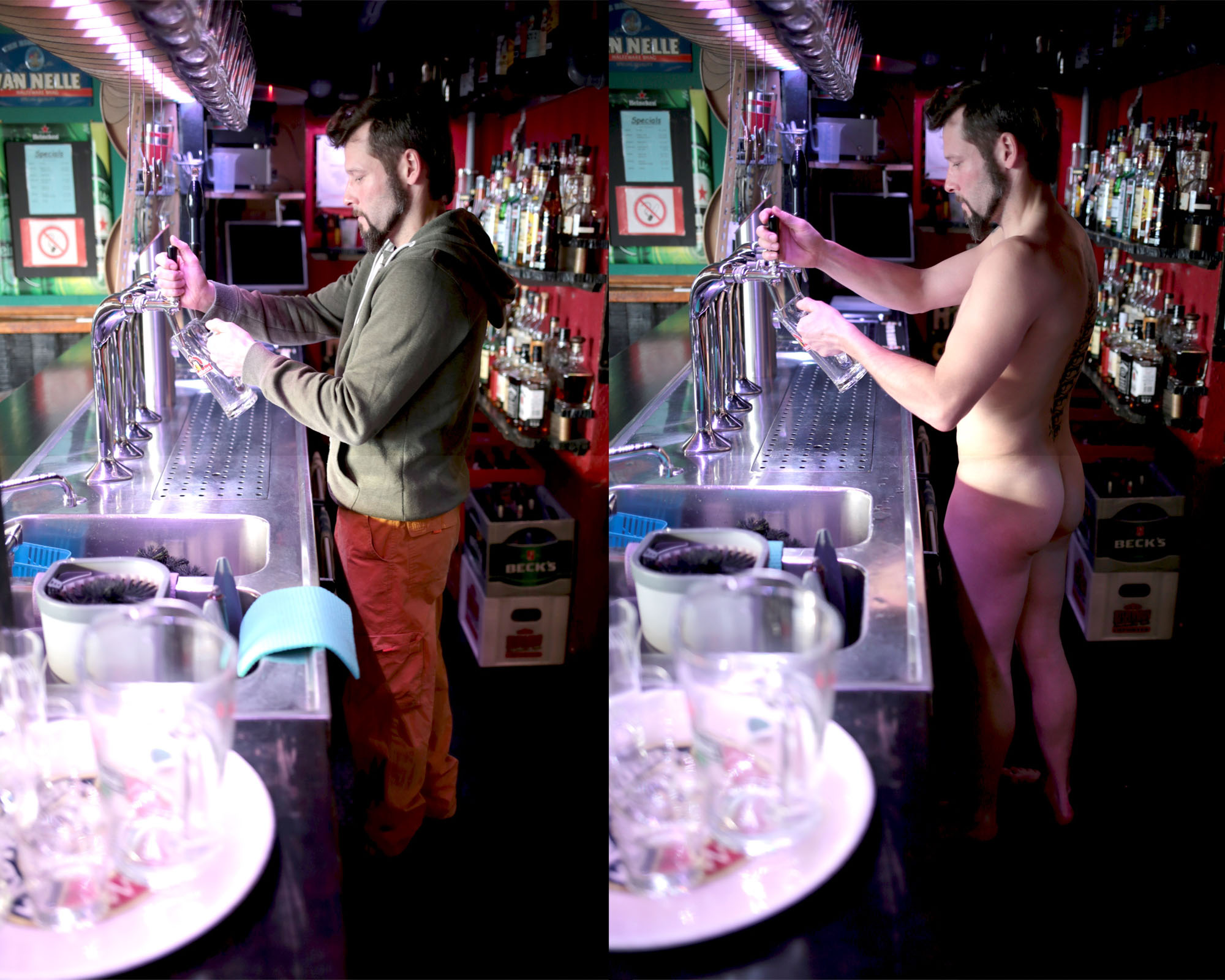 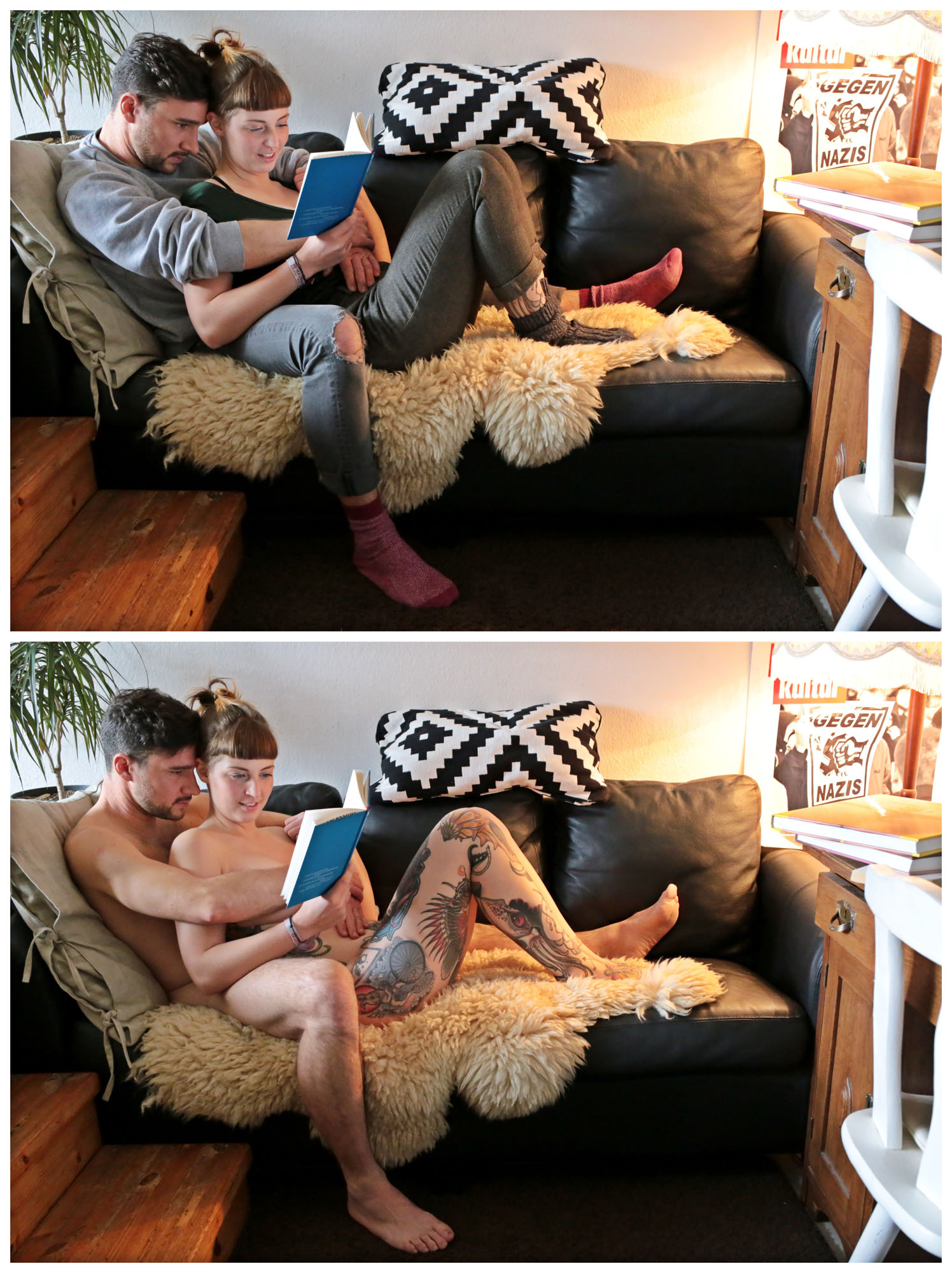 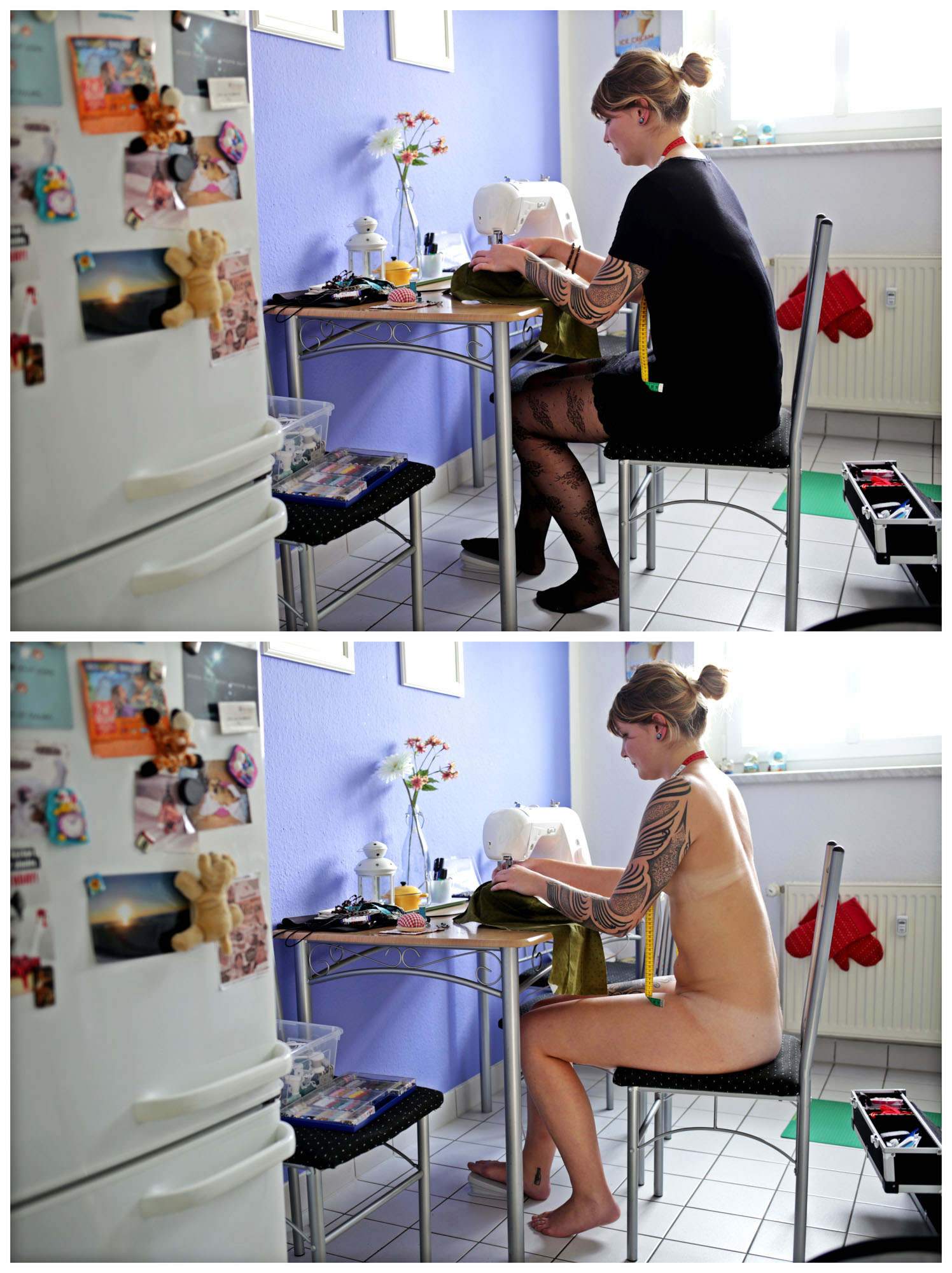 What is it about nudity that interests you? Nudity makes it easier to compare people. Without their staged and superficial surface, people seem more genuine. Over the last couple of years, nudity has emerged from being one of society’s taboos. I therefore love to present nudity in an aesthetic manner without any sexual context. Not every single nude photograph should be linked to sexuality.

In putting two images side by side, clothed and naked, what are you asking of the viewer? My work is lead by a quote by Heinrich Heine: “If you think of it right, we are all naked underneath our clothes.” What I want to point out is that being naked should feel just as natural as being clothed. Clothing as well as the personal environment explain the person to the viewer. Clothes conceal and can be used to mask one’s insecurities, but in my opinion people should stand up for themselves and resist society’s body ideals, which is what the comparison between the two photos is supposed to focus on. 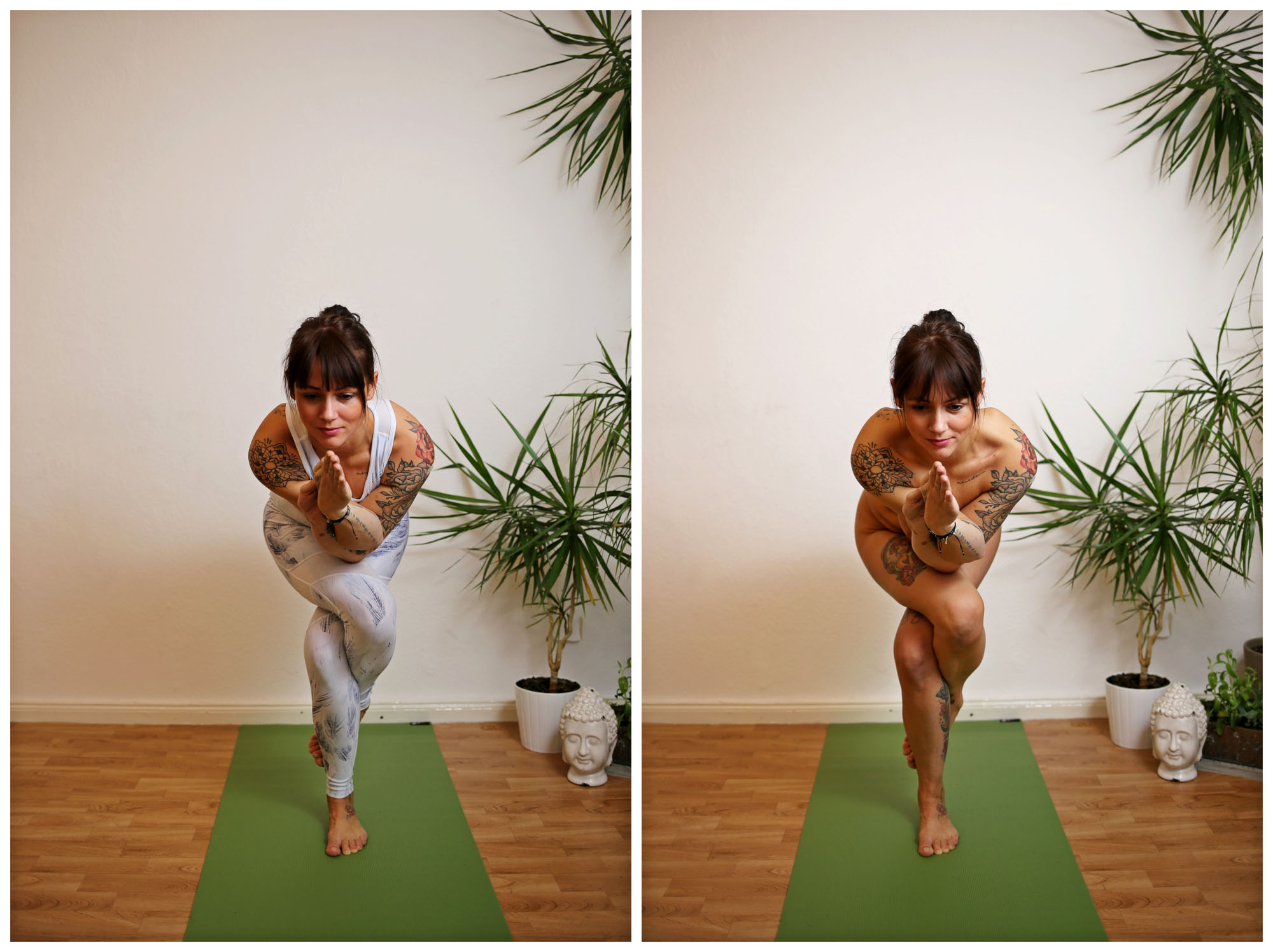 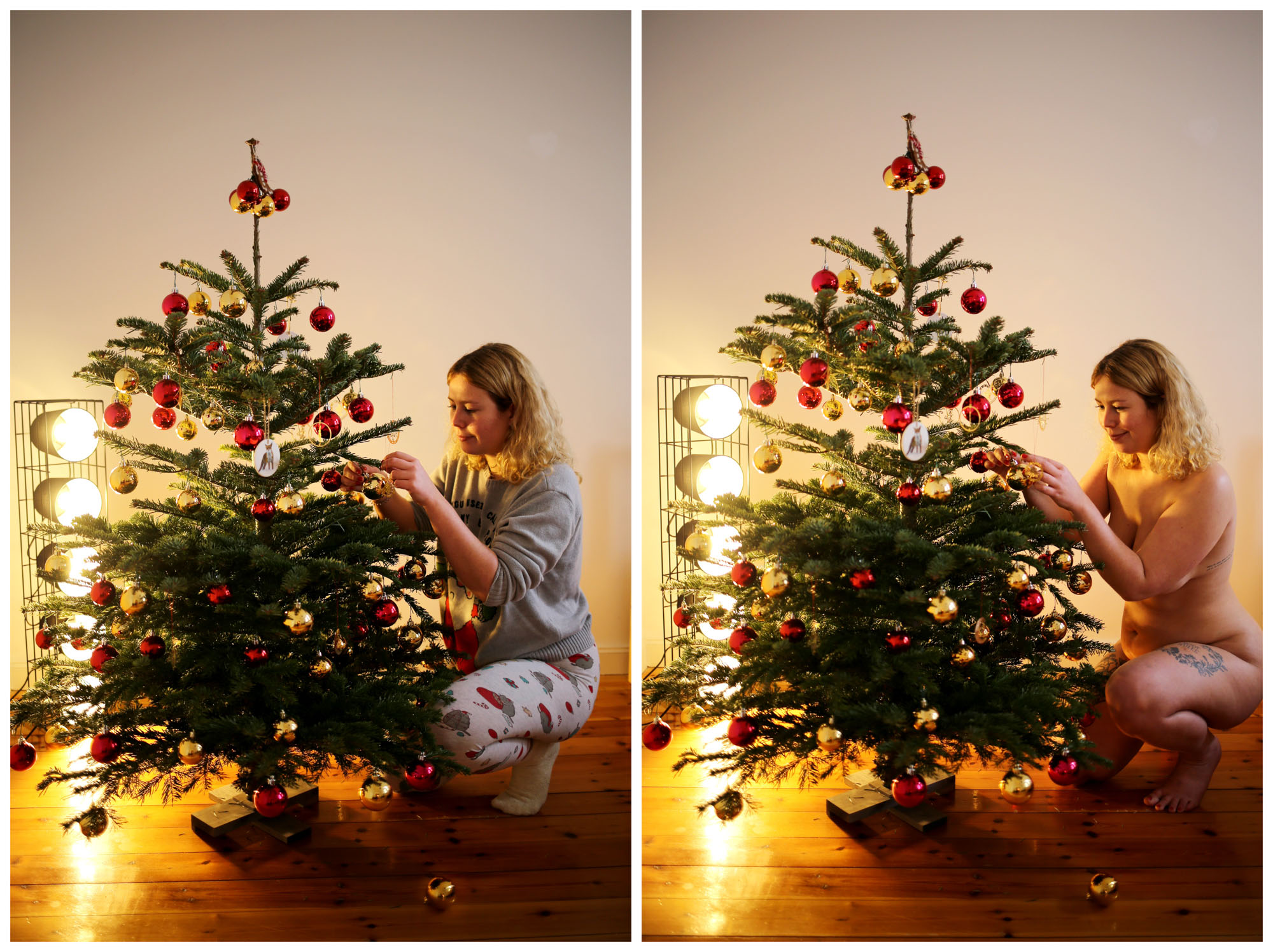 Do you think being based in Berlin has factored into the project? As an open-minded and colourful city, Berlin is receptive to a project like ‘With and Without’. But the project doesn’t only take place in Berlin! I have received messages from all over Germany, and London and Brussels. So far I have worked on the project in Frankfurt Main, Gießen and Leipzig and many more German cities. I think open-minded people who want to speak up against the pressure of body ideals can be found everywhere. It is a question of attitude and not of place of residence.

The photographs seem to not only address nakedness, but seem also to be intimate portraits of each individual. Do they choose the pose and setting? What is the process like for each photograph? By showing people in their natural environment, I want to give the viewer an understanding of the portrayed person instead of creating a situation. The photograph’s subject is discussed over email before meeting. I ask the participant about daily situations and we discuss how to implement our ideas. After that, an appointment is made. When we meet I take as much time as needed, but in general both pictures are taken within 30 minutes. 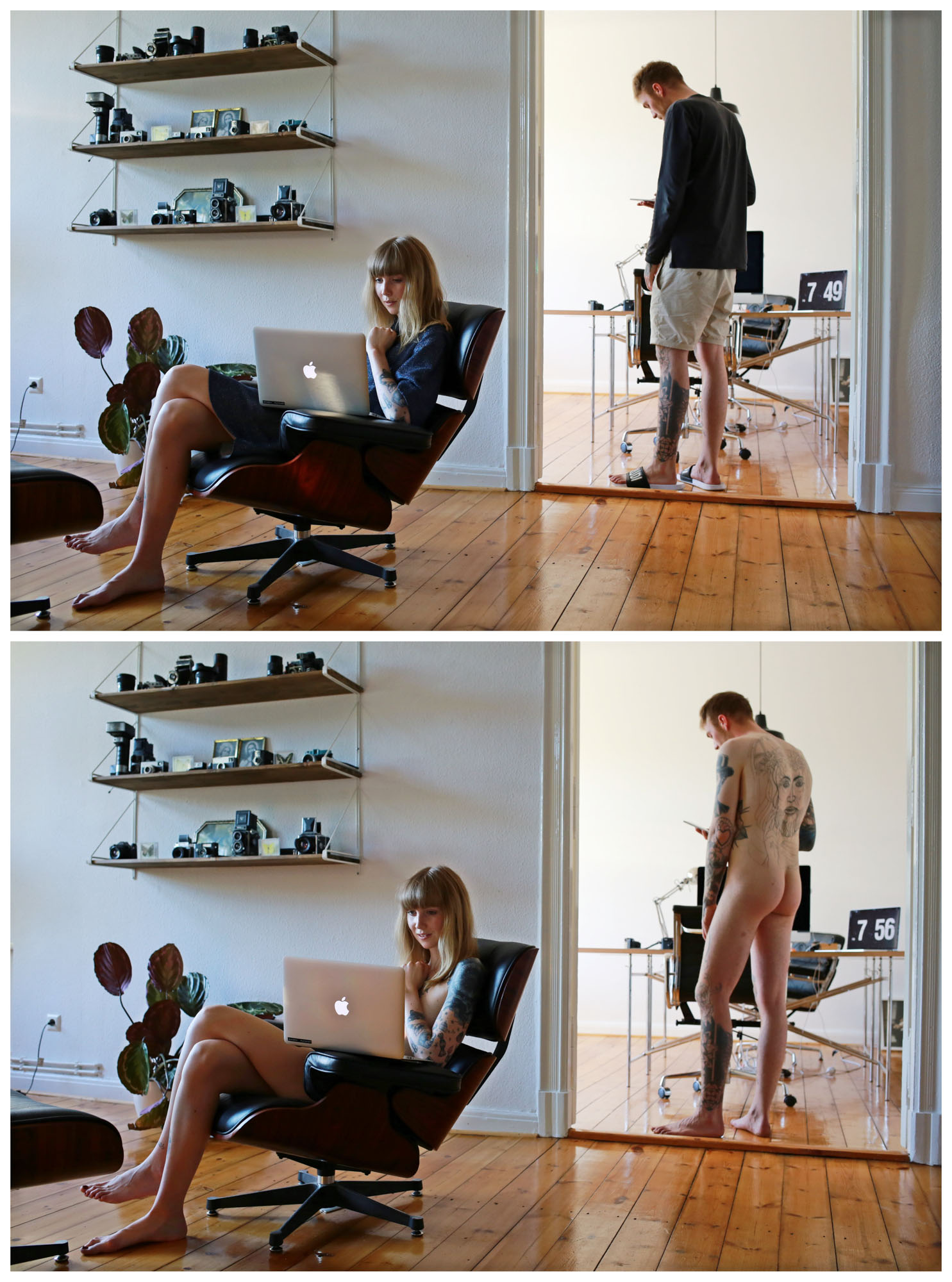 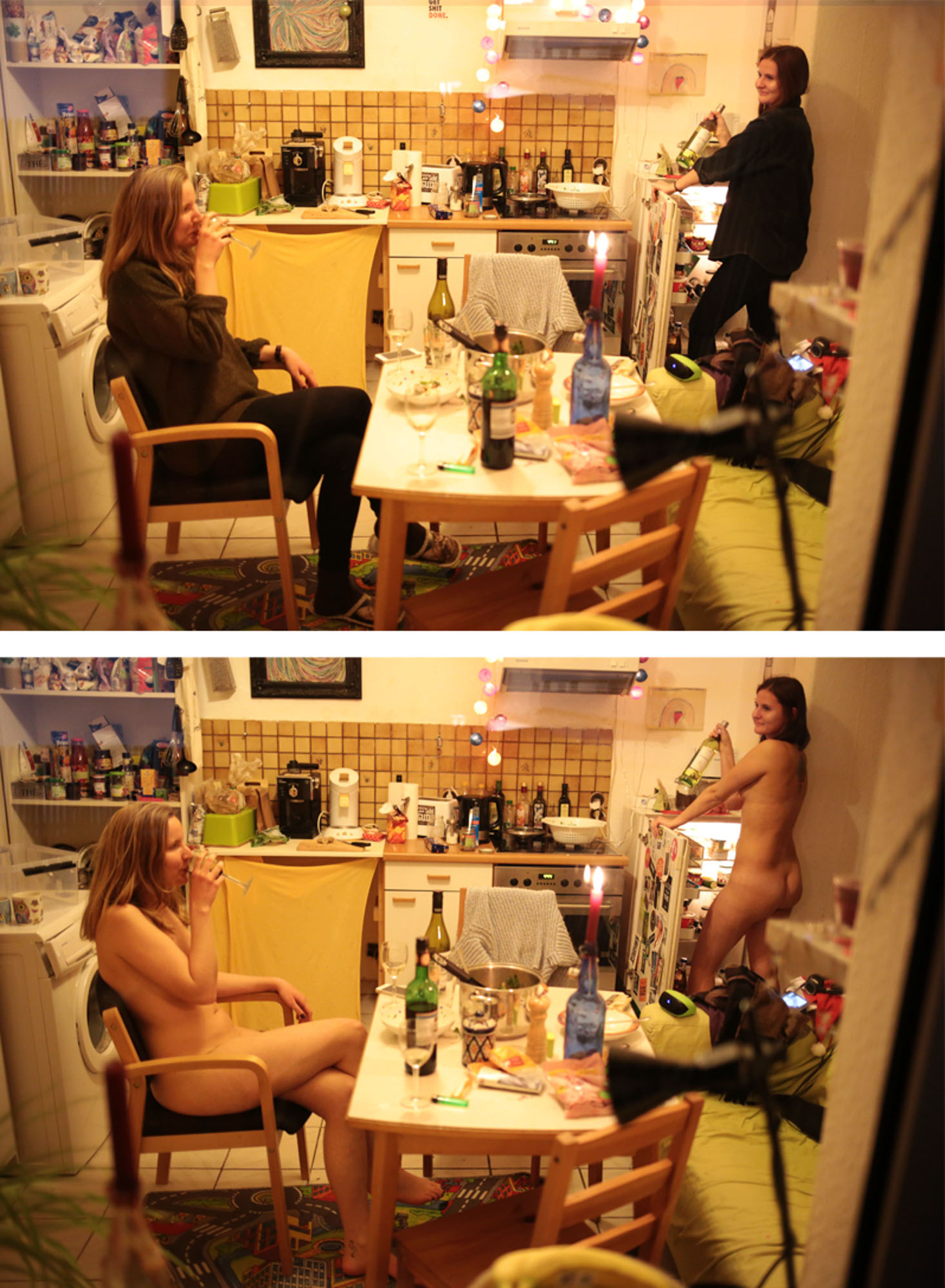 Your artist’s statement says that the project is culminating in a book. What is your intention for the book and when can we expect to see it for sale? Whenever photographs are not only presented on the internet, but also in the form of a book, appreciation increases. Flipping through a book makes you take more time to look at the pictures and focus on the details. Crowdfunding is supposed to start in April in order to finance the book, and I plan to start selling it by the end of summer.

Are you working on anything else at the moment? At the moment I mainly concentrate on ‘With and Without.’ On the side I am working on a documentary film about a musician and on the photo series, ‘Mobile Hands’. For the latter, I am photographing hundreds of hands in order to criticise people’s carelessness as well as rapid digitalisation. 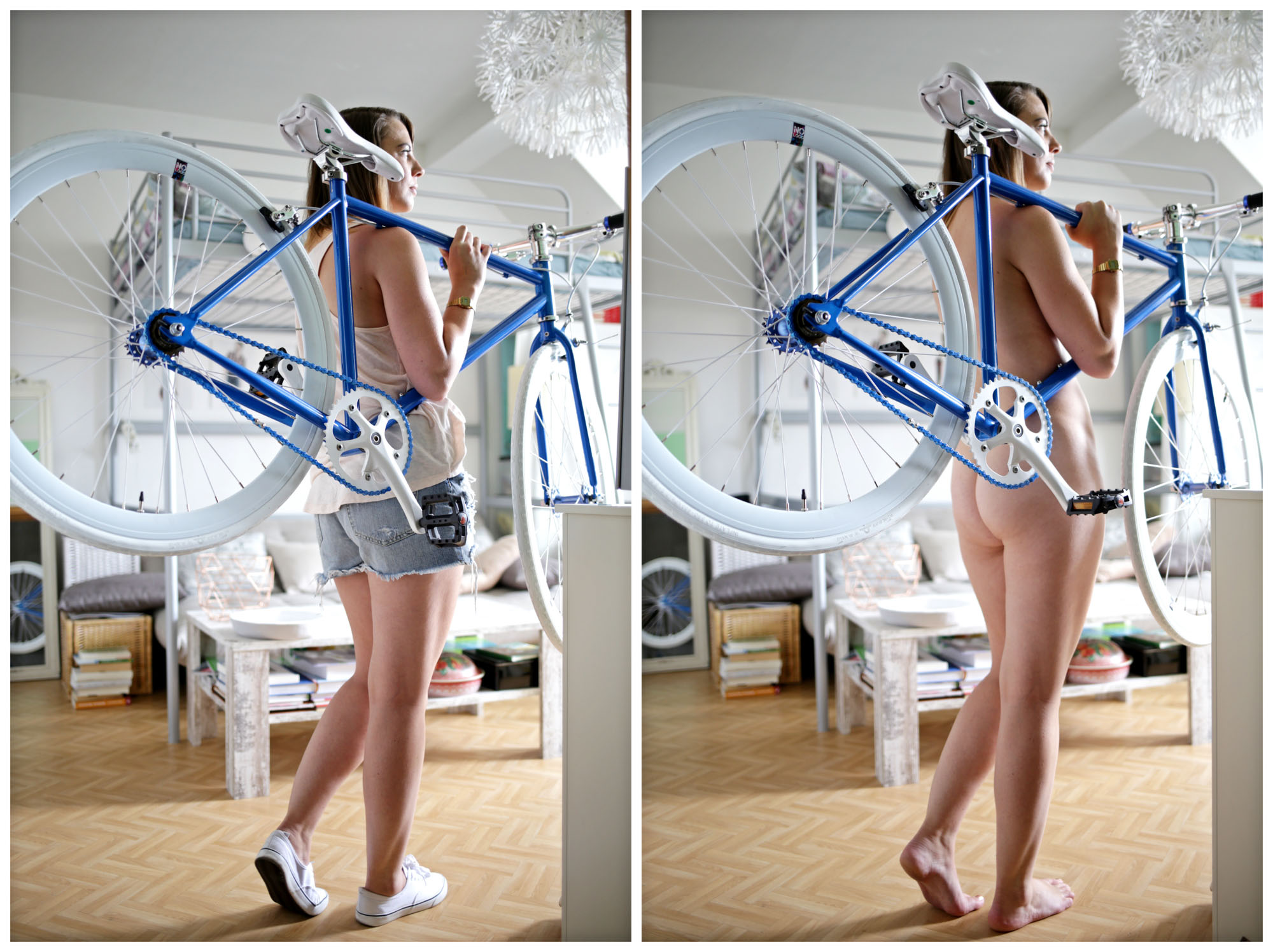