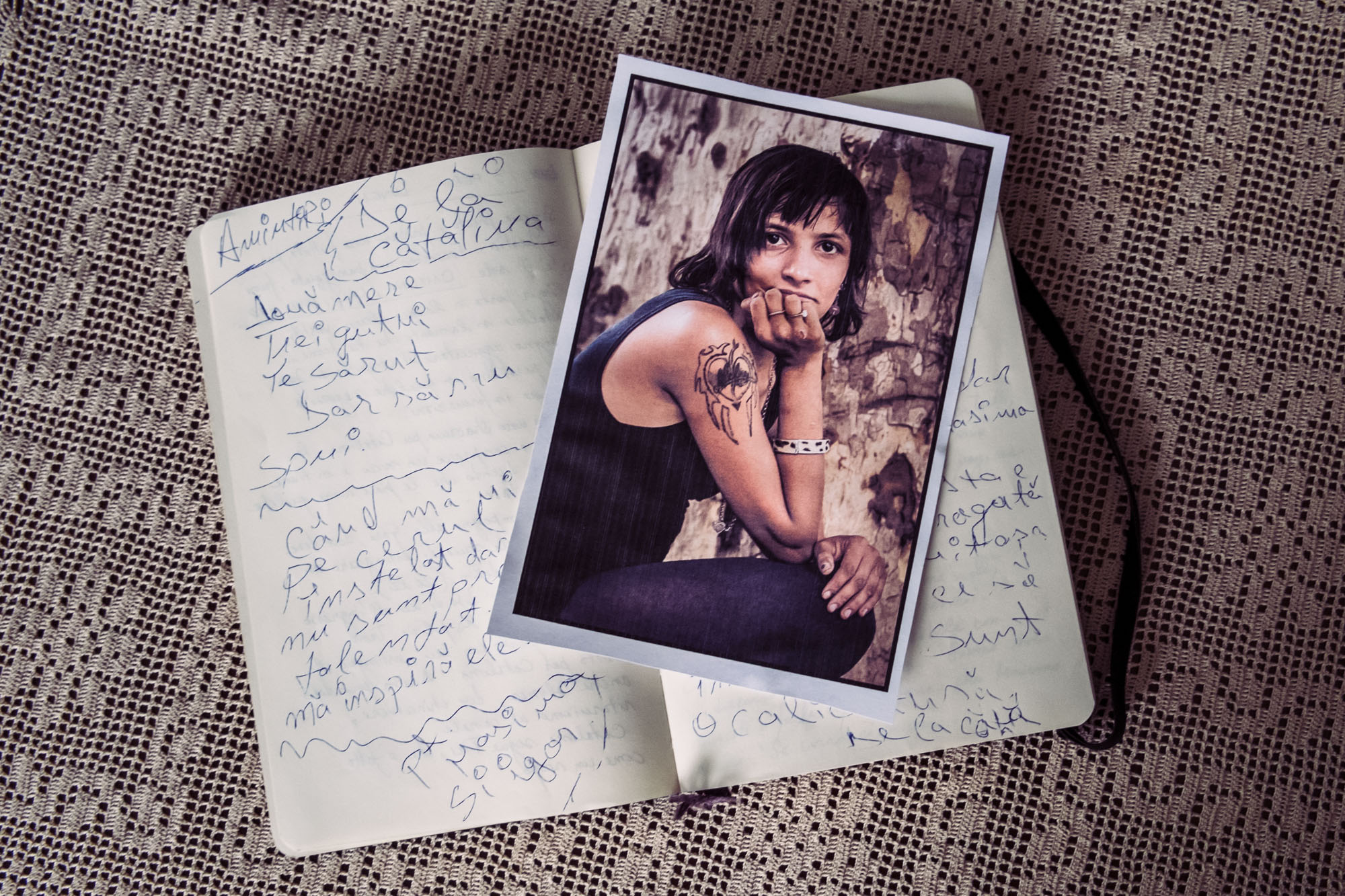 It’s hard to imagine the struggles and realities of a teenager living on the street. For those willing to try, Verloren in Berlin und Bukarest is an exhibition that melds anthropology and photography to tell the interesting and painful stories of homeless youth in Berlin and Bucharest.

Many young people flee home-abuse and end up on the street. In Germany, many flee to Berlin, seeking out the big city out in desperate hopes of something better. Approximately 2,000 young people live on the streets in Berlin, struggling with concern for food, safety, and drug abuse.

Photographers Fara Phoebe Zetzsche and Massimo Branca accompanied street youth, in Berlin and Bucharest respectively, and documented their stories of survival. Zetzsche’s project, Stray Kids documented young Berliners living on the streets and received the Lammerhuber Photography Award in 2014. Branca’s project, Inside Outside Under Bucharest followed the lives of young people living in the underground tunnels of Bucharest. His work won the Lumix Hanover Festival Public Choice Award in 2016.

Scroll through the selection of powerful photos below. The exhibition ran at the Willy-Brandt-Haus March 16th – May 21st, 2017.

Massimo Branca, Inside Outside Under Bucharest 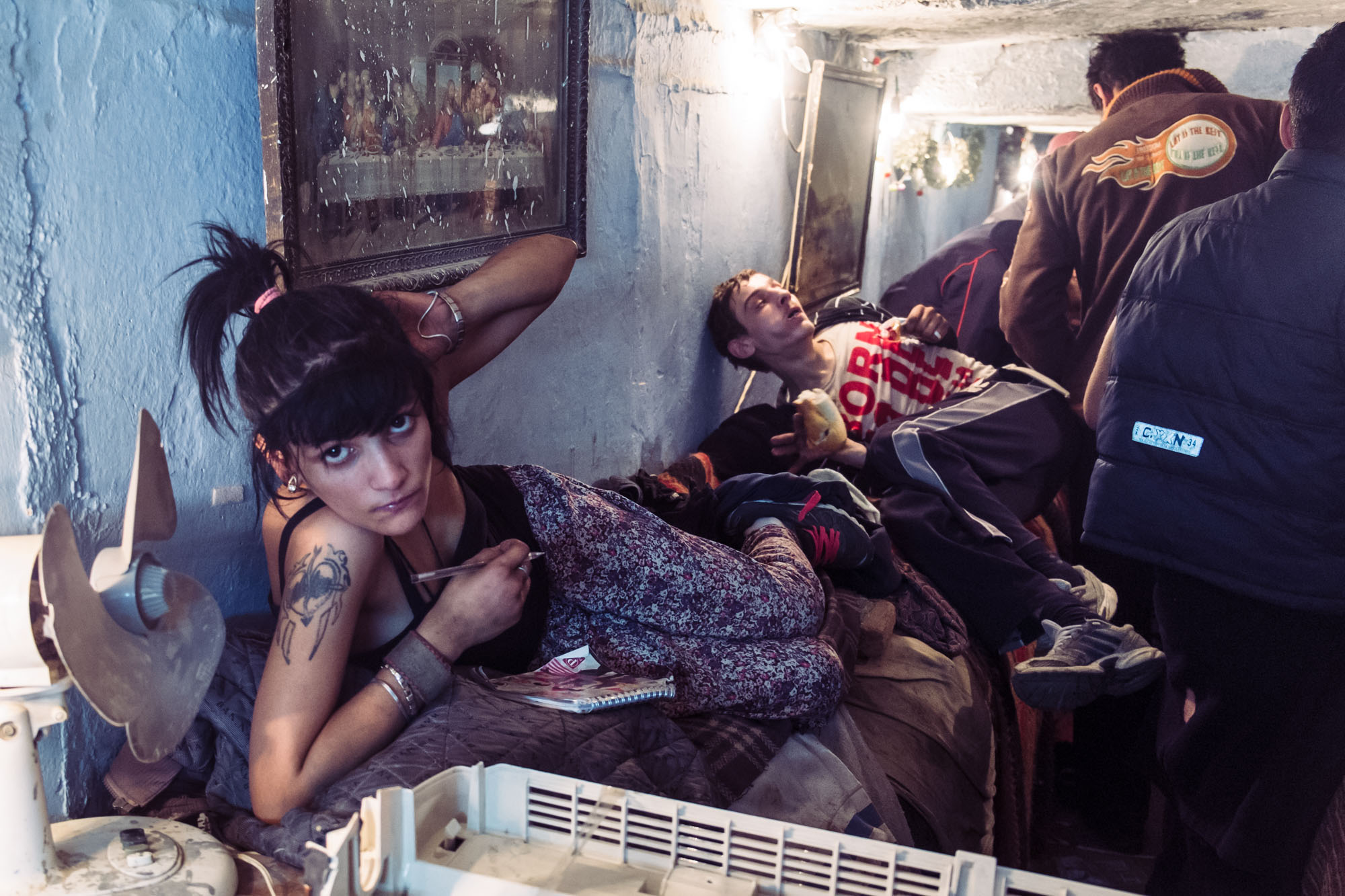 "Nothing to Do", Bucharest, 2013. In the narrow space of the tunnel, there were few available activities apart from using drugs, especially in the winter. Catalina loves to write. 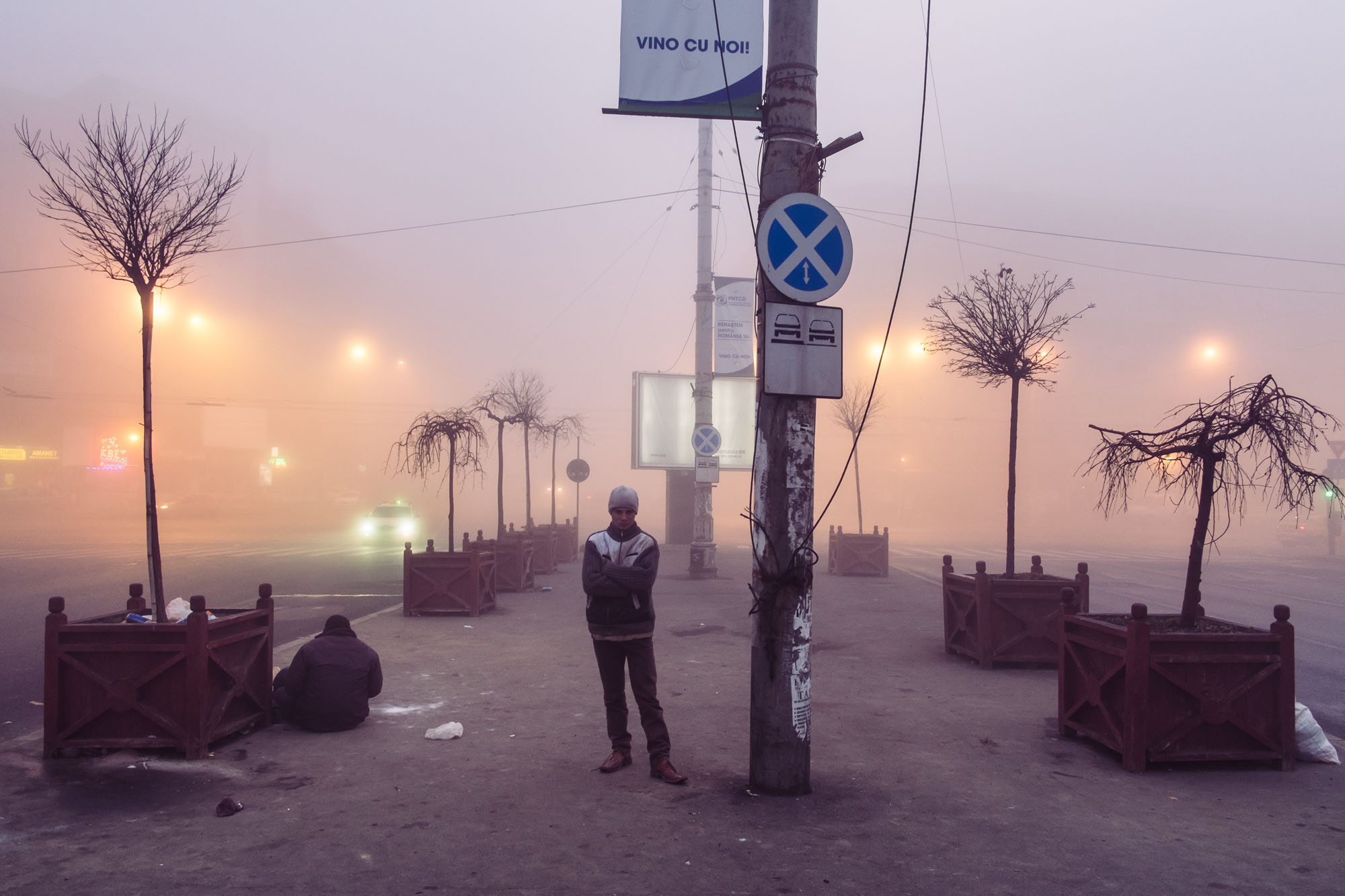 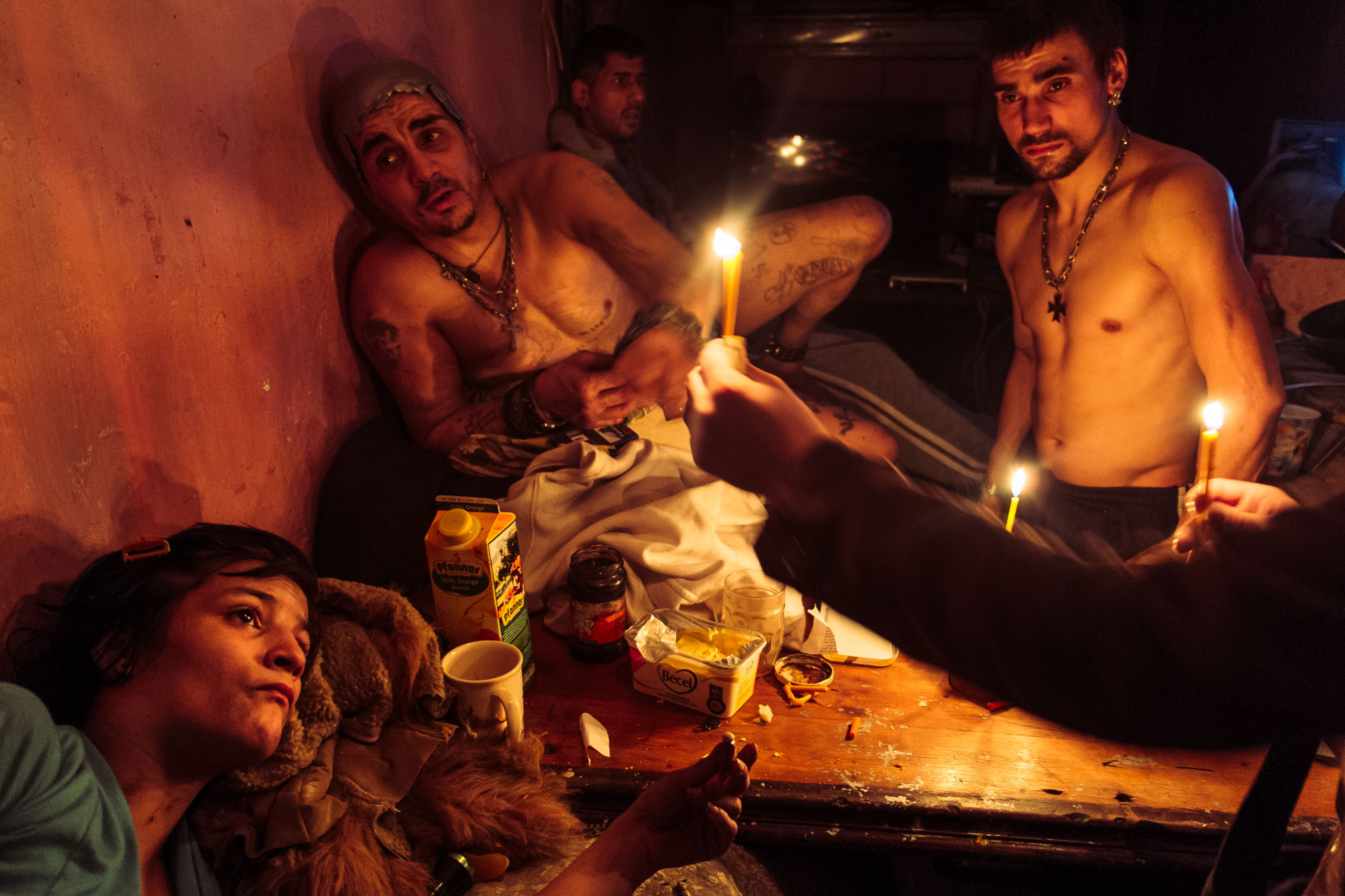 "Before the Light", Bucharest, 2013. Blackout inside the tunnel. Before the arrival of Bruce Lee, who brought electricity underground, the tunnels were very dark spaces, lit only by candles. 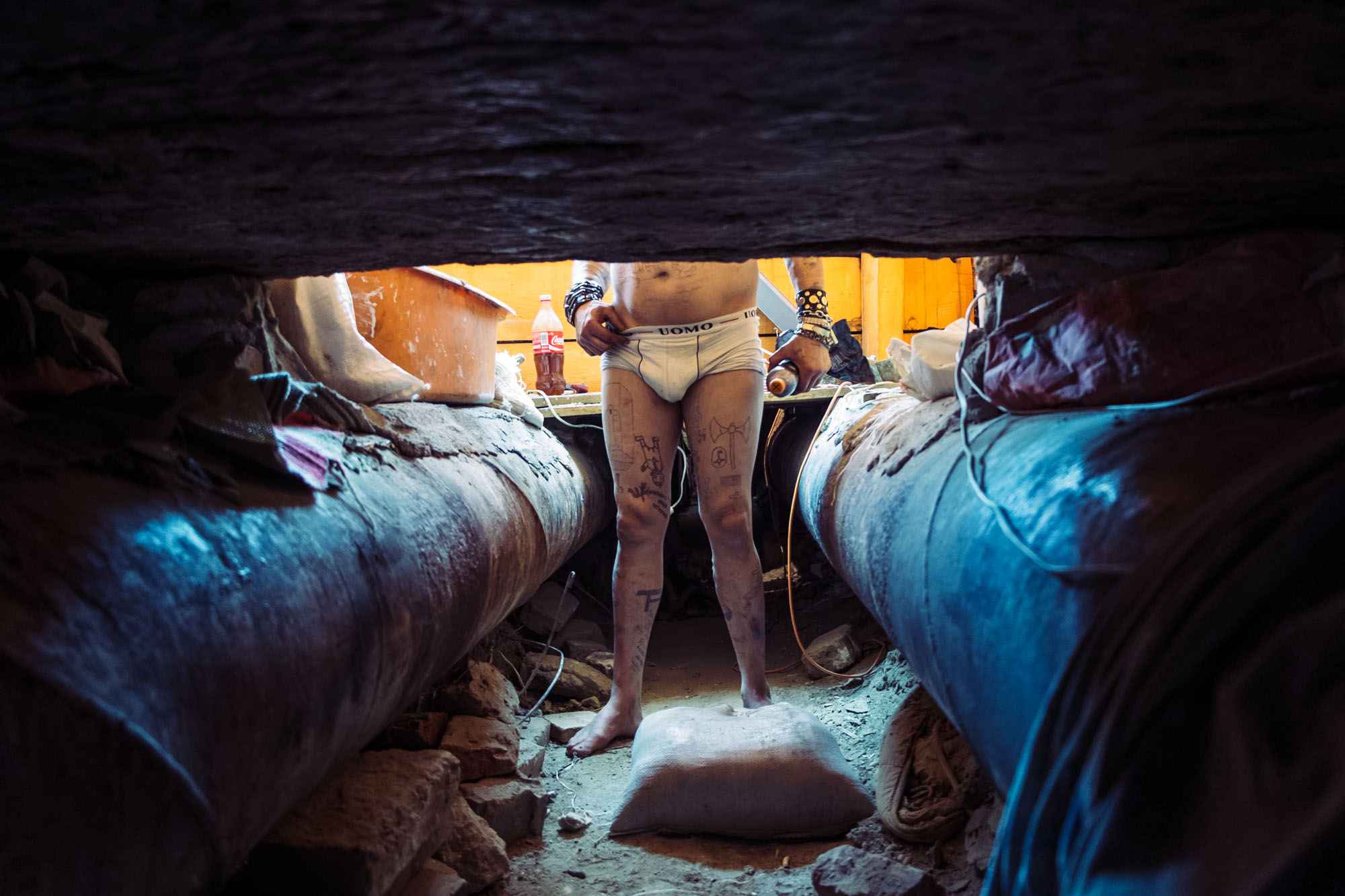 "Inside the Tunnel", Bucharest, 2013. Work in progress inside the tunnel. Bruce Lee used to put Aurolac on his head. 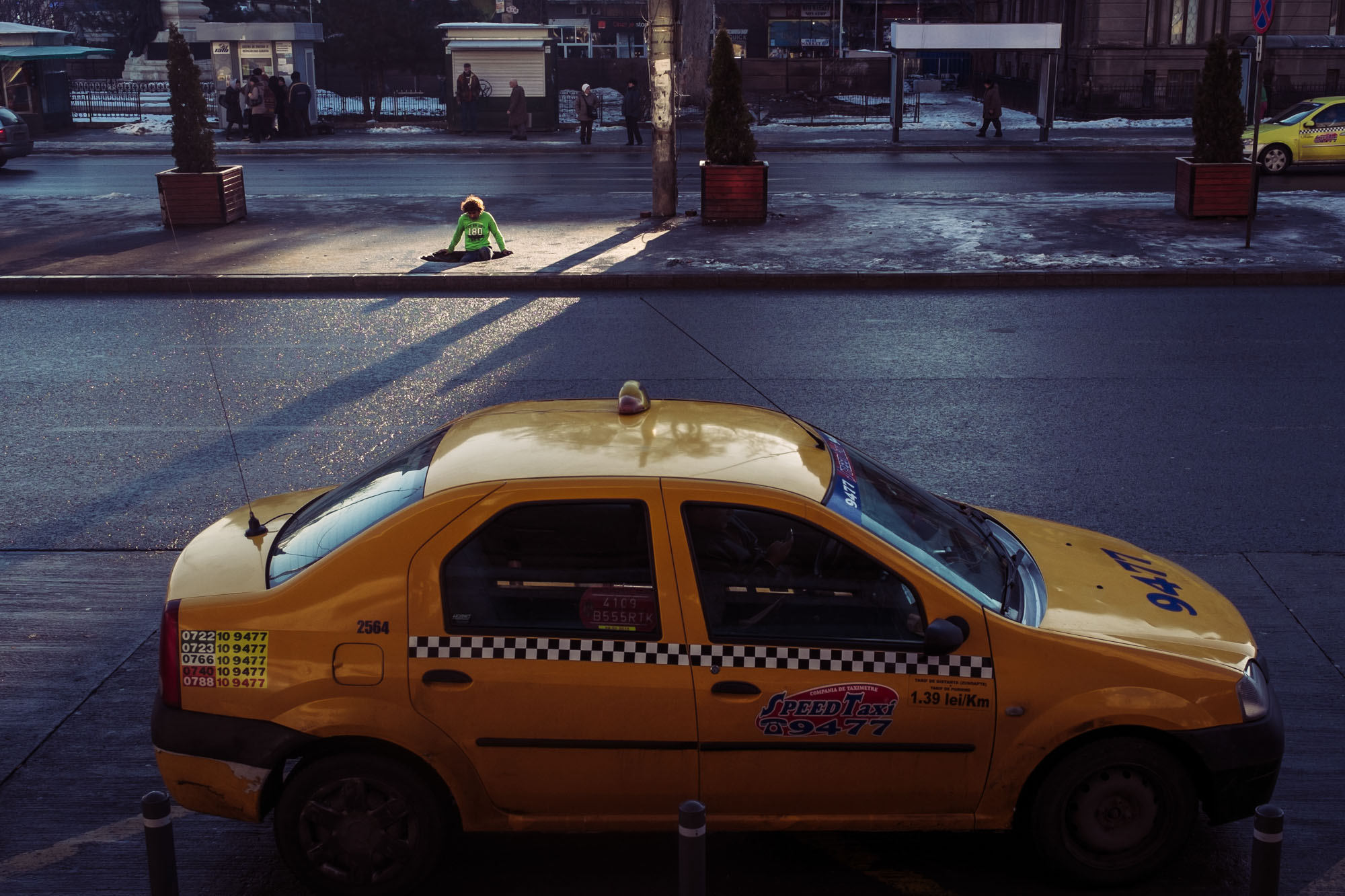 "Street Island", Bucharest, 2013. After police demolished the tunnel entrance inside the park in October 2013, the community opened the access in the middle of the traffic island in front of the train station. 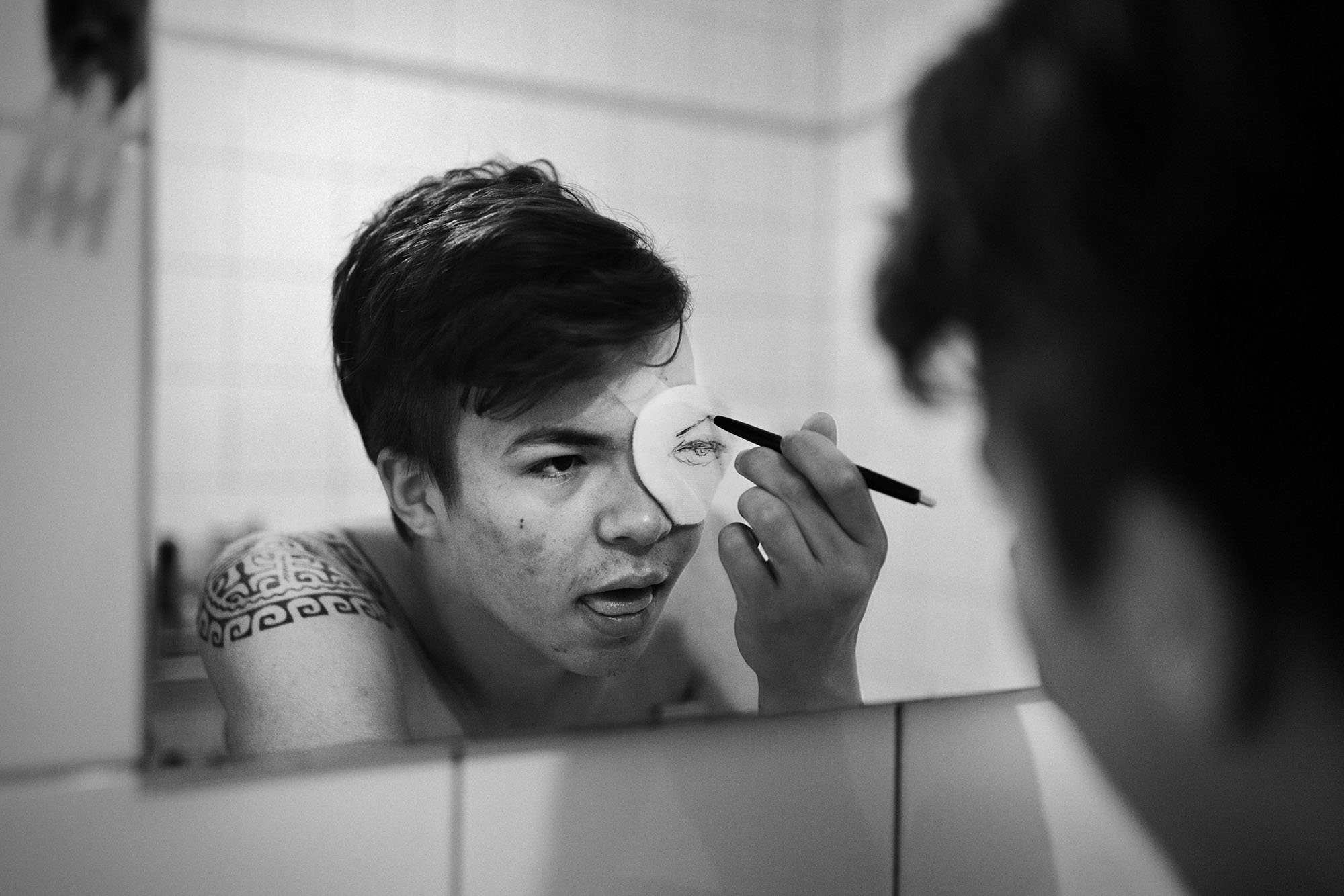 Berlin, 2013. Nico draws an eye on the bandage over his eye, which was injured after being punched. Nico: “On the street I learned to never give up and to believe in oneself, even if it’s really tough. A friend once told me: ‘If you can make it on the street, you can make it anywhere.’ This is still giving me power.” 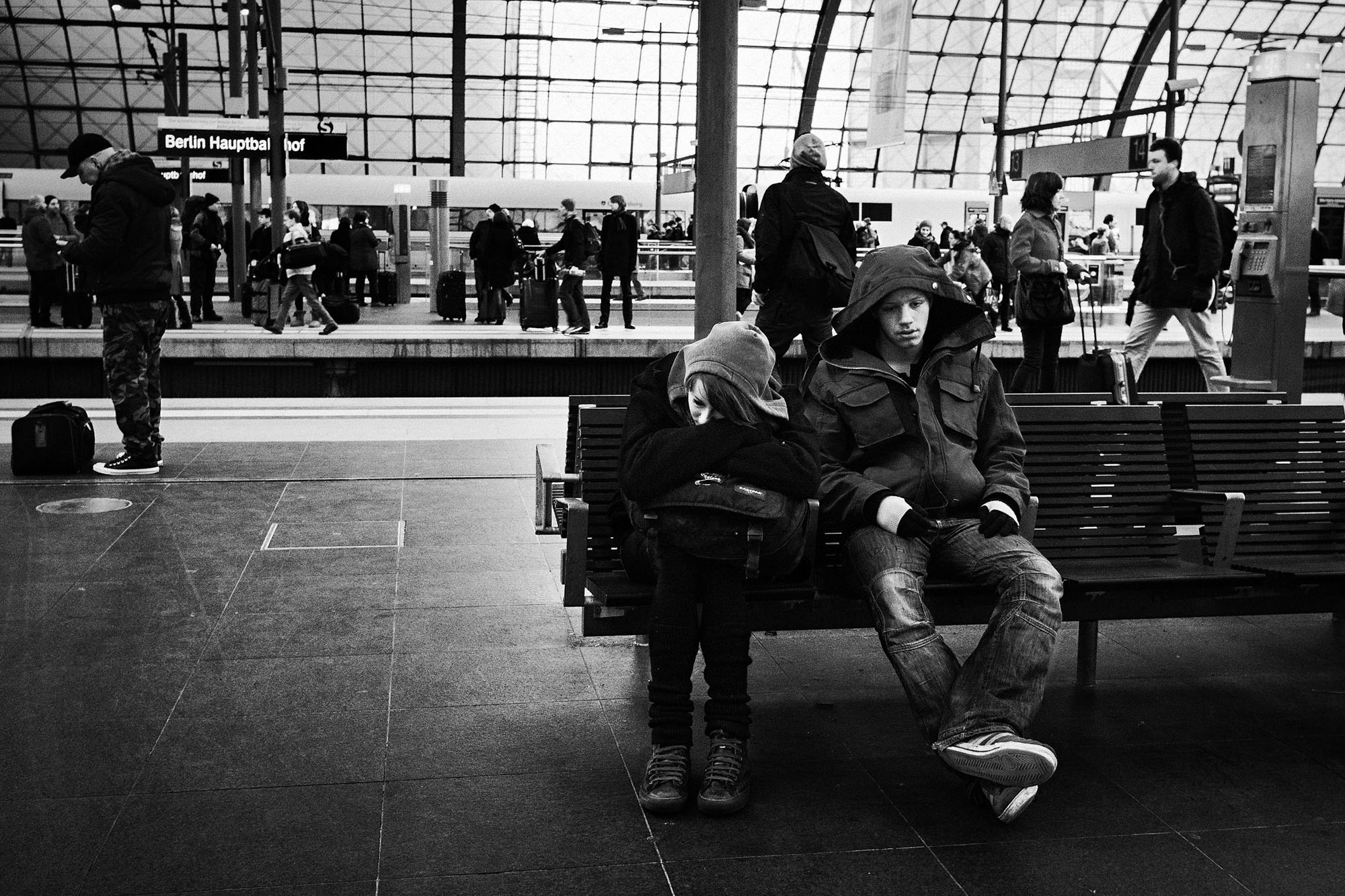 Berlin. 2013. Paula and Kevin at the main train station after a ticket control and another joy ride ticket. Paula: “Society often considers us to be ‘trash’, they don’t think highly of us, believe we don’t want to go to work and don’t understand why we are on the street and why one could choose such a path.” 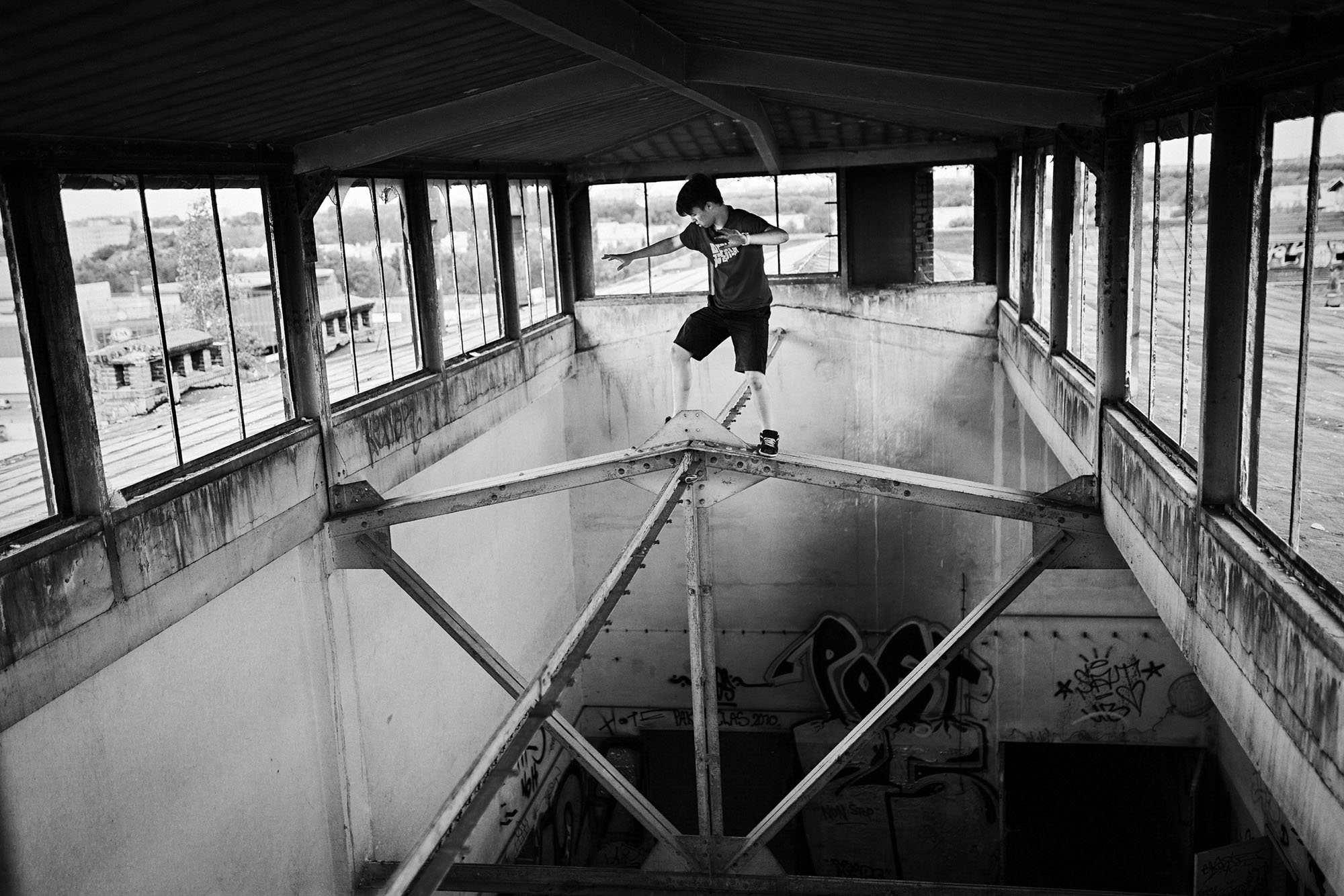 Berlin. 2013. Nico in an old building of the former Bärenquell brewery in Berlin. Nico: “Nothing stays in life, but nothing remains, because the day we leave, we can’t take anything with us, everything vanishes, everything will blow away, at some point I understood, that the earth will still spin without me.“ From Nico’s favorite song “Kapitel 29” by Torch. Berlin. 2013. Kevin in a staircase in Moabit, which he used to sleep in. How do you feel about life on the streets? Kevin: “Well, it’s gotta work.” 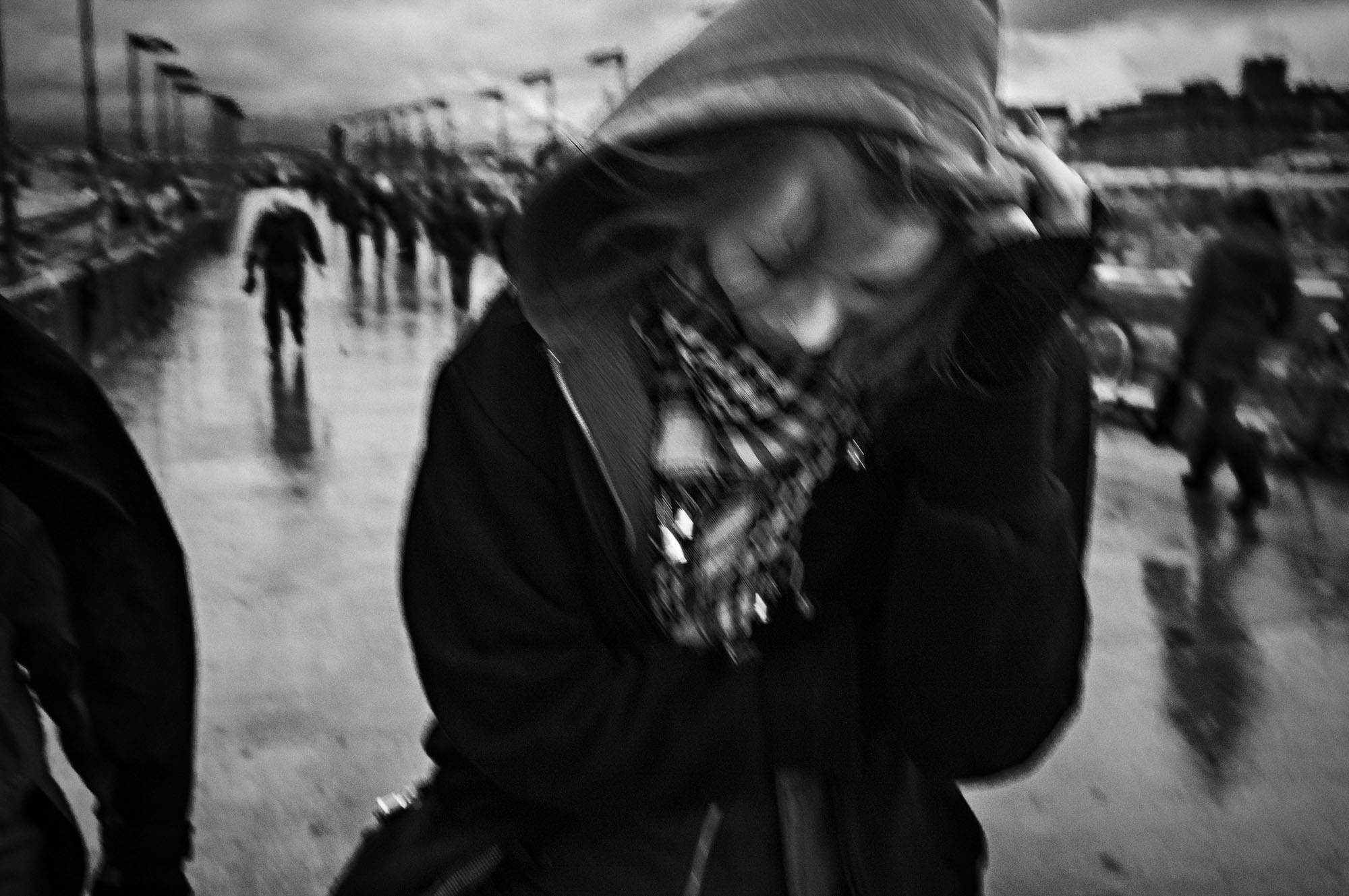 Berlin. 2013. Paula at the S-Bahn stop Warschauer Straße walking towards the bridge. Paula: “I have no idea where I will be in 10 years - either I have my life under control or fucked up everything. I’m afraid that at some point I will become like some older people here, that nothing will matter to me, even myself.”

Check out the websites of Massimo Branca and Fara Phoebe Zetzsche for more information. The exhibition at the Willy-Brandt-Haus ran until May 21, 2017.