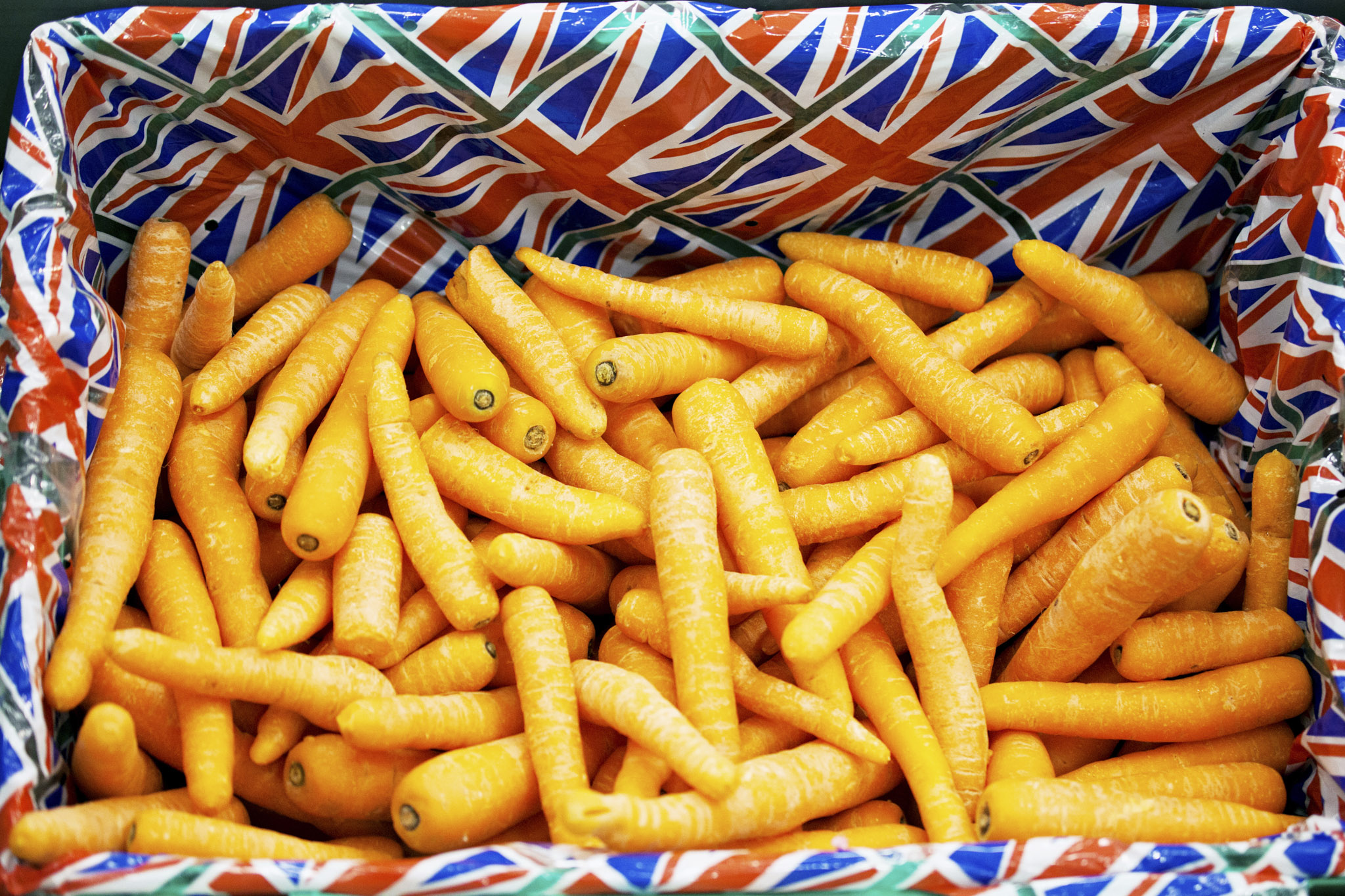 Sandra Ratkovic is not afraid of conflict. In fact, most of her work is inspired by a tendency to dive straight into it. This attribute led to her powerful exhibition, ‘Merseyside and Brexit’, which explores the tension-knot that is Britain in post-Brexit times. Sandra has also published a book of the same title, featuring both photography and documentation of the opinions that the people she photographed expressed towards Brexit.

Sandra takes the view that disagreeing with a country’s policies is no reason to look away, rather it’s motivation to investigate more closely. Weary of a wider tendency to generalise and stereotype, she encourages her viewers to confront their own prejudices. Through coupling a selection of portraits of individual British citizens with images of the county Merseyside, Sandra humanises voters by exposing the sparse landscapes they inhabit and the kitsch structures they are surrounded by. This theoretical focus is underlined through the format of her Brexit project. During the exhibition, visitors were asked to guess the vote that the people photographed had cast. Then, only after viewing the photographs, a handout is provided that reveals the actual vote of each individual. This exercise exposes the extent to which biases, implicit or explicit, skew our perspective.

Sandra took the photos for ‘Merseyside and Brexit’ when visiting England in 2017 and 2018. The Brexit referendum had already happened, and Sandra has captured the dramatic change in atmosphere that took place. 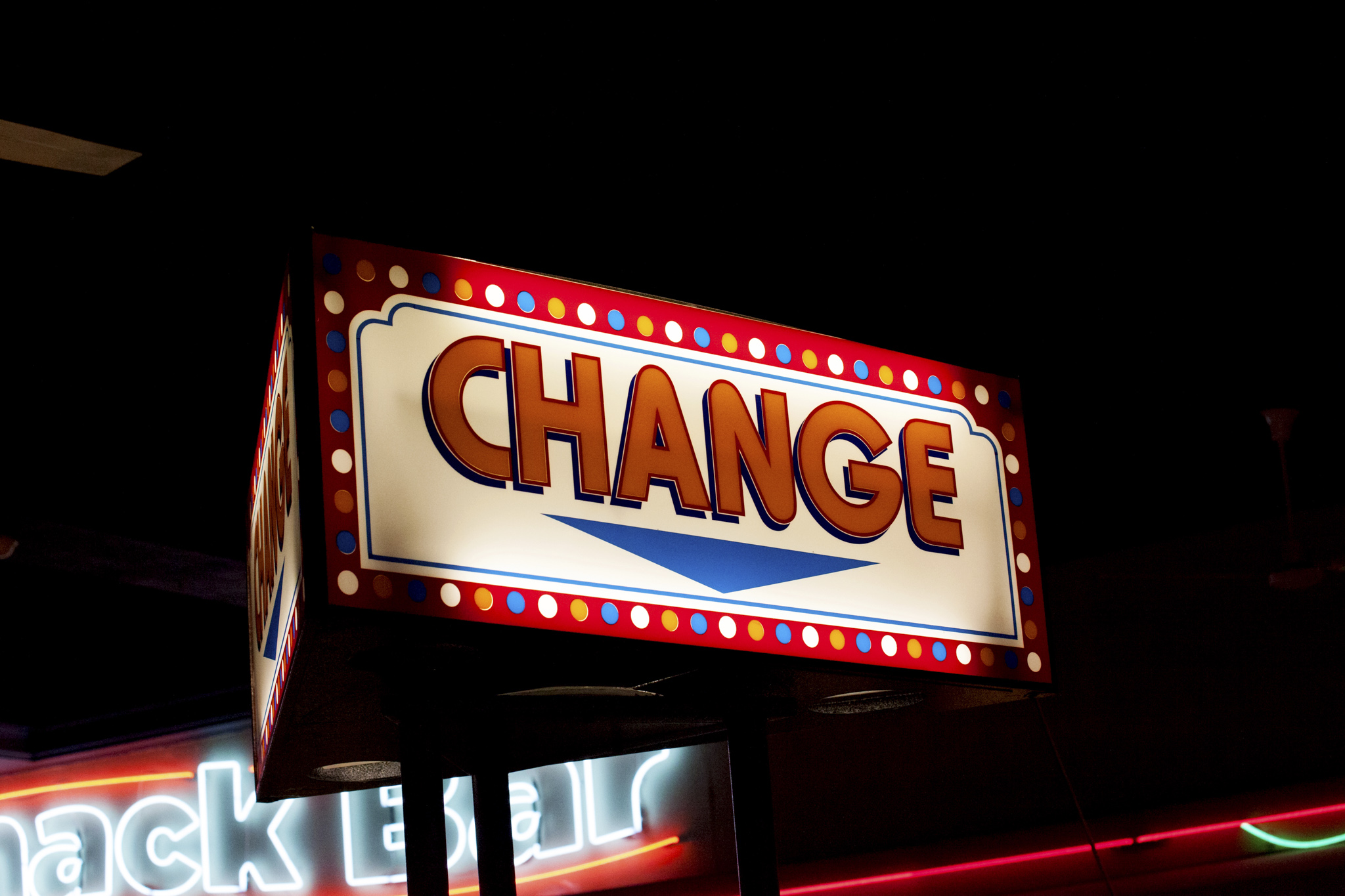 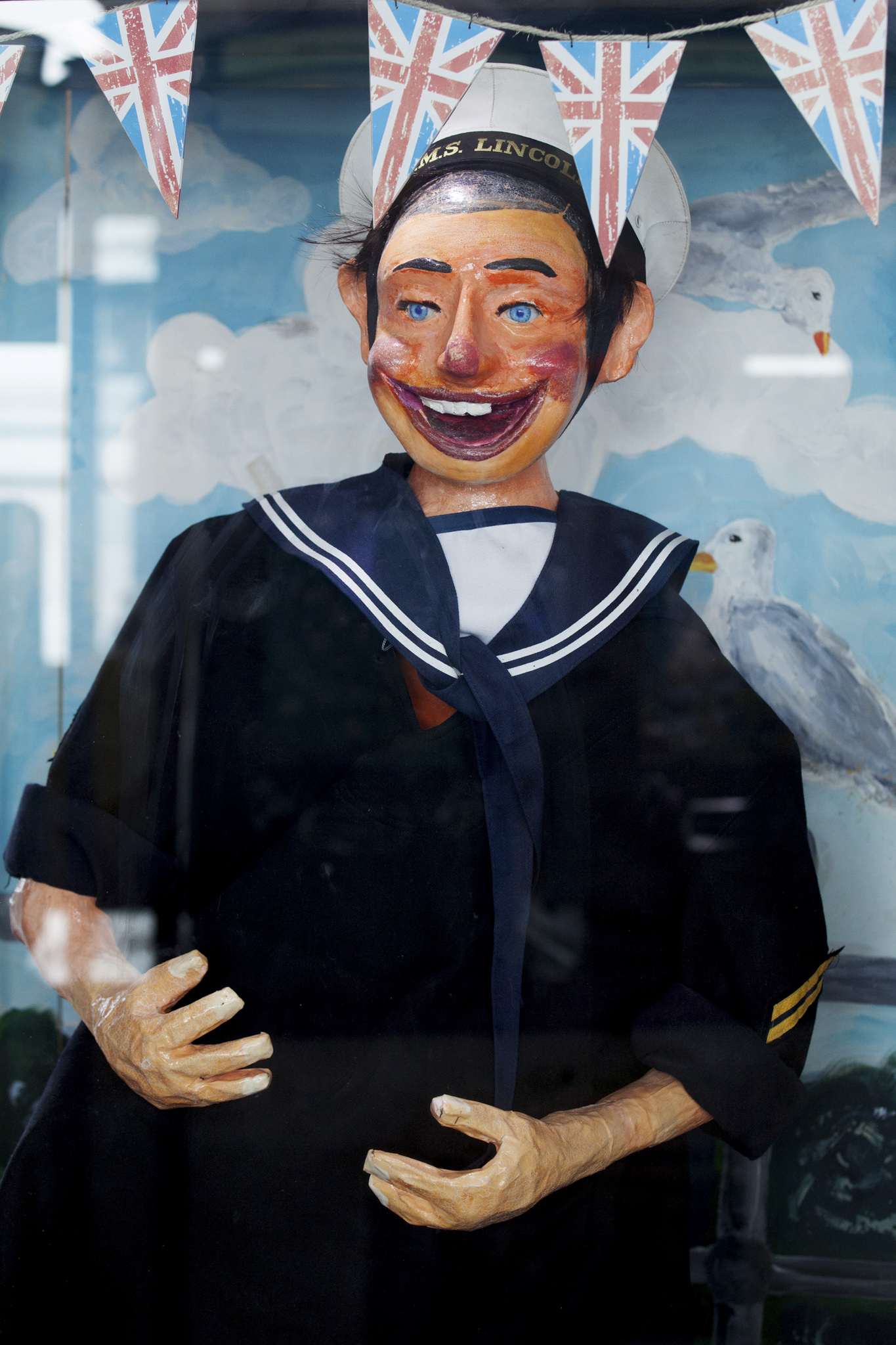 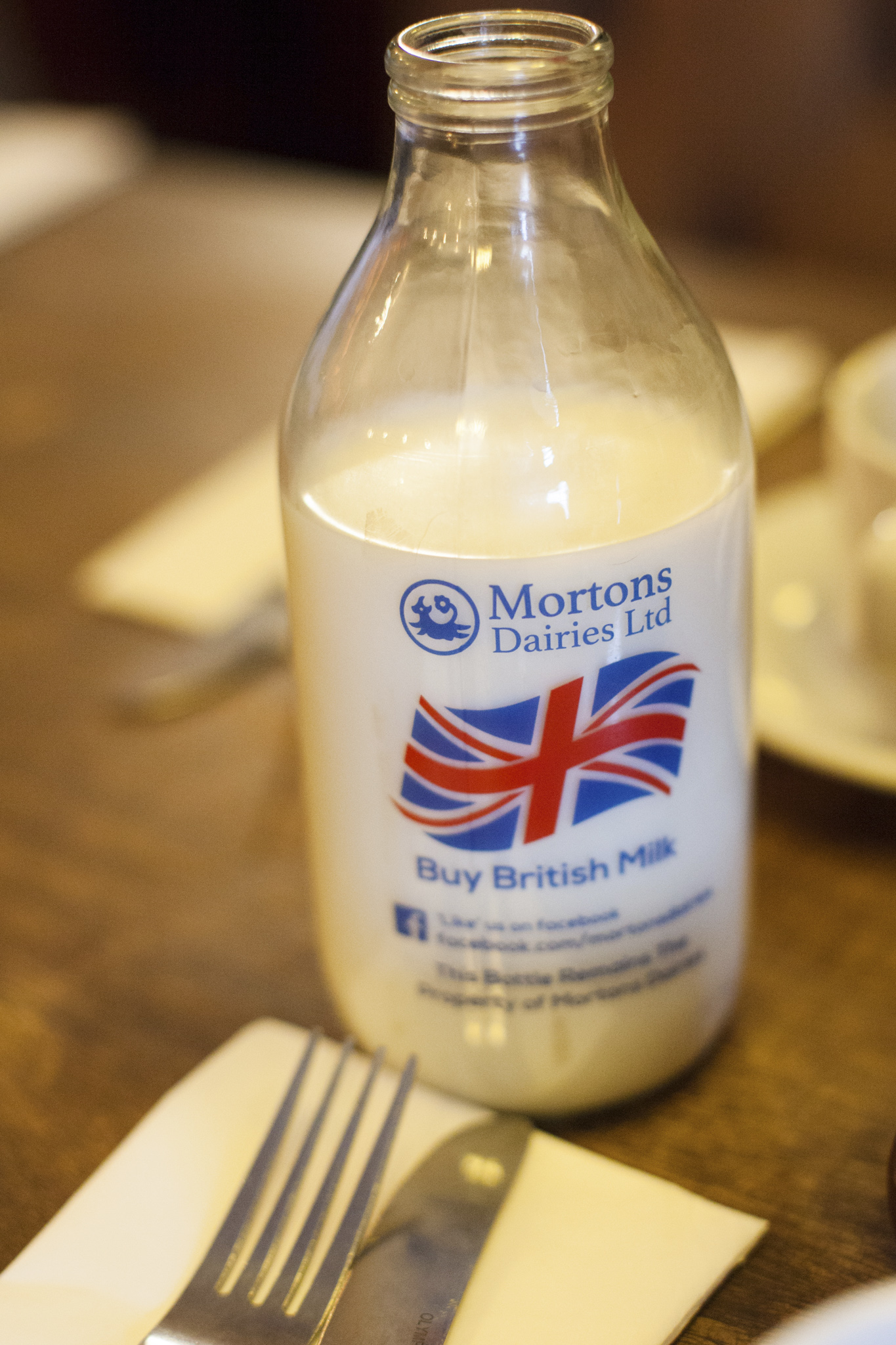 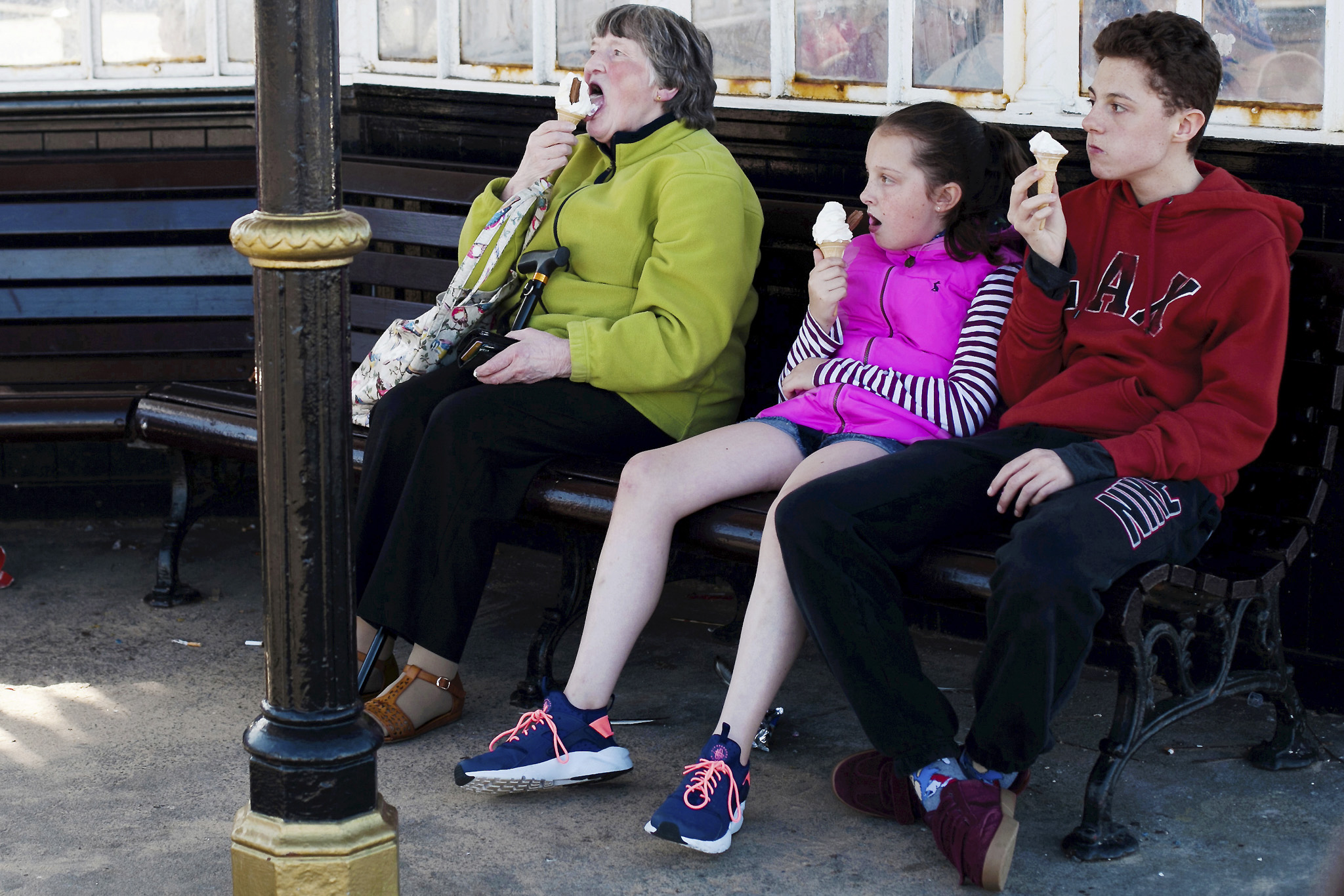 I really felt like people were insecure, paralysed, and didn’t know what to do – it was hanging in the air

Your book’s introduction discusses the uncertainty British people have felt since the Brexit referendum. Was that uncertainty a theme with the individuals you spoke to and photographed?
Yes, I lived in England myself, in London and Liverpool, so I know what the country is actually like. So I could compare to what it was like before [Brexit] and I really felt like people were insecure, paralysed, and didn’t know what to do – it was hanging in the air. You could see in their eyes that they weren’t happy, they were scared. The people who voted to leave were like, “Yeah I voted to leave,” and sort of like, “I’m proud of it.” But you could see they were just trying to convince themselves.

I talked to a lot of people who voted to stay and they were really heartbroken. One of them was crying and said, “The day of the result was the worst day in my life.” You could see it was such an emotional thing. They are really scared, I think. With everyone not knowing, it’s like somebody pressed pause on the whole country.

What are some of the stereotypes around the Brexit vote? Did you find that those stereotypes matched up to what you experienced in talking to people? People say it was the uneducated who voted to leave. Another reason why I did this project is that a lot of people here in Germany, and to be honest even myself, thought it was this way. I thought it must be the more educated people who voted to remain. I found out it was exactly the other way around. I have an English friend who is a musician and he was so shocked that his mum, who’s a teacher, voted to leave. That actually gave me the idea to find out for myself who voted to leave and who voted to stay. I wanted to find out whether or not you could actually tell how someone voted by looking at their face, outfit, and social codes, because there are so many clichés and they’re often wrong. 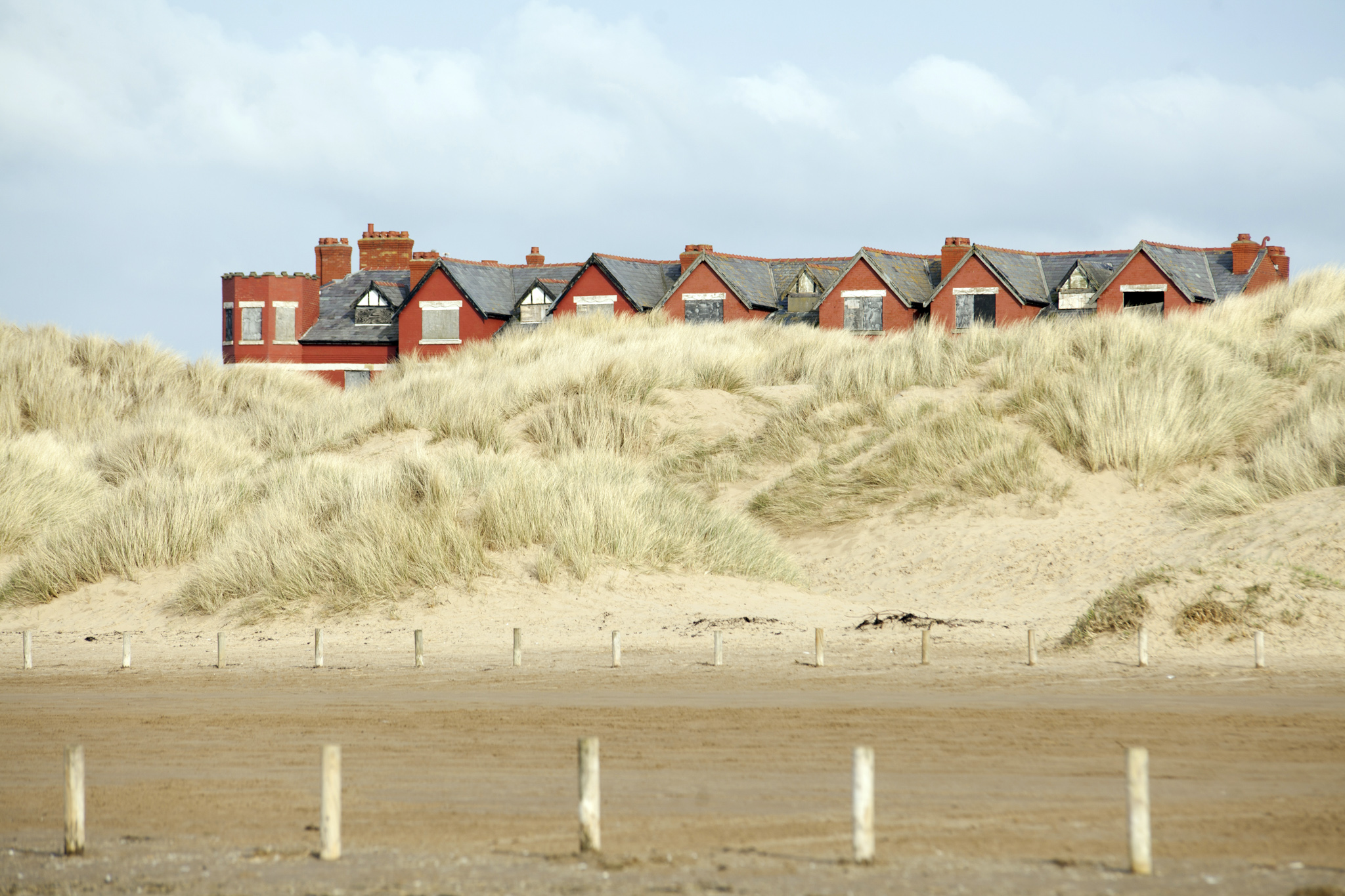 Did you ask people how they voted before you took their photo?
No, because usually it’s better if you just capture people in the moment, if you don’t talk too much beforehand. That way they don’t have time to change or to pose. For example, there was a guy who was smoking, a barber standing outside his shop. I just really liked him standing there with his cigarette, so I took a picture. Although, they all told me their vote readily when I did ask them, which I was really surprised about. That also showed me what an emotionally important topic it was, since they were actually eager to talk about it, and even with somebody from a different country.

There was this gardener – he was the most interesting guy. In Germany we always associate England with gardens, so I thought it would be good to have a gardener in there. At first he looked like a really nice grandad, but then he said, “Oh, you’re from Germany. Tell your grandad that he’s with the Germans, that the English are the best, and that we should never have fought against each other.” After that he said, “Yeah, and Hitler… of course not everything he did was good, but he did some good things.” I was just like, “Oh, wow.” So you can never tell by the first impression.

There was also a guy that was outside the pub… he was brilliant. It was eleven o’clock in the morning and I wasn’t sure if he was drunk. At first I was too scared to talk to him, but then he just looked so interesting. I thought, “OK, I’m just going to be brave,” and then he was the nicest person ever. He said something like, “We are all one. We are the same. We all have the same heart.” So I was really surprised at how deceiving everything can be. Even people you’re scared of at first can be very philosophical and almost hippy-like.

So even people who voted to leave were really open with you about that?
It depended. That gardener, for instance, was very open, whereas that older woman with the purple hair wasn’t. She just said something like, “Yes. I voted to leave,” in a very decisive way, like she was convincing both me and herself that it was right. All the people who voted to leave said it was because there are too many foreigners. Nobody said that it was because of politics or economics. But as I said, if you talked to people in Germany you would get the same kind of response. It’s not an exclusively English thing, which is also very important. I don’t know what would happen if they did it here or in Sweden. It might be the same result. 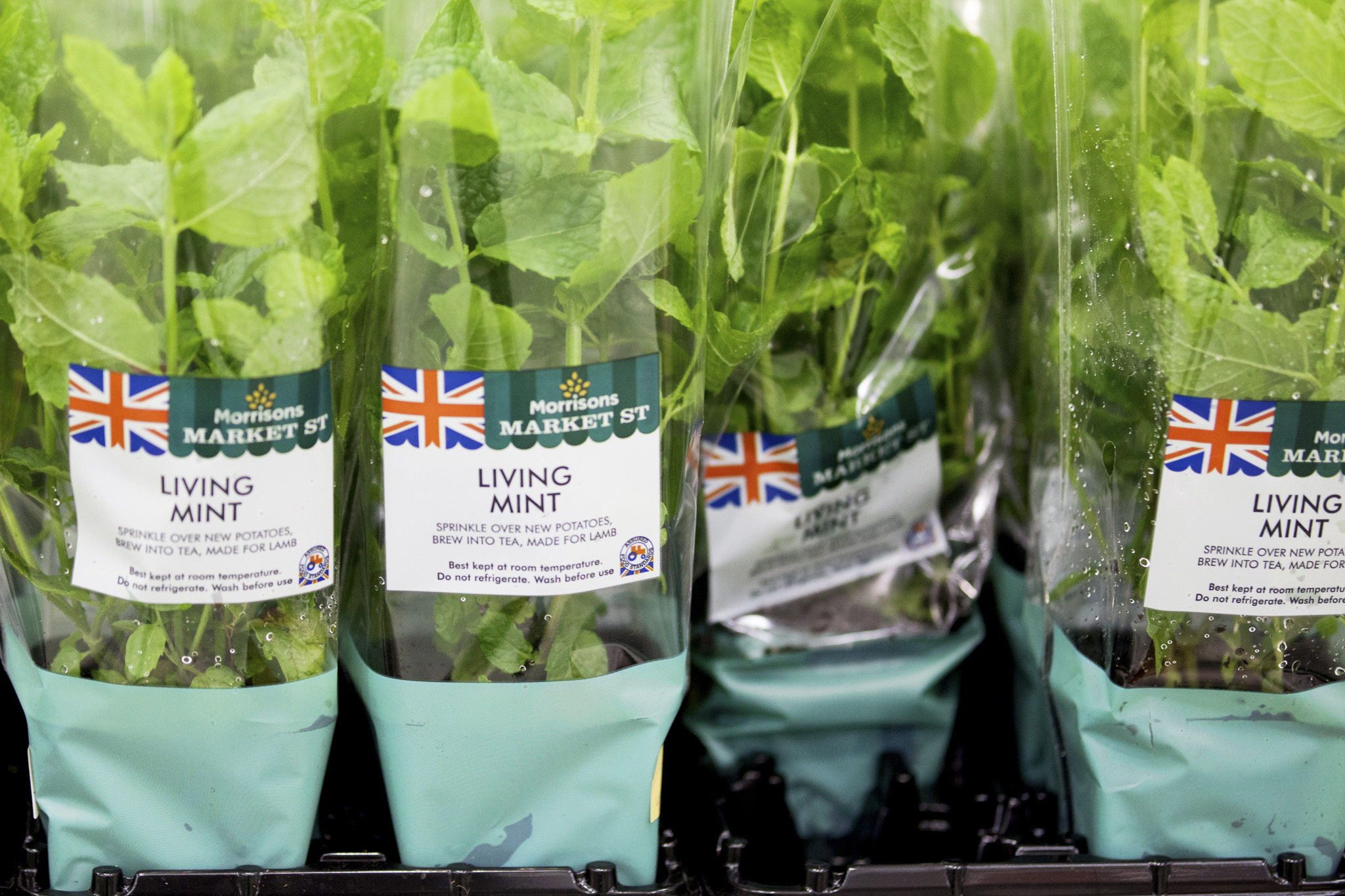 Yes, because it exposes these tensions that are there under the surface anyway.  For instance, the day after the vote, when Brexit won, hate crimes against immigrants went up.
Yeah! A friend of mine who was a social worker in Brighton moved away, back to Germany, because he got scared after the vote. Even somebody from Germany. I mean, I don’t want to know what it was like for people from Pakistan or India. That’s true, actually. I forgot about that. They damaged the corner shops and things like that.

Did you feel a change in attitude towards you as someone who didn’t grow up in England?
Actually, no. I think the people I talked to in Liverpool liked the fact that someone was interested in them, and therefore they liked my photographs. I like taking photos of normal people. I did a photo project in Russia where I took pictures of the working class people. I also did a project together with the University of Novi Sad in Serbia where we took photos of people working in the same profession in Novi Sad (Serbia), Berlin (Germany), and so on. The professions ranged from café worker to baker, but also included people whose professions were things like managers – so every class. That was a really nice experience that motivated me to keep doing that kind of project.

When we had an exhibition in the museum of Novi Sad in Serbia, the security guard came up to me. We had photos in the museum of everybody, even of the café worker, in high-resolution, large format photos. They really liked that, because normally it’s kings that are in that format. The guard came up to me and said, “I’ve been working in this museum for thirty years and finally there is an exhibition I like, because there are normal people being seen in the museum, like me.” Actually it was really touching, because you could tell how much it meant to him.

I guess that is part of the issue with the protest vote in the UK as well. People just wanted someone to listen to them…
Exactly. That’s why I felt like people were very friendly with me. I think it was actually an advantage that I was from a different country, because they were happy that people cared about them and how they felt at that moment. Those who voted to remain said they really liked my project because it gave them a voice. 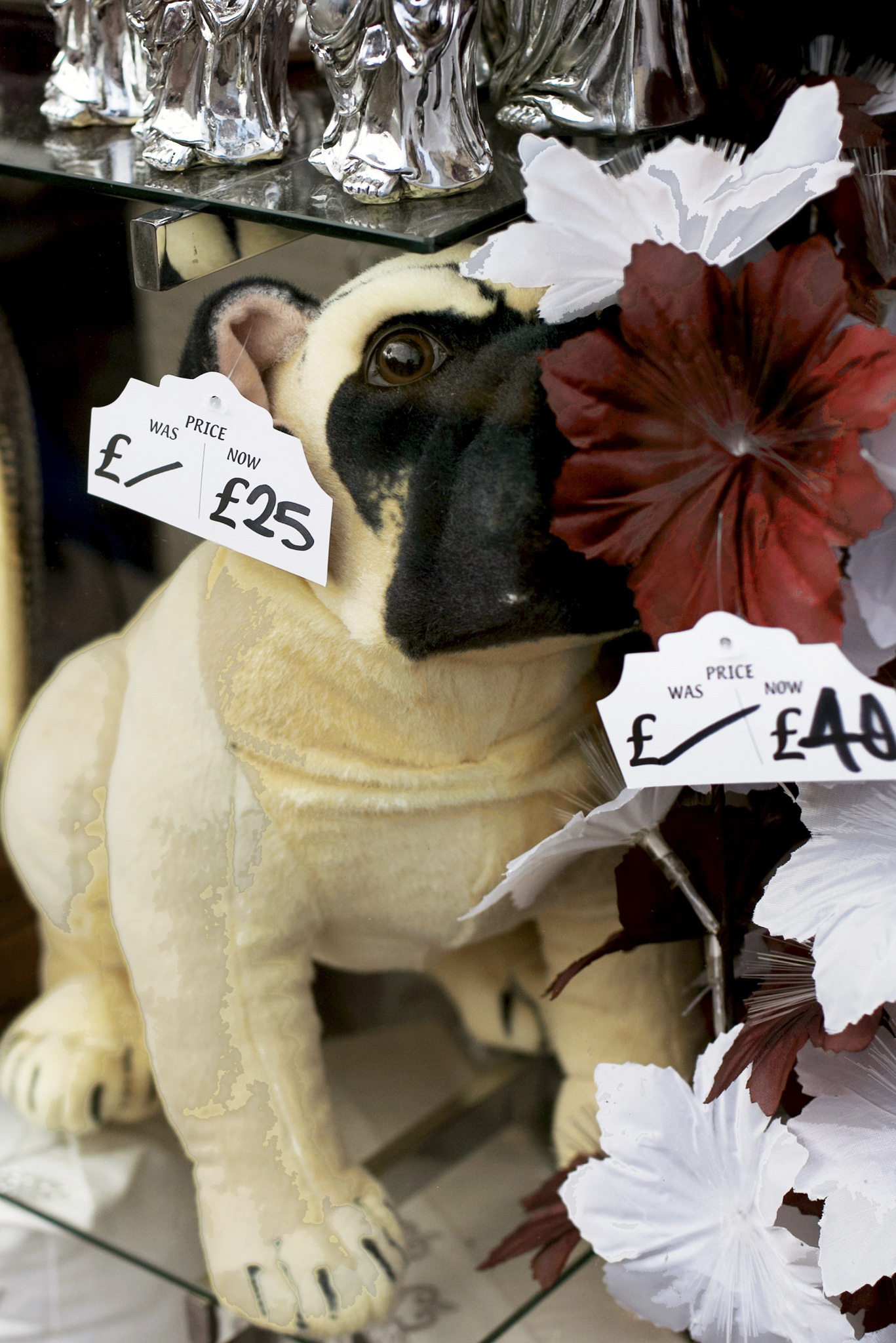 It’s becoming more and more important to have a dialogue, especially when there are these isolationist and segregationist tendencies.

So you spent time in England, but you’re also German and Croatian. It seems like you’ve experienced Europe both at its centre and on its fringe, physically and figuratively. What has your experience been like, and how do you see interrelations across Europe today?
Well, I’m very worried about Europe at the moment – this sort of re-nationalism. What I think is really worrying is that all of this is enhanced due to borders closing because of corona. Even within Germany now, people from Berlin are not allowed to travel to other parts of Germany. It started with Brexit, then corona internationally, and now even within Germany. I mean, it makes sense because of corona, but the thought of judging or separating people because of where they come from. I’m forty years old and I haven’t seen this ever before. I’m really worried about Europe.

I’m also doing a project within Siberia and in Germany about the migration of artefacts, working together with students also from the university and the DAAD lecturer in Siberia. We are looking for objects that travelled from Russia to Germany, and vice versa, while trying to trace back their roots.The focus is on the German minority that live there. It highlights how it’s the wrong strategy to stop engaging with countries like America and Russia just because you don’t approve of what’s going on there.

Especially now, these transcultural projects have never been more important, and I think there should be a lot more funding for them, especially between EU and non-EU countries. I’m also promoting the cooperation between German and English artists. It’s becoming more and more important to have a dialogue, especially when there are these isolationist and segregationist tendencies. I haven’t been to England in two years, and then I came up and was like, ‘“What the hell is going on?” Even in Sainsburys there are all these boxes, on the potatoes and the carrots, with Union Jacks. And when we had that english breakfast the milk bottles all said “Buy British Milk.” It was unbelievable. 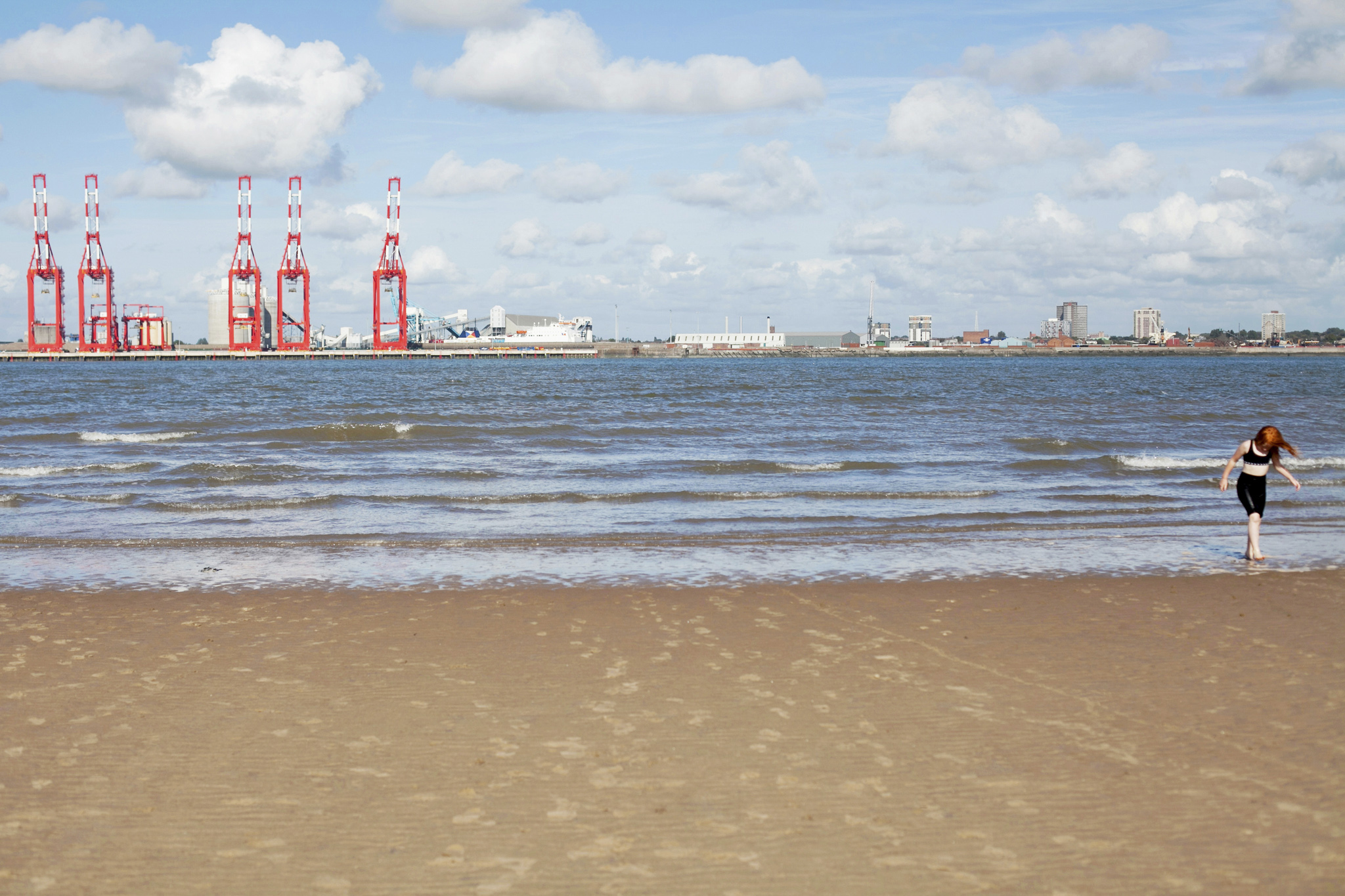 So you feel that if you disagree with the policies of a country that’s actually a reason to go?
Yes, because it feels unproductive to say, “Oh, I’m not going to travel there anymore.” Definitely when there’s censored media, it’s even more important to connect to the people of a country directly. To have an exchange and to form your own picture, and not to just believe what you see in the news or [subscribe to] the image a country’s government wants to produce. 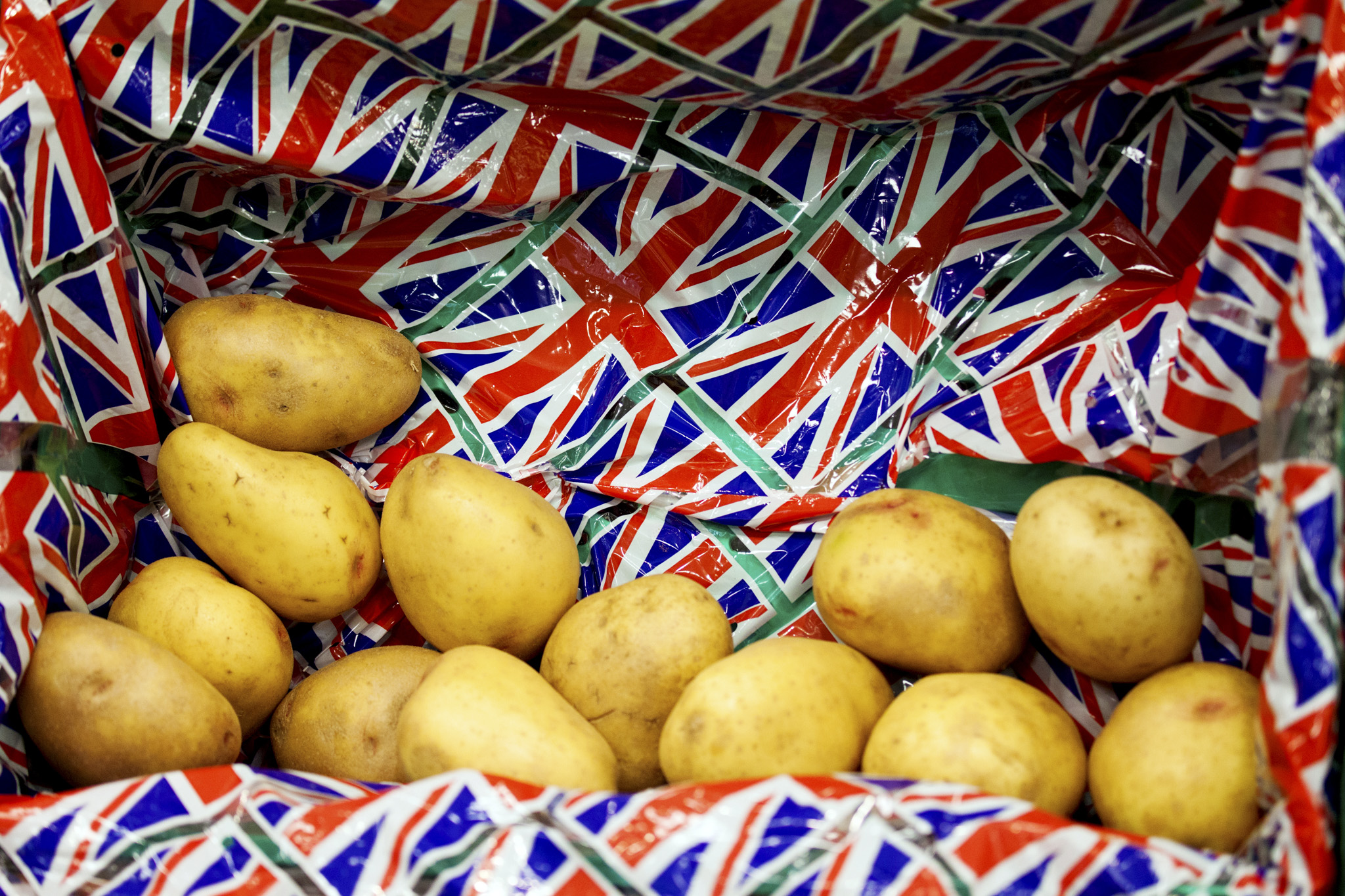