From Belfast To Berlin 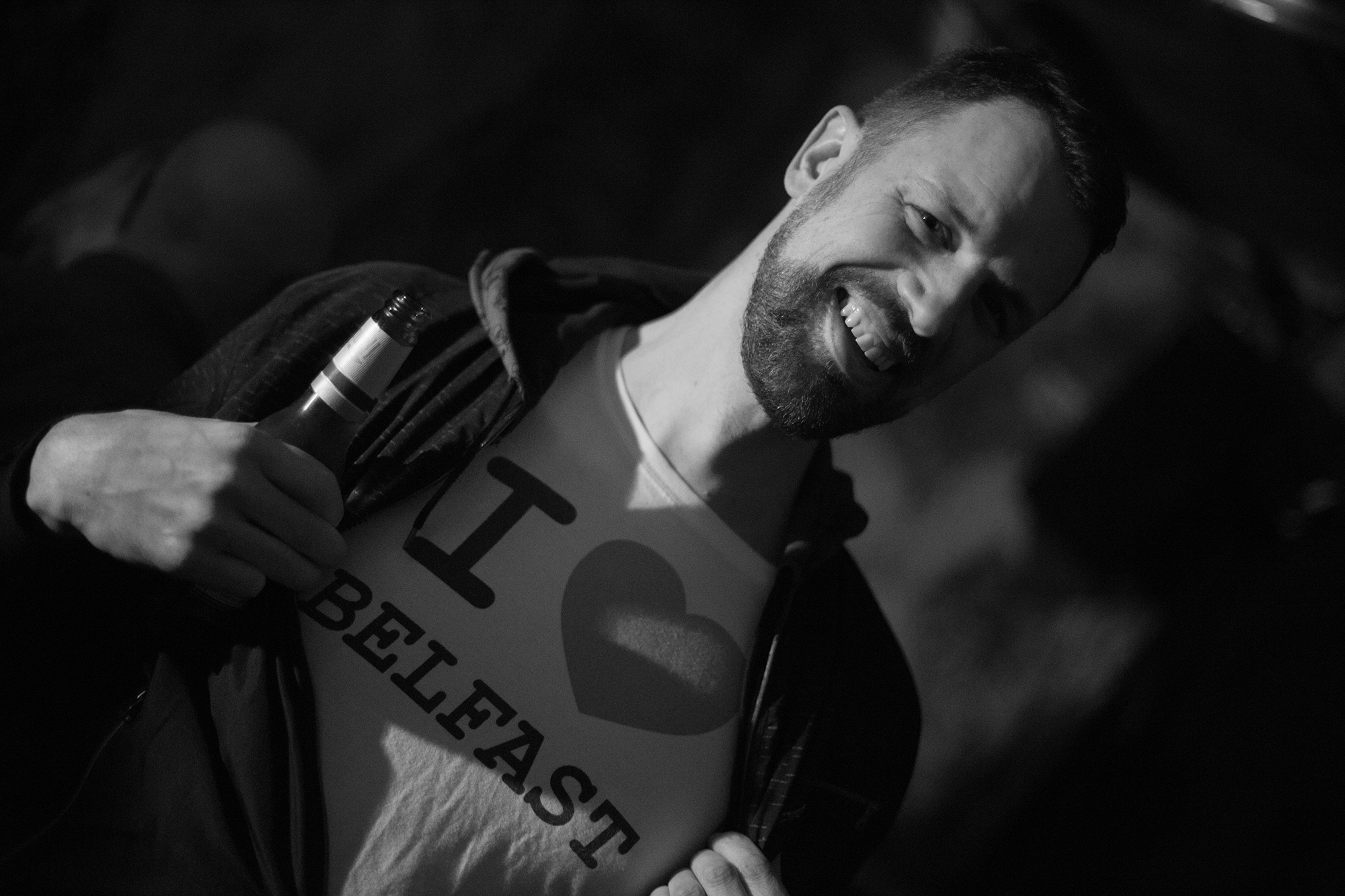 To mark five years of their Scratch talent development programme, Belfast’s Oh Yeah Centre, supported by the Arts Council of Northern Ireland and in association with LOLA, brought four bands to Berlin for a special showcase. The location was Neukölln’s cosy underground den of grime and charm – Loophole. Its rough-and-ready atmosphere provided the perfect backdrop to a night that spanned indie, post-rock, off-pop and much more.

Why such a relationship between Belfast and Berlin is important to the organisers requires little examination. Both cities have found salvation – even a mythology of sorts – in music despite a clinging patina of violence. In the shadows of the walls that split each city, movements were born and stories were pressed into diamond-hard legends by all that fire and weight. 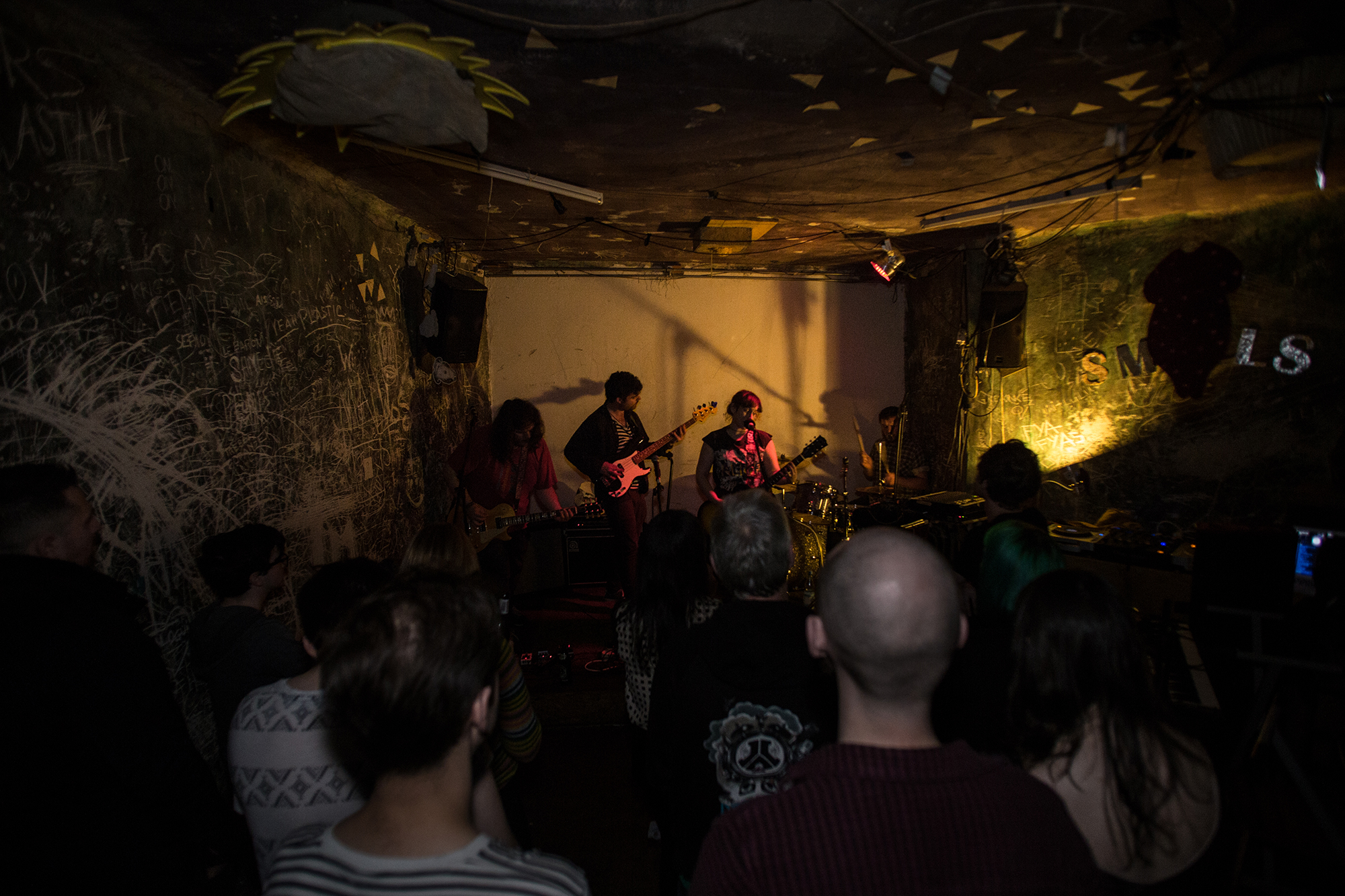 Berlin has Bowie spinning doughnuts in an underground car park while Iggy Pop sits laughing in the passenger seat, but the vault of Belfast music history has folklore of its own. Courtney Love buying Kurt Cobain’s famous Dennis the Menace jumper from a punter at a Nirvana gig for £35; John Peel playing The Undertones back to back on the BBC; Led Zeppelin debuting Stairway at the Ulster Hall; The rumoured Joe Strummer arrest at the Europa Hotel.

Four-piece Vokxen opened the night in style, with punchy melodies and sweet harmonies. Sister Ghost cranked the volume up a notch, with frontwoman Shannon O’Neill channeling the spirit of Siouxsie Sioux to full effect, and then R51 almost got the whole gig shut down for being loud enough to melt faces. The police were called for a noise complaint, inspiring guitarist Jonny Woods to scream a classic Northern Irish colloquialism: ‘Fuck the peelers!’ They went on to play three more songs, valiantly refusing to hold back on the volume. Finishing their set with ‘Pillow Talk’, it ripped through the room, plastering grins on to every face. 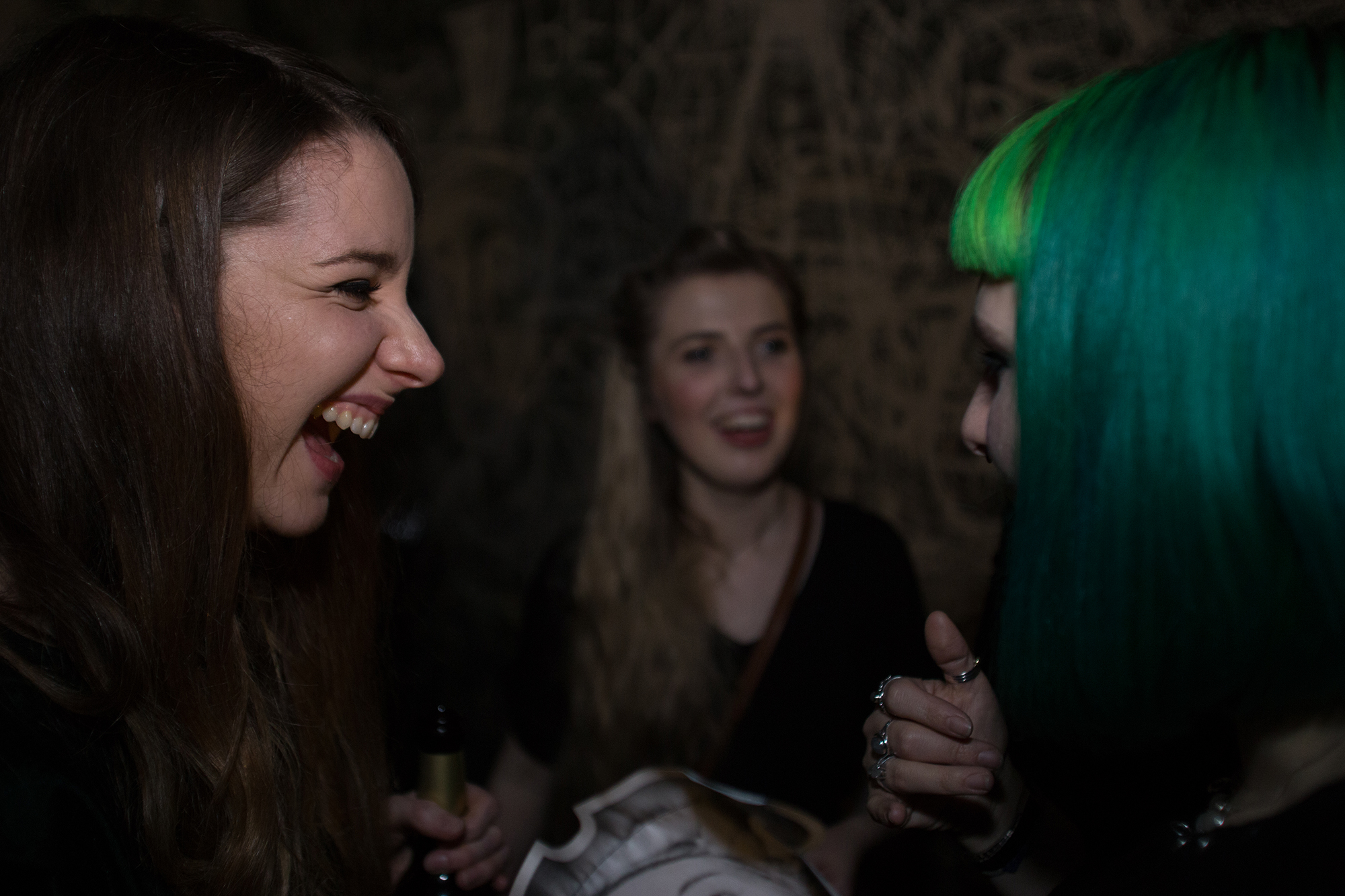 Myth-making was in the air, and the story of the police shut-down and R51’s stiff-lipped response was born. It gathered size and momentum, was exported back home by Facebook, over pints, across the Sunday dinner table. After such a raucous display, you might have thought that a delicate piano-based solo performance would mute the energy in the room, but it added an electricity all of its own. This was Katharine Phillipa’s first international gig, and it left the audience spellbound. Textured and intense, her set drew the crowd closer, and seemed to confirm the familial, defiant spirit of the evening.

Belfast to Berlin spoke to something in both cities, each rich in subculture and bombed-out beautiful. Punk, charm, smiles, danger, it gave stories the bands took home like slivers of rock chipped from a holy totem. Joe Strummer said, “If Punk was hard, Ulster was harder.” For one November night, Berlin shone a light on Belfast’s carbon hardness and it sparked.

Here are some of our favourite shots from the night. For more information on the Scratch programme, visit the Oh Yeah website. 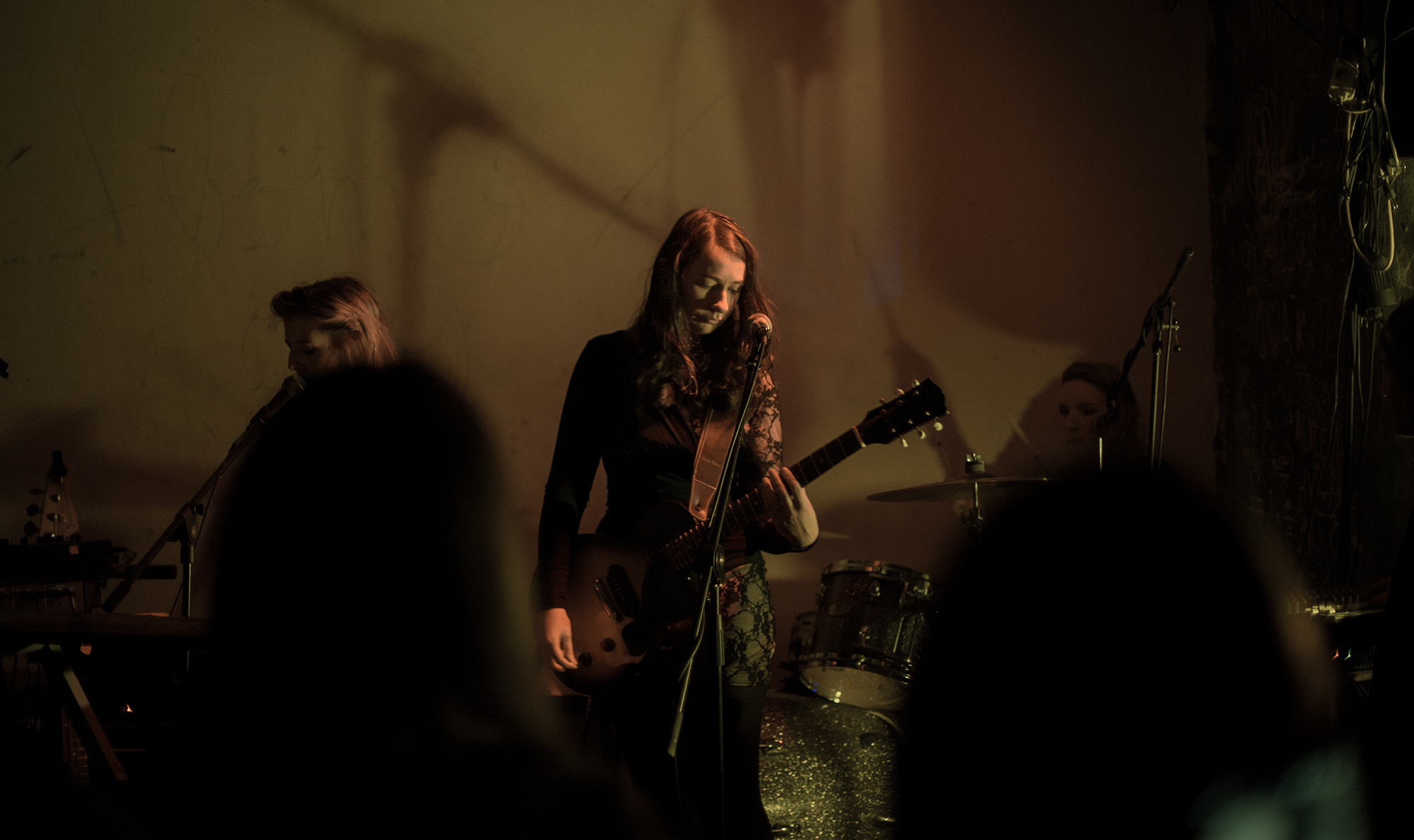 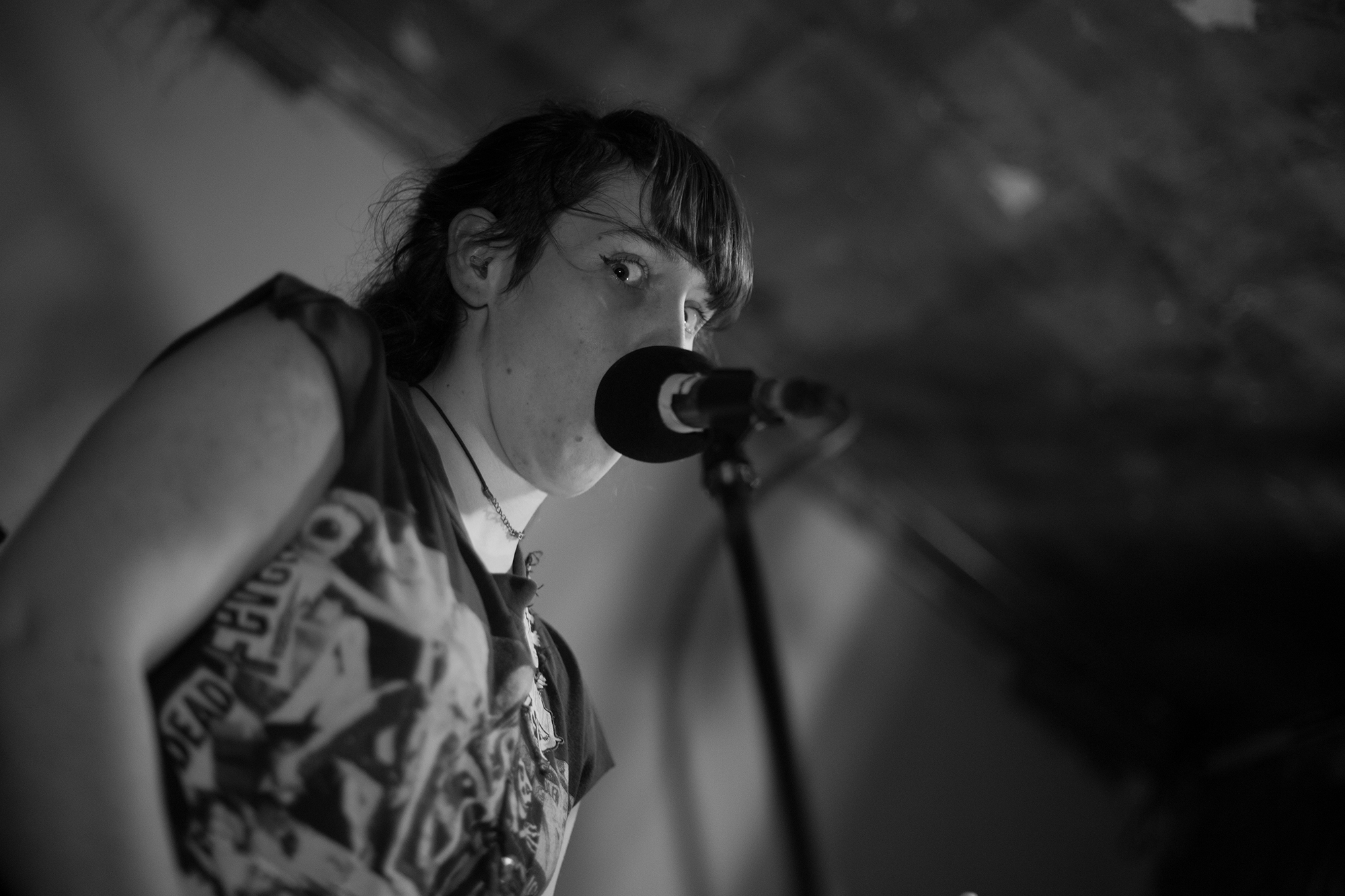 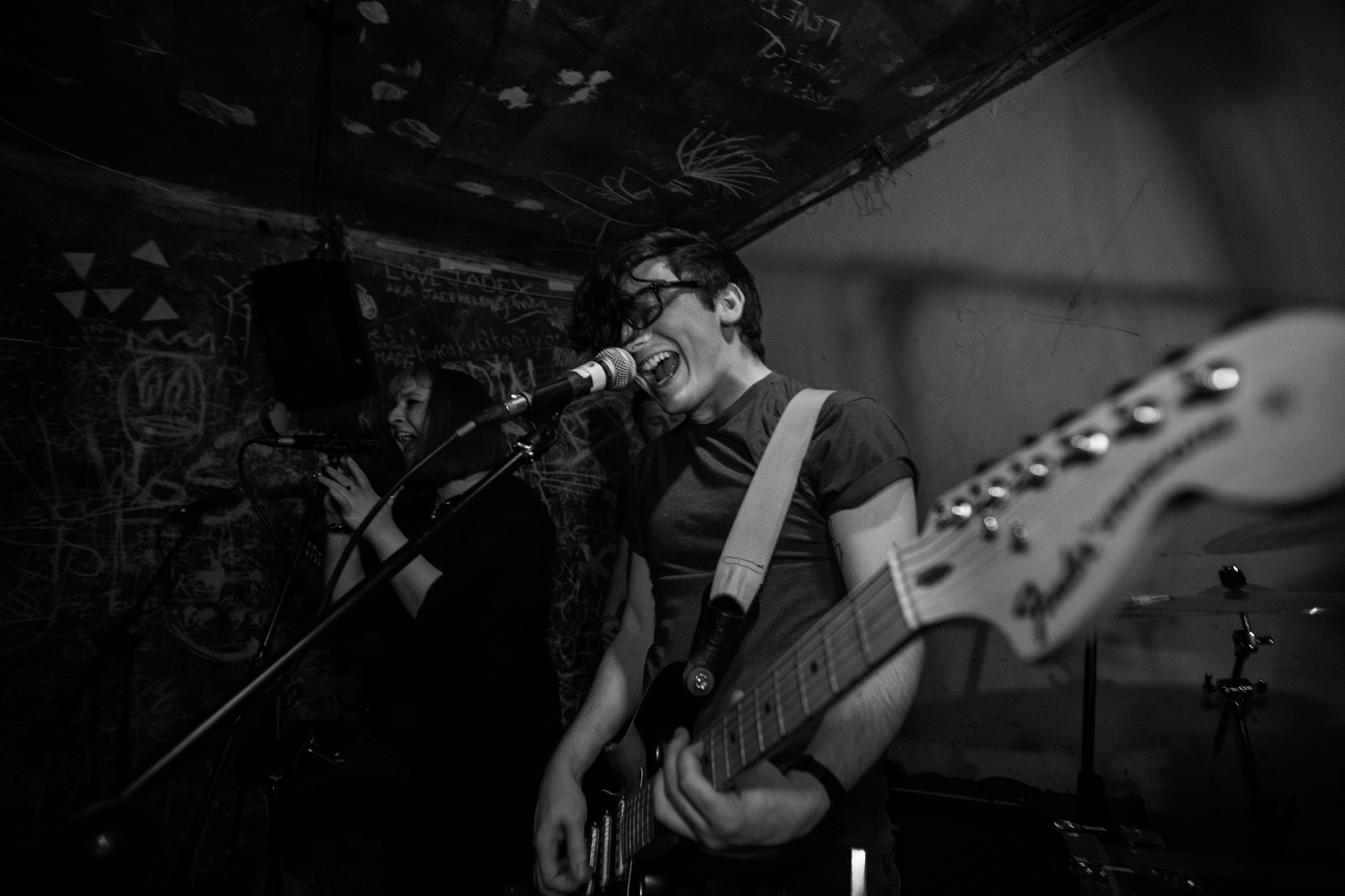 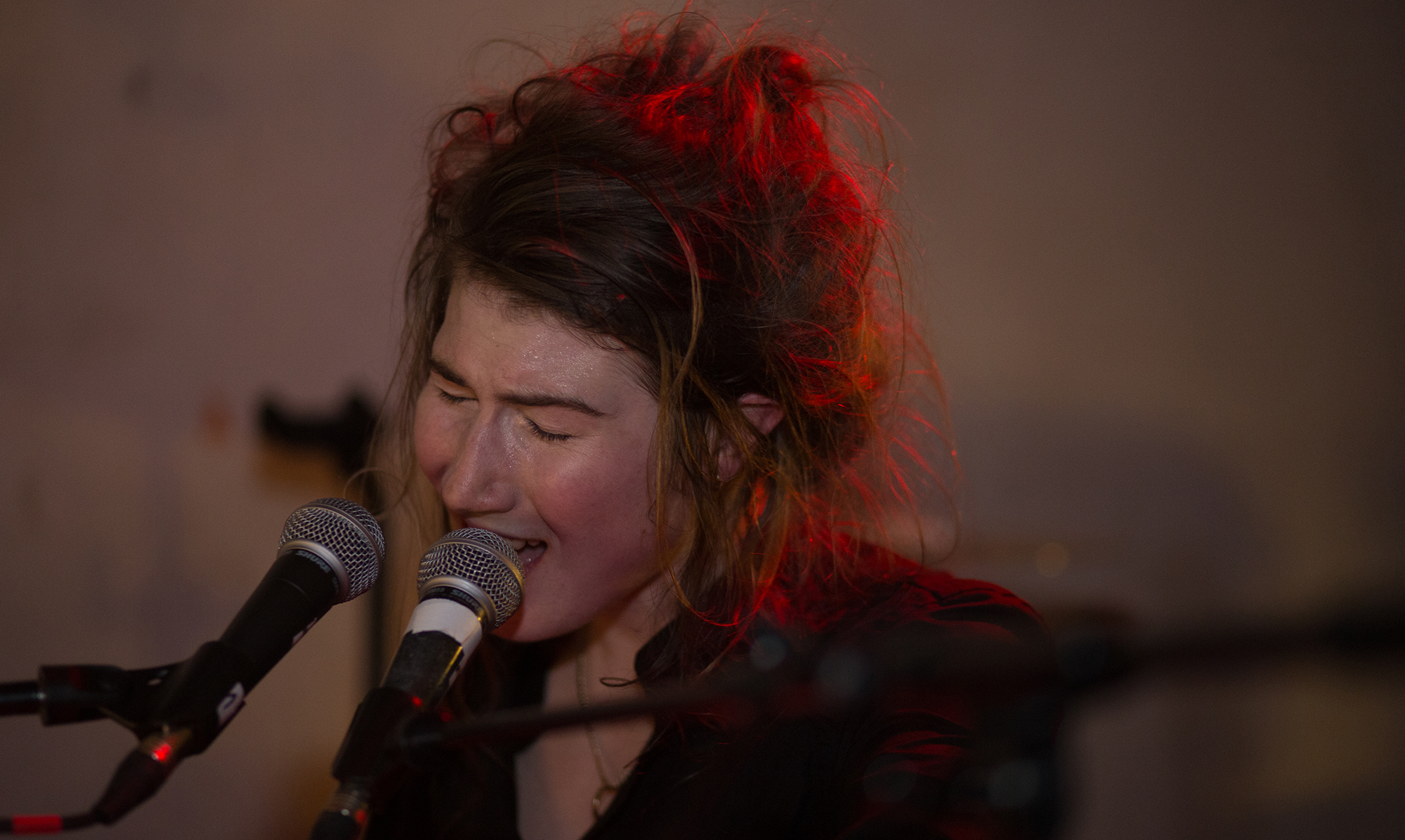 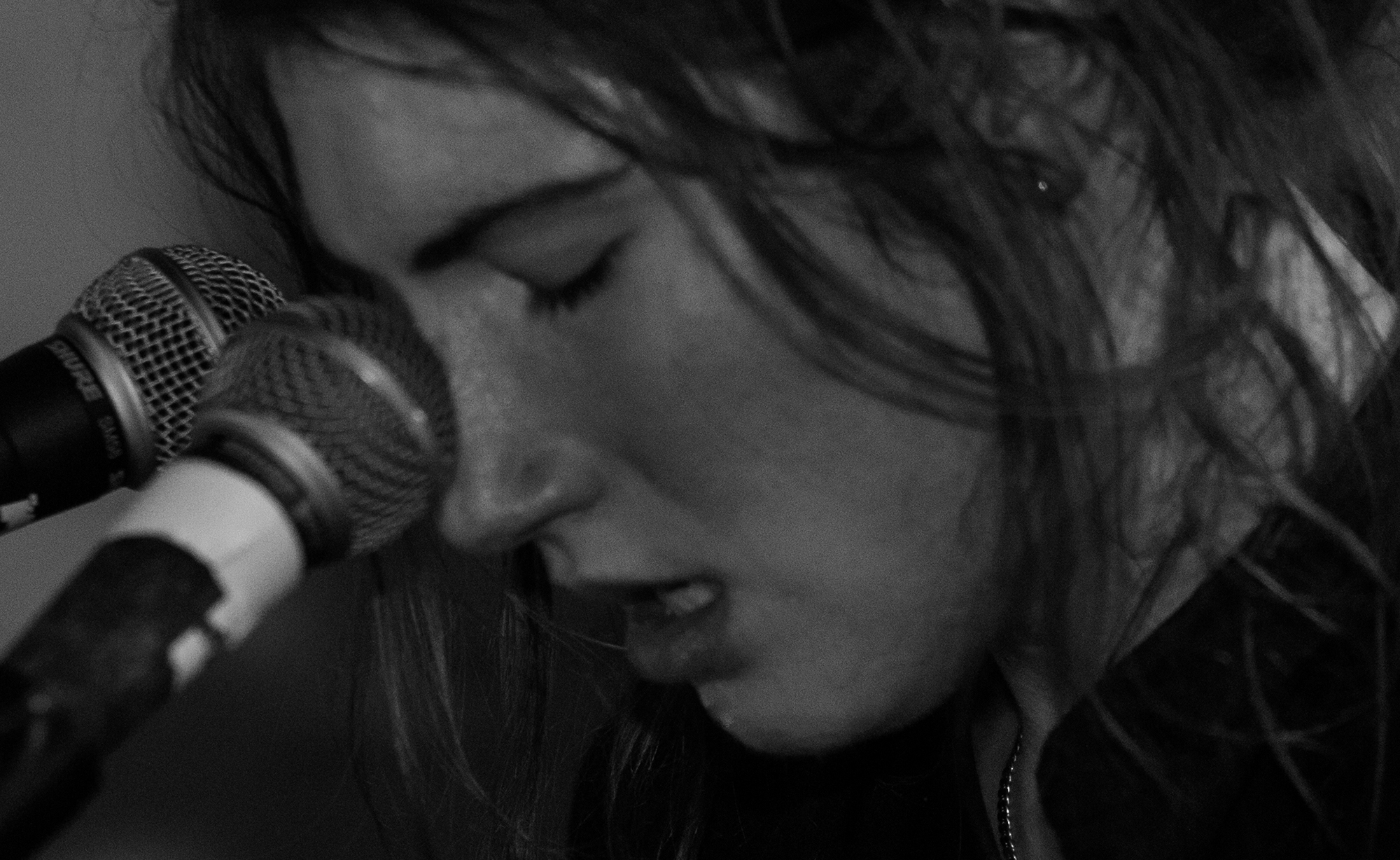 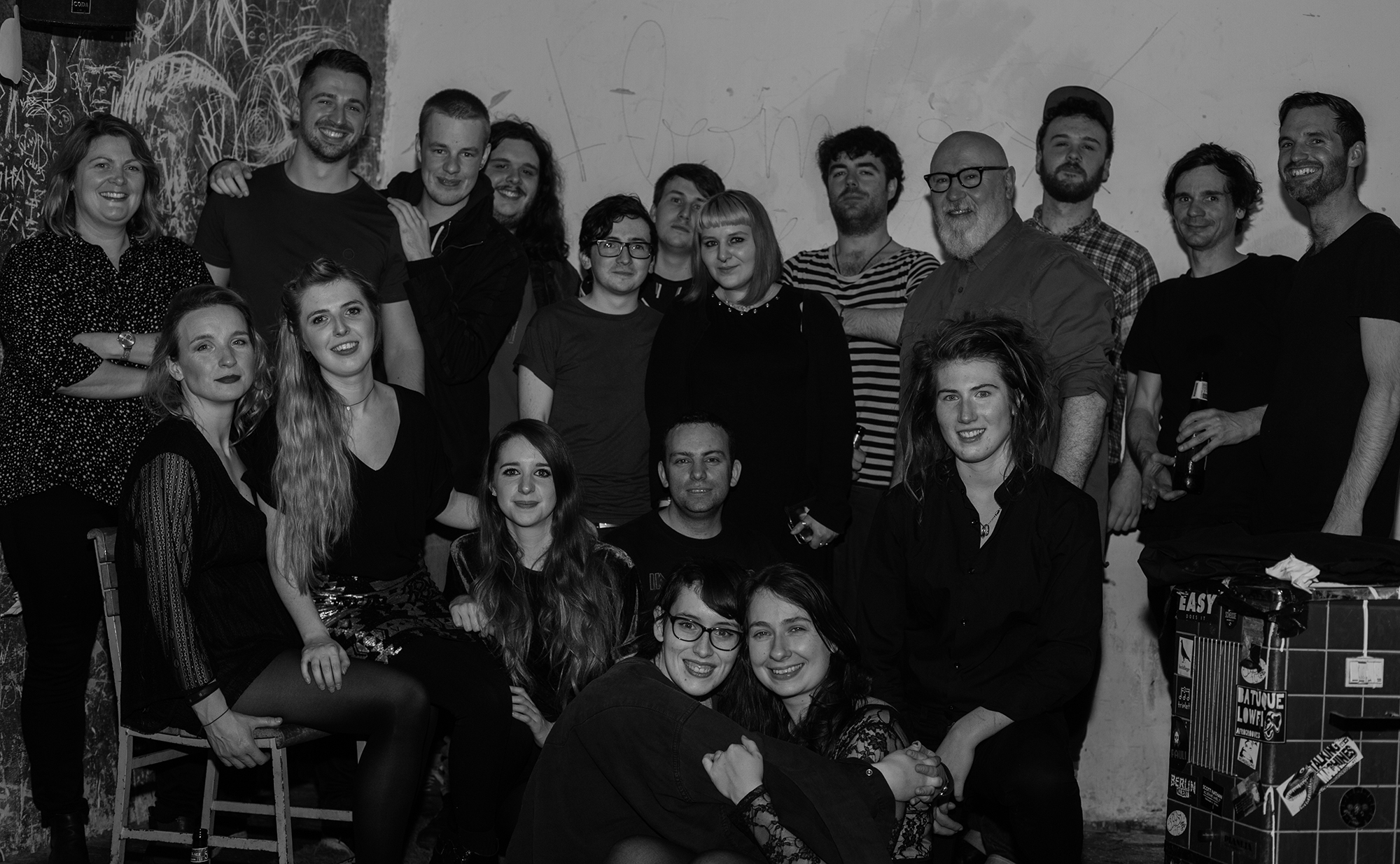