Colour in The Clear Morning Light

Gergana Petrova on shooting the uniquely poetic Berlin 05am Most of us will have some experience of Berlin at dawn. The streets given over to speeding taxis, that particular chill of the early morning, the smell of old kebab meat, and in complete juxtaposition, the relentlessly charming birdsong. In her latest series, Berlin-based photographer Gergana Petrova has captured the unique poetry of the city at this time, in it’s blurry and gently hued beauty.

This young talent has published previously for Vice, eyewear label PAWAKA, and was assistant to photography legend Nan Goldin. Here, ahead of her exhibition opening, Gergana reveals more about the process of making her new series. From sneaking her camera into clubs to running from creeps in the forest, it seems these peaceful photographs have surprising origins. How would you describe your style of photography? I always go for the feeling. I don’t care if something is blurred or out of focus, it’s most important to me to communicate something I felt at the time. My background is in abstract painting so I am very happy when my pictures almost look like such. But style is ephemeral. This is who I or you are now, but as we constantly change and learn, our criteria shifts. I am not afraid of this, it could just lead to something else in the future that would be equally valuable.

What was your inspiration for the Berlin 05am series? It was just a consequence, because the weather conditions in Berlin are often bad, there is rarely any good light. I thought it’s very boring for photos, and I hardly felt like doing any, but subtle lights emerge at night; faces, emotions, the line of light between night and day is always spectacular. I did what most newcomers do: I spent a lot of time out, and this is when most things are happening in this city. At certain point I was going through some really bad time, not having fun at all, so taking pictures was the only meaningful thing I could do to keep it together. It was not inspiring at all, to go around with the bike in cold, dark February mornings. 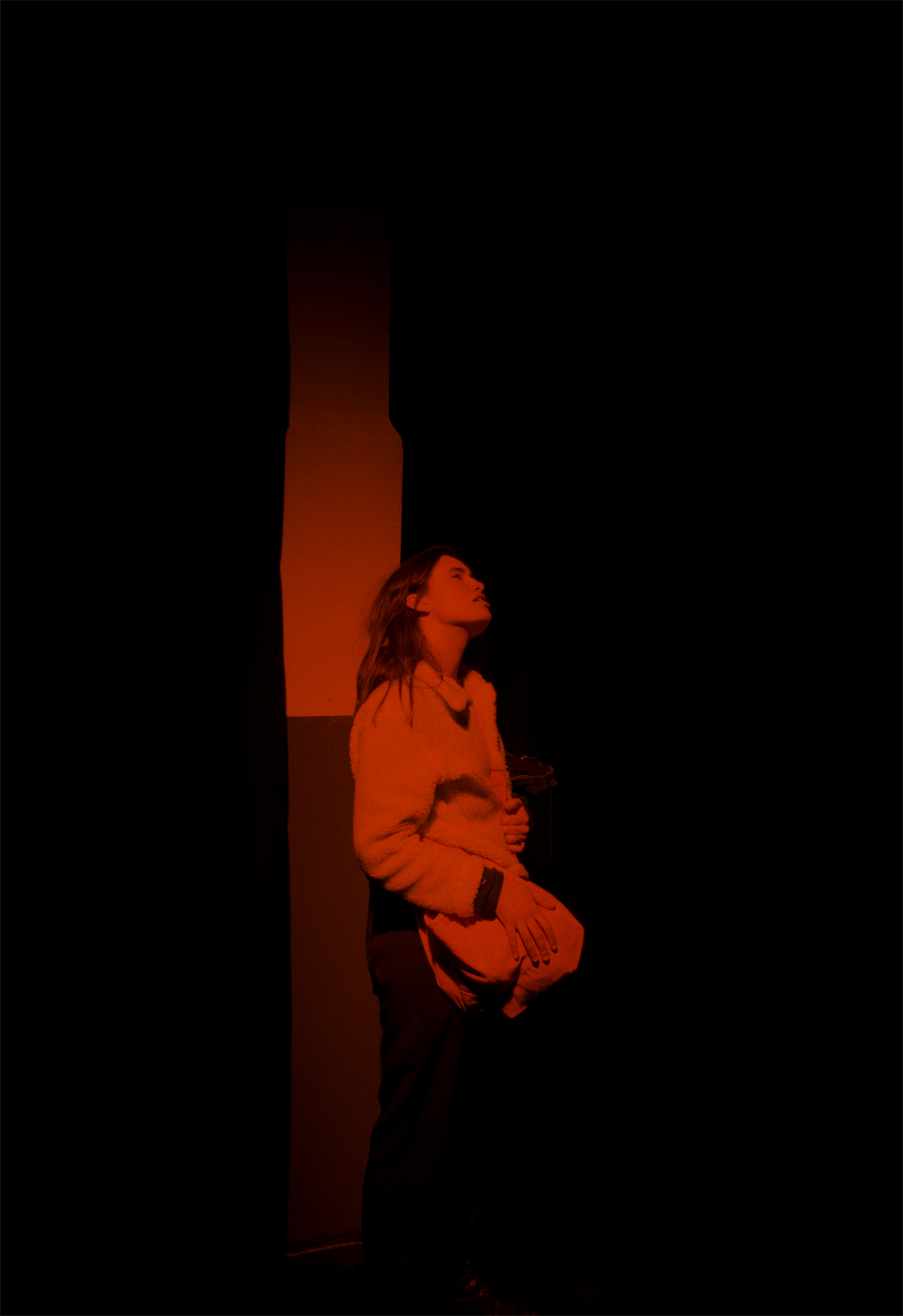 What is it about that time of day that you feel is special? To see the city stripped from its purpose is quite special to me. To see it pure. There is hardly anyone out there around that hour – no cars, no movement. I’m a loner, so this is also the time I mostly feel at peace, when there is no one around. Even at a party, you can be very much on your own. This is the time when the city is mine and only mine.

How did you choose the locations for the shoots? Are there any that have a special meaning for you? Mostly it has been my neighborhood. There are some places that I liked and went to, but I usually let my real experiences take me places. I always have my camera with me and hide it if I go inside clubs (feeling like a criminal). The dark blue picture is very special for me because it was a fun night I had at a hacienda in Grünau with my best friend. We got chased by the security, but managed to sneak in through the backyard of the neighboring posh house, went through field of wet stinging nettles, climbed the fence and in. 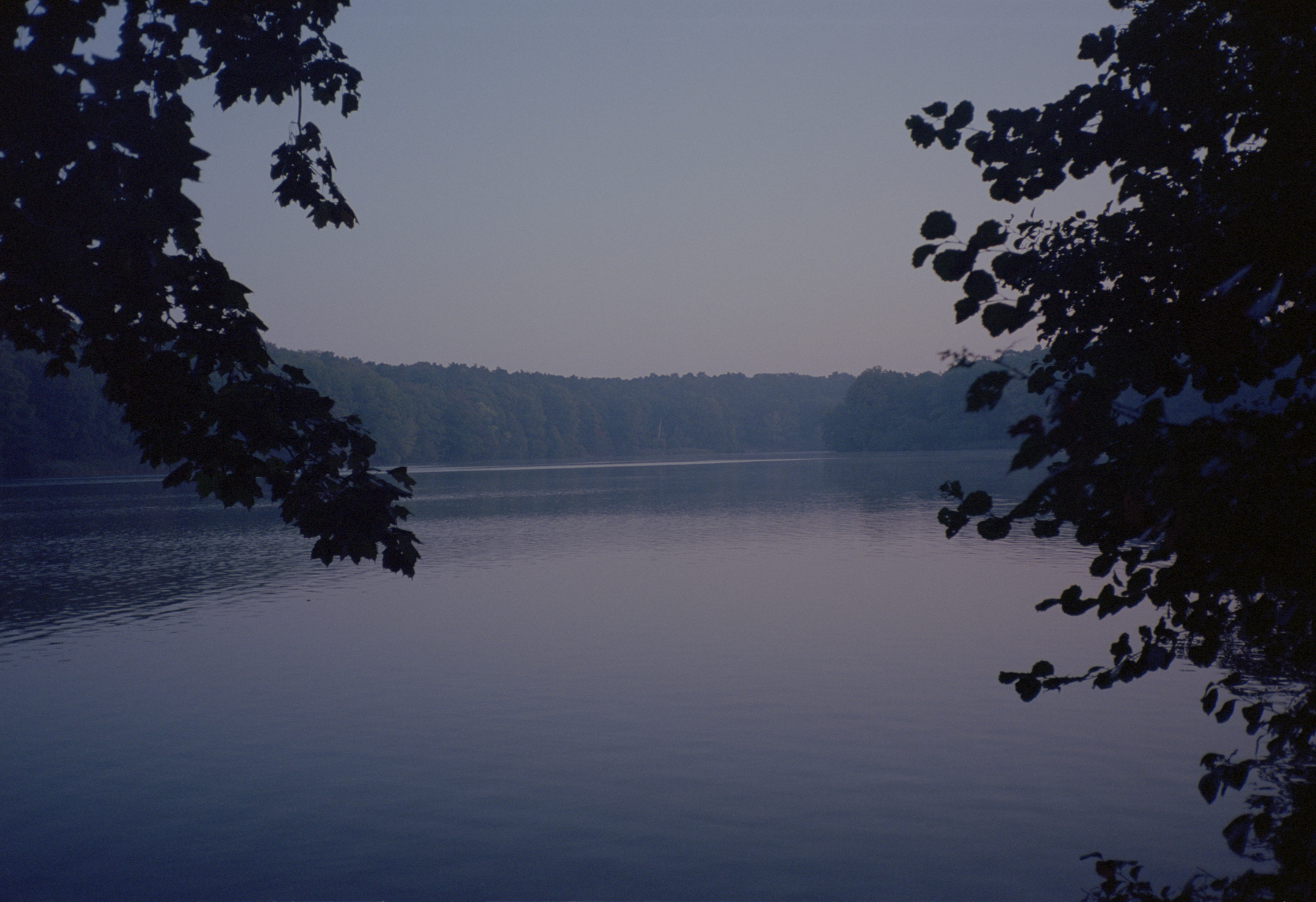 It was exactly 05am when we got there and I saw the light coming. Some people were bathing in this blue velvet water rippling in slow motion. Then someone gave us blue dolphin (my first one ever) and this is when I left the party, and went around the forest to take pictures. It is one of those silly nights that you never forget. But this blue picture defined the series and I love it very much.

When you were out taking photos for the series, was there anything in particular you were looking to capture? Most often I was looking for light. The only chance to see colour in this city is early in the morning when the sky is still clear, there is a stripe of plum and rose tones peeping behind the buildings. Then it all fades to grey, ruined by the hustle of the day. 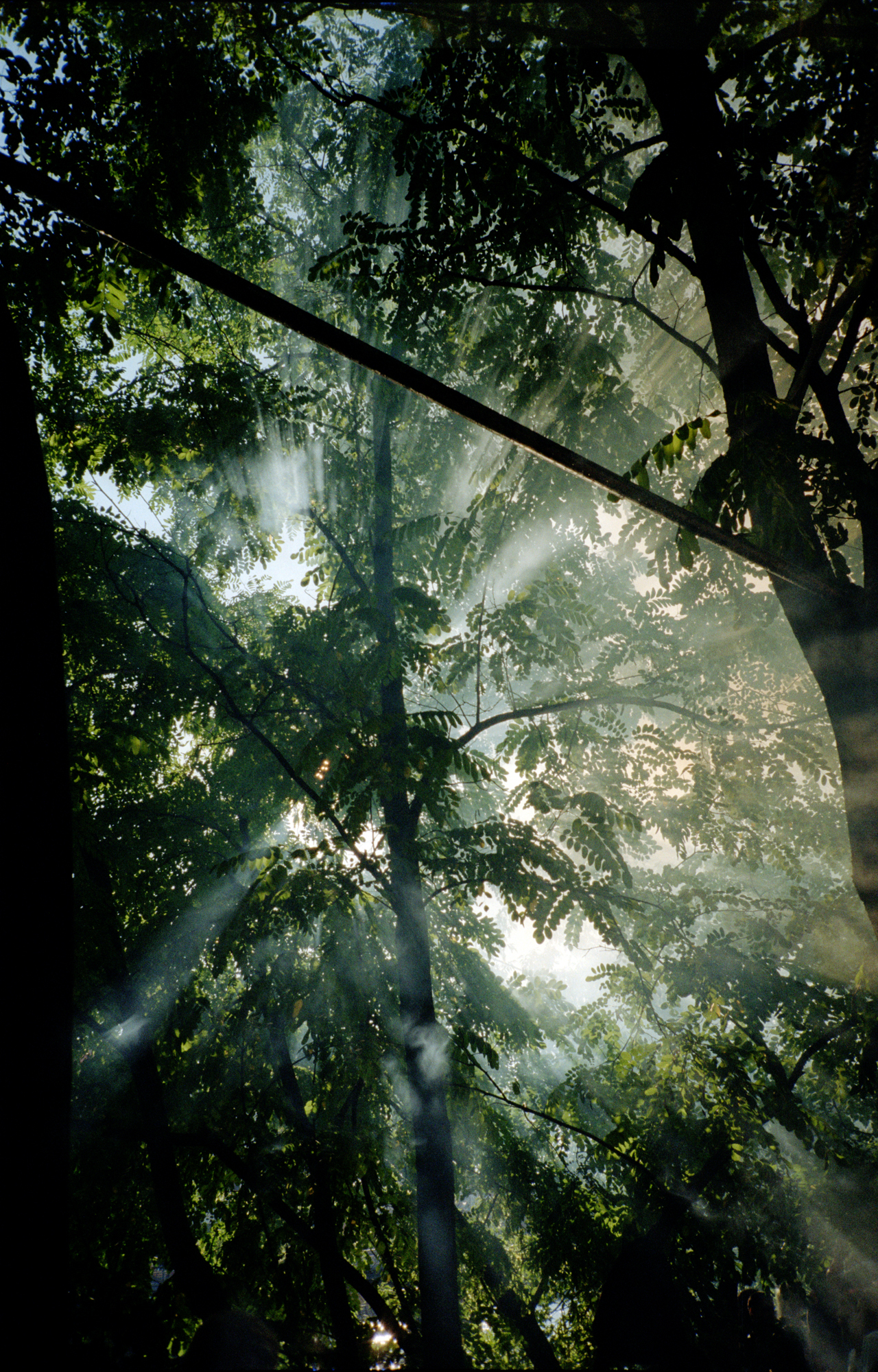 How often did you wake up early for the shoots, and how often were you still awake from the night before? [Laughs] Well it’s hard to say. I guess it’s 50:50. I rarely go out to party anymore, so lately has been sober picturing.

Do you feel there is a big difference between shooting the locations in the day and shooting them before dawn? Yes, for example if you go to Schlachtensee during the day on a weekend it is horrible. Nothing would make me feel the scenery is beautiful. It is quite possible I am anthropophobic, but even without the human element. The tones of light in those short 20-30 minutes are so diverse, and change so quickly, every minute you turn around it is a different scenery. It is impressionism.

Did you meet anyone when you were out taking these photographs? Mostly creeps and drunks that I avoided. One guy chased me in a forest. All ended good luckily, I met two people with a dog that helped me. That’s why I am learning some martial arts now, I hope it could be helpful. 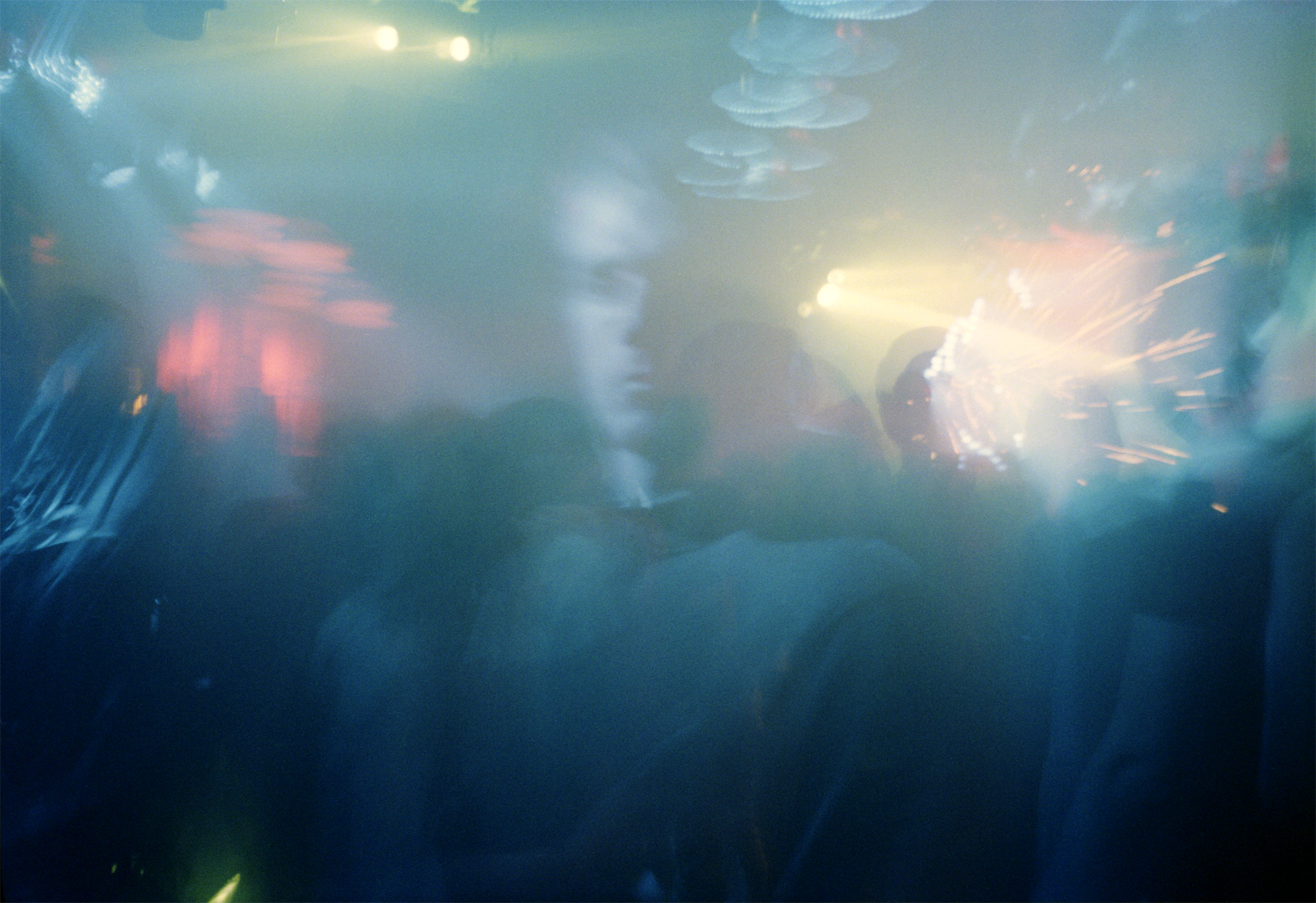 Did anything interesting or surprising happen to you when you were out shooting? It is surprising and sad how paranoid and mean people can be. I often need to hide taking pictures, because it is “not allowed”. One guy called the police and demanded I destroy the whole stripe of film because I took a picture of him. People threatened to call security guys, or beat me up. Everybody should just relax a little.

Did anything surprise you about exploring the city so early in the mornings? Every time it surprises me that if you go out with the intention to take pictures there is always something you will find. It is quite inspiring, the feeling that you always have it in yourself, this ability to see and create something beautiful if you decide to. It is like meditation, the sweet spot you can always reach for and know it is always there for you, everywhere you go.

What other projects are you working on right now? Right now I am preparing for a big project in China. I got involved with climate change and I’m interested about clean energy. I went to Greifswald and Boston to photograph fusion reactors and proton accelerators. Talking about style, this would be quite different. It is cool to be enjoying Berlin, reflecting on oneself, but it’s scary that a lot of people still decline that climate change is real. I now feel everybody should push to deal with the problem with anything they can.

I am also going to make a Beijing 05am edition, so stay tuned.

The Berlin: 05am exhibition will be open 12-7pm Friday 12th, Saturday 13th and Sunday 14th August 2016 in a pop up gallery space at Schlesische Straße 38A. See more of Gergana’s work on her website and Instagram. 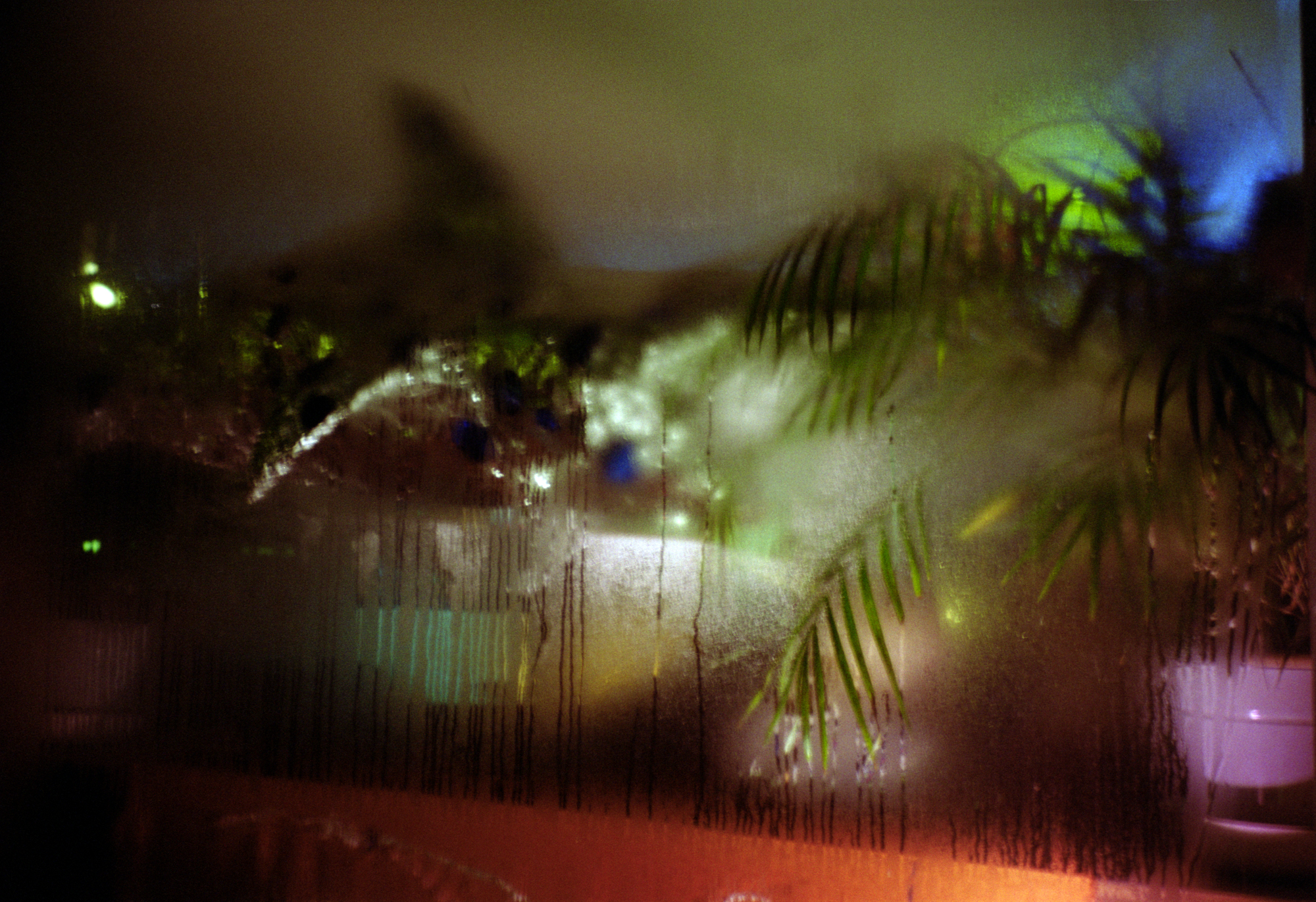