The photography collective founders on the importance of community 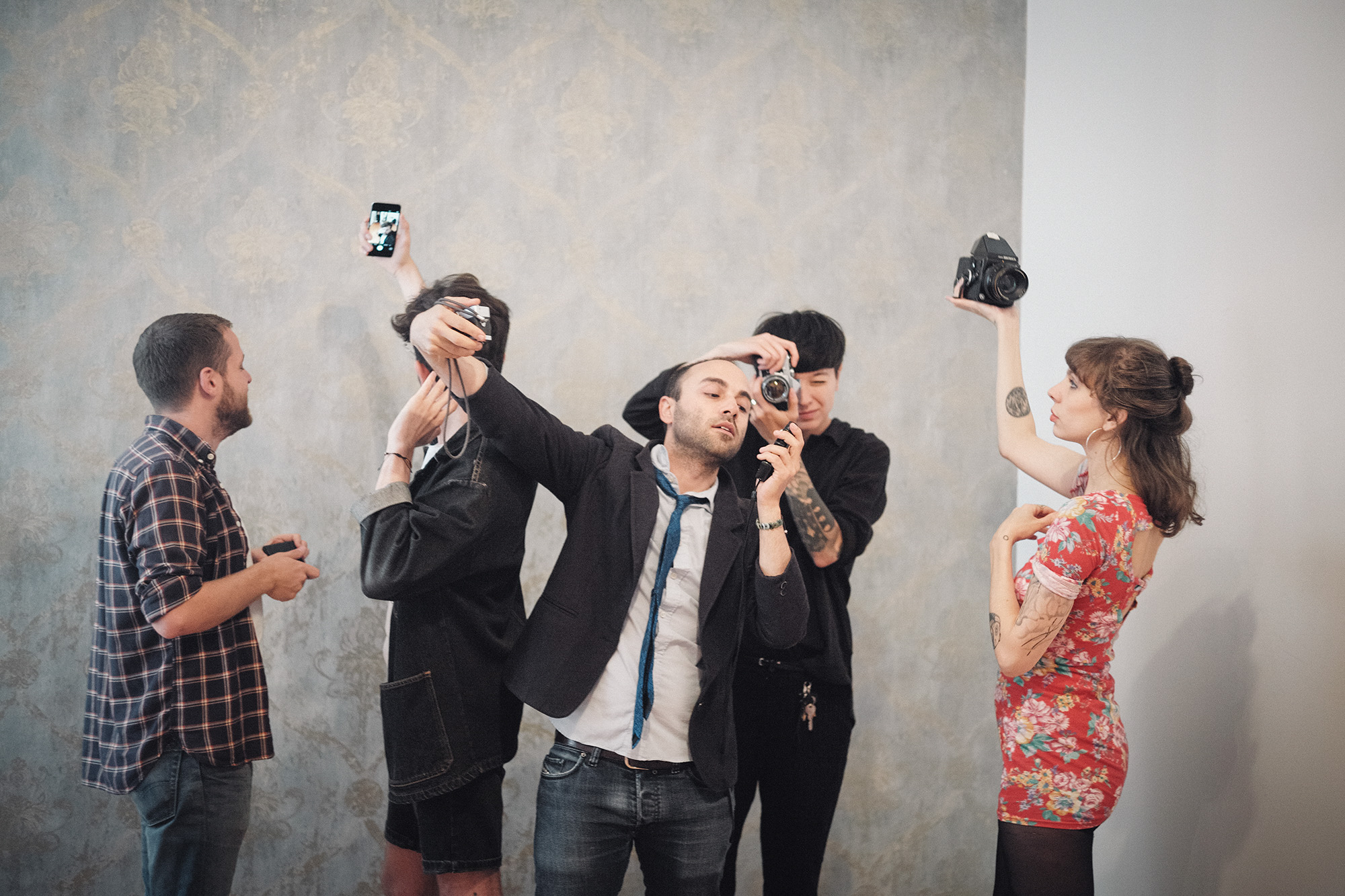 Despite the art form’s prevalence and sense of community on Instagram and other platforms, serious photography is often viewed as a solitary activity. However, photographers Stephanie Ballentine and Zack Helwa realised long ago that their practices were contingent on community.

Not just for resources, facilities, or even their subjects, but because to the extent that art is a solitary journey, it relies just as heavily on an audience and a supportive group of peers.

FotoKlub Kollektiv sprung from this desire to support and be supported by photographers in Berlin. It hinges on the idea of community, offering shared print facilities, a weekly critique group, and an artist residency. They also have a gallery where they feature monthly shows, running the gamut from stylised curated landscapes to experimental performances. We talked to Zack and Stephanie about the origins of the F.K. Kollektiv and the importance of community for artists in Berlin. 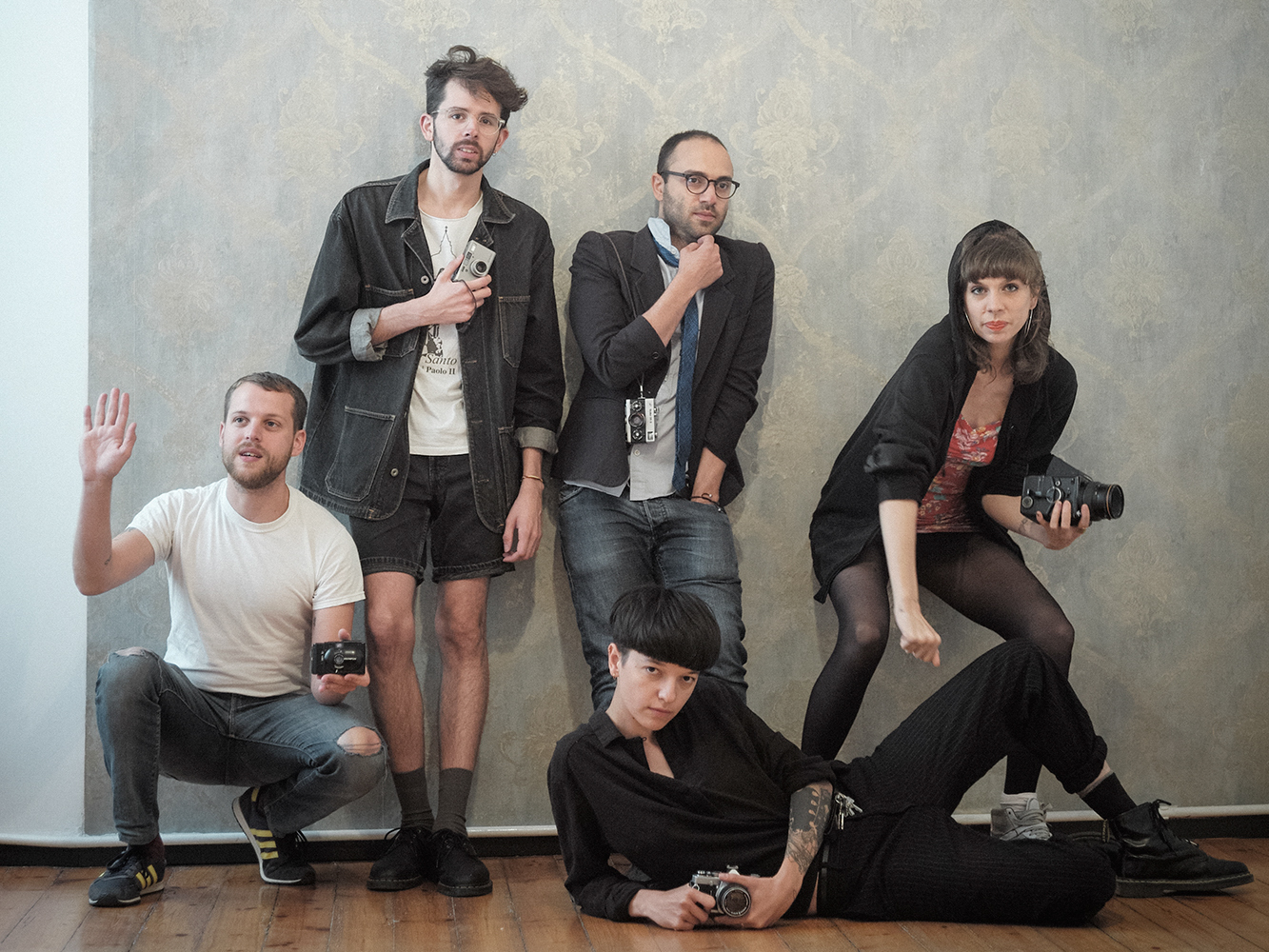 How did you discover your shared love of photography?
Zack: The first time Stephanie came to our former photo club weekly meetings we got very excited about helping each other with printing our portfolios and working on projects together.
Stephanie: Zack also studied photography, so that was our first connection. Also, like me, he had branched out to experiment with different art forms during his degree, so we already had a different perspective on our photographic practices than some die-hard photographers.

How did the idea for F.K. Kollektiv come about?
Zack: When I finished my studies at the School of Visual Arts in New York, I remember feeling the lack of this collective critique of our work. During my first month here I moved into a WG that had a lot of space and a studio on the first floor, and I decided that I wanted to start having weekly crit sessions. I was far removed from working in photography at the time and had been mostly into sculpture, performance and video installations, but I knew that I could revive my passion for photography with just the basic necessities for art: facilities, a group for discussion, and some space to show it.

It was all meant to be very small scale. I remember we were so excited to be able to afford a small flatbed scanner to develop our film after our first collective show. I would never have expected to take it this far. 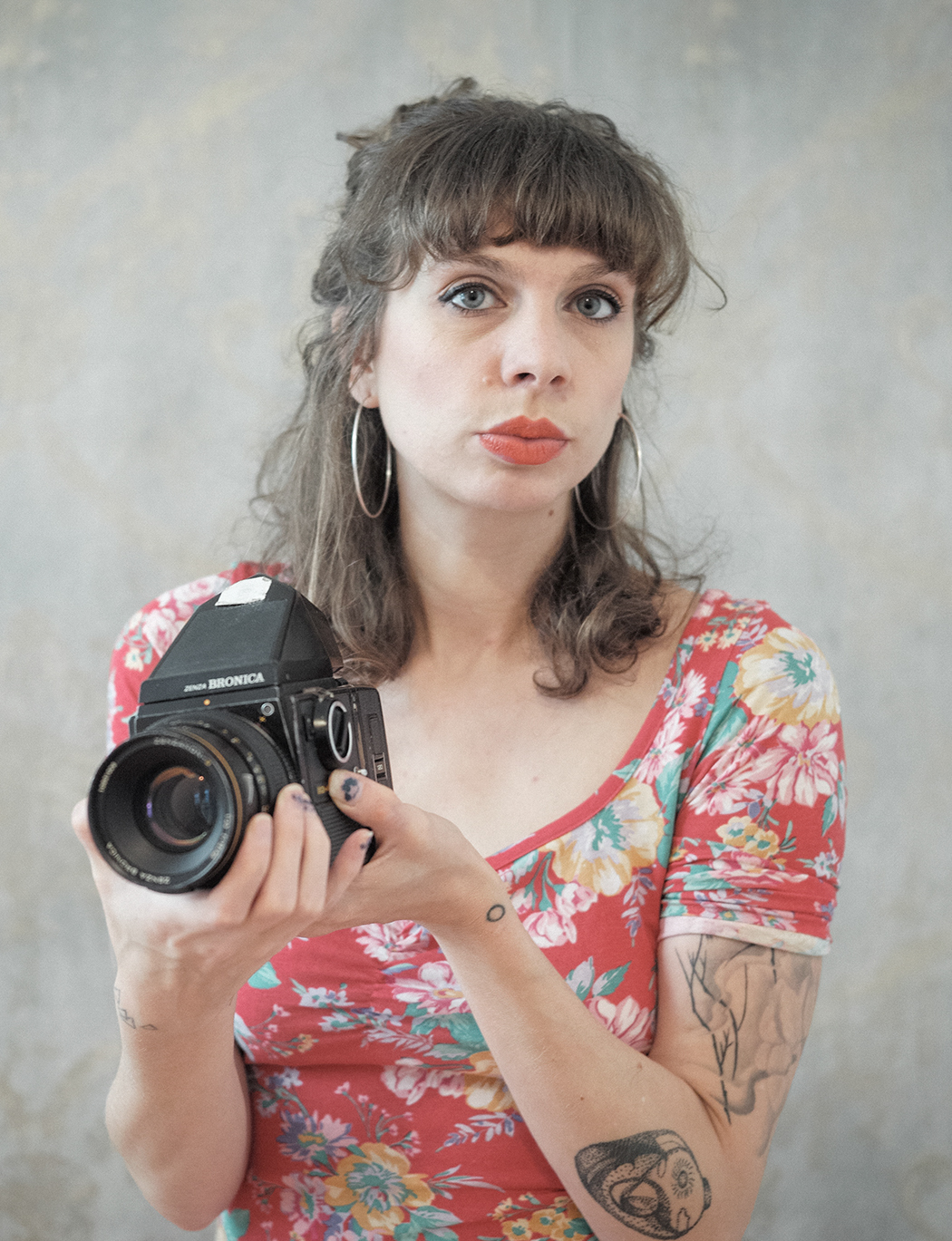 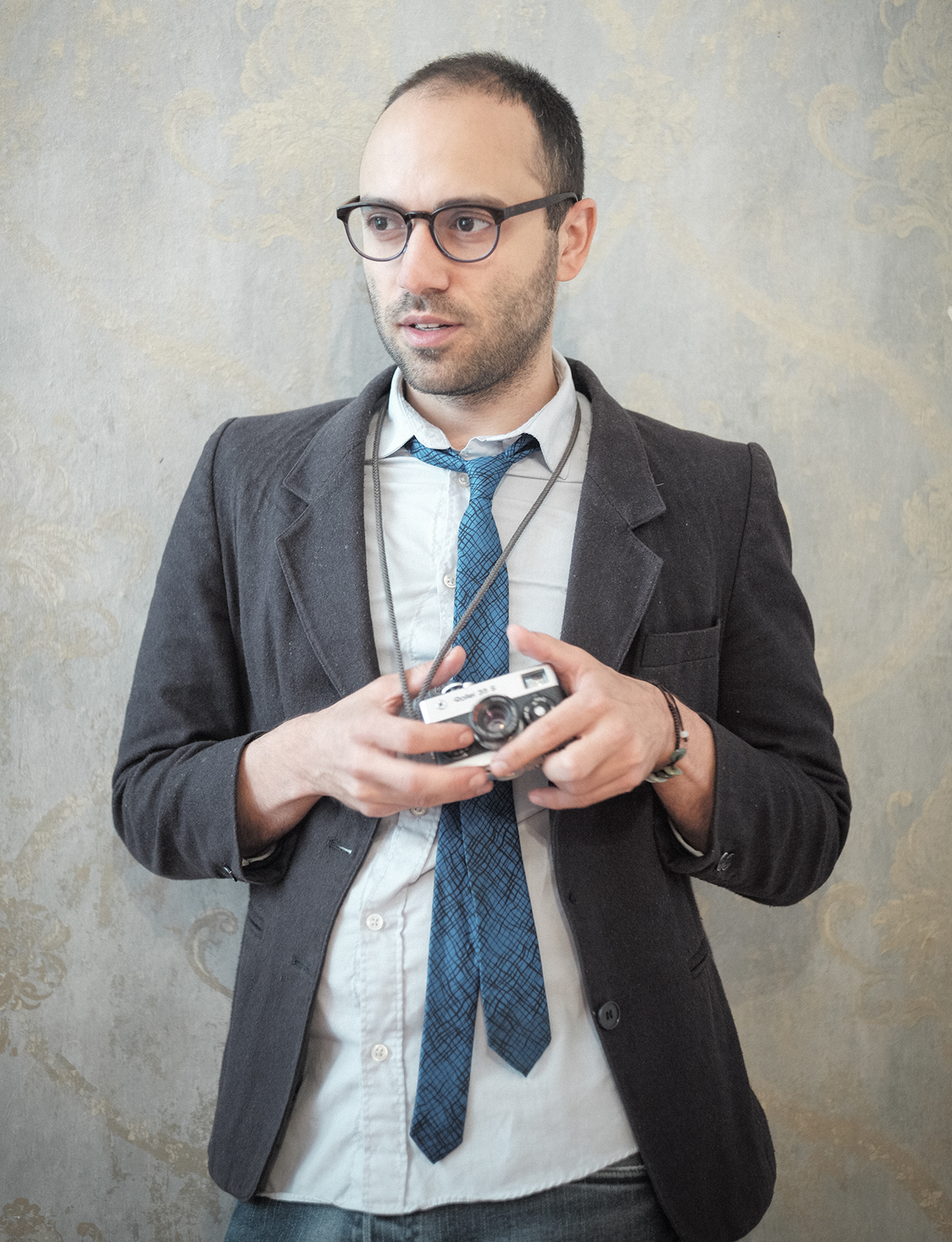 F.K. Kollektiv’s mission is really driven by supporting photographers to come together and share, reflect, and educate themselves and each other. Can you speak to the idea of community and its relevance for this project?
Stephanie: Community is a key component to the project. So far it has grown naturally through connections between an extended network and those who have found us online. One of our goals is to connect with some of the NGOs or small community organisations we know in the Neukölln area so we can expand to different age groups and to people who may not just come across the collective.

Zack: To me, it’s like trying to create a borderless educational system. So, instead of spending your savings paying for a school, or trying to please teachers, you can have direct contact with your community and can learn from each other. As a friend and schoolmate once said to me: “The friends from SVA are the most expensive friends I’ve made!”

Photography it is a mode of projection and reflection from and to the photographer. We can learn about ourselves from what we photograph.

The collective includes artists from different cultures, languages, and backgrounds. Has the diversity of the group influenced your practices and how you think about photography?
Stephanie: It’s very important to the collective! Openness was the initial idea of the group and now we want to push for a more diverse group of artists, from complete beginners to professionals. People bring themselves to what they photograph, and when you hear people talk about their intentions for the work, they will always express something about their background. Most people who come to the group are from different countries, so the work is always (if not directly, then inadvertently) about inhabiting a space. Photography it is a mode of projection and reflection from and to the photographer. We can learn about ourselves from what we photograph.

Zack: For me, it was very important to bring non-photographers to the group, as well as people from different backgrounds and cultures. Photographers can be a bit too one-dimensional in the way they view visual art. I think it’s healthy to have an engineer or an architect bring something to the table rather than just a bunch of photographers talking about other ‘more famous’ photographers. I don’t want us to be making art only for other artists.

It’s hard for me to separate the success of the work with the sense of community.

Why was it important to have a critique group?
Stephanie: When you work as an artist you often work alone, and critical reflection can become difficult. Maybe you will reach a point in your practice where you would pay for a portfolio review to find direction. By attending a critique group, you can develop your work by listening to the perspectives of others, who are interested, engaged, empathic, and who are different enough to give valuable insight.

Zack: Its very important to have an open dialogue with the public in your art, so having that conversation in a closed space while working out your own art is practice for the real part of ‘art job’. It’s about transitioning from ‘look at how cool I am because I can make this beautiful image’, to ‘I hope this work opens a discussion with the public that doesn’t exist yet’.

Tell us about the artist in residence programme.
Stephanie: The residency programme is very much in development. We’ve had one artist so far. She came to work on a project she had started in 2011 documenting cannabis farms in the US over a few different seasons. She came with a stack of negatives to scan and contact sheets to edit. Through the crit sessions, she was able to find a path through the project that culminated in an exhibition. The process was really great to see: from having no clear idea of how to approach the subject, she came out with something strong, and some beautiful prints. The next residency I’d like to open as a curatorial one. I’d love for someone to come and be open to working with the collective, choosing a curatorial direction and engaging in a dialogue with our artists. What are some of your favorite exhibitions so far?
Stephanie: We’ve had three exhibitions and they have all be really great and pretty different. The Blind Curator is one we can point to, as it was not clear how it would turn out. For this project, we put out an open call for submissions and put every single photograph in the space, which were then hung by the curator, who was blindfolded. Visitors were then asked to connect photos with a red string if they could identify a link between them. We ended up having around 75 participants and the work became about intertwining stories, accents, and mirrors. The room was full of images and red string.

Zack: It’s hard for me to separate the success of the work with the sense of community. Some shows were amazing because of how everyone falls into their roles naturally and fulfilled them. Others have just been great shows regardless of how hectic putting a show together can be. Our first collective show, Winterschlaf, will always have a special place in my heart, as it was the first time I could see that this kind of community-oriented process works. It was quite emotional for me to see such good work come together with a collective effort.

You’re also a couple. How has running a huge project like this impacted your relationship?
Zack: Hard, but wonderful. But also stressful. But also satisfying. Let’s not talk about it. It’s very hard to be working on the same projects together, but we have skills that complement each other. We manage somehow.

Stephanie: Sometimes the process of dividing tasks is very natural: I enjoy developing the website, whereas Zack is super skilled at being on top of the equipment. Other times we have to make sure we are not stepping on each other’s toes. We are still learning how to separate work and life!

Do you think a project like this would be relevant outside Berlin, or is there something about the nature of the city that compelled you to set it up here?
Stephanie: There are other collectives that are similar in other countries. I was part of one in Leeds in the UK and I think my experience contributes to how we develop the project in Berlin. Obviously it’s a city with a lot of movement, creativity and energy, so this helps to bring a variety of people to the group, and makes it very dynamic. I’m also super interested in connecting with other groups over the world, we already have partnerships in Bulgaria and in England, and we will work on exchanges and dialogues with them.

How can one get involved with F.K. Kollektiv?
Stephanie: Come to the meetings and check out our open submissions!

Zack: Find us on Tinder! Or write us at [email protected], and check our website and Facebook page. We always have stuff going on. People who tend to put work into the space or collective also end up being crucial in shaping the direction of our group. Three years ago we were a few people meeting in a small room at a desk, I somehow see this space as a new beginning, with much to still be formed and created.

The Fotoklub Kollektiv lives IRL at Kiehlufer 7, Berlin, Germany, online at fk-kollektiv.com and socially on FB and IG. 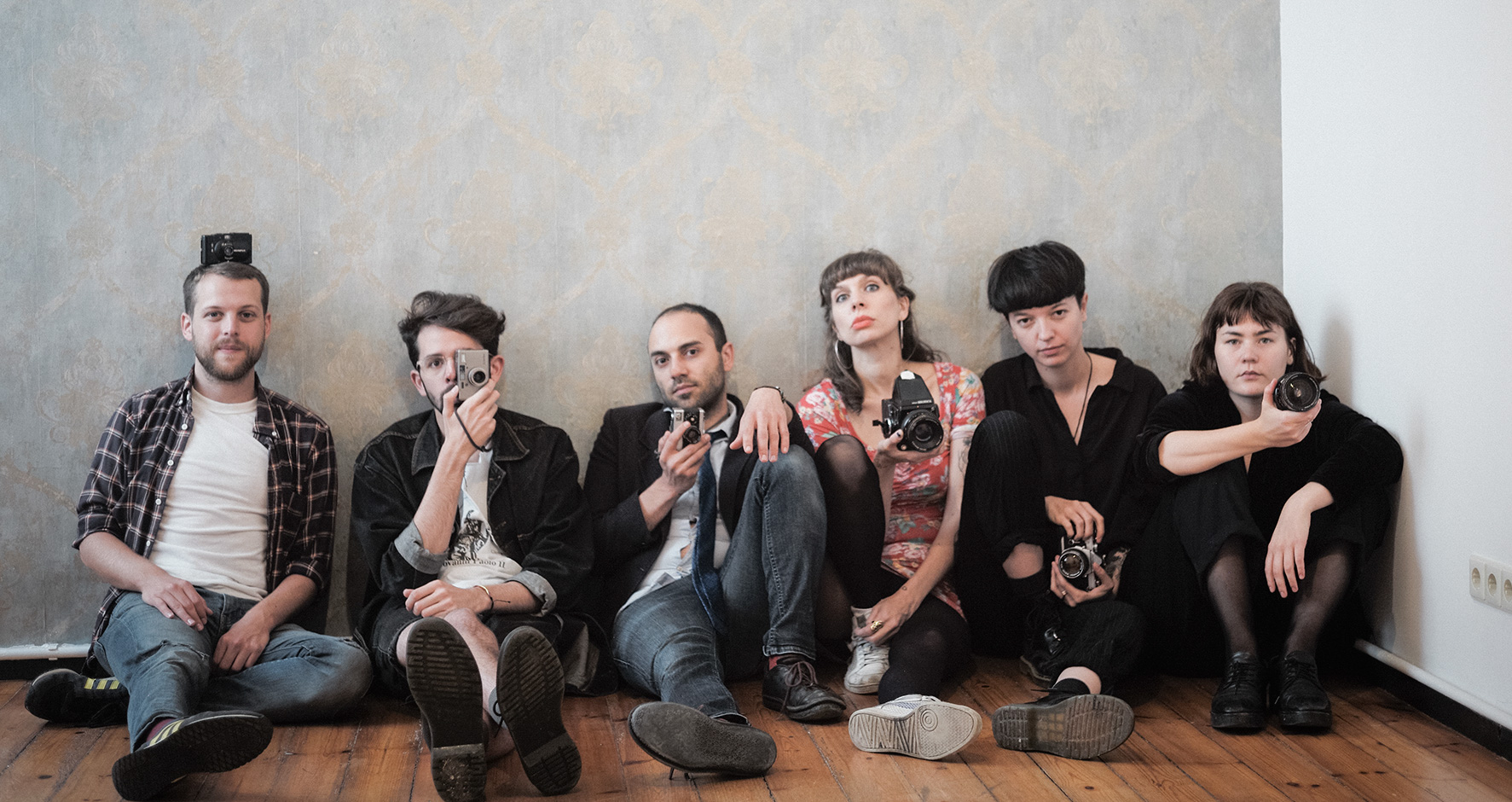