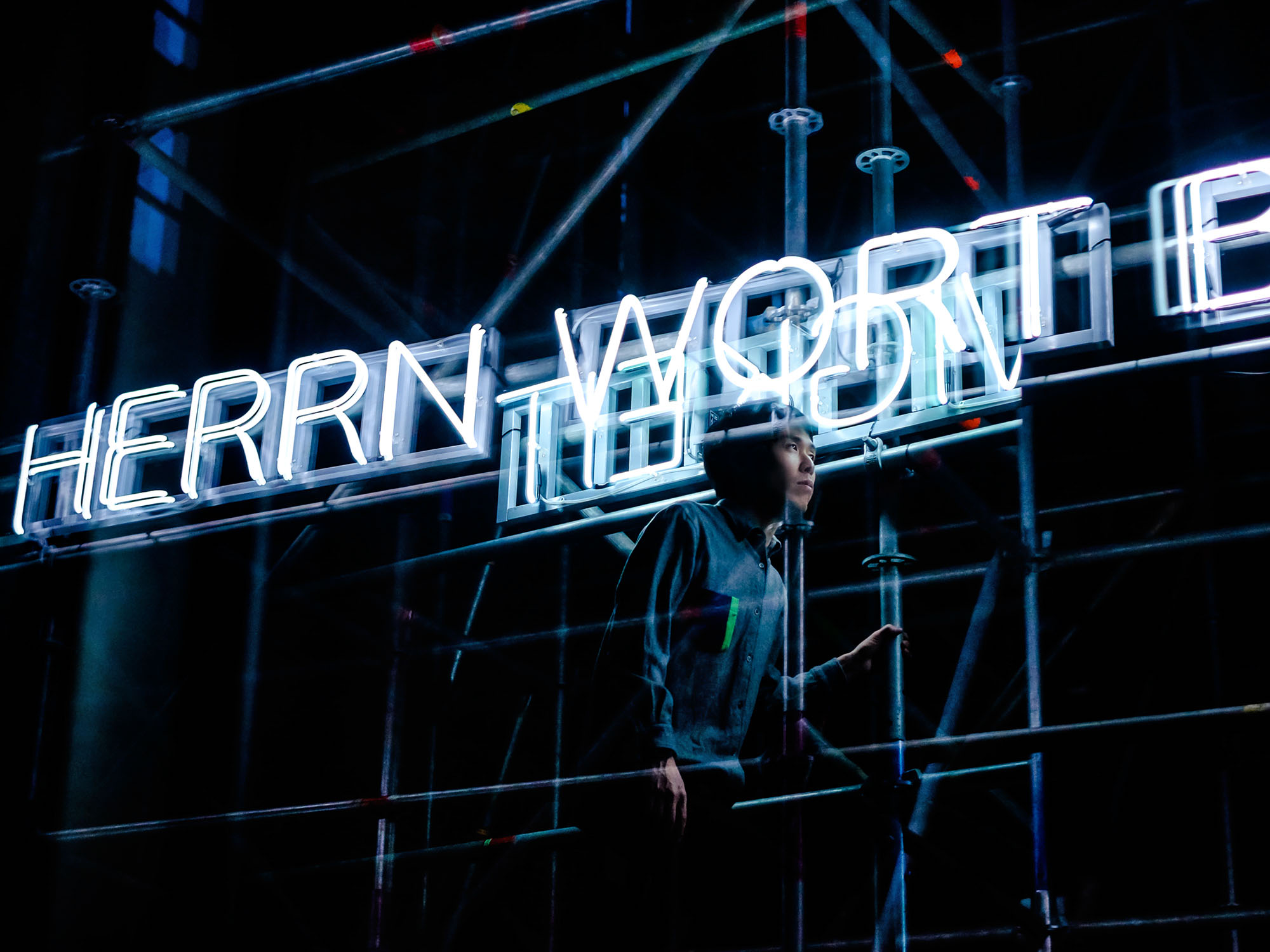 Figures emerge from the darkness, illuminated only by muted street lamps and neon signs in Matthew Coleman’s photo series, Berlin Bohème. Where are they going? Where have they been? Coleman sifts through the shadows of Berlin, capturing dimly lit mysteries that lurk on the streets in the early hours of the morning.

Inspired by film noir, chiaroscuro painting, and poetry, Berlin Bohème is a series of romantic and mysterious portraits of Berliners at night. Whether a figure silhouetted by the light of an U-Bahn or a man tilting his head up, dreamily looking into the black – the characters in each photograph seem to hold secrets and we yearn to know more. Matthew Coleman reveals all about his poetic photographs and the unforeseen surprises he encountered along the way. 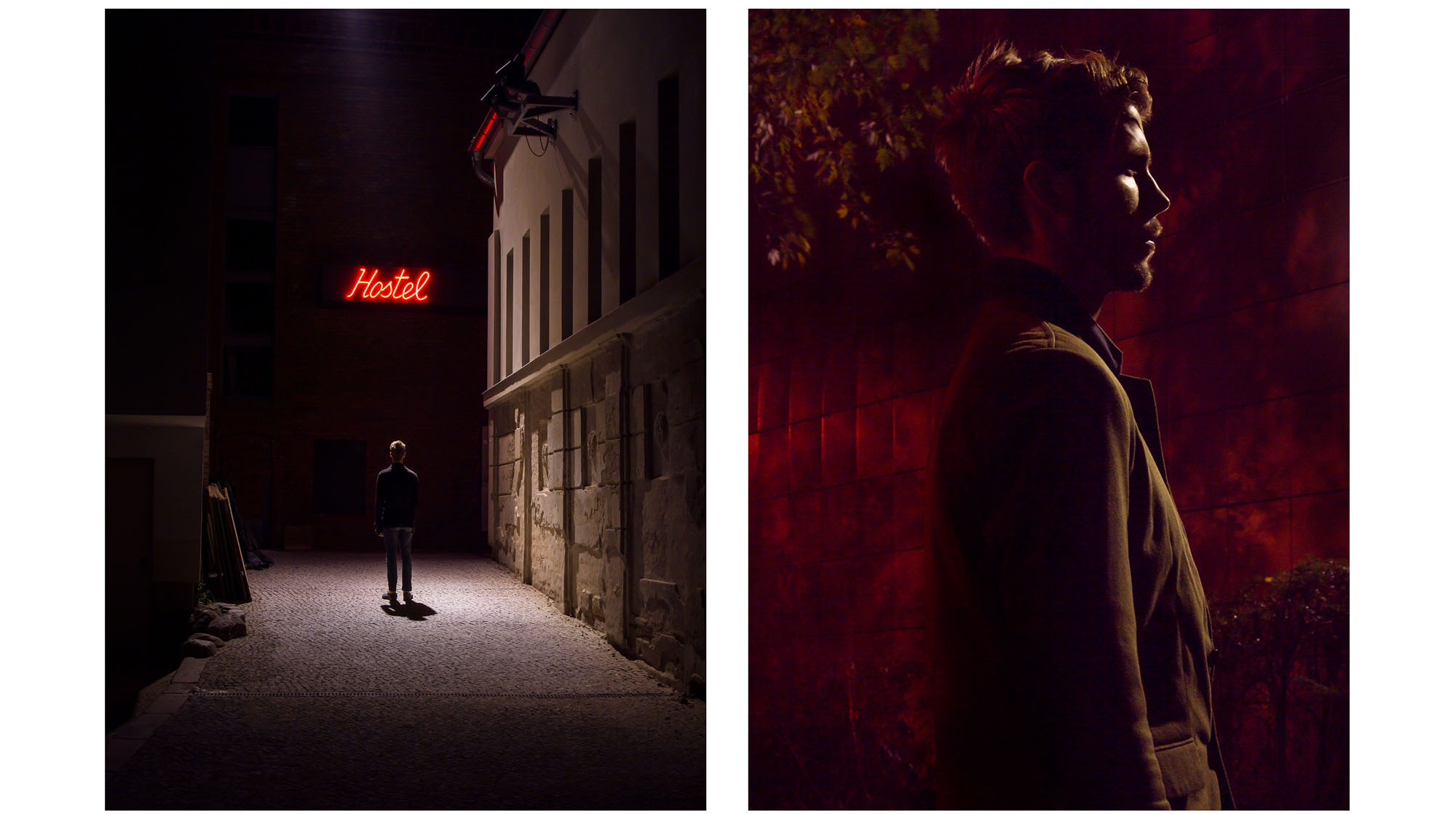 Tell us a little bit about your series, Berlin Bohème, what is the premise of the project? Berlin Bohème is an extension of what I was doing when I first moved to this city, namely wandering aimlessly around the streets at night. Alone, exploring, smoking, looking for those scenes that one can stumble across – it was like something out of an old movie. As is typical when moving to a new country, it took a while to start meeting people, and then it felt natural doing the same thing over again, though this time wandering with these newfound souls I’d come across. I head to the area where they live or create, and we drift into the night with no direction in mind. Suddenly we come across something, however mundane, though there could be a quality of light and shadow and form that catches the eye, and into the scene the person slides.

What element of the city are you expressing or capturing in your photos? It’s all been random, with no set pattern or place, but a constant shifting, in different directions, depending on the location of the person being photographed. 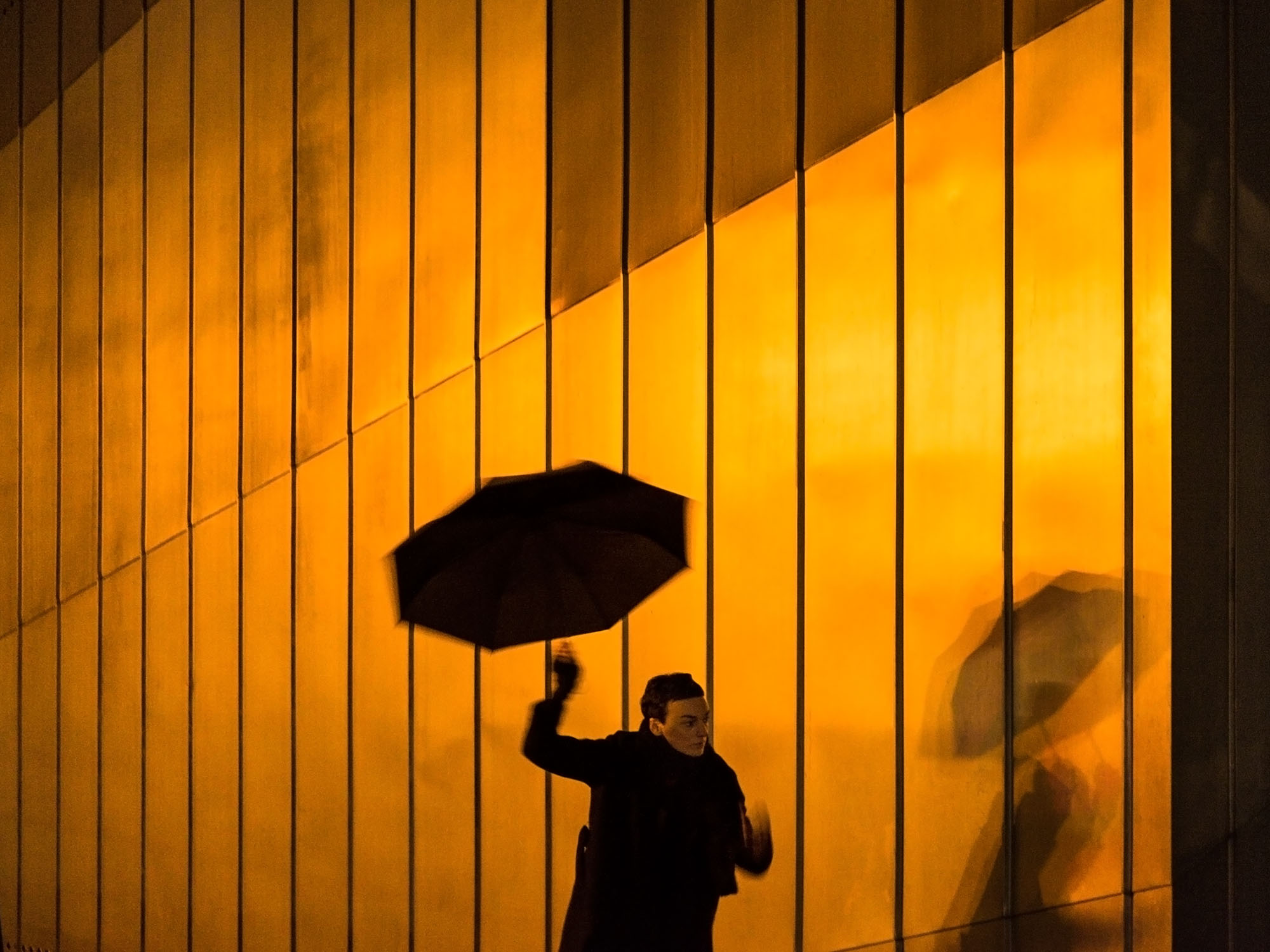 Once we learn to let go, creatively, and to just be, with open eyes, then there can be a potential for unforeseen surprises that can bloom, seemingly out of nowhere. 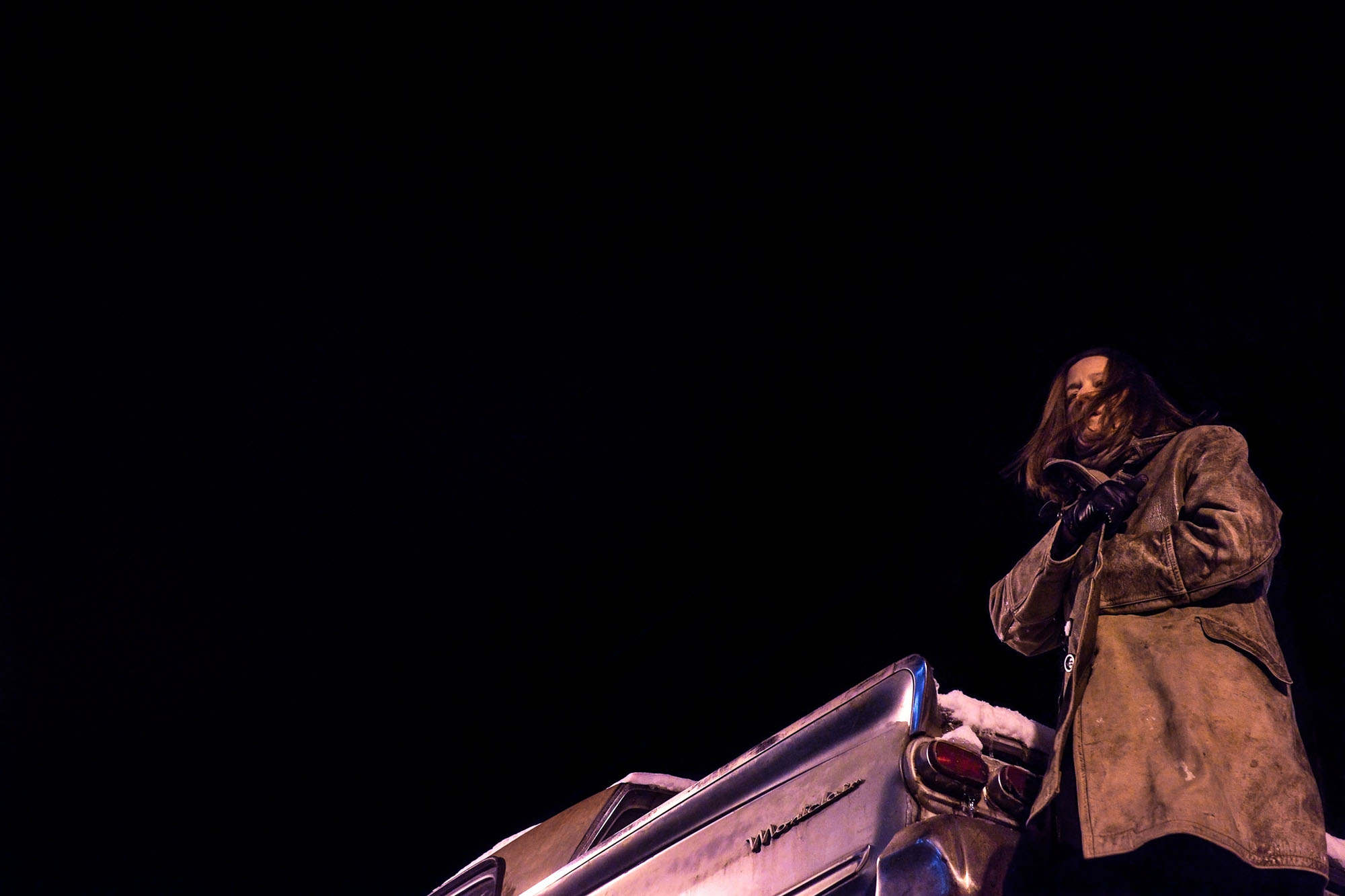 Berlin Bohème has a mysterious, romantic quality. Is this inspired by your subjects? No, I think it probably comes from the huge impact that cinema has had upon me since I was young. Film became my second love, after art, and could act as a kind of time machine that would take me away from the rough neighbourhood I was growing up in and into other worlds, other times entirely. As if my life were a film, I cut back through time like an old movie editor and think back to experiences that have provoked me and led me to a certain aesthetic.

I think back to being younger and watching Marlon Brando running water over his head in Apocalypse Now, barely visible in the near darkness. I think back to Caravaggio, who for me was one of the most intense painters. His paintings are filled with the deep rooted drama of human existence, with his figures and tableaux sunk into the shadows, and most of which have remarkable cinematic compositions, with the placement of characters that have plot, subtext, and meaning. I go back to seeing Edvard Munch’s woodblock prints when I lived in Oslo many years ago, or Goya’s Black Paintings. I think back to Akira Kurosawa’s Throne of Blood and his masterful cinematic adaptation of Shakespeare’s Macbeth, and of a scene where Lady Macbeth seems to float above the floor towards the camera from the darkness of a room behind her. I think back to Asian shadow puppetry. I think back to the many images conjured up within the pages of so many poets, delirious and crazy and alive.

I think back to all of these things, of the reaction each one provoked within me when seeing or reading them for the first time, each of which have struck sparks within my mind and uttered something to the depths of who I once was, and perhaps still am. And consciously or unconsciously, I keep looking for the light between the shadows. 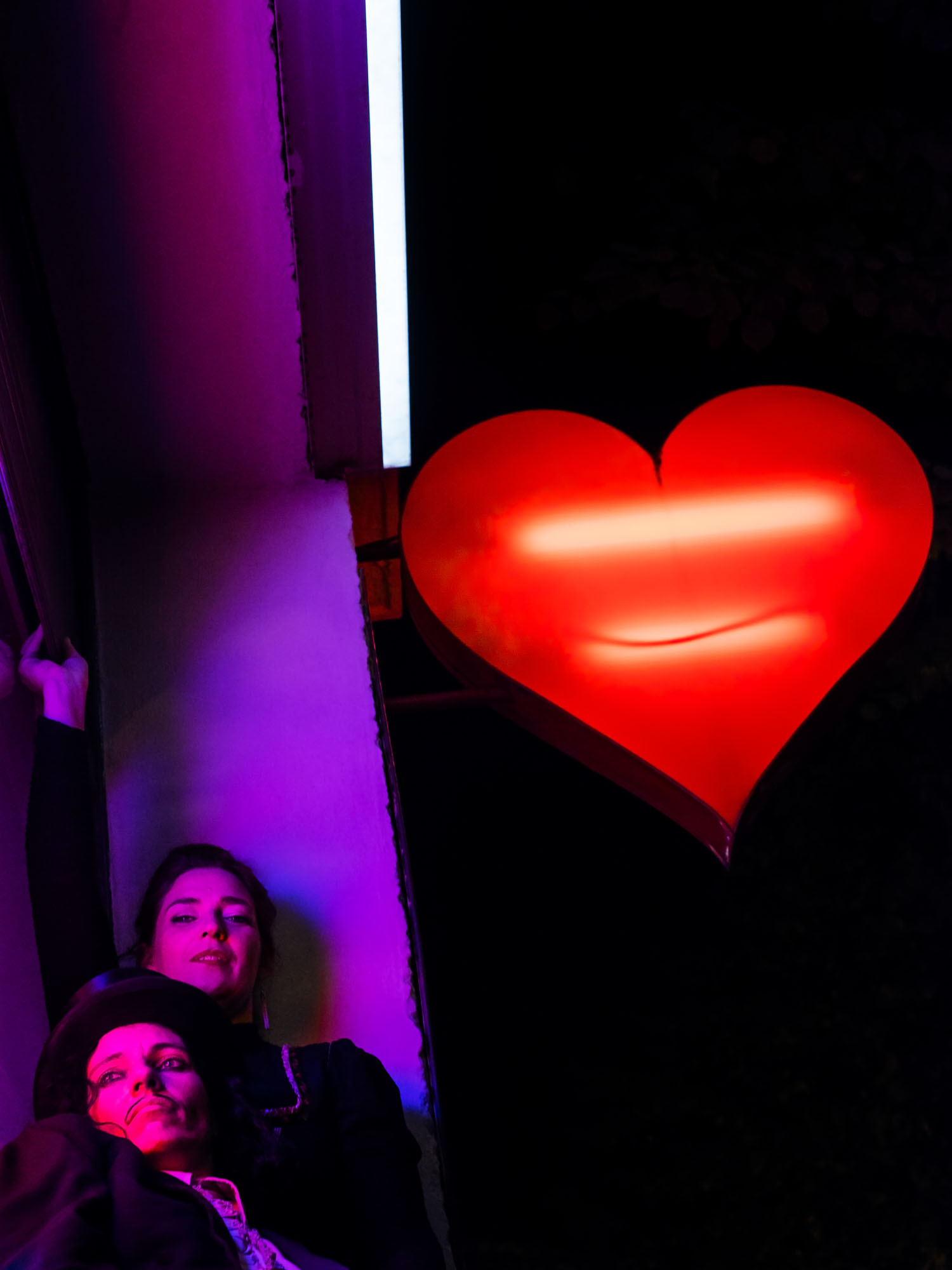 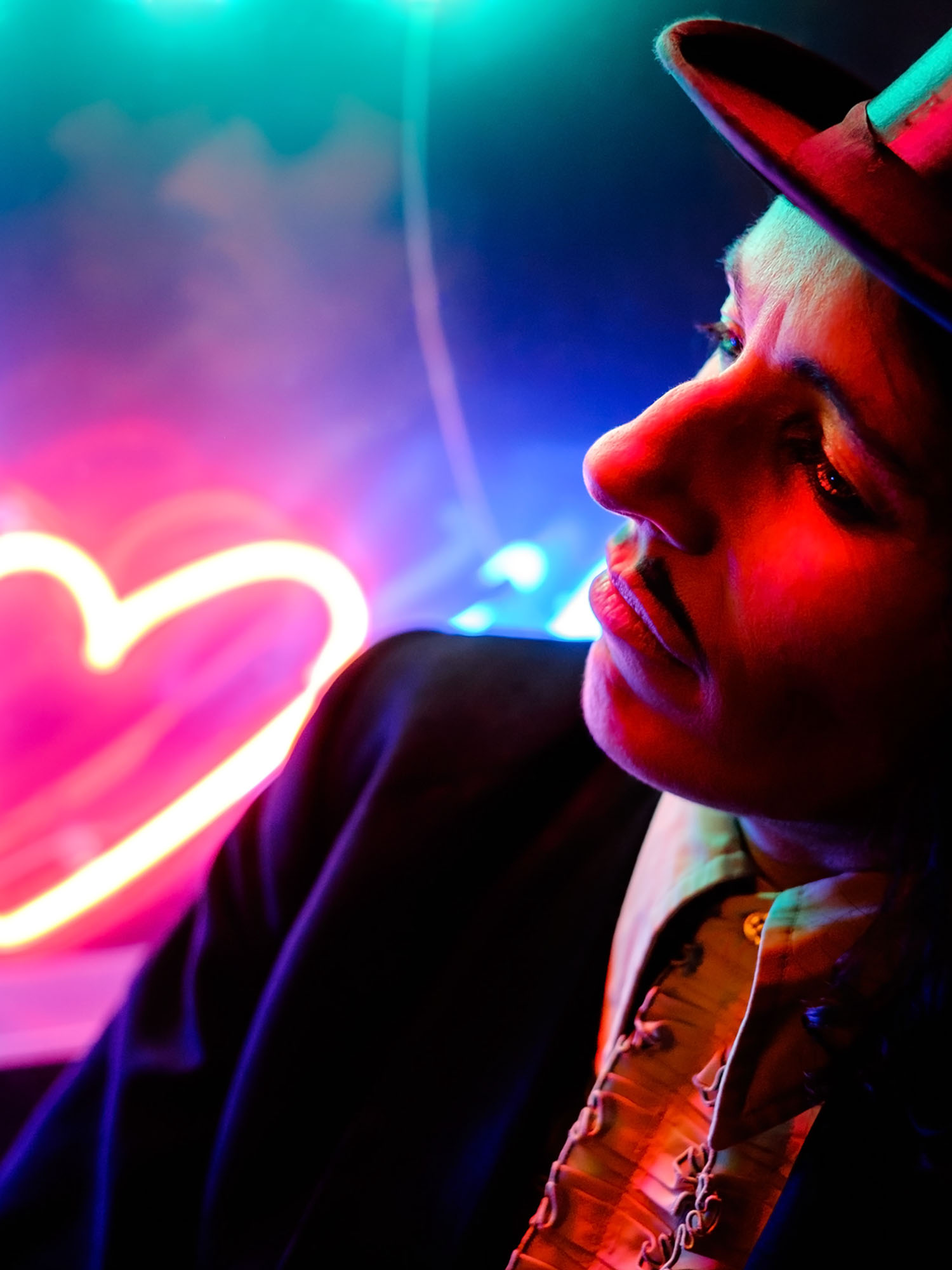 How do you meet the people you are photographing? Randomly, at bars, parties, studios, by canals or lakes, or through others whom I’ve met.

Tell us about your photographic process. It’s very spontaneous, which is the way I have to work. In the past I would agonise over what to photograph – how, why, its meaning, if there was even one to begin with. This created a kind of bastard maze for me, one in which I was lost for a long time. Once we learn to let go, creatively, and to just be, with open eyes, then there can be a potential for unforeseen surprises that can bloom, seemingly out of nowhere. Have there been any unusual moments or encounters? The painter Marcel Eichner and I agreed not to utter a single word when we went out into the night from his studio in Kreuzberg. We became like little children, gesticulating with our hands and expressions, and picking up random objects from the streets. And so the attentiveness of our eyes and ears became magnified, and we were completely submerged in those two senses rather than being eclipsed by thought, which is always the way with spoken communication. It was so simple and playful, and we just ran with it.

One of the last walks I made last year had me seated outside of a sex shop on Rosa-Luxemburg-Straße with two singers. We’d already spent three hours walking and drinking and smoking hashish, floating from place to place, into random little left-wing bars and ended up sitting outside a sex shop and strip club, just down from the Volksbühne, where her friend had worked for fourteen years. We laughed and jabbered and photographed, lit by the neon lights of the shop, goading the passersby with an alluring offering, no doubt. People would join us and then go. It was so open and free and tender, again like children. 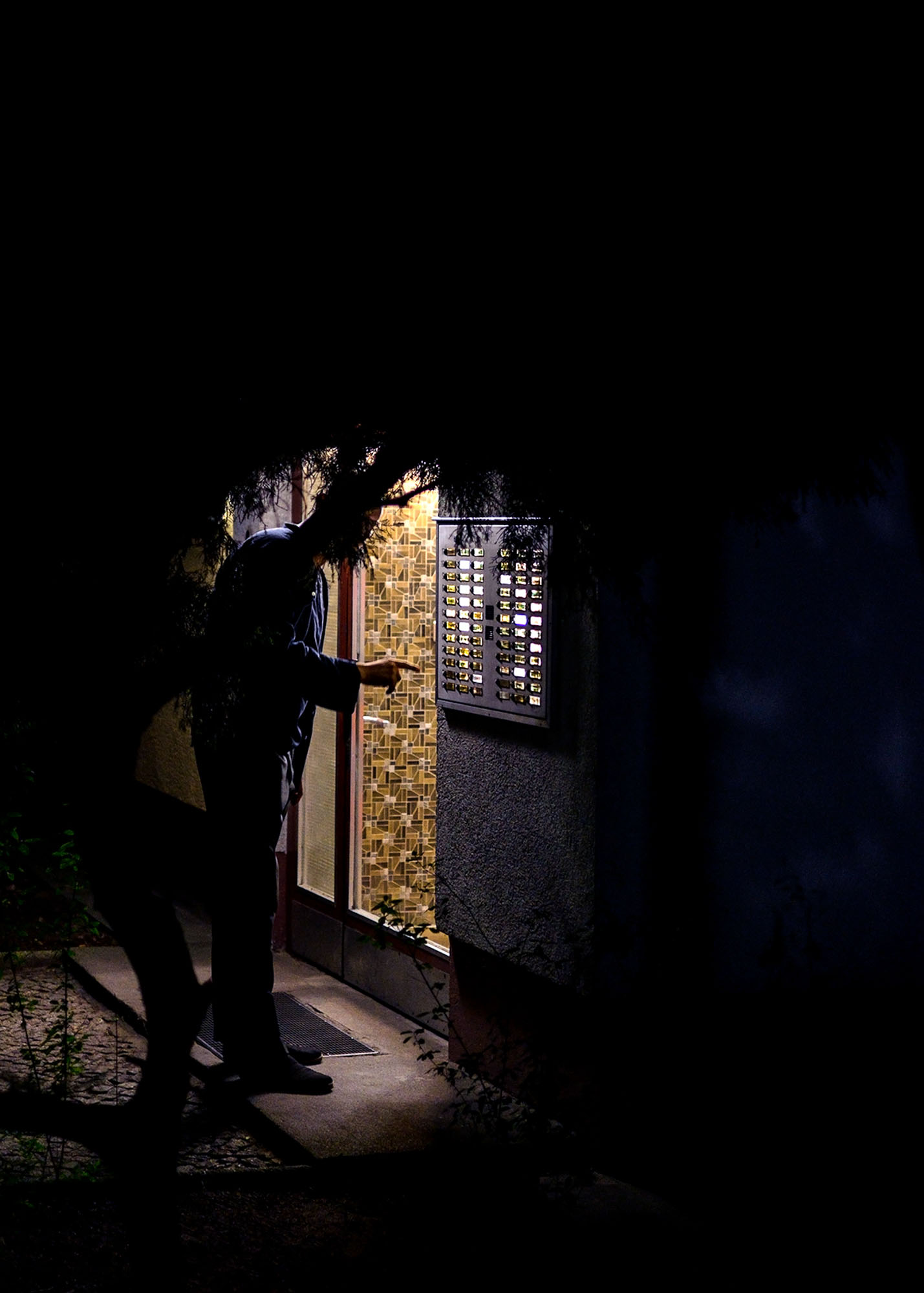 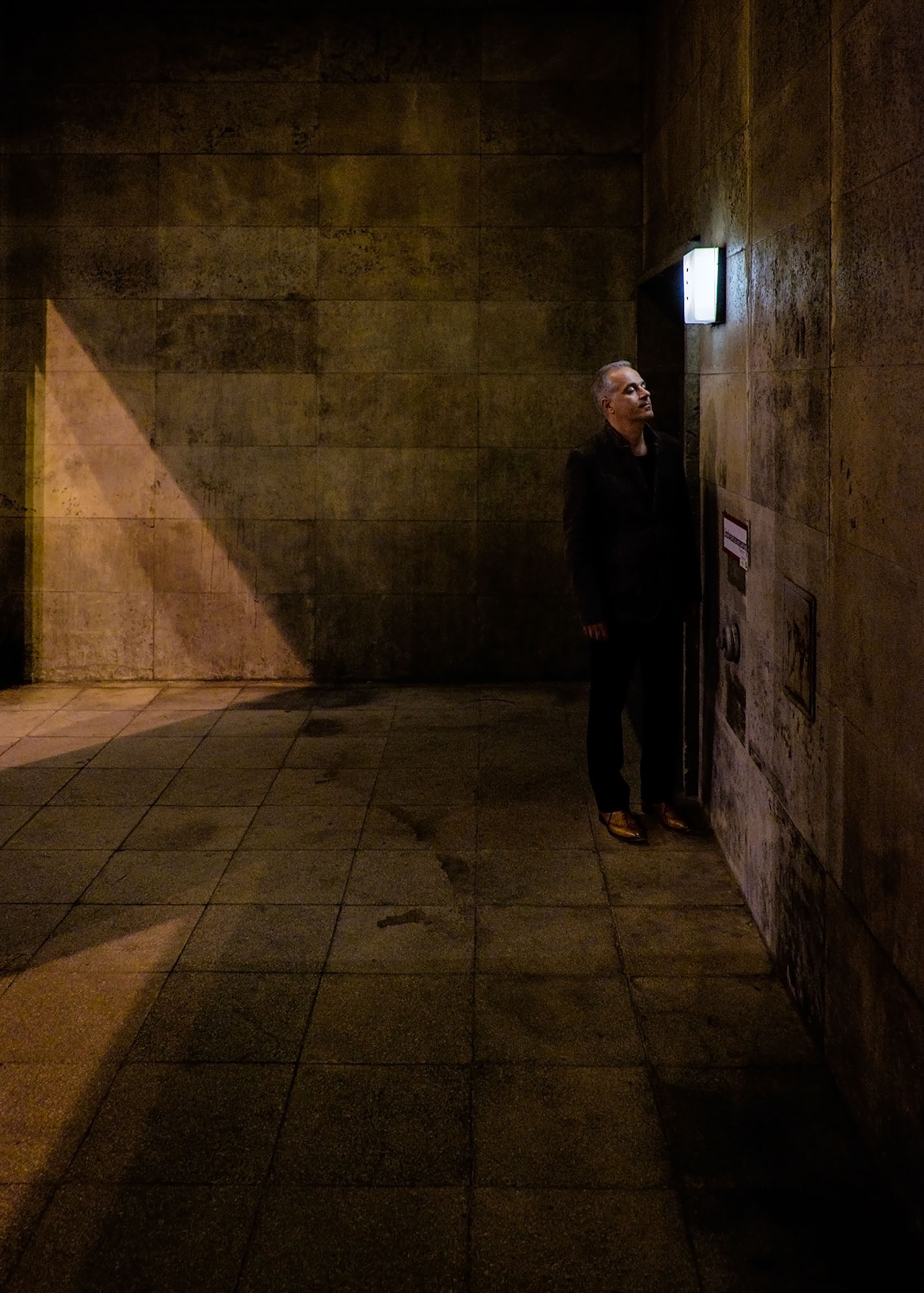 And consciously or unconsciously, I keep looking for the light between the shadows. What are you trying to convey with the series? With the subjective nature of expression, people will always draw their own thoughts and conclusions. For me, the most important thing is the act, the doing, which will always trump how I try to interpret, or project, any meaning onto anyone. It’s something I take such great pleasure in doing, for it is how ideas can be swapped, subjects discussed, understandings shared. I love talking and smoking – two great loves – and with each walk comes a whole other mind to enquire into, to ask, to find out about. Conversations are often open and sincere, which is the foundation for meaning and a gateway to different states of being.

Do you have any upcoming projects? I can’t stop shooting, so I’m juggling many different things at once. I’ve been in a group exhibition at Artloft, curated by Nicholas Huffstutter and Daniela Kickel, which triggered the technical understanding of how to print and exhibit my series, I don’t know you anymore. I also have a short film coming out through Vorn Magazine in the coming months. Shoots with water, fabrics, mirrors, light and shadow, each time trying to turn pictures back to front and inside out, always striving for the avant-garde and trying to make pictures I haven’t seen before. One continues, perpetually experimenting, and trying to find a tiny detail in the mistakes that one can then exploit, focus on, and push further into being.

Visit Matthew’s website to see more of his poetic photography. 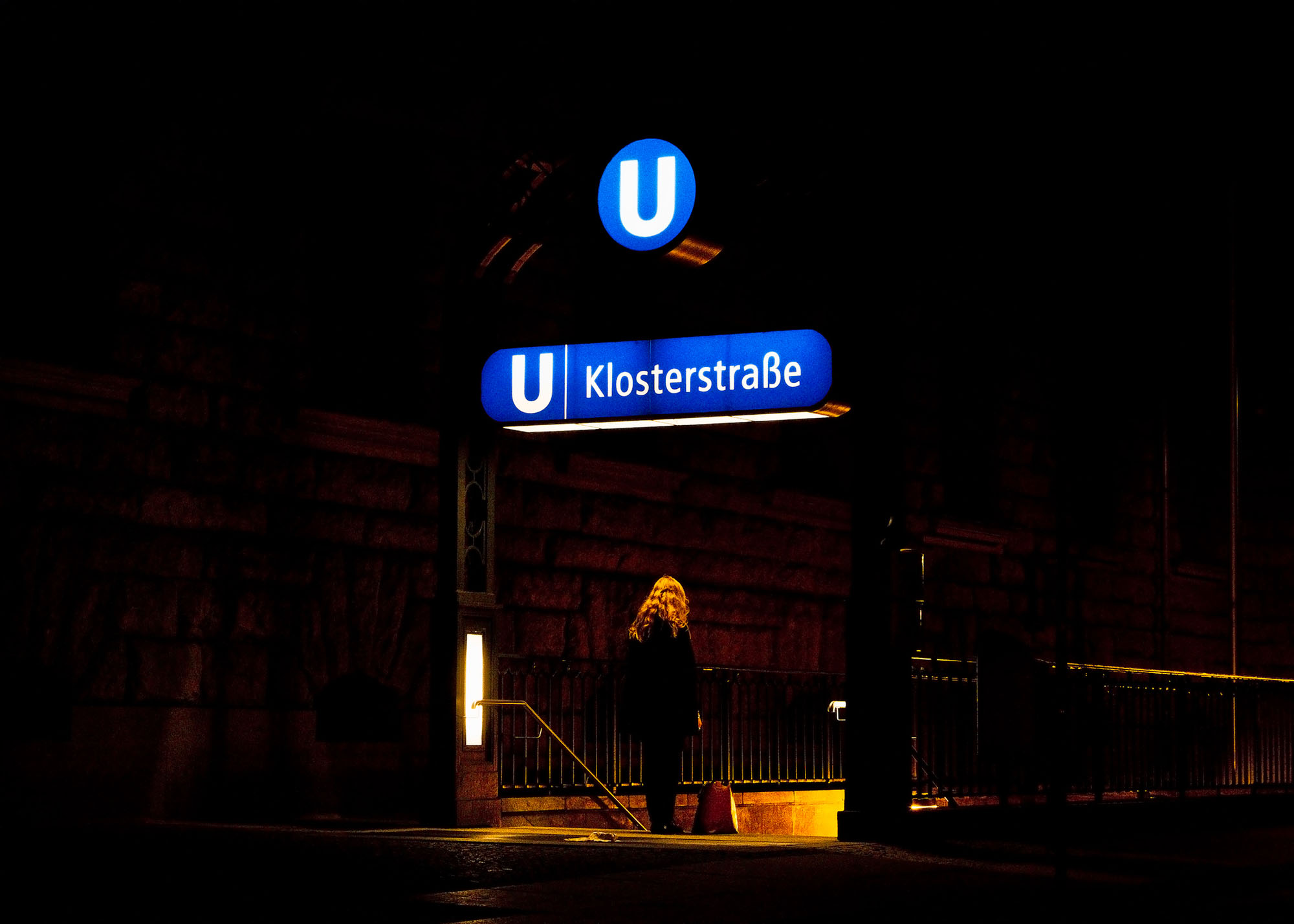