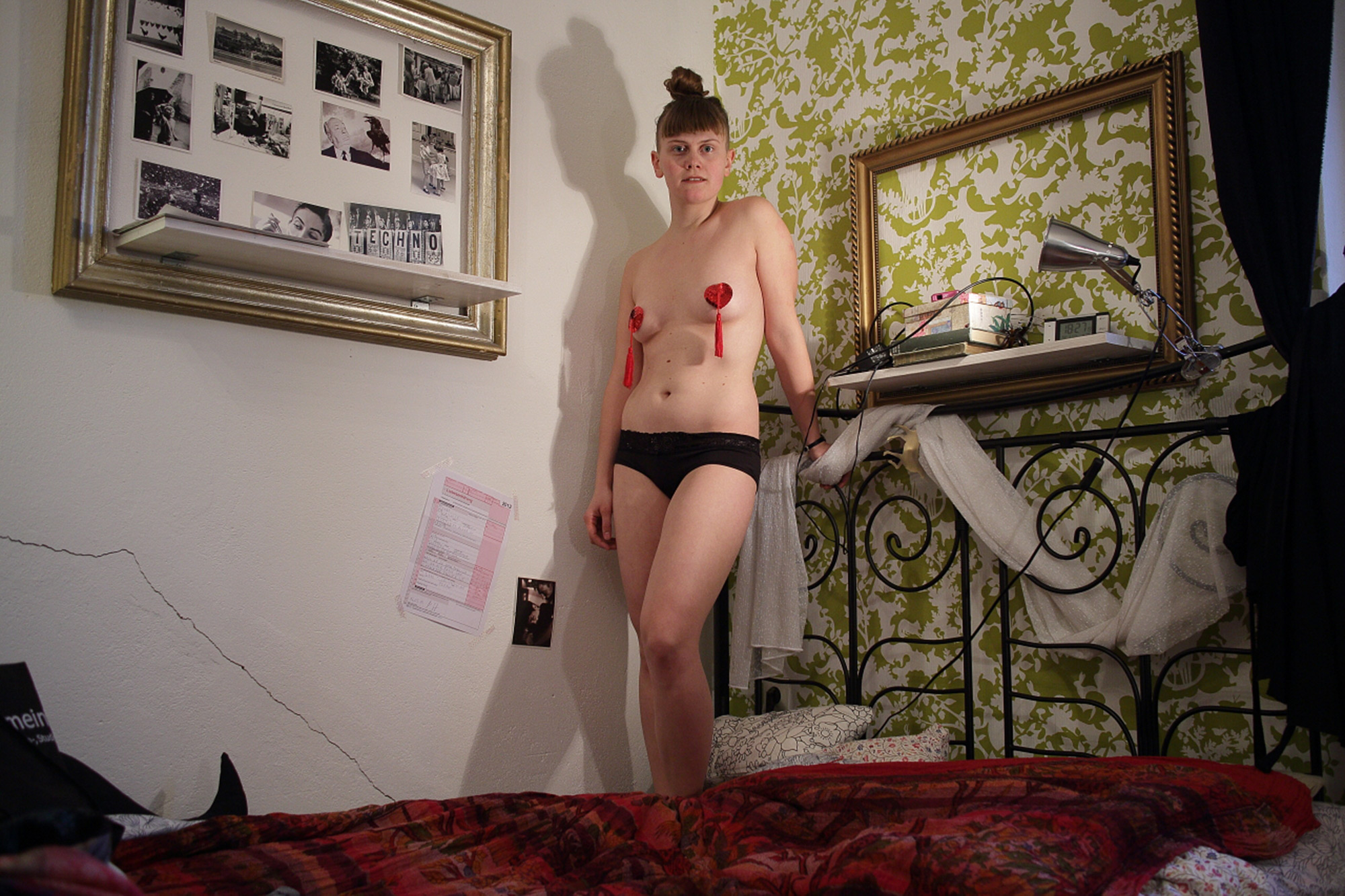 In autumn 2015 Martin Pavel, a visual artist based in Prague, came to Berlin to begin a new 365-day-long project. The idea was beautifully simple: he would begin the year by photographing a Berliner he didn’t know in their own home. The following day, that Berliner would photograph another, and so on. Each day the camera would be passed on, each subject photographing a stranger the following day.

As the project has continued day by day, it has built a truly unique patchwork of Berlin. The subjects are often naked in the comfort of their private surroundings, revealing much of their personalities despite being viewed through the eyes of a perfect stranger. Each image exudes an unexpected intimacy rarely found in amateur photography.

The idea for the Daily Portrait project originated in 2012, when Martin invited 365 people to his studio in Prague. He filmed them in front of a white wall, documenting their faces in classic atelier portraits in order to capture their individuality. When viewing the whole collection, an inevitable comparison of features and personalities arises and thanks to Martin’s indiscriminate approach to sourcing his subjects, it is an honest cross-section of Prague’s young inhabitants.

The following year he photographed another 365 people, this time with a Polaroid camera on the streets of Prague. Taking the project into a public setting added another layer to the project; the resulting collection of photographs not only capturing the personalities of a demographic of people, but also revealing something about the city they inhabit.

“I realised that the title ‘Daily Portrait Berlin’ means not just a city but a principle, and that I cannot express this principle as the author of the photographs,” he continues. “But it can be expressed by the act of interaction of Berliners.” 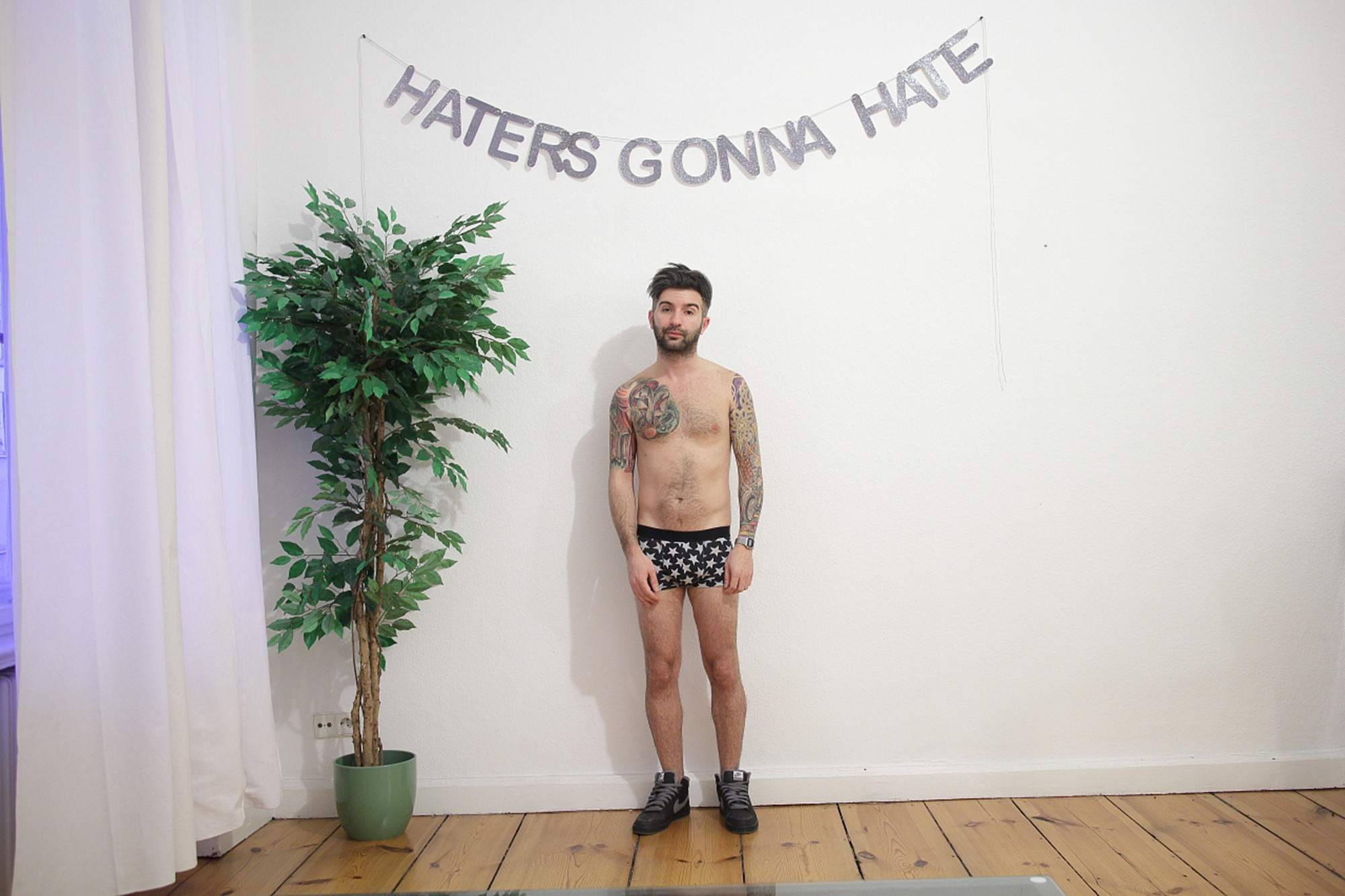 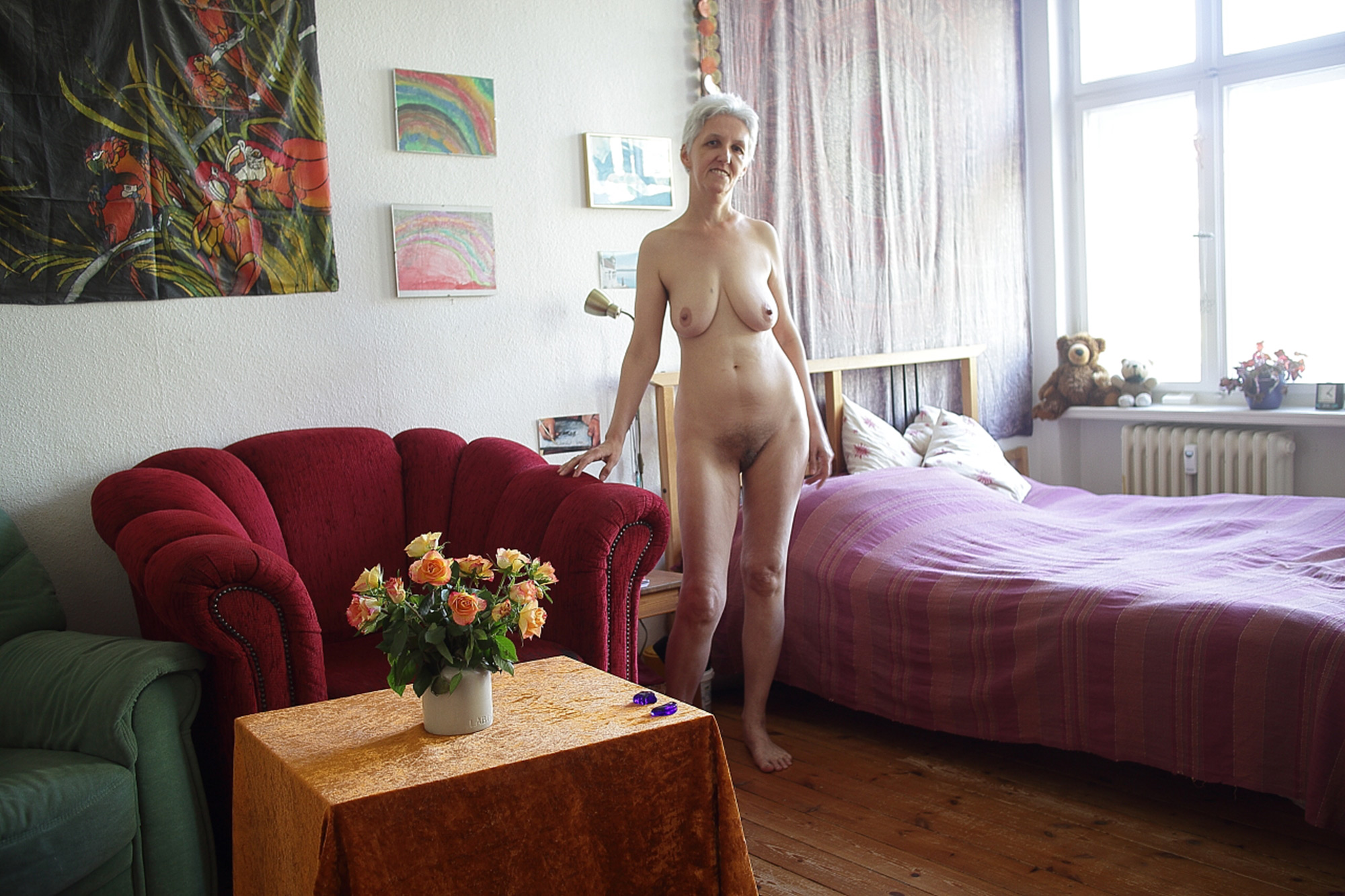 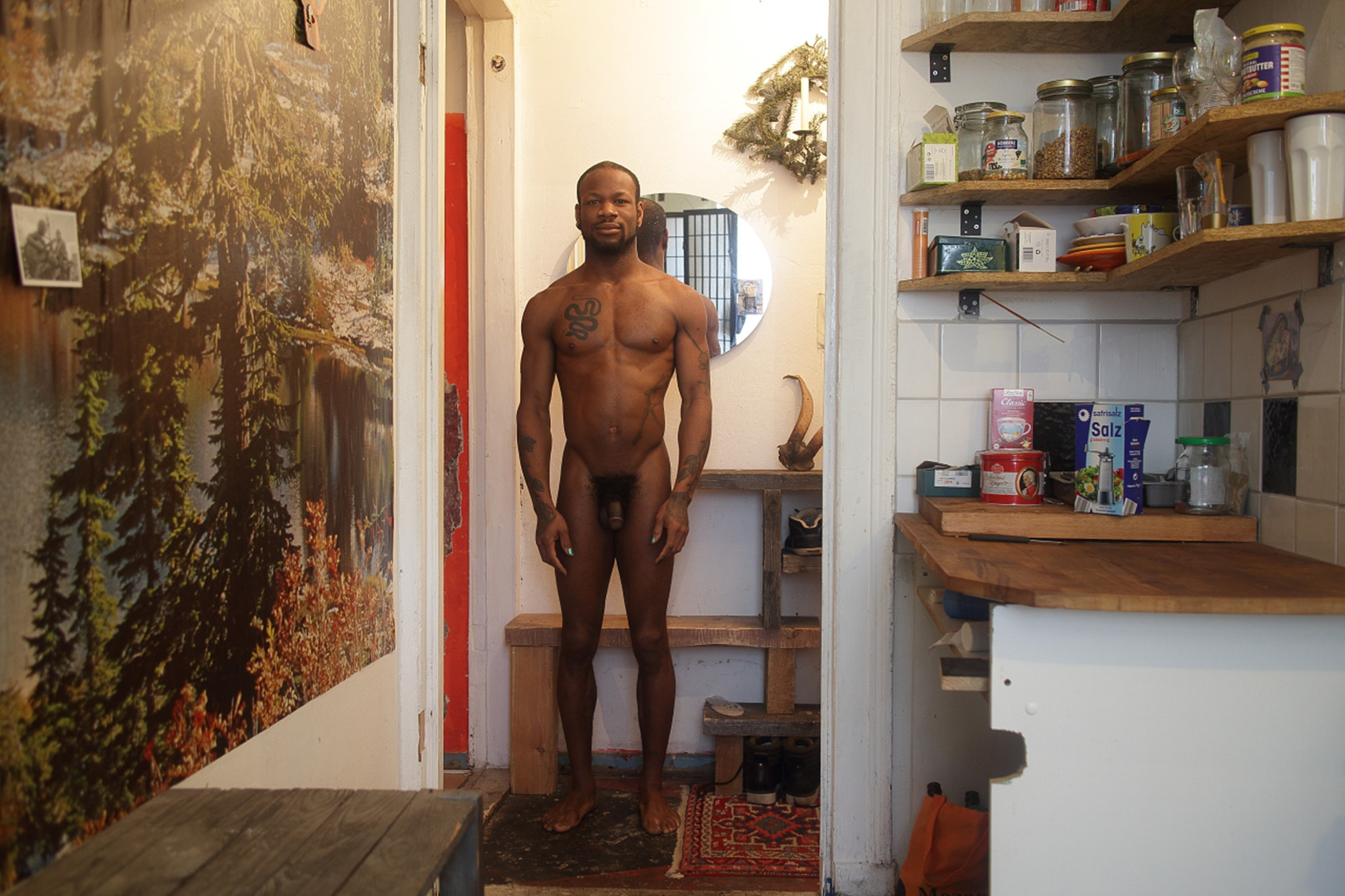 Martin’s requirements for the Daily Portrait Berlin photos are straightforward: the model must be photographed in their own home; their whole body must be captured. Those who wish to be naked can be, otherwise underwear can be worn. For Martin, the models being completely or partially naked is important. “The difference is that people usually take their naked photos alone, they are selfies. They are caged in their own view of themselves and the photos are distorted, incomplete. Human beings need to be viewed in the eyes of another human – that makes them complete. They are seen in reality, not for display.” 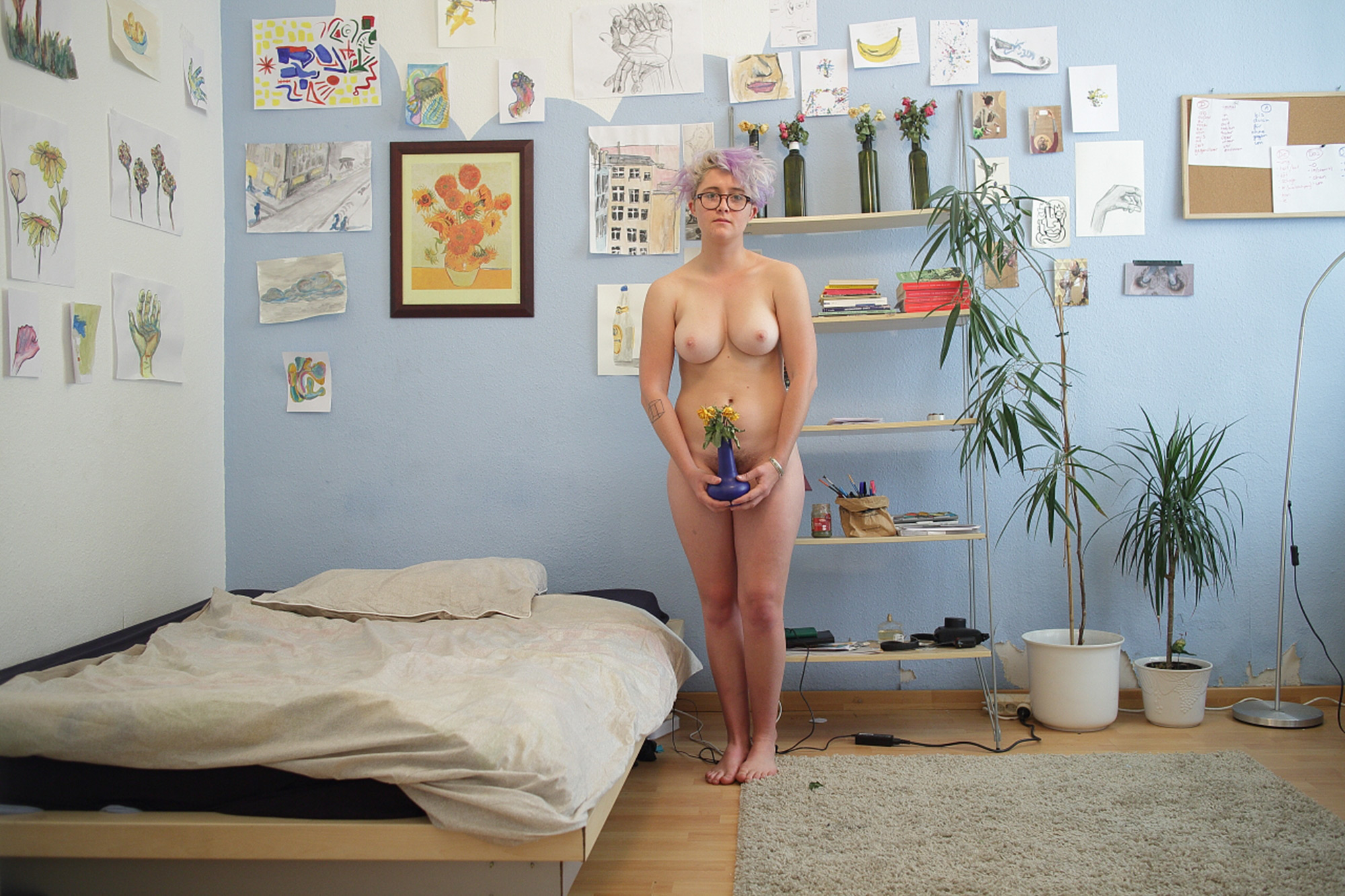 Although it’s unusual for an artist to hand control of their project to hundreds of strangers, for Martin it is a unique learning experience. “I’m an artist, not a photographer, but in the next year I want to shoot again, I’m missing it. I’ve learned a lot from the photos of the participants, and the feeling when I receive a photo – it’s like Christmas!”

To complete the journey and project, Martin himself will be photographed as the final model in the series. He isn’t sure how or in which city the project will develop in 2017, but as the Berlin series enters its final weeks he is beginning to reflect on the unexpected outcomes of the project, especially the new connections being made between Berliners sharing unusually intimate moments with one another, and new friendships being forged as a result.

If you are over 18 and would like to take part in the Daily Portrait Berlin project, email Martin at [email protected]. Act fast – the project is due to conclude in September 2016. 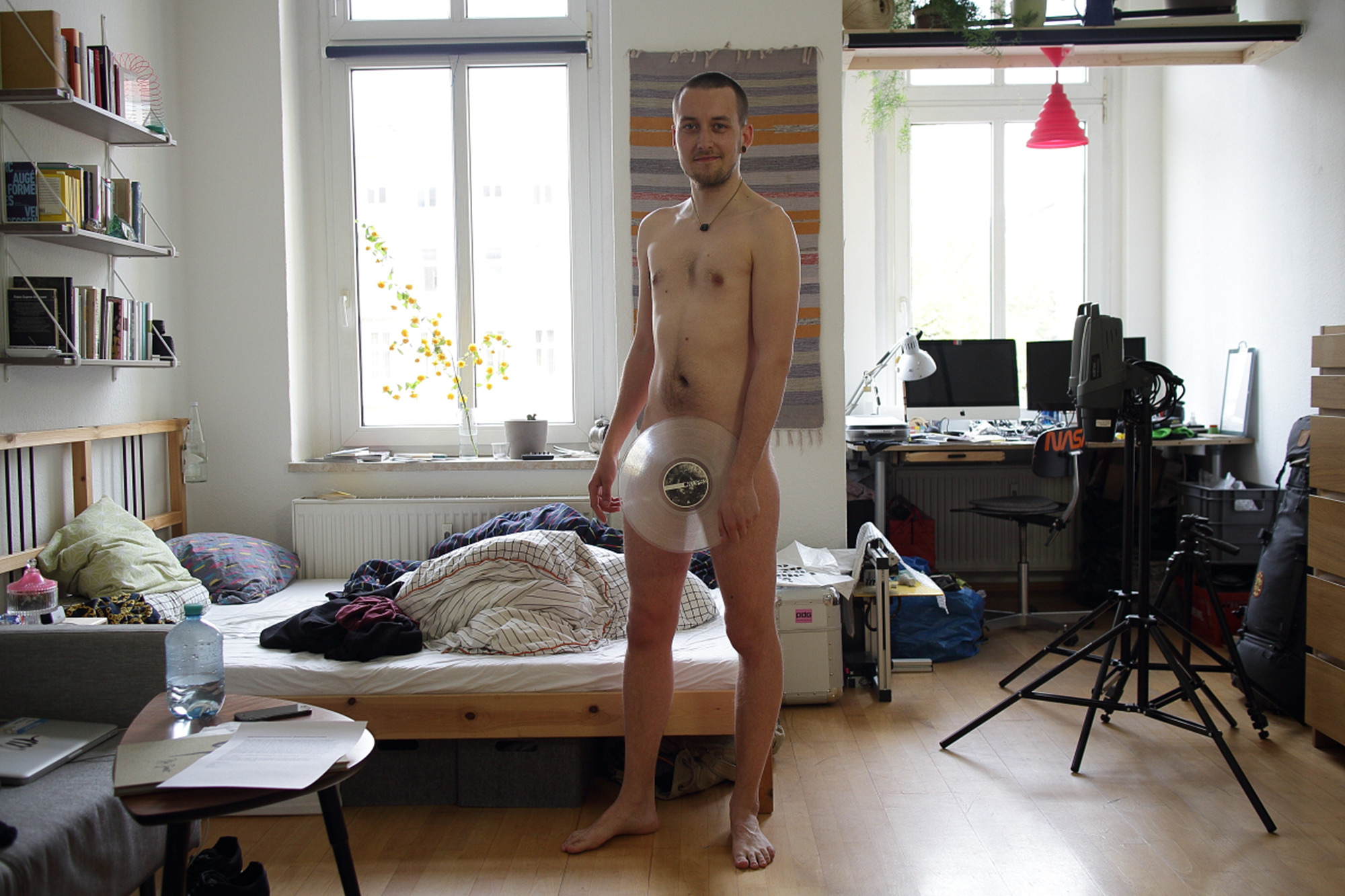