Heavenly electro pop from one of Germany’s best 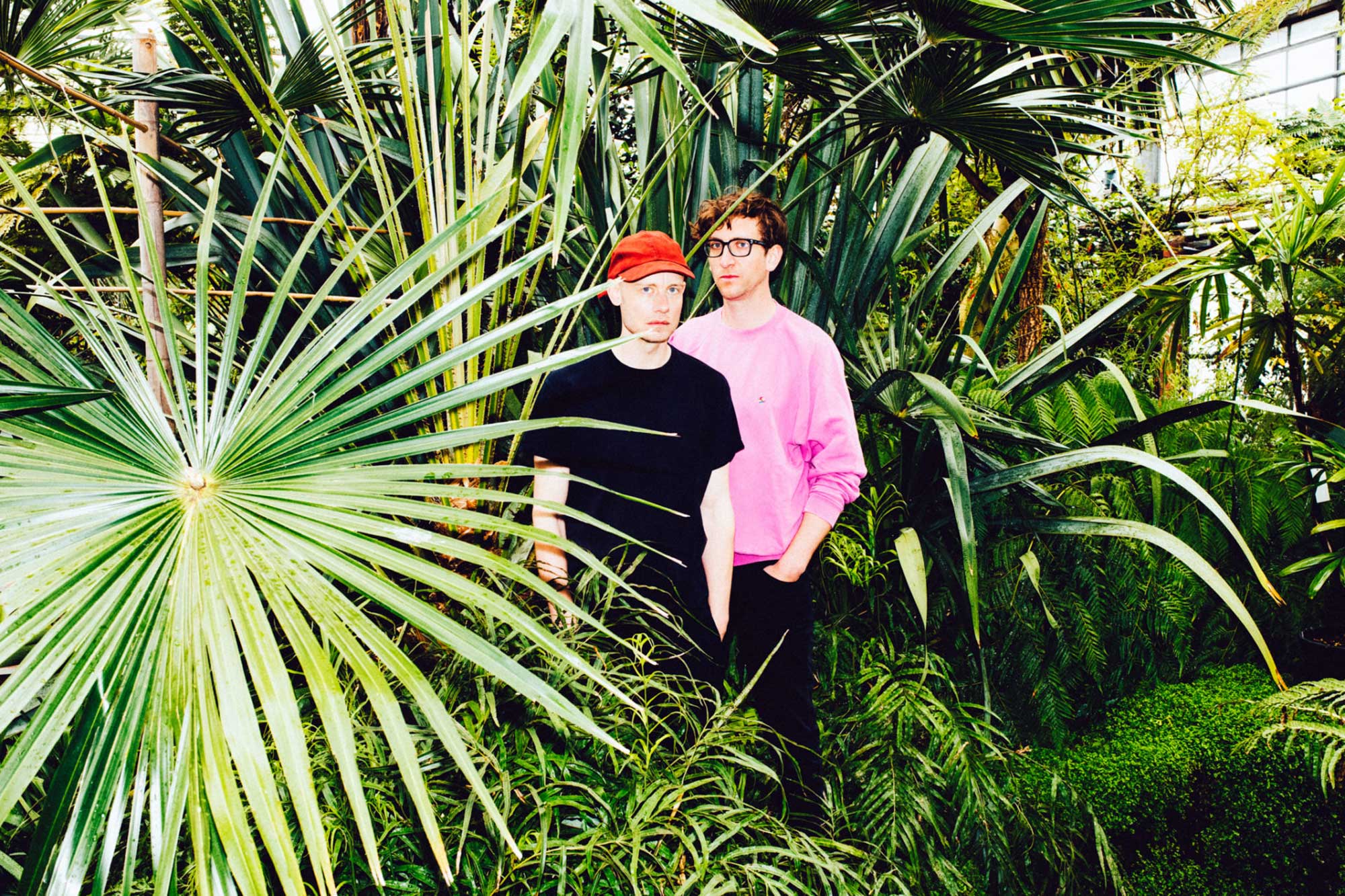 Hailing from the poppier side of Germany, in the hit-making factory city of Cologne, electronic pop duo COMA recently released their latest LP Voyage Voyage on Berlin label City Slang. Catching up with the dreamy, melancholic act just before their show at Urban Spree, we spoke to COMA about their latest LP, life in Cologne, as well as picking up some pro fishing tips.

There’s something quite astonishing happening within the world of German electronic pop music right now. When all the right ingredients come together, the combination of forlorn vocals, sombre sounds and whirring electronics seem to create that right amount of energy and buzz that works on all the right levels. And on all accounts, it looks as if Cologne seems to be the very melting pot where all these factors have been brewing together. Just in recent times, the German city has spawned the likes of Roosevelt, Woman, and of course, COMA.

Sitting in the City Slang office in Berlin, the band’s new label home, Marius Bubat, Georg Conrad are pretty relaxed after a day of press activities. Their new LP they’re in town to promote — Voyage Voyage — is a delicious, colourful album fill of wistful vocals and playful synths. Everything about the record has been carefully considered, from the artwork to the track titles, and instrumentation. It’s an LP that that brings the duo’s sound from the club onto the stage. And a big stage at that.

“As you can hear there’s been some development, it’s more band driven,” says Conrad about the LP. Their previous albums to date, as well as the majority of their music, was released on Kompakt, Cologne’s very own power-house label. With Voyage, Voyage however, their first album in four years, the duo are showing signs of evolution, one that’s been influenced by personal circumstances and personal growth. Tracks have become songs, with deeper instrumentation. There’s even been the inclusion of a live drummer, Niklas Schneider. “He was on tour with us before,” Bubat says about their new percussionist. “We took him and played a few more festivals. It gave us this connection, and we had this feeling that this style of presenting it was more exciting.”

Although the music has still inherently remained their own, the songs have become more personal, they have grown yet more melancholic, in addition to gaining a stronger, and maturer intensity.  “It’s always like that with our music,” says Bubat. “Maybe it was less song based, but I think even if you listen to the old stuff, there’s always this melancholic vibe.” Developing into an act that performs less for the club punters, and more for the concert crowd isn’t something new they tell, but an element that’s always been a part of their framework. “For three years we’ve been trying to do more band shows,” explains Conrad. “There’s no specific reason we don’t do clubs, it just feels that you get more appreciation at a proper concert. People only come to your show because they want to see you.”

Even though they were mainly associated as a club throughout their early career, the two are keen to stress that making music as a band, using guitars and instrumentation was always at their roots.

“We just slipped into club mode before,” stresses Bubat.
“And it’s always been a mixture of both worlds we’re trying to fuse,” adds Conrad.

The two producers moved out of the suburbs into Cologne when the city was in full bloom, and gaining worldwide recognition for its budding sounds of melodic techno and electronic pop. Not one label befit this era more than Kompakt, home of Michael Mayer, Gui Boratto and the like. The marriage between COMA and the label was a perfect match, and one for the ages. “For us it was totally exciting,” states Conrad. “We felt like we were part of something.” During this period there was a certain comradery between the Cologne greats, Roosevelt, Dillon, Ada, and of course COMA, all of whom shared studio spaces and collaborated often. Although the city is still a thriving melting-pot of young, musical talents, its scene has of course changed, developed into something new. “It changed a lot. It’s more diverse. There are places opening and closing, but we cannot compare it to Berlin,” adds Bubat, who also spends half of his time living in the capital.

Along with the group’s mature sound and development, also comes a greater connection to nature and surroundings, especially that of the Baltic Sea, which played a large influence in the record’s conception. “I wrote an essay for an American website, because they wanted to know more about this,” laughs Bubat, when I bring this up. The Baltic Sea reference comes from Bubat’s love of fishing, and the peace and serenity it provides. “I like it when nobody else is there, and it’s just me, it’s very inspiring. I listen to a lot of the demos we make, and can then think of my own ideas.” The sea’s influence runs throughout the record, from the wavy artwork, live visuals, and fluid esoteric sounds in the tracks. The new album even leads with a track called ‘Snurrebassen’, a bespoke, handcrafted piece of fishing tackle. “I wrote the lyrics while at the Baltic. It just feels like a really good word for the song.” And of course, it has the word ‘bass’ in it, which surely helps.

A few days later and the band setup to play the first show of the new tour in Berlin. Crammed into the tiny ghetto-hovel that is Urban Spree, the young baying crowd, who have packed out the grungy space far too punctually, give the concert more of a secret-show feel. The band has that big-time feel about them, and it is without doubt the smallest place they will be performing at over the next few years. With a beautiful deluge of multicoloured visuals, Bubat and Conrad spend the night interchanging between guitar, bass, drum machines, synths and vocals. As they swap instruments in-between tracks, their stage setup eventually morphs into one constantly mutating instrument, with Schneider all the while providing steady kicks, and the odd thrashing of the hi-hats. As they launch into their new song ‘Spiracles’ with the infectious chorus, ‘The faster you turn, the deeper you get’, it all feels very relatable to the band’s progress, as they get bigger and bigger within the grand scheme of things.

Voyage, Voyage marks a new chapter in the band’s evolution, stepping out of the shadow of the Cologne sound, turning faster, getting ever deeper.