Underground and Out There 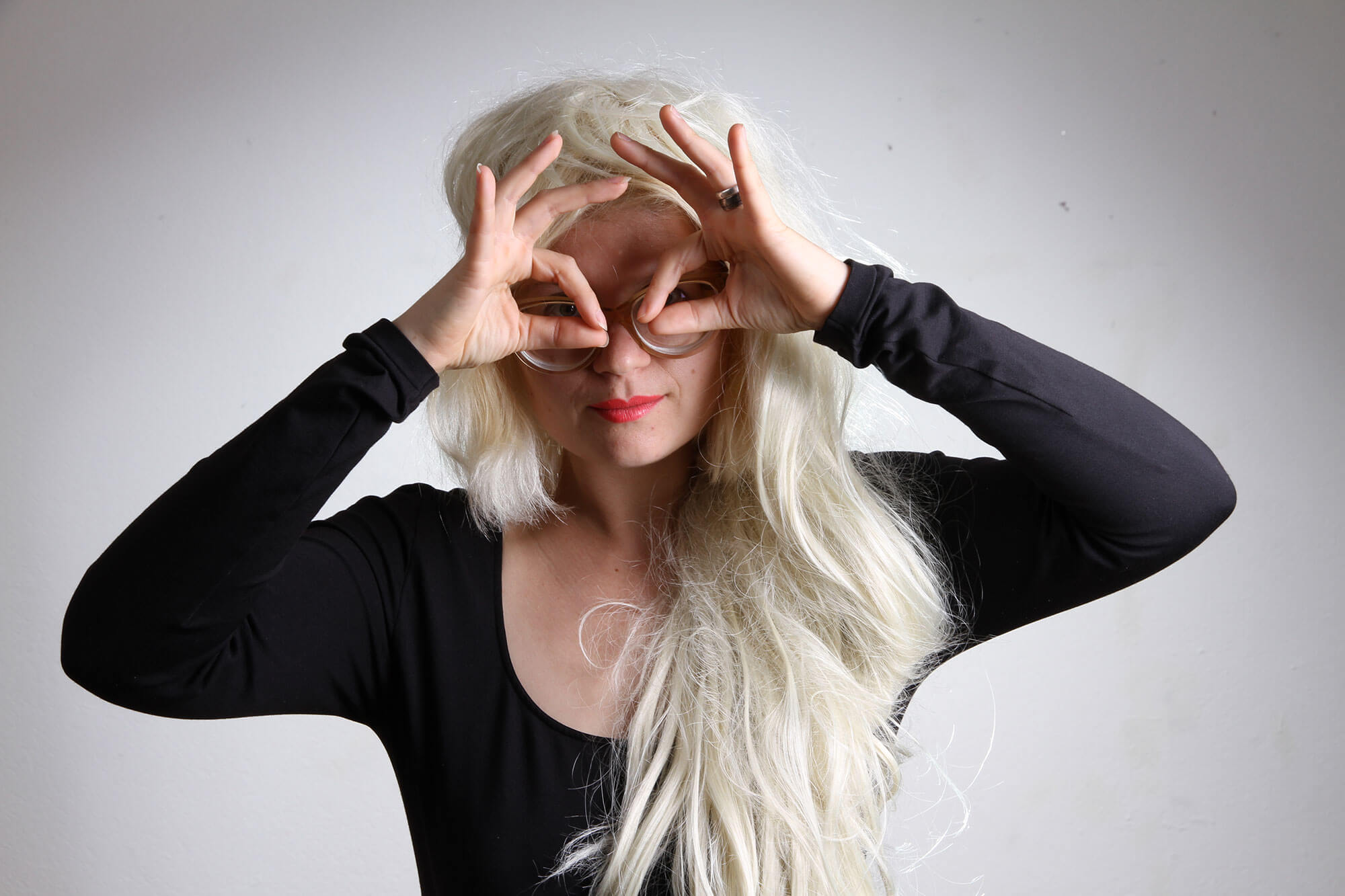 Mary Ocher released her first song at age 14, and she’s been performing, writing, and creating ever since. Two decades and dozens of records, poems, films, and collaborations later, she’s taking her knowledge and channeling it into the Underground Institute (UI), a new agency and platform. UI is focused on “the finest in music that’s Out There,” a fitting mission statement for a new venture that defies easy categorisation.

Mary Ocher arrived in Berlin 13 years ago and quickly established herself in the cultural landscape here. She has launched dozens of collaborations and projects that span across the mediums of music, performance art, spoken word, poetry, film, photography, and video. Regardless of the artistic configuration, Mary’s work has always explored the darker side of socio-economic issues: capitalism, class warfare, migration, displacement, xenophobia, and geopolitics. Often set against an eclectic musical backdrop, her music ranges and roams from avant-garde to indie to folk to electronic and beyond. Ocher’s work has attracted a wide range of co-conspirators, including Molly Nilsson, King Khan, Sasha Grey, and Felix Kubin.

Mary’s latest project, the Underground Institute, is merely the next logical step in her multifaceted career. It was originally conceived as an agency and culture platform for ‘adventurous music’, but as the pandemic continues to keep venues shut and stages dark, UI is also poised to serve as a vital vehicle for connecting communities of artists, promoters, and supporters.

The agency launch has already been rescheduled and reimagined multiple times, but will finally take place on Thursday 19 November as a TV-show-style livestream hosted and curated by Mary. Leading up to the launch event, we had a chance to ask Mary why she decided to start an agency, which artists she’s most excited to introduce, and what she thinks about the future of Berlin’s music scene. 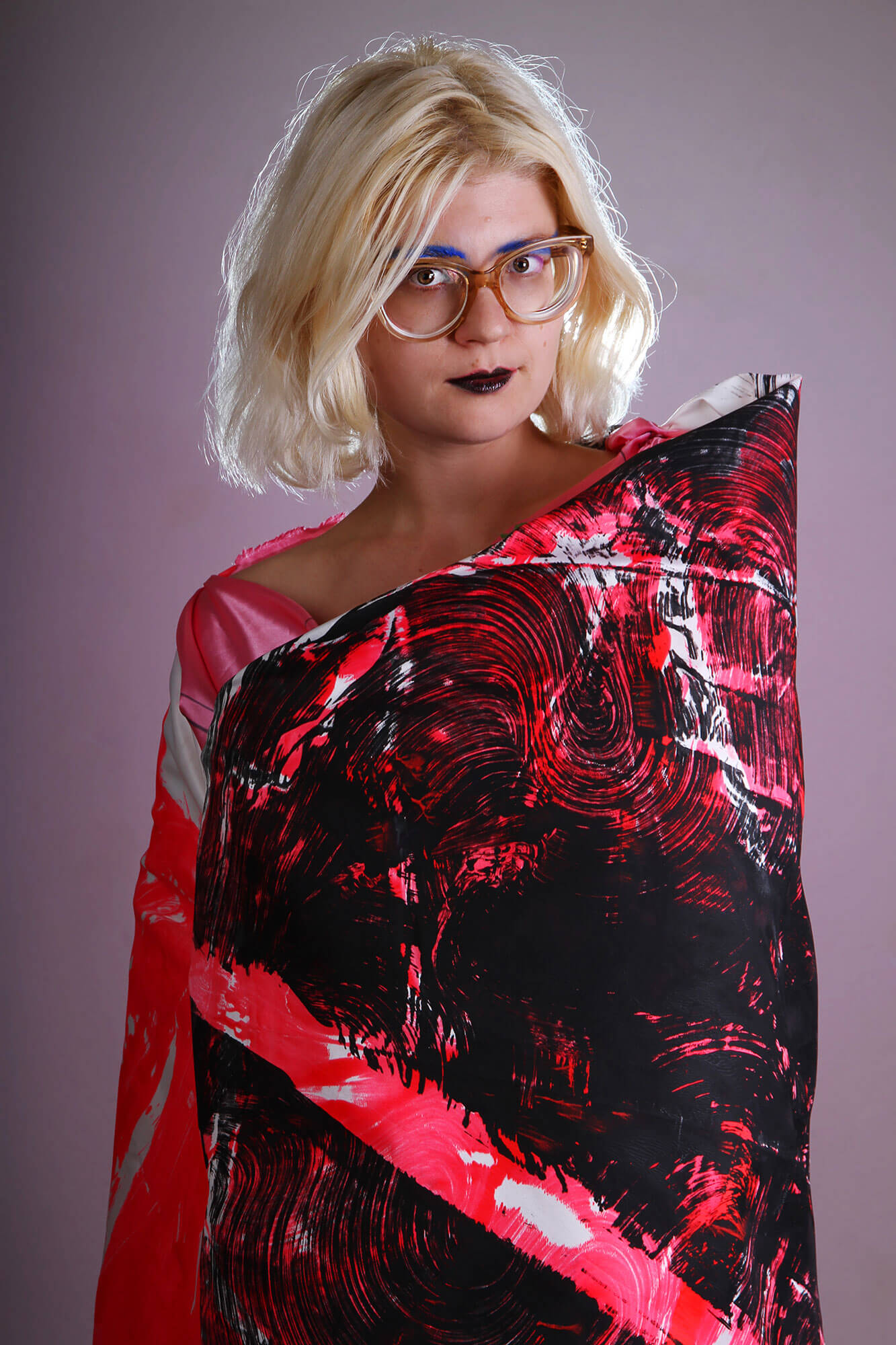 Next time someone says there aren't enough great experimental female artists out there, they should eat their hat.

When did you come up with the idea for the Underground Institute?
The Underground Institute has been a long time coming, but we started testing the ground at the end of 2019, just a moment before everything paused. We’re a big international network in the form of a little boutique unit for leftfield and experimental artists who I love and want to see thrive. The UI came together to fill a gap where these types of structures did not previously exist.

What inspired you to launch UI now, in the midst of a pandemic? What is your vision for the platform?
The launch event was first set for May, then August, then November. The second lockdown forced us to come up with a live broadcast TV show format instead of a live show. We know that by now, everyone’s tired of streams. Our entire concept changed from what it would have been had it been a regular show with an audience, to a live online TV affair. There will be in-between bits, a panel, and interviews that will remain online after the live broadcast.

I’m most excited for people to watch the live sets from Ya Tosiba, Audrey Chen, and Gloria de Oliveira, three very diverse and very bold artists. Next time someone says there aren’t enough great experimental female artists out there, they should eat their hat. These are great artists, period. Not great female artists.

I’ve been sharing knowledge and resources with agents and artists and encouraging everyone to do the same. That’s how most of us got where we are – with the collective help of supporters and friends. And we’re looking for more agents to join, despite the odd timing.

A Selection of UI's Artist Roster

In a year when live music has come to a standstill in much of the world, what creative ways are you and UI artists using to get seen and heard? Has the pandemic spurred any unexpected collaborations or new projects?
It has been a very discouraging period. Our team was reduced to half in the past months, naturally. And all of a sudden, there were little to no possibilities to perform live. And yet, agents remain in the loop with promoters regardless, even if touring may still not be on the horizon for a while. We try to keep everyone hopeful, because we have to. We can’t just quit doing what we do. In the meantime, we’ve been curating the UI Picks and the new UI Picks Vids series.

The UI Picks is an artist-curated radio series. Each episode is on a certain theme related to the artist, and each one is curated for one of our partners – Soho Radio in London, Jolt in Miami, Dublab in LA, Kiosk in Brussels, and others. Among past and future guests are Mehmet Aslan, Felix Kubin, and Lydia Lunch. Each artist takes you on a journey into their own universe, and some choices are really remarkable. You’re bound to discover something new, even if you’re a hardcore music nerd like most of us are.

The music video series is a new collaboration with It’s Psych Baby Mag, featuring filmmakers, musicians, and video artists we love. Each artist picks five of their favorite music videos by other artists and two of their own.

Live performances and workshops are central to the ethos of many of the artists on UI – how are they adapting to a live stream world?
If anything, this year taught us to remain flexible and humble; to always keep your ears perked up. All of a sudden, it was impossible to plan ahead at all. It also taught us not to take international travel for granted – you’d get so used to being in so many countries in a month, but now it’s a luxury to be going anywhere. It taught us to take responsibility, both within our communities and towards strangers, and to recognise how fragile everything we know and are familiar with is.

Nevertheless, many UI artists (Eve Maret, Rita Braga, Les Trucs) have been releasing new music, and will keep doing so in the coming months. I hope these releases will still get the most attention possible, despite having no immediate release tours. 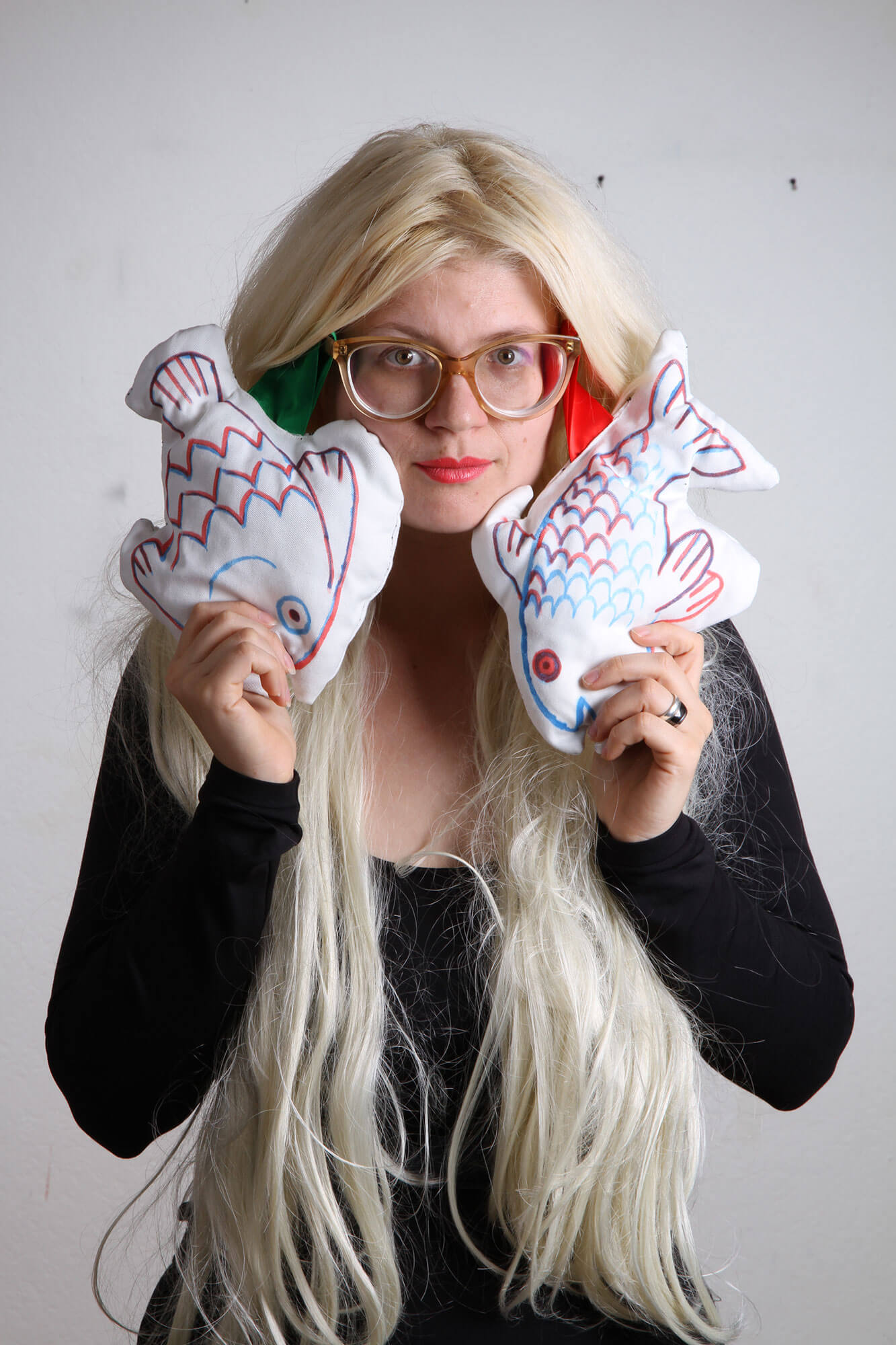 You're bound to discover something new, even if you’re a hardcore music nerd like most of us are.

As an artist yourself, how have you changed the way you engage with audiences, fans, and the public over the past year?
This year I was planning on releasing two records. I was talking so much with labels throughout all of the spring and summer, but then everything paused in autumn. Since touring is suspended, it doesn’t quite feel like the right time to be releasing new music. I feel very fortunate that after years and years of touring, I can have an extended break from work – even if it’s a very odd time mentally. You start wondering what your place in society is without the road, without the audience… and then you remind yourself how fortunate you are to still be doing this.

What impact do you think the pandemic will have on Berlin’s music scene? And on the music scene globally?
Each country is experiencing the situation differently and it’s impossible to say when things will be ‘back to normal’, or what ‘normal’ will be like. In the UK, it is expected that 50% of venues will close down, and in the US perhaps even more.

It will be a big reset or reboot for everything. New structures will emerge, and new spaces in place of old ones. There is something exciting about it, but I worry about all of the fantastic people I’ve met over the years for whom this means financial ruin.

Bonus question: when we can safely attend live performances in close quarters again, what’s the first show you want to play or curate – where and with whom?
Some festivals we love and that I hope will be able to book UI artists in the future are Supernormal, Meakusma, Contrapop, Big Ears Festival, Popkultur, Tusk festival, and Le Guess Who. We’ll have to start catching up with everyone as soon as the world is healthier again!

To find out more about Mary Ocher’s body of work, past and present, visit her website. Information about the Underground Institute can be found here, and the link to UI’s livestream launch is here. 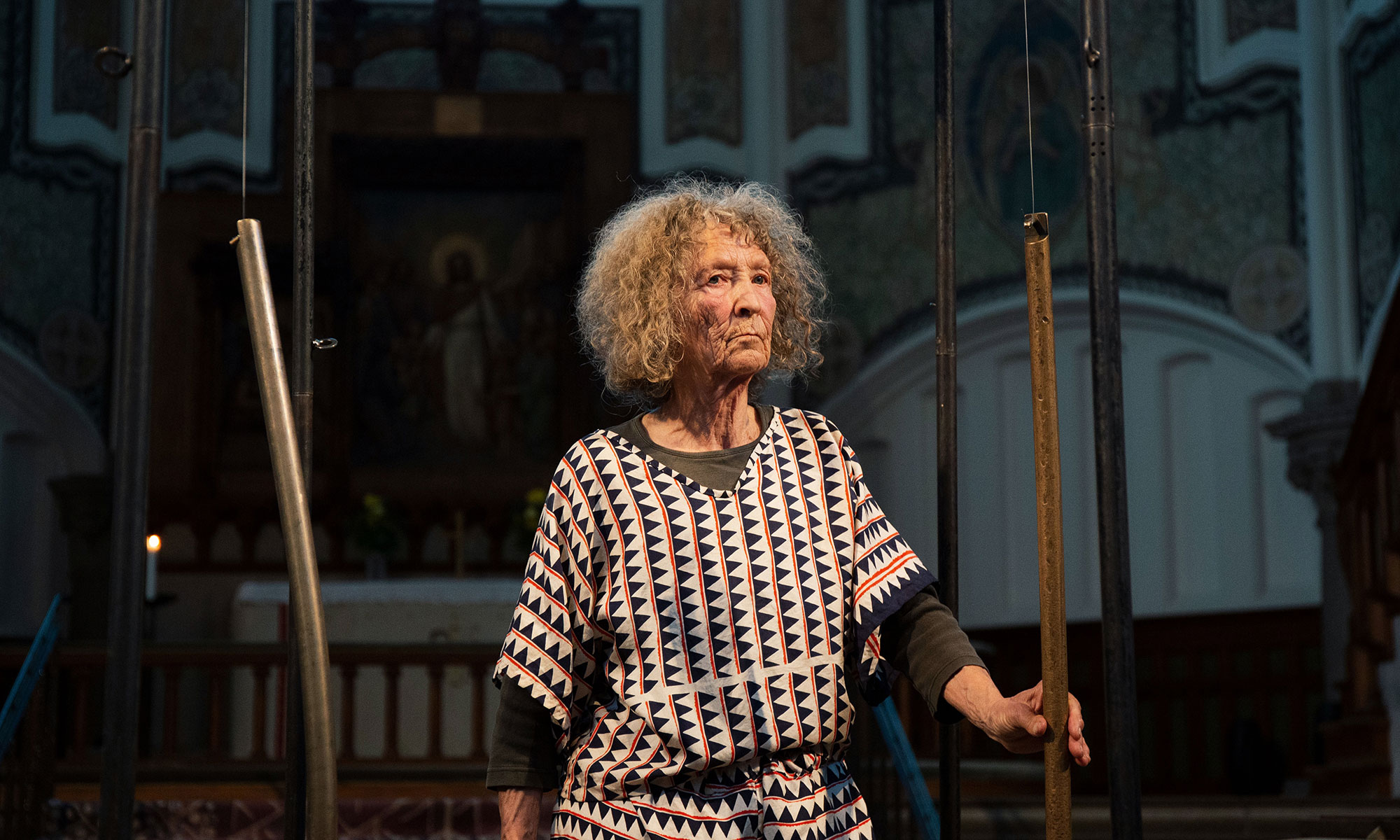