The Gift That Keeps on Giving

Frontwoman Sónia Tavares shares her thoughts ahead of their Berlin show 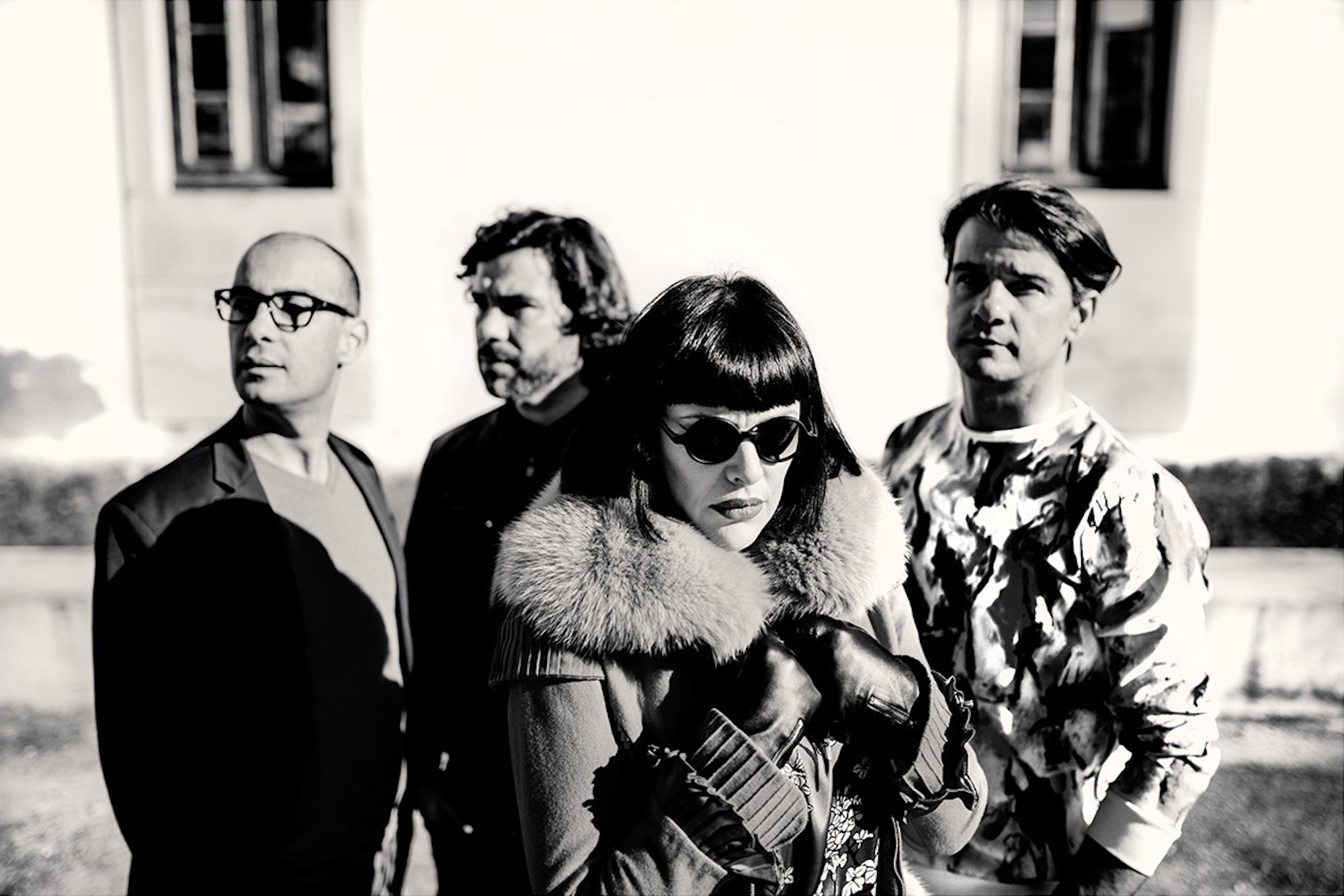 Brave, lush, brash, and charging ahead with the smiling, yearning, weeping, loving energy only pop music can deliver, The Gift are a band who invite everyone to pray at their altar. They’re a broad, glittery, unapologetic offering to live music enthusiasts everywhere. Frontwoman Sónia Tavares – a powerhouse of gale-like vocals and deific stage attire – chats to us ahead of the band’s Berlin show.

What are you listening to during this tour? Silence mostly. I am more of an earplug girl when I am on tour [laughs]. Anyway, the other day I was rocking out on my husband’s car to Bauhaus, one of my all time favourites. Peter Murphy rocks!

You’ve been together since 1994. How have you changed as music-makers since then? I believe that bands born in the ‘90s had a very special context. A lot of stuff was happening in pop music back then. It was getting lush with Pulp or Divine Comedy, harsh with some rock vibes or dark and symphonic with trip-hop. When we did our first albums we were enchanted by the scene. It prepared us for the future; we like to keep it positive, even if sometimes nostalgia strikes. It’s a sign of the times. We changed because everything around us changed, we became more focused but our emotions are even truer now.

Lyrically, Altar is very rich. How important is it that your songs’ messages are understood? Well, it all goes hand in hand with The Gift. It’s a hard job to get things that are both meaningful and well-sounding. As a matter of fact, Brian [Eno] helped a lot to get the lyrics going, he loves to write stuff and create or tell stories. It’s hard for me to say what we are about lyrically, so I express myself when performing live as a portrayal of the feelings in the words. And they can be a lot: from lost love to dancing in the street – we’re from Portugal, remember [smiles].

‘Love Without Violins’ and ‘Clinic Hope’ are instant anthems. Did you begin writing them with this intention? Danke schön! Well, we have always been about the songs. Our songwriter Nuno likes to create songs that stick in your mind, something everyone is capable of sharing. That’s the magic of pop, he believes. So we always try to have the songs very well put together, with a little glitter here and there, and yes that’s our intention with all of our songs, but some songs just shine through and that’s more up to the fans and the people sharing our music, really. 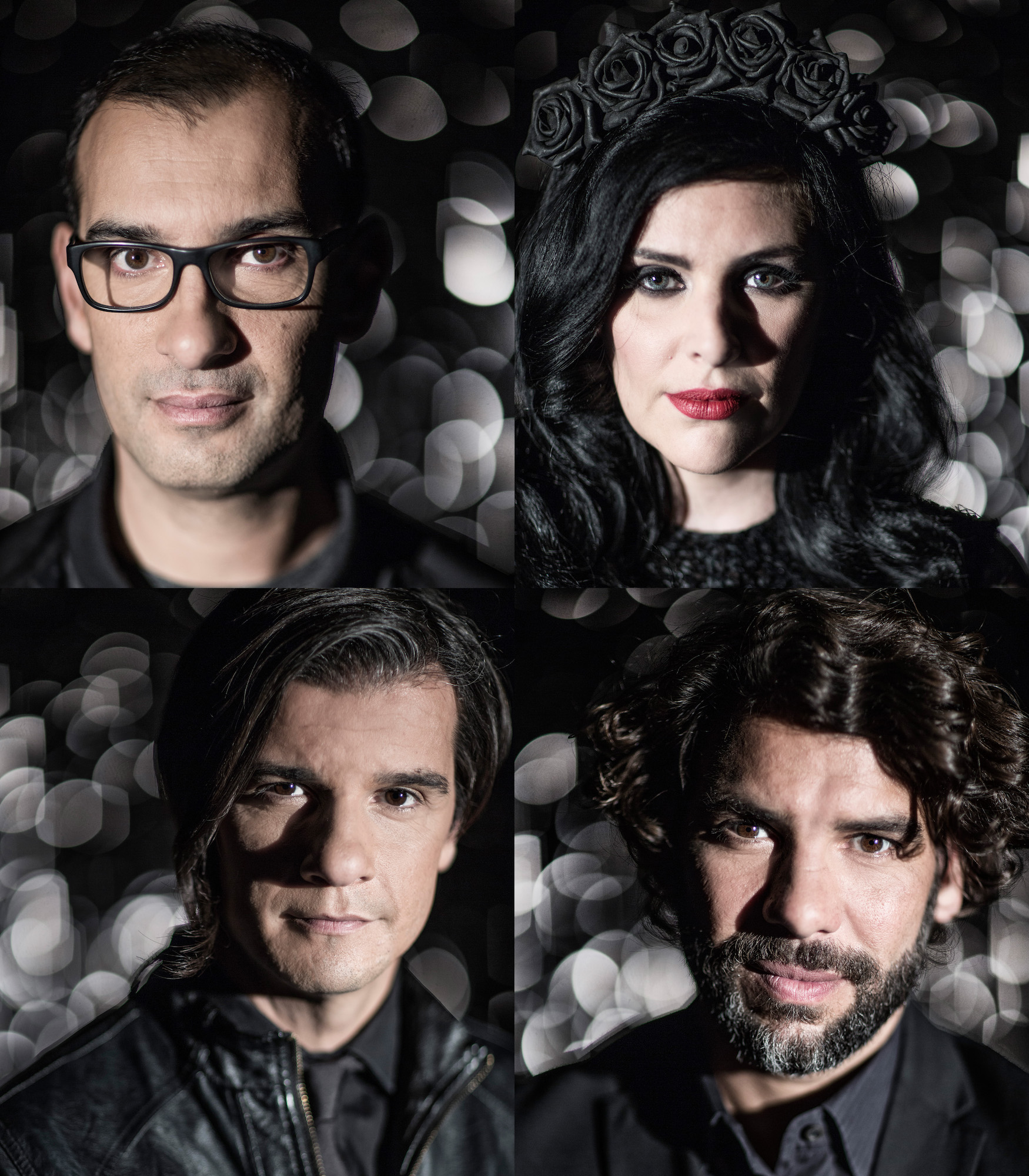 As you mentioned, you worked with Brian Eno on this project. What’s the most remarkable thing you learned from the experience of working with him? Brian is a very complete human being and he somewhat has ‘the gift’ [laughs] of surprising you every day he works with you. Small or big things. That was the magic of working and hanging out with him. Sometimes it was just music, music, music and other times we stopped so we could go and check on the marmalade he was doing. That said, it was remarkable to work with him, and we learned a lot about everything because that’s the kind of person he is.

There are a lot of synth textures on the record. How much do you recreate all those layers in a live setting? Well, it’s hard work for Nuno. He’s thinking of growing a third hand and foot [laughs]. He has a complex, old-school meets new setup, and he’s wired everywhere, but somehow he pulls it off. Also we are all multi-instrumentalists ourselves, so to add to the layers we have many keyboards that the other guys play. It’s a hard job but also very organic and people notice that when we play live.

What can fans look forward to at your Berlin show? We are thrilled about playing live shows outside of Portugal so other people can get to meet us. I will be honest: there’s no magic trick or tip that will lead you to the concert and we all know that. But I would like to take the chance and invite everyone out there interested in new things; indie pop with a Portuguese touch, a band that plays their guts out and is set to entertain you, then we’d love to meet you at our gig and ‘pray together on our altar.’

Do you have any connections to Berlin? What’s your experience of playing here? We have lots of friends from Portugal in Berlin. There was a lot of Portuguese people moving to Berlin in search of, let’s say, more open-minded postures [winks]. So we will hook up with them and also with the Portuguese community living there, and obviously as many Berliners as we can, so they can enjoy not only a show but also a bit of mixed community and a great atmosphere. We played Berlin many years ago and it was quite fun so we look forward to finally returning.

What do you miss most when on the road? My son. My husband. My bed. My cat.

Any further plans for 2017? To play more shows abroad and to keep on living the dream. We always have big plans. At the moment, it would be great to have a tour in Europe in autumn or winter. Then, maybe European festivals. Who knows? For now, we just wish to have a great and successful show in Berlin on May 30th.

Catch The Gift at Kesselhaus & Maschinenhaus (Kulturbrauerei) on May 30th.