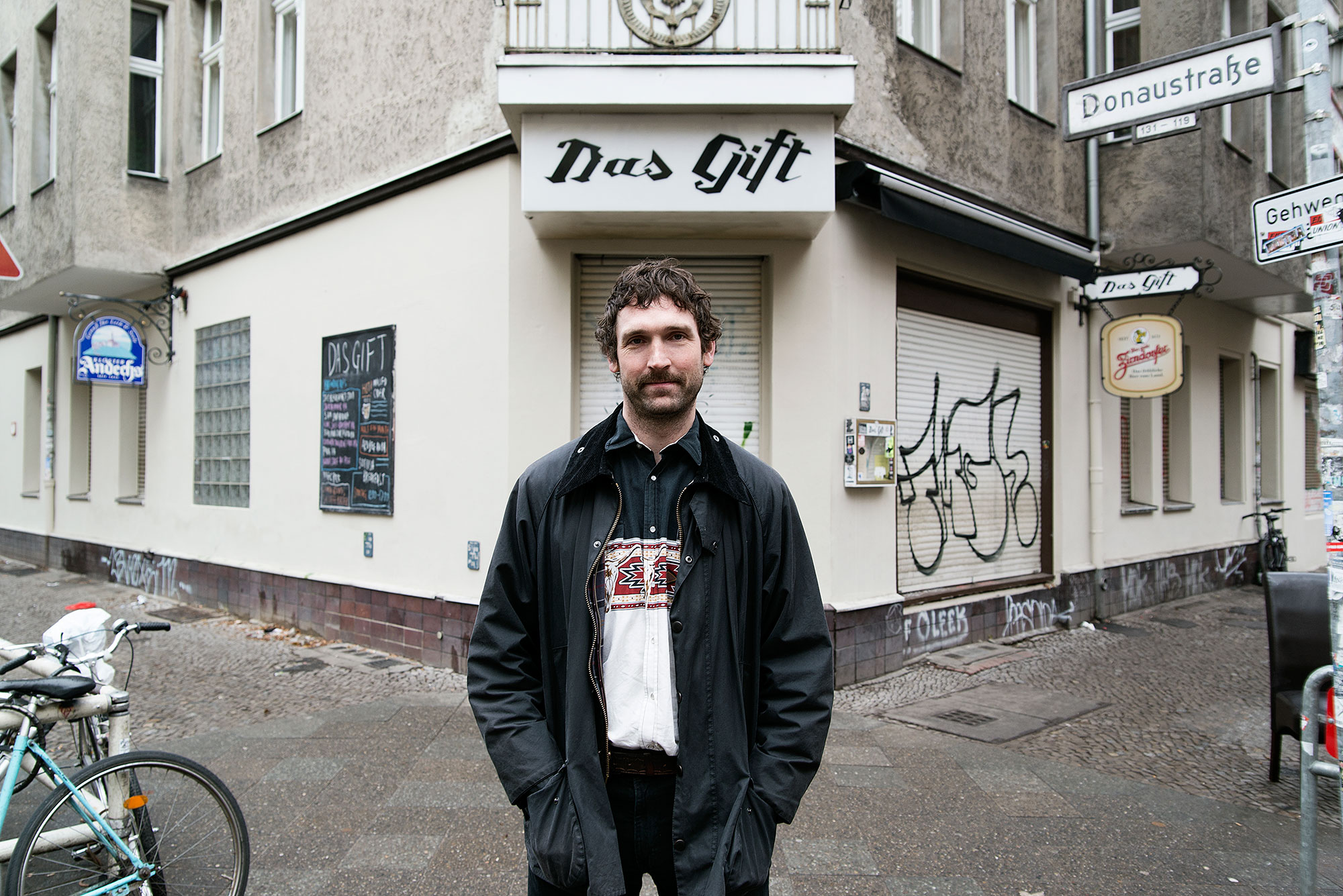 If you’re a music fan based in Berlin, chances are high that you’ve been to a Shameless/Limitless gig. The name is synonymous with a certain stylistic niche and is a badge of quality. With an S/L lineup you know you’re gonna get something considered and cool.

Kevin Halpin is the man behind the moniker. He single-handedly steers the ship, booking all the shows and happenings and making the magic happen. It’s something he has been doing for what is now a full decade, so it’s time to reflect. If pushed, we would describe Kevin as objectively tall, subjectively charming, and always impeccably dressed.

We spoke with him ahead of the big 10 Years Shameless/Limitless extravaganza to find out how it all began and what has changed since then. 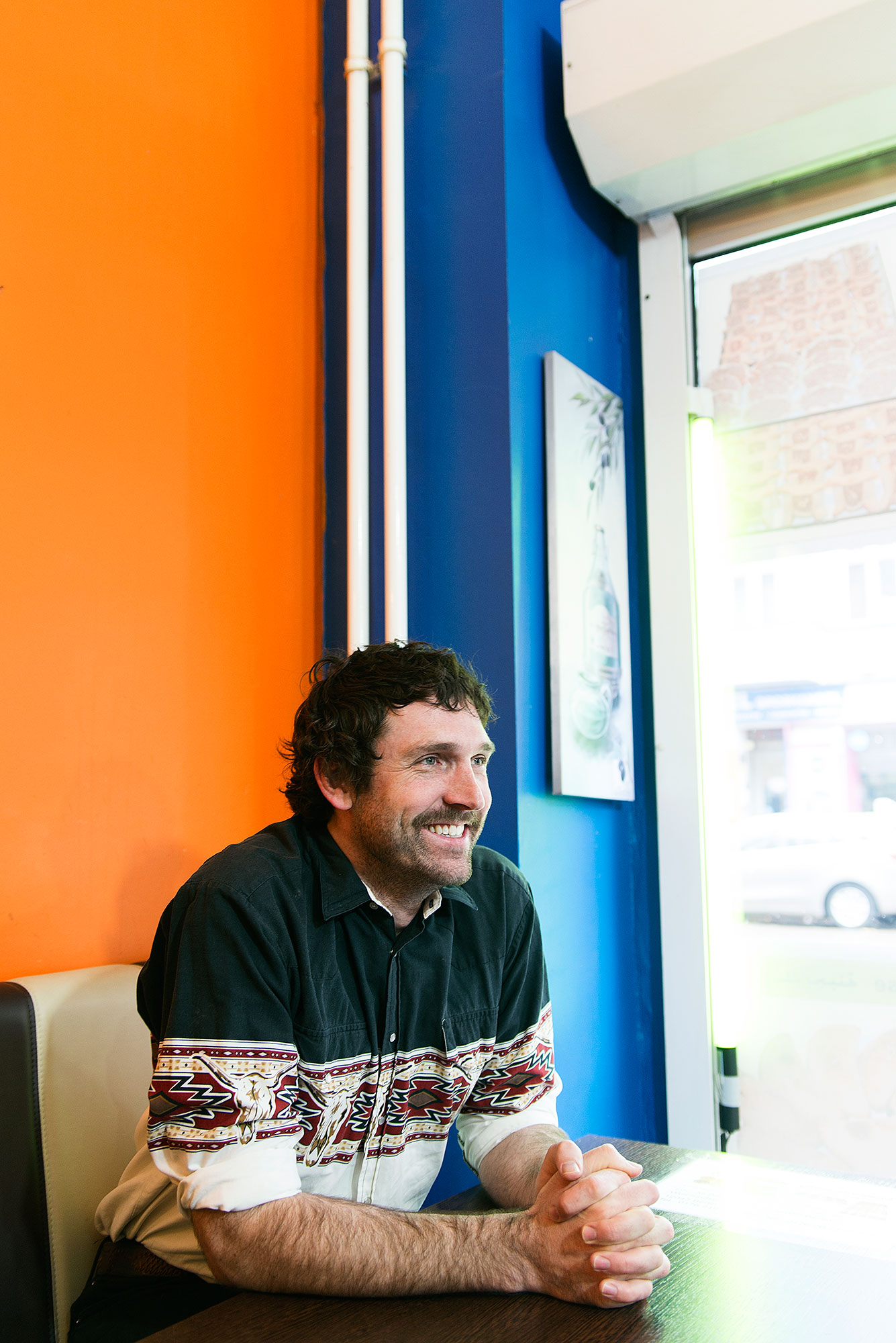 So Kevin, tell us, where do you hail from? I’m happy you asked, as I take any chance I can get to shout out my hometown. I was born and raised in Williams Lake, British Columbia. It’s a small logging and mining town, about a six hour drive north of Vancouver.

When did you get to Berlin, and what brought you here? I arrived in June of 2008. My Berday (I’ve been trying to popularise this term – help me out here) is June 3. I moved over at the encouragement of my older brother, who had been living here for a few years, and who suggested that I come try it out. He’s still around here.

What is the Shameless/Limitless origin story? Did you get bitten by a radioactive spider? It’s not quite that dramatic. The short of it is that I had been keen to work with music for pretty much all my life. Circumstances and luck never aligned to allow for that to happen while in Canada.

Soon after arriving here the realisation struck me that there was no time like the present to take a crack at it, even though I had zero experience or idea of what I was doing. I recall a friend of mine laughing at how genuinely excited I was by the prospect of DJing at a bar – just the possibility of something as straightforward as that represented a great leap forward towards living a dream. And so, the first Shameless/Limitless night came to be at Cafe Warschau on Sonnenalle. My friend (who, fun fact, is flying over from London for the 10 year party) and I managed to pull off four nights at Warschau before the establishment’s infamous proprietor insisted that we move on. 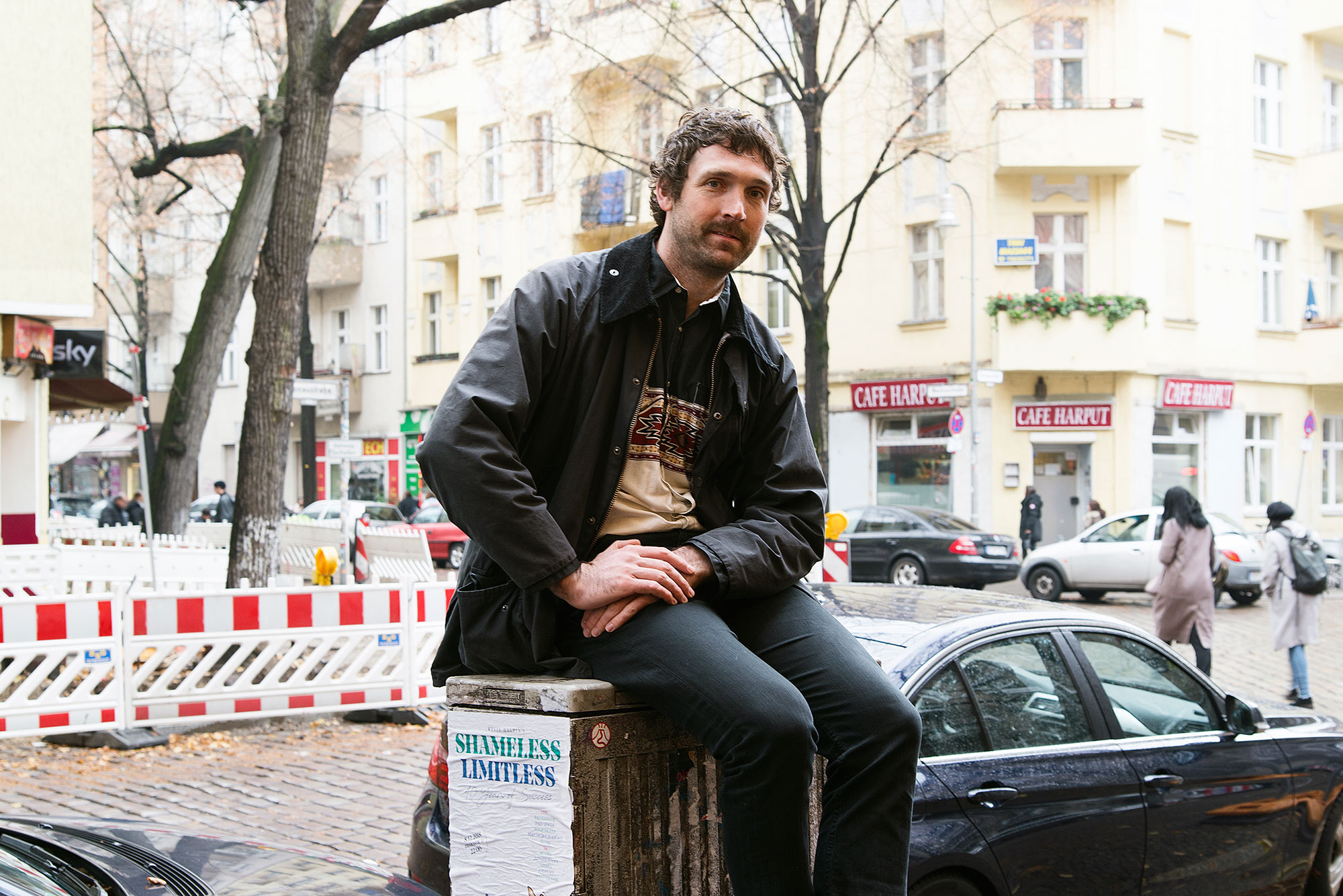 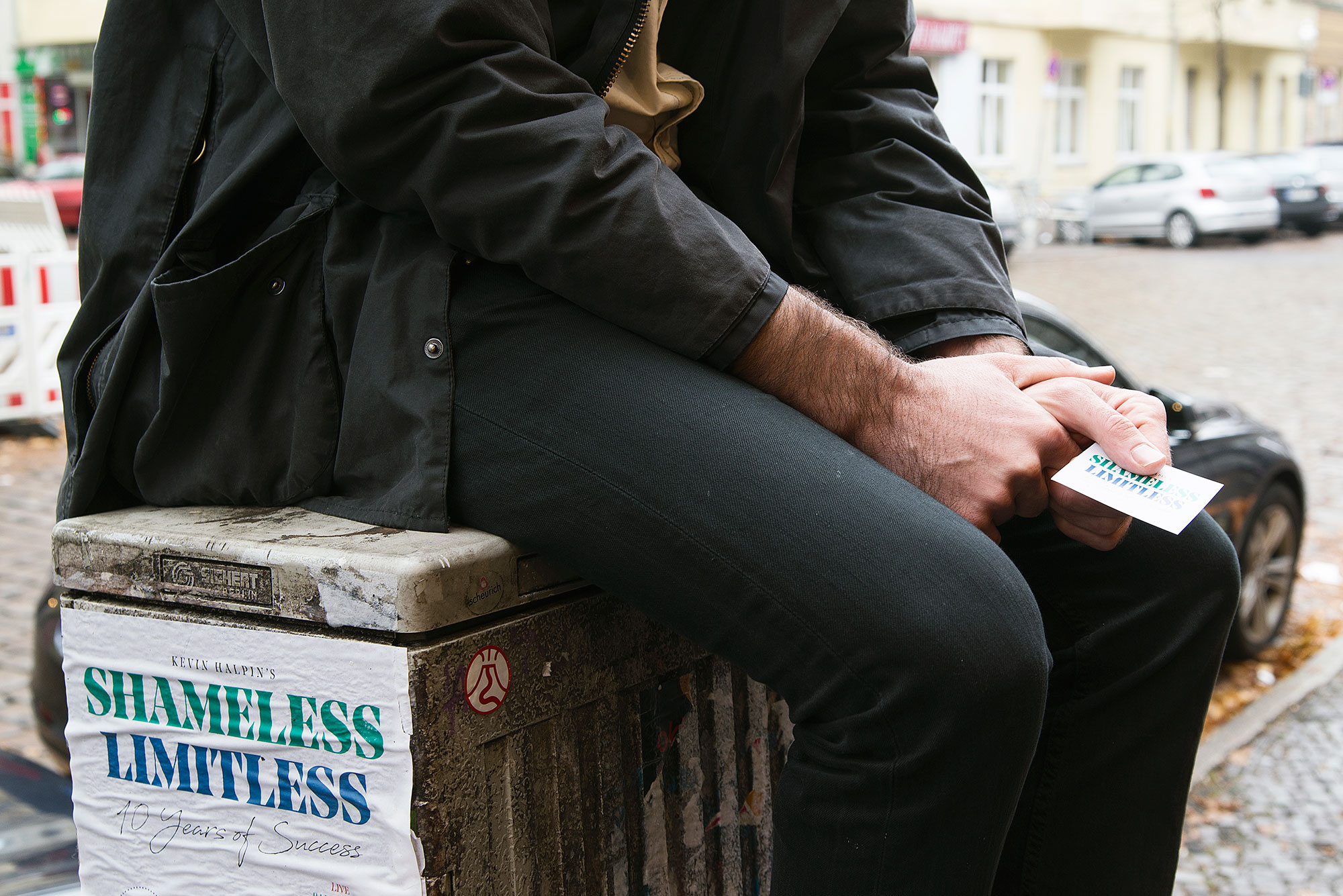 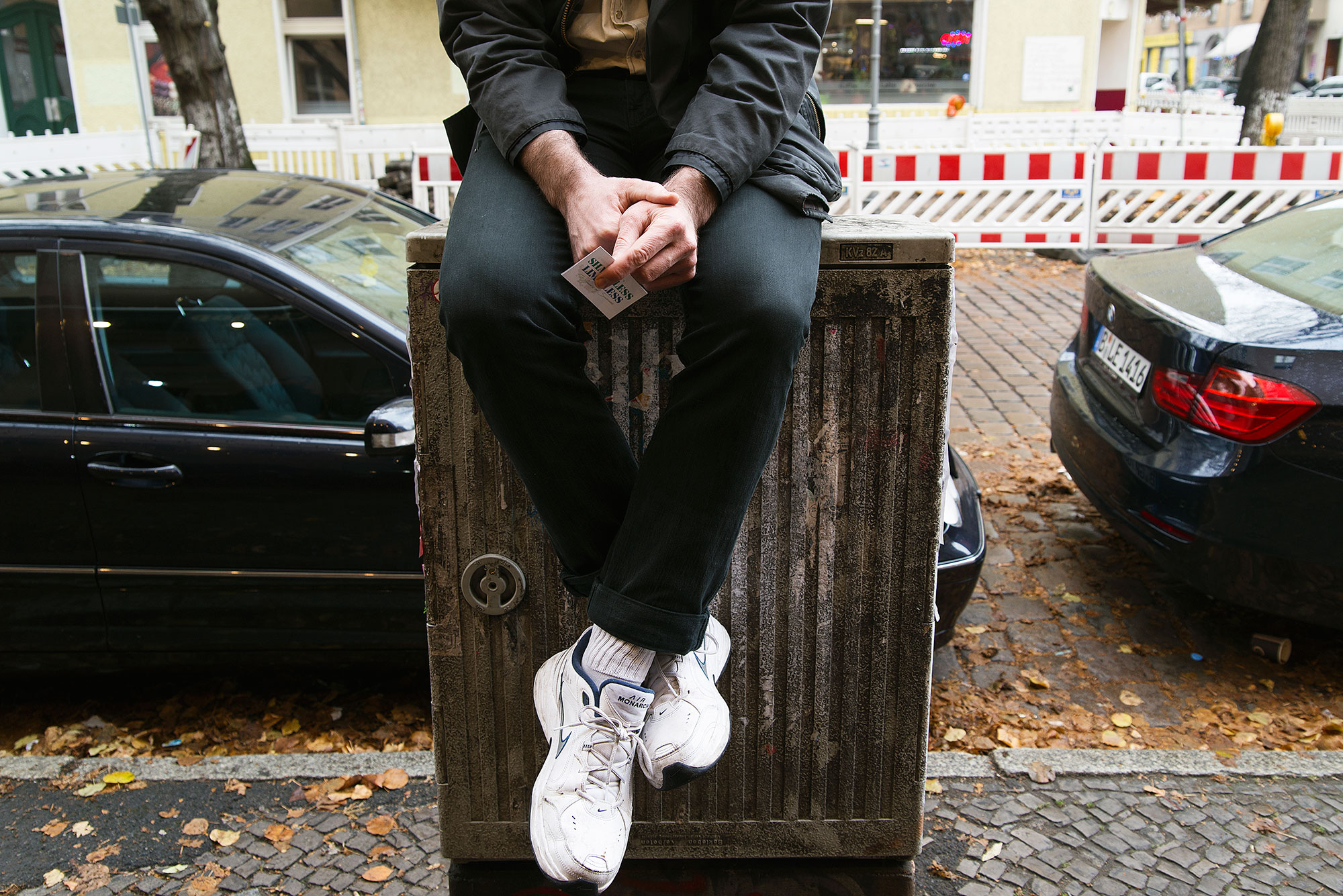 A decade is a long time to have been an independent promoter, how are things different now compared to when you started? Yes and very. I’m open to being corrected on the claim I’m about to make, but my recollection of things is that there was very little in the way of local and live music happening in those days. My feeling was that there was a something of a punk and garage scene operating out of Westgermany, and certain specific promoters (Paper & Iron or Puschen, for example) were bringing touring bands through, but beyond that the live music landscape felt truly sparse.

While there have been other active organisers (Noisekölln, for example) along the way, things were really moving pretty slowly until a couple of years ago, when publications like your own as well as The Chop came to life, Berlin Community Radio came online, and numerous other promoters started running a similar style of events.

The outcome of this proliferation of organisers has been that the stylistic focus of my events has sharpened greatly. Whereas I used to book club nights and folk gigs, punk shows and noise happenings, I’ve now narrowed in on a world which has been especially supportive of me, and from which numerous Berlin success stories (Better Person, Magic Island) have arisen: that of the Neukölln Soft Rock / Post Schlager scene.

How has the Berlin music scene changed during the past ten years? I recall that, in my first summer here, I was out most nights of the week. I think that I went something like three or four months before ever hearing a song that I recognised. The world that I found myself in then was very much dominated by minimal techno and club music, the likes of which hadn’t theretofore been readily available to me. Fast forward to today, and I pretty much only listen to music made by friends and neighbours. I’m not sure that says so much about the change in Berlin music as it says about the difference of my place within it. In any case, it’s interesting to reflect on. 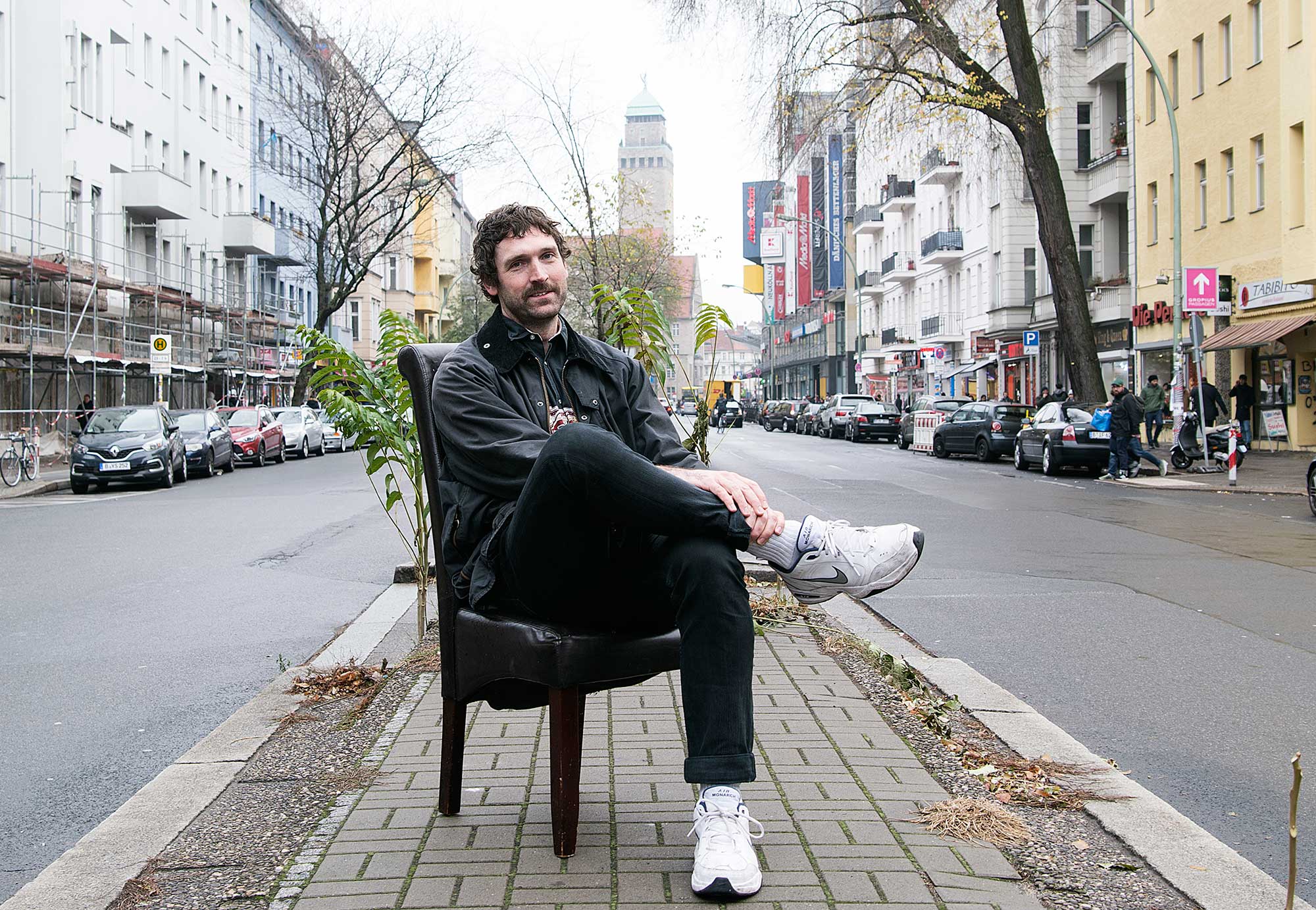 What about Berlin in general, what kind of changes have you felt in that time? Something that struck me in my early days here was that it really felt like the city couldn’t be bought. Open air parties in abandoned buildings along the Spree, the almost total absence of any employment opportunities (especially in the English speaking world), a real premium placed on having as much free time as possible while simultaneously doing as little as possible with it – it really was a remarkable state of affairs.

And what about you as a person, how have you changed in ten years? Forgive my laughably predictable millennial response here, but I think that what’s most notable has been my avoidance of / inability to settle into something which could be described as normal adulthood. From working 4-5 interconnected yet distinct jobs (flag: job insecurity) to still going out most nights of the week (flag: Peter Pan syndrome) to the utter confusion and intimidation I feel in regards to German bureaucracy, I think I’ve found the cure to aging – my lifestyle is in many ways that of a 25 year old’s.

Has this had an effect on the way you promote? If anything, it has kept things the same: I came upon a formula which works for me (smaller rather than bigger rooms, solo / duo projects rather than full bands, an emphasis on promoting though my own channels rather than depending on outside publications) and have more or less stuck with it.

Have you kept track of the number of shows you have promoted to date? I have – the tally is 450 plus events, with just over 300 different acts.

If you had to describe a typical S/L lineup, how would you do it? Punk of spirit, soft of soul, generous of melody and independent of mind. 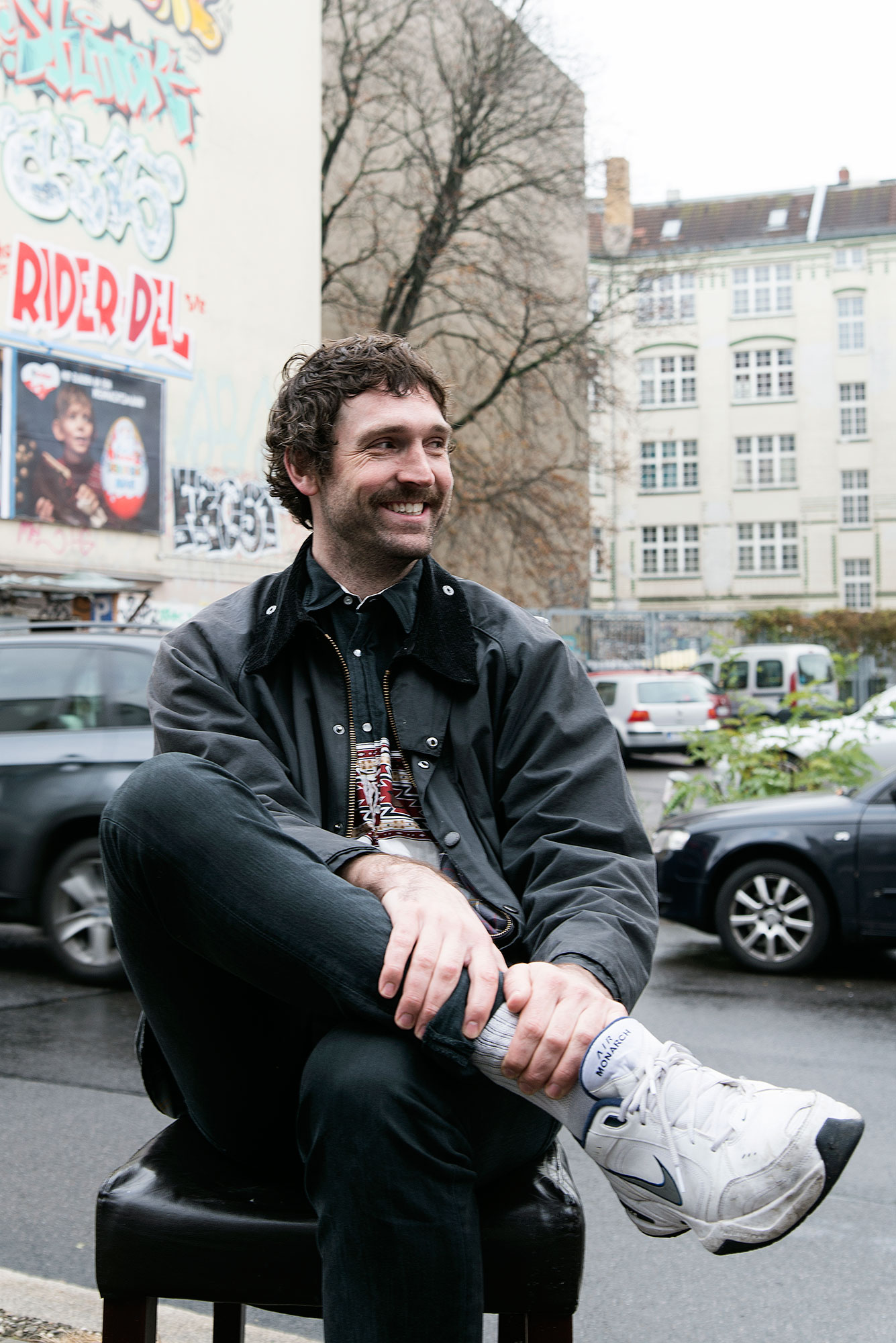 Do you think that when people see that S/L is behind a show, they know what to expect? And if yes, what is that? I think that for a long time they didn’t (see previous comments on the variety of genres I used to book), and it’s possible that that “anything goes” approach got in the way of a clear S/L identity. Which is fine and dandy, as “anything goes” was the goal and the point.

Genre aside, an overarching goal over the entirety of the project has been to operate with an eye on affordability for attendees, and so I’d like to think that show-goers approach my events with an understanding that, what the event lacks in high-end PAs or top shelf drinks, it makes up for in spirit and community mindedness.

We’re great admirers of your brave sartorial choices, how would you describe your personal style, and where do you pick up your fine garments? That’s kind of you to say, especially coming from someone as sharp as yourself, Jonny.

I’ve got a couple spots around the world – a Humana shop in Riga, Urban Jungle in Bushwick, the Salvation Army on Borland Street – which have proven to be veritable treasure troves of clothing that suits my needs.

As far as describing my style goes, I supposed the old adage “variety is the spice of life” applies. It’s just more fun to walk around as a goateed jean jacket toting truck driver one day and a turtleneck sporting cigarillo smoking urbanite the next.

What do you most enjoy about promoting shows? Forgive me for not saying the music. While that’s obviously a huge part of it, I think my favourite thing is actually seeing groupings of people come together in the service of a fun night out.

It’s hard to make a living as an independent promoter. Do you have any side hustle gigs to keep you going? Right you are, and yes I do. For a long time my main gig was teaching English. Teaching has fallen by the wayside since taking a job handling production at DISK agency. I additionally program Torstraßen Festival, help with DJ bookings at Das Gift, and also book a few artists with whom I have long working relationships: Infinite Bisous, Molly Nilsson and Skiing. All of which – surprise surprise – are taking part in the 10 Year S/L party.

10 Years Shameless/Limitless takes place on Dec 8, keep up to date with S/L via Tumblr, Instagram and Facebook. 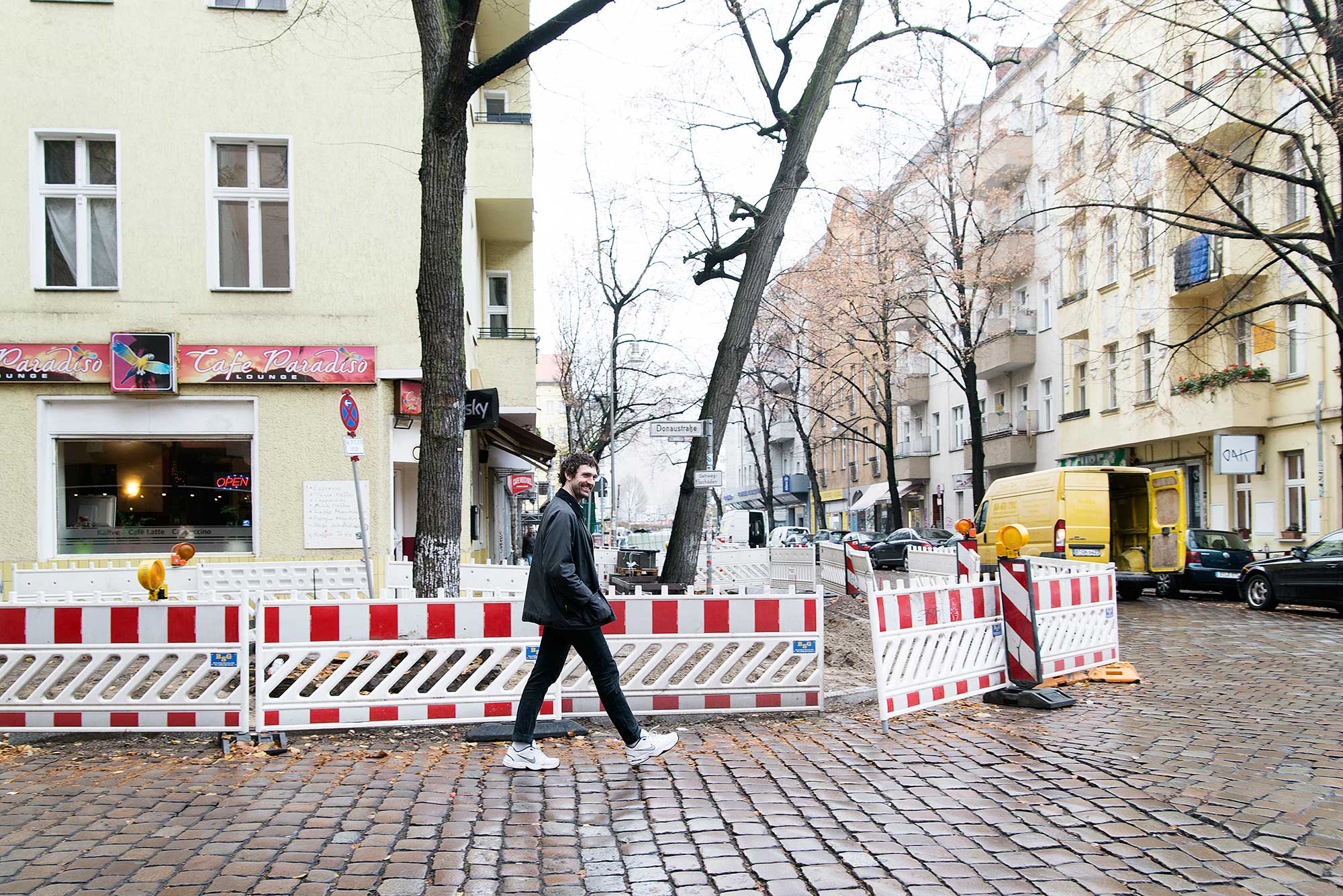