The latest and freshest Berlin tunes you’ve been looking for It is very hot outside. The lakes are splashing and the ice cream is melting. It’s really starting to feel like summer, though still an unusual and uncertain one. Like every summer, it needs a soundtrack, and we’re here to make sure yours is chock full of Berlin goodness.

It’s a pretty safe assumption that if you look back on summer’s past and reflect on the ones that really made an impression on you, you’ll think about the songs and playlists that kept you company. The omni-present chart toppers, the club anthems, that one song you’d listen to walking to work in the early morning sunshine, and the regular bluetooth-speaker-by-the-lake selections. Start working on your own summer soundtrack with the new releases we’ve compiled for you. 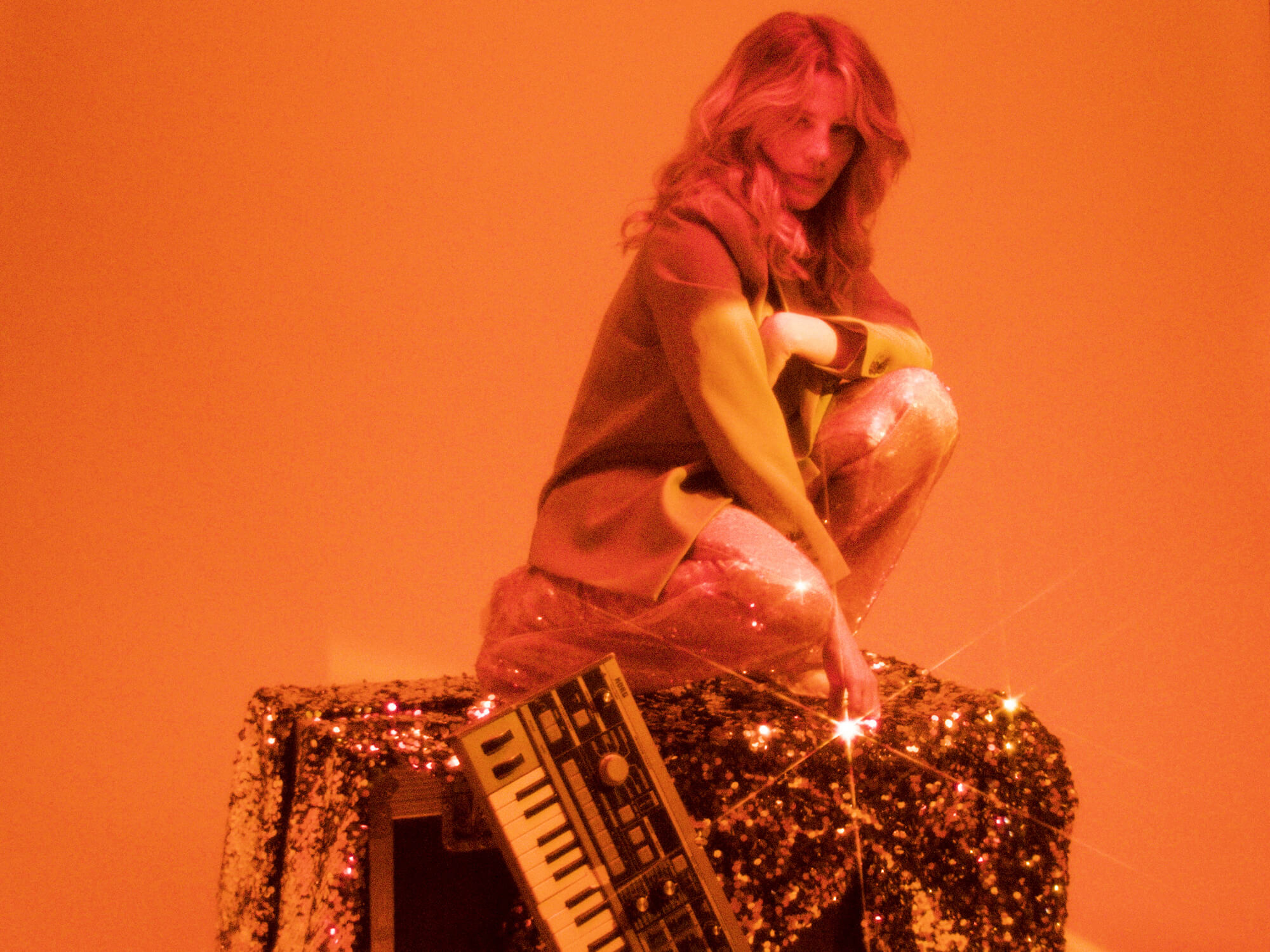 Ay Wing – Lift Me Up [Independent]

Ay Wing is the Swiss vocalist and producer with an ear for indie-pop summer anthems. ‘Lift Me Up’ is a celebration of feminist solidarity and empowerment, and it’s straightforward and punchy hook is a sing-along dream. The track is the first in a three part song cycle to be released as an EP, each track designed to empower and inspire, and the track’s big themes are supported by bouncy, gleaming production. ‘Lift Me Up’s lilting synths and disco-tinged guitar are reminiscent of Jai Paul’s mutant pop, but it’s Ay Wing’s catchy and poignant vocal’s that tie it all together. 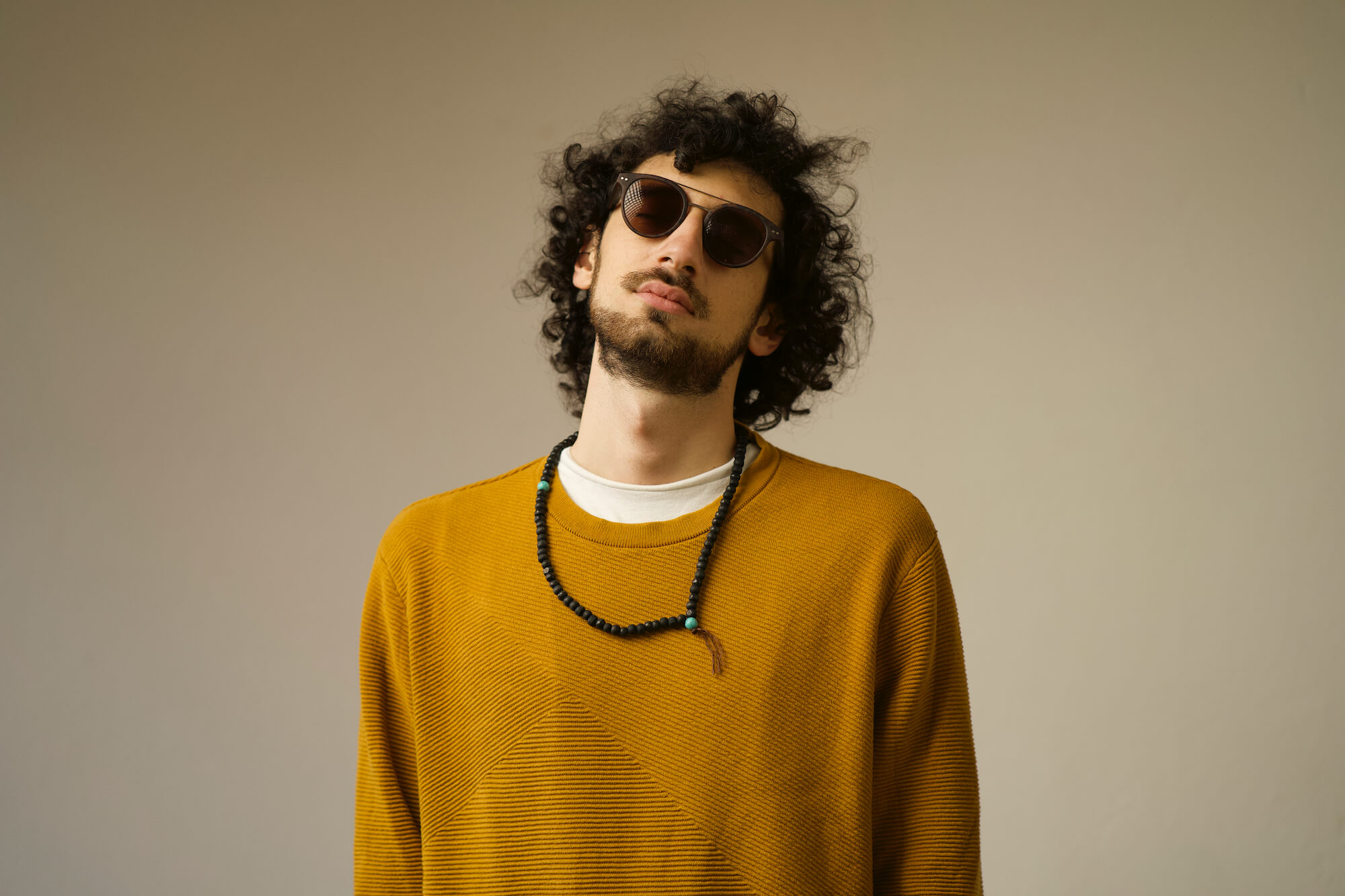 The 23rd edition of Get Physical’s Body Language compilation finds italian producer Cioz at the helm. Get Physical have been tirelessly releasing records designed purely for the club since the turn of the millennium, and their Body Language DJ-mix series has been one of their most popular channels. Cioz has been making his name working with labels like Monaberry and Stil Vor Talent, and this compilation has provided him with a chance to show off his range and vision, curating remixes, collaborations and singles into a irresistible blend. 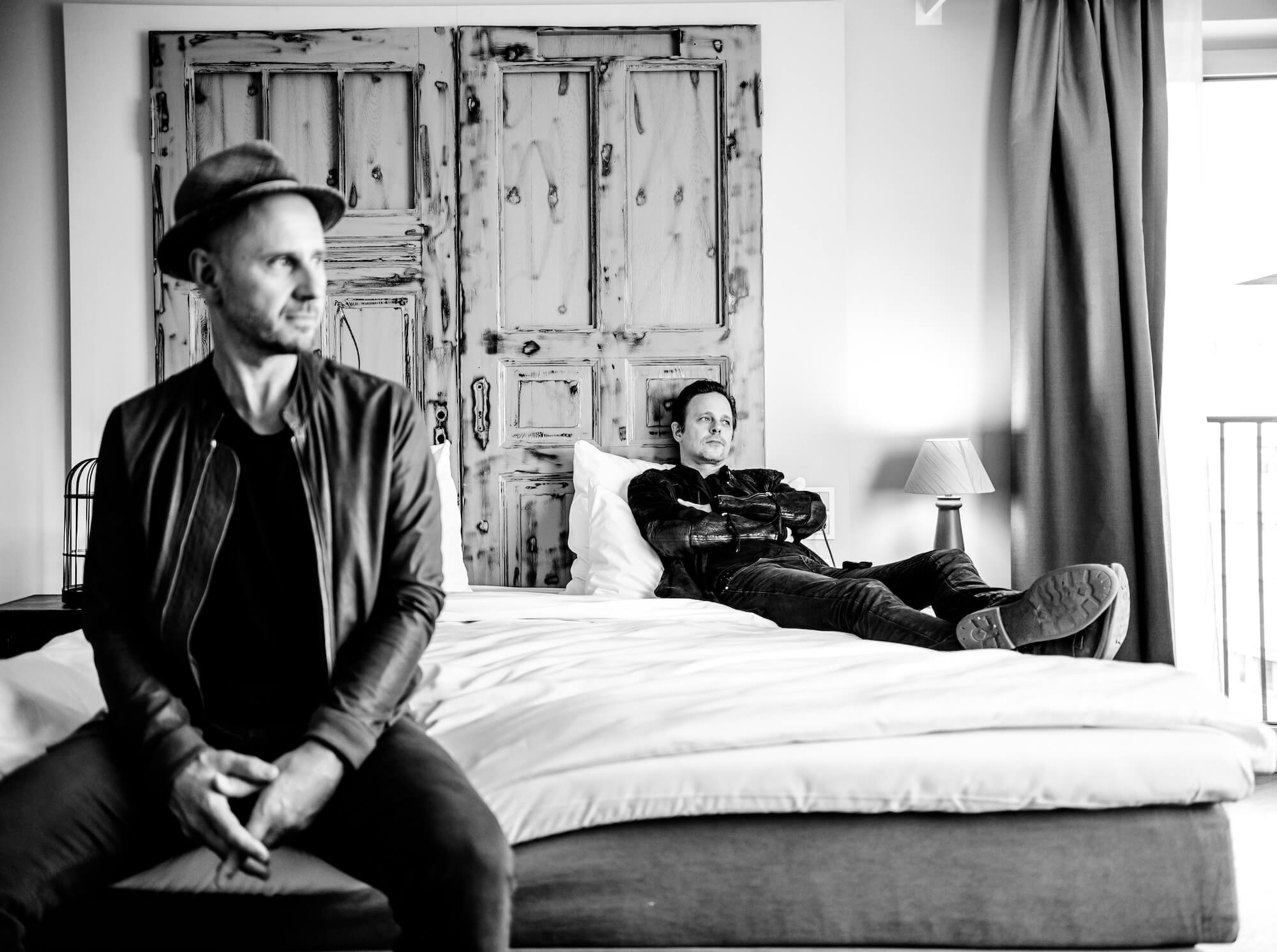 Booka Shade first appeared and began cementing their reputation in the early 2000’s, and haven’t let up since. This new track finds the duo in classic tech-house mode, making a return to the club after a string of more explorative collaborations with the likes of Bontan, Jan Blomqvist, SOHMI, and Felix Raphael. Opulent synths settle on top of a softly pounding rhythm, conjuring images of strobes flickering deep into the evening. The track is the first in a series of bi-weekly singles coming across June and July, making this a great summer to be a Booka Shade fan.

Belgian-born K.ZIA announces her debut album, arriving in September, with a slow-burning new single. The R&B track features heavenly vocals from the artist herself, accompanied by a minimal bed of firm bass and delicate hi-hats. Despite a run of singles, the album will be the artist’s first full release since her 2019 EP Red, and if ‘Sanctuary’s mix of spiritual lyrics and tender production is anything to go by, we should all be getting very excited for what K.ZIA has in store. 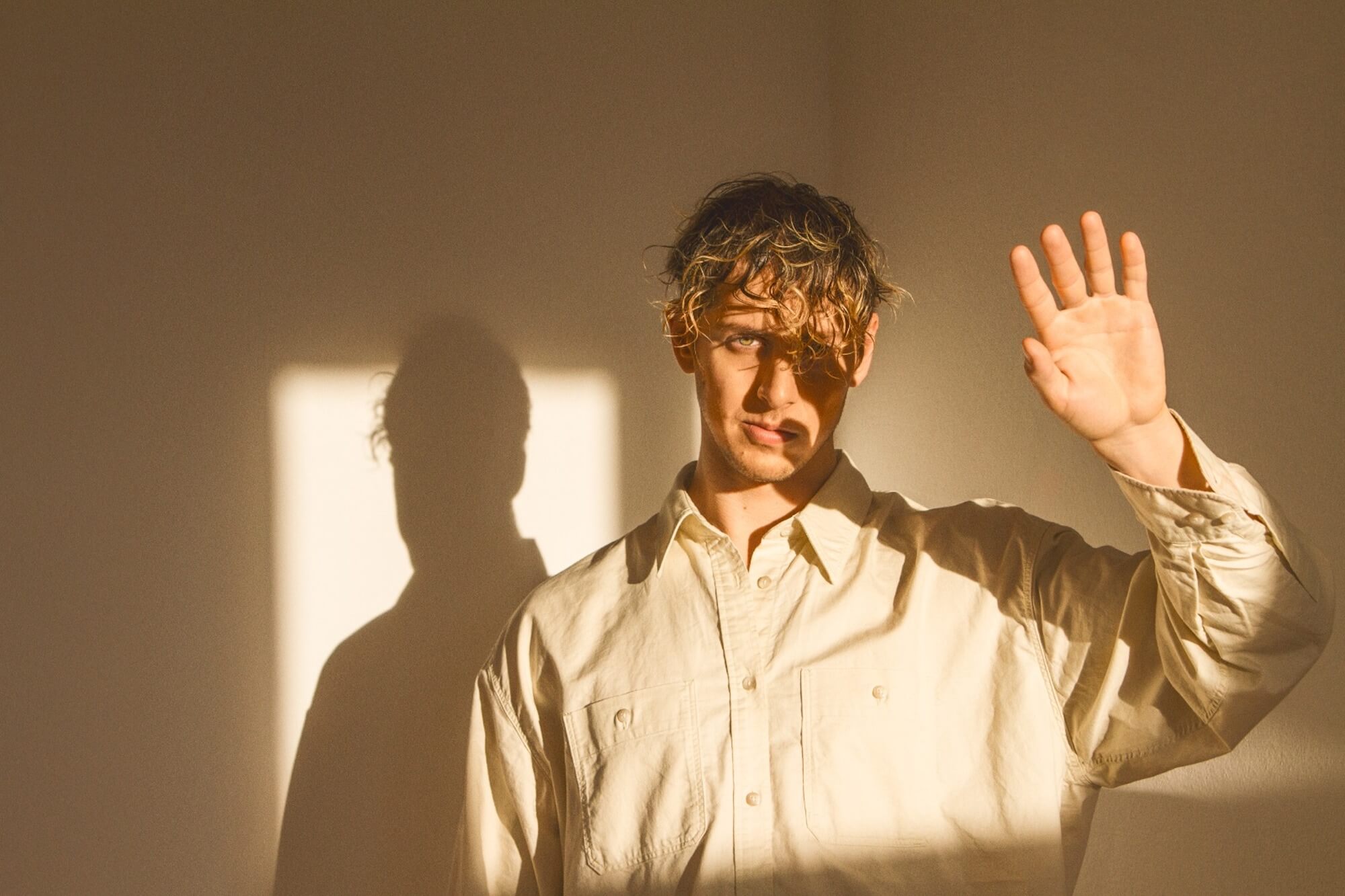 Nathan Micay is the latest experimental musician to try their hand at a high profile score, following in the footsteps of the likes of Mica Levi and Laurel Halo. Micay’s 2019 album Blue Spring featured a theatrical take on UK bass music inspired by the classic Anime Akira, making composing for TV a natural step for the producer. Industry shows us the intense competition of young graduates entering the banking industry, and Micay’s minimal synth score takes cues from Vangelis and Jean-Michel Jarre to evoke the austere glass and steel of London finance, while keeping the characters in focus with snatches of dialogue and emotive crescendos. 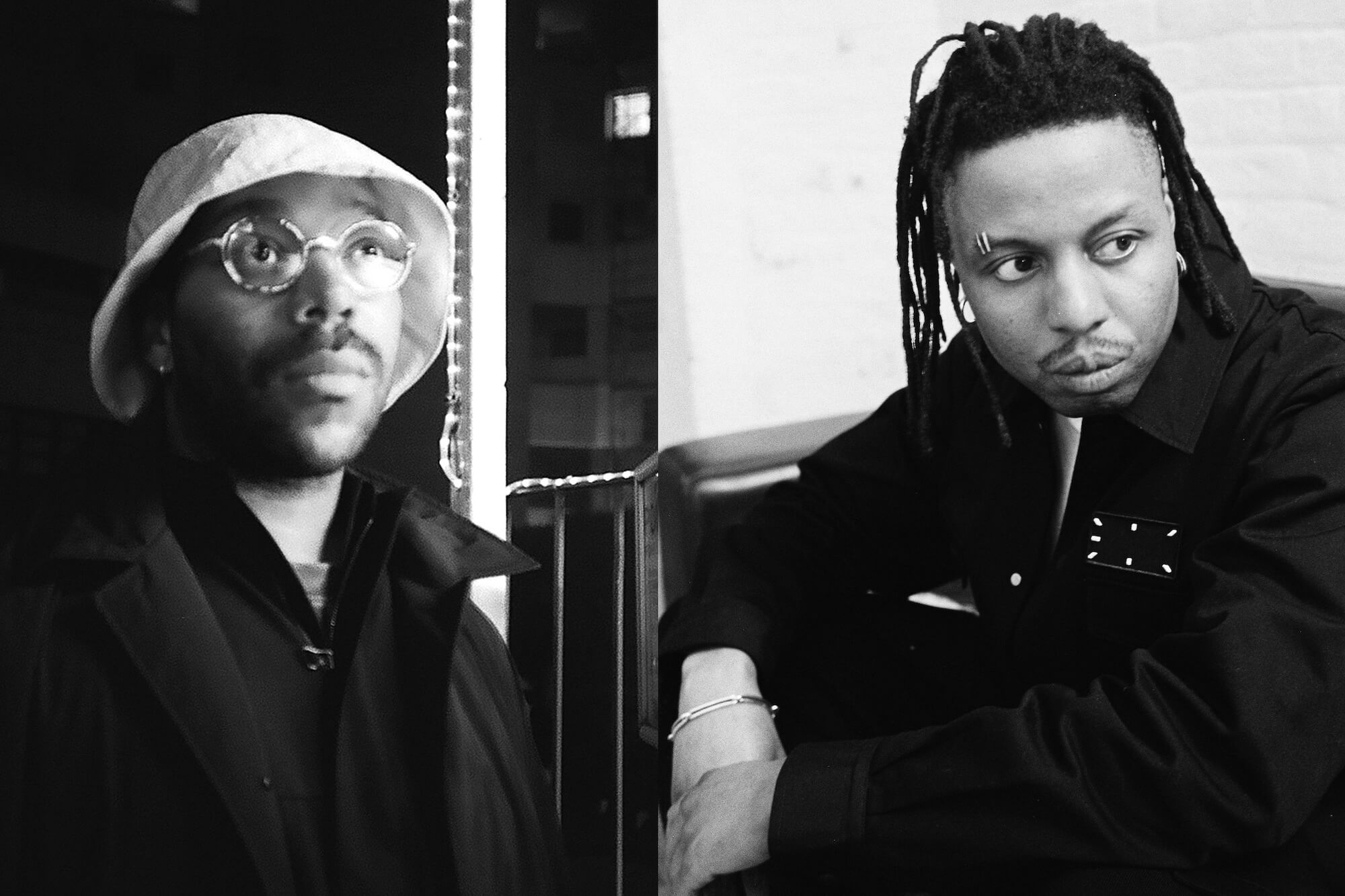 Space Afrika are the Manchester/Berlin duo known for summoning enigmatic atmospheres with their ambient dub techno. Their debut album, Somewhere Decent to Live, blended vaporous synths, bottomless bass and hypnagogic samples to create low-lit, late night vistas. Their 2020 mixtape, ‘hybtwibt?’ found them stretching their boundaries even further, weaving minimal samples and field recordings together to create a moving and transportative tapestry. ‘B£E’ is the first single from their upcoming album, Honest Labour. The track is a higher key affair than the duo’s previous releases, featuring artist, dancer and rapper Blackhaine, whose percussive rapping hammers out vivid images of inner city isolation over an intoxicating fusion of swirling drones and incendiary rhythms. 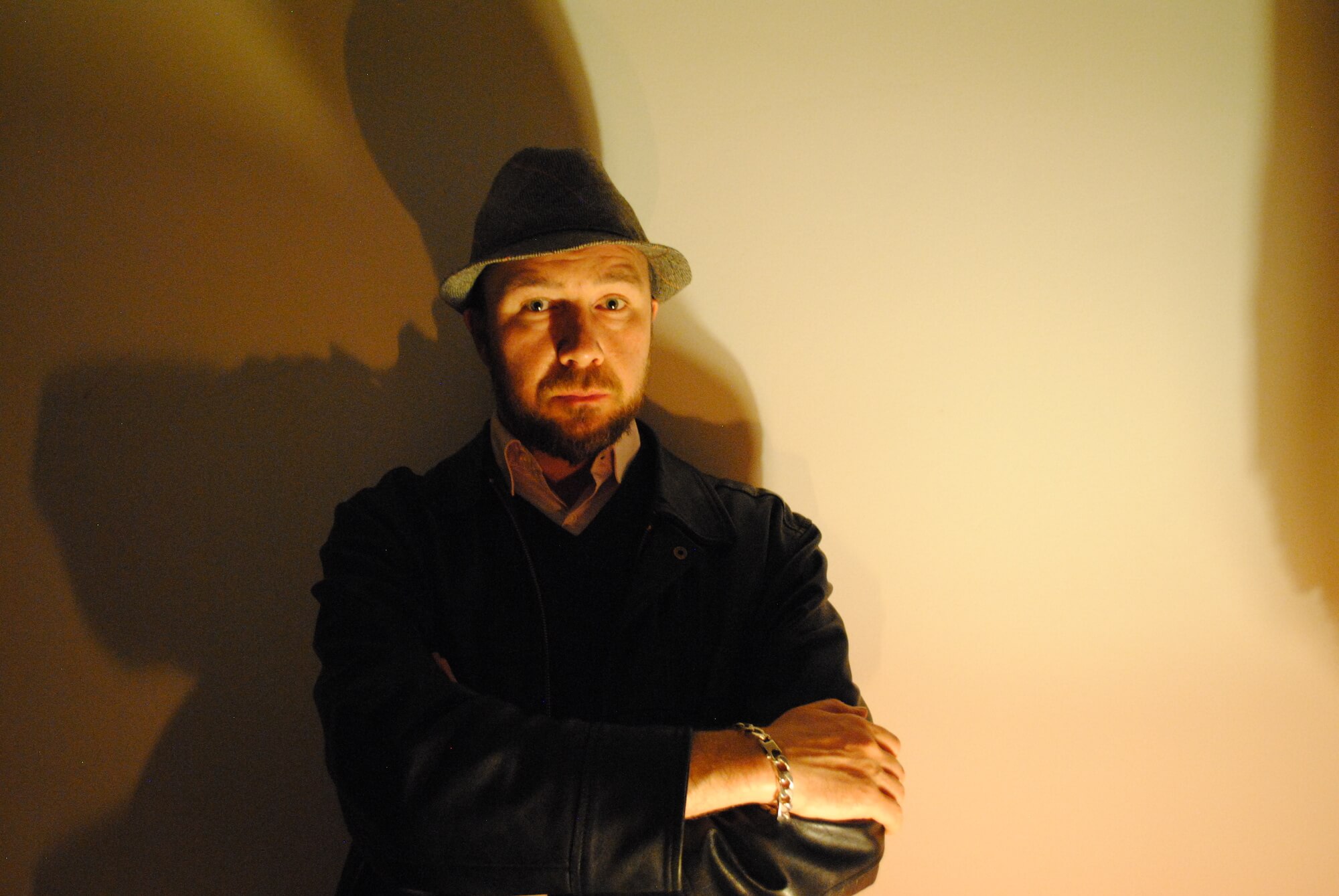 Shackleton – Something Tells Me / Pour Out like Water [Woe To The Septic Heart!]

A new single from the UK club music pioneer, announcing a new album with a familiar sound. In the mid-noughties, Shackleton played a pivotal part in the UK bass music scene, fusing UK Garage, Dancehall and Dubstep to acclaim on releases like Three EP’s and his Skull Disco label. In the years since, the producer’s sound has shifted away from the dancefloor into more cerebral planes. This new single is the producer’s return to the Shackleton moniker, and features a combination of his classic sound and his more recent experimentation – the 13 minute track moves through distinct chapters of foggy ambience and disorienting samples, undercut by the shifting rhythms and dread-soaked bass of Dubstep. 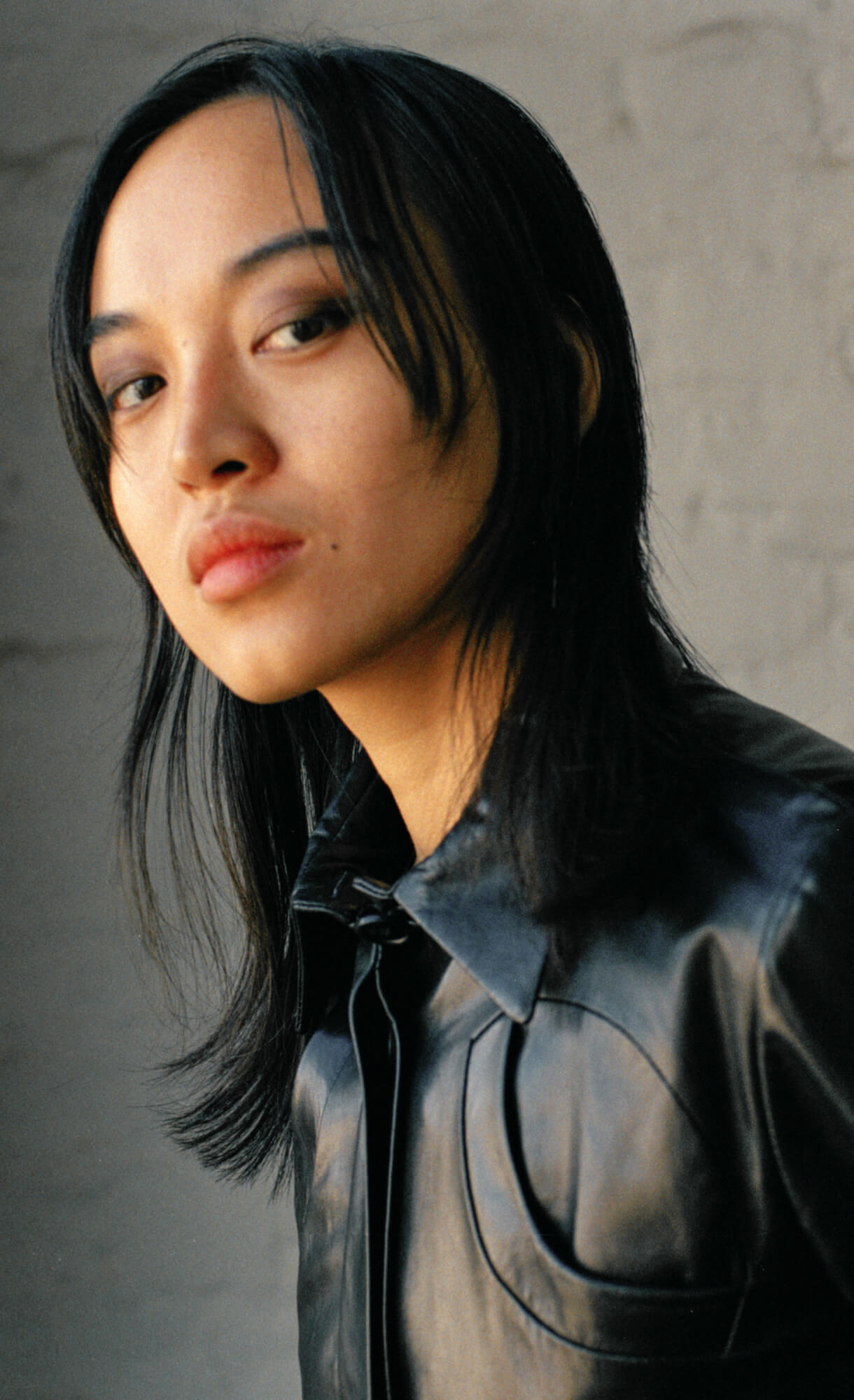 Pan Daijing’s uncompromising work combines industrial sound design with a variety of spoken and sung vocals, exploring deep sonic trenches with mournful synths and rumbling bass tones. Jade expands on the Chinese artist’s 2017 debut, Lack, growing her creative world and amplifying her singular vision. Pan spent the intervening time between the albums composing operatic performances in institutions like the Tate Modern and Martin Gropius Bau; the bold storytelling of this work is present throughout the album, with each track summoning lucid visions of windtorn landscapes and Pan’s emotive vocals placing her as the lone figure on the horizon. 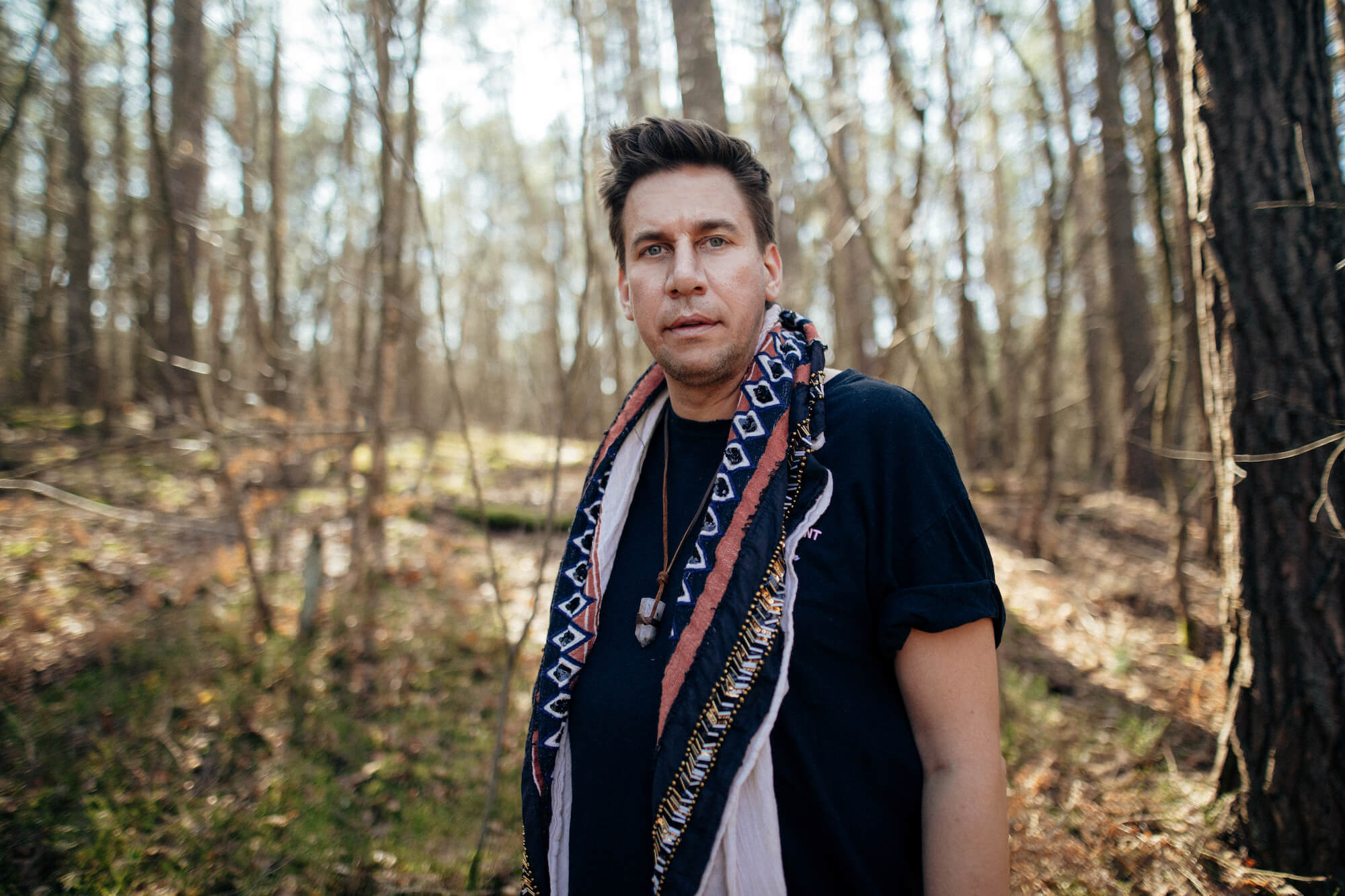 A month away from the release of his 9th album, Made in Wood, the longtime producer and Stil Vor Talent founder treats us with two succulent slices from the LP. Koletzki has been playfully deconstructing and rearranging the basics of house music for over a decade now, and is continuing this legacy with these two tracks, combining rubbery bass and dashes of sunshine synths. The first track floats through fluttering arpeggio’s, while the second slows down the pace, with a deep, tactile rhythm and spanish spoken word. For Oliver Koletzki fans, this is just a little taste of what to expect from his album in July. A short and sweet burst of summertime from the Australian-German artist – five tracks of breezy bedroom pop built on a base of hi-hats and 808 drums. Klar moved to Berlin pre-pandemic, but spent his lockdown releasing singles back to back, including a collaboration with local fave Novaa. Each song is a pocket of positivity, featuring spirited lyrics addressing mental health and the value of supportive friendships. Packed full of sing-along melodies, Klar writes soul-searching songs ready to soundtrack a coming-of-age summer. 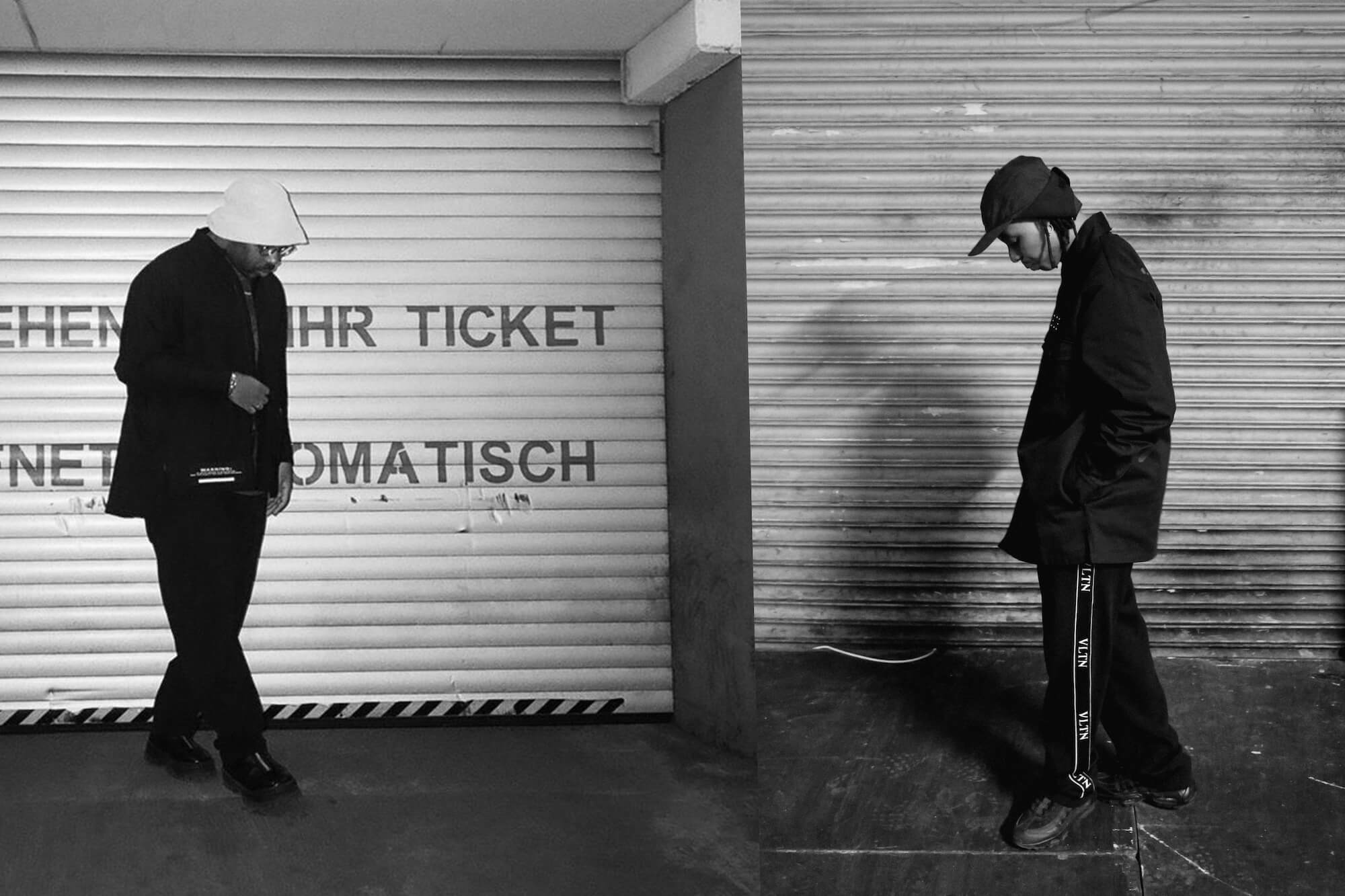