The choice highlights from this year’s TSF

Now in its eighth year, the Torstraßen Festival has evolved into a weighty beast of an event spanning three days and a multitude of locations.

The 2018 edition kicked off with an opening party at ACUD on the Friday and finished with a triple-headed extravaganza at Volksbühne on Sunday. The Saturday was where most of the action took place, with tons of performances happening from the early afternoon into the late evening.

It literally wasn’t possible to see everything, owing to the distance between venues and unavoidable set clashes. Being forced to be selective and make clear choices inevitably results in FOMO. Knowing this is the case, rather than try to give a fully comprehensive round-up of all the happenings, we canvassed some wonderful folk and asked for their highlights of the day. This way you can get a nice flavour of what went down but not get overwhelmed by the sheer weight of great stuff that passed you by.

Alex Cameron closing out the festival at Volksbühne on the Sunday. Photo by Camille Blake

“I was working for TSF this year coordinating staff and volunteers. One of the hardest jobs to do during the festival is that of the tech assistants. It’s basically fourteen hours of moving heavy gear from venue to venue and solving various technical emergencies. One of these tech assistants had a free half-hour and instead of curling up in a corner somewhere, he thought it would be a good idea to go see Cuntroaches. Mid-show, the band threw a bunch of trash into the audience and my little worker bee got hit in the face with a pee-filled diaper. He laughed it off, wiped his face with the back of his hand, and went back to lifting heavy shit. I’ve never been so proud.”

“It’s inspiring witnessing an artist be so well received outside of his home country. For Chinese fashionista turned performance artist Tianzhuo Chen, I don’t doubt that ACUD’s gallery was a breath of fresh air compared to the culturally micro-managed society of the Far East.
A large portion of the Chen’s exhibit on June 9, 2018, revolved around two dudes in a really smokey room with a lot of fucking flashing lights. One skinny and painted all white, the other a bit thicker and painted all red. The dichotomy was made even more pronounced when the skinny one took the red one by a chain leash.
The battle between the two was highlighted by live metal guitar (drone, dark, awesome). All of it made for a supreme highlight of Torstraßen Festival’s already excellent artistic curation.” 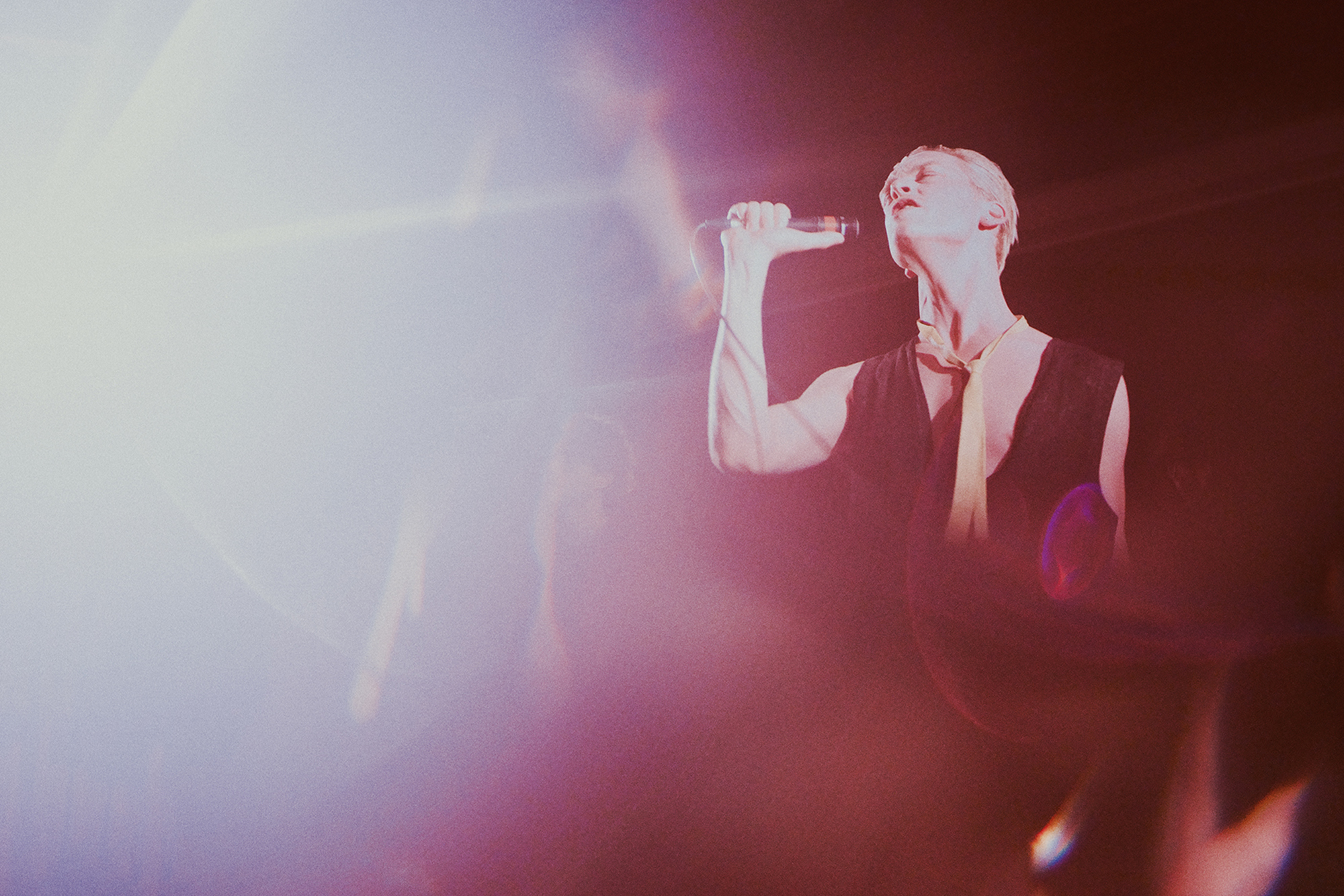 “I thought Sean Nicholas Savage‘s show was really fun. I love his tunes, the music is beautiful. But most importantly, he has such an amazing stage presence. he delivers a gentle pop song while seemingly exploding with vigour. So fun to watch! Also loved the banter between songs: a very charming, self-aware combination of cheeky smirks, self-deprecation and paranoid inner monologues. Also found the addition of band, featuring John Moods, very entertaining.”

“Shit, DENA was great. After-the-fact internet research tells me she’s been covered by The Fader, is liked by a quarter of a million people on Facebook, etc. This is upsetting. While the packed-out Ballhaus was testimony to her universal appeal, she did that thing that incredible songwriters do: give you the feeling this is music that was handcrafted for you and you alone. I truly believed it! She got me on my feet dancing like a crazy person ten minutes after I plead too-fatigued-to-fetch-my-own-drink and I’ve had her on loop ever since. Yours, the last person in the world to discover DENA.”

“West Germany’s legendary sound engineer Conny Plank worked with some of the 70’s and 80’s greatest musical talents, adding to their production the touches that often propelled them to the top. The feature-length documentary Conny Plank: The Potential Of Noise was screened at TSF and traced the history and legacy of this talented local who passed away at 47 years of age.  His CV namedrops don’t run shy and include work with masters like Neu!, Kraftwerk, Michael Rother, Eurythmics, Ultravox, Bowie, Brian Eno, and those hip-hop lyricists Whodini, to name but a few. With old film footage and photographs interspersed between moving interviews with those that Plank touched, this film is as relevant as the man who it remembers. The film also showed an evident search for answers about the father that Stephan Plank, son and co-producer, lost, as he traces the history of his family.” 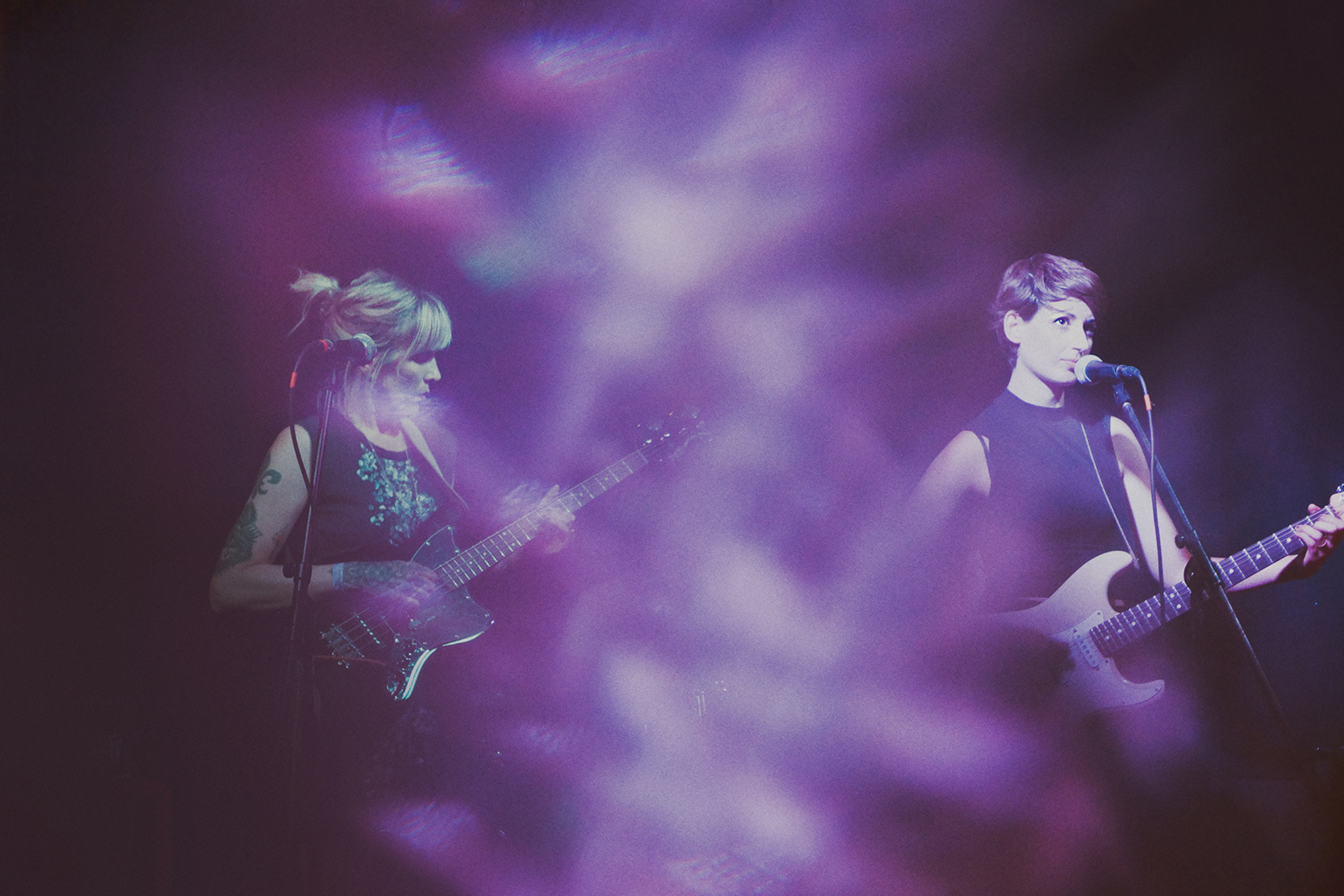 “Leoprrrds were first up, with strong three way harmonies and mesmerizing guitar solos. They sang straight to my heart about a struggling Australian girl, was it about me? Maybe it was about you. Over at Z-Bar we saw Martha Rose absolutely charm the pants of the audience, with exposed guitar lines and tender vocals. A special shout out goes to Martha Rose for her ability to swear so kindly. Leoprrrds and Martha Rose get all the stars from us.”

“A great way to settle the argument over whether style or substance is more important is to simply have an equal excess of both. Berlin-based Lia Lia is a ready-made popstar cut from a millennial mould – one that leaves the surface polished but the edges sharp. Her future-tinged style will lead to inevitable comparisons with Grimes, but Lia Lia adds more sheen to her experimentation and it works in her favour. Bringing her younger sister on stage for some well-choreographed synchronised dancing was a nice touch too. Afterwards, her song ‘Ying Yang’ was severely stuck in my head. It had an amazing knack of making me feel like I had heard it before, even though it was the first time. A good sign, and one of my favourite discoveries from TSF 2018.”

Get prepared for next year’s festival by religiously checking out the Torstraßen website every few weeks.