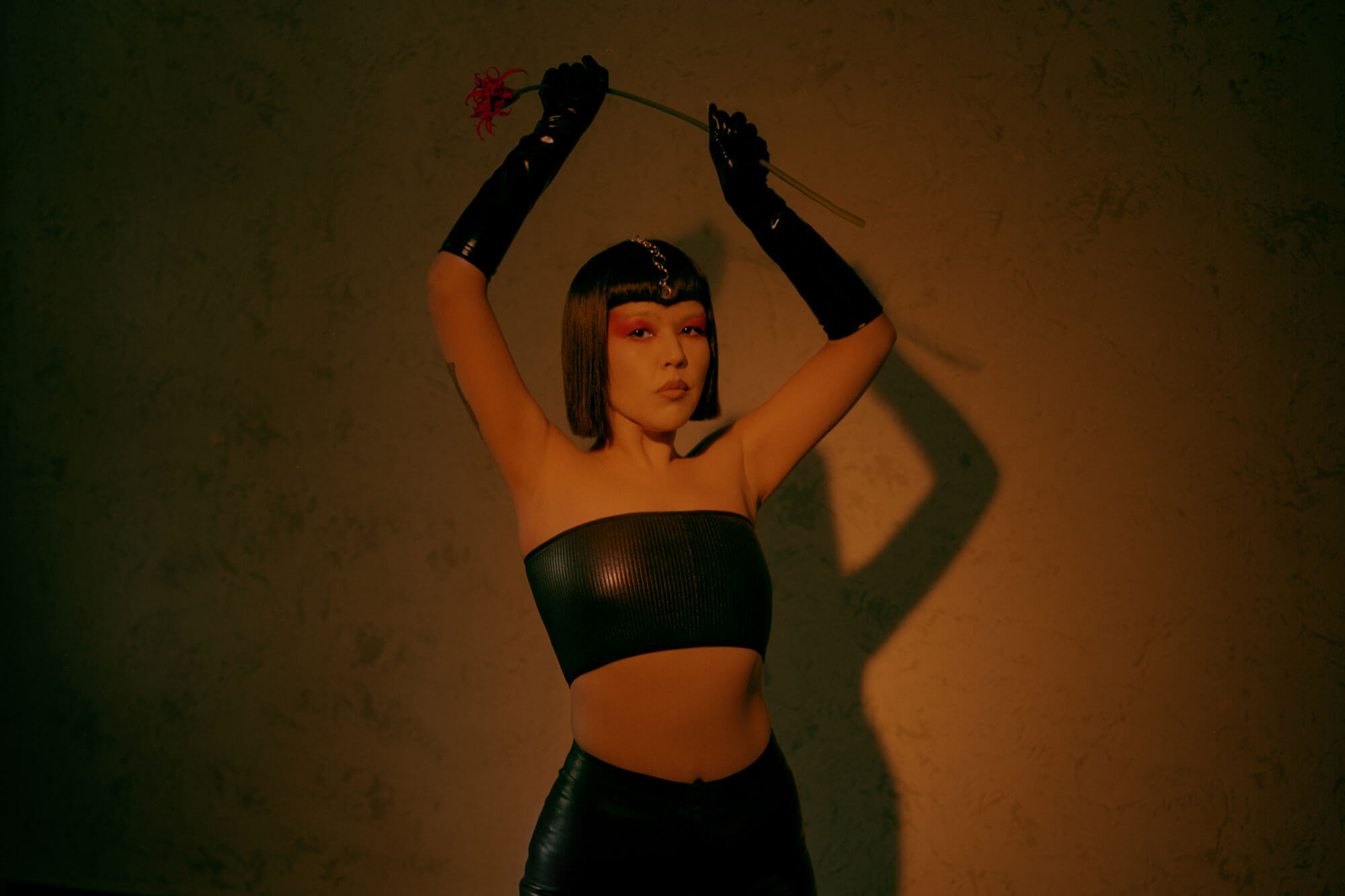 In 2014, DJ, musical artist, and blossoming producer Nazira Kassenova took a slice of Glasgow nightlife back home to Kazakhstan. Now her inclusive values are taking over the city of Almaty, transforming Soviet-era mindsets along the way.

Nazira Kassenova grew up in Taraz, a small city in the south east of Kazakhstan near the Kyrgyzstan border. Nazira was born in 1991, the same year Kazakhstan left the Soviet Union, although the shadow of the iron curtain still looms today. Nazira has always had a fiercely creative spirit, but there was nothing in Taraz to nurture it. “When you grow up in a developing are of a developing country, there’s nothing to build a community around,” she says. “People just exist there.” 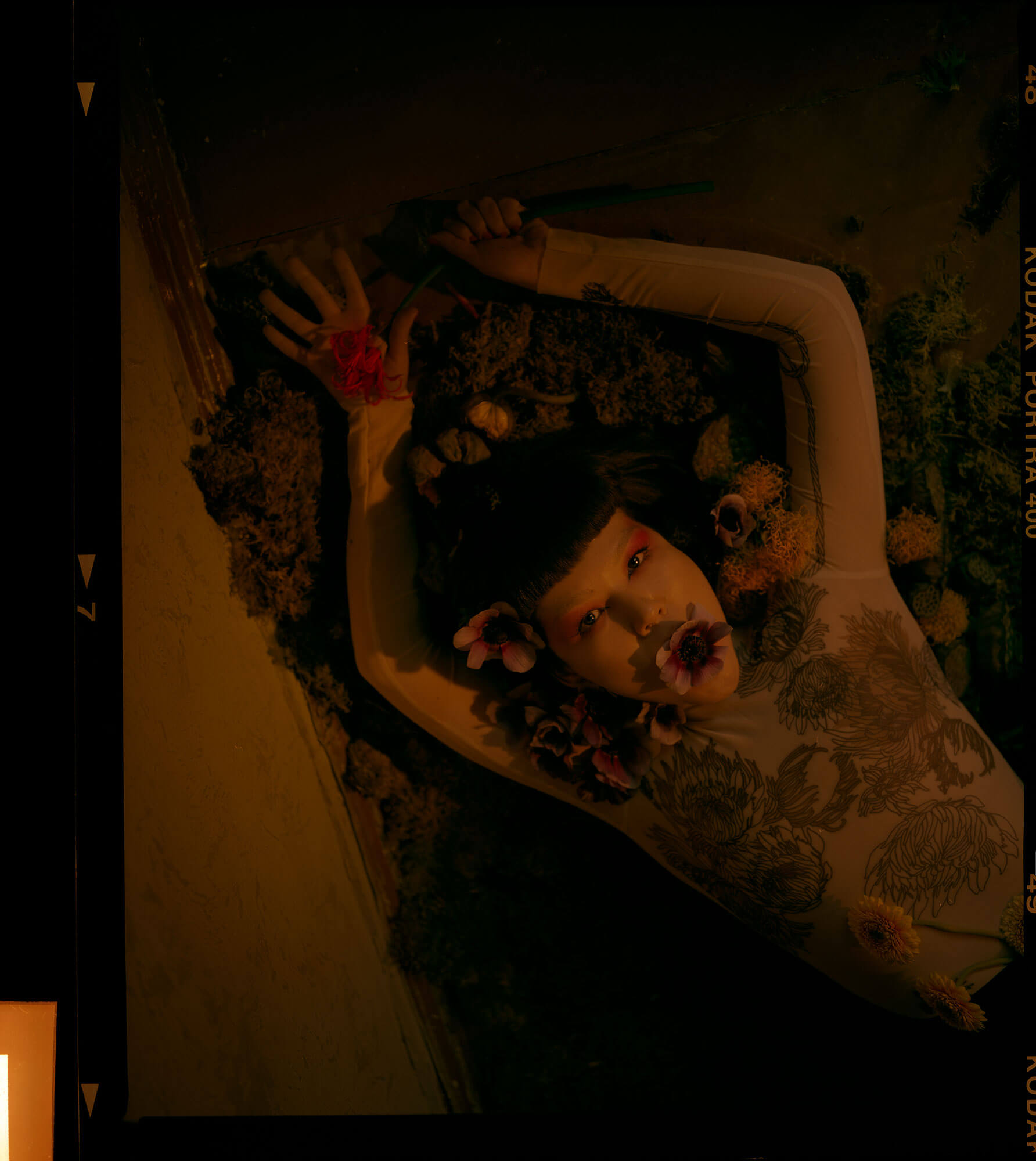 It took a few radical moves for Nazira to end up as the ambassador of Kazakhstan underground culture, the first of which was attending university in Scotland. It was the first time she’d stepped foot on a plane, which was overwhelming enough, but that shock was nothing compared to the walloping contrast between the silent streets of Taraz and freshers week at St. Andrews. You have to be a special type of person to embrace this dichotomy, which Nazira most certainly is.

“I was always creative,” Nazira says, “and I always wanted to express myself but I didn’t know how, because growing up the internet wasn’t a thing.” Despite the lack of creative outlet throughout her childhood, Nazira’s deep-rooted curiosity found a way to manifest itself through science, so she ended up studying biology on scholarship.

Scotland blew her world wide open. “Glasgow is insane,” she says. “Scottish culture is just incredible. It’s always in my heart.” Nazira found that her powerful sense of identity found a home in Scottish culture, so she fit in right away. Her sense of self is palpable – stories of her life and experiences cascade out of her in torrents, and she shares her journey to becoming the architect of Kazakhstan’s nightlife with no hint of self-importance or pretension. In fact, she makes it clear that the concept of ‘cool’ has no place in her world. All she cares about is making sure that everybody around her feels comfortable which, let’s face it, is pretty damn cool.

At university, Nazira split her time between molecular biology and UK nightlife. She travelled to Glasgow, Edinburgh, London, and Manchester, submerging herself in club culture there. Once she finally came up for air, her soul was dripping in jungle, bass, and garage. She decided to take an extracurricular course in electronic music production. So many DJs were in it for the cool points, but music meant much more to her than that.

Scottish culture is just incredible. It’s always in my heart. 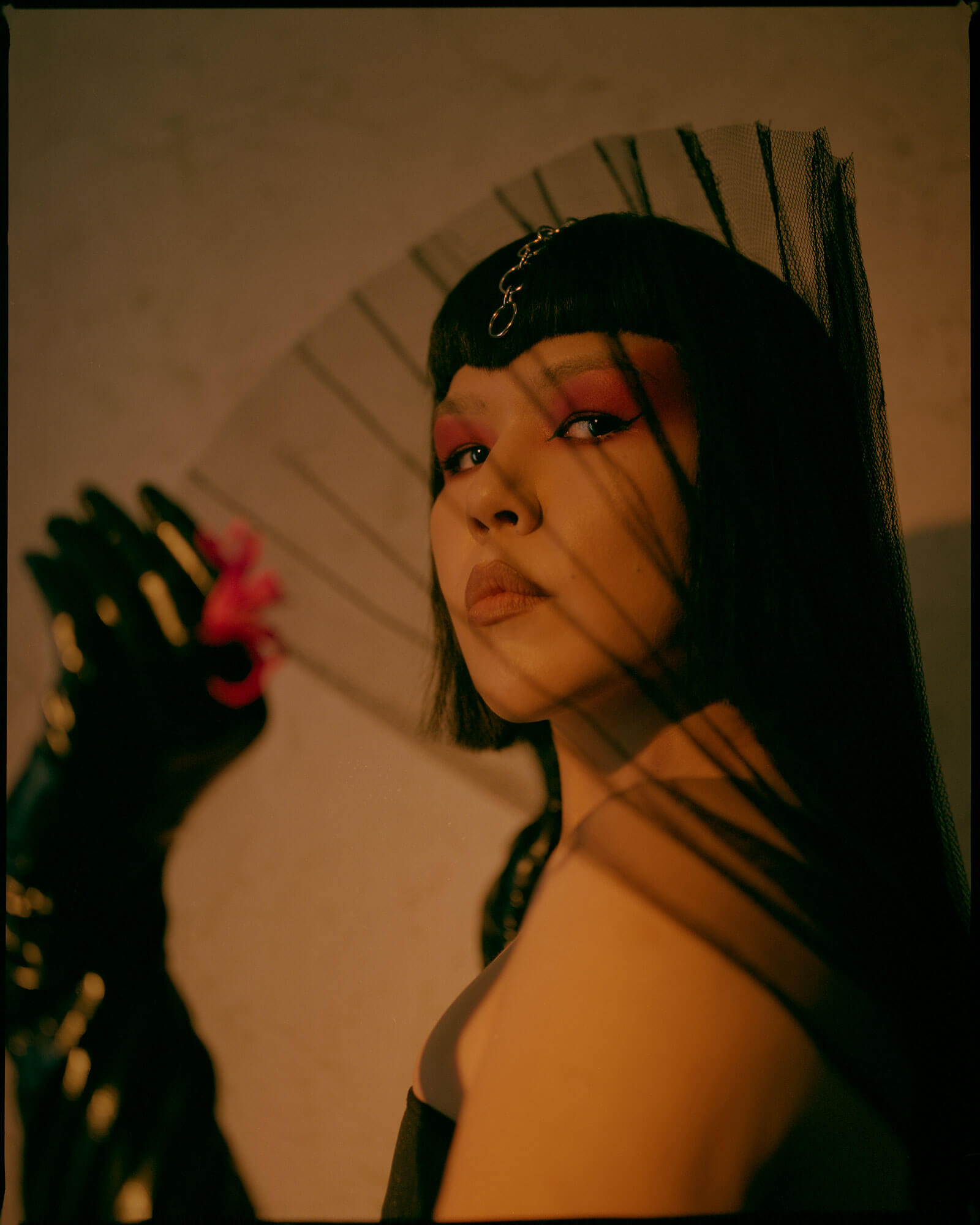 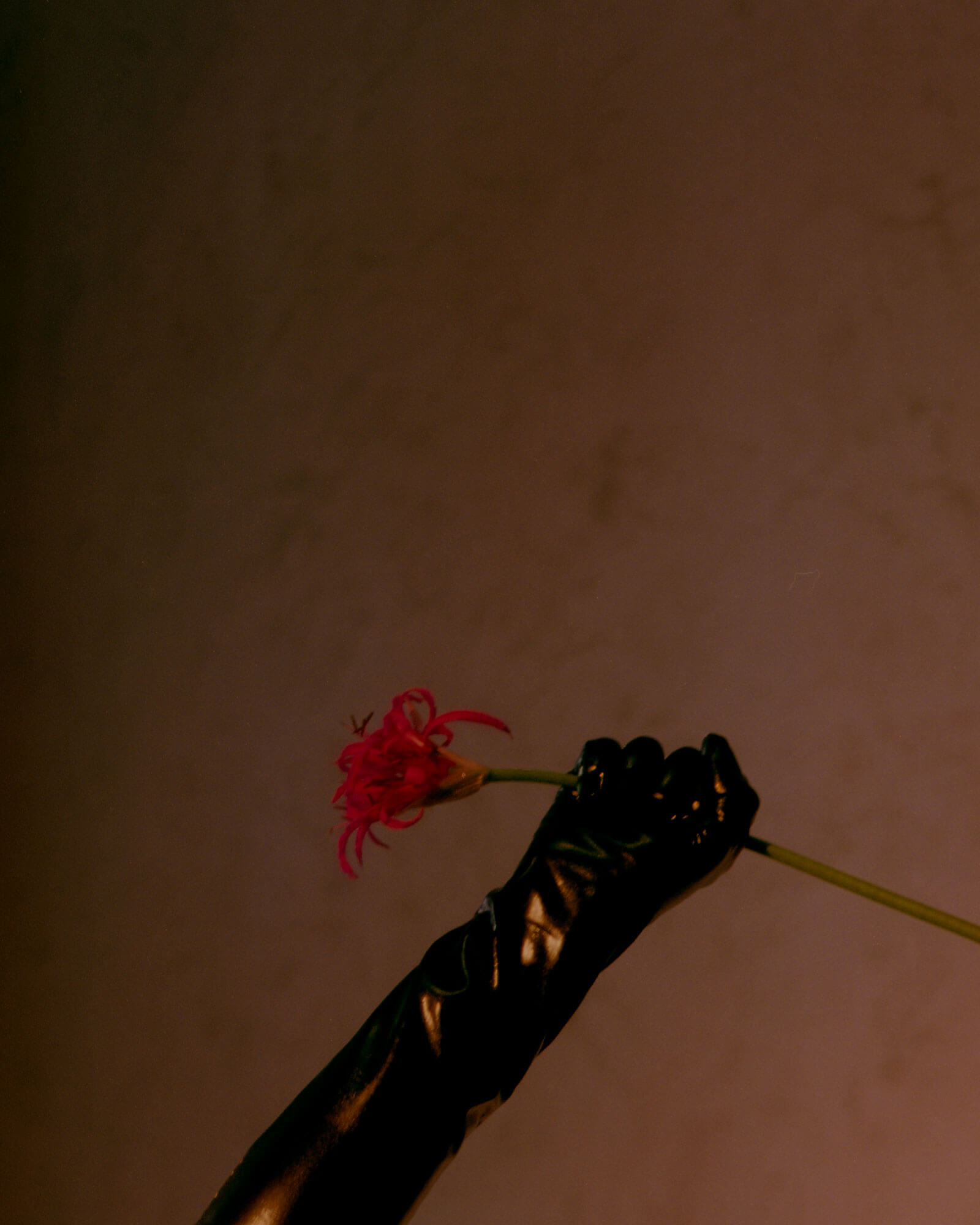 Creativity and Club Culture in Kazakhstan

Nazira completed her undergrad and moved back to Kazakhstan in 2014. She set up shop in Almaty, the second largest city in Kazakhstan, and started working full-time as an agricultural biologist. But she couldn’t just leave her club experiences behind in Scotland. “We have two small clubs now, but back then nothing,” she says. “And for me, the most important thing about electronic music isn’t even the community – it’s the feeling I get on the dance floor. It’s freedom. No one cares who you are. Everyone is equal, everyone is together. And when I came back, there was no place like that.” So she decided to make one.

She helped organise a minimal techno party called Vzletnaya, and then threw a bass and jungle party called Bass Place. But she had a vision – one where this concept of ‘cool’ didn’t exist, where she could play truly leftfield music that would push the audience out of their comfort zones, while simultaneously inviting them to be themselves. This vision is better known today as ZVUK. “I didn’t want people to be comfortable,” she says. “I wanted experimental, heavy, soft. I wanted a dance floor like in Berlin or London, where it doesn’t matter if you’re gay, straight, rich, poor. No one fucking cares.”

This might seem like a given in the UK or Germany, but in Kazakhstan it’s radical. “We have a lot of problems,” Nazira says. “Sexism, homophobia – I just wanted to leave it outside, and ZVUK was the first party that actually opened up dialogue around it.”

Since its launch in 2017, ZVUK has become more than a club night. Nazira has launched film screenings, panel discussions, workshops, and lectures under the ZVUK umbrella. She has extended her vision of inclusivity and acceptance way beyond the dance floor, creating a safe space for the LGBTQ+ community and educating youth on issues related to violence and misogyny. “In Kazakhstan there’s no law against domestic abuse – it’s considered a family issue,” Nazira says. “We do have it better than some other places, but there’s a lot of work to be done.”

With ZVUK, Nazira tackles gargantuan, deep-rooted historical issues within post-Soviet Kazakhstan, but in so doing she’s transforming Almaty culture, putting Kazakhstan on the electronic music map and bringing world-class DJs to her home country. It took articles in The New York Times and The Guardian for the local press to accept Nazira’s influence. “I had to get recognition abroad before I got recognition in Kazakhstan,” she laughs. “But now we can bring over any artist we want. And it has brought some change, you know.” 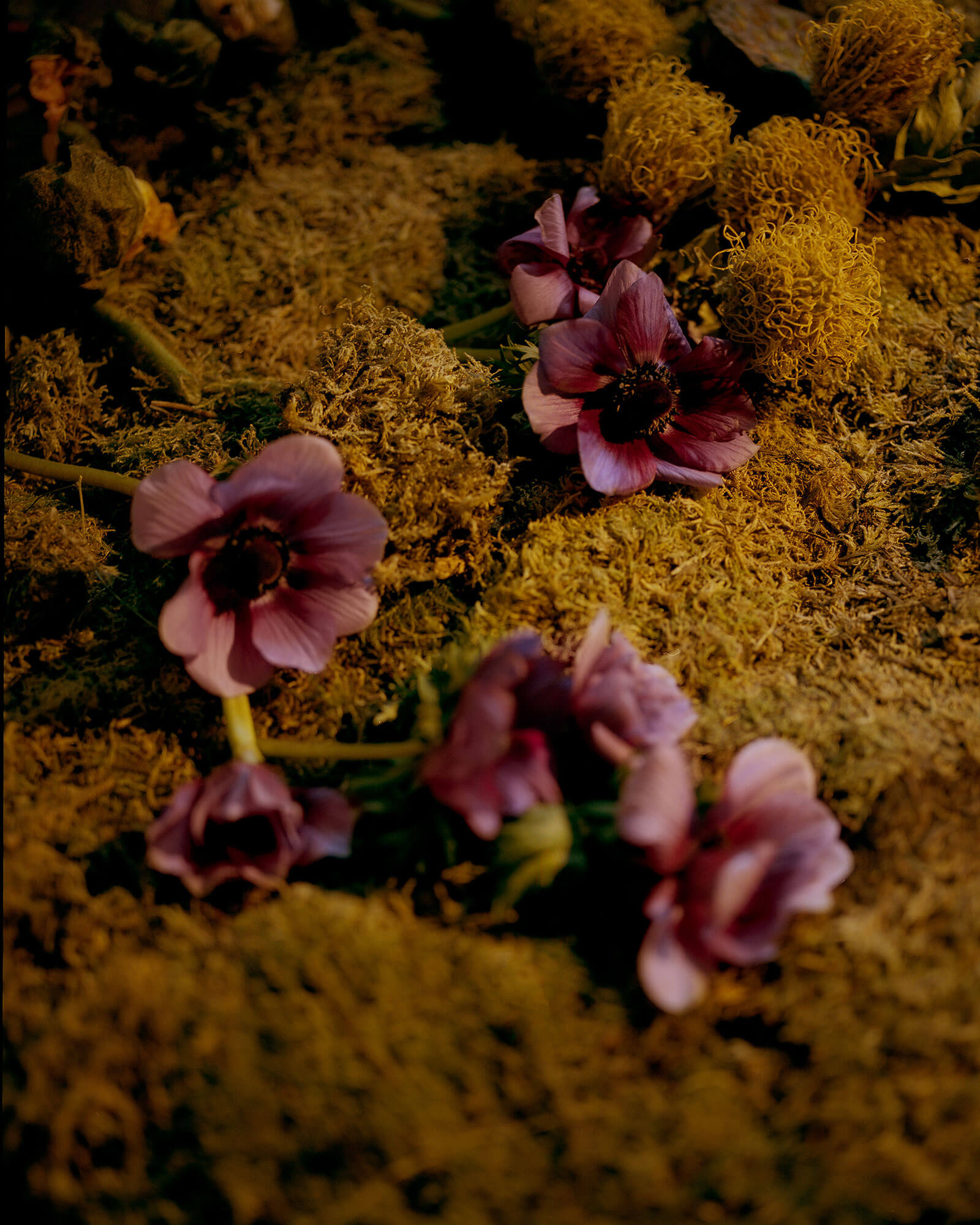 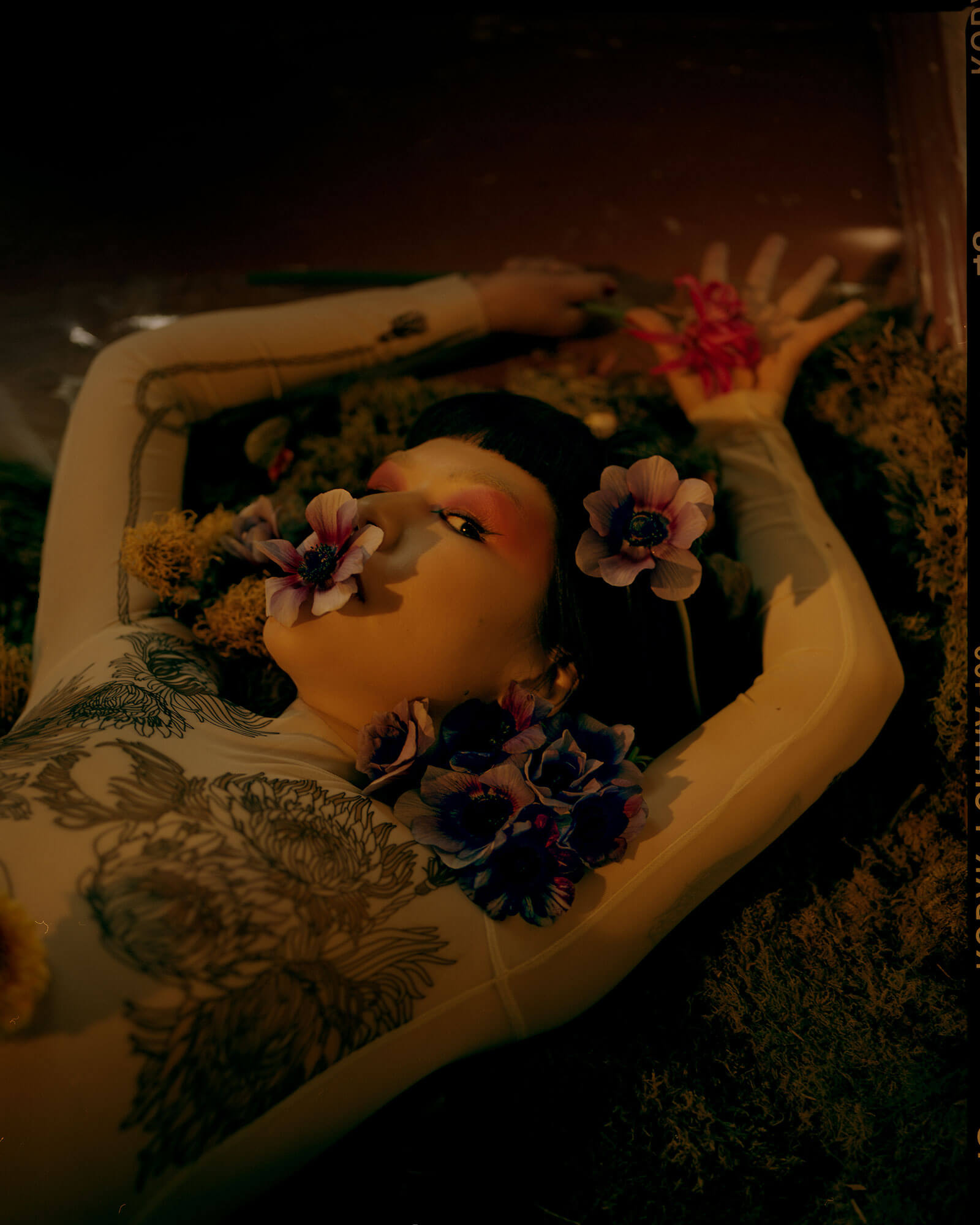 Nazira decided to quit her job as an agricultural biologist in early 2019. “It got to the point where I had to choose. It was scary because I was giving up stability, but I had to try.” She was neck-deep in the global club circuit when COVID-19 hit. “For the first couple months, like everyone, I was lost,” she says. “My dream was crushed, you know? And if I were based in Berlin, then I could play parties when they start again. But I won’t be flying anywhere from Kazakhstan. The industry has no money.”

It didn’t take long for Nazira to adapt and get to work on the local projects she’d been dreaming up for years. In some ways, COVID-19 was freeing for Nazira. “I started to look at it as an opportunity. I’d been thinking of myself as a DJ, but then I started producing. I didn’t have time to do that before. Now I look at myself as more of an artist. I realise that I can do so many things in this life.”

When lockdown hit, her production journey took flight. She had the time and space to sit with the digital audio workstation Ableton Live – something she’d been wanting to do for years, but had been nearly impossible between all of the airports, gigs, and hotel rooms. Nazira says that Ableton was a lifeline during lockdown. “The design is very intuitive,” she says. “There are tons of plugins that help me get to where I want to go – I don’t even have any other equipment apart from one keyboard.” And the musical development and growth that Nazira has made is clear. Her first track as a producer is a remix, soon to be released on a London-based label with Björk on their portfolio. She can’t talk details, but it’s a dark, ambient, drone track – the ZVUK brand personified. Nazira couldn’t be happier with the home she found for it.

With the borders closed, music has helped Nazira stay connected with producer friends who could show her the ropes. “I’d go to [my friend’s] studio and he’d tell me what to use to create a certain sound. It’s so much better than YouTube tutorials, and it meant we spent time together.” Nazira paired this with an Ableton online course in electronic music production, which helped her streamline the process. She says that beforehand, her process “wasn’t structured. It was chaotic. I’d have an idea and not know how to finish something. But the online course helped with set-up and structure. I think if you want to start producing, don’t be shy. Ask your friends, use online courses, talk to people and you’ll get there much faster.” 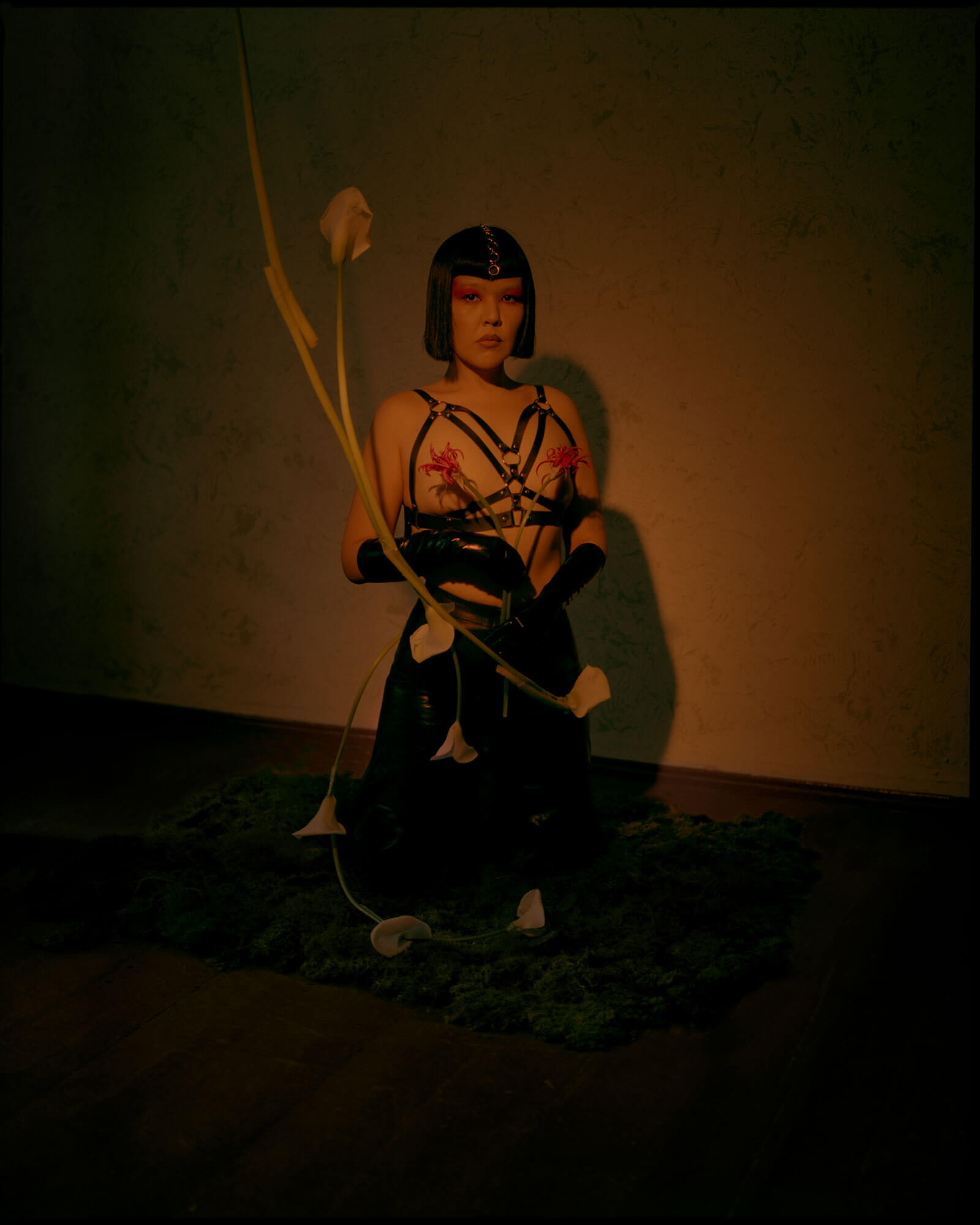 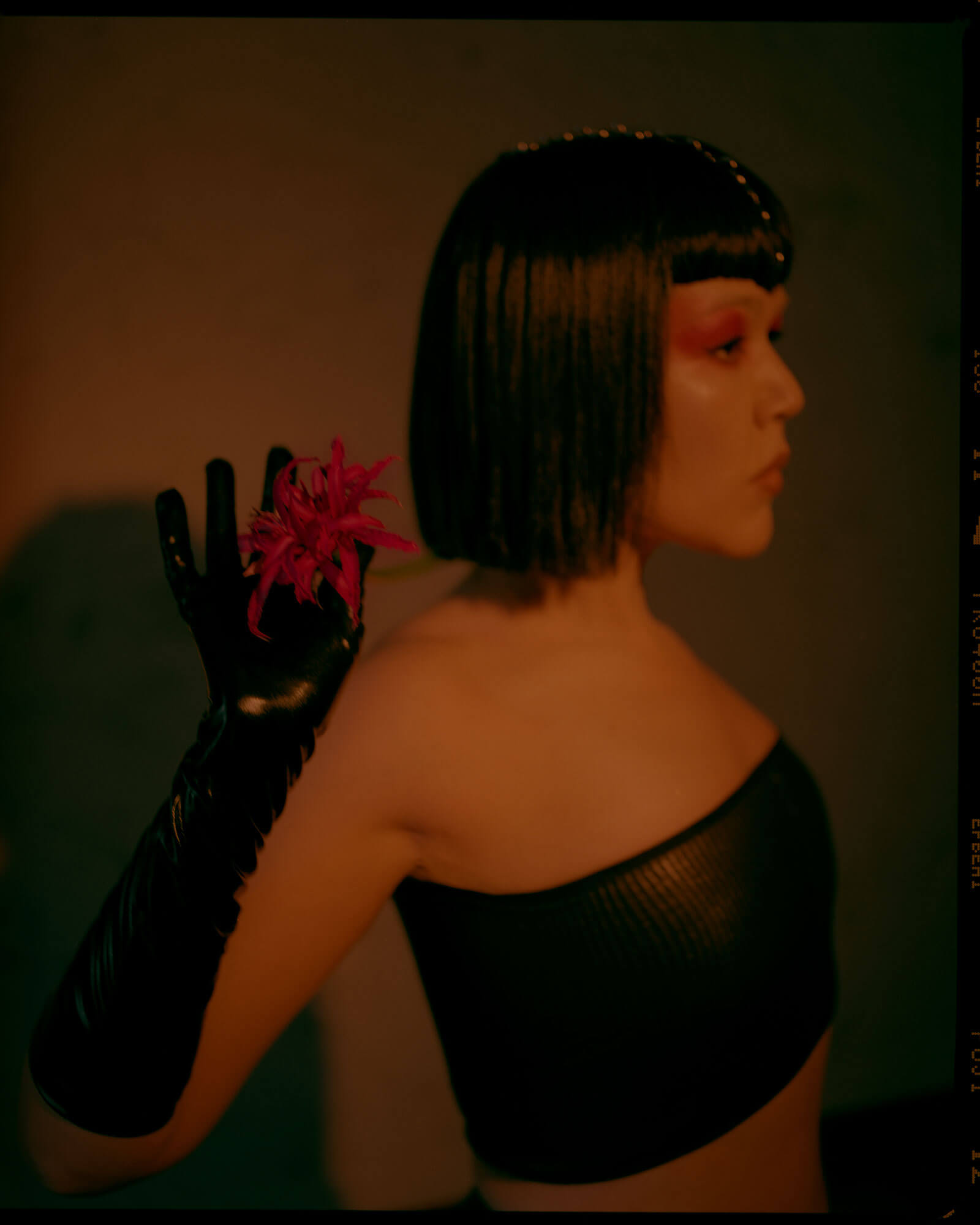 This exchange with friends and through learning in an interactive course structure was invaluable to Nazira. Even outside of the pandemic, artists and creatives spend a lot of time by themselves producing, writing, listening, and living in their own heads. Nazira believes that artists need to be with other artists to learn, grow, and get fresh direction, which is why she opened a DJ school in July. “Before COVID-19, there weren’t enough people in Almaty to play music,” she laughs. “So if an artist came with modular synth equipment, I’d ask them to run a workshop. I understand that people aren’t going to learn it in two hours, but they might get inspired and might do something completely different once they see all of these options.”

Nazira’s DJ school hosts six-week courses for 10-12 students. She says they’re mostly womxn, and when she finds a student with exceptional skills, she’ll book them to play one of her parties and connect them with local venues. She feels so passionately about it that she hopes to start a womxn-only party sometime in the future. “In Kazakhstan, womxn are told they can’t do stuff,” she says. “And if my students are from a conservative background, they might think they can’t do it because they’re told they’re inferior to men. I don’t want to book them because they’re women, I want to book them because they’re good. I want to give them a safe space to play, because there are so many obstacles in their way.”

Nazira’s bright future hasn’t been dimmed by the events of the last year. It has certainly morphed, but she doesn’t see that as a bad thing. She plans to continue her production journey with the hope of writing a full EP soon. “I also want to get into bio art – to work on some installations. I’d like to start a lecture series in Almaty, in the art center here. I’d like to find a way to combine biology with music, maybe using data and research. Maybe I’ll get another degree,” she laughs. “I’m always looking for new ways to stay creative.”

More than anything, Nazira wants to help her beloved home country continue to progress. And considering the huge amount that Nazira’s already accomplished, it’s safe to say she’s nowhere near finished yet. In fact, she’s only just begun. 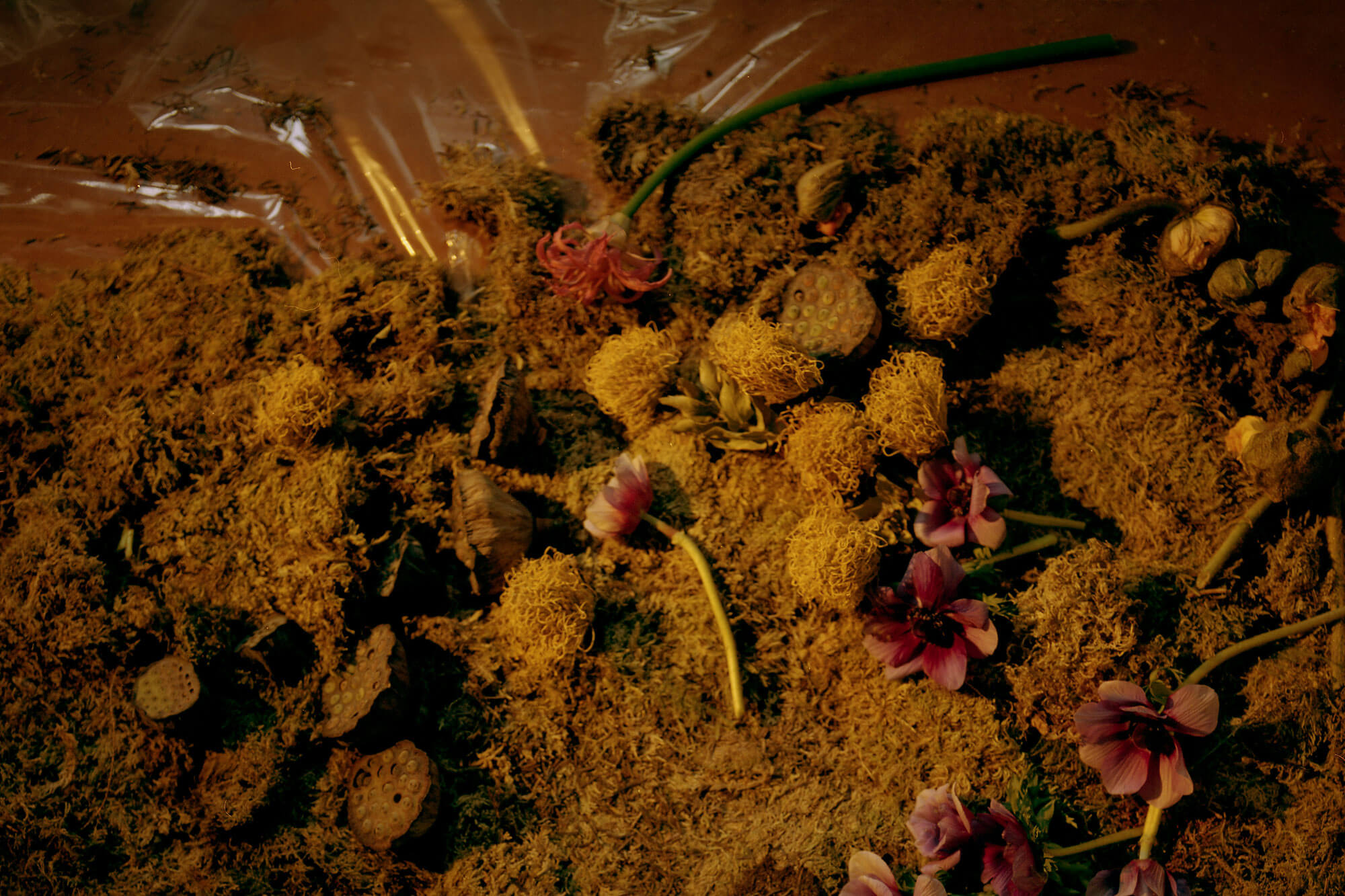