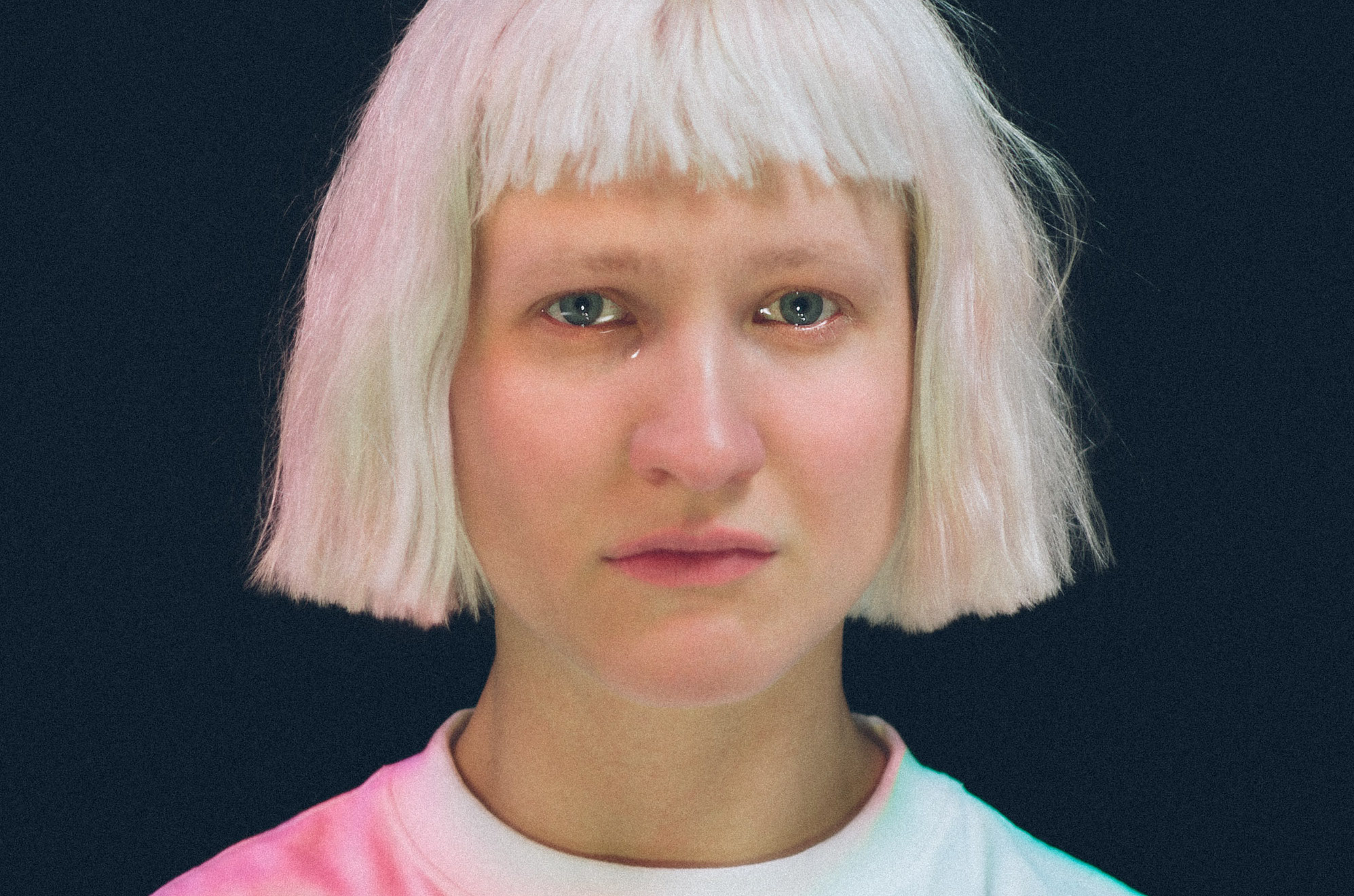 Anyone who has a nodding acquaintance with Shakespeare might be reminded of his latter-day, druggy weird-fest, The Tempest as they sink into the deliciously rich and dreamlike textures of Magic Island’s debut album.

Both works are heavy on the fantastical isles, both present ambiguous, shadowy antagonists, and both feature a single female voice: crystal-clear, a little lonely and more than a little sad. But – and this is important – powerful in their vulnerability.

Canadian musician and performer, Emma Czerny wrote and produced the album herself, drawing on personal battles and bolt-from-the-blue inspirations as she cycled home through amiable but grubby Neukölln, singing as she went. Everything about Czerny paints a picture of a musician who loves the multitude colours of her craft and wants to share them with the world; from her cavalcade of live backing vocalists she dubs The Angels, to the stories and experiences she gathers up into her songs like so many ribbons. We spoke with her to delve deeper into the story. 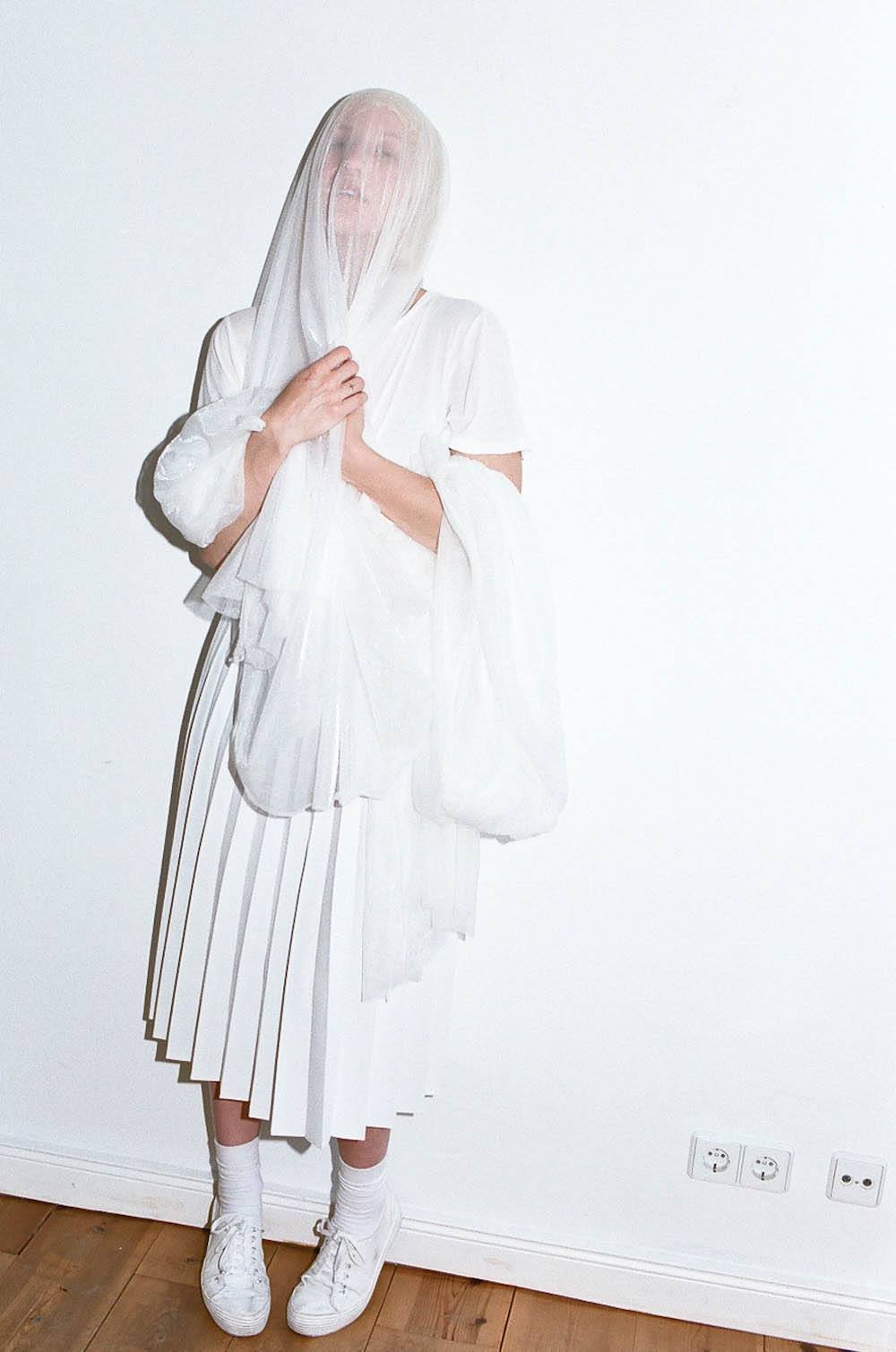 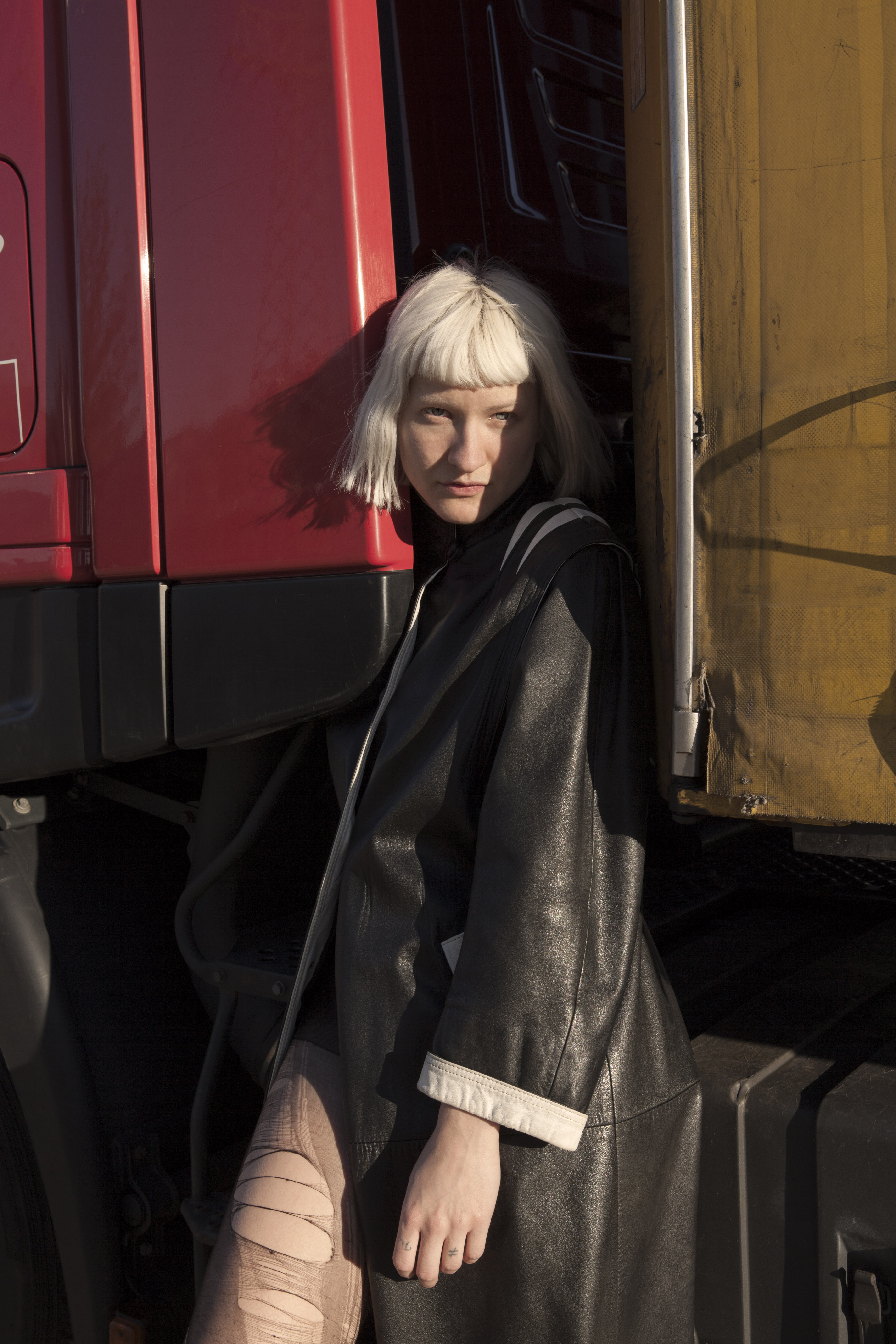 How are you? How have things been progressing over the last year?
Hi! I’m ok I guess. The past year has been a bit difficult. Trying to find purpose in this mad, sad world. Having trouble not letting this darkness consume me. Moving pretty slowly because of that…

‘Like Water’ is your first full length release. Feelings about putting it out there at last?
Ya this work took a little while to get out. I think it’s because I wasn’t even sure I was working on an album until 5 tracks were done, then it all started to make sense. I’m kind of a slow producer too, I don’t like to rush things; the emotion and inspiration has to be there or it doesn’t really work for me. Anyways, I’m happy with the release but of course if I had more time I would maybe rewrite/reproduce a few things… deciding when something is finished is the ultimate challenge in this game!

How conscious are you when you write? Is it an act of process or an act of inspiration?
Pretty unconscious I guess. Haha…well the production is an act of process since I’m doing everything myself. Takes time and different settings or mindsets to develop each layer of a track. Maybe not as smooth as jamming for example, when you get those natural elements of communication in the recordings. But writing the songs is really kind of a spark plug, moment of inspiration or discovery – I usually start by writing lyrics and vocal melodies and then build the songs around that. With Shepherd, for example, I was biking home from Mitte to Neukölln when this ‘Wave, Crash’ melody in that 3 note rising scale came into my head. So I sang it the whole way home because I knew it was something special and I didn’t want to lose it. I guess I could have also stopped and recorded it quickly with my iPhone voice notes but then I would have lost this natural element to the songwriting process; maybe I NEEDED to bike home for 30 minutes singing ‘Wave, Crash’ to let that piece of the song marinate for a while to become what it became.

There are lots of textures on the record. How do these translate to a live set?
I guess that’s true, hm? But I think even though there are a variation of textures, there are also similarities that make this body of work a bit more cohesive and this translates into live. Like overlaying effected vocals, slow dramatic progressions between verses and lyrics, all elements kind of culminating in emotional explosions towards the end of the track. For the album release concert I’m working with 4 backing vocalists who I’m calling ‘The Angels’ (Sarah Dudda from Helen Fry, Angela Chambers, Martha Rose, and Sylvie Weber), and this really works with the concept of the set and the tracks in general. It allows me to emphasize the vocal structures in my songs and helps to translate this into a live performance that’s maybe more dynamic than me alone looping choruses or singing with effected vocals. I wish The Angels could be with me all the time!

‘I will lose my power’. Alchemy, fire and power feature heavily in your lyrics to Alchemy. What does power mean to you, as a musician and a person?
I think power means confidence in yourself. Accepting yourself and representing yourself proudly is so powerful. Sexuality is powerful. I think this is why, as women, we were always told to repress our sexuality, because it IS just that powerful, men are threatened by it. I mean, we can create LIFE! What is more powerful than that?

Is there someone you’re singing to in particular on the record?
Not one person.. I mean I wrote the album quite slowly over two years so a lot of the songs come from different experiences and moments in my life. So maybe actually I’m singing to myself? Coaching myself through these experiences, noting the ways in which I’ve wronged, confronting the ghosts or honestly feeling betrayed and alone. Making music is really therapeutic to me; I’m very sensitive and I don’t know if I would be able to deal with loss, sadness, any intense emotions really, without this outlet. 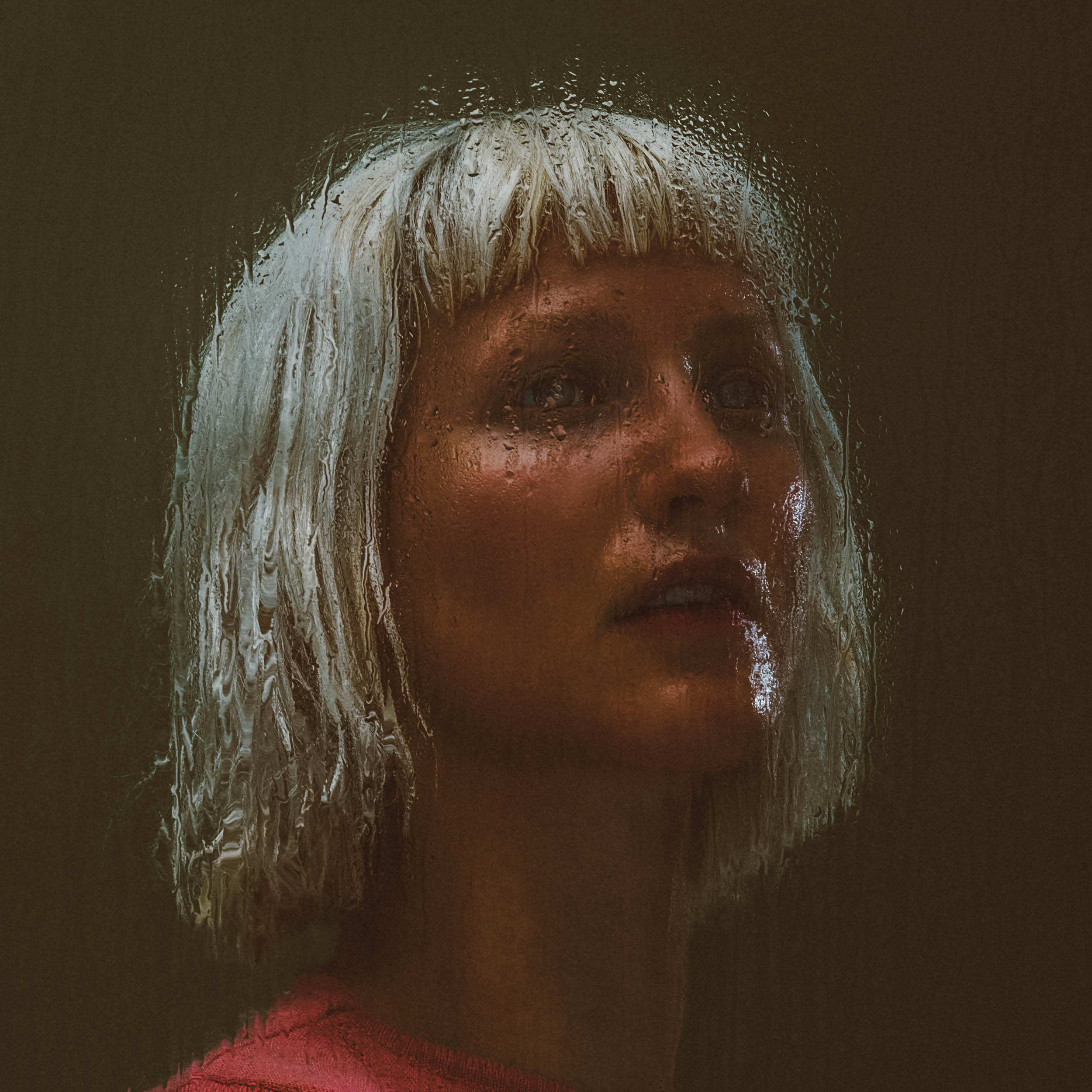 Your songs are quite spiritual and soulful, and in interviews you’re very playful. Is there a space between you as a person and you as a performer? How do you reconcile this?
In my music training as a child I particularly loved musical theatre. Doing the song and dance simultaneously, really getting into a character. I still enjoy performing to an extent but it’s much different performing to my own music – every time I get on stage and sing I revisit the emotions that were present when I wrote each track. This gets pretty heavy, and allows me to have this organic performance full of emotion. I would say my person appears to be quite strong and playful, from the outside; my performances access a vulnerability and darkness that I’ve become a master of hiding in my daily life.

You’ve talked about your love of Kate Bush. Is there an ideal artist you’d like to tour with?
In my wildest dreams I’d be on support tour for Beyonce. Apparently she has an all-female band she tours with. This would be cool, and RARE—to be surrounded by mainly women in the industry. Otherwise I’d love to tour with Sevdaliza, Solange, Bilderbuch, Dillon, Drake… to name a few.

You play a show February 24th to celebrate the release of ‘Like Water’ with a debut performance from World Brain of Fenster. What can people look forward to?
The Angels! An amazing costume made by friend and artist Eric Winkler. World debut of World Brain, hehe. That is the new solo project of Lucas Chantre from Fenster – he showed me some demos ages ago and it was incredible so I’m looking forward to see how he’s developed it since then. I think it will be a night of good vibes and intense music to heal your soul.

And what about the rest of 2017? What are your plans?
A bit of touring around. I’ll play with Xiu Xiu on his German tour in May. Dead Funny Records in Japan also releases Like Water for that region so I’ll be headed there at some point. Starting to work on the next album! Princess Maya (Austra) and I are finishing a track together which was a fun collaboration, super natural and easy. Supernatural.

Magic Island Like Water is available now via Bandcamp. 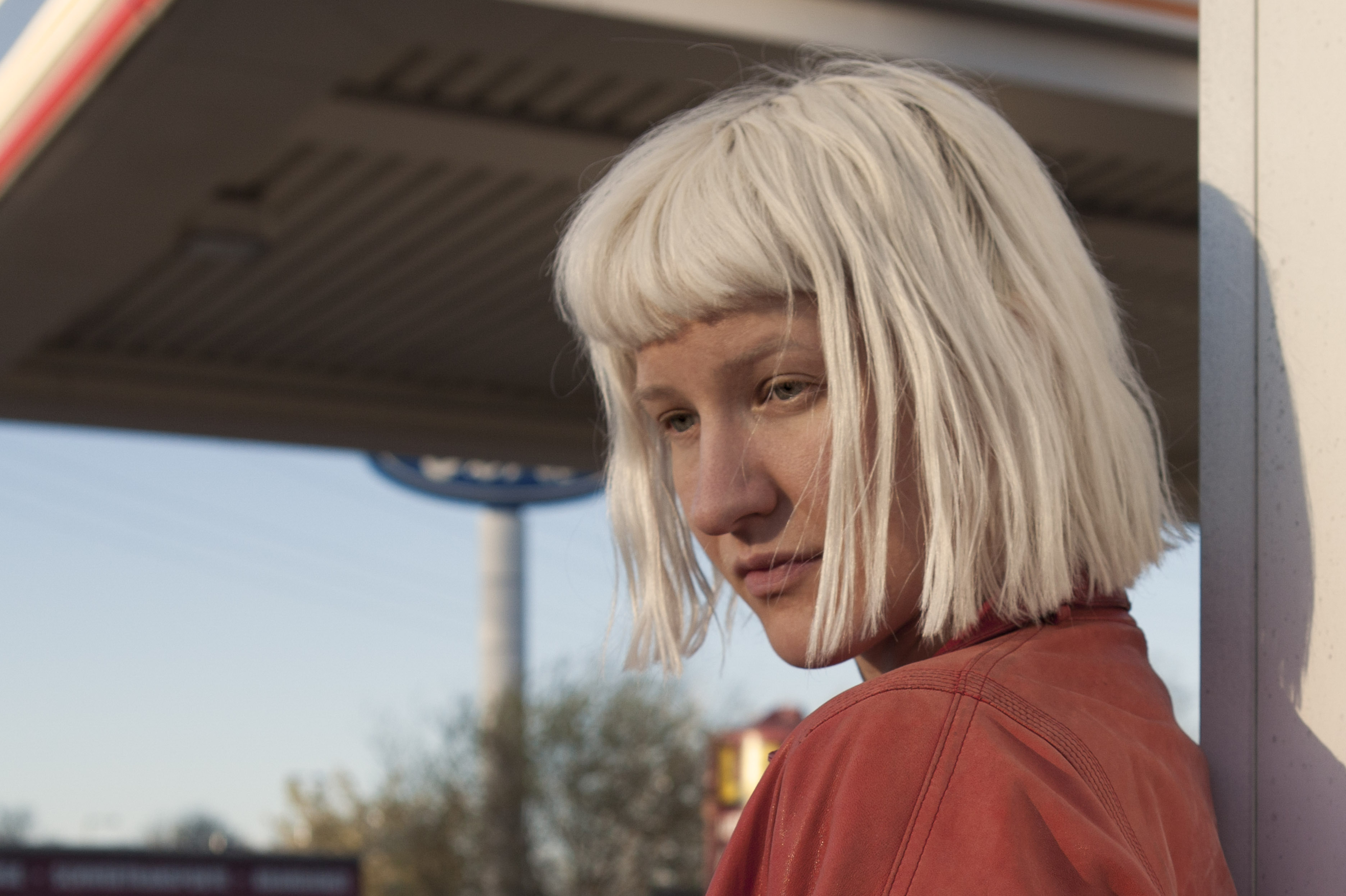