The Candian-born singer and producer on anger, anxiety and family 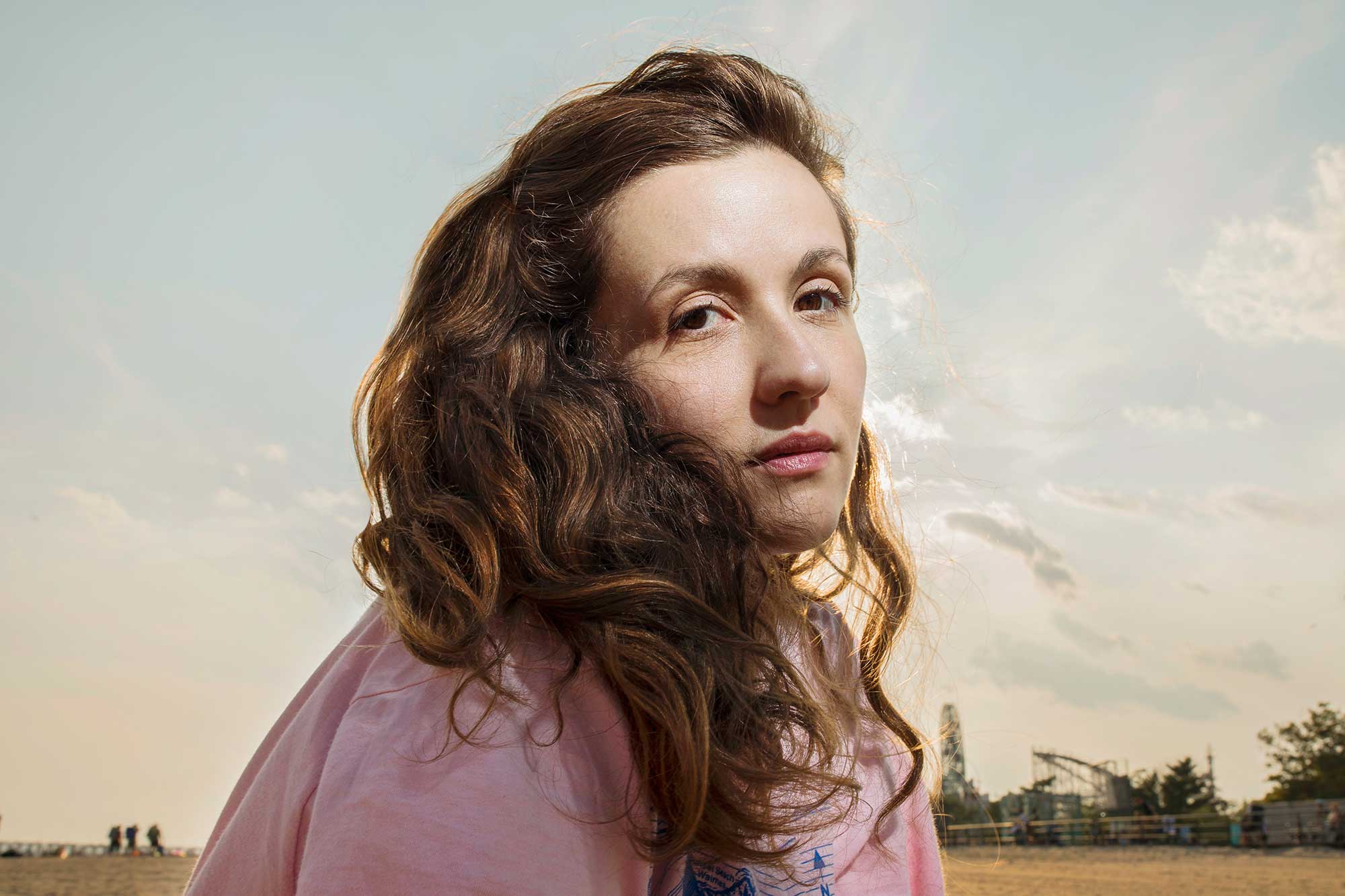 Named by the Guardian as “the latest and possibly greatest of the new ethereal soul girls”, Jessy Lanza’s music has stunned critics with her unique use of vocals, exploring everyday issues with a calculated playfulness and light, vibrant sound. Ahead of her upcoming gig in Kantine am Berghain, we spoke with her about overcoming expectations, embracing anxiety and discovering her own identity.

Exciting stuff was happening in the dance music scene in Hamilton in the 90s. Jessy Lanza knew this through her parents. They were in a rock band together, and she’d travel around with them, helping her father with his PA rental company he managed on the side. This meant she spent a lot of time in empty venues, rolling cables and taping stuff down and then disappearing before the night kicked off.

“Hamilton’s pretty shitty, in a lot of ways,” Jessy figures, but she cannot write it off completely. “Music is such a big part of my life because of my parents, and their identity is all wrapped up in Hamilton, so I can’t shit on it too much.”

Despite her parents encouragement, Jessy has had to work to carve out her own musical identity. “My dad wanted me to dance and sing but I always sucked at dancing.”

Coming into herself meant leaving behind the “Disney princess” voice she was taught in singing lessons as a child. Accepting her voice was “weird” was emancipating. Ranked #4 on Resident Advisor’s Top 20 Albums of 2013, Jessy’s first album, Pull My Hair Back was received with critical success. Layering poppy, percussive beats with flutters of wispy sound, her voice interjects sporadically, quivering yet tautly controlled. Reviewers were compelled by the unique instrumental qualities of her voice, but noted the disconnected feeling of her vocals. Why was she willing to play a “supporting role” in her own music?

“I didn’t feel like being front and centre,” she admits. “People expect things of you if you’re a singer, like, you should be really loud and understand everything you’re saying, but I didn’t want that at that time.” 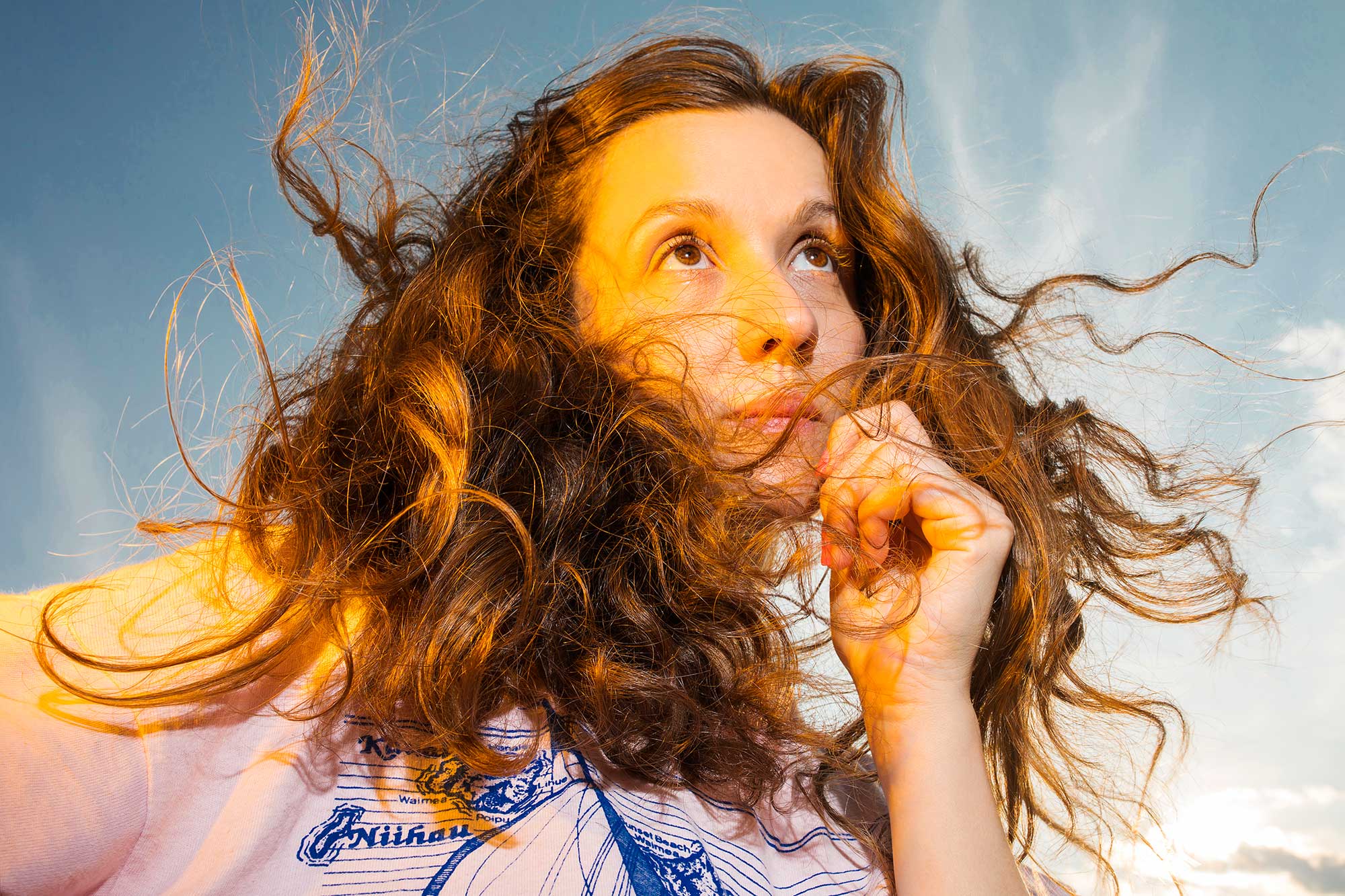 Yet where Jessy deflects attention to her voice, she reclaims space in production. She is not shy to remind listeners of her joint effort with Junior Boys’ Jeremy Greenspan, in co-producing the album, overturning the assumption that she sung and he took care of the techy production stuff.

She first began to experiment with synthesisers with the help of friend Christina Sealey (who plays in a band called Orphx) and Greenspan, but a large part was self-taught from YouTube tutorials. Jessy lights up when she talks about sampling: trawling the internet, collecting sounds from weird YouTube videos, recording voice memos on her phone. She describes visiting a busy mall in Jackson Square with Jeremy to record sounds; “sometimes it would work out and sometimes it wouldn’t – it’s just a fun way to get really original sounds and textures.”

After the release of Pull My Hair Back, Jessy told interviewers that her lyrics didn’t mean much. But listening back to the album today, she’s changed her mind.  “I think I was using it as a defense mechanism”, she retrospects. “Now when I listen back to the lyrics it’s so obvious to me what I was talking about. I tried to be dismissive, to pretend it wasn’t about anything, when really I think I was just very disconnected from myself.”

Yet Jessy’s fragmented lyrics are poignant. It is perhaps precisely in their contradictoriness that they are so particularly powerful, embodying the inherent sense of conflict that underlie overpowering emotions like love and lust. In ‘Keep Moving’, her bouncy vocals calls for movement, ‘gotta keep on moving’, but the urge is paradoxically held back:  ‘cause you make it hard for me to stop, boy’. It’s a familiar feeling: knowing that a relationship isn’t right, but feeling unable to leave it.

But pumped up with a lively, feverish groove, her scattered vocals reemerge in her 2016 release, Oh No, self-assured and pronounced. Her airy voice strikes with a newfound confidence: ‘haven’t called me lately, and I don’t fight / ‘Cause I’m not crazy, baby, I know when it isn’t right’.

Music is a channel through which Jessy has been able to understand herself, but it has played a double edged role throughout her life. Creating it has been both the root and remedy for her anxiety. “I can be really hard on myself, but I also make music because it’s the best way for me to deal with how I’m feeling.”

In her latest single, ‘Lick in Heaven’ she articulates “all kinds of petty bullshit” that irritate her on a day-to-day basis.  The idea for the track came after an argument with her partner. “We had gotten into a crazy banger of a fight. I really lost it. But then after I was reflecting on it, like, what was the moment that really pushed me over the edge? And what frightened me most was that I couldn’t remember. It had nothing to do with him – it was just a totally different dialogue I had with myself.” She laughs about the possibility that her life is “like a film noir and the twist at the end being like I was the asshole in all of it”, a concept she is exploring in her next record.

It is this acceptance of uncertainty that makes Jessy’s openness so compelling. It’s as if she has come to know herself by acknowledging the fact she never fully will – embracing the ability to have flaws, to change her mind, to exist and to grow through contradictions.

“I feel really happy,” she grins. “I’ve worked through a lot with this album.”

Jessy Lanza plays Kantine am Berghain on Saturday March 14. Keep up to date with everything in Jessy’s world. 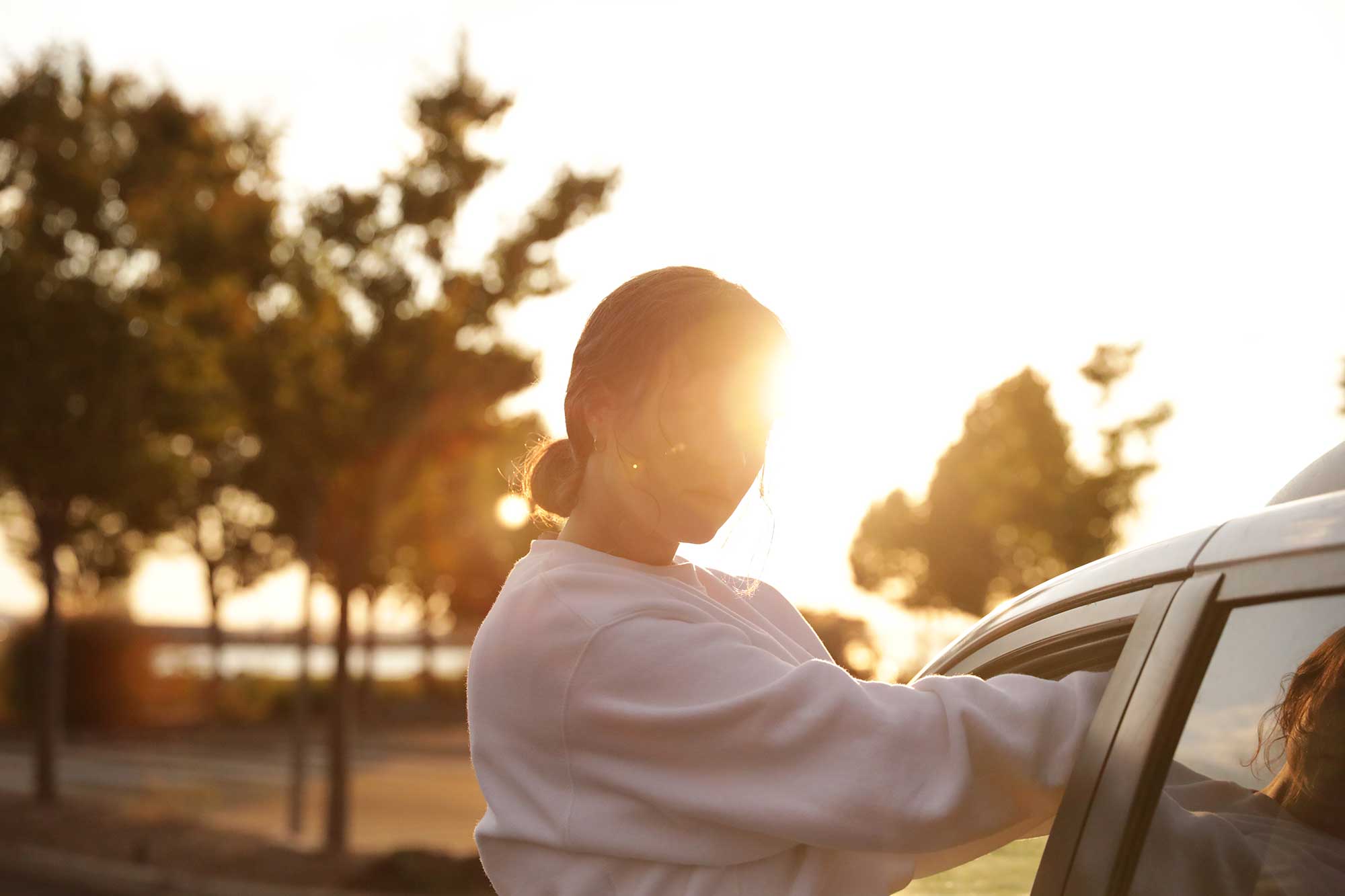