In the Friend Zone with Michael Mayer

Unveiling the collaborative process behind the techno legend's latest album 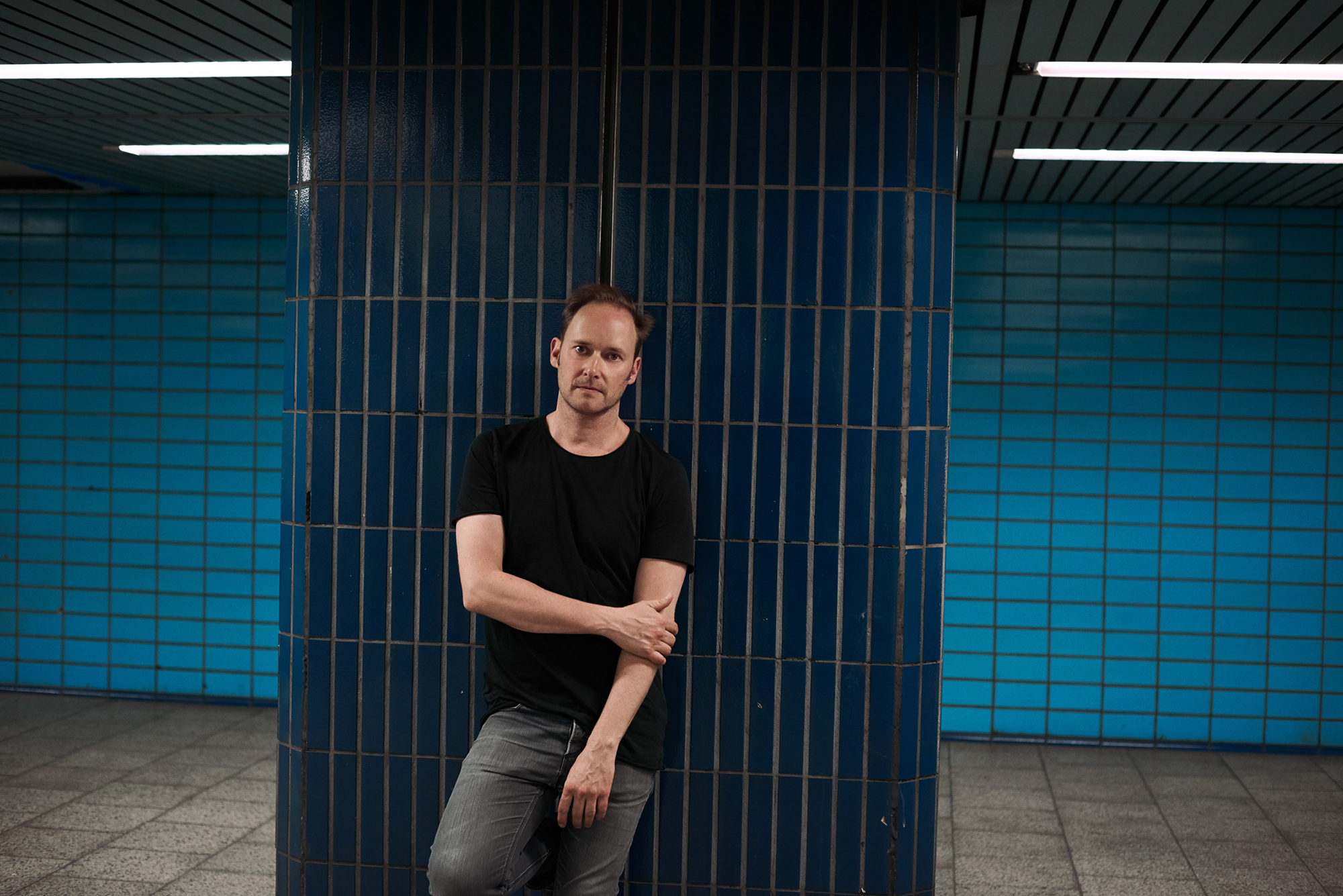 After more than 20 years of DJing, co-founding one of techno’s most important record labels, releasing an abundant discography of his own material and remixes, and being recognised worldwide as a techno legend – what comes next?

Michael Mayer’s list of achievements is long, but he’s no lone wolf. Along with an impressive roster of respected luminaries, Mayer is now presenting his new 12-track album &, wherein he collaborates with friends such as Roman Flügel, Gui Boratto, Prins Thomas, Ed Macfarlane and more. It’s not just a pick ‘n’ mix, though; the album maintains a Mayer-consistency all the way through, showing he’s a man of many faces – and a master of each. We spoke with the man himself to learn more about what it took to create such a project.

You’ve said before that you considered this album a challenge from the very beginning. Is this conceptual and physical challenge a way to foster your creativity? Does the obstacle nourish your process? Definitely, but that is only one side of the story. I usually have a lot of stuff to do – going on tour, taking care of the company and so on – so for a project like this I have to plan everything a long time ahead.

Earlier this year I decided to stop for some months to really focus on the album, but while doing that I saw myself sitting in the studio, all alone, and I thought, ‘Damn, I need company.’ [Laughs] I decided to collaborate with somebody, and so I started wondering who that could be and came up with a list of people I would potentially like to work with. It was too tough to choose just one person, so it was like, let’s try all of them! And that’s how it came about.

What did you have in mind when making that list of names? For me, having an emotional relation with the person was way more important than any technical qualification. I’m not a very picky guy, the friendship and the vibe was the key factor.

I’m not interested in the scientific side of music – for me it's about the emotion.

So did you find the cohesive concept of the album, the sound, once you had all the recordings in front of you, or did you see a common thread from the beginning? I had a couple of studio sessions before my collaborators came over. I would always sit down and create a sketch of a track with the respective person in mind, so there was something prepared before I met with my guest. I thought this would be important to create something cohesive. It was a good exercise, to create a track with a particular person in mind, I’d never done that before.

Do you think you could have done a project as ambitious as this one ten years ago? Or is this something specific to this current moment of your career? I think all these years of DJing have helped, because as a DJ your key exercise is to feel the people in front of you. What I like to call ‘reading the dance floor’ has a lot to do with empathy, so I think my experience of many, many years doing so has made it easier for me to realise a project like this. I wouldn’t have been able to do that ten years ago.

You also have a wide experience as music curator as well through your label, Kompakt. Did you choose the artists for this project of yours in the same way you sign the artists for the label, or do you have different mindsets? I’m not that schizophrenic [laughs]. It’s always the same person behind, I think there’s a red line between all the things I’m doing: the way I select records for DJing, the way I find artists for the label, and also the way I create music. I’m hunting for things that touch me emotionally. As I mentioned before, I’m not very much of a technician, I’m not interested in the scientific side of music – for me it’s about the emotion. That also explains why I mostly invited friends to collaborate with me on this album, because I needed that emotional basis to create music.

How did the process go? Did everyone come to the studio to record in person? The original idea was to have all the collaborators here in my studio, but that didn’t work with some of them. For instance, Andrew Thomas lives in New Zealand, so it wasn’t really viable to bring him for a studio session, it would have been too complicated and too expensive. Ironically, the same thing happened with a collaborator who lives only 50km away from here, Hauschka. He’s in Dusseldorf, which is a half-an-hour train ride from Cologne, but his instrument is the piano, and he doesn’t play on any piano, it has to be his piano, and he couldn’t bring it on the train.

There’s only three that didn’t make it to the studio, but all the others came here, which was super exciting on so many levels. You know, I respect all of them a lot, they’re friends and we have a history, but we’d never created music together. We’ve DJed together, we’ve had thousands of dinners, but we never made that step to create something, and it was a very, very rewarding experience. To have them as my guests, to take them out for dinner or cook for them at home, and then do this thing – that was quite exciting.

And if you could have worked with someone who’s not in the album, who would that have been? [Laughs] That’s a tough one! There’s this one person I’ve admired and followed for many years, and that is David Lynch. He’s also a musician, not only a filmmaker. I like his films so much because of the music he chooses. Sometimes he plays some tracks himself, and he also works with Angelo Badalamenti, who would be another person I’d love to collaborate with – but that’s a long shot.

It’s been said that your first album was a reunion of your early influences, and now you’ve united a handful of artists from your own generation. In a way, it feels like you’re establishing this connection between the past, present and future of electronic music. My music is full of references from different eras; there will always be an Italo-disco influence, or an ‘80s pop influence. That’s the time when I grew up and discovered music and fell in love with it, that’s the sentiment that I know from that time and it’s always with me.

The core of the thing is still dancing and enjoying yourself and closing your eyes.

But I’m not a very nostalgic person, I’m interested in the new. When I’m DJing, 95% of the records I play aren’t much older than one or two years. And I don’t like this revival culture so much, it’s not for me. I’m very happy for the younger generation, that they are able to discover ‘90s deep house now, but I can’t go back there. I was there when it happened and I can’t repeat myself. I always feel a bit awkward when the next revival comes up, I’m like, ‘Oh no, I’m not ready for this! It was just yesterday!’ So my way of dealing with the past is taking small references and inspirations from that time and trying to create something new out of it, something that sounds like 2016. I’m not sure if it works, but that’s what I’m trying. [Laughs]

Which artists do you think sound like 2016? There’s this whole UK scene that I find quite interesting – Kowton or the Hessle Audio family – former UK bass producers that are now making techno or house. It’s a very now sound, it doesn’t sound like anything that came before. Then all of this mid and downtempo stuff, like Weval – very free-minded, modern pop music that doesn’t really take from rnb or from hip hop. It’s a generation of kids that listen to anything from Steve Reich to Abba and Underground Resistance over the internet. They have an amazing knowledge about the history of music and are able to create something new out of it.

Record stores have played an essential role in your career, especially in your formative years as a DJ. As a record shop owner, what is your opinion on current state of physical shops, given that Discogs has taken over the digger universe, and there are so many virtual platforms where people can sell their own music? That’s complicated [laughs]. If I was a serious businessman, we would’ve closed the record shop years ago because we’re not really making money with this. But record stores are something that defy logic and pure mercantilist thinking. It’s a social place, a place where you can discover what you can’t find on the internet, where you have someone to ask at the counter who can recommend something. Buying records doesn’t get old.

But there’s the whole Discogs phenomenon, small editions sell out within days and are to be found there the day after. It’s perverted, it’s really not my kind of thing. Sometimes I get the impression that most of the vinyl market and electronic music nowadays comes through these Discogs guys and it’s all about reissues of old music. Current music is hardly really happening on physical format, so it’s not selling very well from my perspective.

You’ve always supported the idea of a party that goes beyond a mere techno session, that has emotional content. Do you feel the same nowadays, or has your perception changed? The biggest change is that the sound systems are much better, and it’s easy to find a place that’s playing cool, underground electronic music. Back in the day, something like that happened once a month. So the accessibility of music has changed a lot, but when I look into the eyes of people in front of me on the dancefloor, I still see the same glow, the same excitement, the same spectrum of emotions people go through when they’re at a party. The core of the thing is still dancing and enjoying yourself and closing your eyes. This escapist moment is still there, like in the first days – nothing’s changed.

Michael Mayer’s & is out now on !K7 Records. 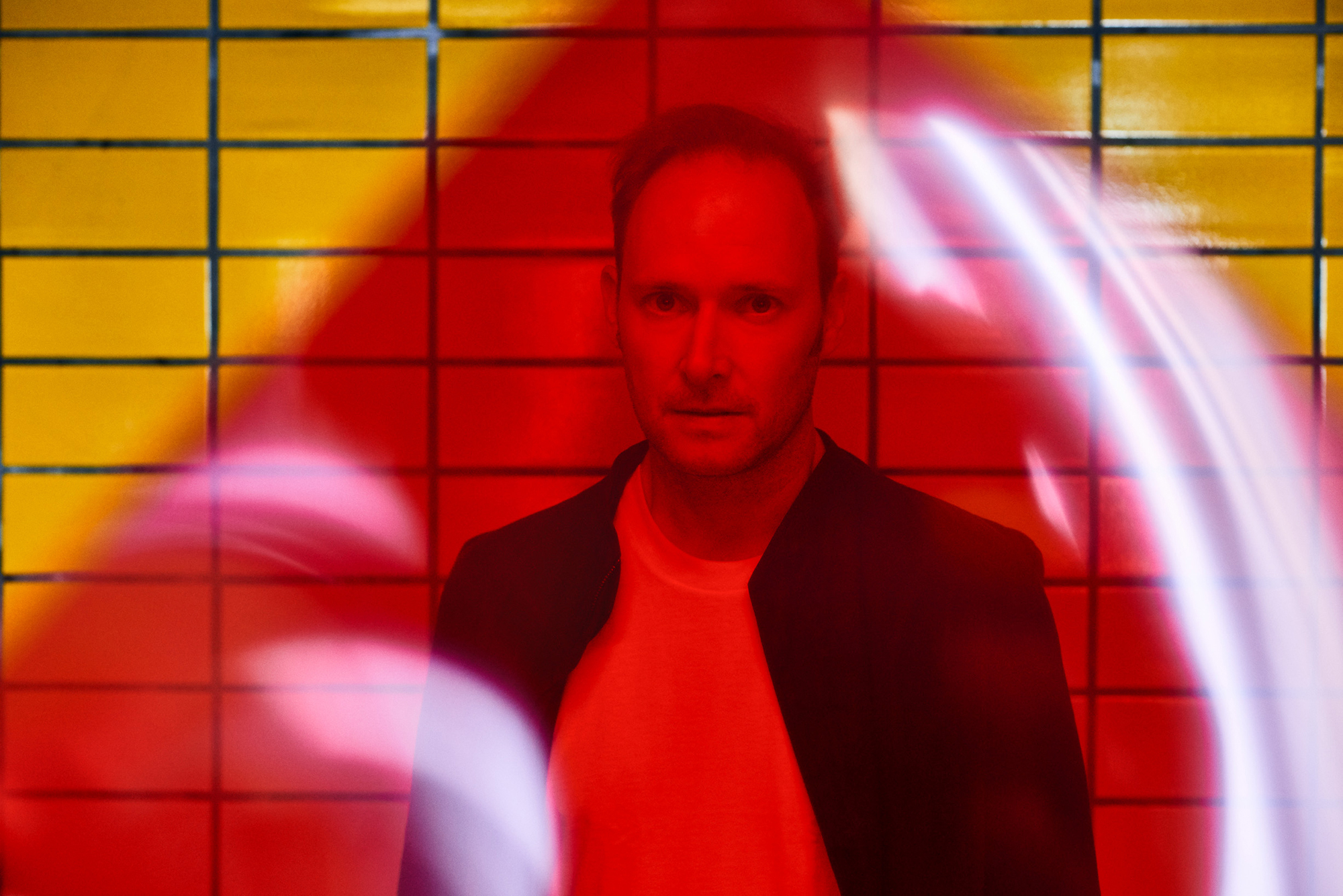