Getting To Know: Sarah Walk

The singer–songwriter on her powerful debut album 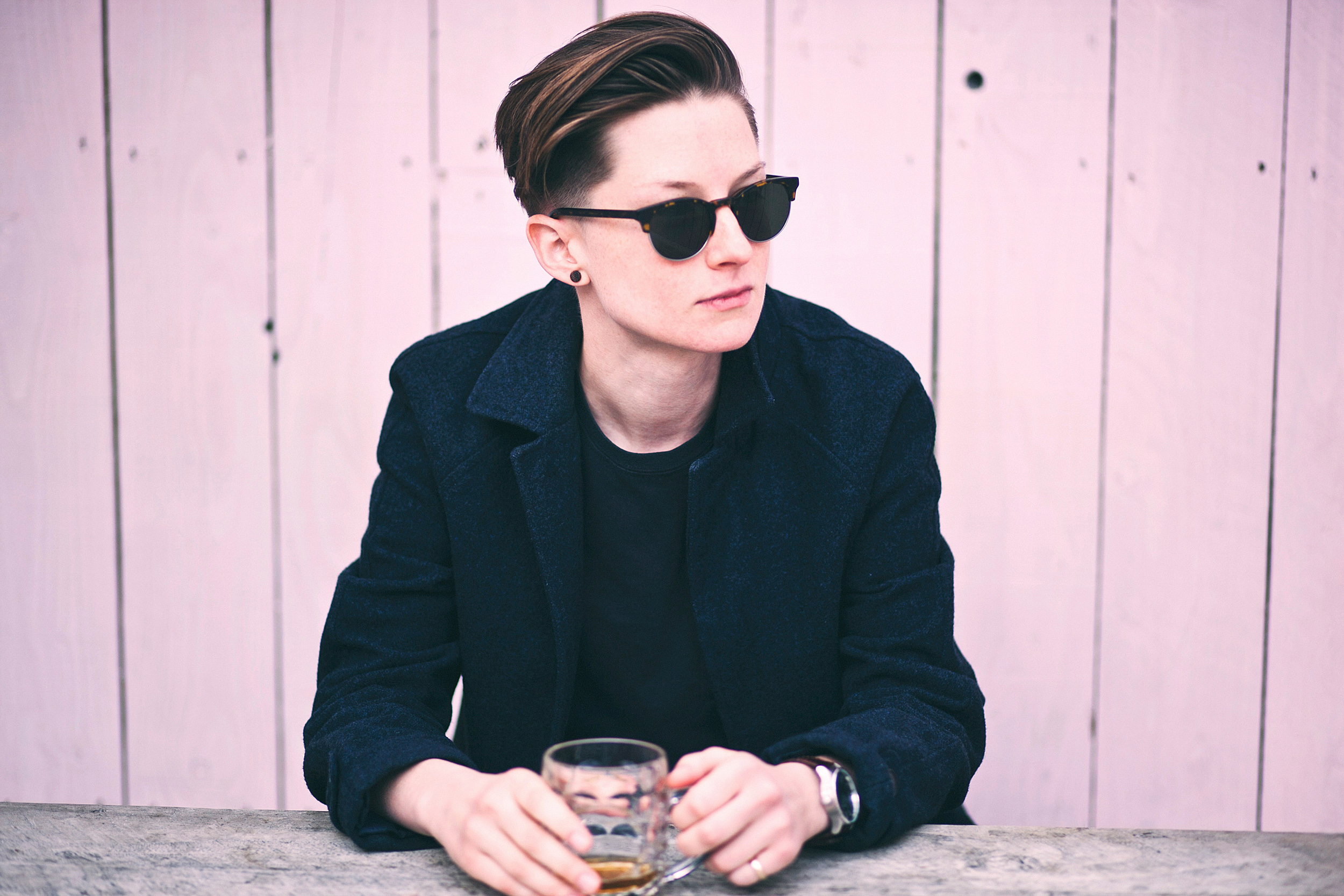 She’s a pianist, she’s a singer, she’s a visceral songwriter. She combines a sweet and melancholic atmosphere with uplifting crescendo; catchy pop melodies with rock layers and orchestral arrangements.

She’s Sarah Walk, a 26-year-old Chicago-born musician who grew up in Minneapolis, studied at Berklee College of Music in Boston, and now ready to release her debut album Little Black Book on One Little Indian. We caught up with her when she came to Berlin to talk about the record and her artistic path. 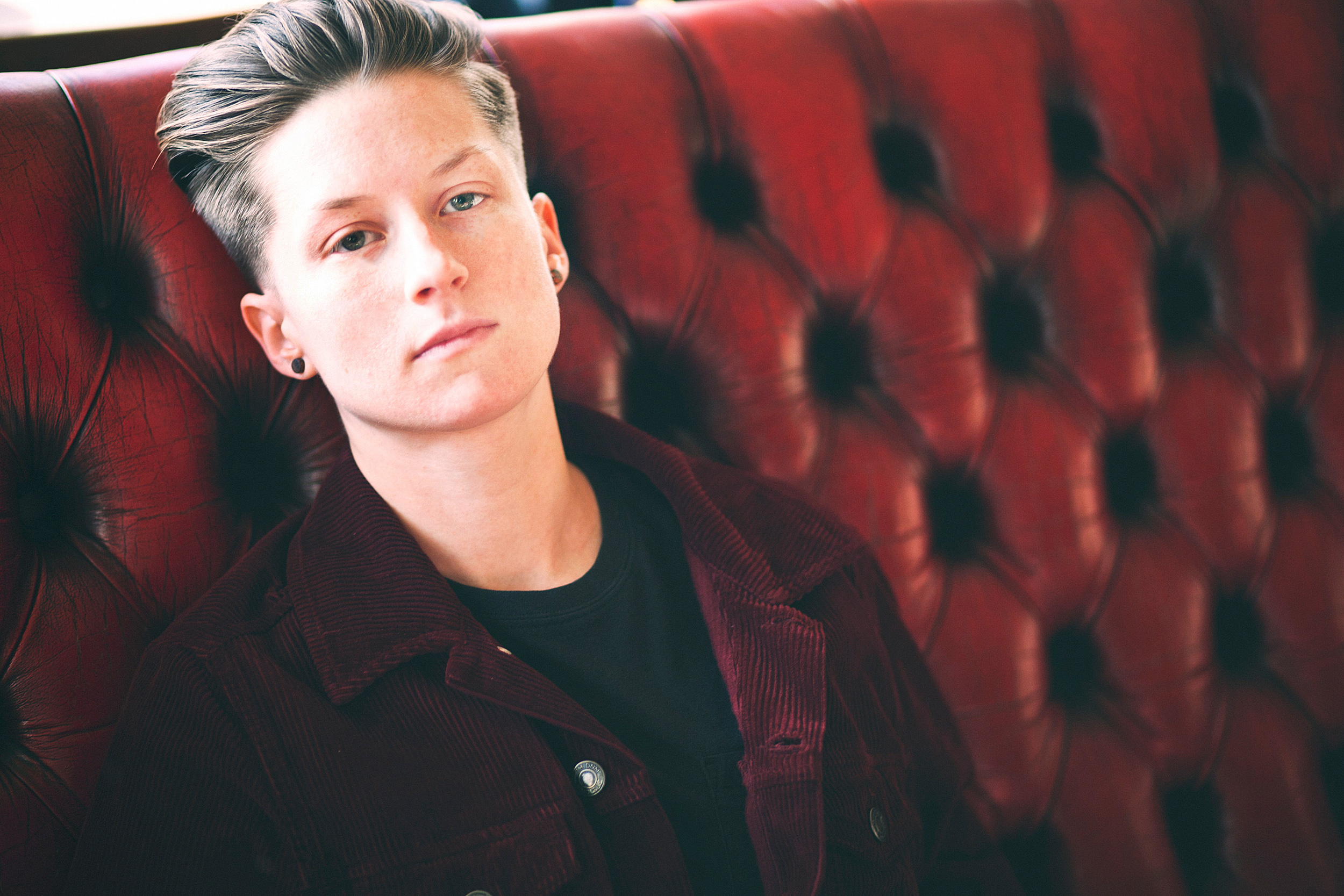 Does the little black book of the title really exist? Yes, it does! I actually had chosen that title for the first track on the album, but then I realised that the song explains the whole album in an interesting way. Because I really do have a bunch of black notebooks: I’ve used them over the past ten years to write lyrics and different ideas. Most of the songs originated in those black books.

Could we say, then, that Little Black Book is about love? Yeah, pretty much! It’s interesting, it wasn’t really a conscious thing. This is my first album, so I had my whole life to choose songs from. The earliest song on the record is ‘Prettiest Song’, I wrote it when I was 14, and the most recent one is ‘Time’, which I wrote when I was 23. So it’s a long range of time but, generally speaking, the songs included in the record are heartbreak, love, and relationship songs, that’s true. I chose them because I found them so honest and meaningful that they called me back to finish them. 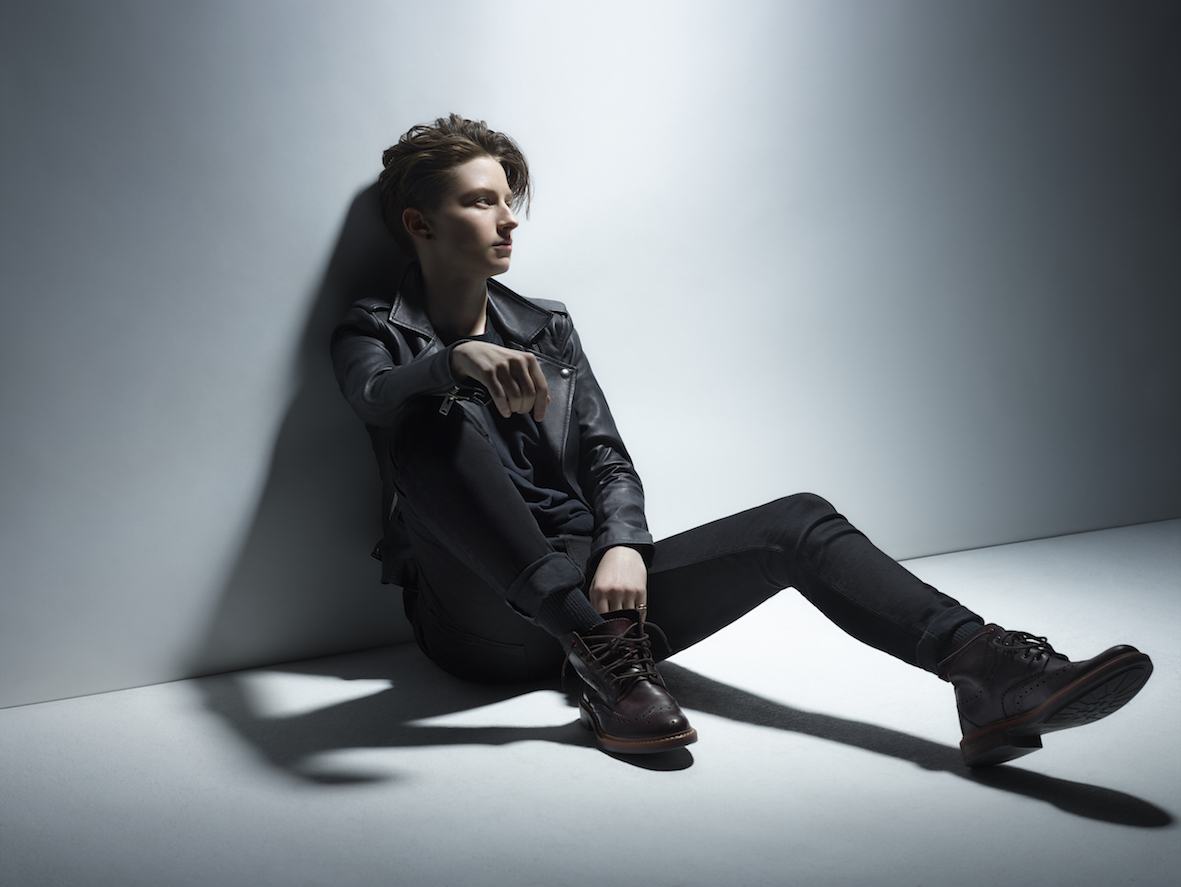 Were these songs born at the piano? Yes, most of the older ones on the record were on the piano. Sometimes I go to the guitar just to change it up, but then I end up going back to the piano. I don’t know why, it’s weird, but the piano has a certain sound that’s unique to me.

With your producer Steve Brown you made a powerful blend of rock moments and orchestrations. Did you have specific references or goals on your mind? You know, it’s interesting working with Steve. I mean, he did all the strings arrangements. He’s obviously very good at that, but he’s very old school. He doesn’t overthink anything and we never really talked about references. I had actually recorded a lot of the songs in the past with a band, so I had an idea for them. Like the ‘Bored To Death’ arrangements, I did all that myself. The band and I, we just rehearsed and figured out the arrangements and Steve completely let me be free to do what I wanted to do.

As a result, the record sounds eclectic, but with a strong personality. Thank you! I think it’s an interesting album – it’s very dynamic, there are a lot of different layers, some of the songs are really rocky and heavy, but I think they have a kind of sweetness as well, and some of that is brought out by the strings. 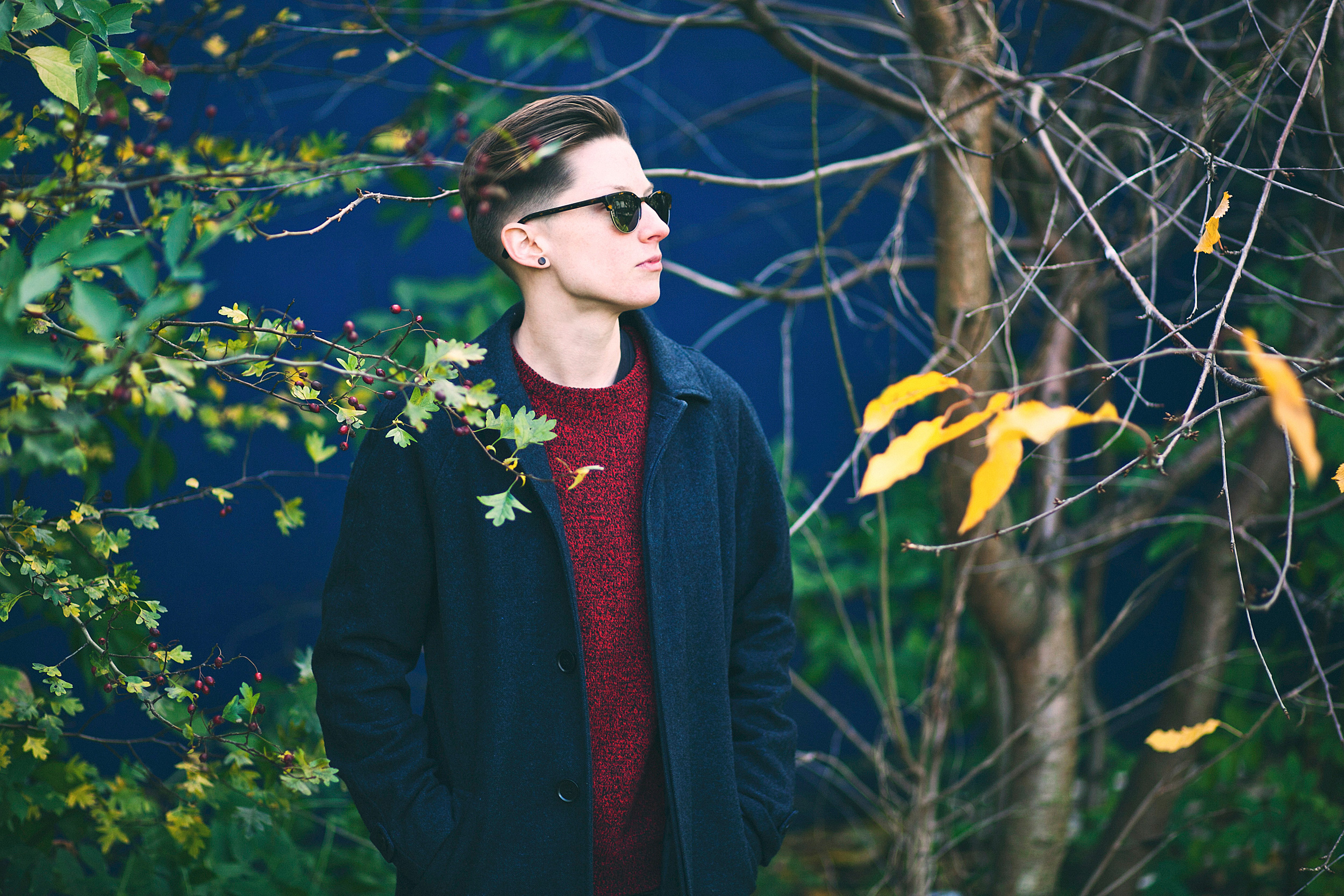 When did you first start playing piano? I was a child, I used to take piano lessons, but I was terrible at reading music, I always wanted to play my own music, so I ended up telling my mom and then–

Then you studied at Berklee College of Music. And I loved it. That’s actually why I ended up in London: the bass player I was playing with, I met him in Berklee and he’s from London and he’s Steve Brown’s son! However, I met so many wonderful people there. That school is very international and I love its sense of community, even if, like any specialised school, it’s very competitive and sometimes that annoyed me. But the greatest thing was being in an environment where saying, “I’m a musician and that’s my career,” is not something anybody thinks is a joke. In Berklee music is taken seriously: every single day people are telling you: “You are a musician.” And that’s very important.

Can you remember the first song you wrote? Oh, my goodness! No, I’ve always loved music and from a young age I was kind of singing and creating. Maybe the first time I really started to take it seriously was when I was 13 or 14 and I wrote a song. Actually it’s called ‘The Remains’ and it’s on the album.

Really? Sure, that was about my first heartbreak in my life. It was one of those songs that I didn’t have to think about or over-analyse, it just wrote itself in 20 minutes and I ended up performing it for my high school – there was a competition and I won. I think at that point I started writing songs that were personal, whereas before, everything was about the world around me. It’s silly, but that competition made me understand the power of songwriting: you initially write something about your life, your perspective, and when you finish it and perform it you can give it away and have an impact on other people. 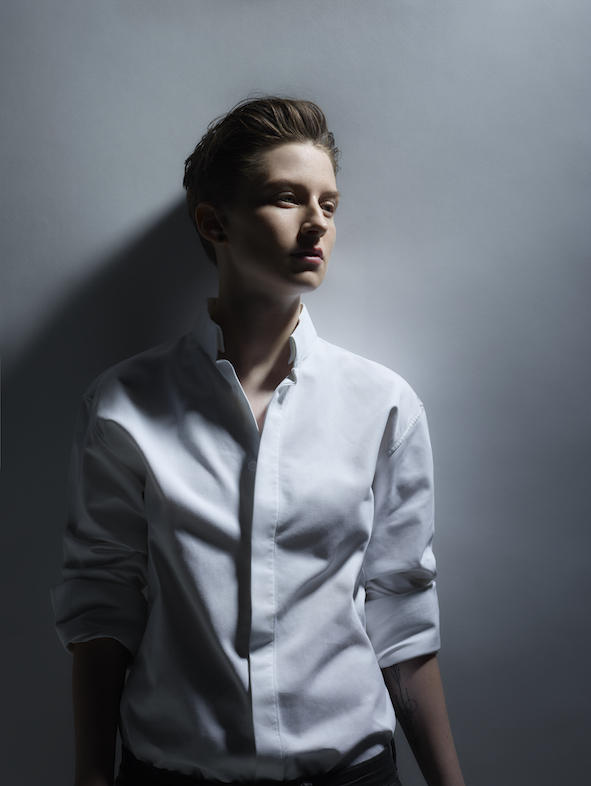 Who are your favorite songwriters? I listen to a lot of different kind of music. I love classic folk stars like Joni Mitchell, Paul Simon and Jeff Buckley, but I also love Radiohead, Fiona Apple and hip hop, A Tribe Called Quest and that kind of stuff. Yeah, in my songs I try to mix together the lyrical sensibility of folk writers, the soundscape atmosphere of Radiohead, and those kind of bands and the rhythm because I play drums too and I like the rhythmic elements of rap and hip hop. And I love pop too, Rihanna and Beyoncé, but for my music, I play with different styles and find a balance.

The video for ‘Still Frames’ is about a love story between two men, but also in interviews you are very explicit about your sexuality. I’m totally open about my sexuality. I’m worried about it becoming the label applied to me or my music, but in my songs a lot of the times I say “she,” or use female pronouns and that was not a conscious thing. I just wanted to be honest, so I didn’t want to say “he,” because that wouldn’t be true, and I didn’t want to say “they,” because I sing about personal things. I think that people can hopefully hear my songs and even if I’m saying “she” and they are interested in men, that doesn’t take them away from the songs. I mean, you’re taken away from something bigger, I believe. 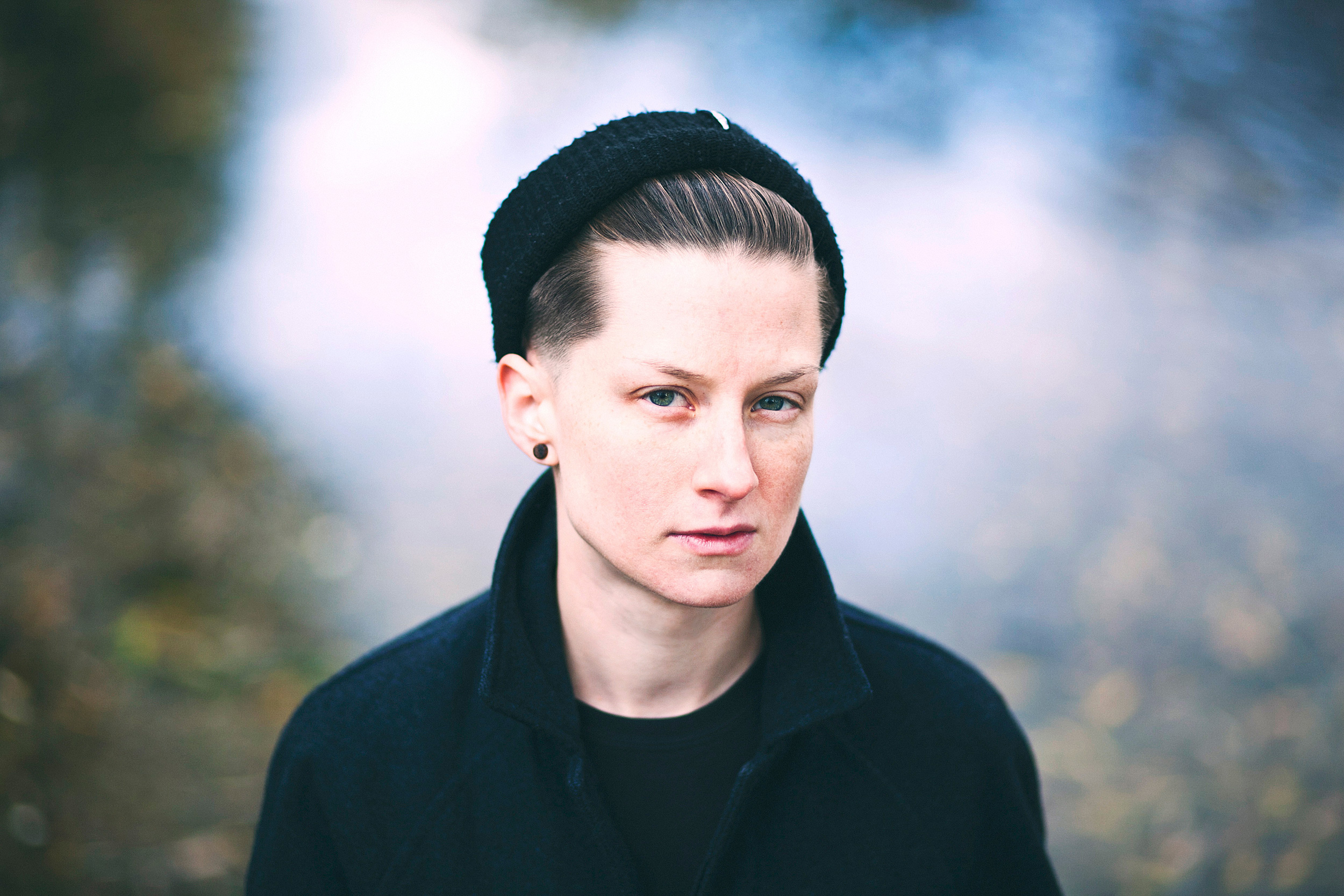