Folk Music by the Fireside 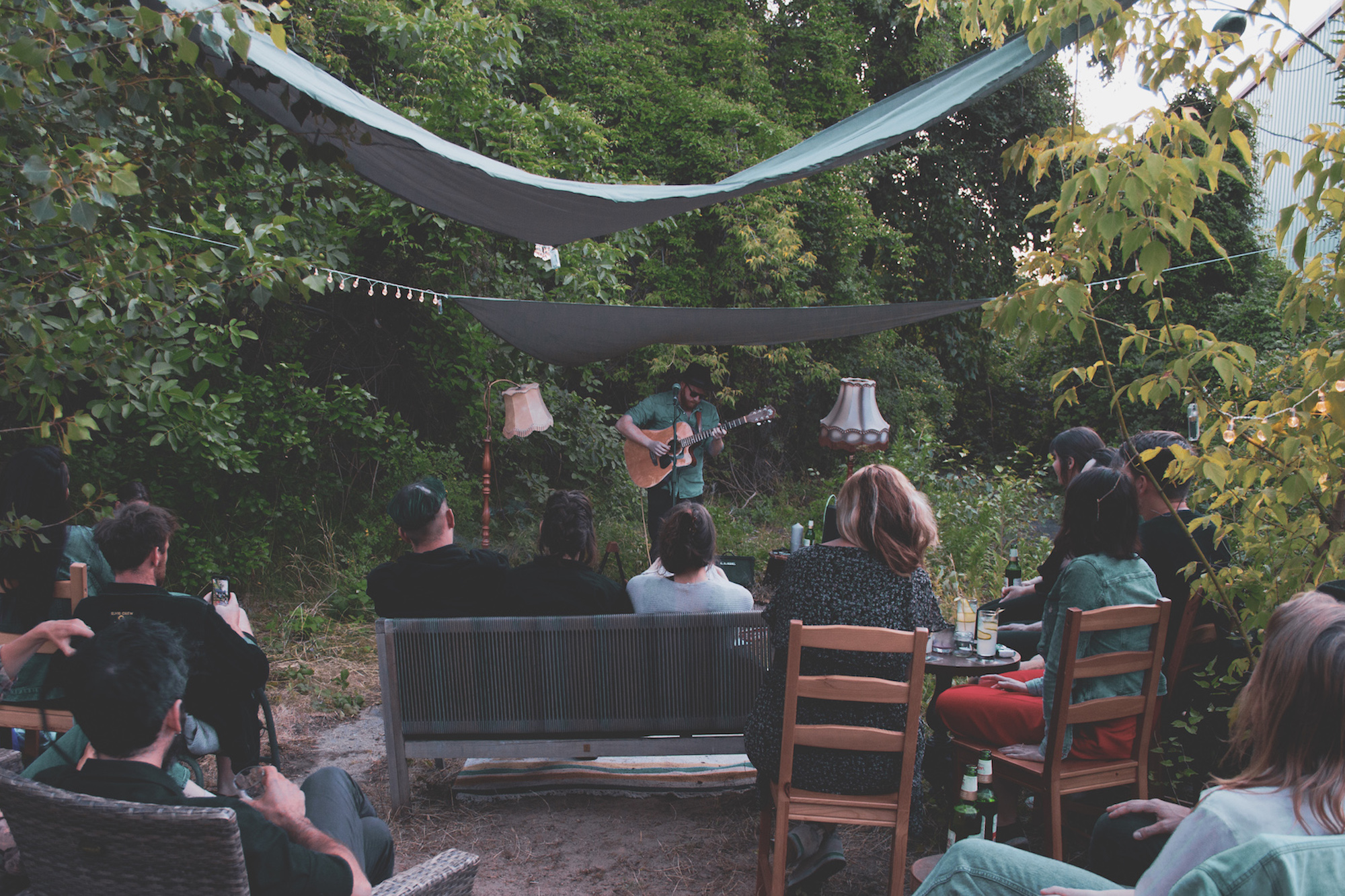 The first post-lockdown event hosted by the Berlin-based studio and record label, The Famous Gold Watch, was the opening of their new live series, The Fireside Sessions. The debut show of the series took place in the small garden near The Famous Gold Watch’s studio in Weissensee. The line-up included Lotta St Joan, The Nation Mourns, and Michael Brinkworth.

Folk shows in Berlin don’t usually transport you in the same way this open air event did. The space itself was paired with the sounds of the music almost seamlessly. Rustic lamps were scattered among the towering trees and hanging leaves, and the sound equipment rested on a worn old carpet. The whole night felt intimate – like a garden party with friends. 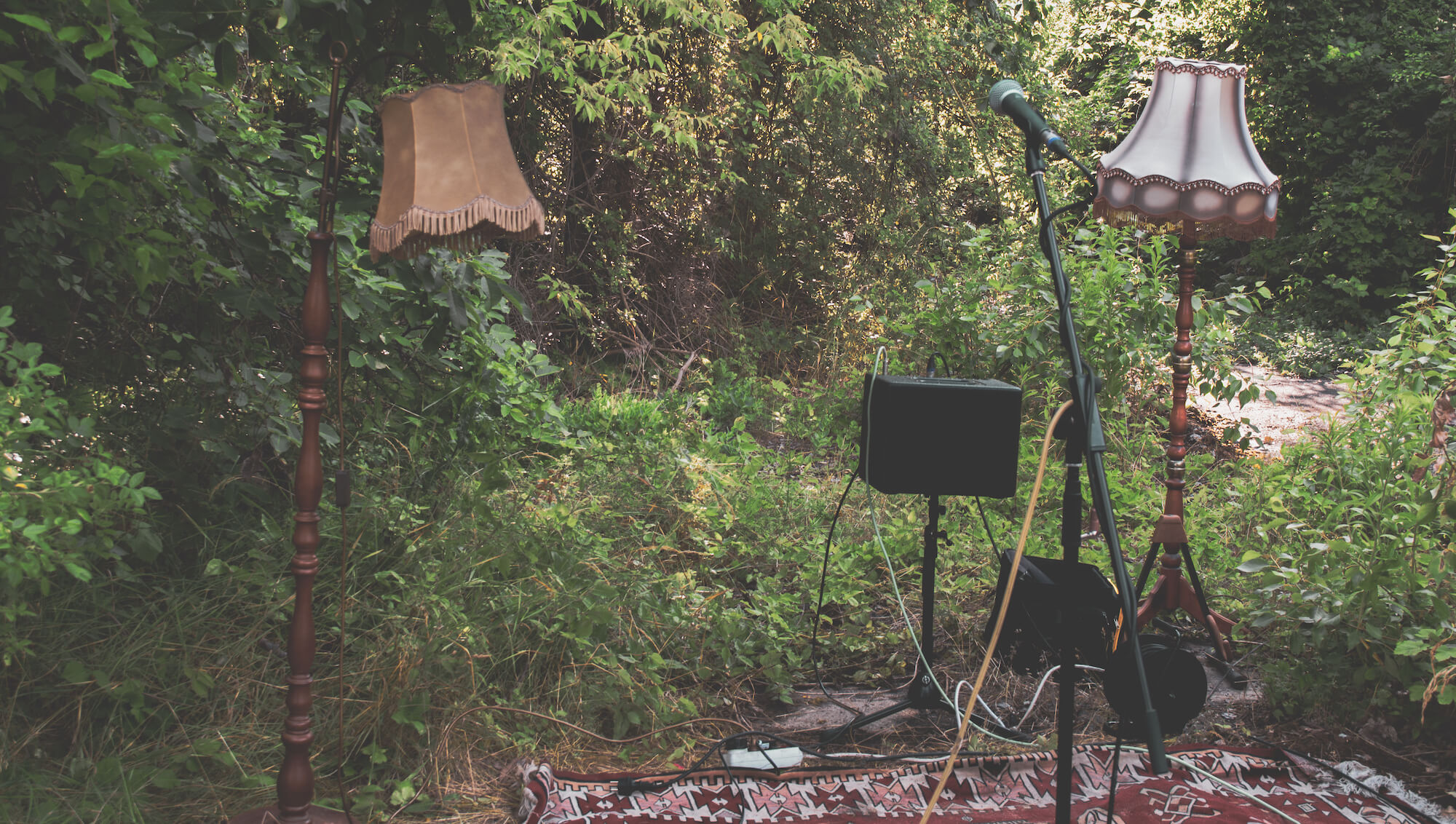 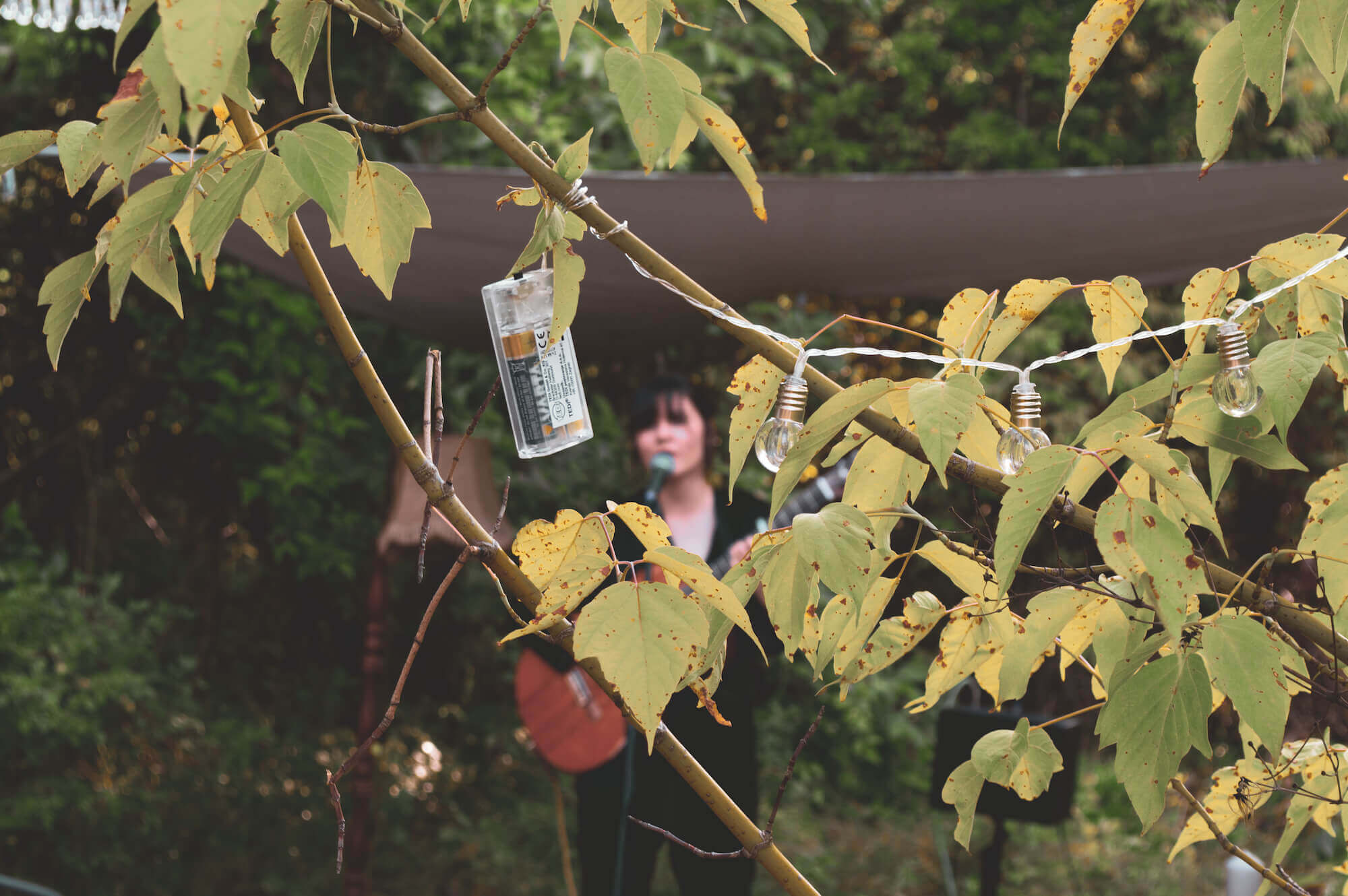 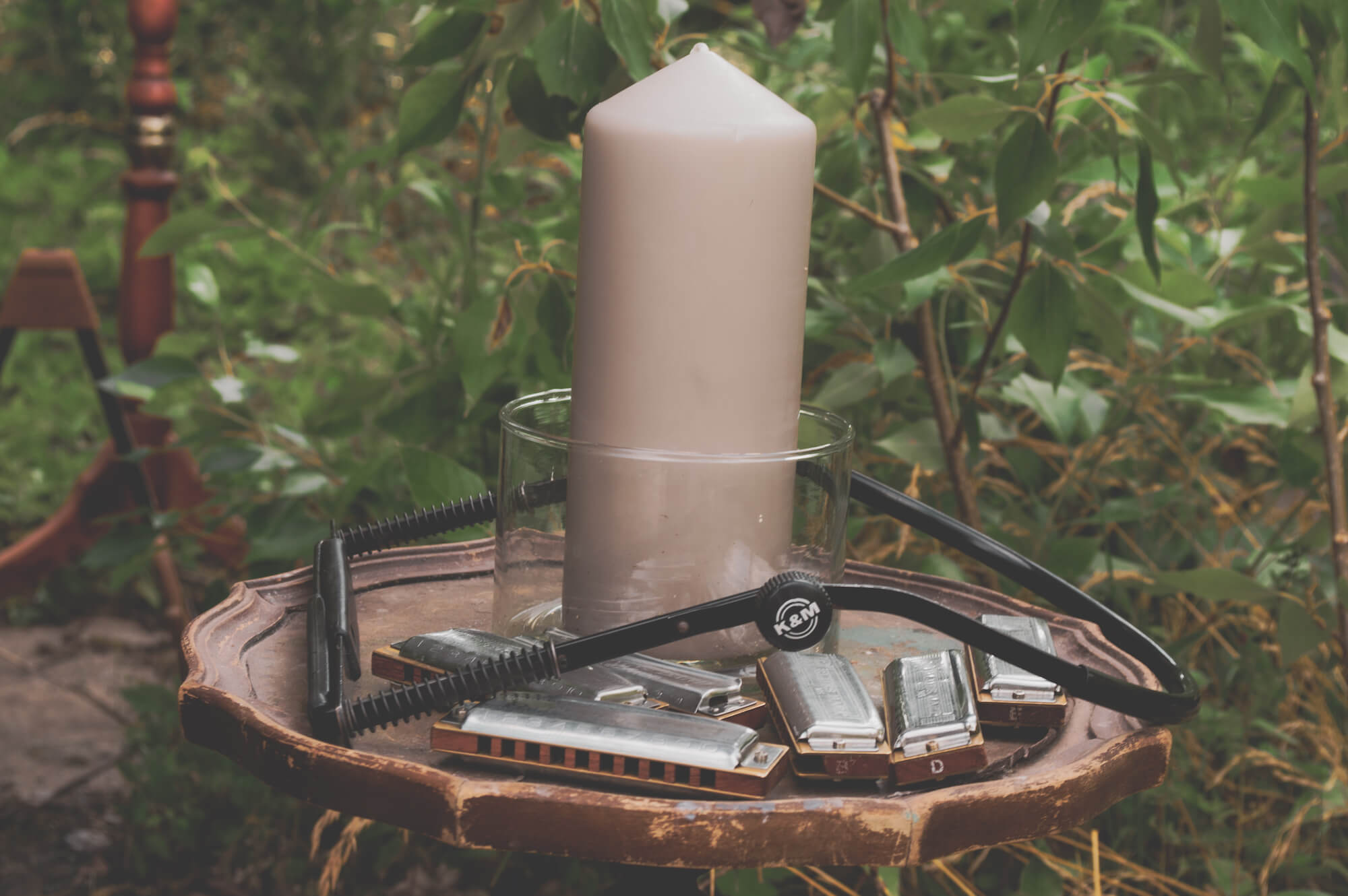 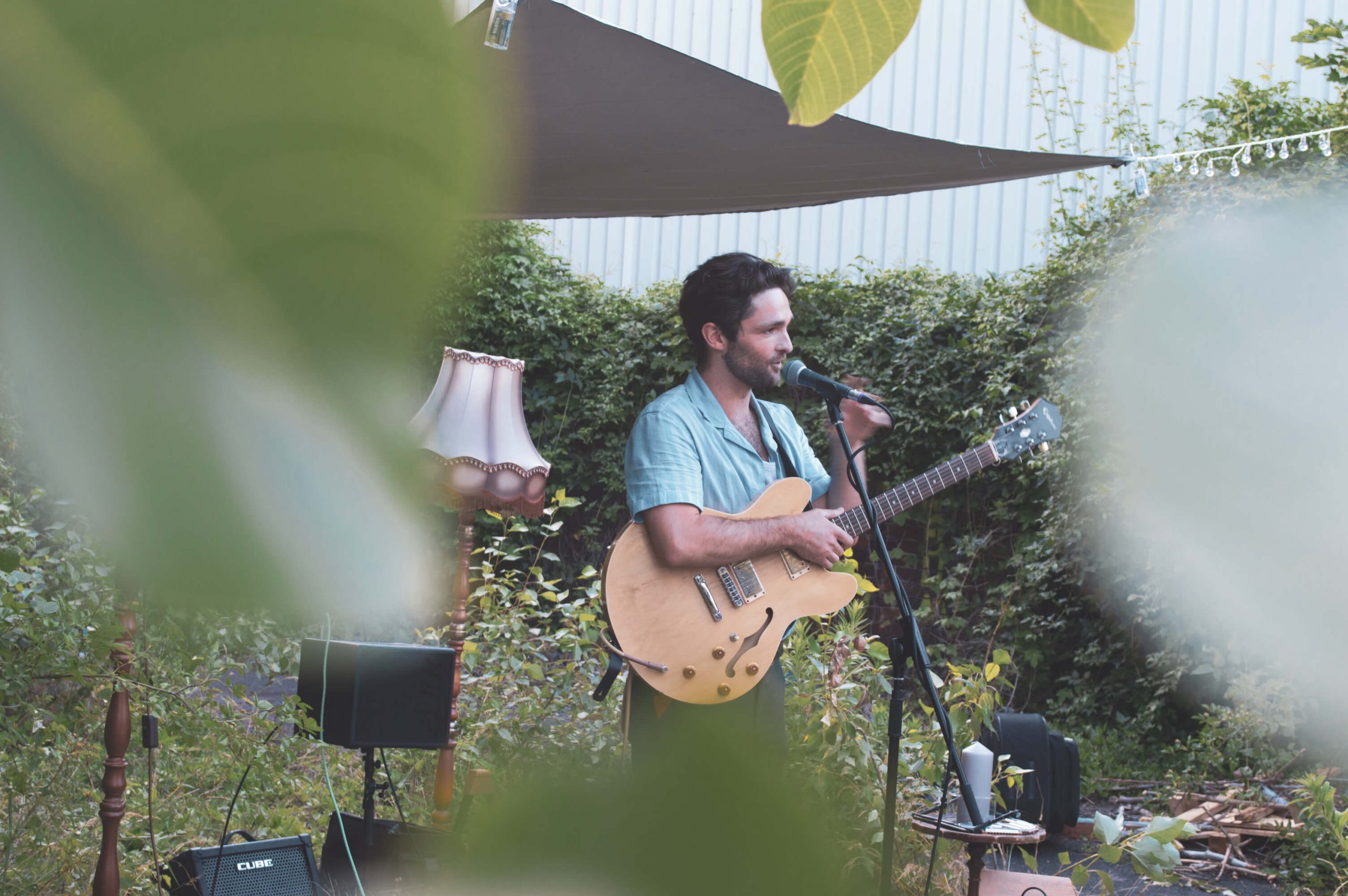 The show began with a short, but powerful performance by the host and bartender of the evening, Ben Wuyts. Next, Lotta St Joan stepped on stage and played beautifully mellow songs as the sun went down. Traversing between her own compositions, Lotta also performed a cover of ‘Wayfaring Stranger’ accompanied by Jessie Monk, another member of the Berlin folk scene. 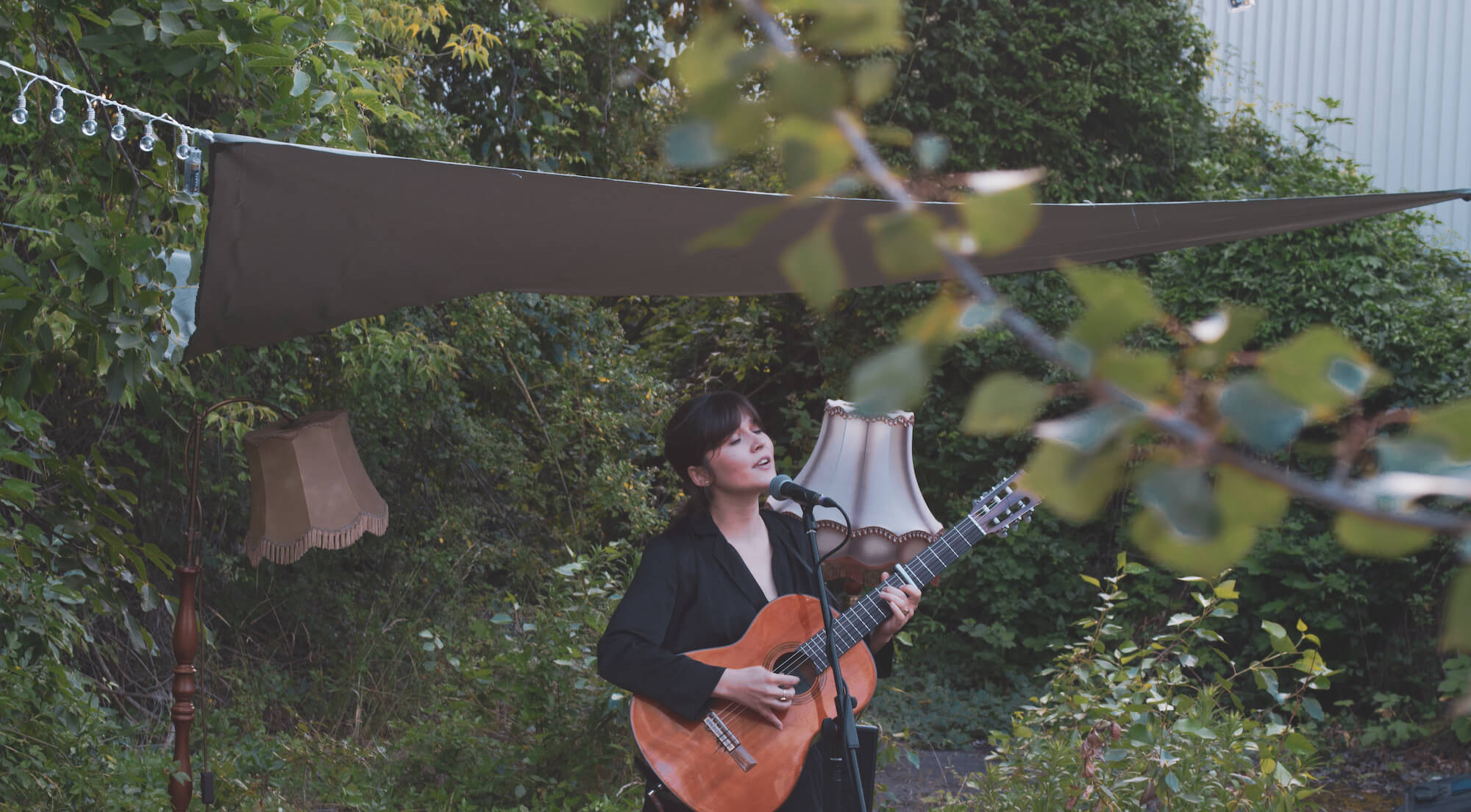 After Lotta, The Nation Mourns were up next with a selection of emotive, hypnotic material, including a cover of Tom Waits’ ‘Pony’. His hard-hitting style and atmospheric delivery had an almost entrancing quality. The final act of the night, Michael Brinkworth, brought the evening to a close with a repertoire of poignant songs. 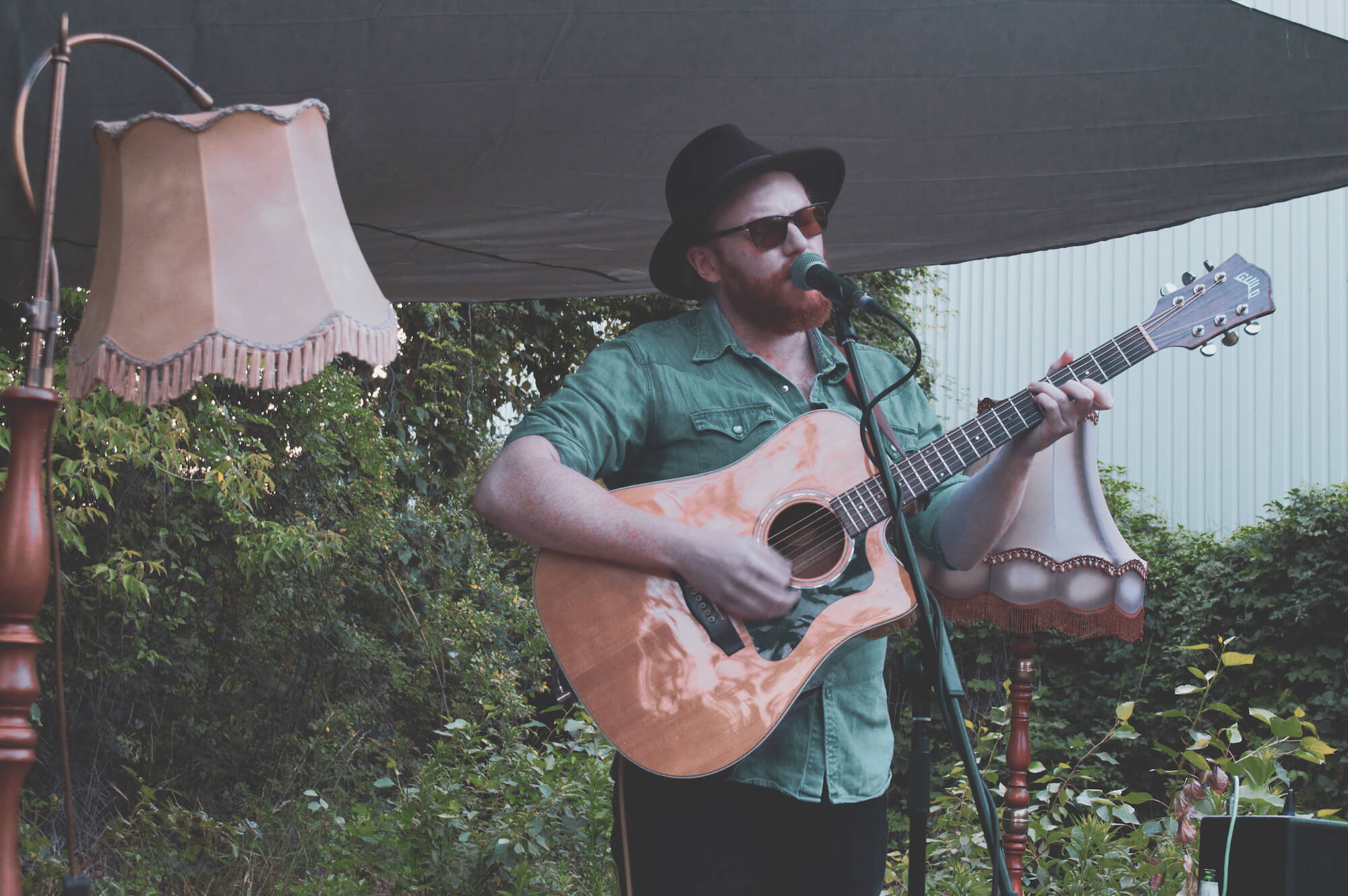 Michael is a well-known member of Berlin’s folk scene who has spent years on the road gigging and busking. He wound the session down with some of his most tranquil, yet dark material, but closed with his arguably best song, ‘Good Old Feeling’.

This edition of The Fireside Sessions was the first in a series of shows aimed at providing a space for local artists to perform live and get fair remuneration for their art. The Famous Gold Watch plans to continue this series in order to help make music sustainable for the artists and to create opportunities for more live performances from artists on their roster. Folk music in Berlin has a new home.