Closer to Some Kind of Truth 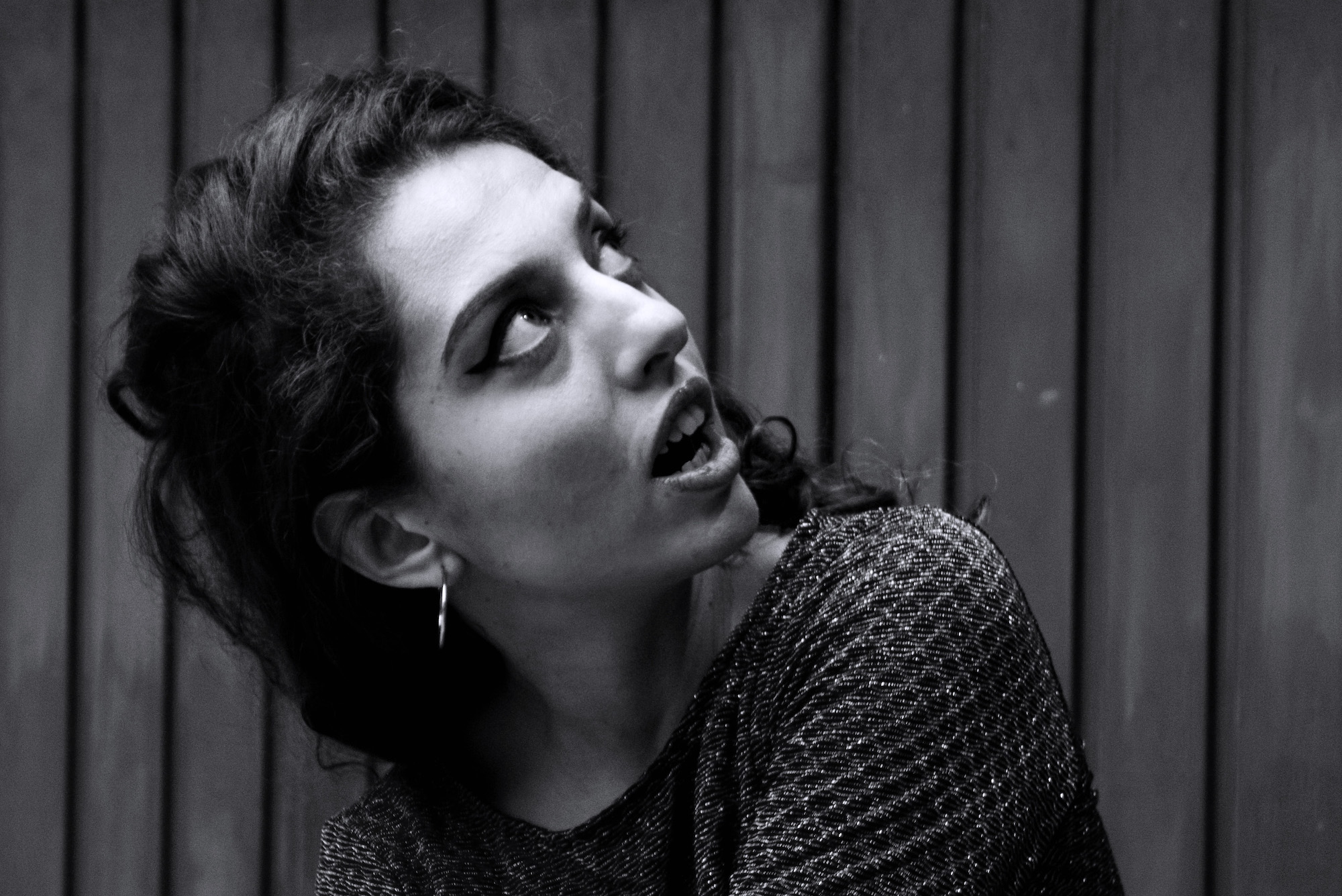 It’s been four summers since Berlin-based DENA suddenly showed up in everybody’s newsfeeds. Her breakthrough track ‘Cash, Diamond Rings, Swimming Pools’ was a catchy mix of hip hop beats and Balkan pop in a distinct Bulgarian accent. The accompanying video was set in a Neukölln flea market, and it captured the type of ironic, cheap yet irresistible glamour that is often associated with Berlin.

On a late afternoon we meet over french fries and white wine to talk about her latest EP, living in Berlin and the escapist potential of a great pop song. Denitza Todorova, aka DENA, is reflective and enthusiastic. Her new EP Trust is recently released and she is eager to talk about her musical ideas after having worked extensively on putting out the new material. 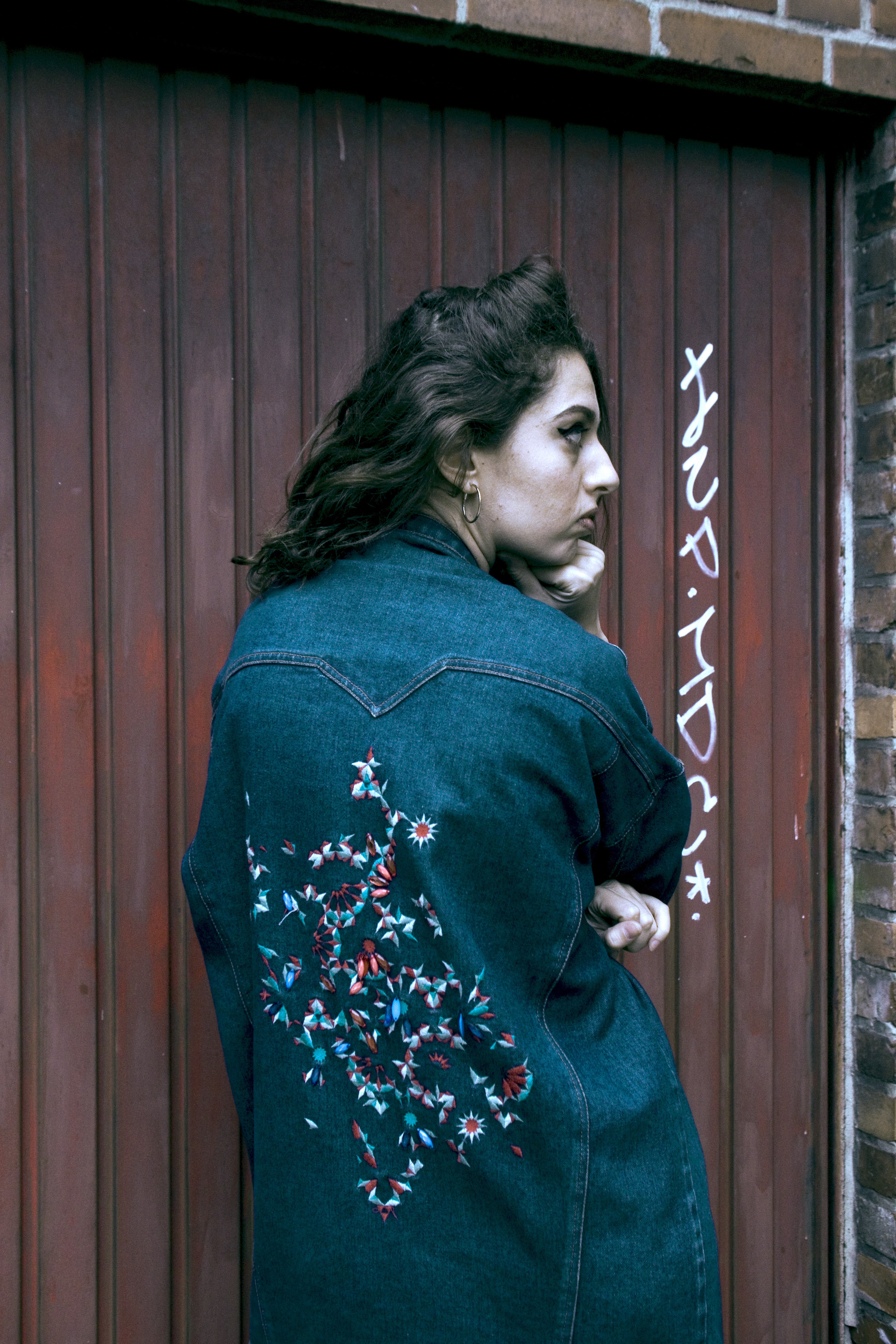 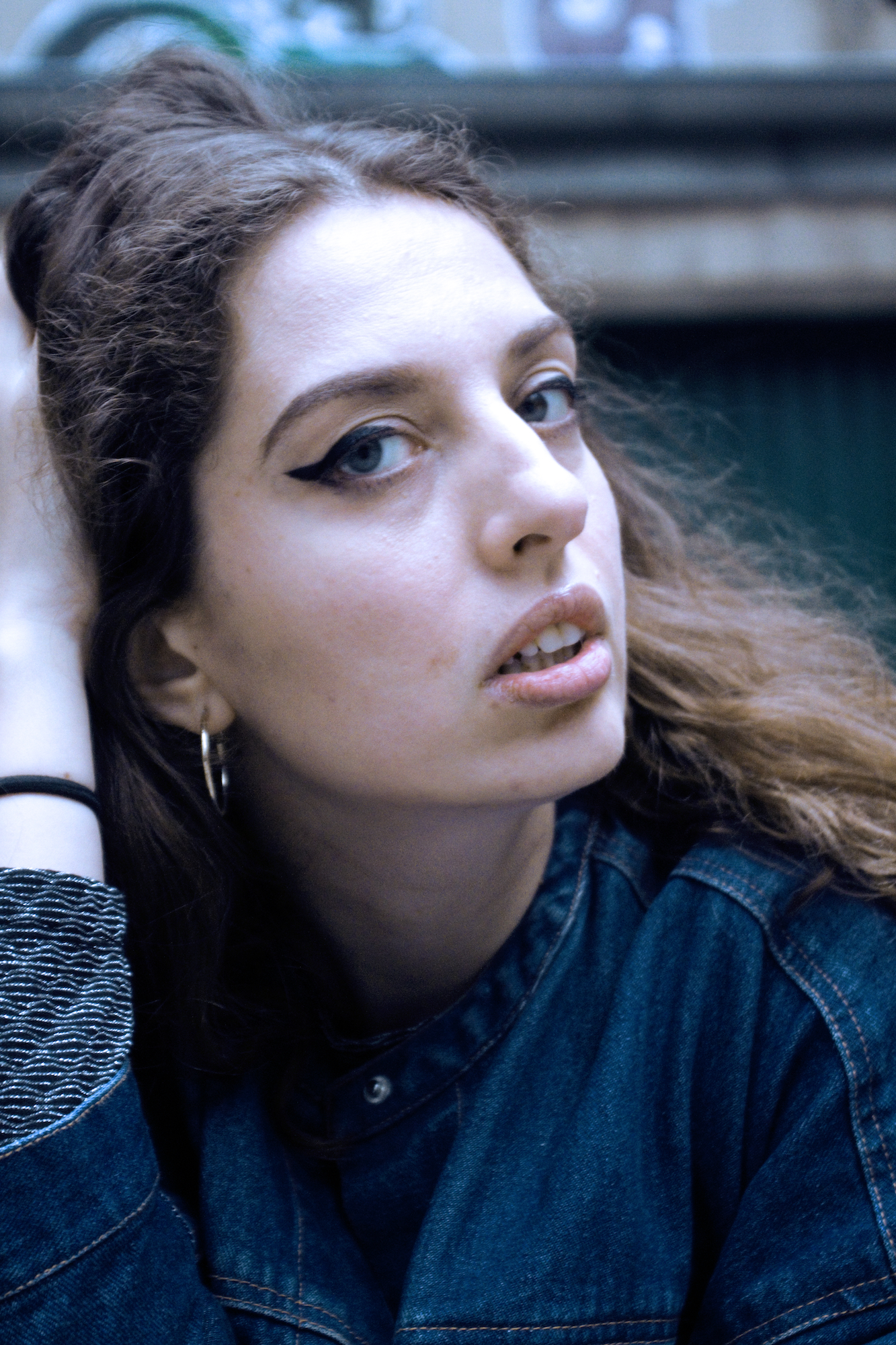 The roots of DENA’s passion for pop music – the 1990s specifically – can be traced back to her formative years in the post-socialist tri-border region of Bulgaria, Greece and Turkey where she grew up in a small town. Pirated cassettes and VHS recordings of MTV shows played a big role in her musical education, as did her living situation. Sharing a tiny flat with her parents and sister, DENA’s early interest in music had an escapist quality to it. She elaborates: “There are all these photos of me when I was little; always with headphones on, obsessively listening to Michael Jackson. Listening to music on headphones created this private space, a room for myself.” This idea of a headspace and the physical aspects of hearing music so close to the ear comes up several times as we discuss DENA’s own music and the question of when she considers a track good enough to release. “You never know beforehand how a song will resonate with others. My personal criteria goes back to that image of me excessively listening to music through headphones – I want to feel closely connected to a track.”

You never know beforehand how a song will resonate with others.

Becoming the performing artist she is today has not been easy. After leaving Bulgaria, DENA first found herself studying in western Germany for a few miserable years. Unable to pursue any artistic dreams, she felt stuck and insecure about whether leaving her home country had been the right decision: “I was suffering so much during those first years because German wasn’t my first language and I couldn’t just go out there and, you know, present myself. I was wondering whether I should have just stayed to apply for the theatre in Sofia.” Visa regulations (Bulgaria did not join the EU until 2007) made it impossible to move unless it was connected with a change of university. That chance presented itself 12 years ago and DENA gladly took it, ending up in Berlin quite by coincidence: ‘“Berlin just happened. I was like, ‘OK, the capital, that sounds alright!’ The city was surely already cool in 2004 but still far from the hype today.”

In terms of finding a means of artistic expression, the move turned out to be just what DENA had needed: “I was obsessed with music and was always writing lyrics. I just had no idea yet how to combine them with music. When I came to Berlin I immediately found myself in bands, and that link between lyrics and sound was finally there.” She started playing live, founded her own label, met producers and fellow artists, and then in 2012 ‘Cash, Diamond Rings, Swimming Pools’ happened. “I didn’t play it for ten months to anyone after I’d made it. It was more of a personal exercise and then I really was surprised that of all the songs I’d ever written, this was the one that people wanted to hear the most. That really says a lot and I’m not sure if it’s a good thing or a bad thing,” she laughs. The video was also initially a happy accident. It was supposed to be shot in Bulgaria but when the budget turned out to be too tight, she chose a Neukölln flea market instead. YouTube viewers and the local media embraced the result as a representation of what makes the city special. Looking back, DENA seems grateful, yet unsure whether this label was a fitting one. “I’m thinking a lot about Berlin these days. When ‘Cash, Diamond Rings, Swimming Pools’ came out, I was in the right spot at the right time. It was almost like people wanted Berlin to be branded. Suddenly it was easy to say ‘this is Berlin’. I didn’t really understand it back then. Today I’m asking myself all the time: what is Berlin?”

I really was surprised that of all songs I’d ever written, this was the one that people wanted to hear the most.

The implications of location, hype and the changing state of Berlin begs another question: does the city influence her music? Did it ever? “I would make the same music elsewhere.” DENA says, “My biggest fear is that I might make better music outside of here. I started to really concentrate on my solo project five or six years ago. It was in Berlin that I did that. Now I suddenly feel a strange form of liberty and freedom outside of here. I guess though that it’s not so much connected to the city itself than to what I am used to. If I feel a bit of stagnation it might just be enough to change my apartment, actually.” 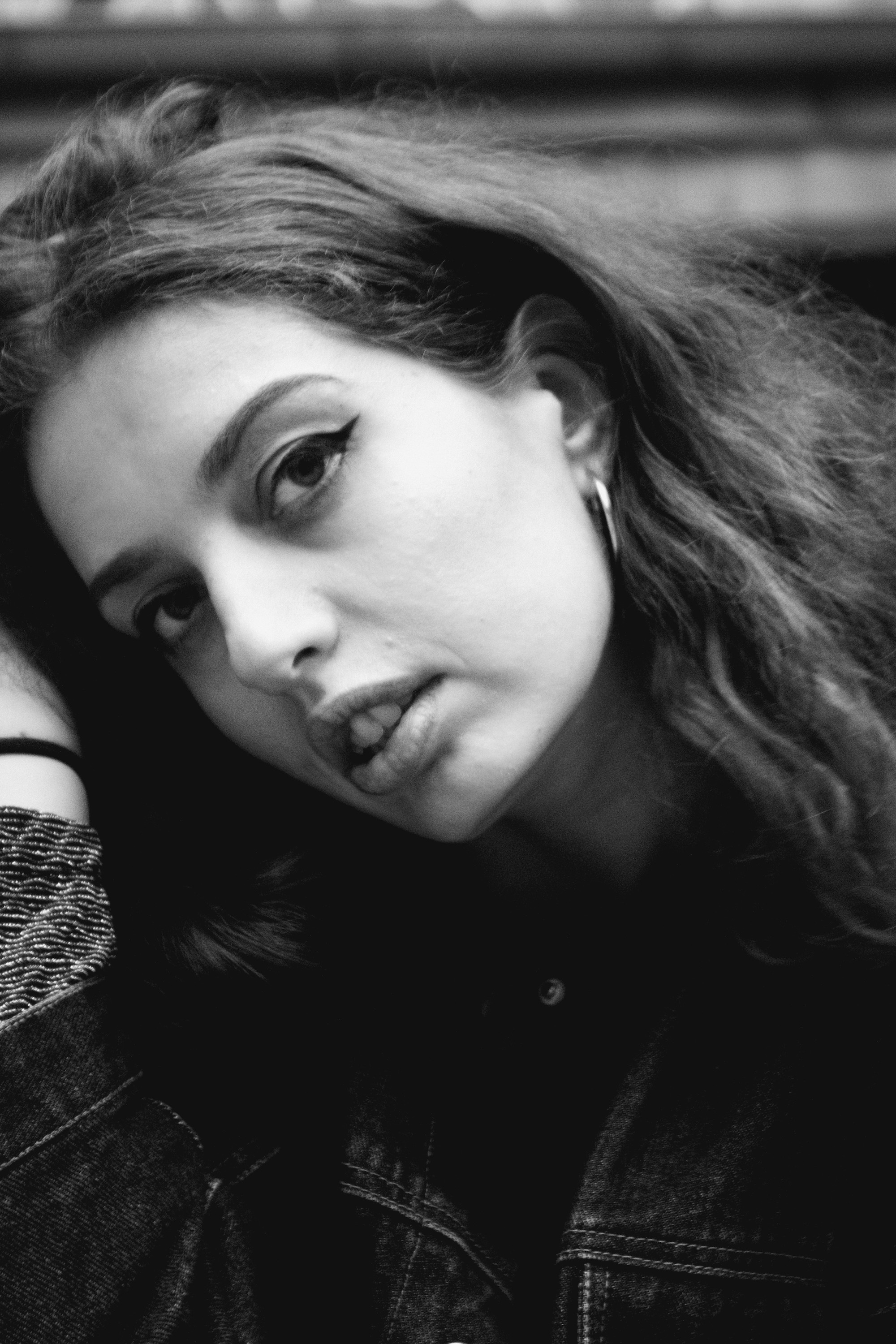 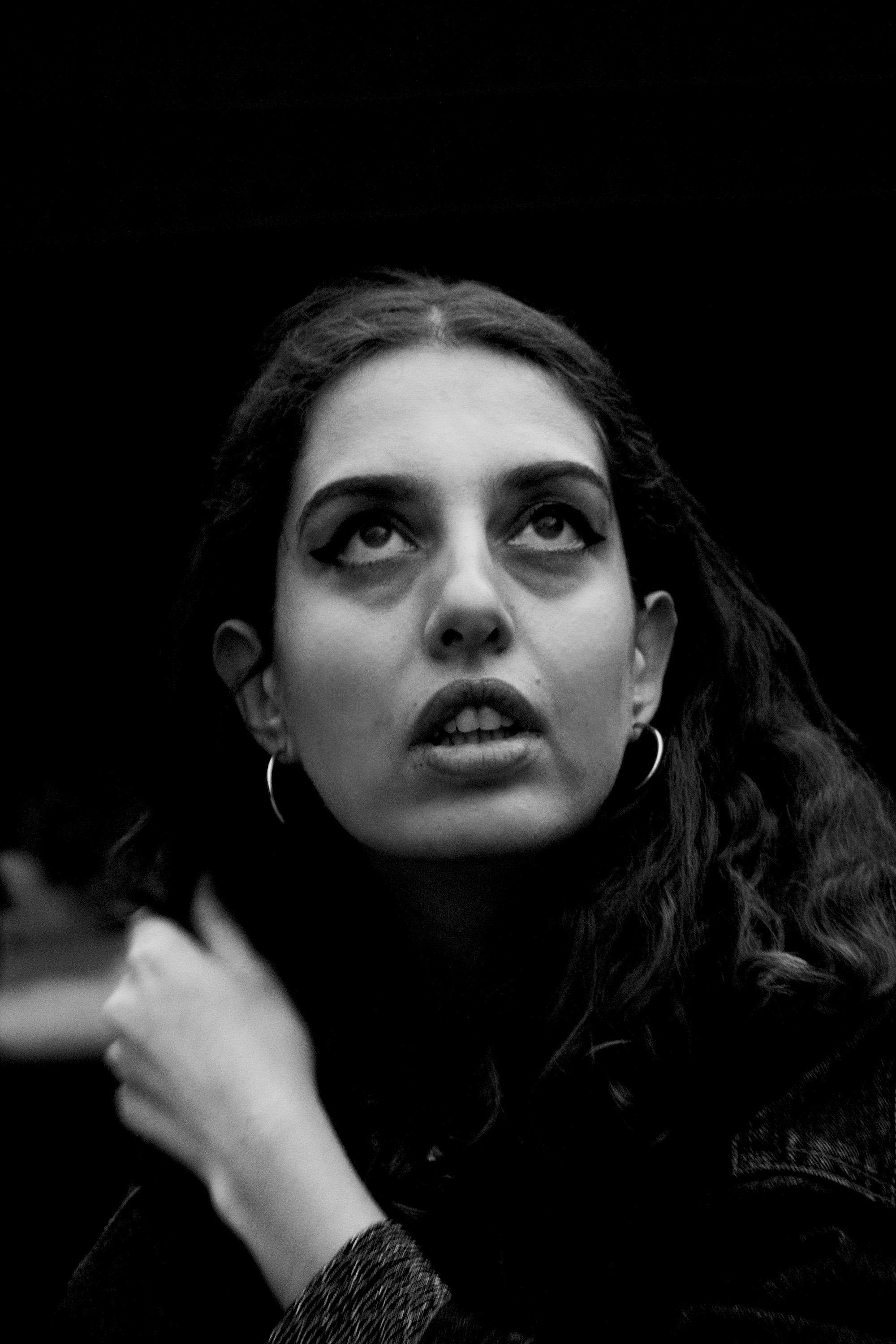 It therefore comes as no surprise that the Trust EP was written and produced, not exclusively in Berlin, but also in New York and Los Angeles. Take, for example, the first single, ‘Lights Camera Action’: “I wrote the whole song on a piano in LA at Mocky’s house. I was totally in an LA mood at the time – the lyrics reflect that, too. Then later in New York my friend played this funky guitar line over it.” The process of developing demos and songs over a period of time is audible on the new EP, which is more melodic and funky than her earlier releases and – while maintaining a hip hop-infused street smartness – also surprises with classy arrangements and instrumentation. In the studio, DENA is mindful to keep everything close to herself while crediting co-writers’ additions to her songs: “I work mainly with friends and family. It’s the best thing ever. I’m actually easy to convince that something can work for a song, like in the case of that funky guitar part or the horn section in ‘Trust’.” We talk a bit about the role of the producer and the challenges of sharing a song with others – which then brings us back to Berlin as a creative hub: “I don’t find it difficult to share my composition with a producer, otherwise I’d just be sitting in my room and do everything on my own. In this collaborative style we really create pop music that I enjoy and that is meaningful to me. Berlin is great for that type of communal work. It offers a network and community that doesn’t even always have be here. It can just be people passing through. It’s really a blessing and it took me some years to realise this.”

When asked about her current favourite musicians from Berlin, DENA is quick to name Efterklang successor Liima and Canadian singer Sean Nicolas Savage as recent inspirations. While she met the latter at a shared concert in Poland and immediately felt a connection, her friendship with Liima has also led to musical collaborations and mutual remix work. Whenever DENA begins to talk about music it becomes immediately clear that she is still as much a fan as she is an artist. Again, the liberating potential of a well-crafted song comes up. “There is something about the combination of lyrics, melodies and chords that just stays with you,” she begins. “It does not happen often but it can have a physical effect. It’s one thing to appreciate a good song and another to really be struck by it. For example when I first heard Tame Impala’s ‘New Person, Same Old Mistakes’ I couldn’t stop listening to it on repeat. I was like, this is the most genius songwriting ever, in terms of what he is saying, the structure, how it sticks with you. That’s the stuff I’m interested in.”

DENA describes her interest in further exploring her musical means with visual arts – adding stylistic tweaks, trying out new forms and material. In the case of her new EP, these experiments have led to a more personal perspective than before. As the title suggests, the four songs are lyrically concerned with interpersonal feelings and communication. Taking on different perspectives, ideas of trust and attraction are contrasted with disappointment, suspicion, and doubt. Tables get turned before the emotional confusion culminates in the aptly titled final track ‘I Like You: I Lied to You’. DENA describes the song as, “an exercise to write from the perspective of someone else for the first time. I was practicing different points of view, flipping them around.” Was she ever worried about singing rather personal lyrics? Quite the contrary: “I found it challenging to actually stop myself from writing things that were too personal. The EP is my study of not having filters in terms of honesty. I wanted to see how it feels to be super personal about things. I’m interested in writing and exploring language. With every song I write I try to get closer to some kind of truth.”

TRUST is out now on Normal Surround. Keep up with DENA’s latest tour dates and releases on her website. 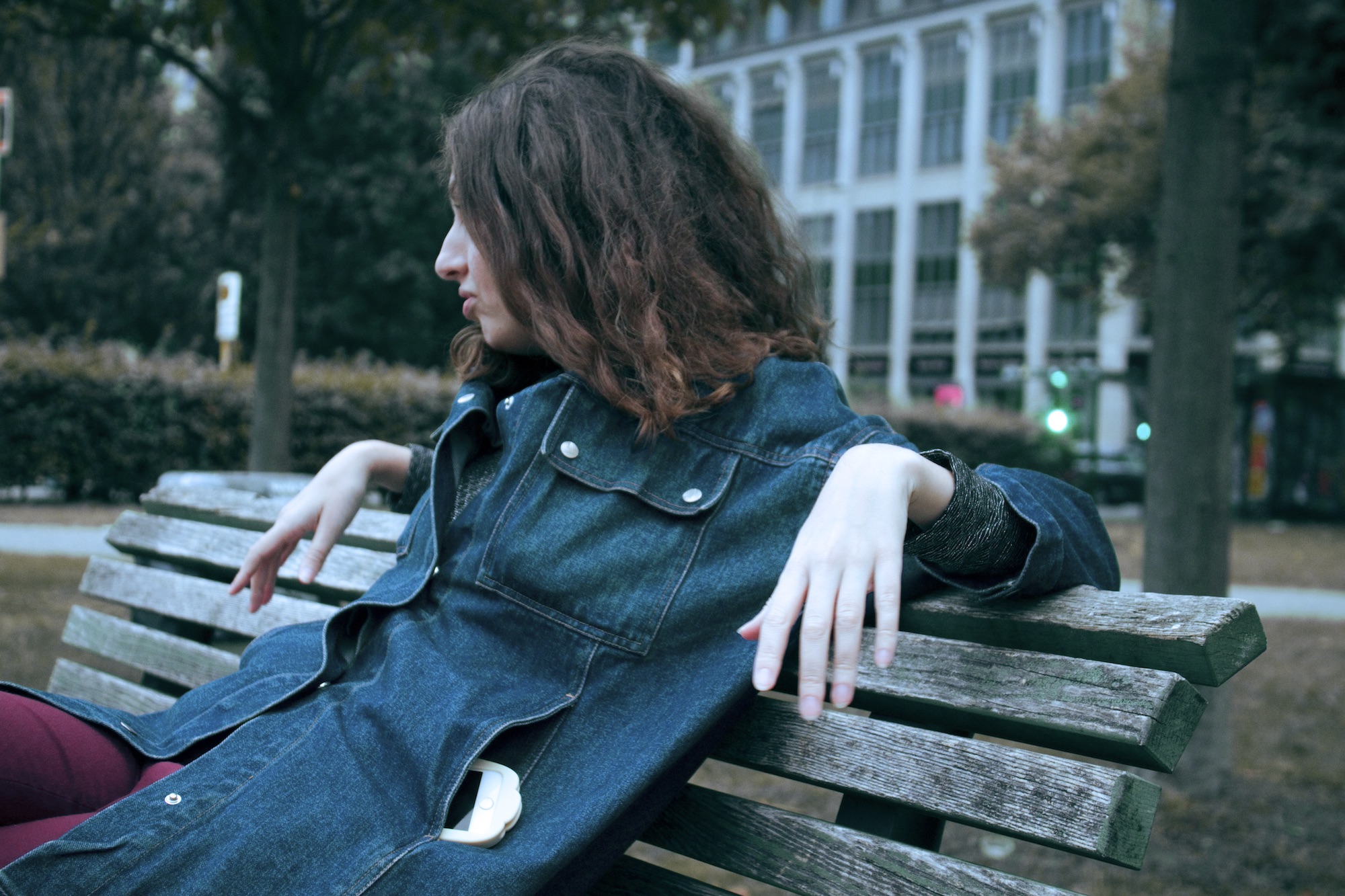