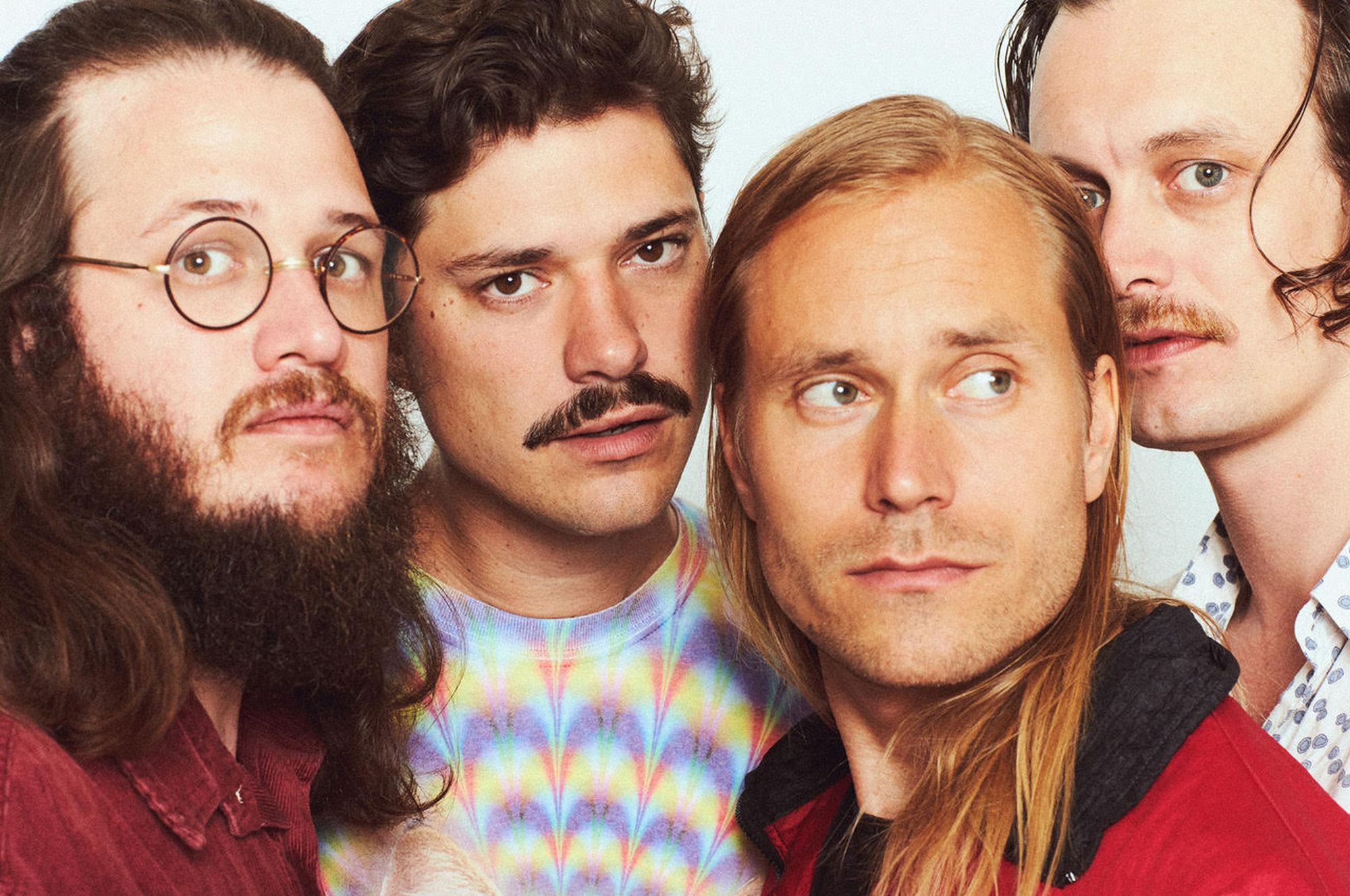 When, in 2015, Casper Clausen, Rasmus Stolberg and Mads Brauer of Efterklang started Liima with their touring drummer Tatu Rönkkö, nobody could know if the band would last. Was it a side project?

Now that the quartet is on tour with their second album we can say that it wasn’t. With their second album 1982, co-produced by Chris Taylor of Grizzly Bear, Liima were able to go into another direction and evolve their sound. Synth-pop and dilated rhythms create an interesting dynamic and make up the backbone of these eight new songs written in four different countries.

We had a chat with bassist and multi-instrumentalist Rasmus ahead of their show at Festsaal Kreuzberg in Berlin on January 17th. Talking about the album title, he says: “We were all born between 1980 and 1984, so that year, 1982, sort of represents all four of us”. 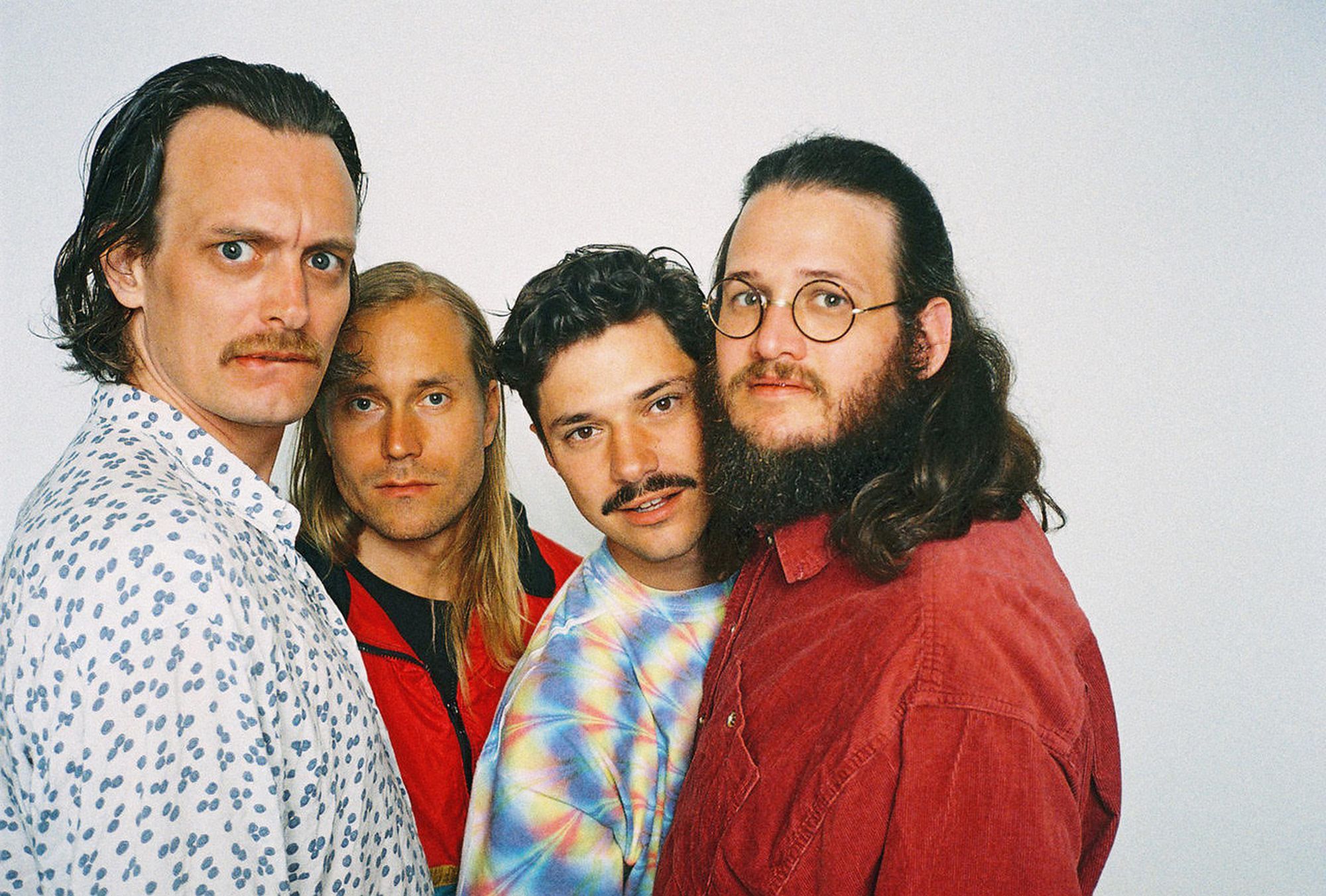 What do you mean? We come from that time and we have to go back there to understand what we are now. 1982 is very much about looking forward and realizing that you can do that only looking through the spirit of the time you have got through. A lot of the lyrics are about these themes: where are you going?; where have you been? Big questions!

We are voluntarily sharing so much of our private lives with these super big technology companies and our governments: it seems like 1984, we just haven't realized it yet.

So, you grew up in the Eighties as kids… Yes, but three of us – me, Mads and Casper – are Danish, while Tatu is from Finland. When we talk about our childhood we always find something that connects us, but usually it’s something very international. Very big movies, mainstream productions from Hollywood like Rambo or Terminator. Then there’s the music, but I can’t remember anything about music in that period and I think it’s the same for the other guys: in terms of music what is important for us is having been teenagers in the Nineties.

Could you explain? The nineties were the grunge movement, Jeff Buckley, Radiohead and their transformation: all those things affected us. That was a great period, a very special decade that ended with 9/11. You know, the Cold War was over, lot of countries were making money, the quality of life was going up, people were looking at life positively. Me and my friends too! But after the terrorist attack to the Twin Towers everything changed and now even my country – Denmark, that I think is quite safe – is full of fear. Fear of a danger that you cannot see, fear that there’s somebody who’s gonna steal things from you. It’s sad, but I believe it’s something we all have inside of us. 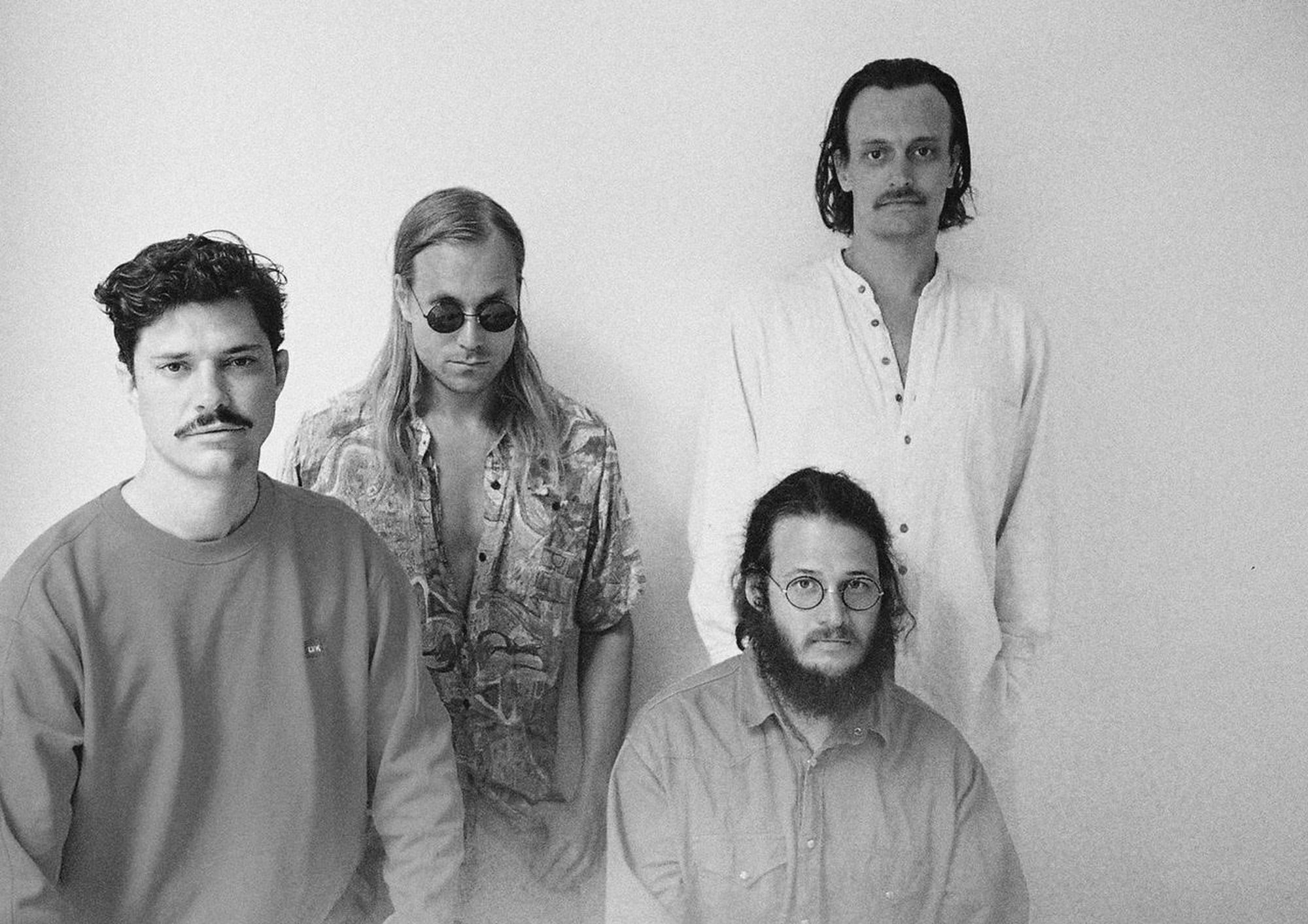 Could you imagine a phenomenon like Nirvana in 2018? No, and the nineties are interesting also for this reason: in that period, all of a sudden, all the subcultures – alternative rock, hip hop… -, they became mainstream. There were subcultures, there were bands like Nirvana that just became bigger and bigger. That was a great era. I grew up in the countryside, I remember ordering compact discs, waiting several months for them to show up and the surprise I felt when I could listen to them. Now everything is available instantly, I have really no idea of what this can do to a teenager, but I’m personally happy to have seen something else: young people today, they don’t know how it was without Internet, and I think it’s better to know, it helps you to understand what it’s happening in the present. This is something connected to the album title, too: one of the reasons why I like it is because it kind of reminds me about George Orwell’s novel, 1984.

Do you think we’re living in a dystopian society? We are voluntarily sharing so much of our private lives with these super big technology companies and our governments: it seems like 1984, we just haven’t realized it yet. So far it seems to be ok, but I’m wondering what we’ll do in the future, this whole thing could spin out of control. I mean, in this moment I could take my phone and see where my wife is right now, in Denmark: I can get the exact location! It’s kind of wrong.

You worked on 1982 in London, Copenhagen, Portugal and Berlin during some art residencies. And you did the same, in other cities, for your first record. How did that work? It depends. The residency in London was organized by a hotel, they had this club in the basement, it was empty, so they wanted us to do something in there. The ones in Copenhagen and Portugal were organized by local festivals. The residency in Berlin was organized by us together with Michelberger Hotel. It works great, because we live in three different cities – Casper in Lisbon, Tatu in Helsinki, me and Mads in Copenhagen -, so we don’t have a rehearsal space, we don’t meet every day or several days a week to practice together. With residencies, we are all in a special place together, we share an experience, we are all away from home, we have full concentration. And – this is the most important thing – we know that at the end of every residency there is a concert and we have to play some new songs there, because we promised that. So we have this big light that is engaging, motivating, constructive.

Is that difficult? Let’s say that in this way, as a group, you take very fast decisions. Usually the best idea is the one that we go with. If I’m feeling that something in a song should be different, but I can feel that the others are really into that direction, I just have to follow them, otherwise it would be a waste of time. It’s not always that easy, but that’s the idea: for us it’s a way to write fast, find the best ideas and get into the big core of our music. You know, writing songs is not that difficult, but for Liima the goal is to write songs that work for us and other people, that move us and the audience. 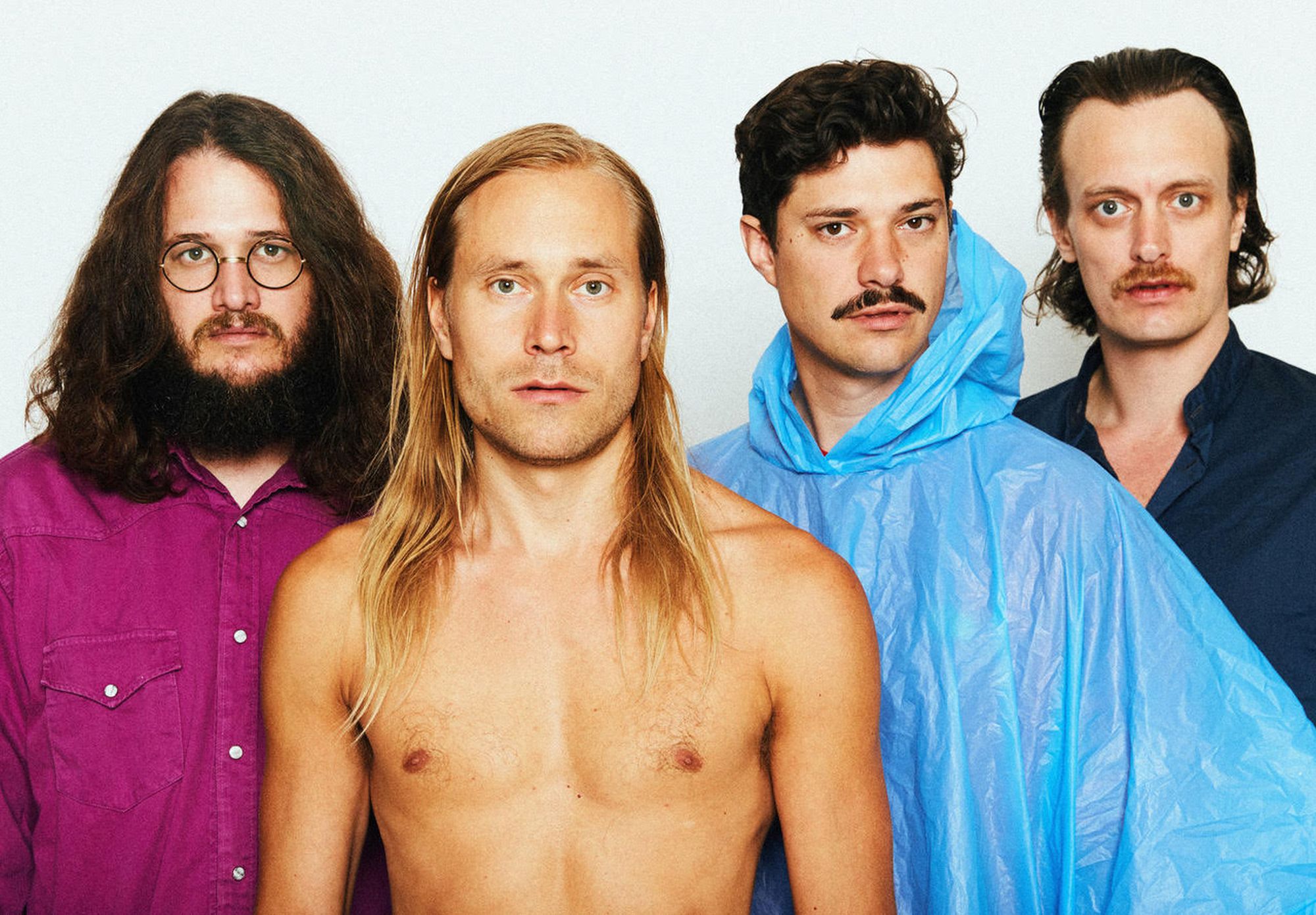 The album was co-produced by Chris Taylor of Grizzly Bear and it’s quite different from your previous one: what do you think he brought to your sound? That’s true, the two albums are actually different. The first one was a collection of songs, a document of a period of time, while 1982 is an album. And this is partly thanks to Chris: sometimes he told us he didn’t like one song and he asked us why we liked it, so we had to prove that the song was right or that it only needed some changes. But it also happened that we told him “you’re right, let’s forget it”. He somehow pushed us into looking at the songs and see what could be improve. Because, you know, when you write a song you’re proud of that little piece you made, and maybe you also enjoy playing it, but it doesn’t mean that’s a good song. So it’s good to have someone who has that helicopter overview and has the right questions and the right suggestions. Sometimes Chris told me that I could do something different with the bass, and I could be frustrated, but he always had the right way to tell that, he never hurt my feelings, he’s a sweet guy.

You seem to enjoy touring a lot. Yeah, we had almost a thousand concerts, maybe even more than a thousand! It’s true, we love touring. In the beginning everything was magic and adventurous, now it’s more like a lifestyle, it is our life. It’s like being in an expedition together, it’s about communication on a very high level, you are reaching a lot of people every night in a new city: we love that. And to be honest, to me touring is not about drugs, partying and going crazy. I drink too much, that’s for sure, but I try to keep my focus and get some sleep when I can, because if you don’t do that you get depressed, you start asking questions like ‘why am I doing this?’, ‘why am I away from my family and friends?’.

Does traveling a lot help you to see the world in a different way? I don’t think musicians could ever want more borders, for example… I totally agree. With this tour we are going to 30 different cities in many different countries in Europe, but I’ve also been to Asia, Australia, South America, North America. What you realize is that people are not that different: we are very much alike, we share the same joy, the same values. Basically people want to feel love, they want to feel compassion, they want to feel safe, and the vast majority os us are peaceful and just like to have a good time. Of course we have different ideas of what it means to have a good time, but I can say for sure that in every city I met people I feel connected with. And that’s a strong feeling, the feeling of connection across borders. In Berlin, that is a very international city somehow, you can feel that too.

See Liima play on January 17th at Festaal Kreuzberg and follow them on Facebook for more info. 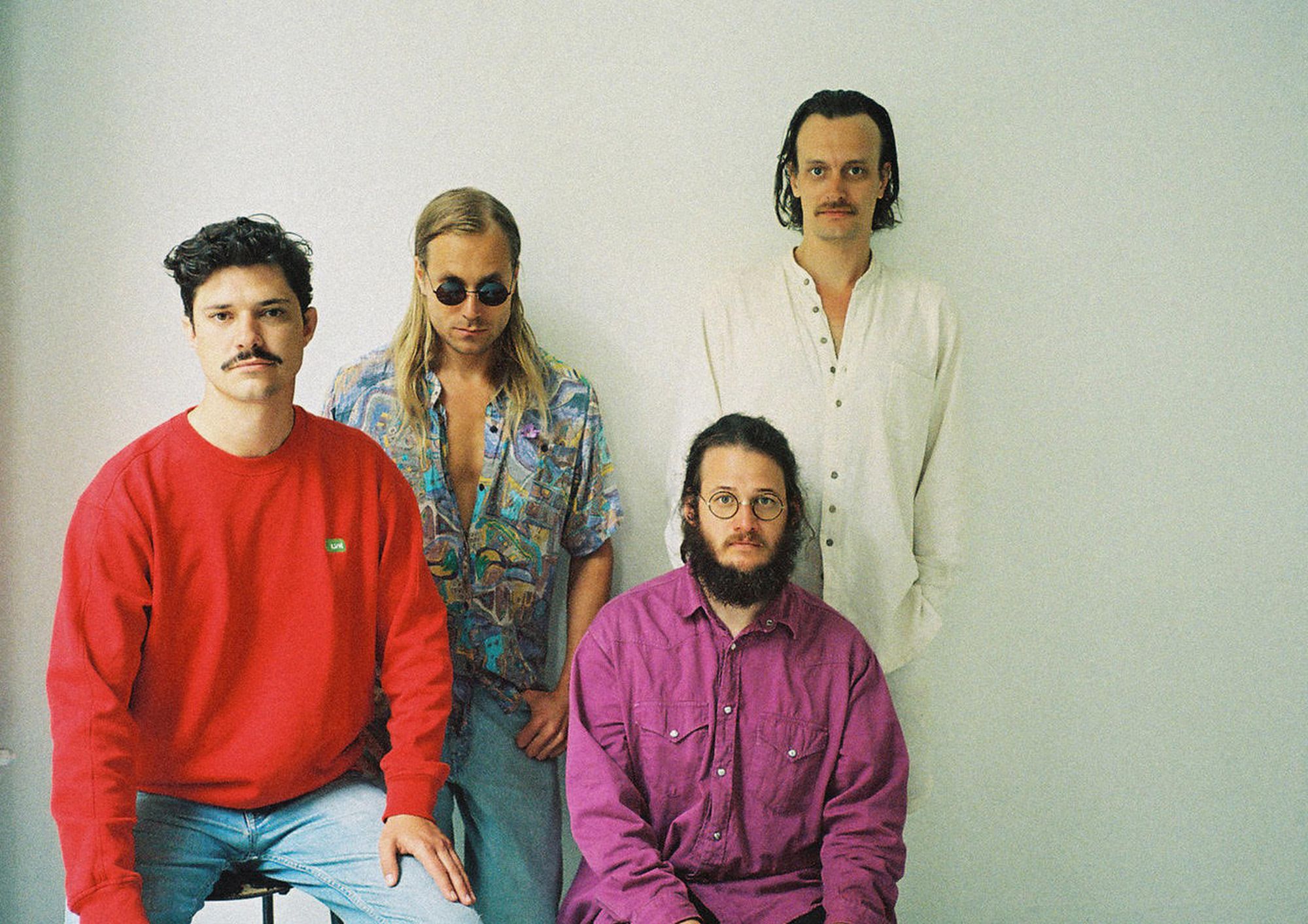