Coming to Town: The Black Angels

Frontman Alex Maas talks Trump, psychedelics, and the confusion of our times 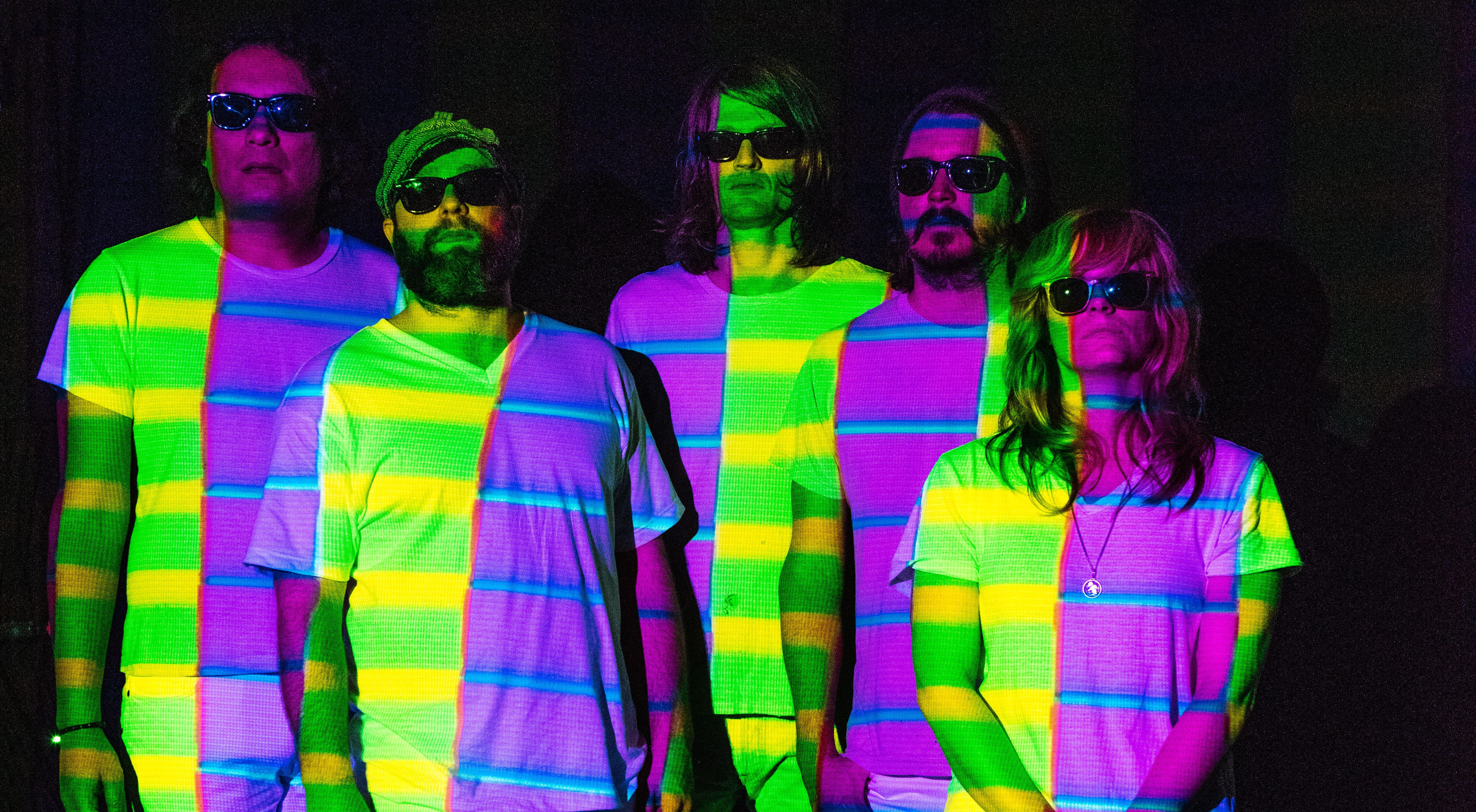 “Print and print the money that you spend, spend and spend the money that you print”. Listening to ‘Currency’, one of the eleven tracks included in Death Song, the last record by The Black Angels, you might experience a sort of claustrophobic feeling.

With their fifth full-length, the Texas band — live in Huxleys Neue Welt on October 1st — combines a powerful mix of psych-garage, metal and drones with intense lyrics and a lucid criticism of a political and economical system that seems to be collapsing. “I will not kill for her again,” frontman Alex Maas sings, and you can imagine that “her” is not a woman, but the United States of America. “In that song we intentionally left the meaning open for you to decide,” he explains. “It could refers to an idea, a religion, a country.” We chat with Alex to find out more about The Black Angels.

We thought of the United States, because Death Song is a political album about the confusion of our times and the way that human relationships are affected. I’m glad you picked up on that, because it is a recurring theme throughout the record. Who are your leaders and would they die for you as we are asked to die for them? Our nation’s leader would cower in the bathroom eating Snickers bars, tweeting from the toilet and confusing his own shit with the candy he puts in his mouth.

That’s quite an image. Our nation is pimped out and treated like a prostitute who has no way out, our rights are being taken away daily, women are losing control of what they choose to do with their own bodies. Not to mention all the other racial and gender injustices. It’s time for the world to wake up before something very, very catastrophic happens. 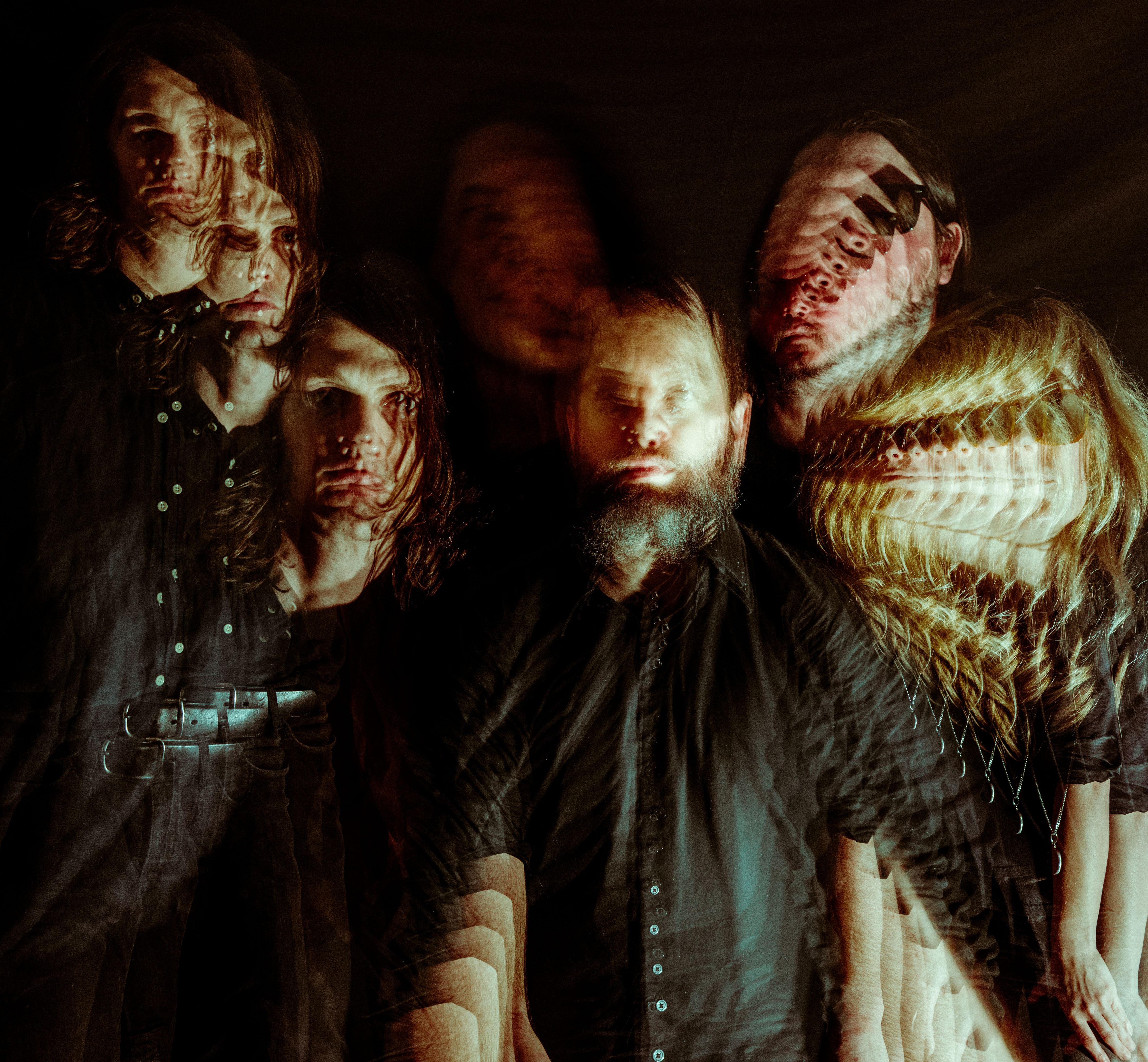 Our nation is pimped out and treated like a prostitute

So, was Donald Trump’s new political career a source of inspiration for this record? Yes, we are humiliated.

Death Song has been described as apocalyptic. Was that intentional? We have always had a fear of the unknown and the idea that we are on the brink of World War III, that will take us back to the stone age. Has the Cold War ever really ended? Who can we trust? How much longer can we survive on a polluted crash course? I believe all our albums have an apocalyptic undertone or overtone. Fear drives us to create and discuss these issues, and it forces us to find hope on this planet.

As you say in ‘Currency’, is the power we give to money the cause of everything, or not? There are many meanings in that song, we like to write in double and triple speak. But this one focused on the question of ‘why’. Why do we work so hard for material things? Why is the US and the global monetary system so ambiguous and flawed? Why do governments hold debt over our heads as if we are slaves to their wild and unchecked spending habits? Why does everyone fall victim to the money race? Currency is necessary for the progression of civilisation, I think, but it’s evil and used as leverage against us all from federal governments and treasuries. Then they tax us on our hard work and take from you when you die.

And now we have fake news, to speak about another of your new songs, ‘Half Believing’. That song is more about fake people, it touches on losing faith in humanity and finding it again. Almost in a romantic way, the song sees world and its future as the ‘lover’ who you can’t trust, because you can believe only half of what you see and nothing you hear. At its core is a metaphoric love song about lack of faith, trust, lies, and where to stand if you are able to stand at all. It is meant to encourage people to believe in something, anything.

What, for example? Ideally something that is going to do greater good than harm. Sometimes I feel like no matter how hard I wish the world would become a better place, I get disappointed again and again just by reading the news. On top of constant disappointment, how can we expect anyone to believe in anything, if they feel so disconnected to the powers above them and if they feel they have no voice? I keep my expectations low and my hopes high.

Right. And why did you decide to title the album Death Song, completing, in this way, the title of the Velvet Underground’s ‘The Black Angel’s Death Song’, that you give a nod to with your band name? In Native American cultures people were encouraged to write chants in times of turmoil, despair and even in death. Those songs helped them cope with the harsh realities they had to face. These are our ‘death songs’, that we are singing in the face of terror and toxicity that has infected us all. These songs are how we cope with the cancer that is looming over us. And yes, it’s an obvious homage to the Velvet Underground, on the other side of the coin. 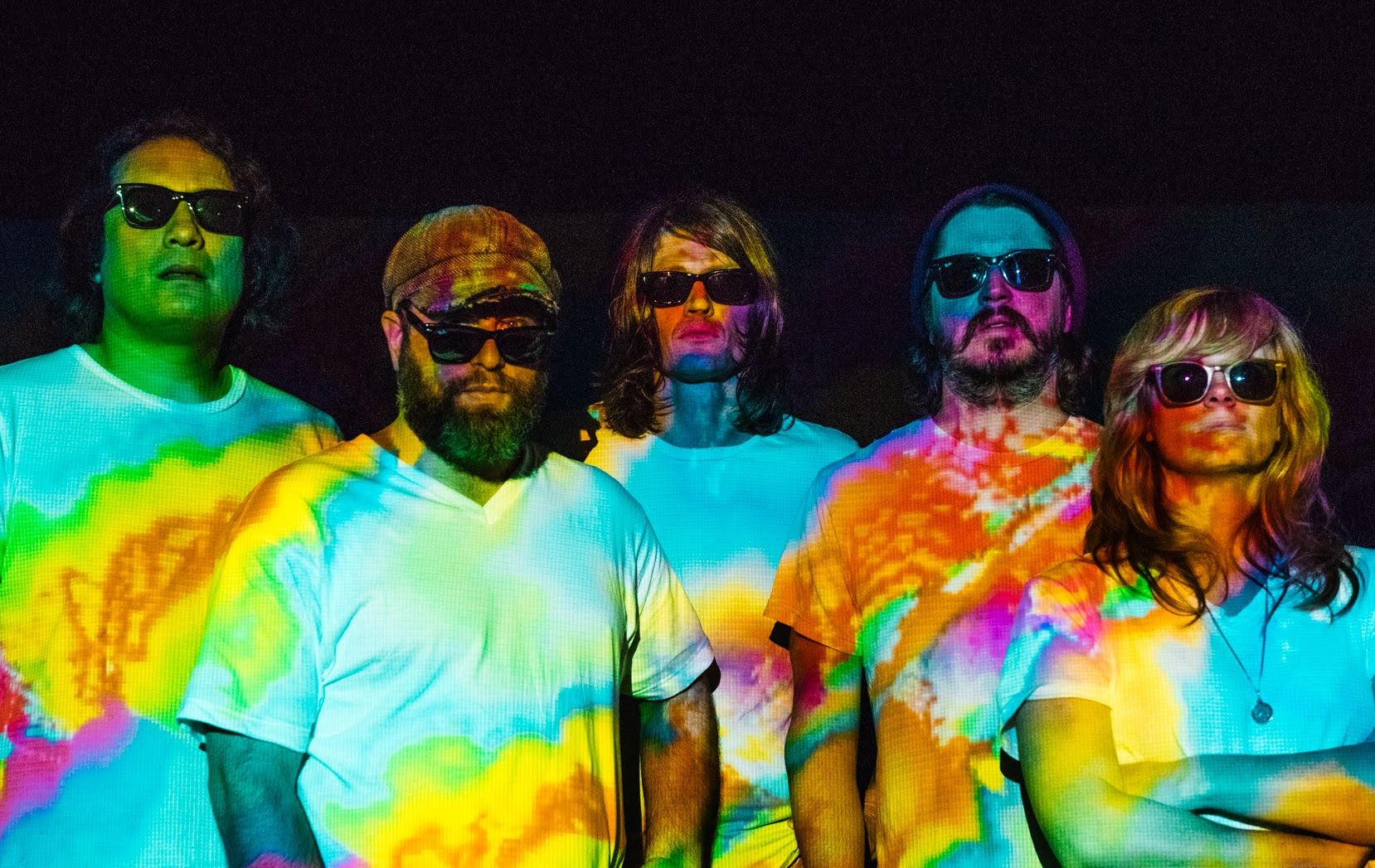 Tell us about your involvement with Austin Psych Fest, now called Levitation Festival. We read that it should come back in 2018, but what have you learned about the music business through organising this festival? It’s extremely difficult and risky. A festival can have nine amazing years and if you have one bad year and no financial backing you can sink. It has given me great appreciation for those who are in the festival business and the music business in general. We will continue to create a platform and stage for our favourite bands, it has always been about bringing our favourite artists together to throw a party.

Many people think psychedelic music is connected with drugs. How would you describe the spirit of psychedelic rock, instead? ‘Psyche’ is the spirit, and ‘delic’ the movement of. Psychedelic music is nothing more than that, your spirit being moved by sound or vice versa. It’s a state of mind. It’s also nothing at all. And drugs are absolutely not important in the equation of making or listening to it. I would make the argument that psychedelia has been around since the dawn of man and woman.

What do you mean? I can see Neanderthals sitting around a fire nestled in a small cave on a mountain side. The flame is glowing and dancing on the wall, people gather feast, the ritualistic chanting begins. Archaic percussive instruments shake while a small group sings to the tribe. Echo and reverb soaked singing bounce from the inside of the cave across the mountain side. The shaman and elders sing the song of many generations before them, teaching the youth and tribesmen and women how to survive. They sing of the poison plants, the proper place to hunt, where to get fresh water. They sing about the beautiful sun and in its magic, life is capable. Psychedelia is the oldest form of music. It’s not new, we are just carrying on the tradition of those before us. We just use different instruments.

Which is the most psychedelic experience you’ve ever had? DMT (N, N-Dimethyltryptamine). That was the most beautiful thing I have ever experienced. It’s found in nearly every living thing on earth. It’s what your pineal gland excreted when you are born and when you die. There is nothing more powerful than that experience. It’s not something to do recreationally. Listen and learn from it.

What about sushi? We read you love it. That’s true, and it can be problematic. I just try to get as much chlorella in, in order to flush out that mercury. My favourite is the Black Angels Roll at Xian Noodles in Austin. But I’m a sucker for salmon hand rolls with avocado, and simple maki salmon rolls. But when it comes to sushi I will try anything twice! Did I mention I like salmon?! 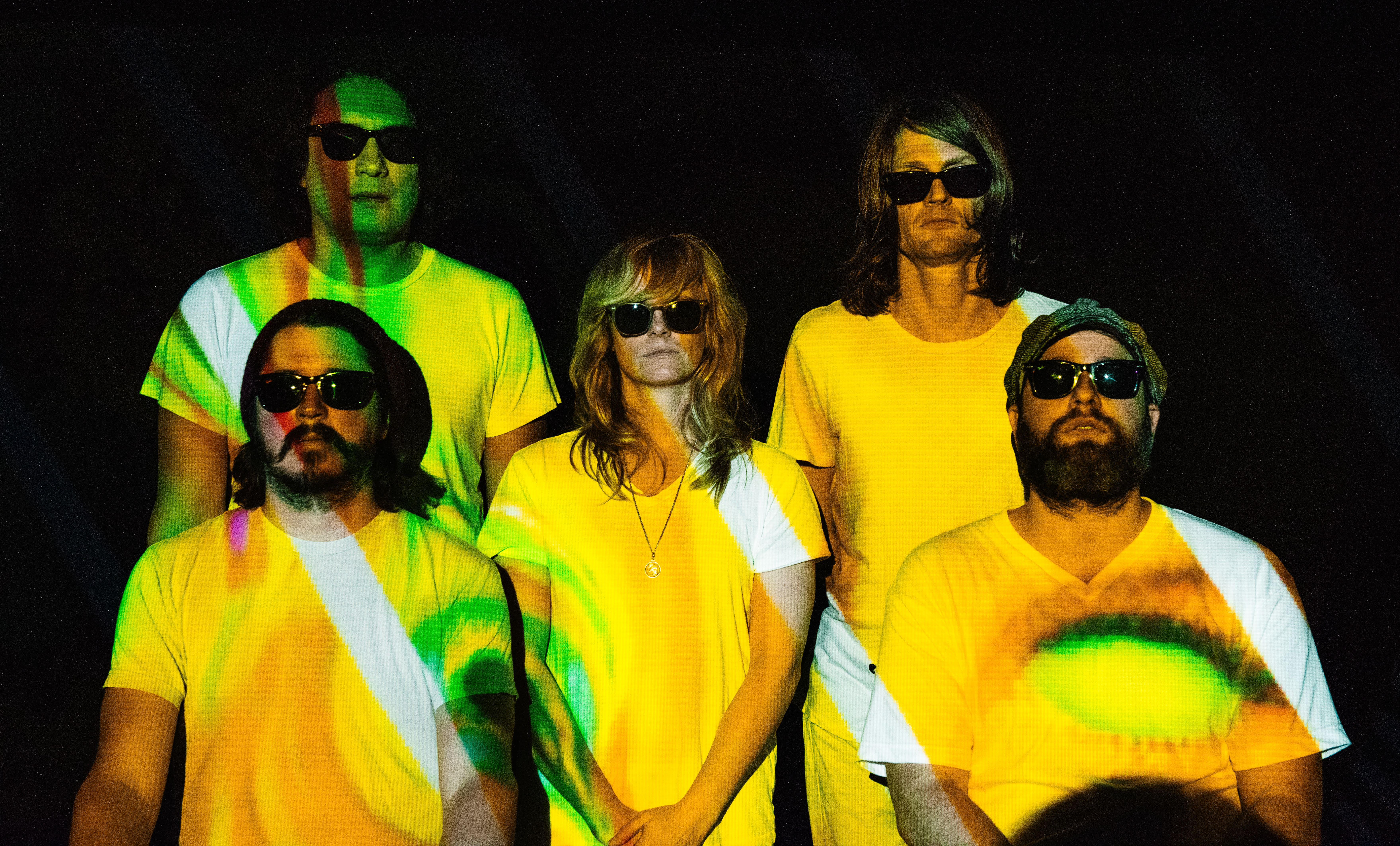