In conversation with the inimitable Irish troubadour 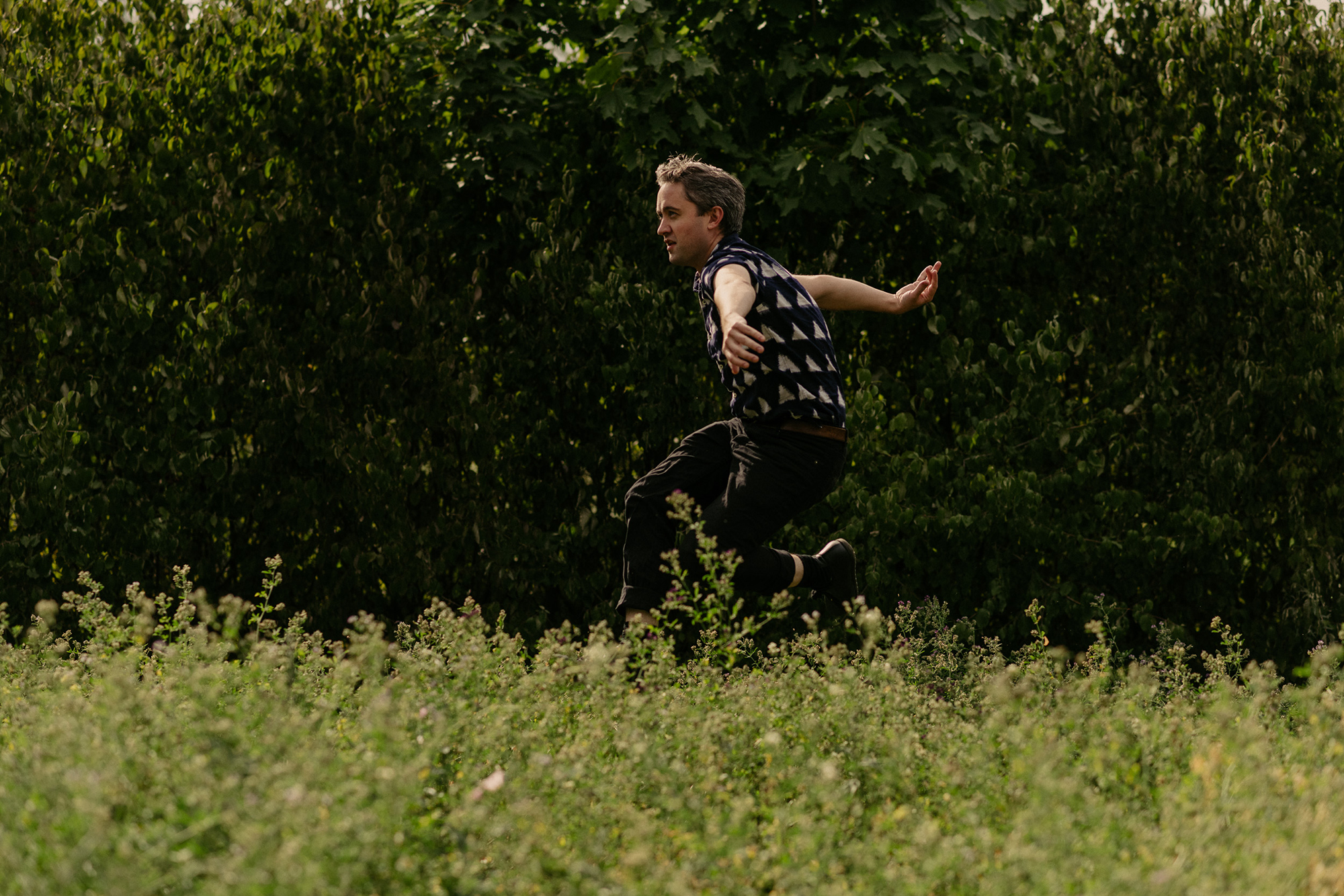 For a decade, Conor O’Brien has written highly emotive songs that pay attention to the human condition. Ahead of his European tour, Conor O’Brien of Villagers spoke to LOLA about his latest record, The Art of Pretending to Swim, how working on other people’s music changed his creative approach, and the return of Twin Peaks. 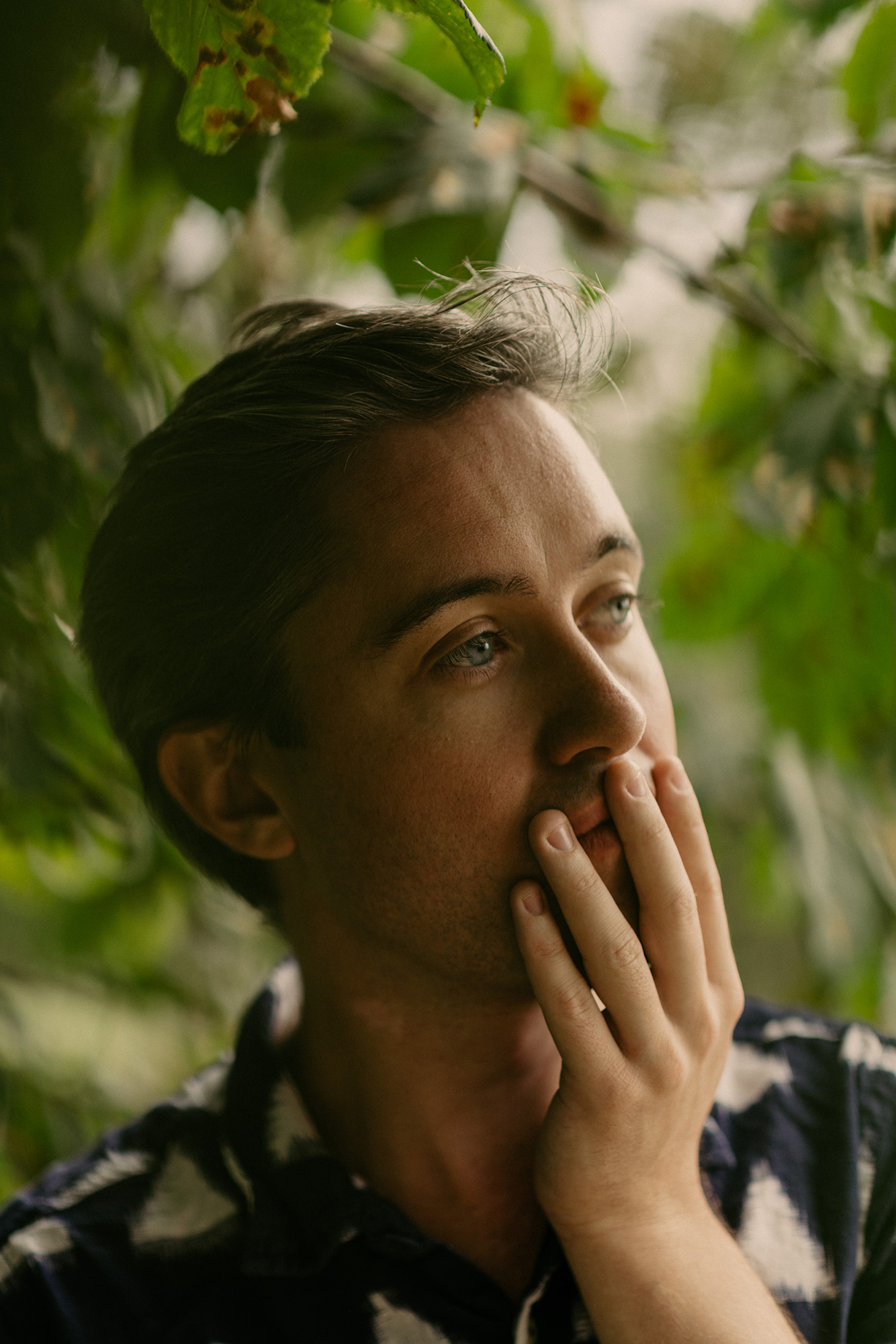 It’s been a decade since your debut EP Hollow Kind was released. Did you ever anticipate that your sound would expand, so considerably, to the more electronic textures and arrangements heard on The Art of Pretending to Swim.
When I was in The Immediate we had a song called ‘In Towers and Clouds’ which had a slinky, electronic groove. I remember saying to the guys in the band, “Oh, we could do more songs like that and be more synthy.” Then, when I started doing Villagers, I was really excited by the prospect of incorporating old organ sounds because I got this plug-in that sounded like an old organ. I envisioned a theatrical, pastoral sort of brown woodland acoustic sound; down to the hand-drawn artwork and little black and white photo. Initially, I had this vision of Villagers being a much more kind of woodsy thing, I guess. I probably wouldn’t have thought, back then, that I would have gone more electro.

What do you think the Conor from ten years ago would think of this album?
I’d probably be into it because it sounds like it was made by someone who has listened to my favourite records. I’d probably be surprised. Well, actually, maybe I wouldn’t have been that surprised.

These kinds of arrangements have always appealed to you as both a listener and a musician, then?
Yeah! When I was much younger, I constantly made weird tapes on a little Tascam four-track. I would play them for my friends and say, “Look! Here’s me playing dub reggae!” I was interested in making little demos, trying to do weird stuff set to music that I didn’t grow up with, necessarily.

I’ve always messed with musical effects and textures. I still have all the tapes but I can’t play them because they have to be played on this one particular machine. Over the years, I’ve gotten three of those machines from various means and they’ve all been broken. I can’t seem to find the right one to listen to all these tapes. 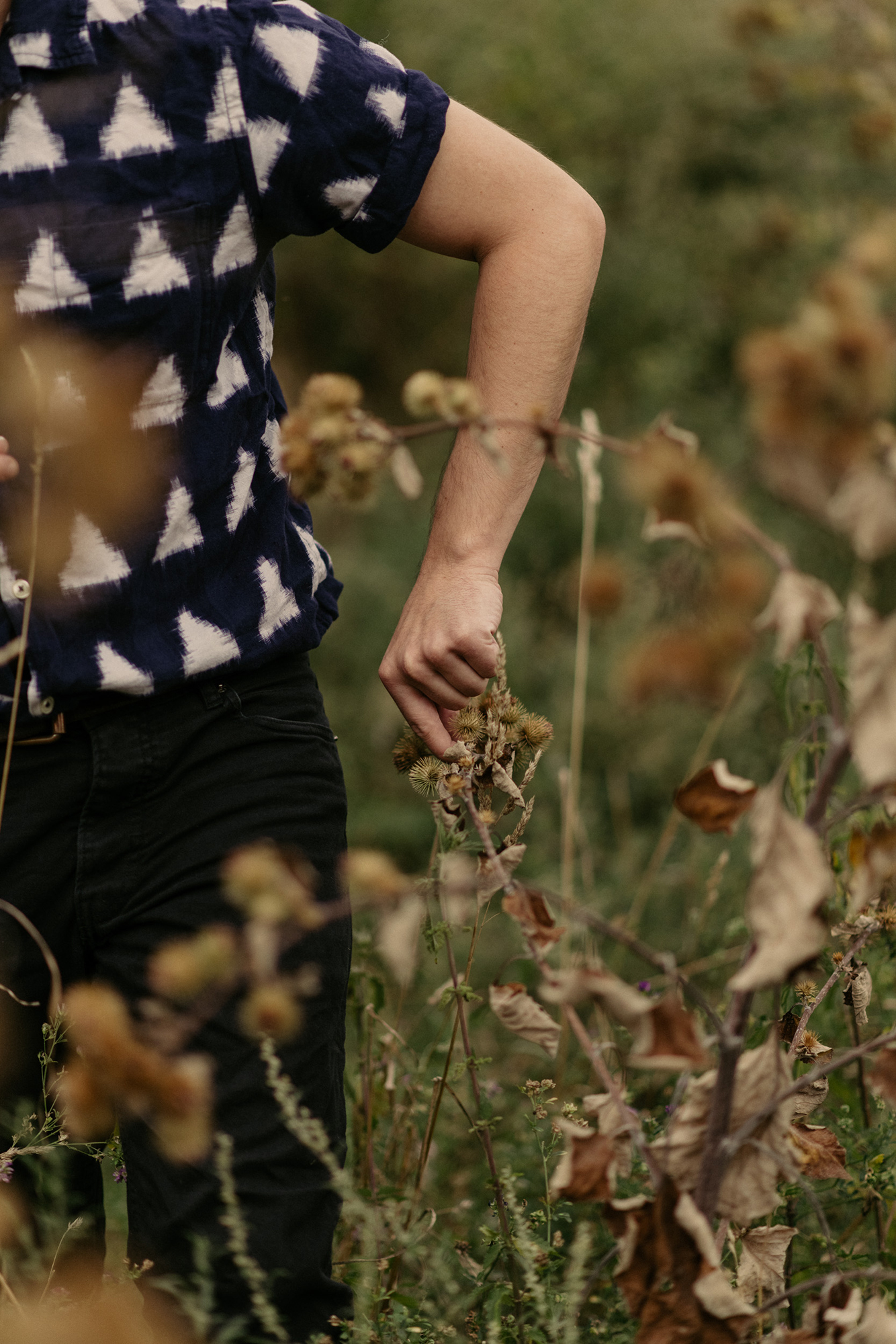 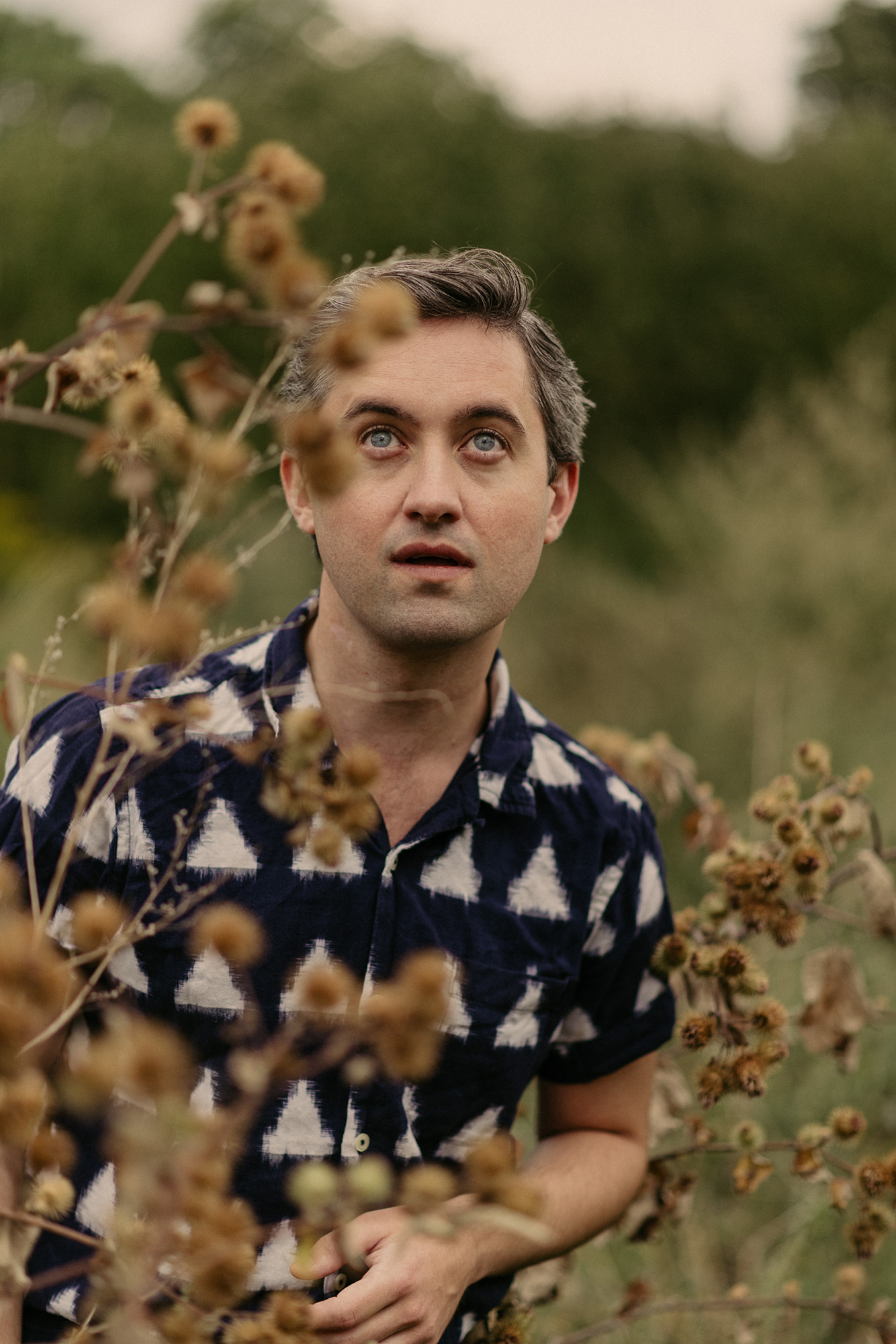 Do arrangements for songs come easily to you while you’re going about your day?
A little bit. Although, it’s rare that the ones that pop into your head when you aren’t sitting down with the intention of writing a melody will be made into a track. It happened the other day and I was like, “I think I’ve got something!” I sang the melody into my phone and I listened to it the next day and thought it was crap! Sometimes you think the things that come into your head are really good and then they’re not.

Surely though, with that melody you recorded on your phone, you might return to it after more time has passed and have a different reaction to it. Musicians, generally, will have several foundations of songs filed away for a while before they develop it and include it on a record. I saw that you said that ‘Ada’ was a song that you’ve had for a long time.
Oh yeah, absolutely. The melody of ‘Ada’ was around for a while. I remember writing it about six years ago.

It’s about Ada Lovelace. Why did you write a song about her?
I just thought it was cool idea for a song and it fitted in with what I was writing about anyway; technology. She was the daughter of Lord Byron and he died when she was about eight or nine-years-old. After he died, she continued to be obsessed with him even though her mother didn’t think he was worthy of her obsession. Ada had a romanticised view of poetry but she had a much more mathematical brain. She surrounded herself with the literati, I guess that’s what they’re called, and met a guy called Charles Babbage. He made a machine called the analytical machine or engine that could solve certain mathematical problems. She studied it and wrote an essay about it for an Italian publication where she claimed that it was capable of doing more than simple sums. It could create algorithms and build its own systems, kind of like a computer. Because of that essay and her work surrounding that machine, she’s known as one of the first computer programmers. It’s pretty wild. 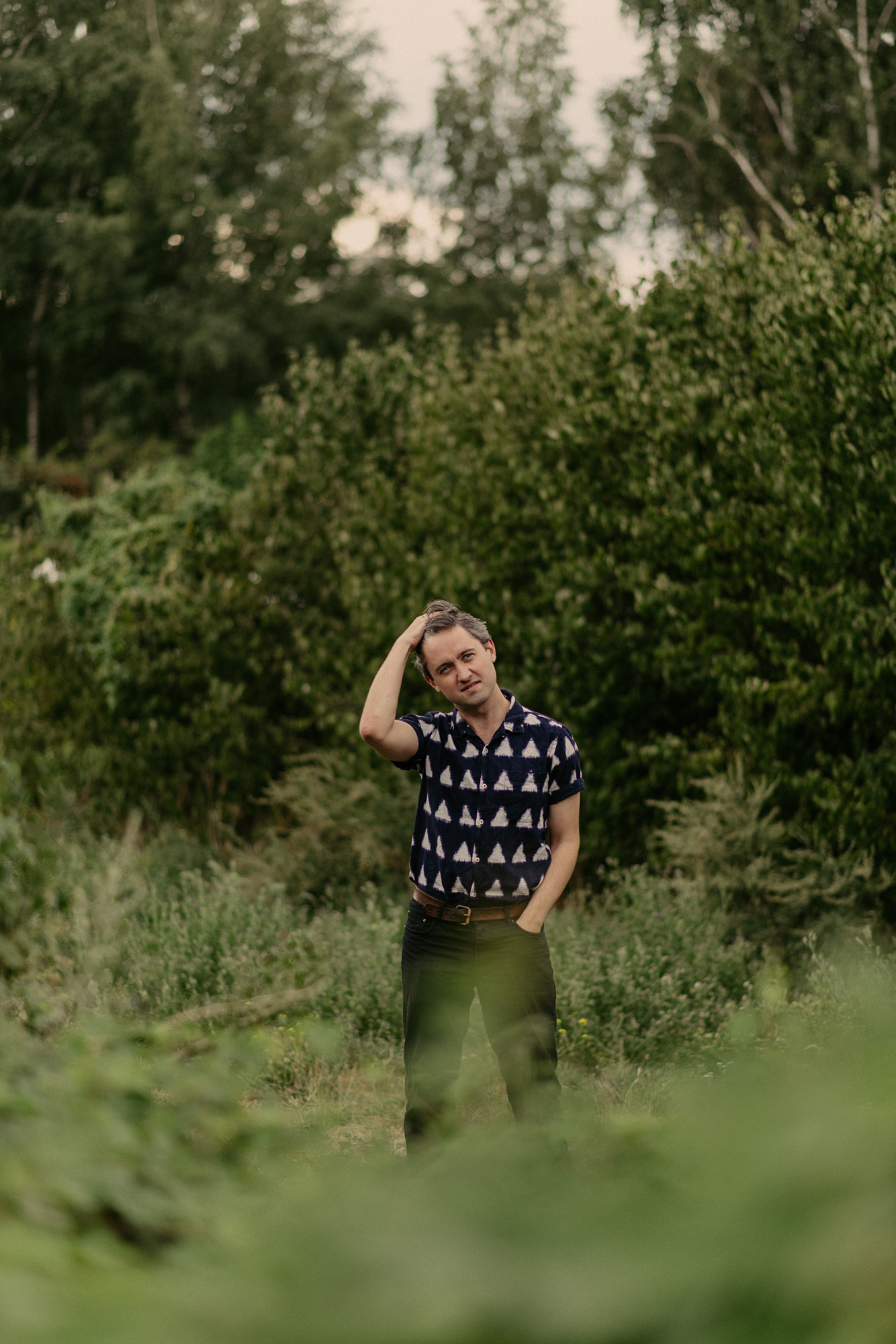 With lyrics, do you consider how certain lines will be interpreted as you write them?
Oh yeah, definitely.

Does that ever make you reluctant to include those ideas in your songs?
Sometimes, yeah. It generally means that you have to change something about it. You might have an idea and it’ll be great in your head but when you play it for people – when they’re half finished – I’m able to hear what I need to do because I’m not as in my head about it.

That’s where the idea of honesty and art comes in. Sometimes honesty isn’t exactly what you need to be focusing on. It’s about whether it worked or not and finding where you can fit little fictional tropes to open the song up more and let people into the initial impulse of the song. It doesn’t have to be like you burying your soul because sometimes that can be really crap. It’s a weird one, you have to use little tricks sometimes to get the song out of the shell.

Getting the song out of the shell, can you expand on that?
You might have an idea that’s amazing to you but just because you care about it doesn’t mean that anyone else will. So, you dress it up a little bit, put a little moat around it and then let the bridge down.

To make it accessible?
Yeah! Sometimes you write a line that you think is really beautiful and deep and then you realise it’s an innuendo. And you’re like, “Oh no! That’s a sexual innuendo!” It happens all the time. On ‘Twenty Seven Strangers’ there’s a line, “Noticing that tree of yours / I’ve been watching it grow.” 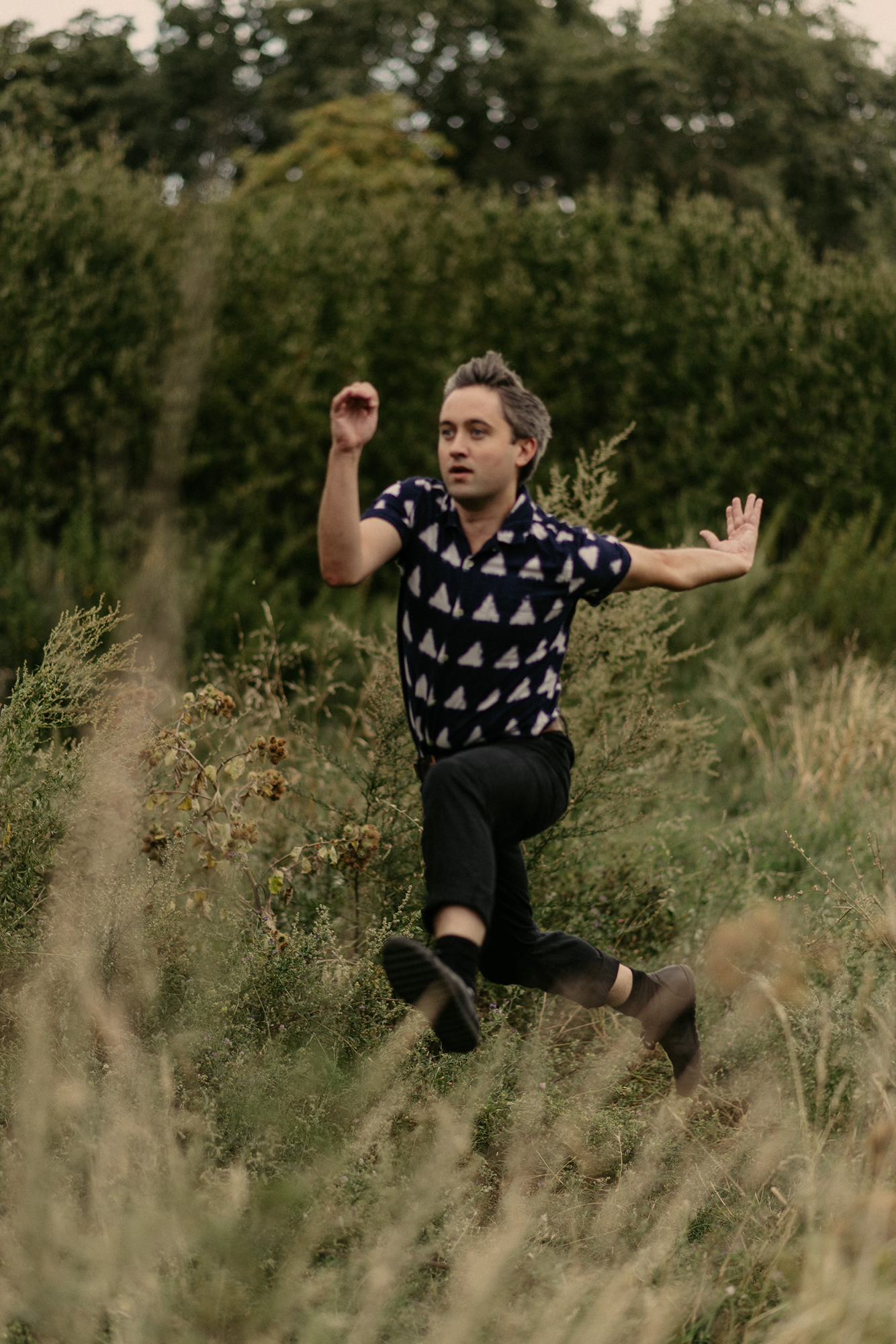 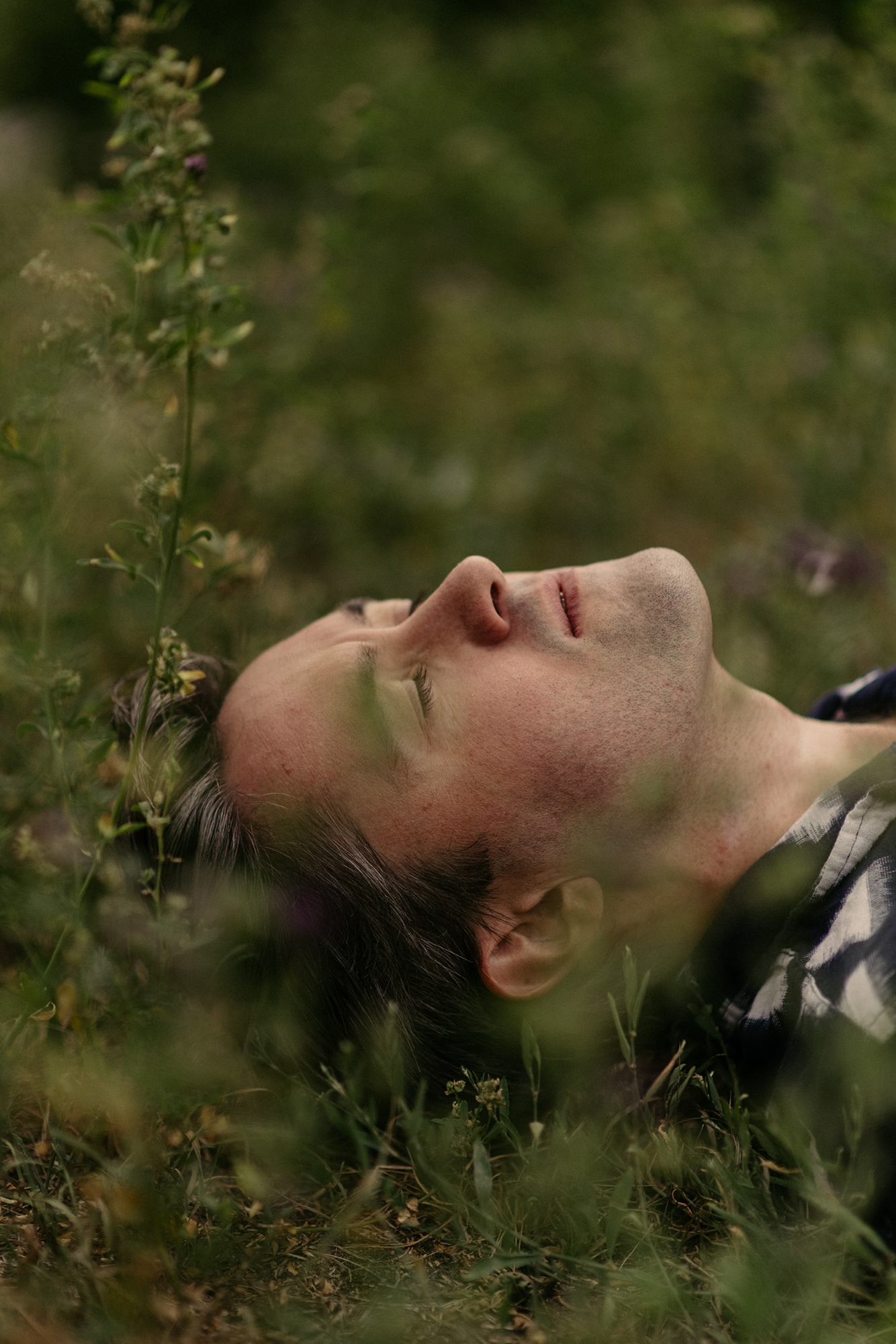 I read that, based on a theory you developed about David Lynch’s television series Twin Peaks, The Origin of Trauma was an idea you had for an album title.
My friend and I watched the most recent season of Twin Peaks every week. One evening we were drunkenly discussing what Twin Peaks is about, essentially. We eventually came to the conclusion that it’s about the origin of trauma. I think I turned to her immediately afterwards and said, “Album title!” I relented, in the end, because I don’t know that I would necessarily want to hear that album. Who wants to listen to an album titled The Origin of Trauma?

I had a different working title which was way worse.

What was it?
It was Hot Drops. I had this idea halfway through making the album that I wanted to make it even more conceptual and much poppier than it is. I wanted to make it really poppy and present it in a particularly superficial and stupid way. I was obsessed with that idea and it actually helped me write the songs, a little bit. When I emailed the graphic designer who was doing the artwork, I was like, “I’m so sorry, the album is actually going to be called Hot Drops!”

I had a visual in my head of a drawing of a man with a tea cup for a head, floating in the clouds. It was this really trippy concept that I held onto for a while but I’m so glad that it’s not called Hot Drops!

I thought that The Origin of Trauma would have also been a fitting title for the album because some of the lyrics are embedded with elements of trauma. Is it challenging to revisit those feelings when you’re performing?
Yeah, but I think that the process of writing is when you detach yourself from whatever moment you’re writing. When it comes to performing it, it’s an amazing feeling because you’ve built an arrangement that you’re excited to share with people. I think writing is my way of giving myself therapy.

You record everything yourself, essentially. Do you prefer working alone or do you like collaborating with other people?
I think I’m going to the next batch of material very differently because I’ll go insane if I go up to that little attic studio at the top of my house for another year. So, I’m not going to do that again. It worked for this one, but I don’t know if that’s the way I always want to work. 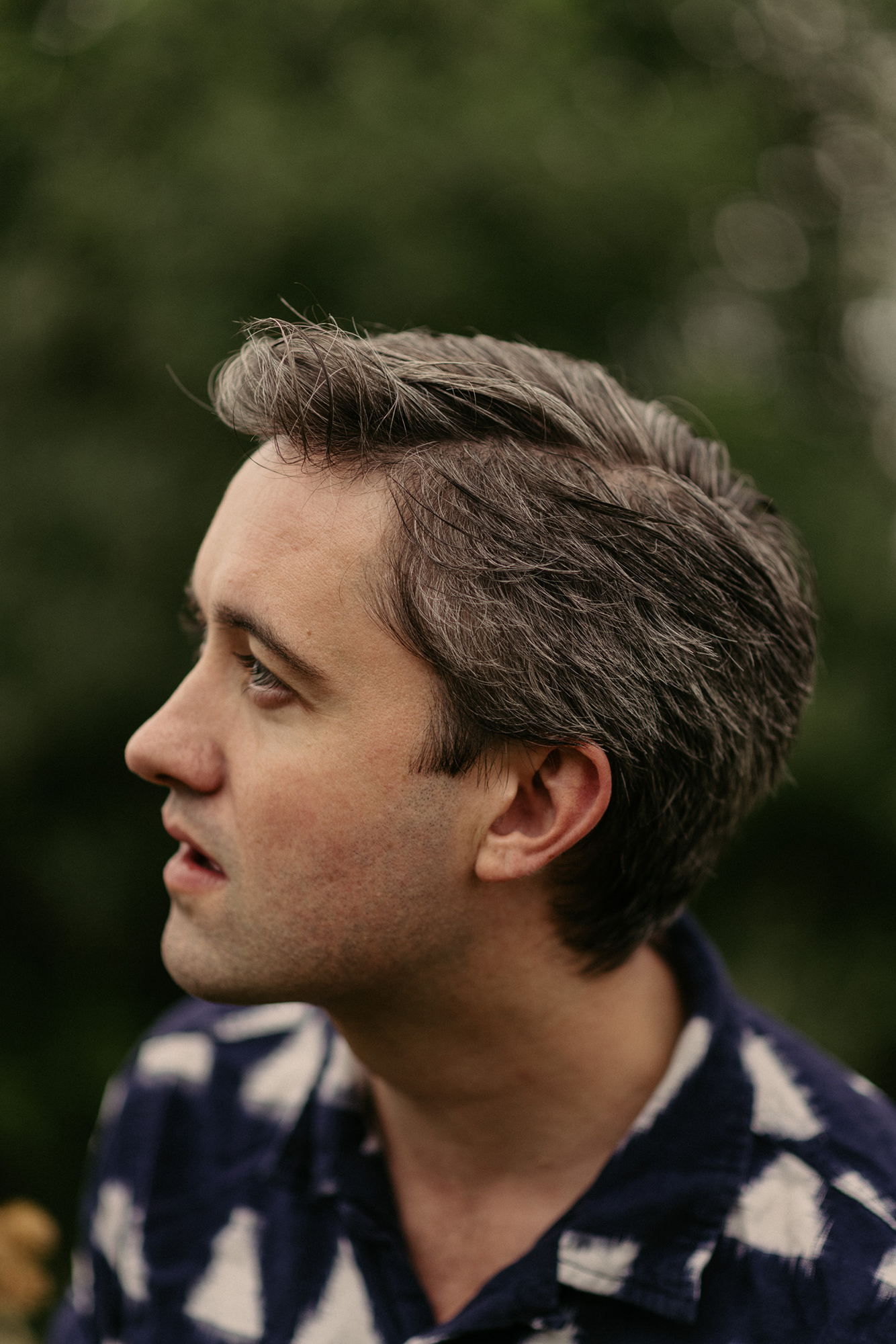 Did you intend for The Art of Pretending to Swim to be a side project?
Yeah I did, for a little while.

What happened?
Well, I told my manager that I was feeling very songy, and that if he wanted me to make new music, it would be me jamming some weird electronic things. We knew that I’d probably have to do something like that under a different name. I suppose, you want Villagers to remain as a lyrical thing and not purely instrumental. Also, it would have to be a different show.

As I was making the tracks, I wasn’t good enough at production, at that stage, to do something that was production based. I could do that now because I learned so much making this album. Around the same time, I did a lot of remixes for other people. That got me to the point where it sped up my production learning. While I knew I was improving, I started thinking about structured songs. Then the words came through, singing happened and it started to sound like Villagers album!

When I went back to writing my music, I had that in my head a little bit. It’s important to remember that in making music, you’re not just working stuff out for psychological reasons. I want my music to be able to do something for people. So, I had that sort of remix mentality while I was writing The Art of Pretending to Swim which is why it’s a bit groovier. I was constantly thinking about what I want this album to do to people when we’re performing it live. Instead of me just being like, “Listen to me sing”, I want people to hold onto things more and for the music to be more open armed and warmer.

The Art of Pretending to Swim is out now on Domino Records. See Villagers live in Berlin on November 8 at Kesselhaus. 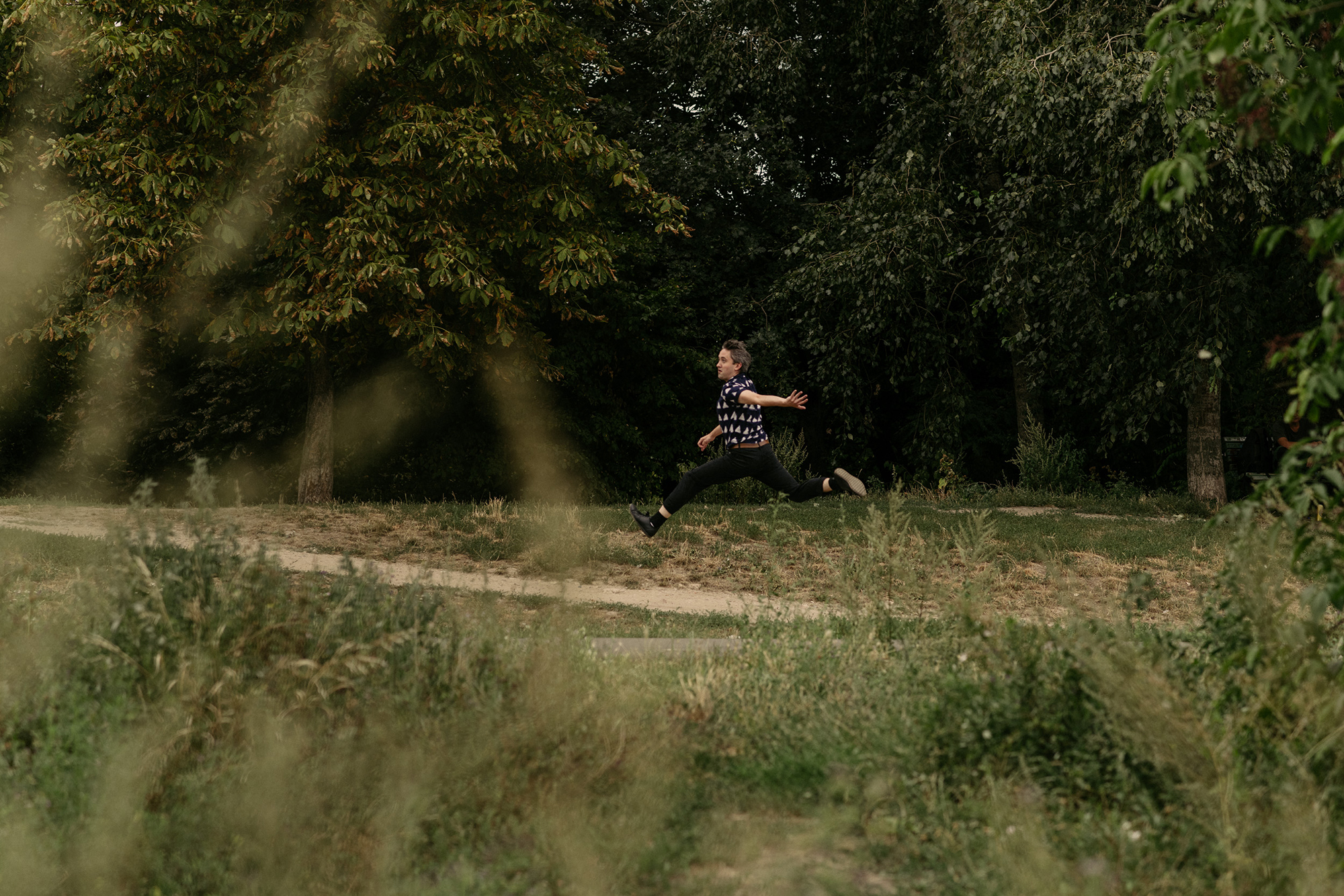