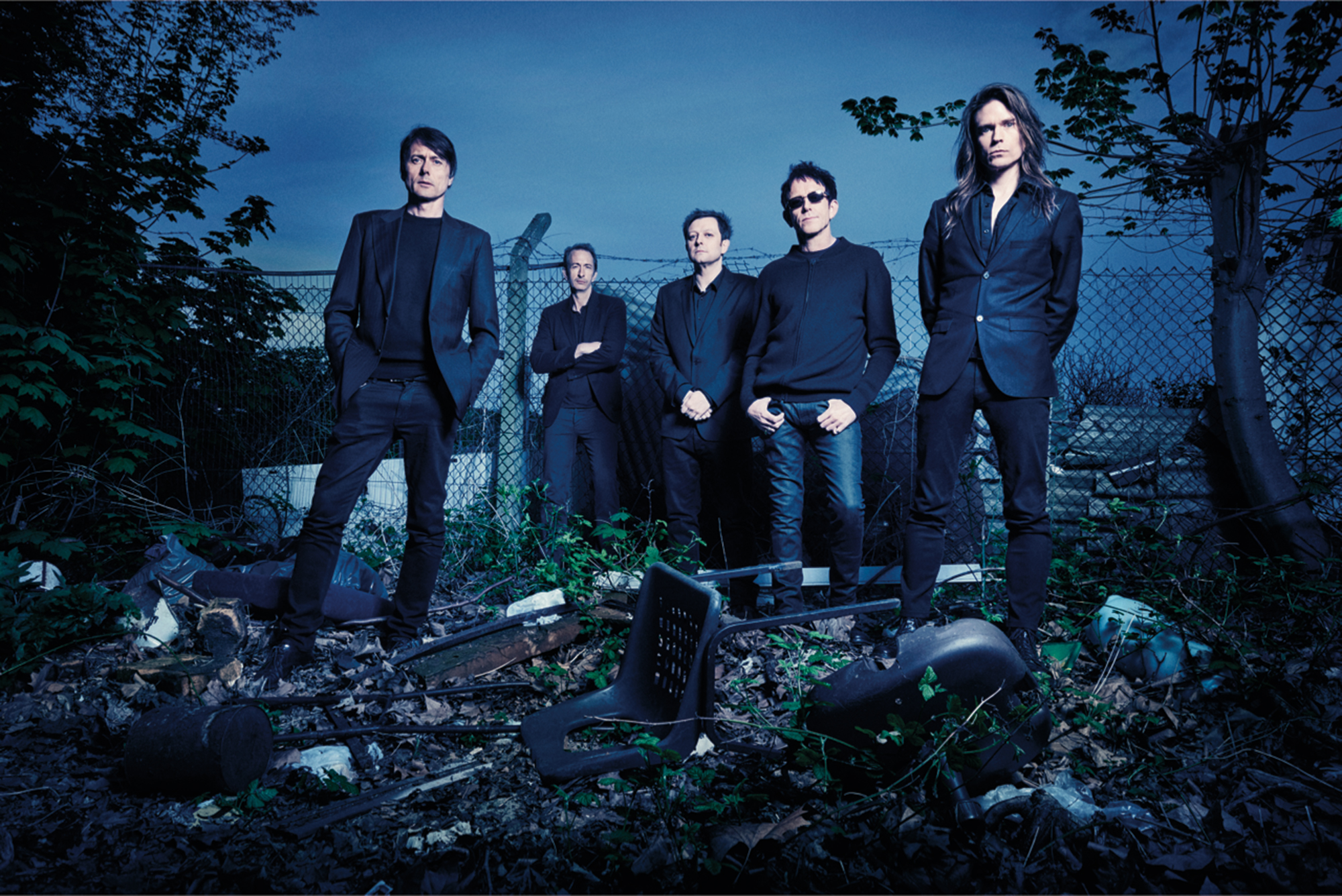 Suede are back. Their eighth album, The Blue Hour, has just been released. It’s an ambitious, soaring affair – orchestral layers, thunderous strings and choirs meld with the unique style that made Suede a household name in the Nineties. We have the chance to talk with enigmatic frontman Brett Anderson ahead of their Berlin live performance.

The blue hour is the moment when night appears, the time of day when the light is fading and night is closing in. Why are you fascinated by that moment?
It’s a very beautiful moment, you know, photographers often talk about it because it’s an amazing time to take pictures with a kind of romance. But it’s quite terrifying as well, it’s when things get dangerous. And since there’s a thread running through the record, the story of a child lost in the dark, that expression, “the blue hour”, was perfect to describe it.

Is that fascination connected with the dark times we are living in?
I guess yes and no. I didn’t want to write about the world’s geopolitical situation or anything like that. I write about emotions. A lot of this record was written through the eyes of a child, through the eyes of my son, to show his fears, how he sees his world. But it’s also about the fear and the terror around the world: I think since 2017, since Trump became President of the United States, there’s a psychic terror in everyone for this incredibly confusing and unrealistic time we are living. So, yes, there’s some paranoia that owns the record.

The epic atmosphere of the opening track ‘As One’ is impressive, there’s a sort of Carmina Burana touch in it.
Yes, it’s true. Musically with The Blue Hour we wanted to take a little bit further than the previous record, Night Thoughts. We wanted to push things, we wanted strings in the quire of the album. And to express the spookyness of the British countryside [Anderson has relocated to Somerset]: some elements we used are used in horror film soundtracks.

What about the lyrics?
There’s definitely a sense of dread in ‘As One’. In terms of what it means, it’s quite strange to me… You know, I was writing the record while I was writing my autobiography, Coal Black Mornings, so I spent a lot of time thinking about my childhood and my father. ‘As One’ is about the sense that some things just get passed down through the generations, that there’s this thread that runs through us, that my father lives on in me and I will live on in my son. And at the heart of that you are one person, kind of spreading out over the generations. I like that idea, almost the idea of one person living forever through the times. 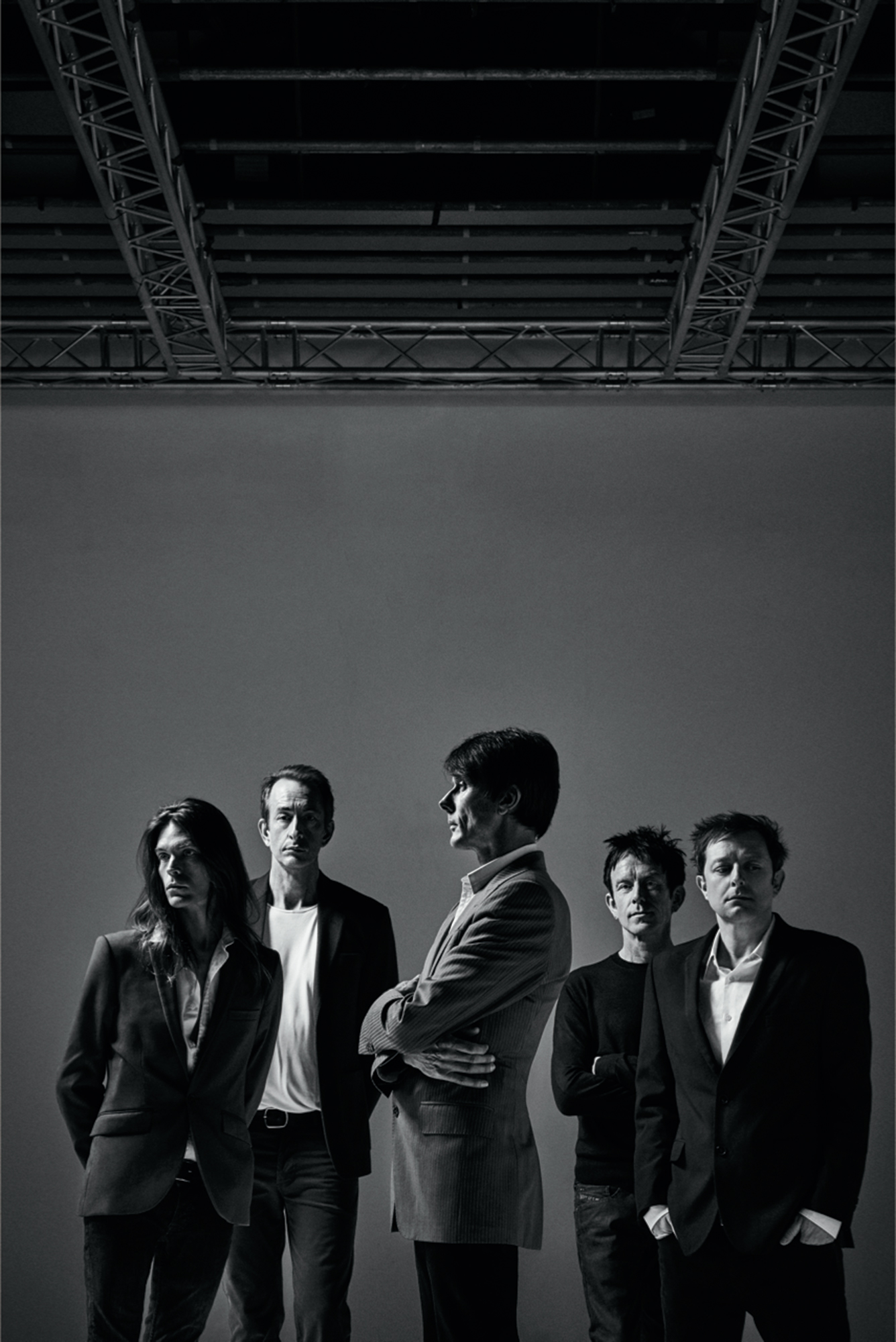 I’m quite sure that writing about personal stuff causes changes in you. Did it happen with your memoir? What have you learned about yourself?
That’s a very interesting question. There’s one thing I find quite weird, is that you don’t really understand the strangeness of your world, and of your family especially, when you are in it. So it’s funny, when I first showed to people the stuff about my childhood I understood I hadn’t realised how odd it was. The relationship with my father was incredibly difficult and now that I’m 50, a father, and I’ve written a book about my life, I can understand it more than ever.

What was the most difficult part of your youth?
I think more than anything I was feeling that the world that interested me – the world of music, the world of London, the world of art – was never gonna be mine. That people like us, mates who made their own music and their own clothes, were gonna stay where they were forever. So, there was a sense of frustration and claustrophobia, almost. I thought that the interesting life was meant for some other people and that I was never gonna be one of them. I mean, Suede… We were on the edge of all that, looking in. And still are. But now, eight records later, I see that it’s a great thing, because it means that we’re independent, we do things in our own way, we’re not so caught up in what other people do.

Do you feel like an outsider?
Yeah, it’s something you grow up with. If you feel that way when you are 10 years old, you’ll feel that way forever. Now I’m in magazines, TV, radio, but I never really feel part of the music business.

As a songwriter you are very good at describing what a young boy feels, even now that you are 50. In The Invisibles, for example…
That song came specifically out of my memoir. It was that sense that you just don’t count. It’s not a complicated idea, really, just that you pass through the world without making a mark on it. One of the most amazing things of being in a band and becoming famous, to a certain measure, is that suddenly people listen to you and are interested in your opinions. This should be the common basis of every relationship, but I had to shout out quite loud to get heard until I was in a band.

How has your relationship with songwriting and inspiration changed?
We’re really really careful not to repeat ourselves and that gets harder and harder as you get older. What happens a lot now is that we write something and it sounds really good, but then we have to admit that we already wrote that song before, but better, so we can’t use it. You know, when you are 25 everything is new and fresh. Now we throw away a lot more than in the past and that’s because we are always interested in telling things in a new way, in finding a new way of being Suede. And it’s hard work.

The Blue Hour could be defined a concept album about a child lost in the dark, as you said, and that’s the farthest thing from what is fashionable today: nowadays people listen to singles and playlists more than entire records.
I know, todays music industry needs a lot of singles, so you should drop track after track after track, and your songs have to go into playlists, and you have to release the best track at the beginning… Well, with the previous record we decided to do the opposite, we decided to make a record you have to listen to from beginning to end, that you have to sit down with, and people responded really well. So, when we started working on The Blue Hour we knew that there were people who would have listened. And that’s why we felt free – we could make it darker, we could make it longer. We knew there are people like us out there, people who love this stuff. I don’t know if we are gonna do that again, but that’s definitely what we wanted to do now.

A good part of Suede’s success is related to your skill as a performer: how do you feel being on stage today?
I enjoy it more! I mean, the first time around touring was always like being on holiday, a party. We’d never been anywhere before, and a lot of the times we played really well, but sometimes we didn’t. Nowadays we are pretty dedicated to making sure that everything on stage is great, we live quite quietly when we are touring, not interested in partying anymore. I’m focused on the feeling I get from the crowd during concerts, because that’s incredible and I love it. I love the sense of connection, when you get that energy flow back and forward.

Are there any books that influenced your perspective on life and society?
Oh, hundreds, hundreds! When I was growing up I really loved George Orwell’s 1984 especially. There’s always something happening that reminds me of that book, there are always people trying to rewrite the past and just sticking in a lie. That’s exactly what Trump does: he tells things that we know are untrue, but he keeps doing it. But there’s another book I really love – Birdsong by Sebastian Faulks.

Compared to the Nineties the way to consume music has changed – we have YouTube, Spotify and all those music streaming platforms…
I tell you one thing: we played in South America a couple of years ago, and we had never played there before. We got on stage and the audience was really young, there were a lot of teenagers and they knew all the words of our songs, and that’s because they could listen to our stuff online. That’s the powerful side of Internet and music streaming platforms. The other side, and it’s a weird side, is that today when you finish a gig you can go online five minutes later and see what people write and think about it.

Is there anything you miss from the Nineties?
The day of the record coming out: I used to love going through some record shops in London with a hat on and just watching people buying our record. 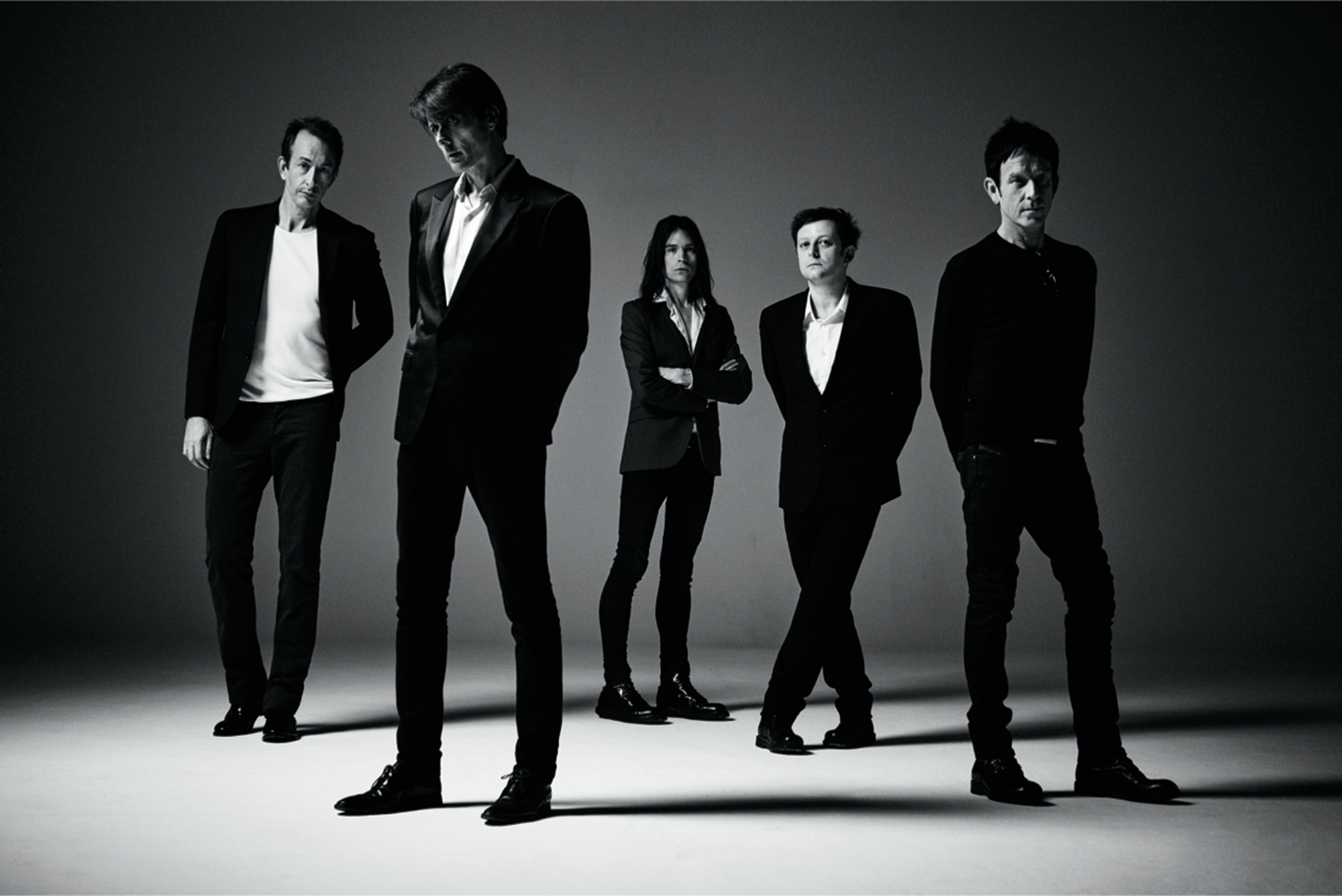