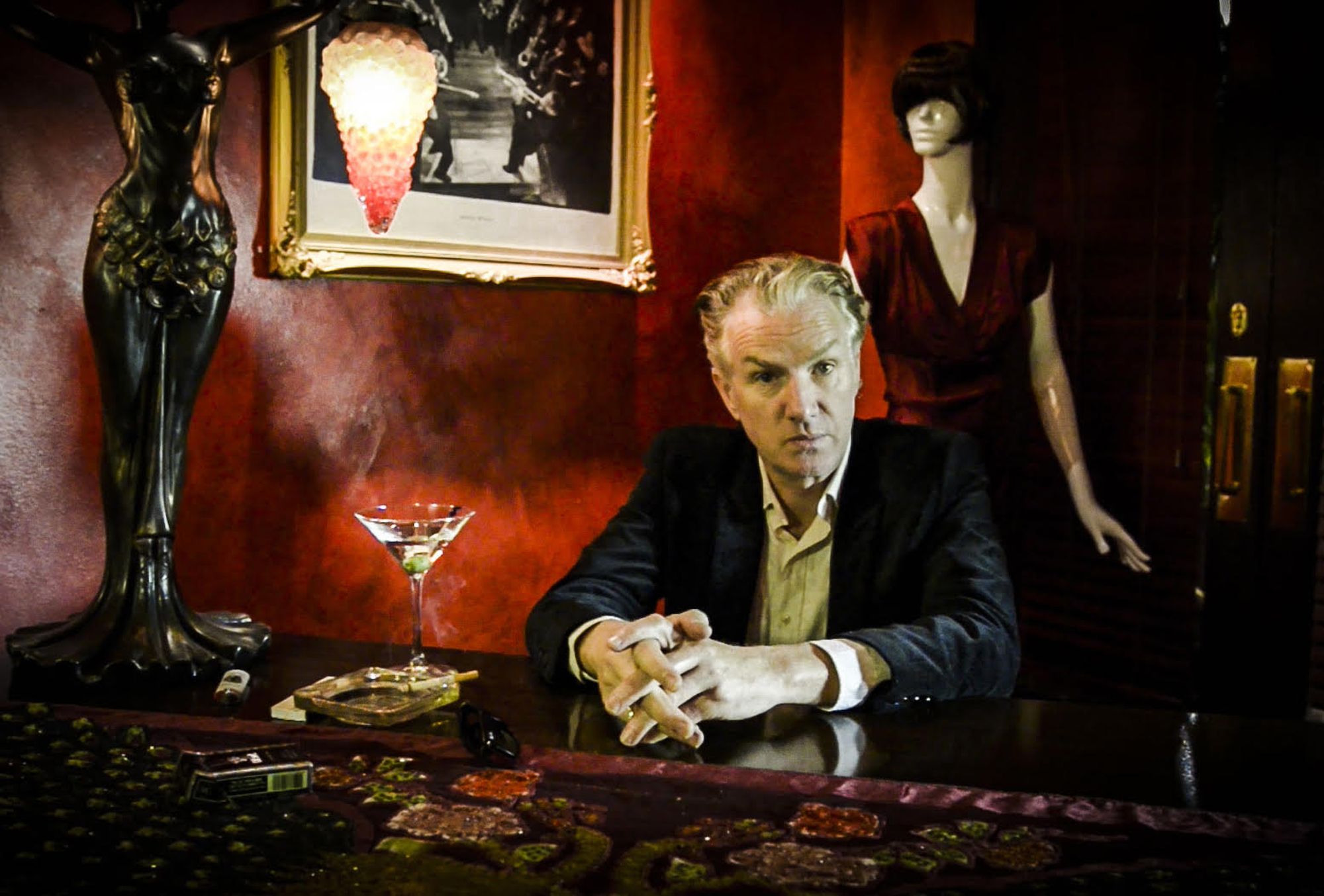 On April 2nd we celebrated the 90th anniversary of the birth of Serge Gainsbourg. The French chansonnier died 27 years ago, but his ongoing influence on contemporary artists is still profound. Among those still celebrating his work is Mick Harvey.

Famous for starting The Birthday Party with Nick Cave in the Seventies, for playing in The Bad Seeds until 2010, and for his collaboration with PJ Harvey, the 59-year-old Australian musician, composer and multi-instrumentalist first paid tribute to Gainsbourg in 1995 with Intoxicated Man. The cover album was meant for an English-speaking audience, based on an interesting rereading of Gainsbourg’s repertoire and on an accurate translation from French to English.

Since then, Harvey has dedicated three more records to the Parisian songwriter: Pink Elephants (1997), Delirium Tremens (2016) and the latest, Intoxicated Women (2017), focused on a selection of songs from the Sixties, a time when Gainsbourg had love affairs and professional relationships with women who became his muses, such as Brigitte Bardot e Jane Birkin. Harvey tells us, “It all started out when I was very young, one day I listened to ‘Je T’aime… Moi Non Plus’, the song had just come out.’ He will honor Gainsbourg in Berlin, at Volksbühne on May 13th. 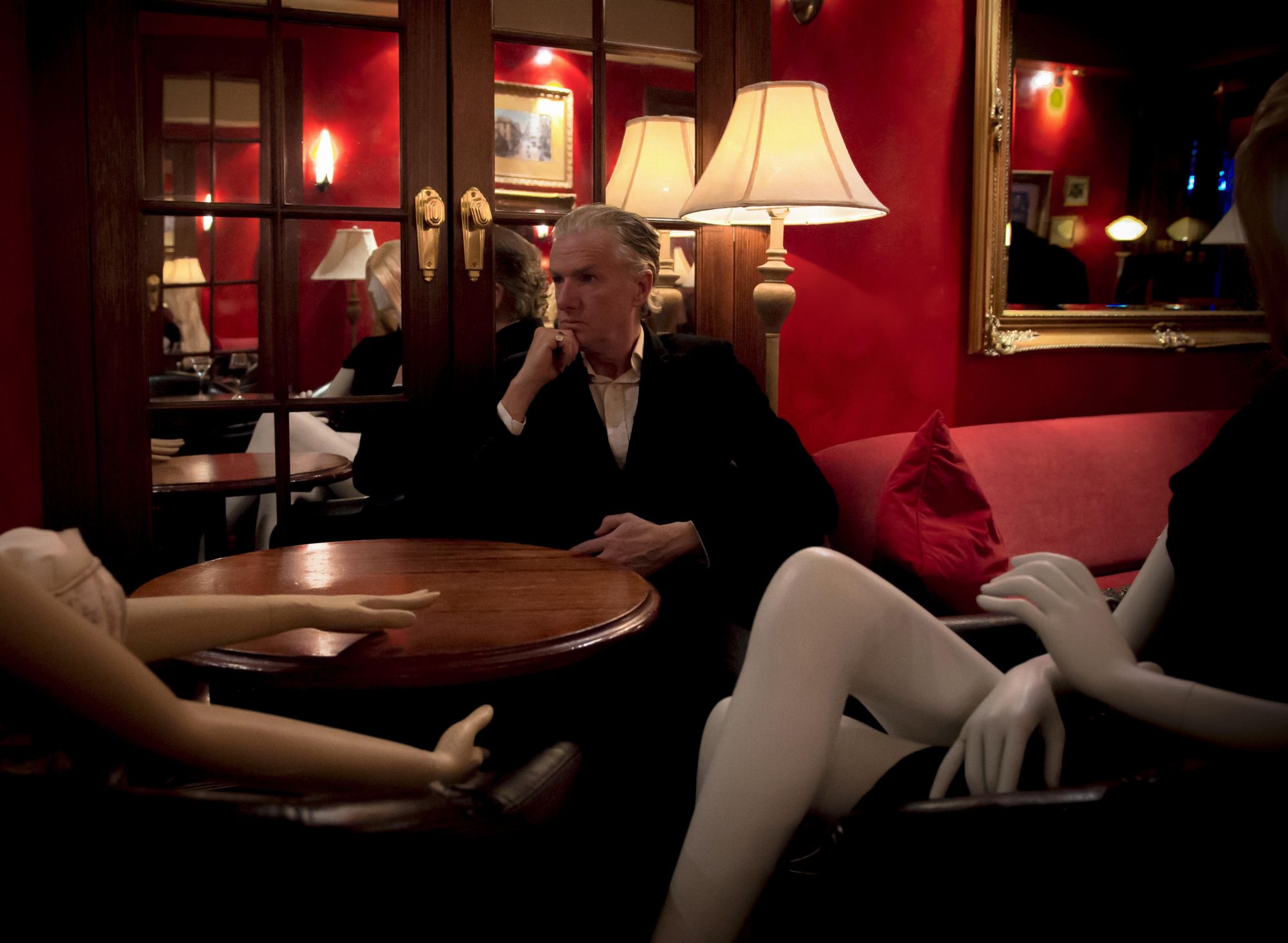 When ‘Je T’aime… Moi Non Plus’ came out in 1969, you were 11 years old. Then, what happened? I hadn’t listened to any song by Gainsbourg anymore, till the Eighties when, on a Saturday morning, I was watching a TV show and I saw the video for ‘Lemon Incest’ (song recorded in 1984 by Gainsbourg with his daughter Charlotte; N.d.R.) — it surprised me. And also, while I was living in Berlin, a French friend of mine let me listen to some cassettes by Gainsbourg.

What did you like about him at that time? I noticed he had written many good songs, more than many others. That’s not an easy thing to do: in every country you have a few songwriters who wrote some good songs, but not so many have written so many good songs as Gainsbourg. The Rolling Stones, Bob Dylan… But Gainsbourg was not so famous all over the world, he was known in France, mostly, so I thought that introducing his work to English-speaking countries would have been a great challenge.

Your first tribute album came out in 1995 and is called Intoxicated Man, like a Gainsbourg’s song, why? I like that song and Gainsbourg was often drunk, you know. Moreover, that title made me think about me being a workaholic.

Are you? I don’t think so, but some people consider me a workaholic. Maybe in some degree it’s true, yes… I had to make an effort to learn to turn down at least some jobs and collaborations.

We moved to Berlin in 1983, at the time the city was unique, exciting but also brutal for the political situation.

Between Intoxicated Man and the more recent, Delirium Tremens and Intoxicated Women more than 20 years have passed. In that period of time, what’s changed in your approach to Gainsbourg? To be honest, all that time has passed because it seemed to me that I had worked enough on Gainsbourg and I was not obsessed with him. Then I played a couple of gigs for the reprint of my first two records dedicated to him and I enjoyed so much playing his songs that I decided to go back to his repertoire. But with a more relaxed way, in comparison with the time of Intoxicated Man: that was my first solo album and in order to translate Gainsbourg’s lyrics I had to ask for the help of a French professor. For the last two records everything was more natural. And for Intoxicated Women, since I had already covered so many songs by him, I started looking for something new for me and I found out a few songs written for female singers mostly in the Sixties (for example, ‘En Relisant Ta Lettre/While Re-Reading Your Letter’, ‘Chanson de Prévert/Prévert’s Song’ and ‘Les Petits Boudins/The Homely Ones’; N.d.R.).

As well as your son Solomon, who sings in ‘Dents de Lait, Dents de Loup/Baby Teeth, Wolfy Teeth’, you involved female voices: Andrea Schroeder, Channthy Kak, Jess Ribeiro, Sophia Brous, Lindelle-Jayne Spruyt and Xanthe Waite. How did you choose them? They are singers with a kind of sensuality, and that’s an important aspect in Gainsbourg’s music. But I was cautious: the song ‘All Day Suckers’ is about a blow job, Gainsbourg had written it, with the title ‘Les Sucettes‘, for 19-year-old France Gall in 1966; I didn’t want any woman to sing it, so I preferred to do that myself.

Don’t you think that Gainsbourg’s reputation as a latin lover and provocateur is the reason why its work has been, to some extent, underestimated? I don’t know, for sure at a certain point he understood how to take advantage from that reputation in order to sell his records. Not since the beginning, it was after a while, I think, that Gainsbourg, seeing the audience going crazy for his love affairs and vice and all that stuff, realized that was a good card to play.

But he really was a seducer… Sure, I’m not saying he wasn’t, but that was only one side of his character. Many people remember him for his life of excess, over the top but funny, but I believe he was also a gentleman. Otherwise, some of his partners would have told bad stories about him.

Your career started in the Seventies with The Boys Next Door, the band guided by Nick Cave that in 1980 changed its name to The Birthday Party. What do you remember about that time? I was quite similar to what I am now, but still naive about the world around me. It’s hard to be objective, but… The Birthday Party has been something wonderful in my life. We moved to Berlin in 1983, at the time the city was unique, exciting but also brutal for the political situation.

In 2010 you left The Bad Seeds, after more that 30 years of partnership with Nick Cave: don’t you miss them? Sometimes, when I see they are on tour, I wonder why I’m not there. It can happen… But then I think it was time to leave for many reasons and that I’m fine here where I am.

See Mick Harvey play on May 13th, 2018 at Volksbühne Berlin. You can find more tour dates and stay up to date with his releases on his website.