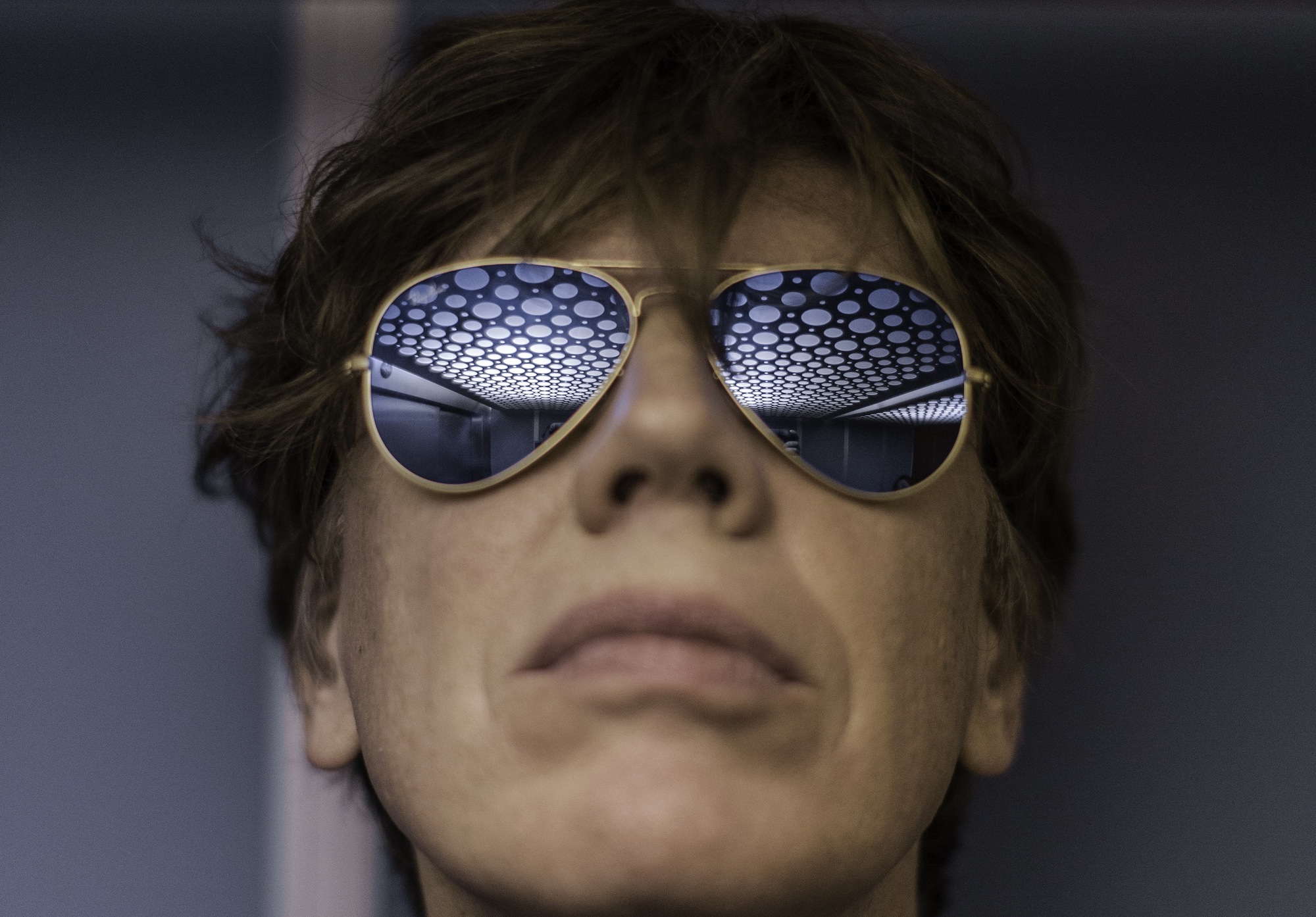 Thurston Moore has had a tumultuous time lately: a public divorce from his long-term partner, the legendary Kim Gordon, and the resulting split of game-changing indie heroes, Sonic Youth.

His second solo outing since those two major breakups, Rock n Roll Consciousness isn’t a huge departure from Sonic Youth, but there are of course new elements; a positivity, a lyrical lightness, and a certain mysticism that pervades the entire album. Unsurprisingly, the ‘Thurston Moore Group’ that features on the record is the same impressive posse of musicians present on previous release, The Best Day: guitarist James Sedwards, My Bloody Valentine bassist Debbie Googe, and Sonic Youth drummer Steve Shelley. On August 4th, the band closes Friday’s Radialsystem V, for the A L’ARME festival. We catch up with Moore ahead of the show to talk about the record, or not, as it turns out. In our allotted time, he wanted to discuss Buddhism, politics, and power struggles. We were happy to indulge. 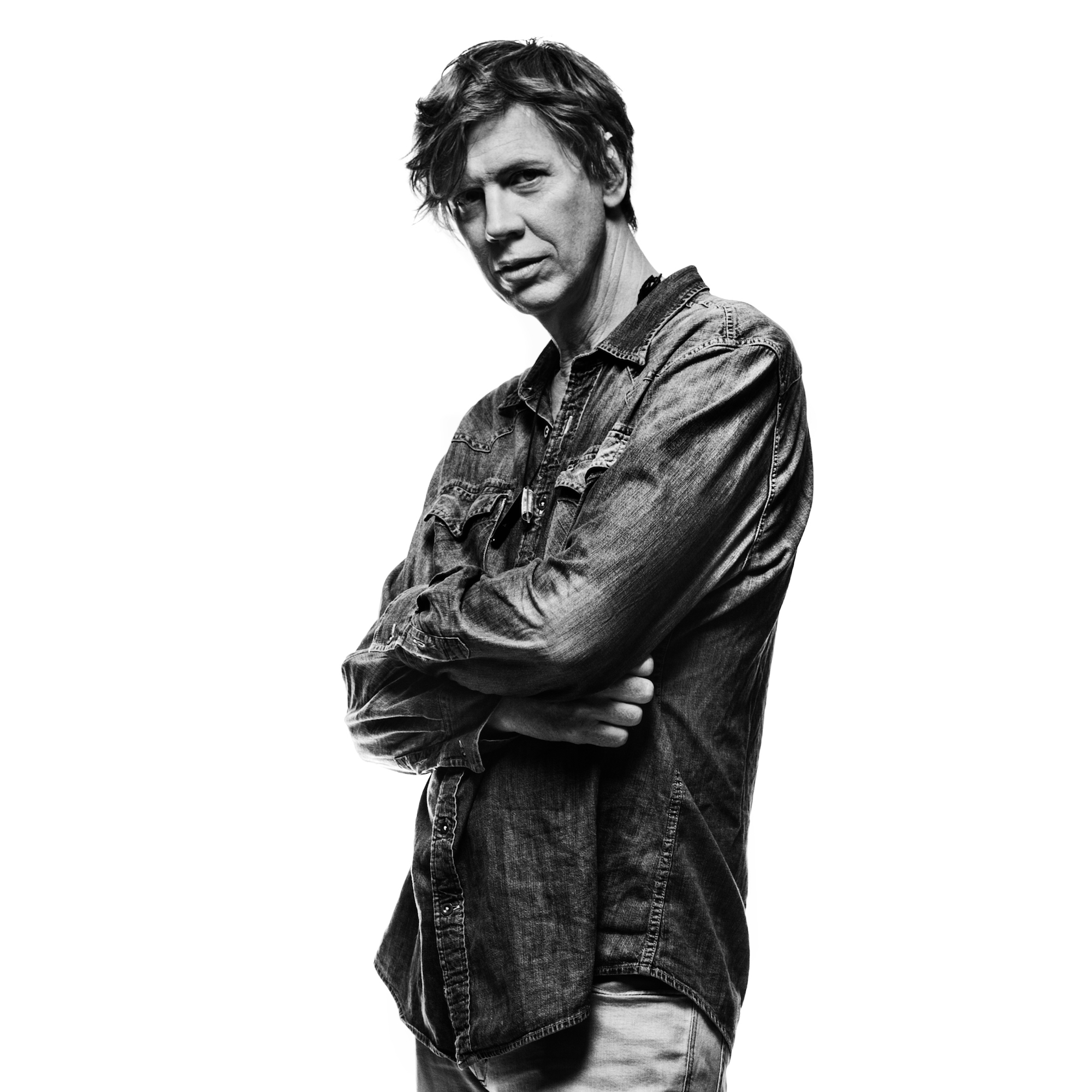 Rock n Roll Consciousness is a very engaging title.
Yes, it is. I was thinking about the idea of consciousness from reading Buddhist texts. I have been teaching at a university in Colorado called Naropa, which was founded by a Buddhist teacher, Chögyam Trungpa, who’s no longer alive, in a physical plane, but who had this fascinating idea that Buddhism is connected with a kind of freedom he called “crazy wisdom.” So, I was asked to make a poetry workshop for a section of that university, the Jack Kerouac School of Disembodied Poetics, founded by Allen Ginsberg and Anne Waldman, who’s a kind of a mentor for me. She was the one who asked me to teach – she knew I was involved in underground poetry – and that was really exciting: that school had hosted poets like Gregory Corso, Diane di Prima, Kathy Acker. It’s a wonderful place that seems really super liberal-progressive, as I think the future of the United States should be, especially now.

I found that meditation in a creative lifestyle involves things like entering a record store and listening to music alone.

While I was teaching, I began thinking about the fact that I had never had a religious authority in my life, but I was interested in religious philosophy and I had nothing but respect for people who use religion as a faith for their own lives. And, you know, Buddhism, Catholicism, Judaism, Islam, all of these ideologies are kind of amazing when they profess respect, love, peace and honouring the spiritual in life. Buddhism, in particular, refers to consciousness, awareness, the relationship between the physical and the metaphysical life, and meditation as a way of becoming one in this state of grace. And I did that, I practiced meditation and I still do once in a while. I found that meditation in a creative lifestyle involves things like entering a record store and listening to music alone, and finding inspiration in that solitude, so I asked myself: “What’s that? Why do I feel more spiritually attuned in those situations?” And eventually I came to the idea of Rock n Roll Consciousness. 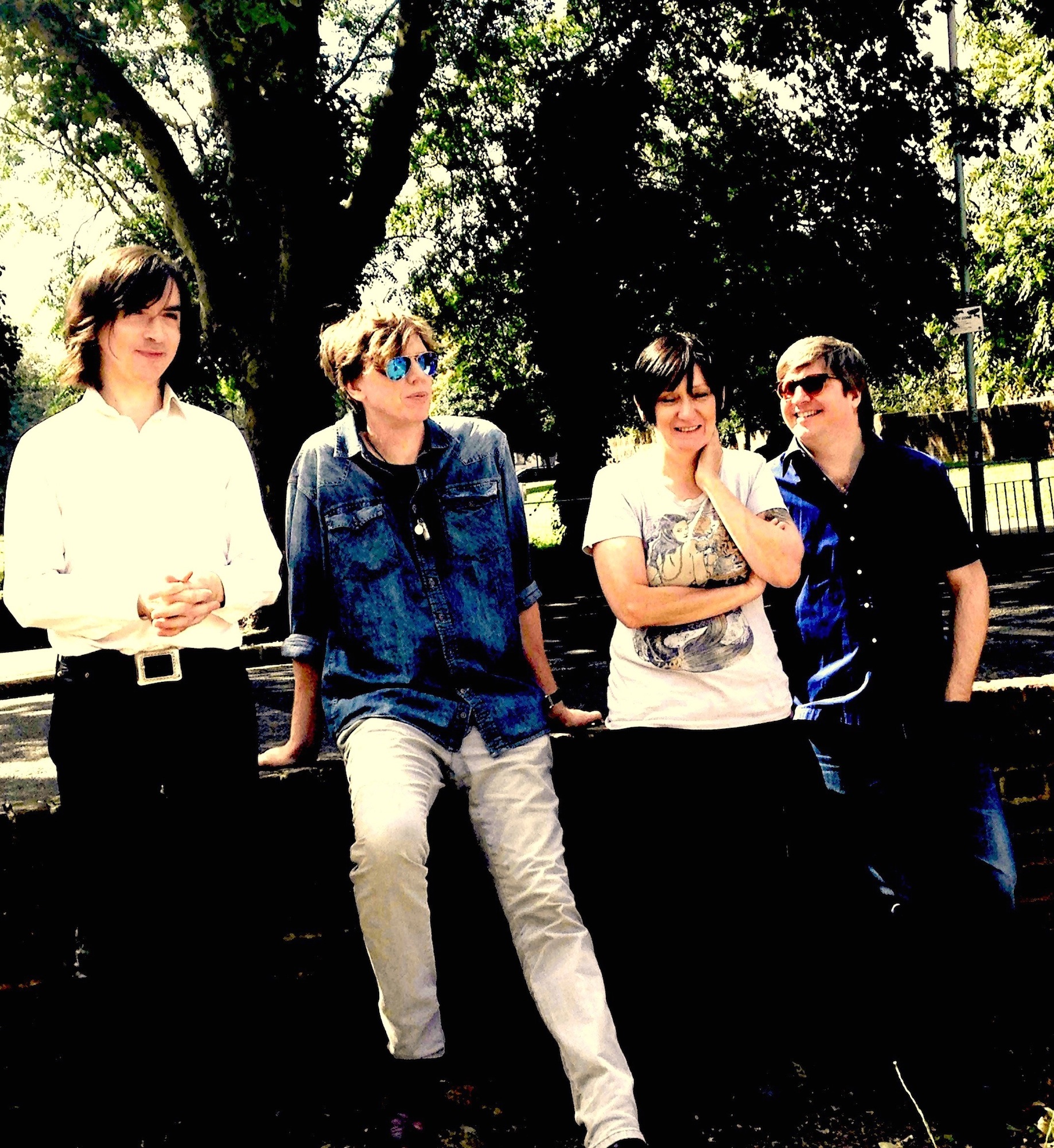 So would you say it’s more about mysticism and spirituality than political engagement?
Yeah, but those are not separate. I think there’s a way of being an activist through meditation. You know, Buddhist practitioners spend a lot of time meditating for the good of our planet and I don’t consider that a waste of time. I prefer them doing that than seeing people take power to create more money for the agenda of keeping cultures separate from each other, that’s nothing to do with the welfare of the planet. Do you remember ‘Fight The Power’? I was curious about the meaning Public Enemy gave to that song, because they sang for black power, but why power? In the end I realised that black power was, and is, about liberation, opposition, and the necessity of going up against the idea of power as control. My record is a voice against power as control, which is an ambition for fascism and right-wing agendas. Because there are people interested in a liberal-progressive respect for equality between cultures. I mean, the desire is not for power, the desire is for peace!

My record is a voice against power as control.

If Donald Trump won just because he appealed to the basic instincts of racists and lied to people telling them he was going to make them richer, obviously that was bullshit, but he made people believe it by scandalising anyone who had any kind of liberal-progressive idea in politics, and by playing with the fear of others. But he lost the popular vote, so in a way his victory was a swindle, it was the most extreme discrepancy in the voting records in American history. Also, a lot of people didn’t vote, because they didn’t like Hillary Clinton, especially for her involvement in the wars in the Middle East, and they were convinced that Trump wouldn’t win.

But he did win, and Rock n Roll Consciousness is a ‘voice against’, as you said. As for your previous album, The Best Day, you wrote the lyrics with Radieux Radio. Tell us about that.
My girlfriend! Radieux Radio is the pen name of my girlfriend, Eva Prinz. She’s a feminist, she’s a publisher. She was working with me and the other members of The Thurston Moore Group in the studio. We had a few songs that really needed lyrics. I was writing them, but then she listened to ‘Exalted’ and she wrote these lyrics about the attributes and power of a female deity. When I looked at them I thought “Wow!” They were so beautiful that I just sang them and they fit perfectly to the song. She was really informed by the music. And then she wrote more, so I realise that the record has a female energy, but despite the title it’s not made up of protest songs. 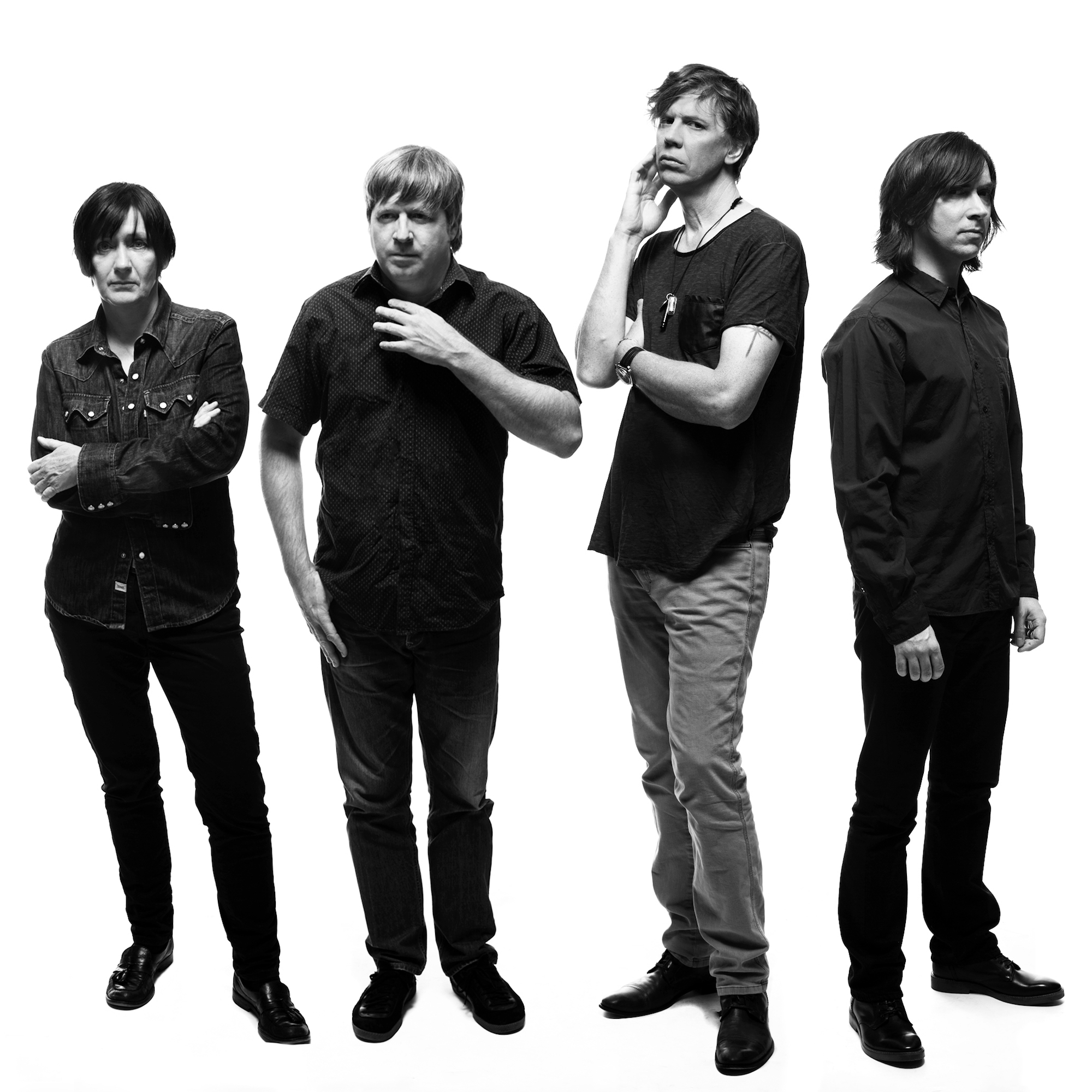 Maybe ‘Cease Fire’, where you sing, “Throw down your weapon, I’m on your side.” Why did you decide to use this song as a single to launch the record, but not to put it on the album?
Because it’s important, for me, to find a real focus and balance in my records, a balance that makes sense, sonically speaking. So I had nine songs, but took out four.

Is there a connection between The Best Day, Rock n Roll Consciousness, and your work with Sonic Youth?
There’s definitely a connection, but this record also has its own, weird story. It was recorded in The Church Studios, which are in a big church in London. It was produced by Paul Epworth and mixed in Seattle by Randall Dunn, famous for his work with Sunn O))). Then I participated at the Women’s March in Washington last January, and while marching I was thinking that it’s all about honouring Mother Earth, so I decided that I wanted the record to come out in spring, as it was. That’s it. I think these new songs can be a part of the voice out there, against every laughable and mean politician we have to deal with.

The Thurston Moore Group will play Radialsystem V as part of the A L’ARME festival on Friday August 4th. 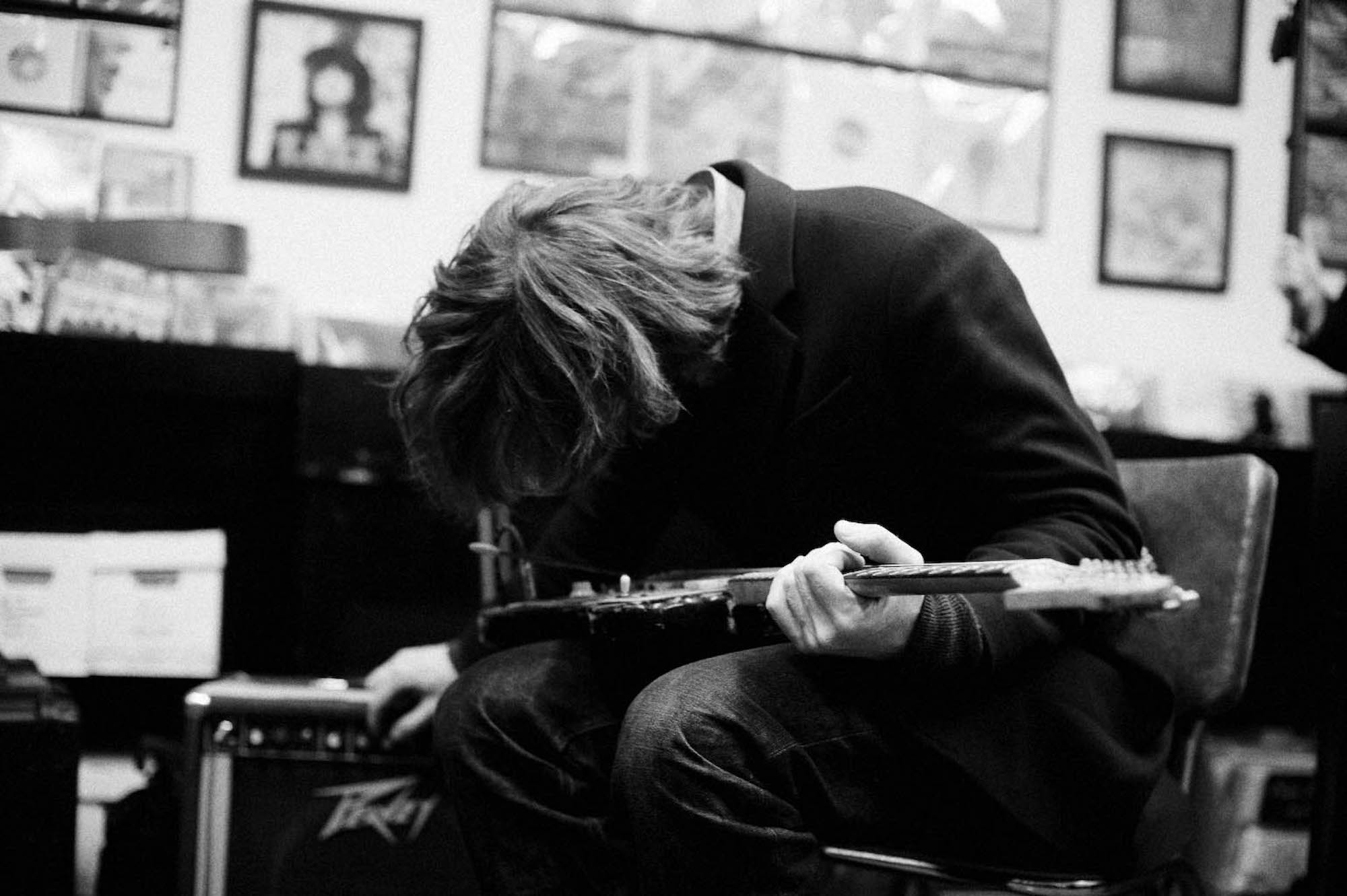