Bigger Than This Land 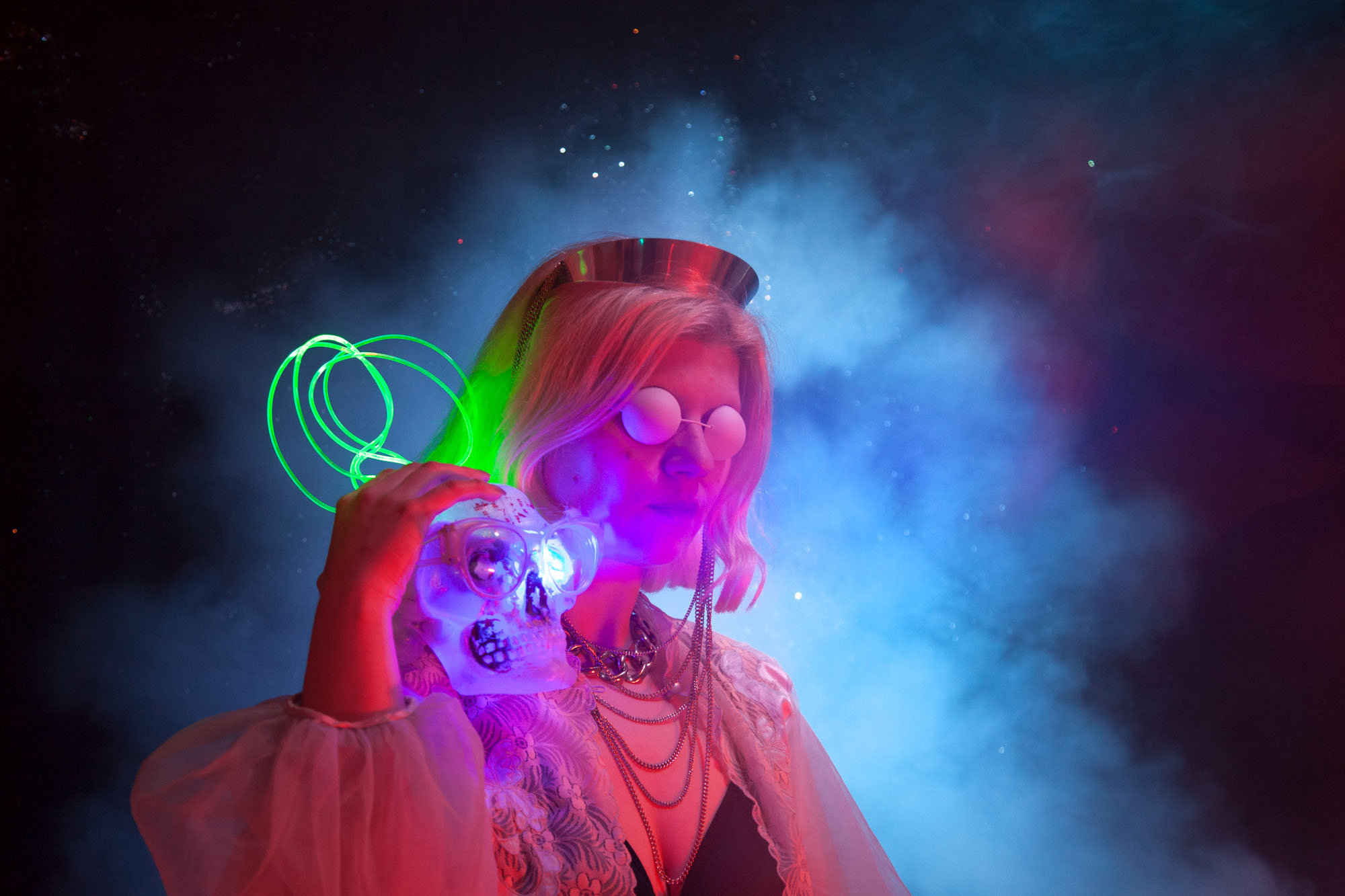 “I was born a stranger in this country’s past,” sings Mary Ocher on 2016’s video release, ‘Across Red Lines’. The song articulates the multitude, desperate stories of displaced people across the world, but this Russian-born musician has her own complex history with the terra firma.

Moving to Tel Aviv when she was five, Mary soon grew to distrust the beliefs and systems that were foisted on her in school and by the wider community. Her deep suspicion of the status quo has gone on to inspire much of her work.

In the late 2000s Berlin beckoned, and Mary arrived in a city alive with anti-establishment discourse, art-rich squats and a broad, brave music scene. A prolific career unfolded, with frequent worldwide tours and a spate of well-received releases. With her latest record, The West Against the People, Mary seeks to examine privilege, pain and the stories of the people who have no platform. The album is textured with rippling, psychedelic shades, and her timeless, voice, all expressing the traumas this most unique artist wants the world to wake up to. With an accompanying essay, and plenty of grit, Mary faces down Goliath, one track at a time. 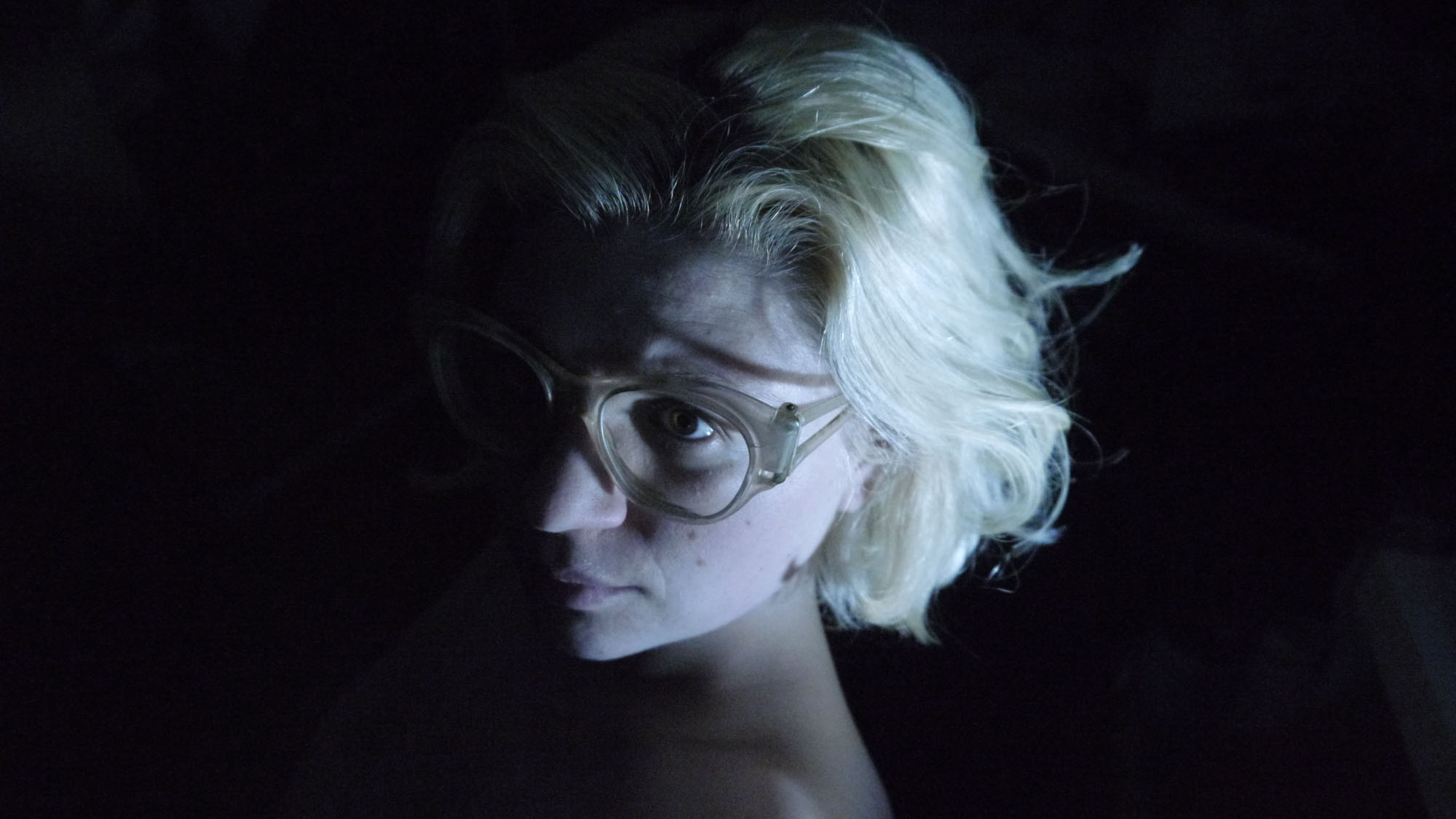 From the hymnal opening of ‘Firstling II’ there’s a gravity to the record. Did it always feel like it would turn out that way? Well, thank you. I honestly don’t know. I can’t have an objective point of view because I was involved in every little detail so it’s really hard to take a step back. There were so many people involved in making the album. It’s actually the album with the most participants I’ve ever made; I was very lucky to be able to realise it.

What was your first encounter with music? [Laughs] It’s something I’ve wanted to do since about the age of seven. When I was a kid I used to audition for musicals and such. Usually, I would try out for parts that were vocally challenging. I knew I could do it, but performance was a struggle. I had horrible stage fright for years and years. I would stand there and shake, then excuse myself and leave.

You moved to Germany from Tel Aviv almost ten years ago. What kind of signposts did Berlin give you as opposed to London or elsewhere? At that time I heard vague bits of information about how experimental the city was, how diverse the underground cultures were. When we actually got here it felt like paradise. It had everything Tel Aviv lacked. We landed in the center of left-wing culture. In Berlin, you’re constantly exposed to new people; the whole world collapsed into a snowglobe.

‘Arms’, with a video filmed in Israel featuring young military personnel, has an anthemic quality. When you finished recording was it a clear single? There was certainly no conscious decision about which songs should be singles – I’d make half the album singles if I could. ‘Arms’ was the second video that we made public. I insisted we made ‘Arms’ public early and include people in the process by making a bunch of collaborations in the form of remixes. All of the profits from the remixes were donated to a Berlin-based organisation that helps war asylum seekers, and we’ll keep forwarding the profits from it to them.

The essay you wrote. How connected to the album is it? Is it an appendix, or a sister project? There were so many subjects that I wanted to go deeper into and discuss. I want the essay to come together with the songs for people to get the bigger picture. The essay is available on the internet; anybody can access it. And it’s also going to be part of the physical record in print. If people have the patience to read it.

Thematically, the album is a challenging listen. ‘Washed Up On Your Shores’, for example, talks about drowned refugees. Does the content ever impact you emotionally? The last album that came out just a year ago was a really interesting experience because it was hardly noticed. And I thought that was the most accomplished piece I’d made at that point. It sunk and left no marks at all. The entire year was a struggle to stay visible. People would not even remember that I existed. And it’s amazing how quickly that happens. It makes you realise that it doesn’t matter how long or how hard you work, it can all be gone in a moment.

It’s a ridiculous luxury to be so incredibly removed from the bare necessities that make life up. All you really need is safety, warmth, health, bread and water, perhaps something a little less dull than bread and water, but you get the idea, right?

You can only be doing art in a society that is already satiated. Some people may say that art is just as necessary, but to make it a way of life and a job is absurd when your entire community is either starving, busy killing itself, or infested with disease. 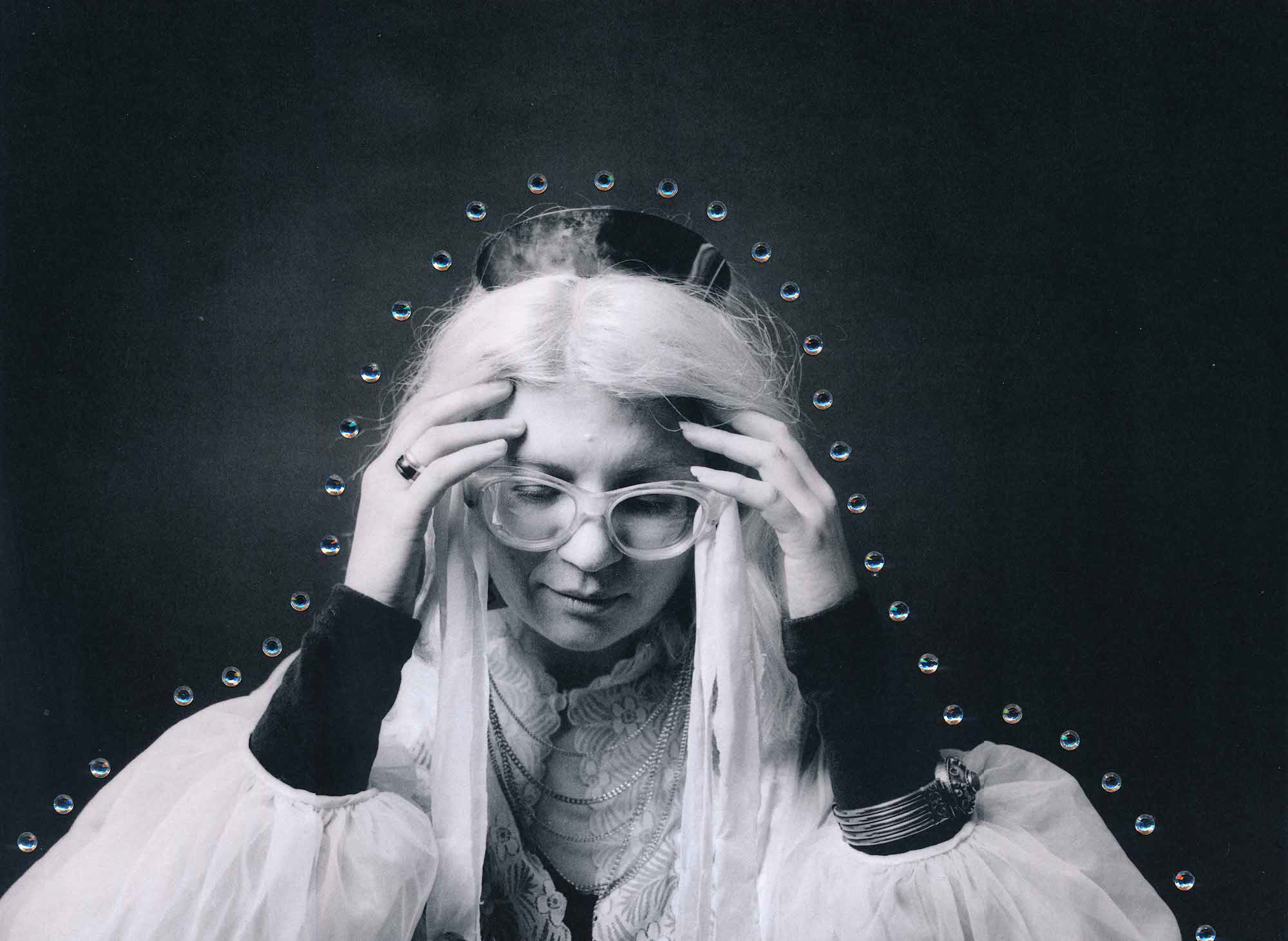 Does your work feel missionary? Well, I’m not trying to convert anybody [laughs]. I’m not trying to force anybody to think a certain way. A guy from Bild Zeitung came to the last performance which was a shock to me – them being a symbol of right-wing press. [Laughs] Even more of a shock was that he actually wrote something positive and I’m not entirely sure how I feel about it yet.

The artwork has serious religious overtones… I suppose it does. For some strange reason I am drawn to iconography. I absolutely despise religion, but at the same time I have a soft spot for certain religious symbols and find them historically and culturally interesting. It’s just the symbolism I am drawn to. There’s an element that creates a certain strength.

Will you always make music? Yes, it’s as hard as fuck but it’s the only thing I know how to do. I know people who are clearly only passionate about film or about painting, and they’re constantly being discouraged from doing that, but the moment they try to do something else they’re miserable because that’s not their calling and that’s not what they should be doing, and they know it. And it’s hard. But you have to force yourself and stick to it. It’s the only thing you know you should be doing so you should just be doing it. 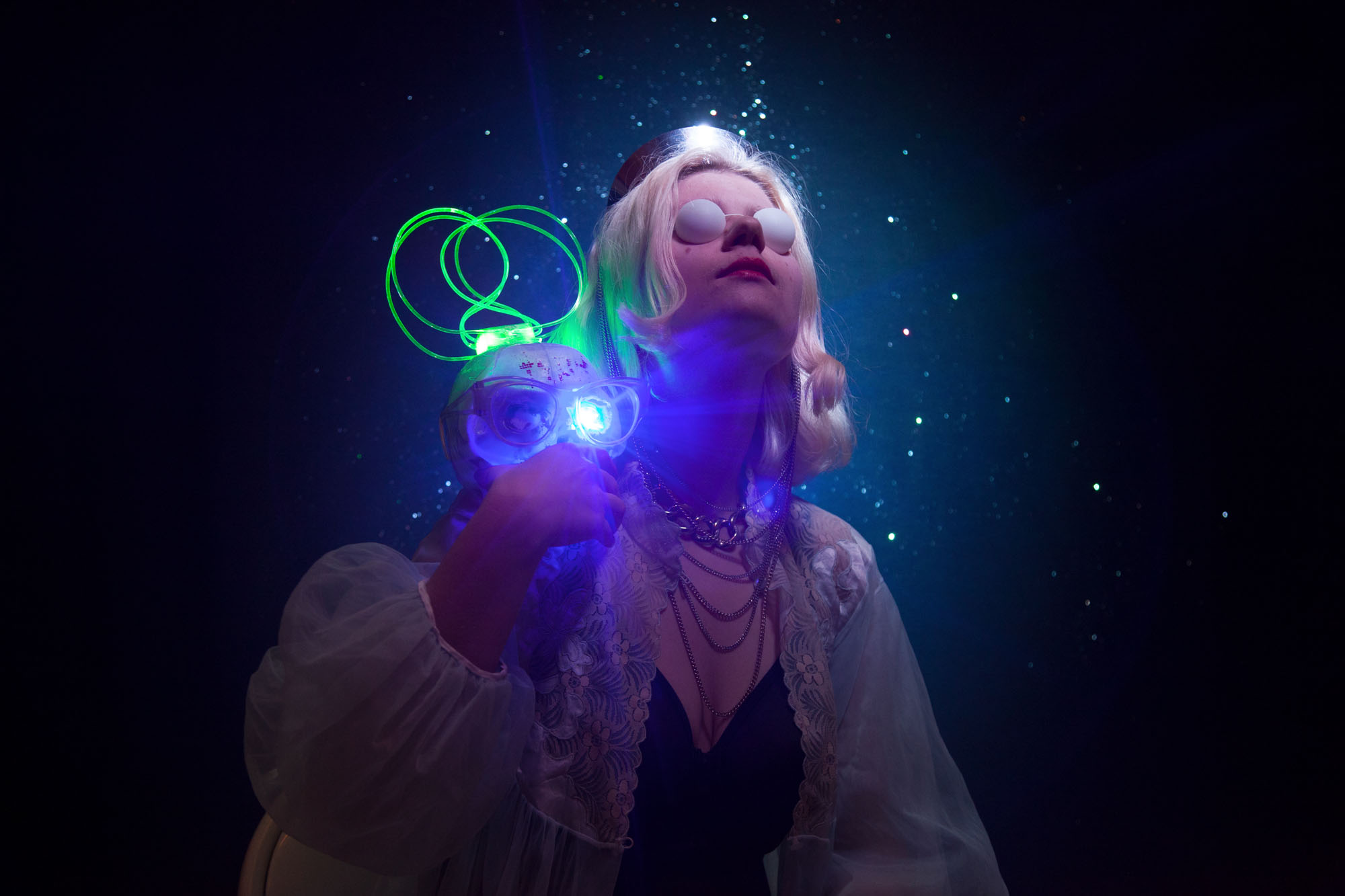 So why do it? Why make an album? [Laughs] Gosh. Well I think that the only way one can justify it is by giving a space to the things that do matter. Many of these subjects need to be exposed to vast amounts of people that are not otherwise exposed to it and the challenge is to find a way to communicate those ideas.

The West Against The People is out now on Klangbad records. Keep up to date with Mary’s upcoming gigs and happenings via her website and Facebook. 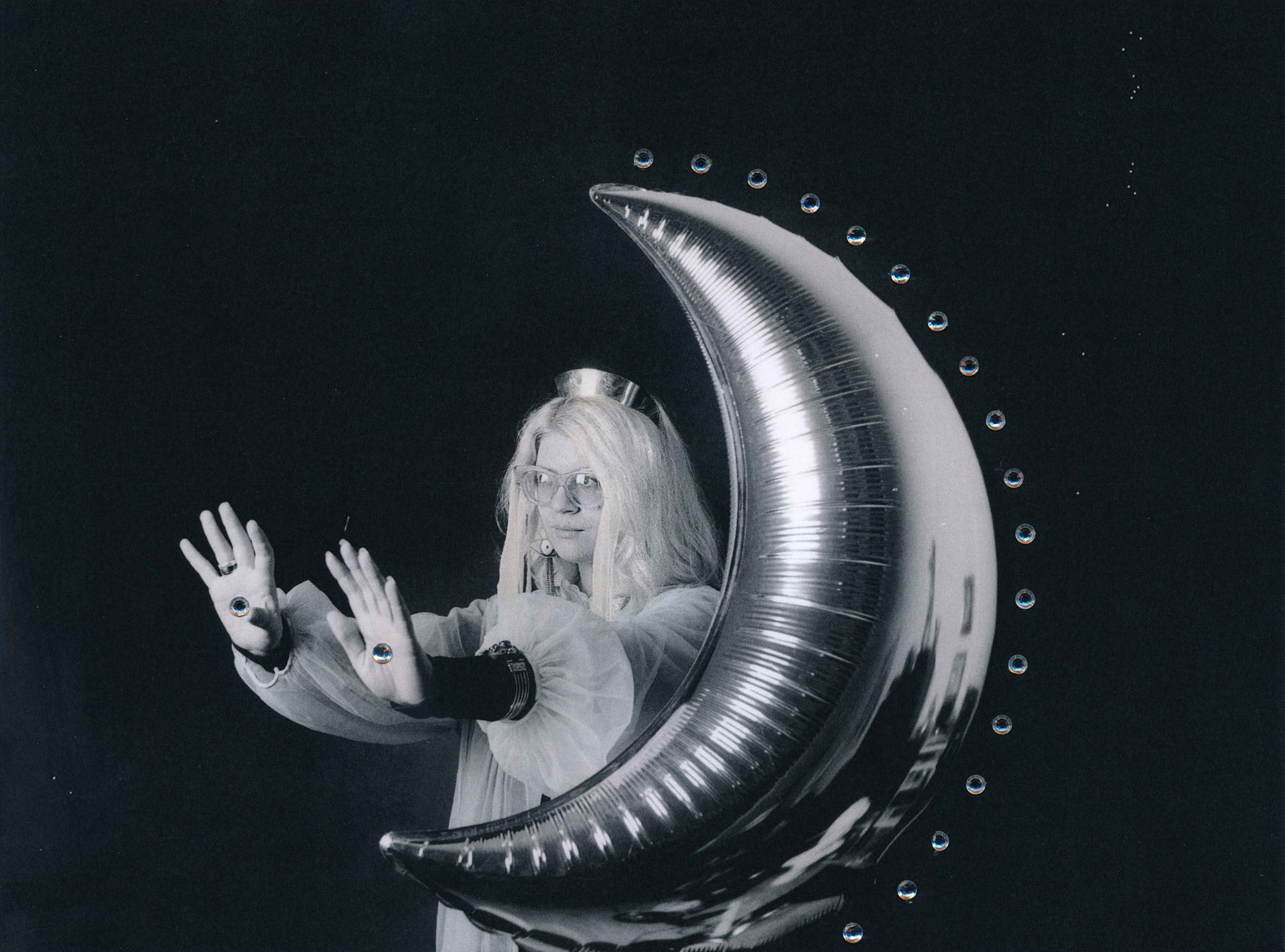