A fresh crop of sound and vision from the city

You can’t beat a good music video and that’s a fact. A five minute long movie, an open window into an artist’s world, a song in 4D – the possibilities are endless (budget permitting). We’ve rounded up some genuine bangers from Berlin below, so get stuck in and enjoy.

HYENAZ, the long running partnership of sound and movement performance artists Kathryn Fischer (aka Mad Kate) and Adrienne Teicher, create captivating performances with field-recording based audio, choreography and spectacular visual design. For seven years now they have been working on their Foreign Bodies project, exploring the “relationships of bodies in motion and bodies in resistance”. ‘Perimeter’ is their latest audio-visual work in this project, collaborating with Mmakgosi Kgabi, Martini Cherry Furter and Simon(è) Jaikiriuma Paetau to investigate what it really means to be on the edge of something, whether it be culture, identity or emotion. Musically, the work is built from cavernous rhythms that slowly hypnotize and spoken vocals distorted to the edge of discernibility, while each performer individually mesmerizes with incredible costumes and evocative performances.

After creating a name for herself DJing at parties across Warsaw, honing her craft as a regular at Berghain and recently relocating to London, VTSS isn’t slowing down. Her latest EP aims to explore the more reflective side of EBM and shapeshifting techno. ‘Goin Nuts’ is built off a powerful rhythm that’s designed to be felt more than heard, with touches of warped production, and featured artist LSDXOXO provides typically filthy vocals. The tasteful set design and immaculate styling present the video from the perspective of a voyeur, digging into expereinces of queer people of colour, constantly under observation.

‘Heartbeat of Shibuya’ is Liv Solvieg’s dedication to the iconic Tokyo district, a buzzing cross section of humanity, alive 24/7. Liv is a Norwegian-German multi-instrumentalist with a penchant for subtly complex arrangements and vivid imagery. The track hums with the delicate intimacy of Big Thief’s Adrianne Lenker – a welcoming and open invitation into the artist’s thoughts and daydreams. Using the simple set-up of a blank room and a projector, the video takes Liv on an impressionistic tour of Shibuya, brimming with colour.

Novaa is building an impressive back catalogue of lowkey but ambitious indie-pop that embraces big themes in an open, honest and accessible way, buoyed by imaginative and creative production. ‘She’s A Rose’ is Novaa’s tender dedication to the women around her, who have supported and influenced her. The song provides a clear image of the love and strength Novaa finds in these women and the minimal production envelopes her with a reflective atmosphere. The delicate choreography from Franka Marlene Foth begins by slowly centering Novaa as the song builds in intensity, drawing you to the performance of her and the talented dancers. 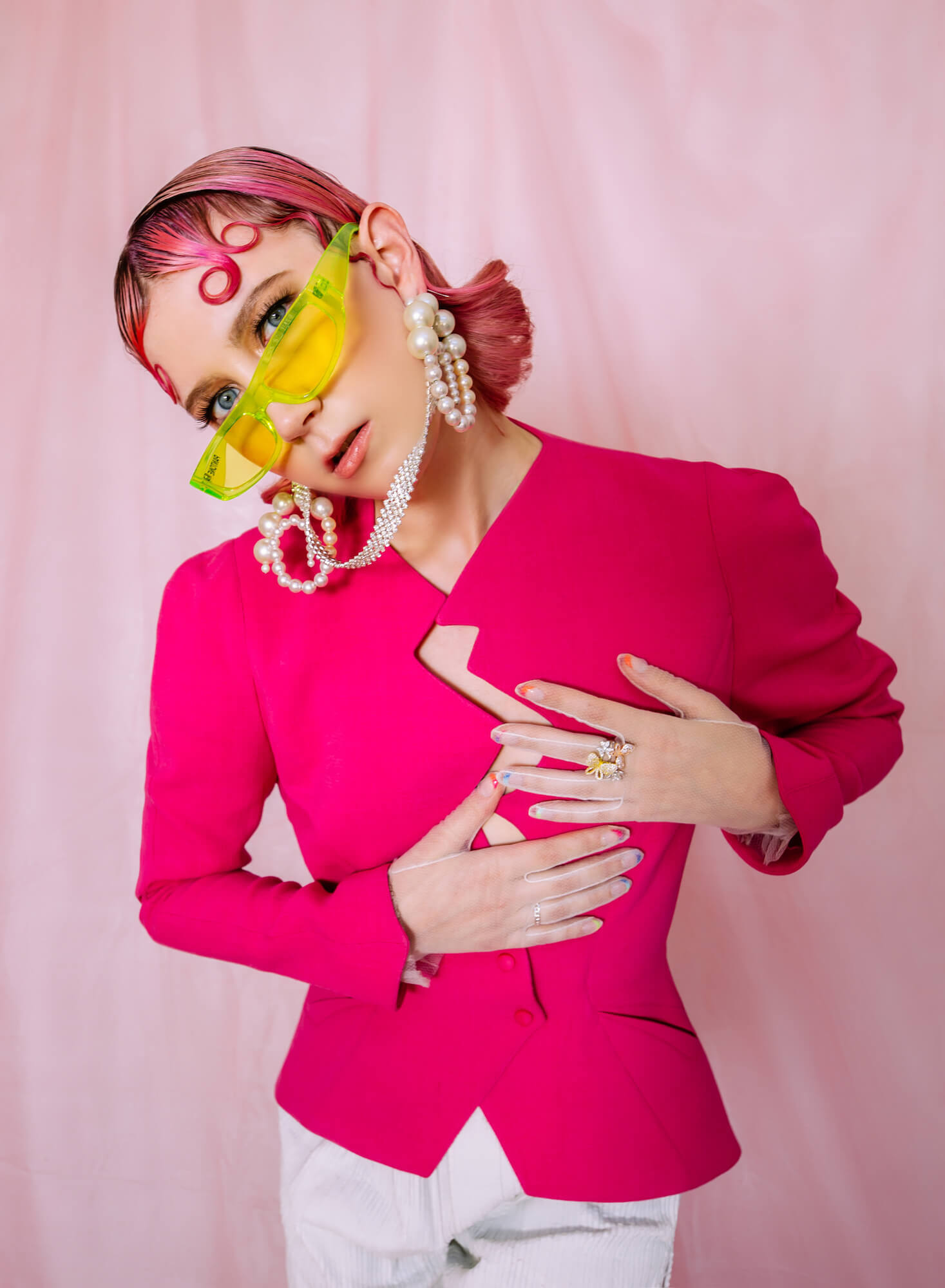 FLOSS is a fashion designer turned pop star who approaches pop with the all-encompassing mind of a designer, leaving no detail unattended. ‘Laser’ catches you with an immediately hooky earworm before fuzzy synths kick the day-glo, disco-tinged beat into focus. The single is a tried-and-true breakup song and unpacks into the ever-relatable desire to have someone wiped from your brain, Eternal Sunshine of the Spotless Mind style. The lo-fi aesthetic of the video is enhanced by the use of striking animations, complete with a jaw-dropping transformation sequence that turns FLOSS into a rollerblading superhero.

A pioneer of dub techno, Moritz von Oswald has decades of classic records under his belt, and for just over ten years now his main musical outlet has been the Mortiz von Oswald Trio. Created to explore improvised music in between the border of electronic and acoustic, the trio is formed from a revolving lineup of collaborators. This time he’s accompanied by boundary pushing electronic artist Laurel Halo and jazz percussionist Heinrich Köbberling. Edited down from extended jam sessions, ‘Chapter 4’ allows the unique talents of each collaborator to provide a wide range of sound – the tactile and organic touches of Köbberling’s groove allow the other two members to toy with unsettling tones and brief touches of noise. For the video, Rainer Kohlberger provides an abstract swirl of monochrome that visualizes the sound well. It’s a simple effect that is entirely bewitching and always in transformation.

‘Keine Termine’ marks Fritzi Ernst’s return to music and the launch of her solo career after the break up of her band Schnipo Schranke in 2019. It is an exciting comeback and the single does not disappoint. ‘Keine Termine’ is a celebration of the freedom that comes with having no plans and no place to be, and the jaunty piano and rattling percussion drive home Fritzi Ernst’s floating melody. The dynamic video catches her in the midst of a well-coordinated workout routine and is a joyful look at living life on your own time.

CALMDOWN is the one-woman project of Elisa-Irini Vidalis. Her latest release is the second in her ‘Prisoner K’ trilogy, so if you’re any kind of completionist you should probably watch the first part before you watch this one. ‘Blind’ is also notable for being two tracks in one – the video opens and closes with an ecstatic Drum and Bass remix from Thëar. Sandwiched in the middle is Elisa’s ethereal track, which is a potent combination of slow, booming drums, her stunning vocal range and the solemn crackle of vinyl looping. The video features Elisa’s own solo performance on a circus stage and is equal parts moving and unsettling. 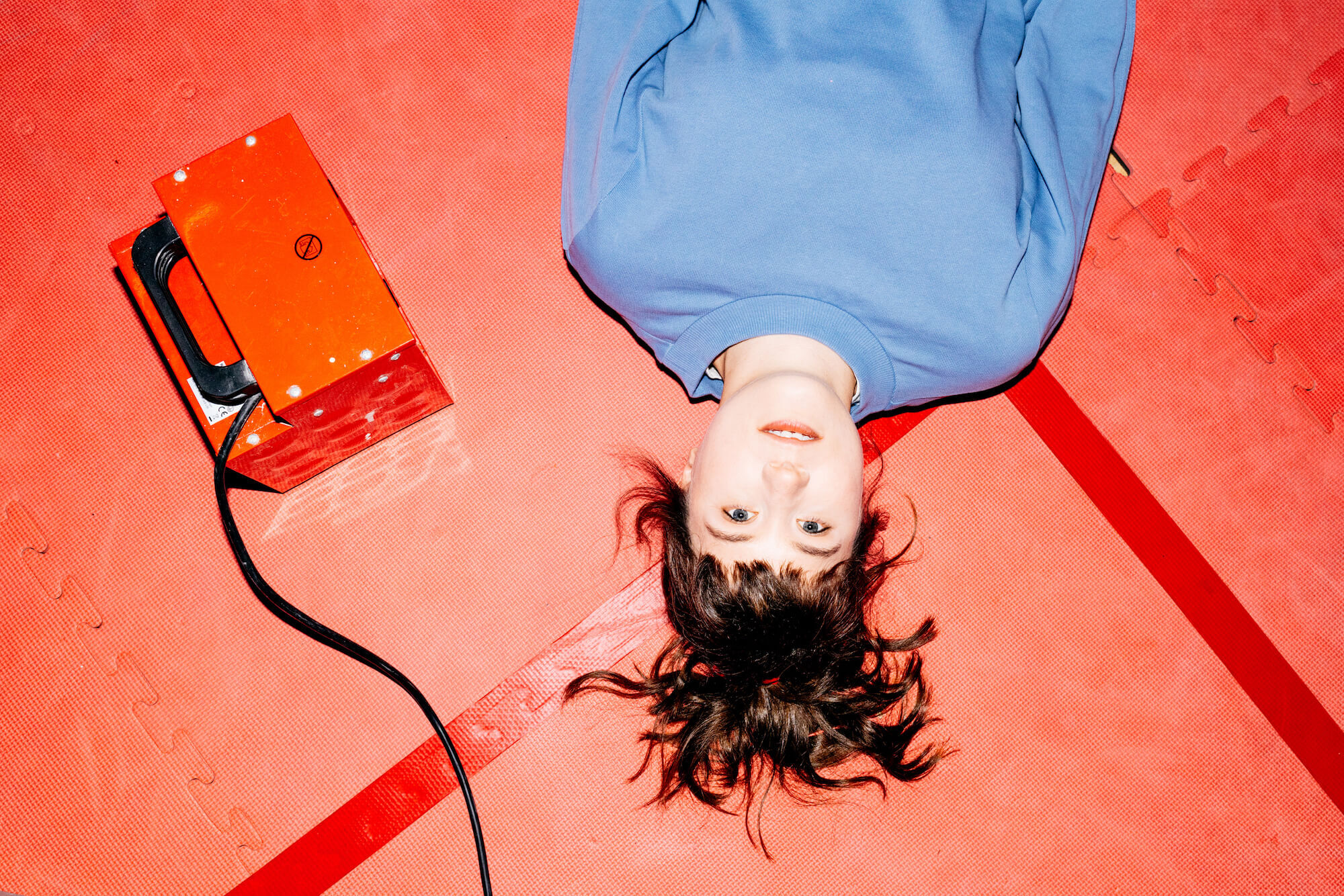