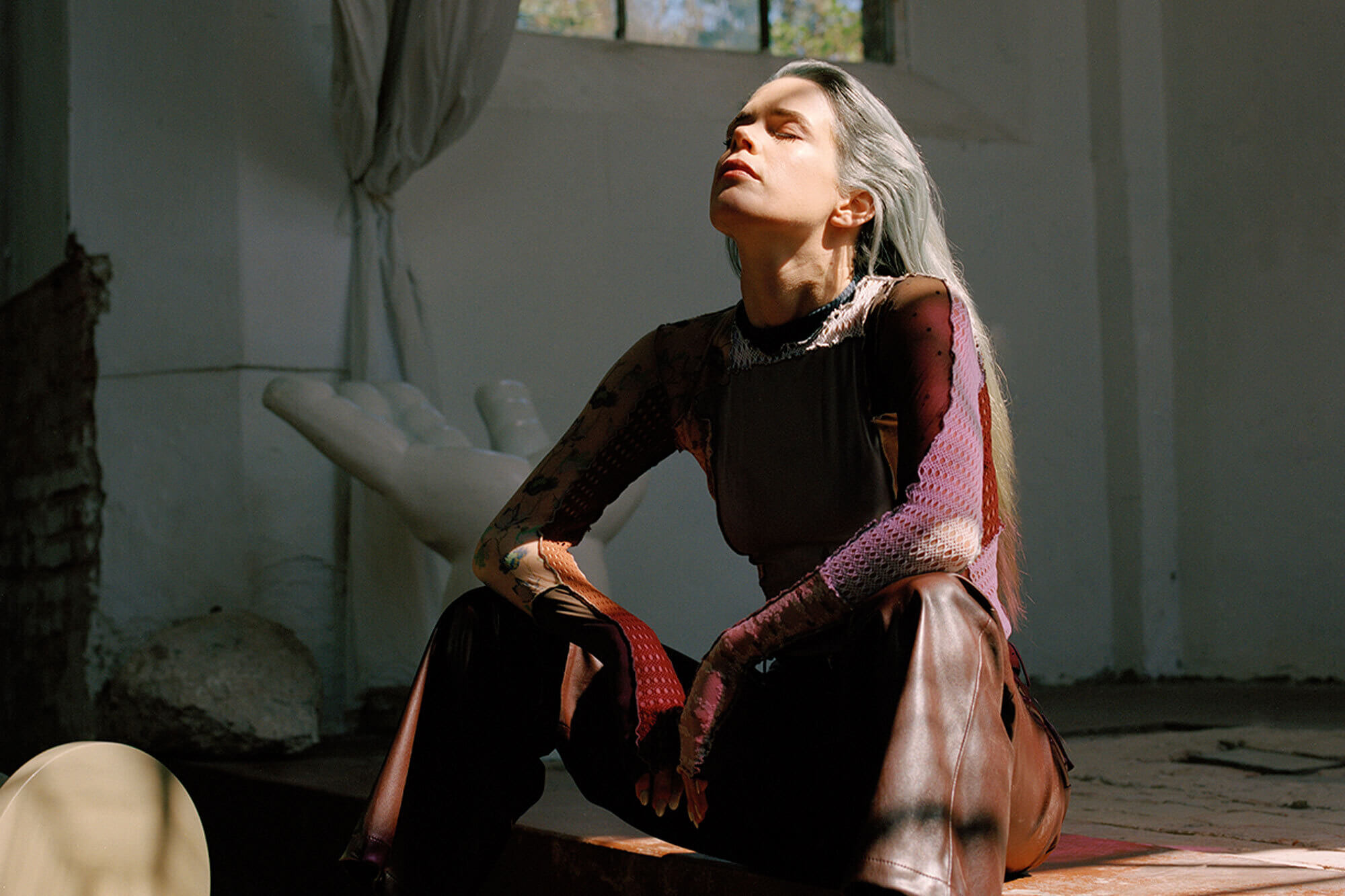 As we all know, music videos are really just the visual manifestation of our desire to lay bare the ontological nature of all human artistry. Or maybe not. Maybe it’s just what happens when great artists collaborate. Well, we’ve got eight of those lined up for you below, and they’re all pretty special. Dig in and enjoy.

Magic Island’s latest single shows her branching out from her lo-fi origins and stepping confidently into a luscious and spacious night sky, bringing intimate vocals to match. ‘So Wrong’s’ production is both sombre and delicate, overlaid with the breakup voice notes of an ex-boyfriend. Inspired by classic 90s R&B, the single is a love song with a slight edge. The video, made by creative directors Sebastian Lyman and Elena Peters-Arnolds, is atmospheric and full of shadows, depicting a nighttime excursion into Neükolln-noir. The video’s saturated colours press up against the dark and grimy to create a glamorous lustre.

Albertine Sarges’ recipe for keeping indie rock fresh involves a tasteful sprinkling of tight, sparse post-punk loops mixed with approximately three cups full of compelling melodies. In ‘Oh My Love’, Albertine ponders the faded ache of heartbreak, while offering her own love letter to her lifelong hangout, Kottbusser Tor. Lo Selbo’s video focuses on a late-night amble through the square in all of its buzzing glory. Our connections to long-gone loves may only weaken with time, but our ties to the places where we grew up only grow stronger with each year.

Enjoy this little taste of sugar-coated melancholy from John Moods, a current member of indie-pop faves Fenster, as he follows up his solo debut in 2018. ‘So Sweet So Nice’ sounds like a forgotten slice of AM pop that’s spent the last 40 years sat outside, warping in the sun. The music video traces John spending a carefree day roaming across town, shopping for a suit, smelling flowers, and joining a game of pick-up basketball before eventually encountering himself as an old man. It ends on a surprisingly moving note, as John seemingly attends the funeral of his aged counterpart. Noémie Natcher and Pacôme Henry joyfully evoke the fragile romance of life.

Producer and DJ el niño diablo brings us another sheening and whirring slice of meditative club magic. ‘Shadow Dancer’, the lead single of a new EP, is a subtle shape-shifter, flicking through sounds with flashes of dark hued colours. Adam Munnings’ video is an ode to clubs and all their futuristic freedoms, reveling in a pleasure-seeking spirit that is tinged with a stinging nostalgia. It may seem like a long-gone memory now, but el niño diablo has brought us one step closer to being back in the mix.

Listening to Marlene Stark’s music means crossing dimensions and taking a step into her miniature universe – her insistent EBM rhythms and almost unintelligible vocals slowly contort like puddles of syrup. ‘Language Of Old Woman’, a track from Stark’s 2020 LP ‘Hyäne’, has just been paired with a brain-warping video from Moritz Freudenberg. The video meshes human physicality with twisted computer chaos as a distorted Stark drifts through eerie digital spaces,  teetering uncannily between humour and horror. The effect is mesmerising, and more than a little disconcerting.

In ‘Pain’, Kat Koan tackles a heavy subject with care and nuance. Koan uses the song to tenderly discuss her own experience with postnatal depression following the birth of her daughter. Her unflinching vocals are a commanding presence paired with the cinematic trip hop production. Koan’s channeled experience is reflected vividly in Patrick Tichy’s video features aerial artist Lady Lee providing a painterly accompaniment to Koan’s emotional depth, grounding it in human motion.

Frankfurt-based producer Lauer links up with Berlin’s own Dena for a radiant summer tune off his upcoming LP, ‘Answers 2 Trouble’. The track anchors Dena’s breezy melody in the buoyant chugging of Lauer’s synths, perfect for driving off into a pastel-tinted sunset. Tobias Becker’s video takes place inside a 90s desktop PC in all its glory, complete with MS Paint, Solitaire, and pop-up windows. Dena steals the screen with a joyful performance, while Lauer commits to his role as an era-appropriate one-man band. Dedicated to preserving those moments of warm sunlight on your face, ‘Make It Stay’ captures summer freedom at its most potent. If Spring wasn’t already on your mind, it is now.

If you’re feeling like embracing the last of your winter blues, Freddie Dickson has the song for you. Invoking the sombre splendor of Nick Cave and Sharon Von Etten, Dickson’s confessional songwriting creates a fog-like atmosphere, his downhearted vocals slowly slipping into murky instrumentation. The simple but effective video is directed by Merle Sibbel and Freddie himself. Featuring a cast of characters who are each centered in their own individual spotlight alongside hazy footage of the city, the overwhelming impression is one of shared loneliness and late-night contemplation. 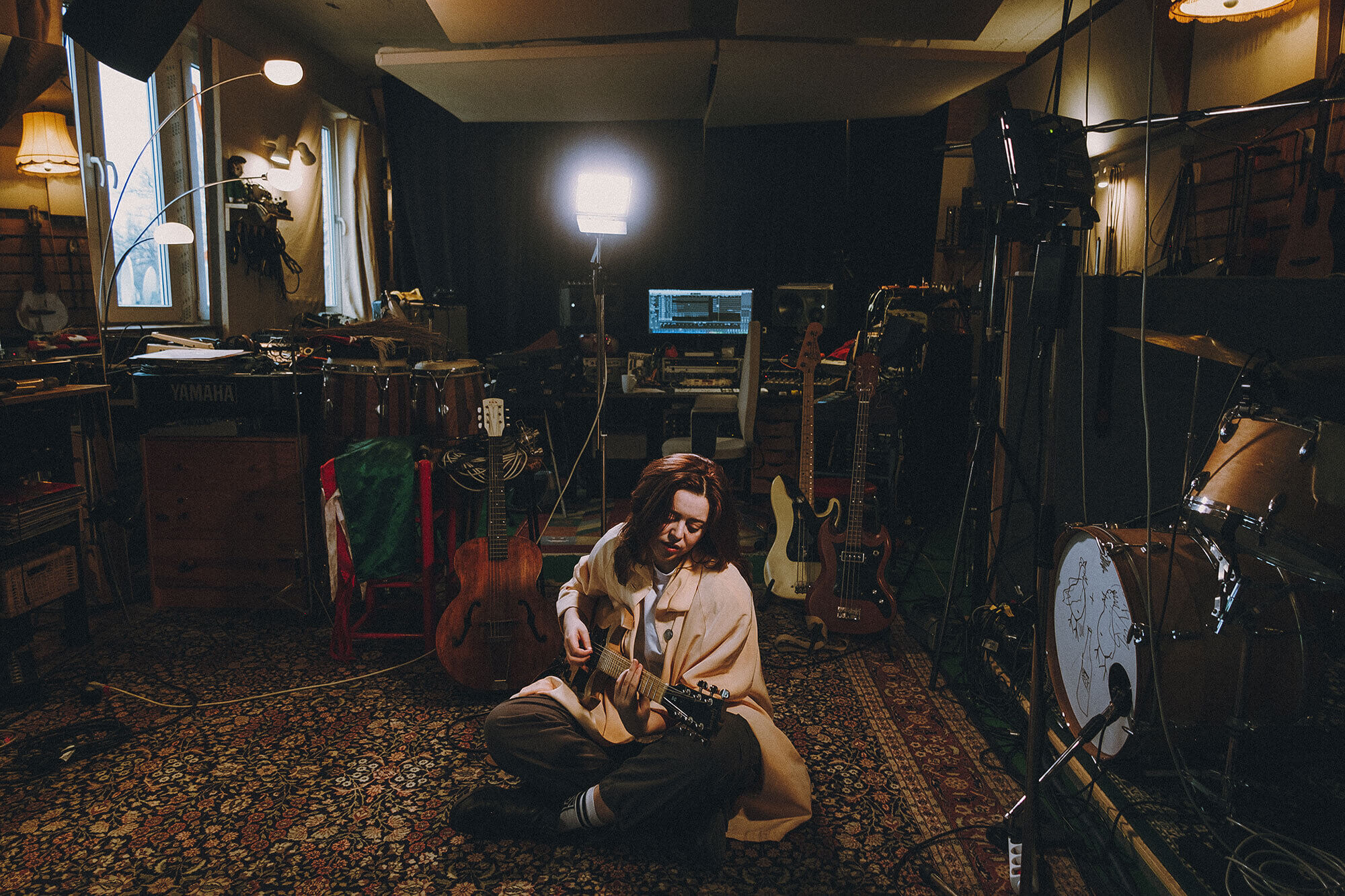