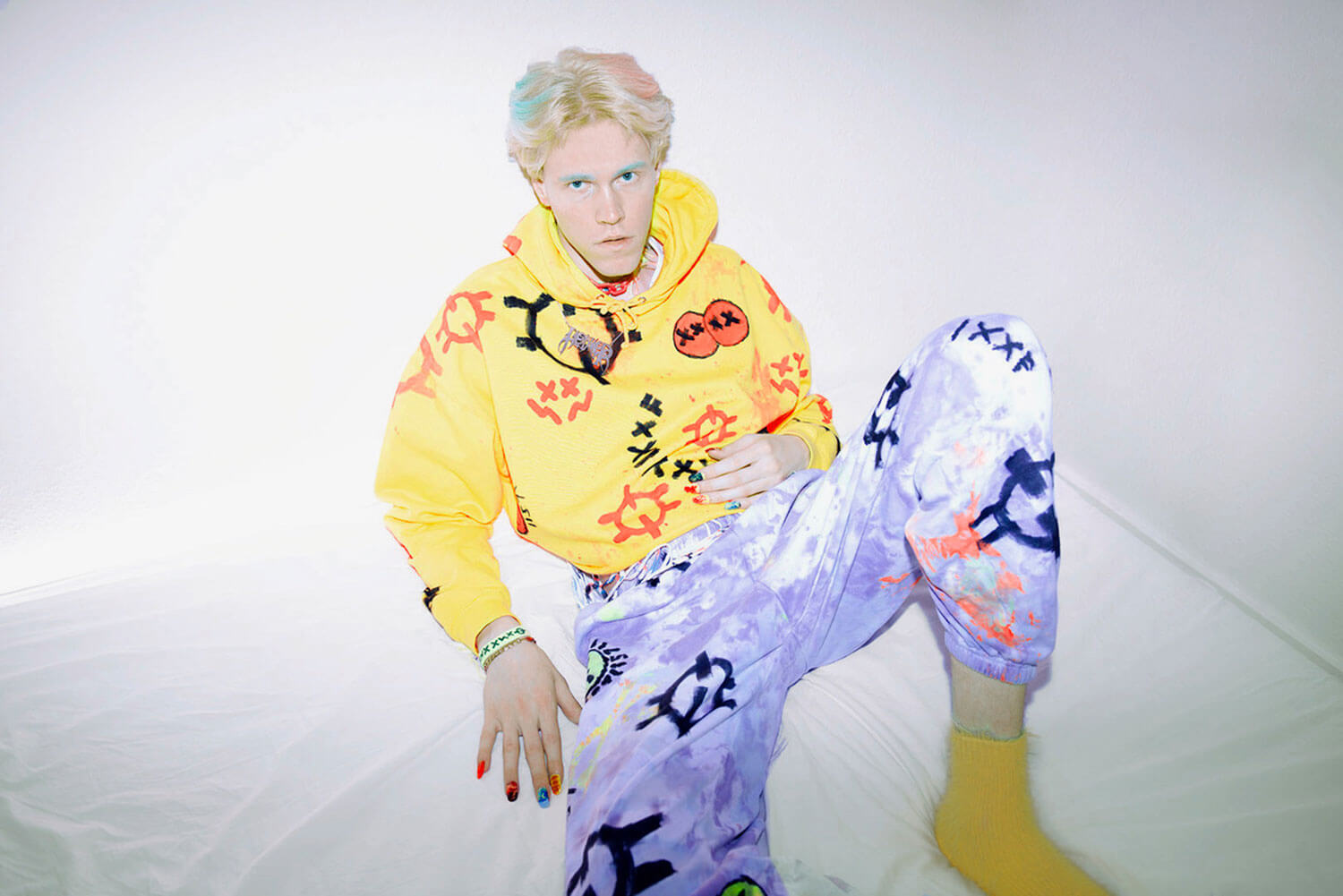 Here is another selection of recent ear-massaging, brain-stimulating, eyeball-nourishing video treats put together by Berlin artists. Overflowing with creativity and originality, they are just begging for you to click play. We love them, you will too.

The Bug, a.k.a Kevin Martin, has been innovating at the intersection of dub, noise, and dancehall for three decades now. ‘You’ is the first single with his latest collaborator, Dis Fig, Berlin resident Felicia Chen, who laid claim to her own emotive blend of industrial noise and delicate drone with her acclaimed debut album in 2019, ’Purge’. A perfect match made somewhere deep below the ocean, their combined talents have produced an explosively murky take on 90’s trip-hop. Chen’s haunting vocals creep just below the surface of Martin’s dense rhythms, which tremble underneath the weight of a thunderous glacier. Sander Houtkruijer’s mesmerizing video wraps Chen in the song’s thick, intoxicating atmosphere with a simple but powerful visual style and potent performance.

KADAVAR are an atmospheric rock band dealing in timeless psychedelia, and they’re shooting for the cosmos in their newest single. ‘Eternal Light’ appears in a mist of swirling synths and reverb before launching into a slow, joyful build towards infinity, featuring expansive Fleet Foxes-esque harmonies. The video, directed by Victor Puigcerver, expands on KADAVAR’s 70’s touchstones, opening a window into a pastel-tinged retro-future, filled with shimmering mirrors and kaleidoscopic crystals. KADAVAR’s sincerity is addictive, and it’s easy to lose yourself in their delicate pastures.

Strand Child sound like the beginning of a long, teenage summer; you’ve got plenty to worry about, but you’ve also got the beach, your friends, and a whole lot of free time. ‘Momentum’ kicks off with a bang and doesn’t let up, continuing onward with burning bright riffs, sticky hooks, and bold, heart-on-your-sleeve emotions that fill the room. This live version of the track is the perfect vessel for the band’s charm. Their enthusiasm for playing together fills the practice room, and the result is infectious and life-affirming.

IXXF is the sound of unapologetic youth in 2020: loud, catchy, glitched-out, punk-tinged, and genre-shredding. Hovering in-between the hyperpop pioneers of PC Music and emo-trap experimentalist Bladee, IXXF’s distorted vocals whine and wheeze with assurance, sounding completely at home over the metallic implosion of a beat. Ksti Hu’s video models itself off of a live instagram video, complete with spiteful and irrelevant viewer comments, as IXXF and Catnapp dominate the vertical screen, committing 100% to their performances as they slip in and out of terrifying 3D emoji masks.

Nothing says autumn quite like a sparse piano ballad, and CATT has provided a brilliantly soothing track. A singer-songwriter in the classical sense, CATT sketches with traditional instruments and produces spright and calming pop songs. The subtly surreal video from Michèl Martins Almeida also fits the autumn vibe – a soft, daliesque tableau set in a field of yellowing grass. Both the video and the song feel reassuringly out of time, and the effect that CATT’s staggering voice leaves is an immediate sense of tranquility.

Another urgent and soulful offering from the powerhouse team of Mark Reeder and Alanas Chosnau. Mark is a certified Berlin legend and the semi-invisible hand behind decades worth of game-changing music, while Alanas is one of the most celebrated artists in Lithuania. A new mix of a track from the duo’s ‘Children of Nature’ album, ‘Heavy Rainfall’ is tense and pounding, and the driving mix elevates Alanas’ emotive vocals. Aleksandras Brokas’ video positions a passionate Alanas at the centre of a visual collage of industry. Clean-cut steel smoothly interlocks and revolves with precision and power – a reassembling of the machines that make our world tick.

Kenichi & The Sun is Katrin Hahner‘s newly emerged persona; an evolution of her previous project, Miss Kenichi. ‘If Loved’ is a woozy, meditative track built on robust foundations of humming bass and theatrical strings. Hahner’s voice is clear and keen, gliding with razor-edged precision without sacrificing spirit and soul. The video, directed by Adrian Künzel and Hahner herself, is filled with personality, featuring free and joyful choreography from Hahner and a vertical phone video that adds an intimate first-person perspective.