Behind The Iron Curtis 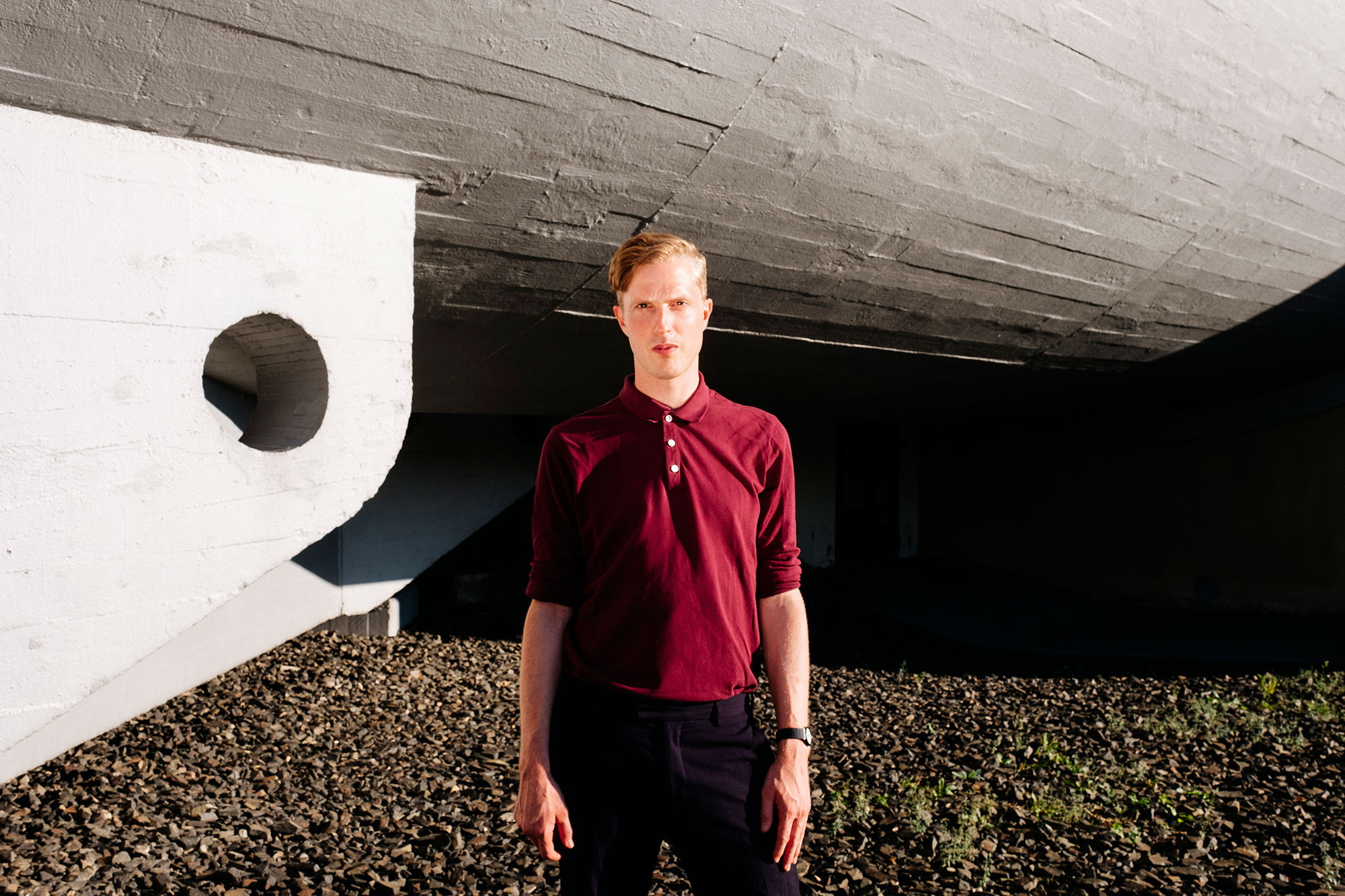 Johannes Paluka, aka Iron Curtis, presents his most personal and sophisticated body of work to date, fully giving way to his versatility and disregarding the boundaries of the creative process.

A celebrated artist with multiple aliases – you might have heard of him as Achterbahn d’Amour, SMPL or Moon – Johannes naturally travels across styles, influences and emotions. His second album, Upstream Colour, was recently released on Ripperton’s Tamed Musiq. It’s a record that conveys a truly personal journey, complex in its emotions and soulfulness, offering a wide frame for interpretations. The album is an invitation to follow the personal journey of a man driven by his emotions, who stands out from categorization. 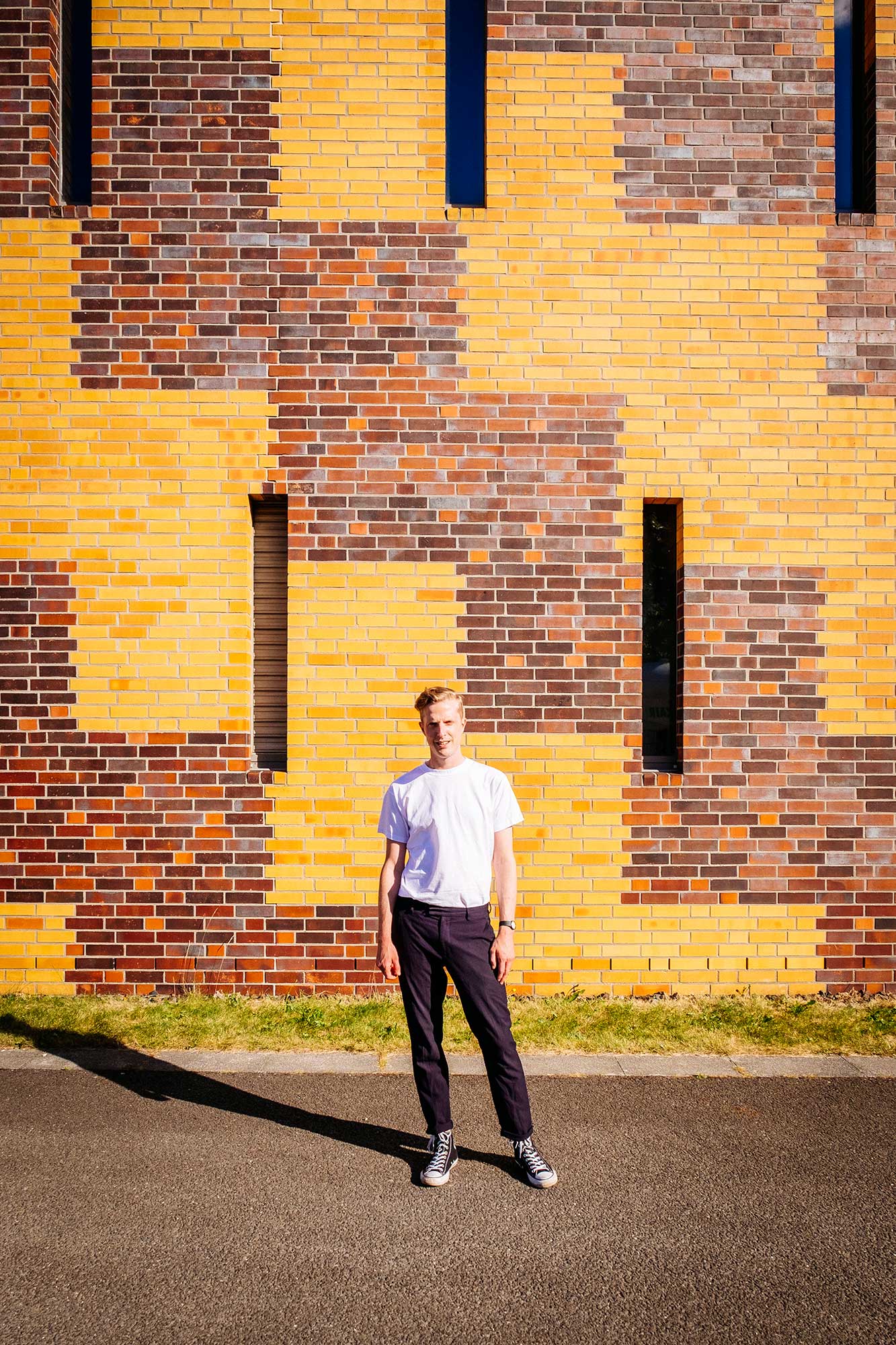 Johannes, you took almost a year and a half to gather a coherent track selection for your first album Soft Wide Waistband. Was it a similar process for Upstream Colour? Based on its cinematic reference and the fluidity behind its musical narration, one has the feeling that the tracks were produced with the aim to be presented together.
Upstream Colour came together way quicker than the first album. While on Soft Wide Waistband, I worked with ideas and sketches I had collected over the course of a couple of years, Upstream Colour was a process of only 3 to 4 month in which I wrote all of the music in one go. I had the album name in mind and collected a first bunch of sketches and already knew that these would go well together. I was in a hyper-productive, slightly maniac state and pumped out idea after idea. Of course, I made edits and changed some of the tracks after this 3-4 month period, but the core of the album came together in this time. Retrospectively, I realised how much I exhausted myself during this process: I went from my day job straight to the studio, sometimes stayed there all night, went back to work and played gigs on the weekend. But apparently, it had to happen this way.

I was in a hyper-productive, slightly maniac state and pumped out idea after idea.

So telling a story doesn’t seem to be on the top of your preoccupations while you are producing, but don’t you see there an essential element for an album to increase the way its received and how well the audience understands it?
I think storytelling is important but should not be overrated. I mean, it is great to listen to an album from start to finish and notice that the artist wants to tell you something. But these days I feel that people generally have a shorter attention span. I realised that my listening habits also changed: I rarely listen to an album from start to finish, I would skip tracks or only listen to a handful of tracks of an album on repeat. So storytelling for me needs to happen within a track. A series of tracks – which could then form an album – would need to have a certain feel and atmosphere that connects them. I wouldn’t say that Upstream Colour tells a story, but it transports that very feeling.

Do you think that the way others appreciate your music has an influence on your creativity and artistic choices?
Applause is what artists live for – even though most of them won’t admit that they do. Any artist out there is grateful if their stuff resonates with others and gets appreciated. However, I never made artistic choices based on the feedback I got. I could have produced another round of tracks similar to ‘Friday Night’ or ‘Pumping Velvet’ – just because they caused a bit of a buzz back then. But I never did… or did I? Or should I have…I don’t know. 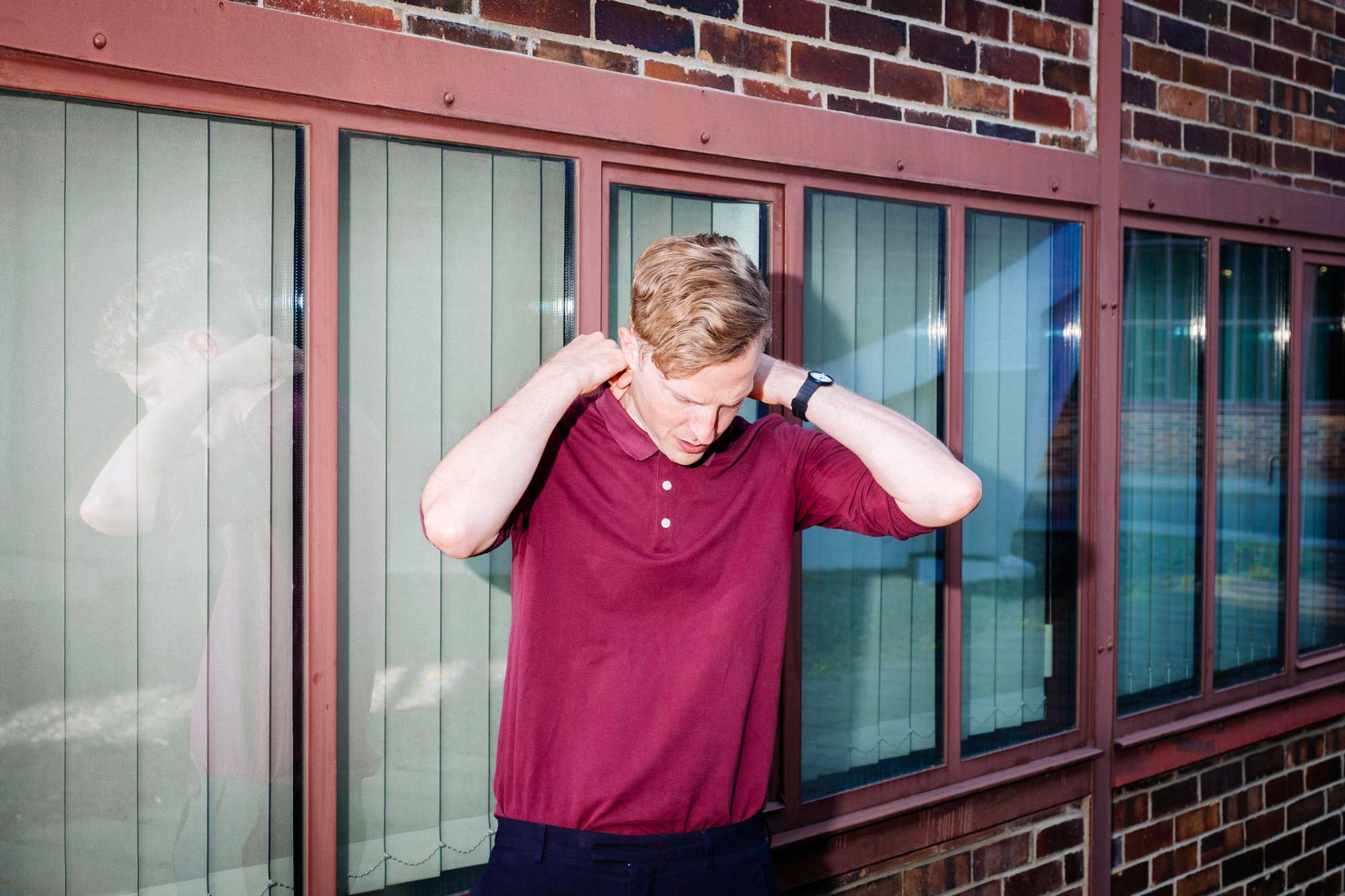 Have you ever been confronted with someone’s personal interpretation of your work that you found surprising? How far it was from your original intention?
Well, the first thing that comes to my mind is a Youtube video that someone made for one of my first ever released tracks (‘Solgerhood’). They used footage of super commercial EDM-styled parties. With bottle service, table dance and all that madness. I still hope to date that they meant it ironically, as the feeling and idea I had of this track could not be of greater contrast to the pictures in that video. I find it fascinating when people try to describe what I do. I read reviews and be like: Wow, this is what you hear in it? But since my music is not rocket science, you can’t go wrong: If you hear this in my music, well then it is as it is.

The atmosphere on the album is particularly dreamy, and the press release references the work of David Lynch. Are you a fan of his work and where do you see the connection?
Dune, Eraserhead and – obviously – Twin Peaks are all-time favourites of mine. There is a great deal of ambiguity, vagueness and melancholiac obscurity in Lynch’s work. And this is the connection I see to my music. In his movies, things are not too obvious in the first place and the longer you watch the movie the clearer but also obscurer it gets. I wouldn’t say that my Iron Curtis outfit produces obscure music. But at least I like to use elements in my music that cause tension. I would use layers of sound in order to make the actual source unclear. So, yeah, I like film as a medium a lot and there are countless other directors whose work have inspired me. The title of the new album is a direct reference to Shane Carruth’s film of the same name. A movie that I’ve seen right before the album process started and whose aesthetic and atmosphere touched me greatly.

The Shane Carruth film you are referring to tells the story of a man and a woman in search of identity within a destabilising environment, struggling between illusions and fatalism. From my own perspective and interpretation of your discography as Iron Curtis, two specific emotions stood out: melancholy and hope.
Well, you nailed it. It’s the spectrum between despair and hope. And melancholy sits slap bang in the middle. I carry a good amount of Weltschmerz in me and I can say that I’m the rather romantic type. I suffered from severe burnout depression and a broken heart. The latter – and certainly I’m not the first artist to say so – had a massive impact on my music.

Do you see music as an outlet that supports us in our everyday life?
Absolutely! I can’t imagine how my life would be without this outlet. 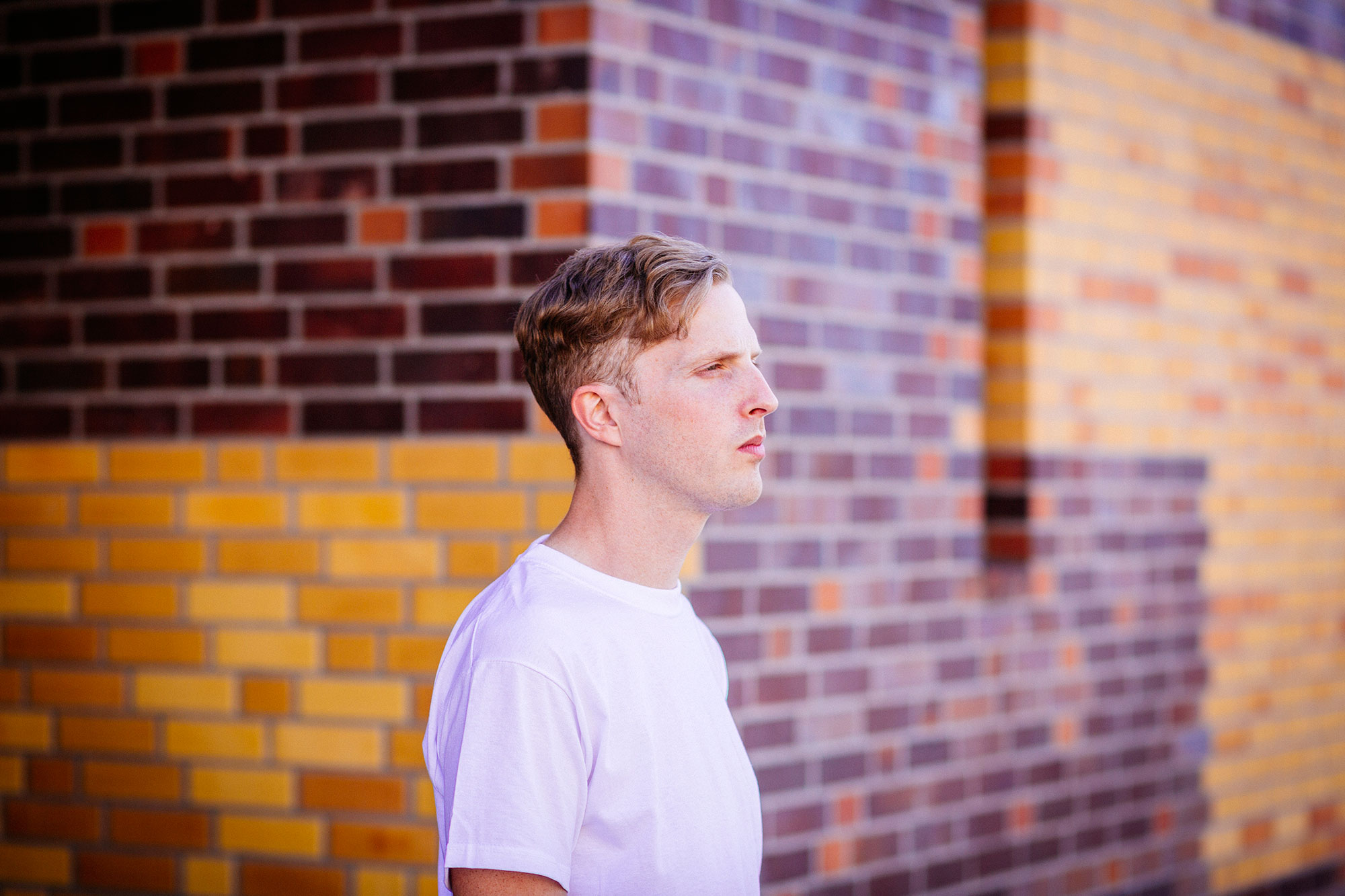 Some of your other projects, such as your collaboration with Jürgen Albert as Achterbahn D’Amour, focus more on acid/electro. Do you mostly start your collaborations with the intention of doing a specific style, in this case with acid?
I think we didn’t have a clear vision of what we wanted to do when we started to make music together. We played records and organised parties together for many years and so we got to know each other quite well. Jürgen’s taste in music was highly influential on me but I think we influenced each other as I brought other stuff to the table. We just tried things out and ended up with the sound that should then define our Achterbahn D’Amour project by chance. I wouldn’t say that it was a specific exercise of style, but simply hanging out with a close friend which resulted in a great chunk of music. Certainly, there is a good amount of acid references and a prominent use of SH-101 and TB.303 sounds in our music. But overall, we tried not to limit ourselves to one particular genre. Actually, we tried to avoid to walk right into the trap that was making typical acid house music. And I hope that one can hear this, e.g. on ‘Odd Movements’, our album on Acid Test, which I still consider some of the best music I have ever written.

Are you currently working on any new music with Achterbahn d’Amour?
I wish I could say that there is a new release scheduled but Jürgen and I decided to put our music making on hiatus.

And what about SMPL with Leaves?
Regarding Leaves, he is in excellent form at the moment and is working on a bunch of solo releases. We put out a couple of remixes in the past year and  will certainly release new original SMPL material – we just haven’t found the right time and label yet.

This switching between projects and aliases helps me to keep the music making fresh and interesting.

You’ve also released music under your birth name. How do you choose the alias under which a project should be released?
I always had this dream of a discogs page filled with an arm long list of aliases. If I had the time and resources, there would be countless projects out there with a whole lot of different styles and music – just done by me, myself and I. I have so many different artist personas in my head and formed imaginary bands and projects ever since I started making music. They would even collaborate with each other, remix each other. I never was too concerned about which project to release which music. Recently however, I tried to bring back the focus on Iron Curtis and so I had to limit the output of the others. But there’ll be times where it might be the other way round. This switching between projects and aliases helps me to keep the music making fresh and interesting.

In general, how does having all these different aliases/projects make you feel with regards to your main project? It feels almost like a sort of artistic schizophrenia that provides the ability to explore a maximum of emotions and sounds…
Exactly. This gives me the freedom to do what I like. “Iron Curtis” also started as one of these side projects where I had a certain sound in mind. I put on the Iron Curtis hat and then produce music that Iron Curtis would make. For me this is the ideal state of mind to be in in the studio. This gives me the freedom to do whatever I like – because it is the artist persona that does the music and not directly me, Johannes Paluka. But of course, this separation never works. Upstream Colour is a good example for that. I think my (booking) agency wasn’t always too happy about my crossover approach. Simply because it makes things harder to present to the outside world. But as Iron Curtis remained my main outfit ever since, I think I found a good balance.

Iron Curtis will play at About Blank on January 19th. You can follow him on Facebook, SoundCloud, and listen to Upstream Colour here. 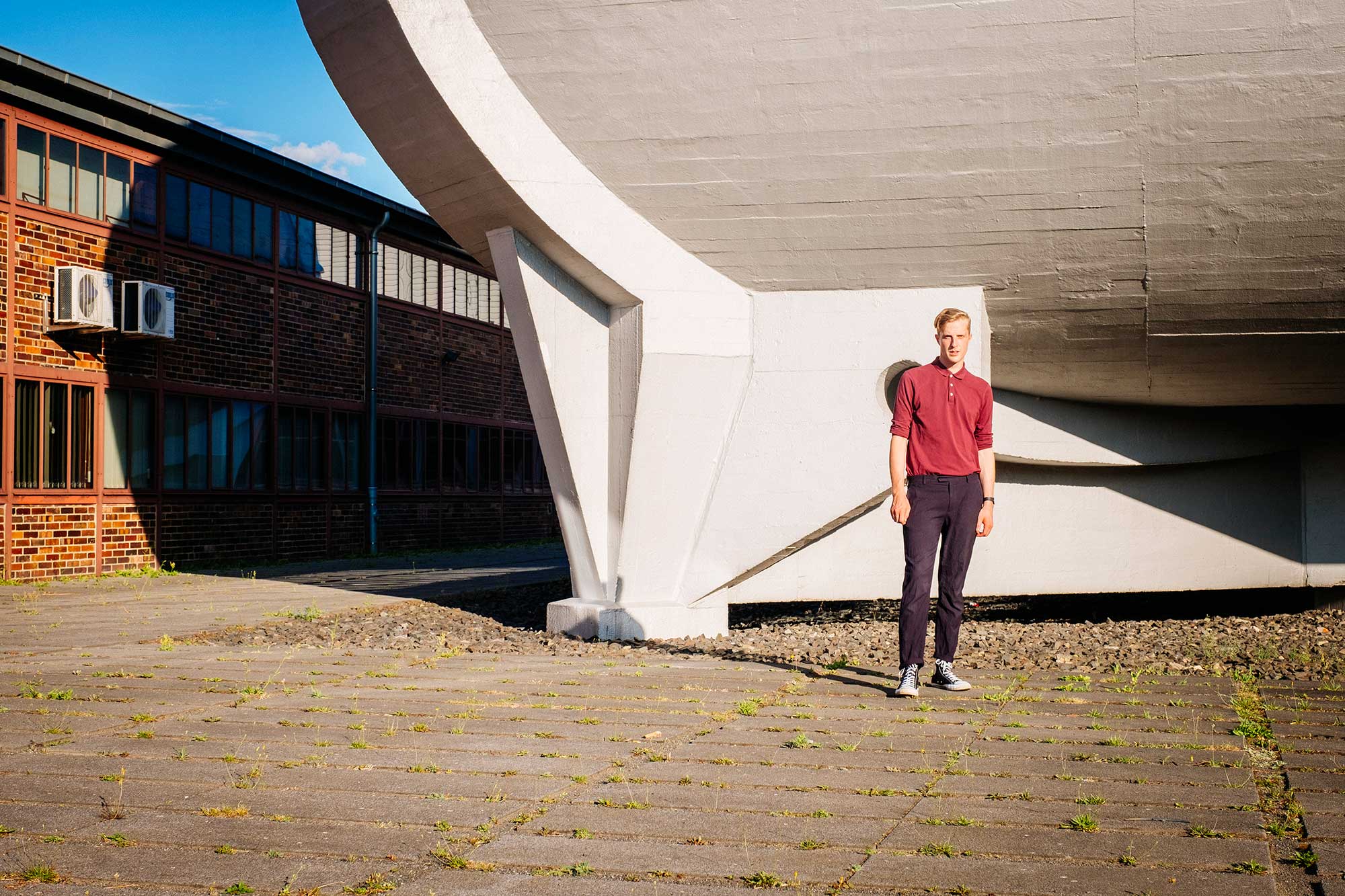