Cold but sexy with Berlin’s boldest fashion and culture mag 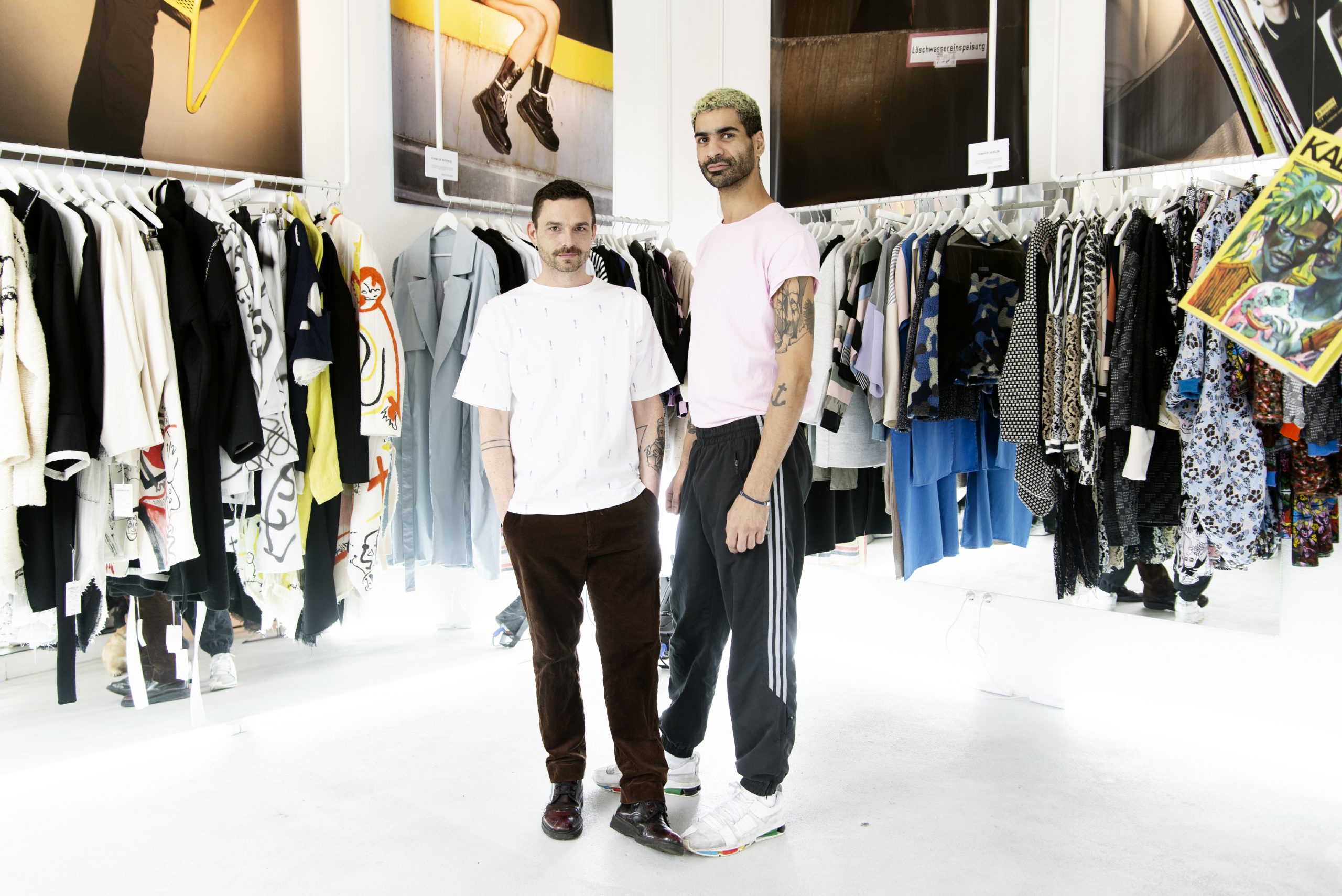 Berlin has produced more than its fair share of magazines, but, even against a crowded backdrop, KALTBLUT stands out. It is bold and stylistic without being pretentious, taking on fashion, music, art and more. We spoke to founders Marcel Schlutt and Nicolas Simoneau to learn more about where they came from and where they’re going.

So, what is KALTBLUT’s origin story? How did it start?
Marcel: Around nine years ago I started with my online magazine HONK!, but then some evil girl from the team stole our name and concept and we lost it all. Because it was soooo kaltblütig – cold blooded – I came up with the new name KALTBLUT.
Nicolas: I knew Marcel just before he started with Honk! I was part of the team as a graphic designer, and when the name and everything got stolen, Marcel and I decided to create something new out of the loss.
Marcel: Kaltblut is also a breed of horse. I was born in a place with 600 horses. Coldblood means to be strong, easy going. That is what I also wanna bring to the magazine.

Who are the main players, and what does everyone do?
Marcel: I’m Editor-in-Chief and I do the fashion content, marketing and social media. But KALTBLUT is a team magazine. We would be nothing without Nicola P, Karl, Amanda, Emma, Nico, and the list goes on.
Nicolas: I’m the Art Director and take care of the art content, but as Marcel mentioned, this is more than two people – it’s really teamwork and this is what creates the KALTBLUT vision.

How would you define the ethos of KALTBLUT?
Marcel: Good question. We are gay, straight. We are loud and quiet. We are Berlin and not. KALTBLUT is just a place for artists with a voice. A place for talents without judging.
Nicolas: I really like that our first purpose was to expose talents and especially newcomers who wouldn’t find a place on other more mainstream platforms. Of course, with time things change a bit and we do have some mainstream artists featured on our page, but the thing is that we will never publish something that we don’t like or just for money. We have reached the point and the decision not to lose our soul. Generally, we still go for the underdogs. 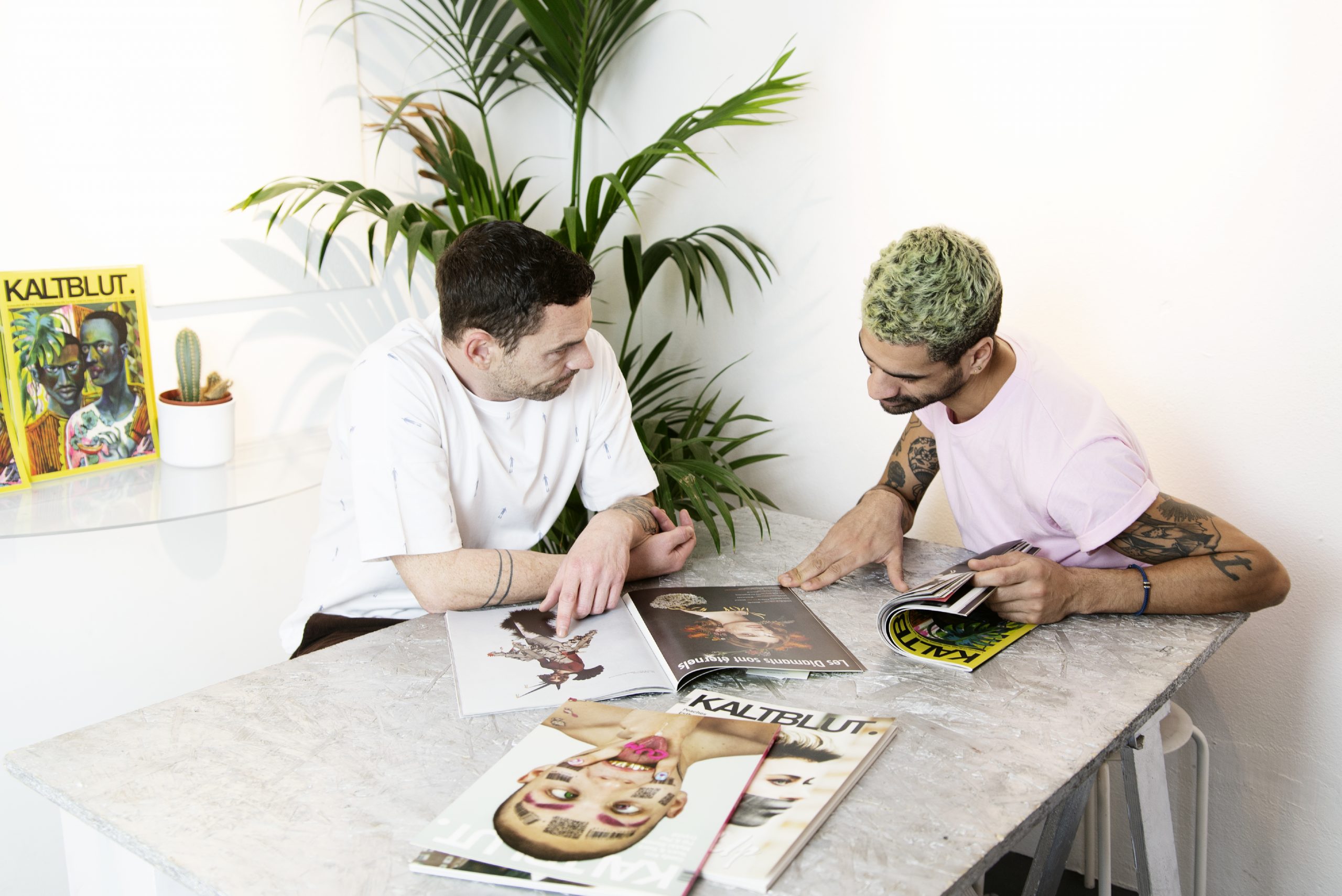 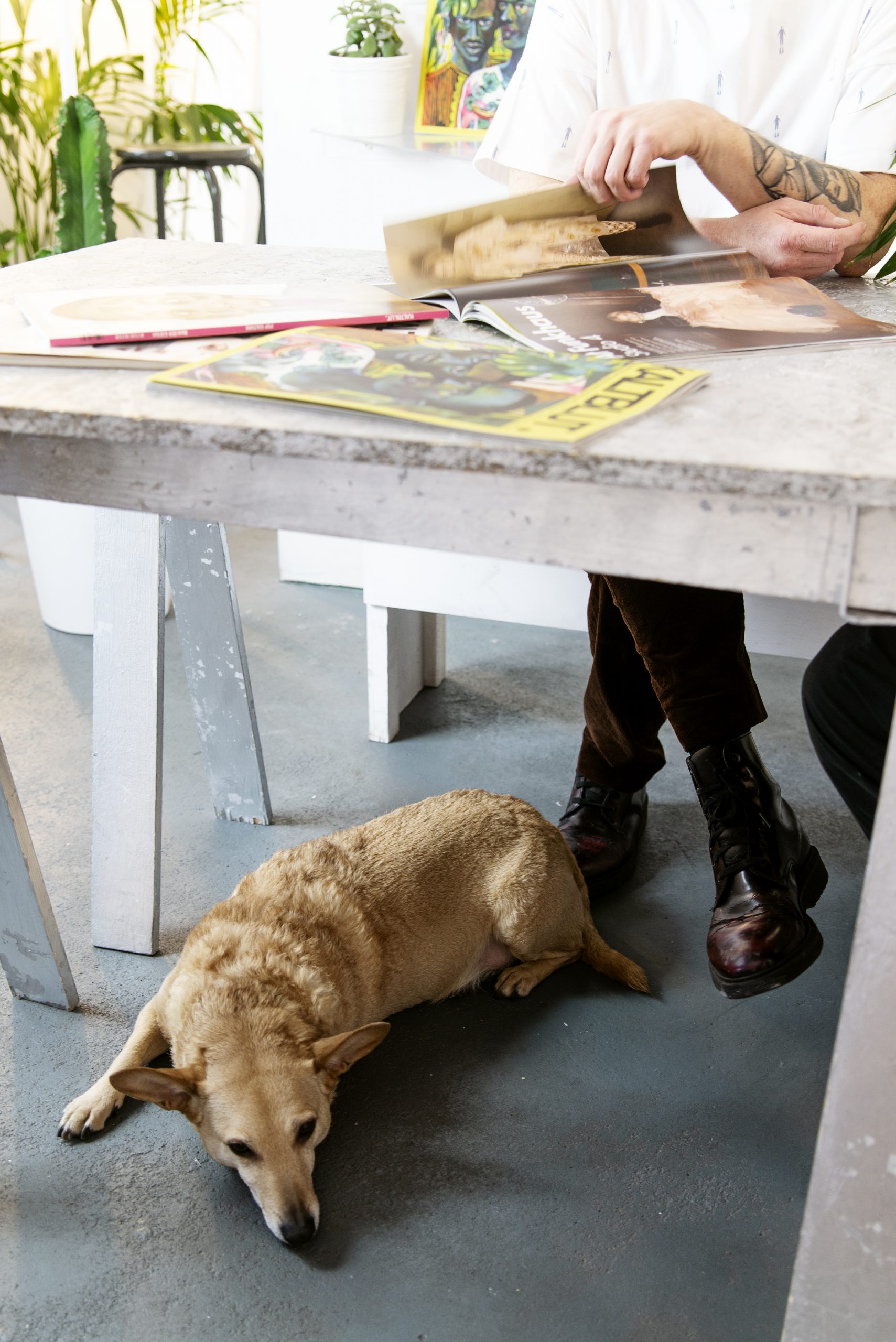 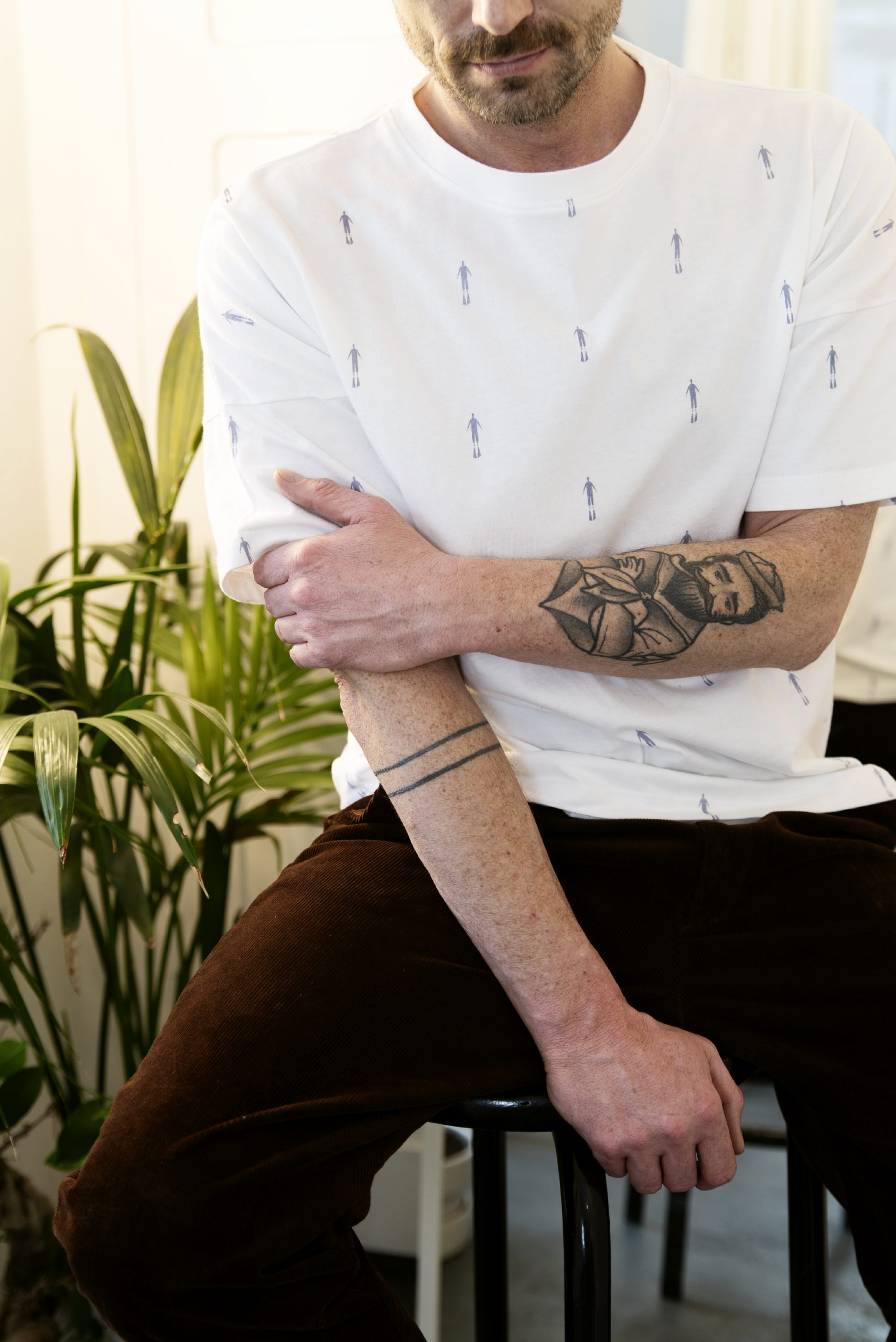 Do you think print is still an important medium? What makes it different for you than digital media?
Marcel: OH YES PRINT IS NOT DEAD! And especially when you work with so many young artists. Bringing their work into print is something special for them and for us. Online means a lot of work, but at the end of the day you close your mobile or computer and all the work is “gone”. It is just nice to touch and feel your WORK.
Nicolas: Print is vital. We actually started the magazine because we both wanted to have a print that we can hold at the end. The digital world also permits us to create a database for us and others. Quite often I hear people say that they go on our website for inspiration, which is really the greatest compliment. On the other hand, creating an object that will be passed on to other hands or collected is a totally different feeling.

You took a two-year break from printing. When you returned, the content was broader and less fashion-focused. Can you tell us a little more about that?
Marcel: I am a bit tired of fashion. They all do the same shit. They all have too much attitude. PR companies just want their brands in KALTBLUT but no one wants to pay for it. And all the drama with those people is soooo boring. So I thought, let’s take less fashion in the print issue and let’s focus more on interviews and art. The fashion part we are celebrating on our webpage and social media.
Nicolas: I have always wanted more interviews and more written content. I think that nowadays people want to get hooked by stories that matters. We try to bring new visions to our readers.

What are some of the challenges you’ve faced as a magazine? How did you overcome them?
Marcel: Fighting against and with influencers for marketing. Those influencers have changed the magazine market… in a bad way.
Nicolas: Learning to say no even to a big contract if it means publishing something that is against your idea, against your vision. I really appreciate the fact that even though we can fight over some stories, when it comes to the essence of what we are, Marcel and I will always go in the same direction.

Where do you see in KALTBLUT in the future?
Marcel: I hope in 10 years we are still alive, and just happy with what we are doing.
Nicolas: Exactly that, still doing our thing with the same passion. 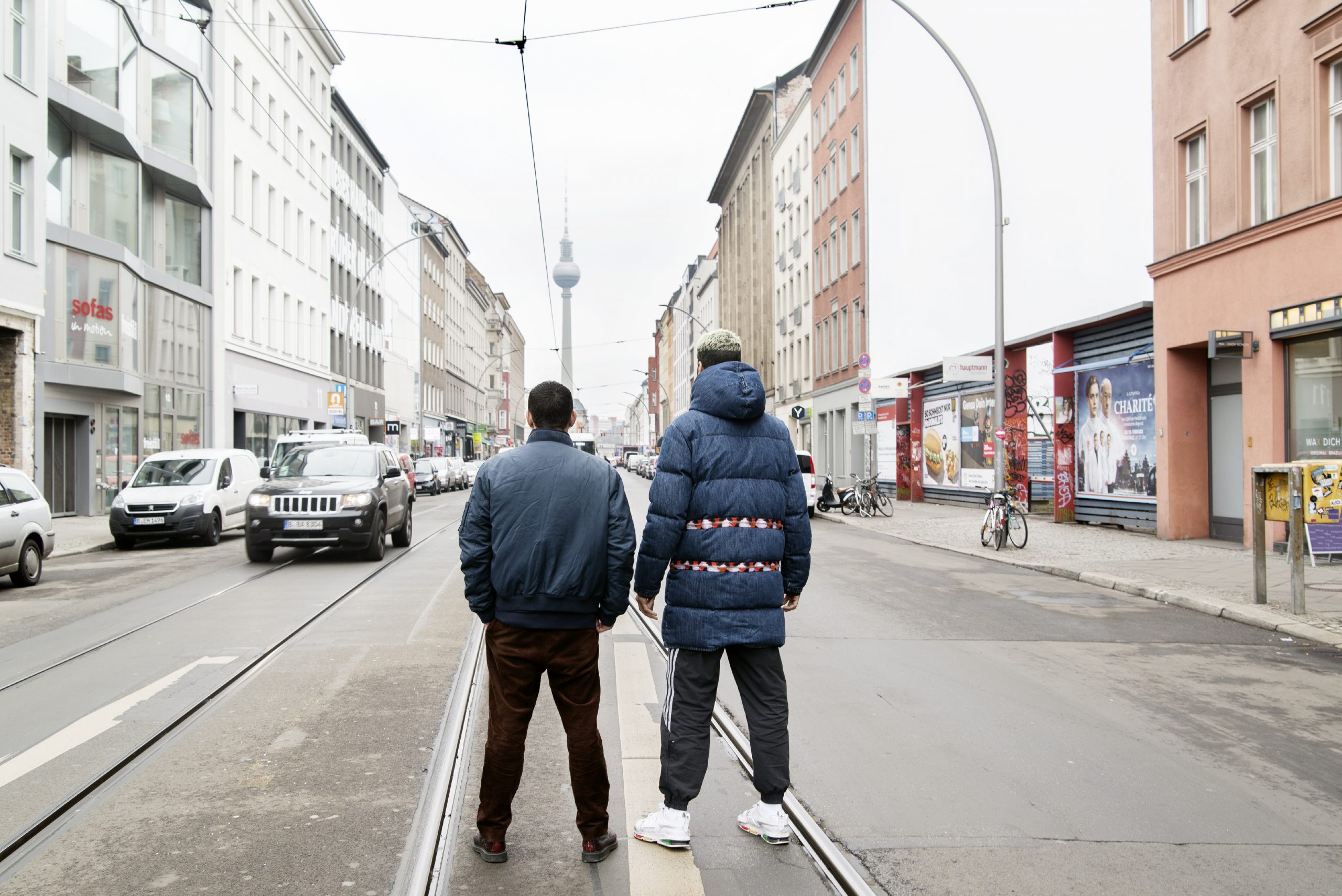