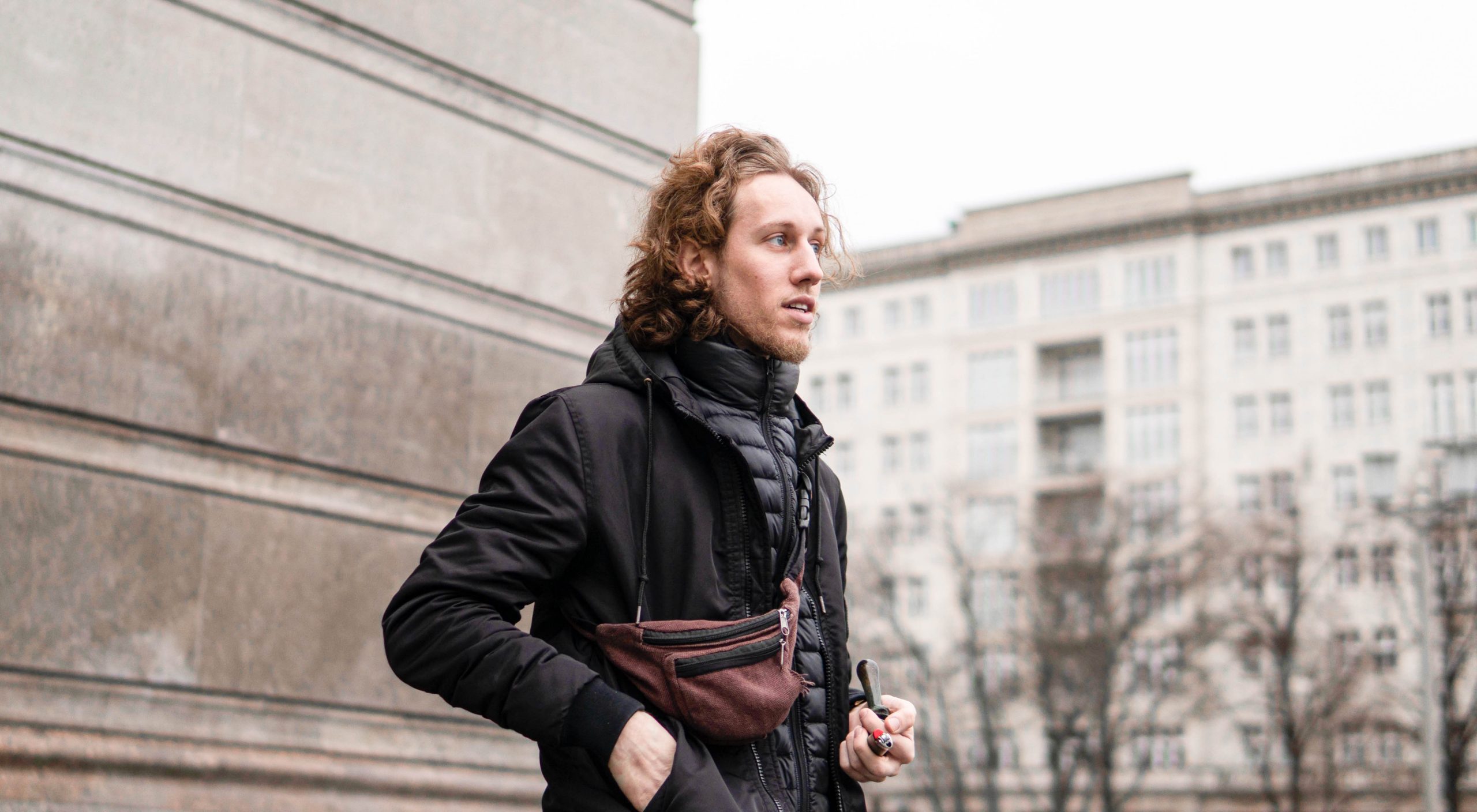 20 Seconds, a Berlin-based magazine for experimental music and art, recently released its first issue. It collects an amalgamation of perspectives within a flowing freedom of forms together in one holistic, print-only magazine. We met up with editor-in-chief Daniel Melfi to discuss artistic collaborations over time and the less-than-20-seconds moments of experience and interpretation.

This is the first issue of 20 Seconds. Why now? What triggered its origin?
It wasn’t a single definitive burst of interest or excitement that gave birth to 20 Seconds. It was a slow amalgamation of mass and the desire to do something and articulate our feelings in a particular way. We felt and continue to feel as though the majority of what comes into our paths is created to be processed, digested and subsequently emitted within what appears a microscopic amount of time. Perhaps, in reality, it’s much less than 20 Seconds. Part of feeling also involves the realization that the medium is, in some way, still the message. It has, however, mutated incredibly. So we decided to do something. It’s less of a response than an arbitrarily synthesized articulation. And if not now, then when?

Maybe it’s rooted in what Breton said, “One publishes to find comrades”. Or maybe it’s not…

Your stories are very diverse and varied. How did you find the people you wanted to write about?
I think it’s probably more accurate to say that they found us. Most of our time is spent like many people who consider themselves passionate about music and art and anything else: they spend a lot of time doing it and engaging in it in general. This kind of lifestyle, when it’s working that way, propels you and that subject matter, or those individuals, those energies, into each other.

I am also a journalist outside of 20 Seconds time and cover a similar range of subjects, leading to plenty of strange and rewarding encounters. 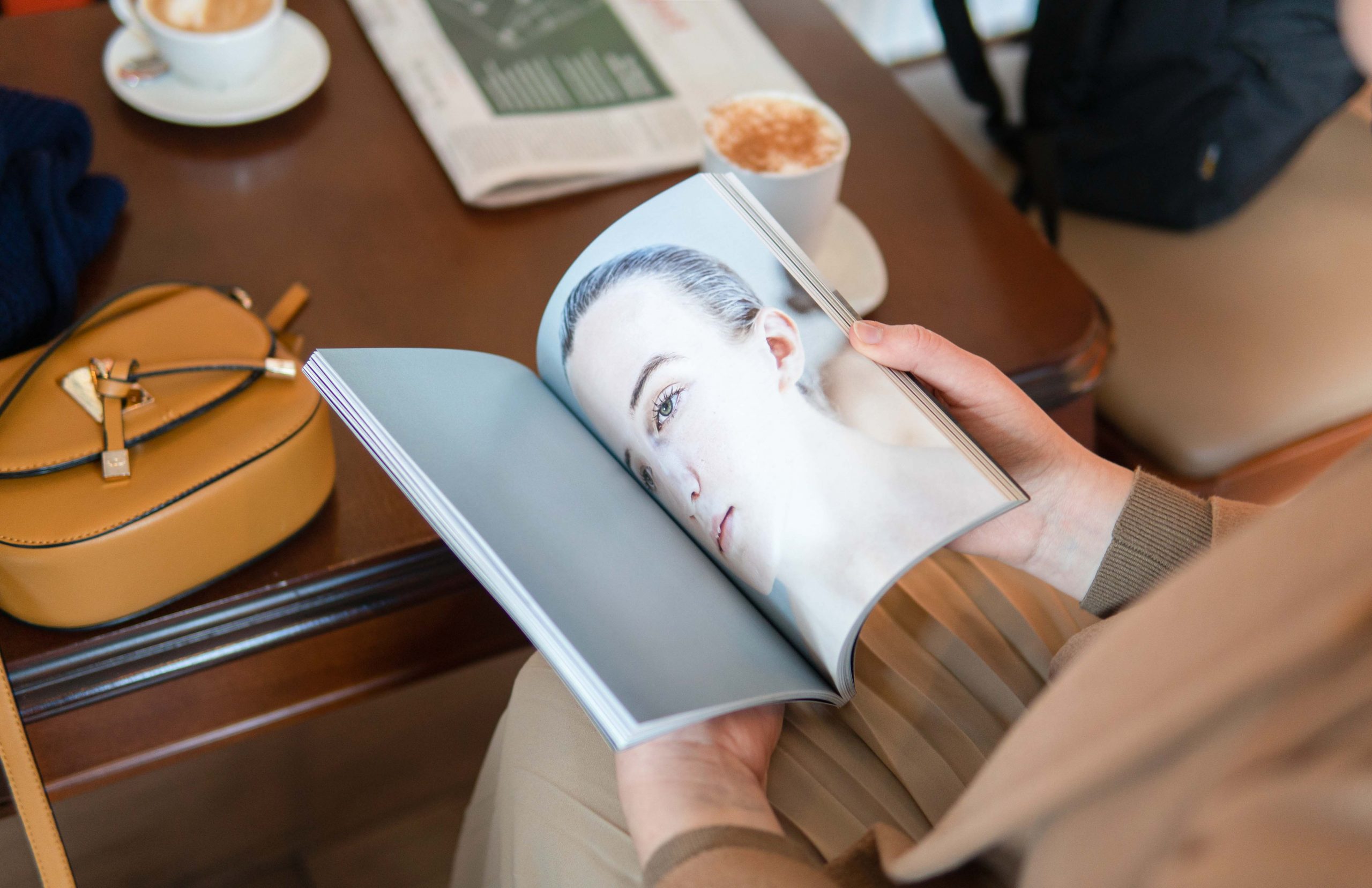 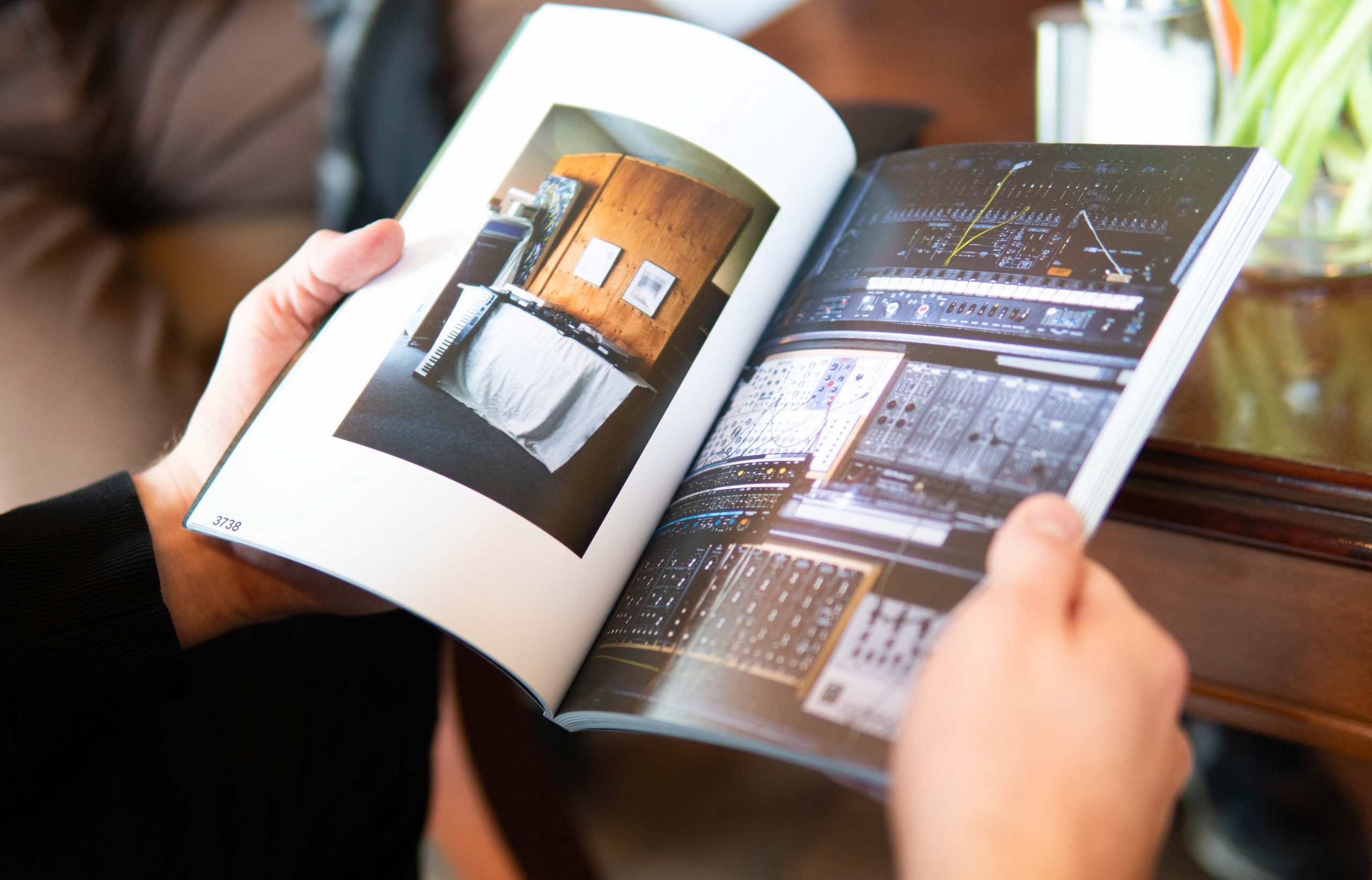 You include the stories of musicians, artists, and subjects from all over the world – Athens, Cairo, Toronto – how important was internationalism to the message of the magazine?
I don’t think internationalism, as you referred to it, was of unique importance to the ‘message’. Instead, I think it was and remains an inherent characteristic of the magazine’s existence. Our experience, and the dialogue in which we want to engage, was always diverse in that regard. It was never supposed to be, and would never have been, a magazine about exclusively Berlin-based artists. Our intention was always to explore anything that came across our senses and often they were experiences that originated or found a home in more than one place.

As a magazine of experimental music and art, how important was Berlin as its location of publishing?
Although our magazine is not focused on artists exclusively living or tied to Berlin, it would be a reasonably appropriate idea to do that, and the city still retains the ideas and artistry to sustain that, I think. It’s an energizing place to be and while many of our interviews take place in other towns, we often have the opportunity to see artists perform here or visit their exhibitions here in Berlin. I think in general the presence of so much activity can be an immensely positive factor. Of course, there are also negative aspects of such a concentration, but I don’t see them as particularly threatening.

Logistically speaking, Berlin is a great place to base a small company of any sort. I think there are examples of that to be found in many faculties.

One of the first things I noticed was the variety of visuals and formatting in the magazine. Was it important for you to have a combination of form?
I think our perspective towards the design of 20 Seconds was always something that valued readability and yet tried to remain stimulating. It’s relatively simple and streamlined in that regard, but I think it’s effective.

In reference to the photography, however, the variance is much greater. I wouldn’t feel comfortable collaborating with a photographer and then telling them how to do their job. So if there’s a wide range of aesthetic dispositions on display it’s a luxury we’re happy with.

How do you see the role of ’20 Seconds’ in the world of experimental music and art?
I think discourse is a critical characteristic of life, not to be separated from the cultural communities in which we find it. And if 20 Seconds can contribute to expanding or deepening that discourse, then it’s offering something positive.

There are certain subjects that are rarely afforded time and space in our lives, especially not in magazines. Accessibility is a concern for publishers. I think it’s fair to say we spend less time making things accessible and focus more on proposing interesting points of departure; ideas that might lead to further questioning and more research. 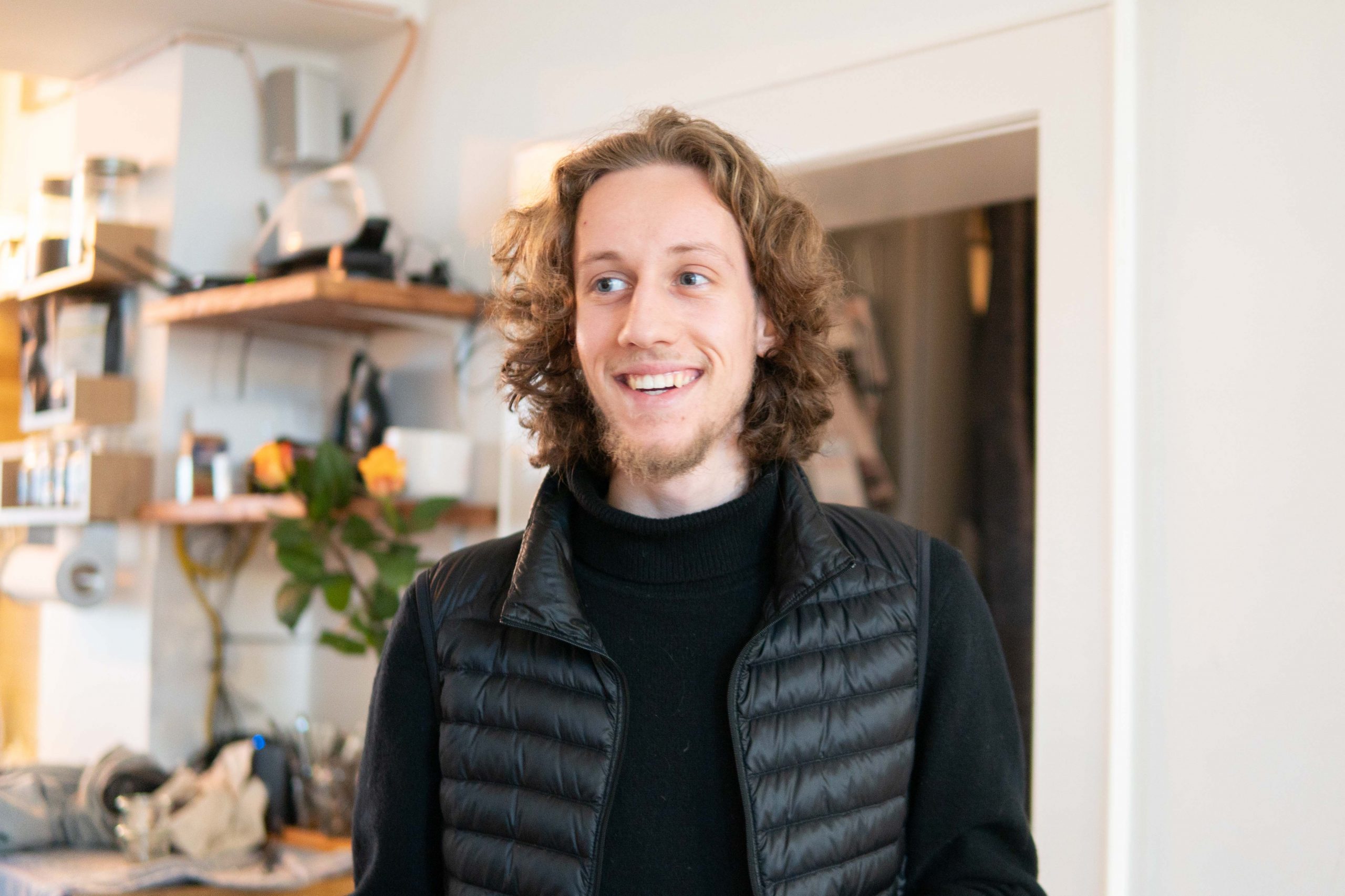 Who do you imagine to be your readership?
People who find themselves curious about expressions—of aural, visual and sensual origin.

What have been your biggest challenges creating the first issue of a new magazine?
As in any project, independence is a scenario to be cherished. Great colleagues need to be similarly respected and appreciated. The challenge is often trying to understand this as quickly as possible.

What do you see for the future of ’20 Seconds’?
The future, as far as I understand it, is the perpetuation of this moment. That involves my fingers moving in some sort of preordained coordination on a digital keyboard or projecting a series of thoughts into sentences. There is some very nice French jazz from the 70s playing. I see the moment of 20 Seconds continuing in this fashion.

Outro: 20 Seconds is a print-only magazine you can discover in bookshops in Berlin. So you can feel between your fingers the results of moments of inspiration and process that come in more or less than 20 second surges. Stay tuned for more insight into the experimental music and art scene in future issues. 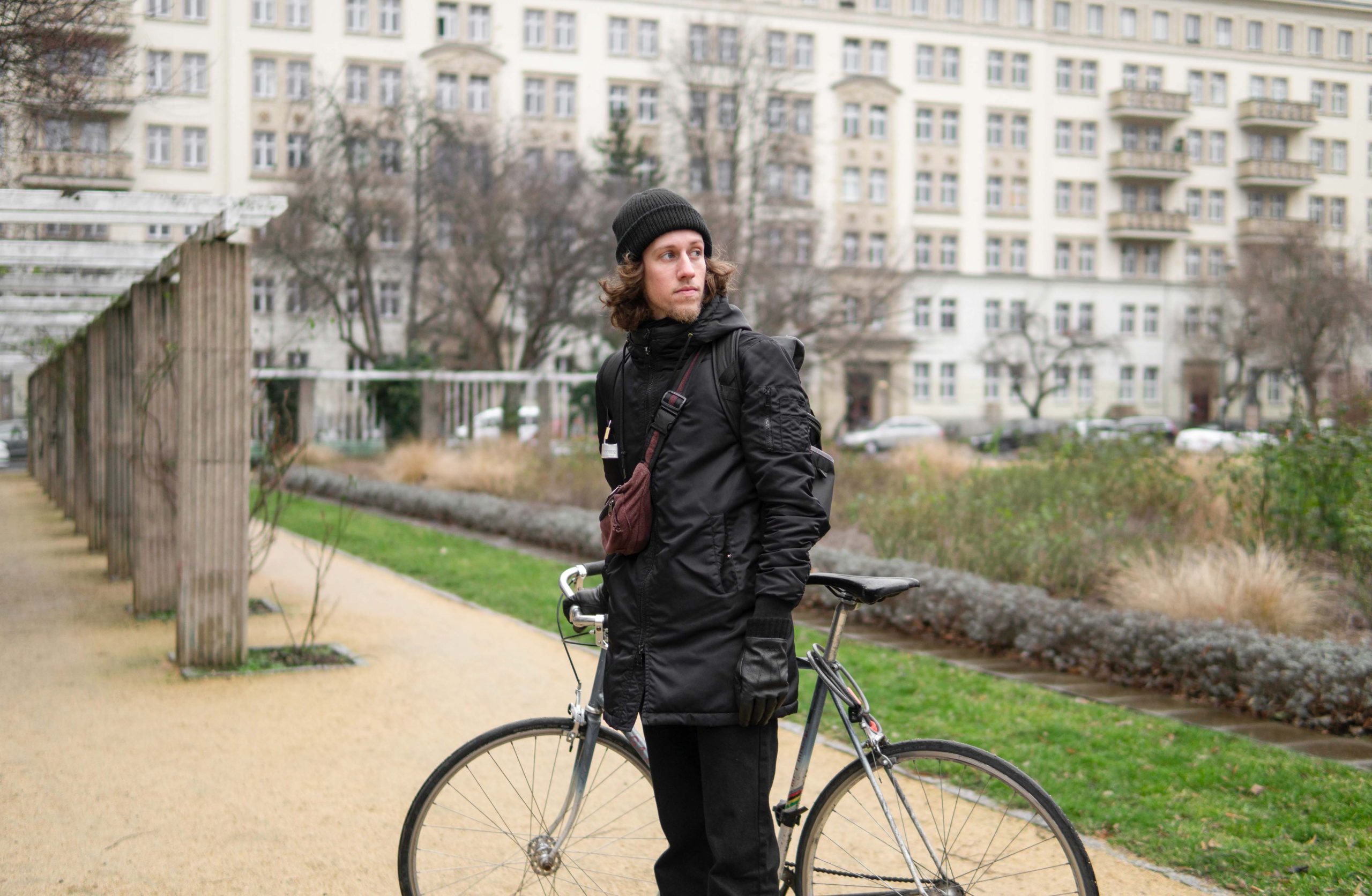