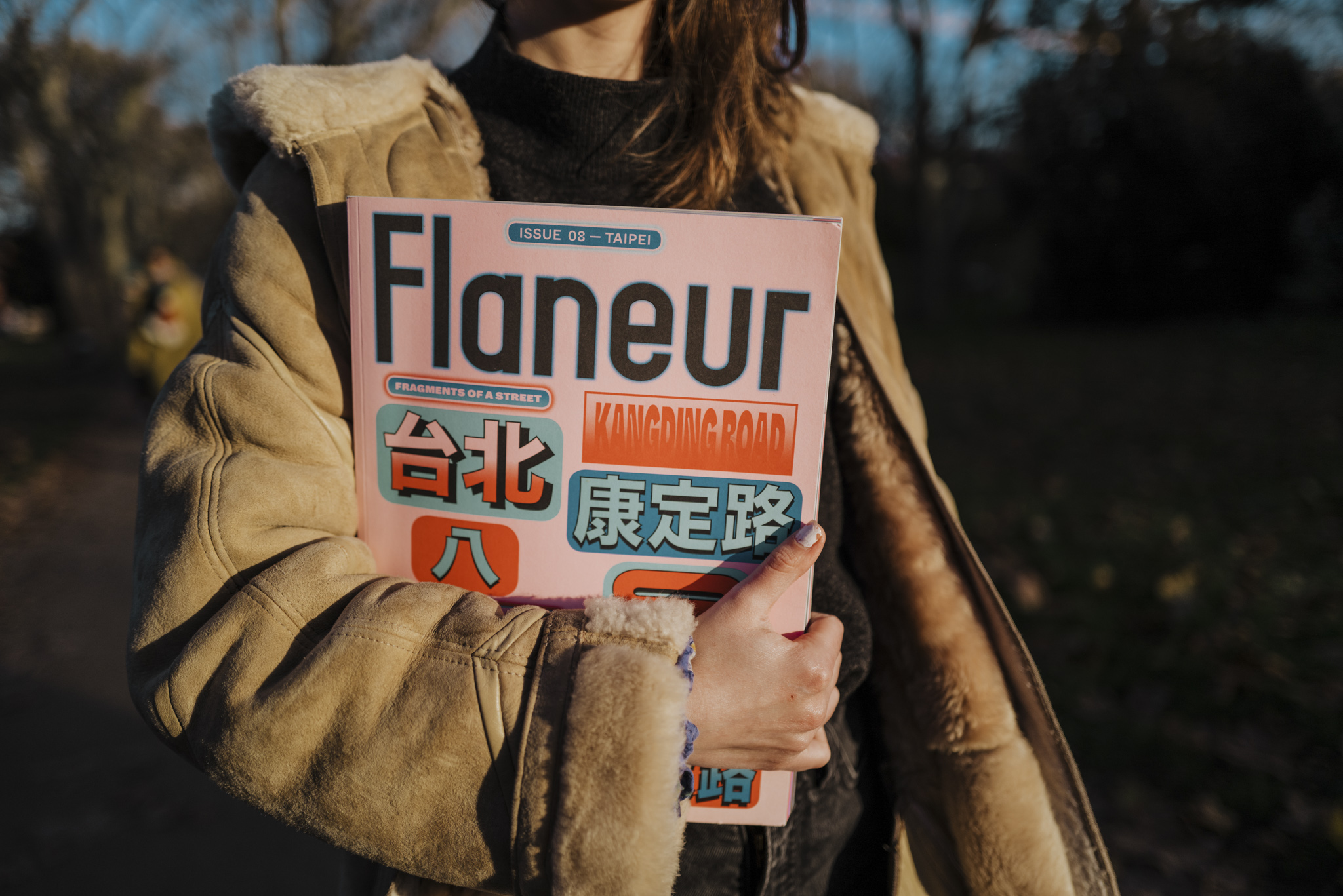 Nine years ago, the creators of Flaneur magazine developed the unique concept of honing in on the people, art, and narratives of a single street. The result is a meandering collection of mediums, artfully edited into tightly bound tellings of each street’s story.

They have currently explored nine cities and collaborated with a myriad of locals. Flaneur elegantly gathers the boundlessness of creativity and restlessness of wandering in its pages to playfully challenge the perimeters of print.

We met up with Co-Editor in Chief Grashina Gabelmann to find out more about Flaneur’s view on the role of art in relation to space and place and the freedom of non-linear storytelling. 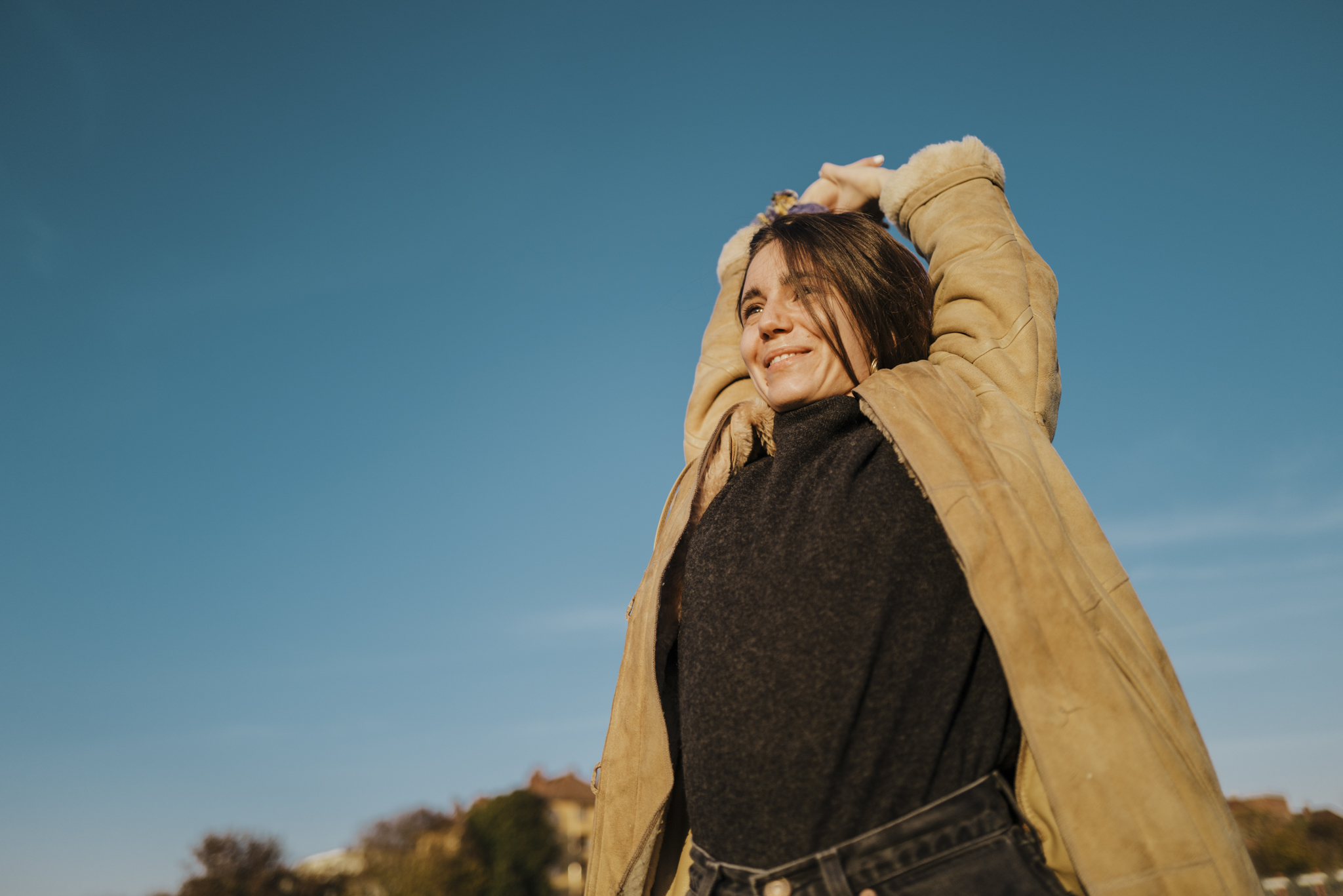 What led to the founding of Flaneur?
Ricarda Messner [founder of Flaneur] had the original idea to do a publication that focuses on one street per issue. She grew up in Berlin, left Berlin, and when she came back, she was curious to rediscover her own city. Then we developed the concept of the publication so that it isn’t journalistic, but literary and fragmented. The contributions are from different artists, so the thing in itself is a piece of art.

It was also a result of very random people coming together. Some of us knew each other, some of us didn’t. It was very intuitive; just about going with it and not really knowing what we were doing. Then we spent six months very intensely on Kantstrasse in Berlin, which is the first issue, pulling it all together.

That’s the impression I got – this idea of being intuitive. The concept of focusing on one street probably helps solidify the purpose.
Yeah, that limitation helps. I find in creative projects that limitations force you to be more creative. You can get way deeper and start thinking in a non-linear way, whereas if you have to tell the story of an entire city in a hundred pages, I don’t think you get very deep. 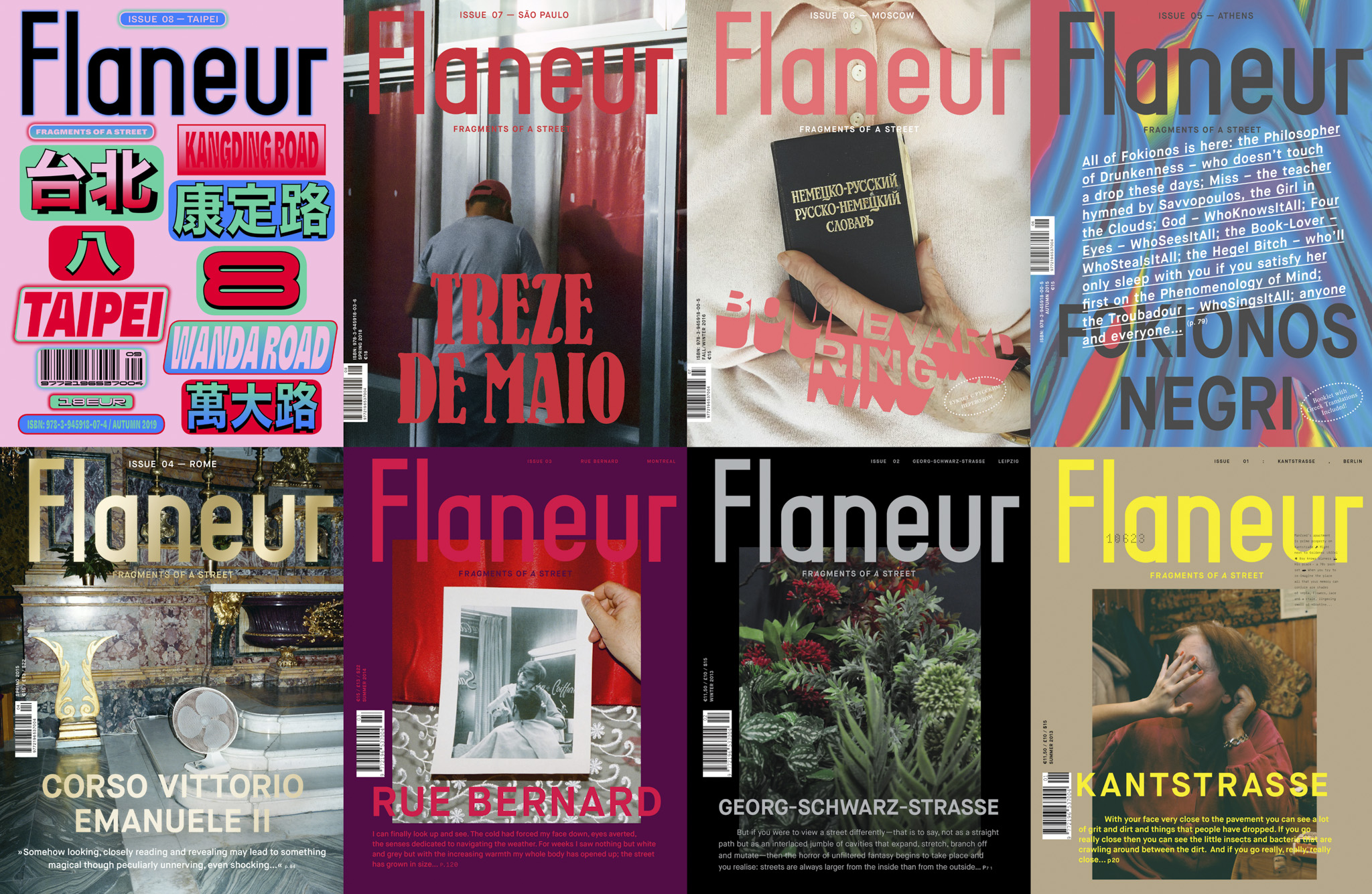 When you start developing a new issue, how do you narrow it down to one street?
The way we choose the city is always different. Maybe a friend will know a friend who knows someone, or we do a bit of research beforehand. Basically, we just go and start walking around for days and days and days. Usually something sticks out or we feel like the street has the ability to tell a greater narrative, but it’s really just a gut feeling. So far, we’ve never regretted a street choice.

Then we start meeting people. You’ll have coffee with one person and they tell you you should meet someone else, then it snowballs. We’re always there for two to three months, so after a while we get a sense of a red thread, themes that keep popping up. How different contributions can tie together. We have this editorial voice – the fragments voice, we call it – that appears like a character in the magazine. It’s like the outsider looking in, trying to make sense of it, but also realising that you’re always going to be looking in from the outside.

It seems as though you fit the visual aesthetic of the magazine to the experience of gathering stories. Is that accurate?
Yes. The art directors come to the city, so it’s quite a luxurious way of making a magazine. They take lots of photos and pick up on the typography they see in the city. They have an amazing eye for detail and can translate the feeling of the place into design. The only thing that stays clear and consistent is the concept of one street per issue. 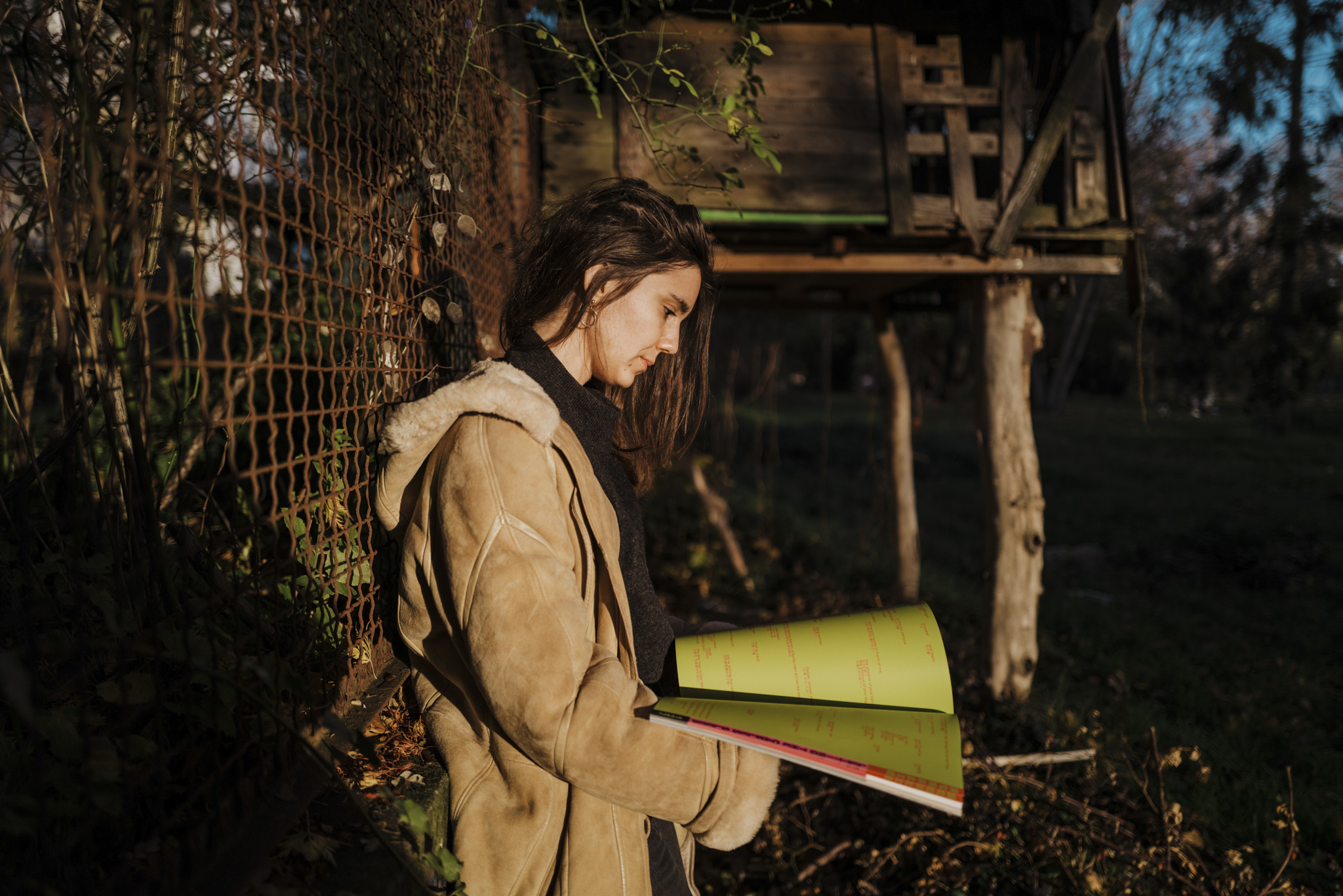 We always wanted to challenge what a printed magazine could be.

Where did the title Flaneur come from?
The title came after we figured out what we wanted to do. Flaneur is a literary genre from the 19th century, a period when cities were booming, and in France there were arcades that functioned like mazes – they went in from one street and then exited somewhere completely different. The flaneur movement used streets for exploring and introspection, like psychogeography. Outside elements influence your inner world, and your inner world influences what you’re in touch with in the outside world. What we do is exactly encompassed in this word.

You incorporate multiple artistic mediums in the magazine. How does that come together in print?
Yes, it’s very experimental. We always wanted to challenge what a printed magazine could be. We tell contributors not to be limited by the fact that it’s printed. In one issue we incorporated a film. The stills and subtitles are in the magazine and the film can be watched on our website. We also worked with an artist who collected field recordings on the street, so she experimented with how you can document sound in printed form. A choreographer also explored how dance could look in print. It’s about bringing something that’s not made for print into print, but also bringing print into a performative context.

What’s next for Flaneur?
For me, my next wish city would be Tehran. That would be interesting. But yeah, we just go with the flow.

Flaneur magazine is available in various countries throughout the world. See the list of stockists at flaneur-magazine.com. 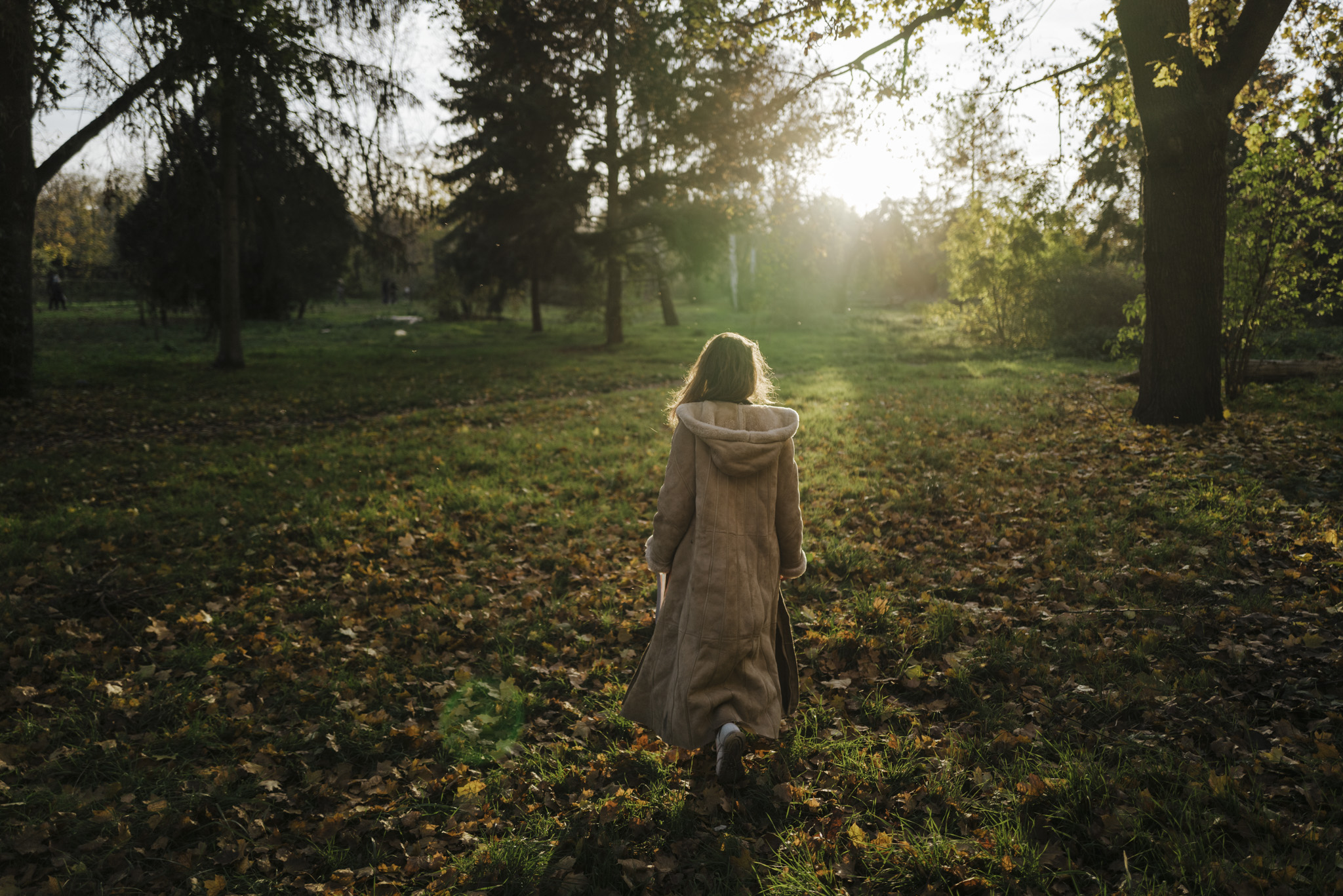