Berlin-based online magazine DADDY tackles diversity in a way that eschews po-faced polemics in favour of humour, wit and accessibility. There is a punk spirit reflected in both its aesthetics and attitude. In a saturated media landscape, DADDY is a breath of fresh pink air.

Ahead of their second birthday celebrations, we spoke with founders Sophie Atkinson and Kemi Fatoba to find out what sparked their foray into publishing and learn more about their journey so far. 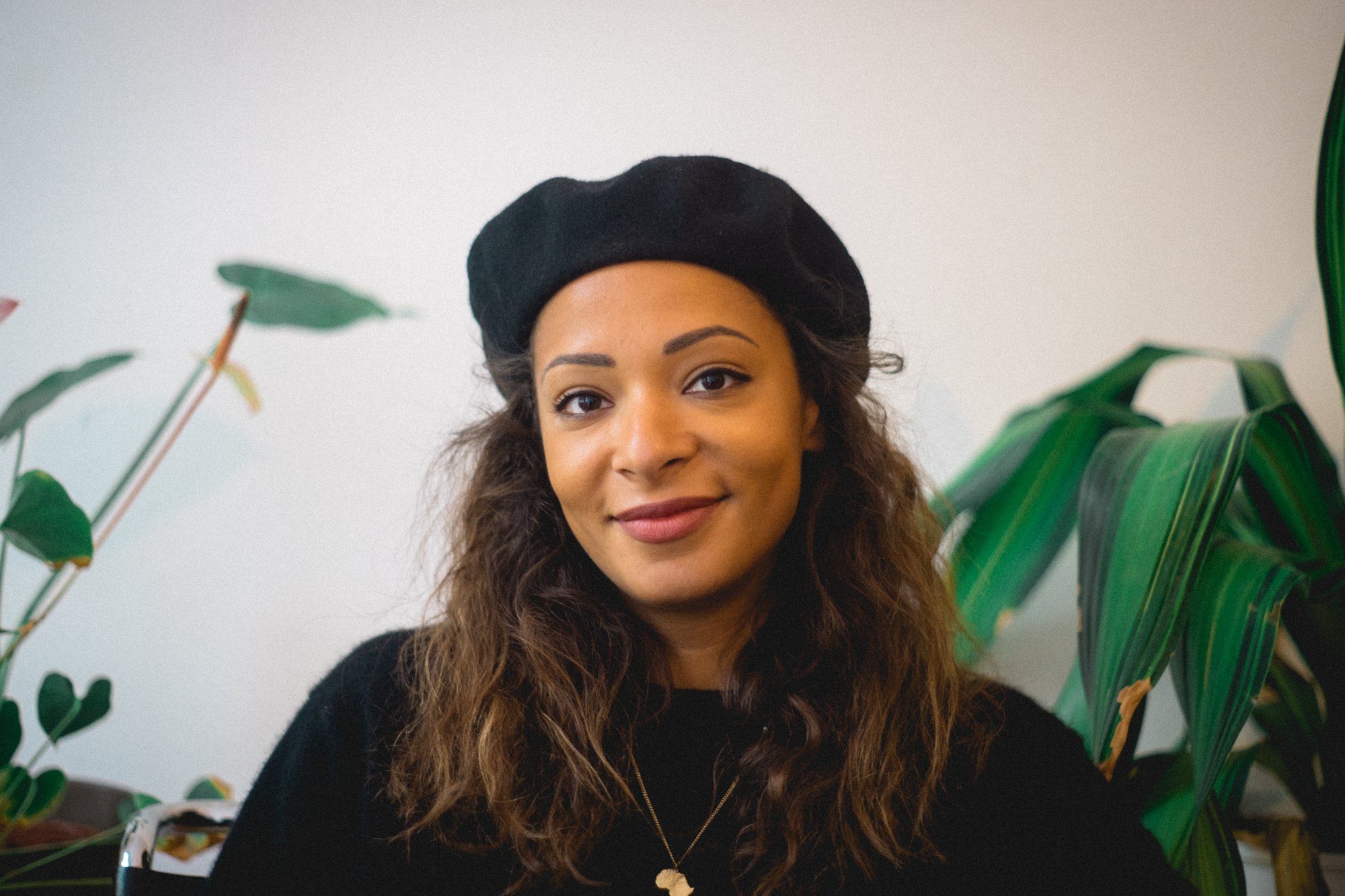 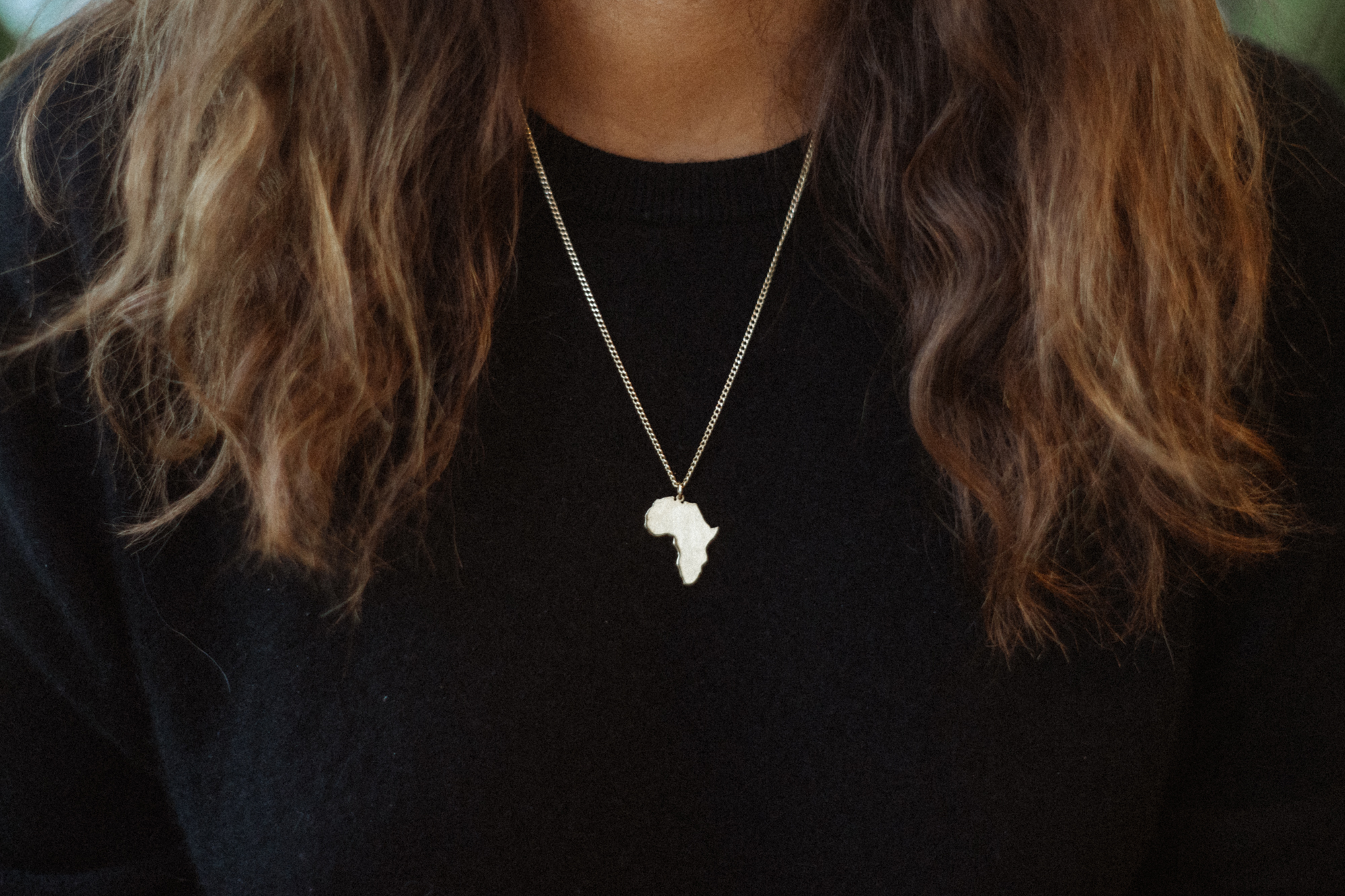 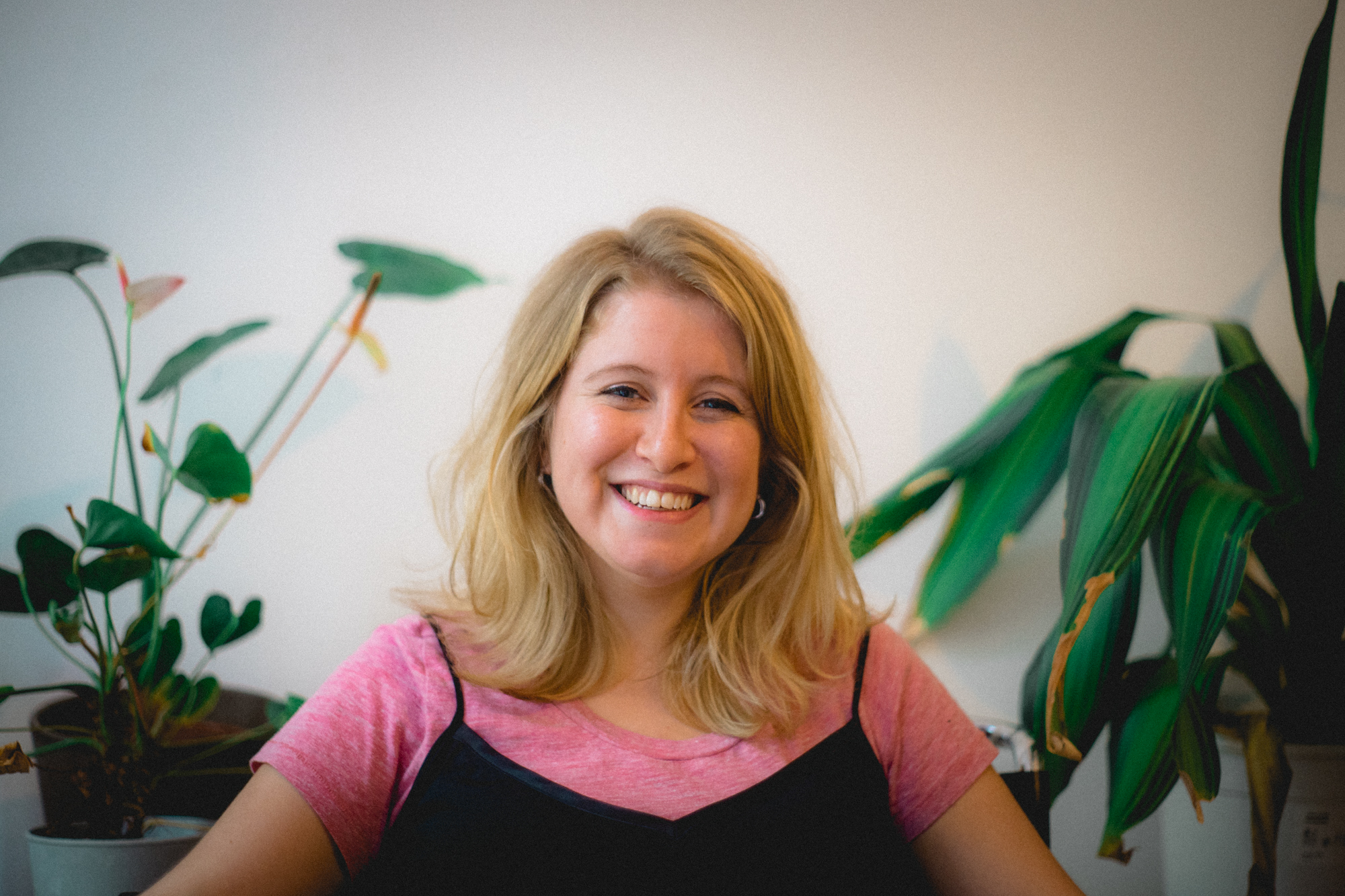 So, what is the origin story of DADDY? How did it start?
Kemi: Sophie, our other co-founder Constantin and I all met at a media agency in Kreuzberg and we were all somewhat frustrated by the lack of representation in the German media and the frequent use of lazy stereotypes in advertising. We kept talking about casually sexist, homophobic or racist comments that we overheard in Berlin and the thing that surprised us the most were that these comments often came from young people who considered themselves to be liberal and open-minded. It posed a stark contrast to our experiences living in cities like London and New York.

Sophie: Exactly! So inspired by this, the original idea was along the lines of…if you read Missy Magazine or The Guardian, you probably already have a certain political stance. But we wondered if it would be possible to run an online magazine with a similar political persuasion that might appeal to a broader audience, maybe people who wouldn’t necessarily read essays about identity, by making pieces funny and down to earth and as accessible as possible?

For me, it was a stealth version of a lot of the conversations I was trying to have at the time in real life, just in essay form.

Who are the main players, and what does everyone do?
Sophie: Kemi and I are the editors-in-chief, which sounds sexy, but is predominantly admin and figuring out meetings. We also cover edits, obviously.

Kemi: Besides that, main players include our art director Tabitha Swanson, who keeps DADDY looking great. We’re also fortunate enough to have Marie Sophie Beckmann (who co-founded Berlin art powerhouse EVBG) on the DADDY team working as our art editor and Mikaella Clements (who you might know from her pieces on The Outline, The Guardian and Buzzfeed) working as our LGBTQ editor.

Sophie: And of course we’d be nowhere without Joe Von Hutch, who joined us six months ago and is one of our regular writers. 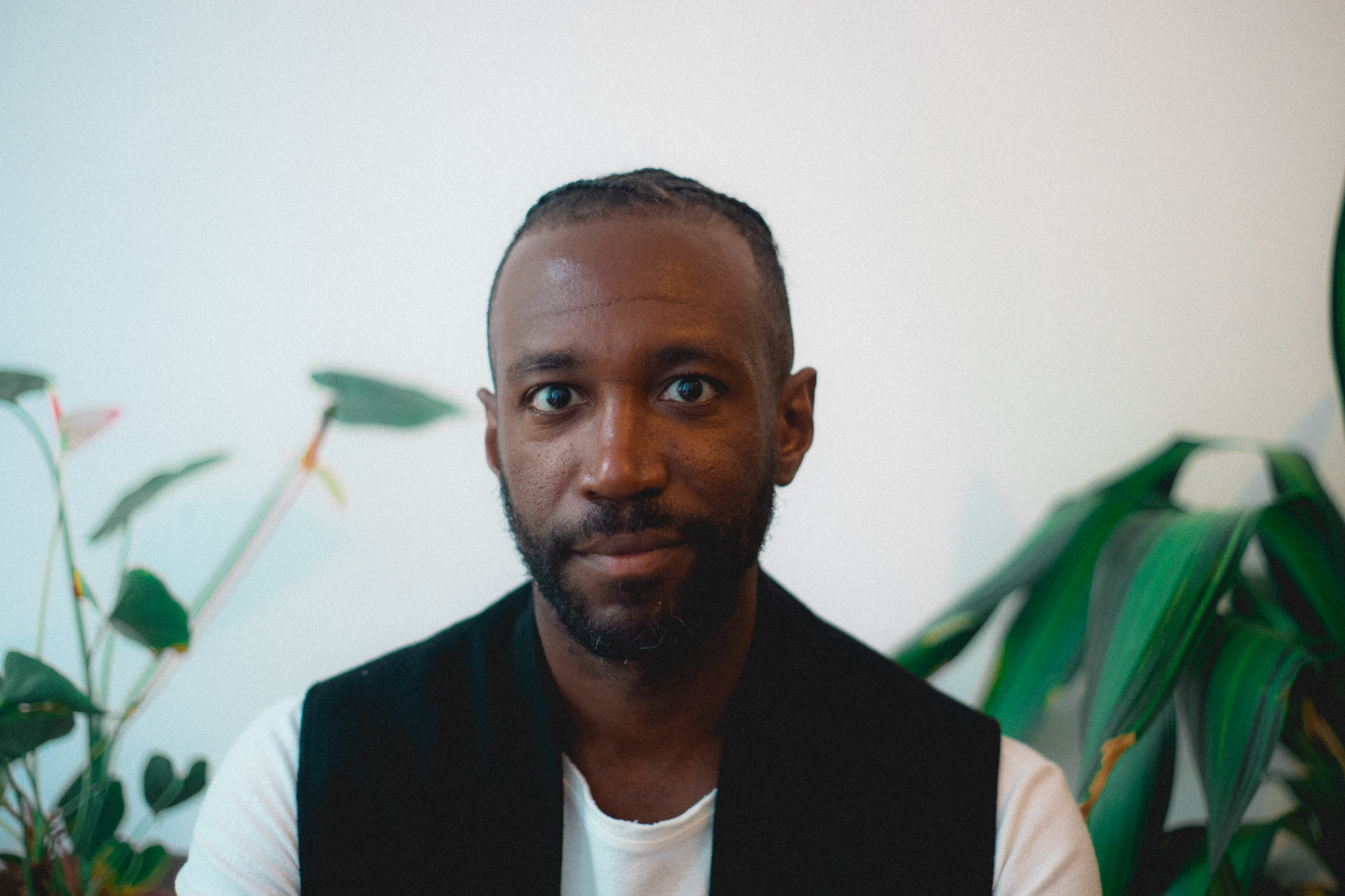 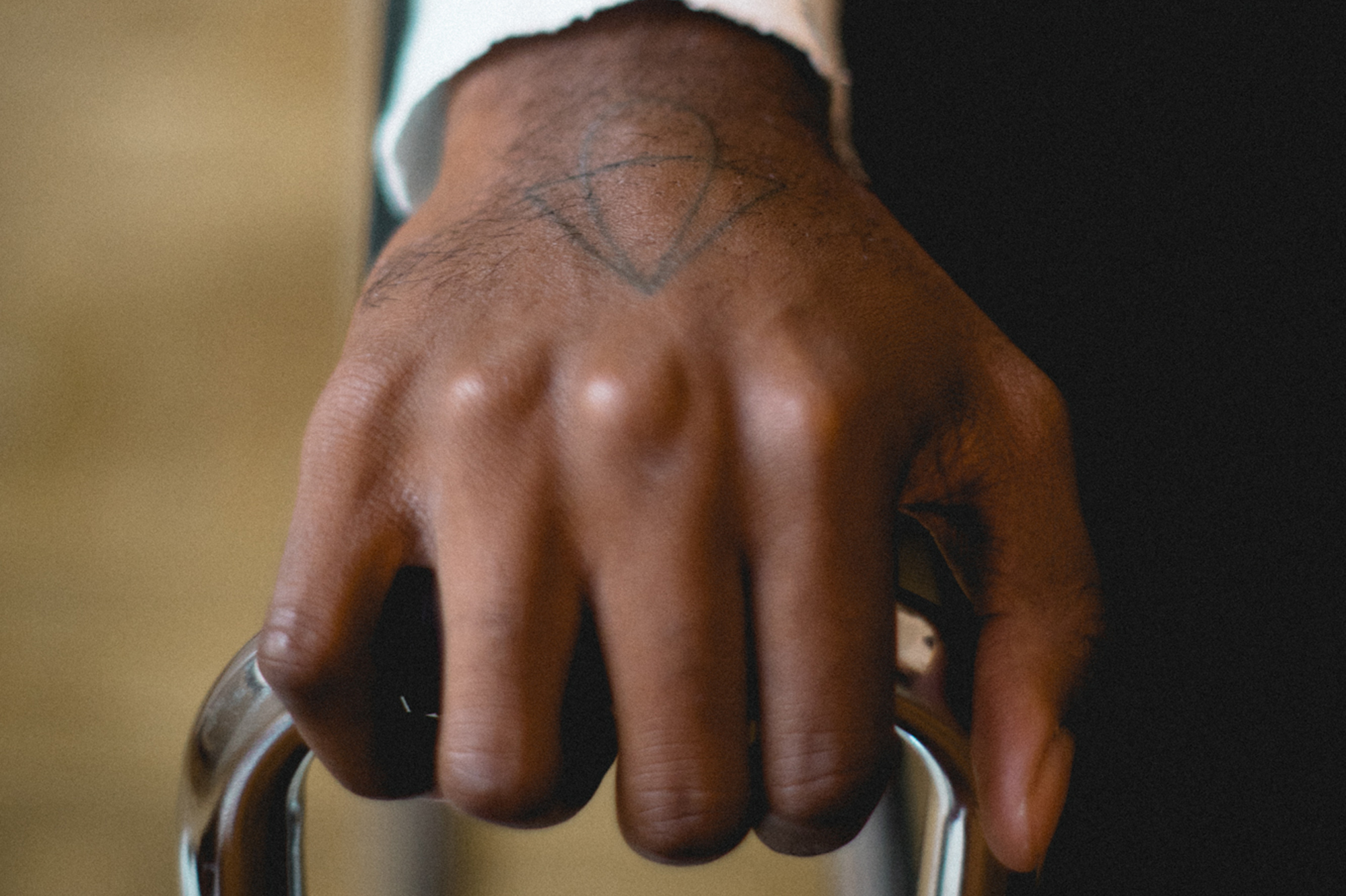 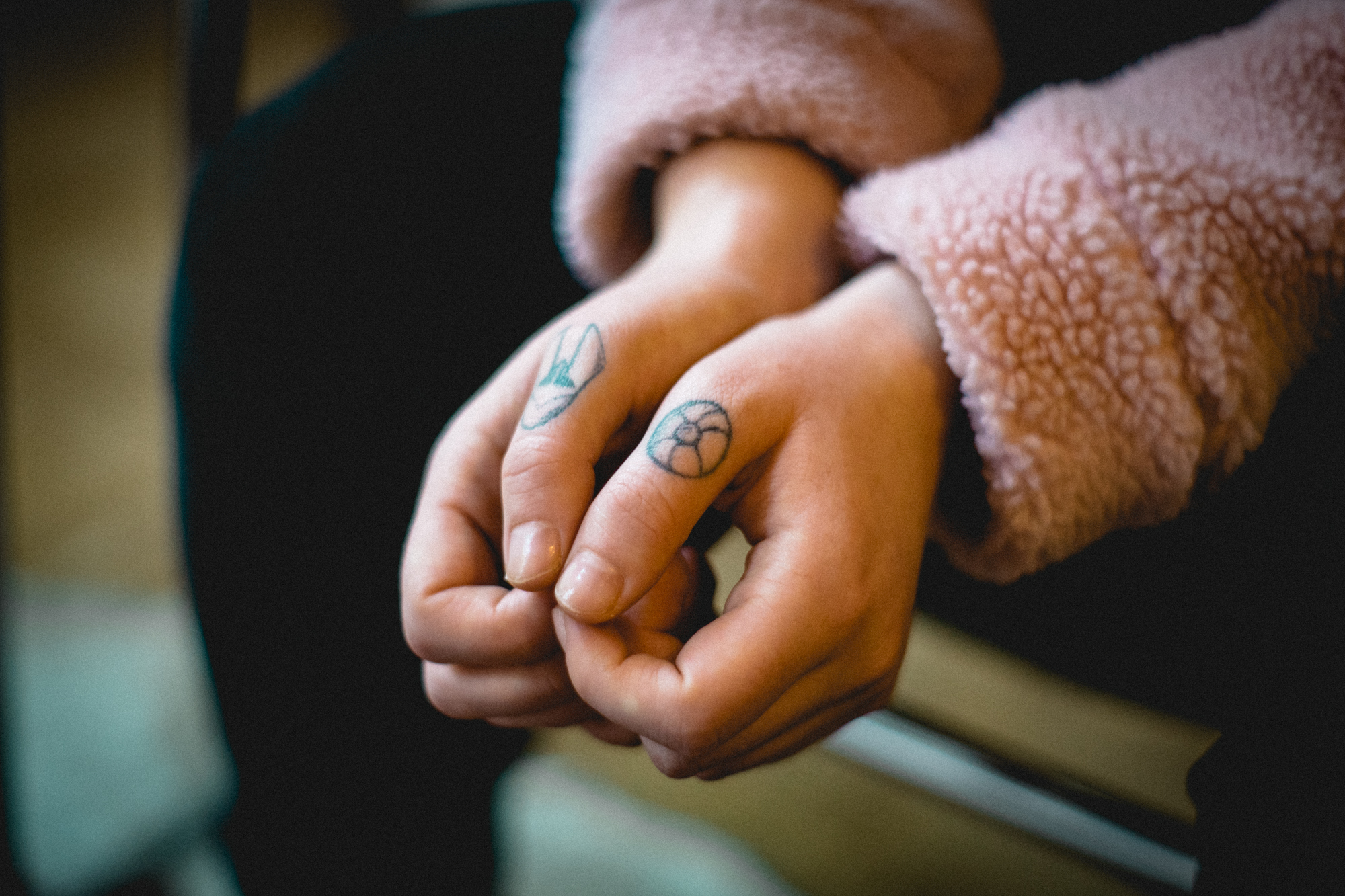 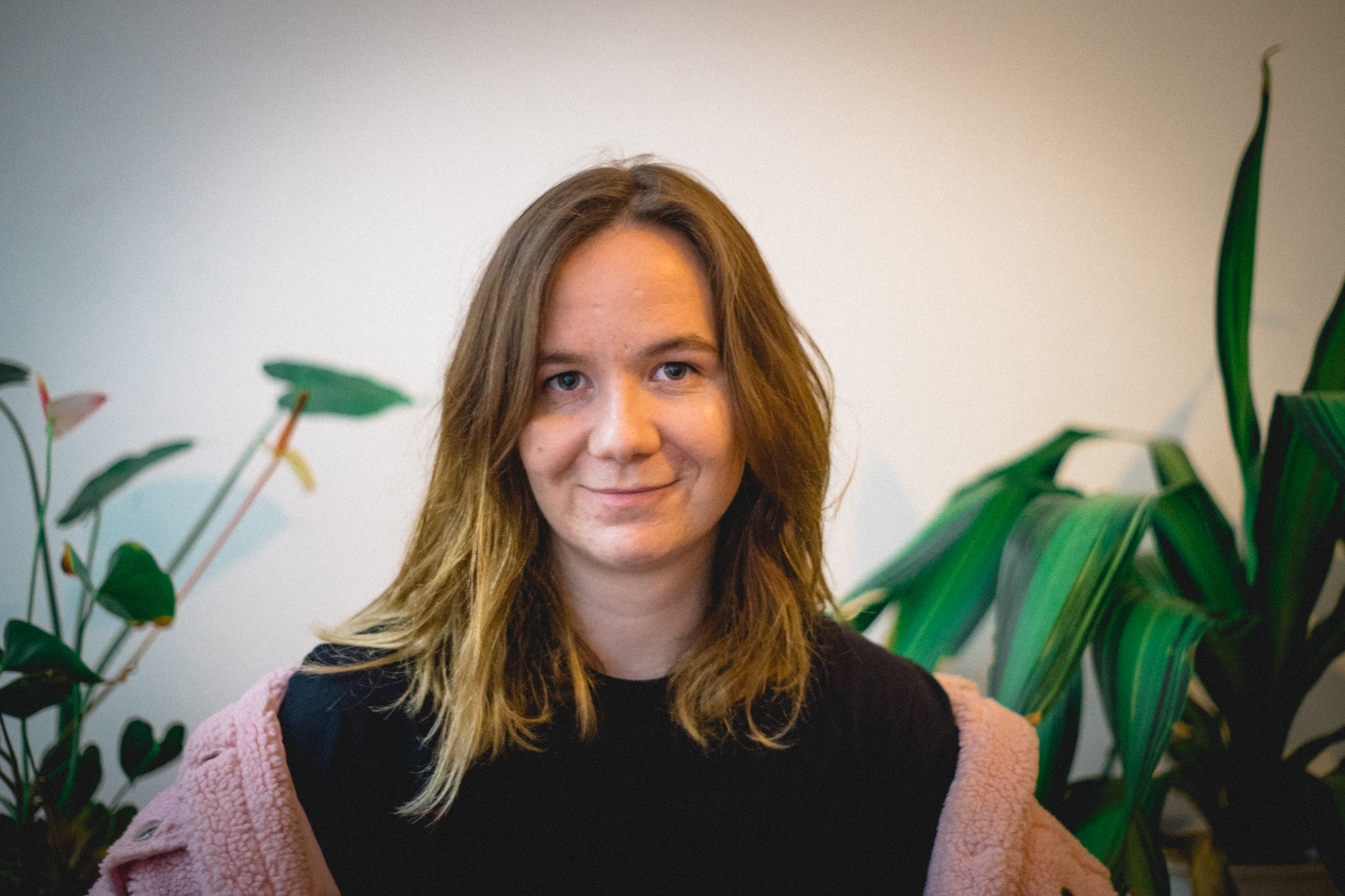 How would you define the ethos of DADDY?
Kemi: We wanted to write about diversity but with humour – we really wanted it to be accessible. There’s a lot of writing about representation that feels exclusionary – unless you have a pHD in critical theory, you can’t join the discussion. At the heart of DADDY is a yearning for real change and real change means everybody should be involved, not just tokenized and pigeonholed.

Did you see a gap in the media landscape that you felt DADDY could fill, or was it more a case of being inspired to simply create a new media voice?
Kemi: It was a bit of both. In 2015 “embracing diversity” was such a trend, and because we often only saw a very light, palatable version of diversity, we felt inspired to create something new that reflected our reality – a reality where there isn’t just one type of feminist, gay man, lesbian woman, or one way of being Black, Muslim, etc. We wanted to tell our own stories rather than wait until we were given the opportunity to do so because of a current trend that might pass again. Our aim was to be truly inclusive and intersectional – unlike any of the places we worked at before.

The website has a very strong aesthetic, where did this come from?
Sophie: This is all thanks to Constantin, who came up with this idea of creating a digital version of a punk zine, which we loved, because nobody else was doing anything similar at the time. The website’s look has evolved since then — Constantin left DADDY in 2017 to focus more on his art — and Tabitha and Nico Limo took over as art directors and helped shape a look that went further in the direction of illustration and became less punky. Which is also cool! It’s exciting to see everyone’s different aesthetics at play. Nico left recently to pursue their studies and illustrator Gaia Lufrano recently joined the art team. She’s been instrumental over the last month in crafting some beautiful images that take DADDY in a more playful direction. 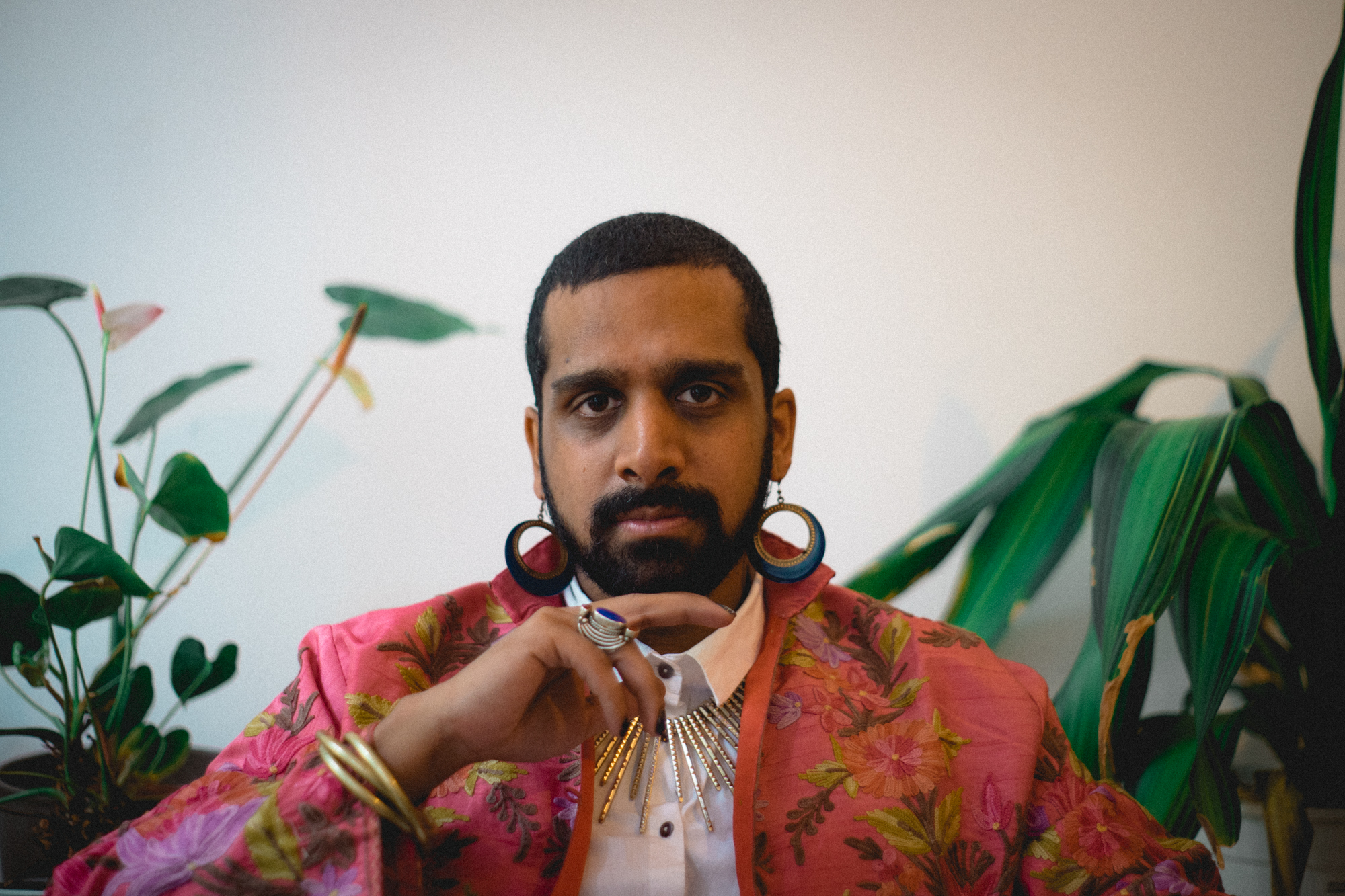 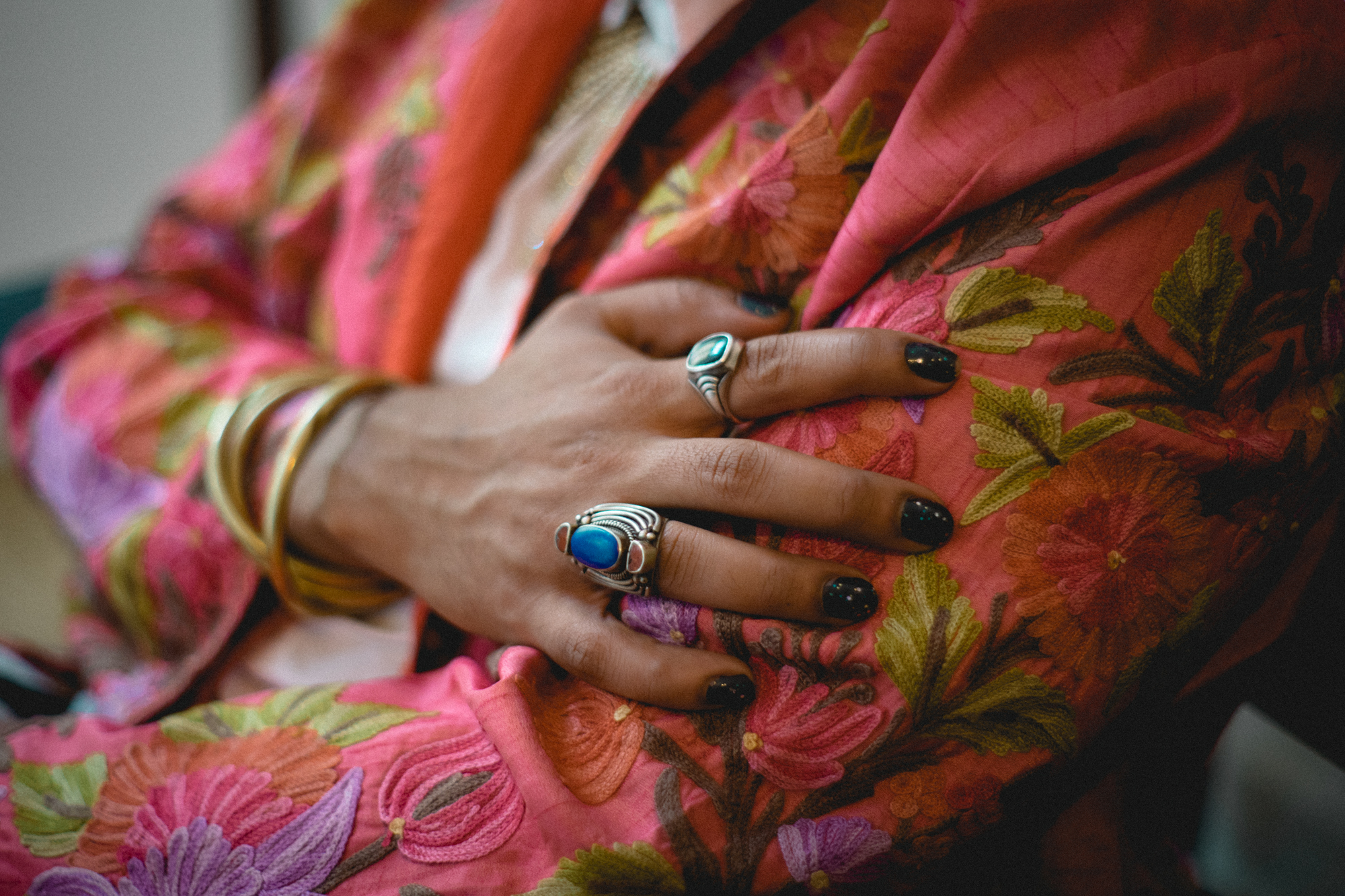 What about the name ‘DADDY’, is there a story behind choosing that?
Kemi: I came up with it because we kept calling each other daddy all the time and I never got tired of it. It also seemed fitting because the word has so many connotations – there are sugar daddies, gay daddies, lesbian daddies, real daddies who can be great or really shitty, or friends who call each other by that name. It’s tongue-in-cheek, which also felt important.

How do you feel that DADDY approaches topics differently than other media outlets?
Kemi: DADDY is a work in progress and we’re quite open when it comes to different styles and topics. I really enjoy writing ranty pieces, like a compilation of the most offensive things men have said to me and my female friends, or about being tokenized but I like that there’s also space to write about literature, the artworld, politics, city life etc.

Sophie: Perhaps it’s less about the topics than who’s writing them? I think one exciting thing about DADDY is that we print a lot of new writers. We’ve had really amazing luck with who we’ve got to work with — Charlie Wührer is probably a good example of this. Despite not having a lot of bylines when she started writing for us, she came to us as a fully-formed prodigy and is now Berlin’s first student-writer-in-residence.

You’ve been publishing for two years, are there any favourite stories that you can pinpoint from during this time?
Sophie: So many! Just a few of my favourites would be Rin Johnson’s reflection on Get Out and the white gaze in Berlin, Hannah Williams’ evil-funny “literary critics i would and would not fuck,” and Mikaella’s satirical faux-dissertation on Friends, “Losing Chandler: Homoerotic Torsions and Tensions in The Early 21st Century,” which is one of the few pieces online that has ever made me gently cry with laughter.

Kemi: It’s really impossible to pick a favourite as there were so many good ones. Joe’s piece on filming the police, which summed up all the crazy shit that happens to Black people who are just trying to live their lives ranks really high though because it’s also a guide on what to do when it happens next, as the legal situation in Germany is very different to the US or UK where citizens are allowed to film and publish such videos. What have been some of the challenges you’ve faced as a new magazine during the past two years?
Sophie: As at so many media outlets, money is a challenge. It can be hard as freelancers that we’re all working for free, asking other people to work for free for us and it’s obviously not ideal that all costs (zine printing, website redesign, venue hire when we hold events, website hosting) come out of our own pockets.
Kemi: Yes, that’s really something we’d like to change in the future – we’re in the process of thinking about grants and trying to be more business-minded and we certainly think there’s potential for brand collaborations, etc. But at the end of the day, we don’t want to have to compromise on our message — that’s non-negotiable.

You just published your first zine as part of your second birthday celebrations (yay print!), is this something you would like to do more of?
Sophie: Absolutely! It was so much fun doing our first zine and we managed to pull it together in the space of just a few weeks, which – if you’ll allow me to brag for a second – felt impressive. Online is great and the internet is our forever-place but as I’m sure Team Lola is aware, there’s a serious buzz having your name in print, right?

You tackle issues such as racism and homophobia in a way that could be described as slightly tongue-in-cheek, do you think this kind of approach is important in this age of polarisation?
Kemi: It’s our approach, but other ways of dealing with these difficult topics are just as important. Being on the receiving end of racism and other forms of discrimination is exhausting because it’s constant and nothing you can ever opt out of. Sometimes it helps to just laugh it off, especially when the words were written by someone who looks like you or faced the same problems. If you, on the other side, never had to think about anything we write about then maybe it will make you laugh at first, and then hopefully it will make you think.

What else do you see in DADDY’s future?
Kemi: The last two years have been such an adventure. We’ve met brilliant people, made great friends and even though it’s been a lot of work – and shedloads more admin than we ever anticipated – it’s also been a lot of fun to establish this project. In the future we’d like to organise more events, strike up more collaborations, and eventually focus on DADDY full-time.