The BFFs Behind BFF The coming together of Best Films Forever (BFF) was organic – a reaction to working in a predominantly male environment. It started as an all-female video collective specializing in the production of niche music videos and documentaries, but the pandemic has since widened the collective’s scope due to increased demand for live broadcasts and tech consultancy. BFF is more than just a collective; it’s a collision of talent, creativity, friendship, and female equity.

Created in 2018, BFF aims to bring diversity where it is lacking, specifically in the predominantly male tech environments of Berlin. Part of that mission is also to open up their field to artistic experimentation. The result is a vibrant, eclectic collective operating in the fields of live broadcast and tech consultations. Due to the members’ past experience in the music industry and visual arts, they currently specialise in music videos and niche documentaries, but their horizons are always expanding as new opportunities present themselves. 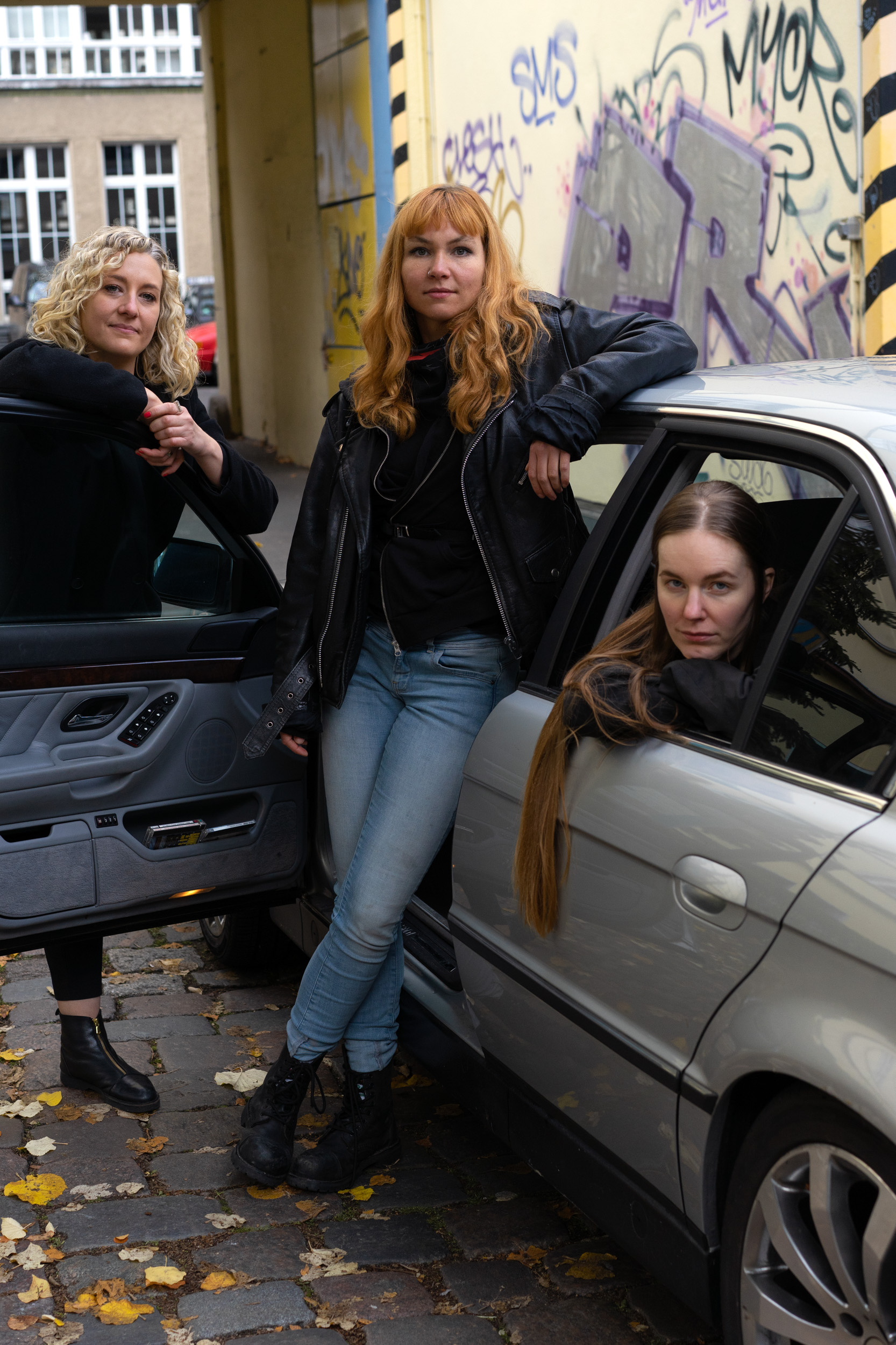 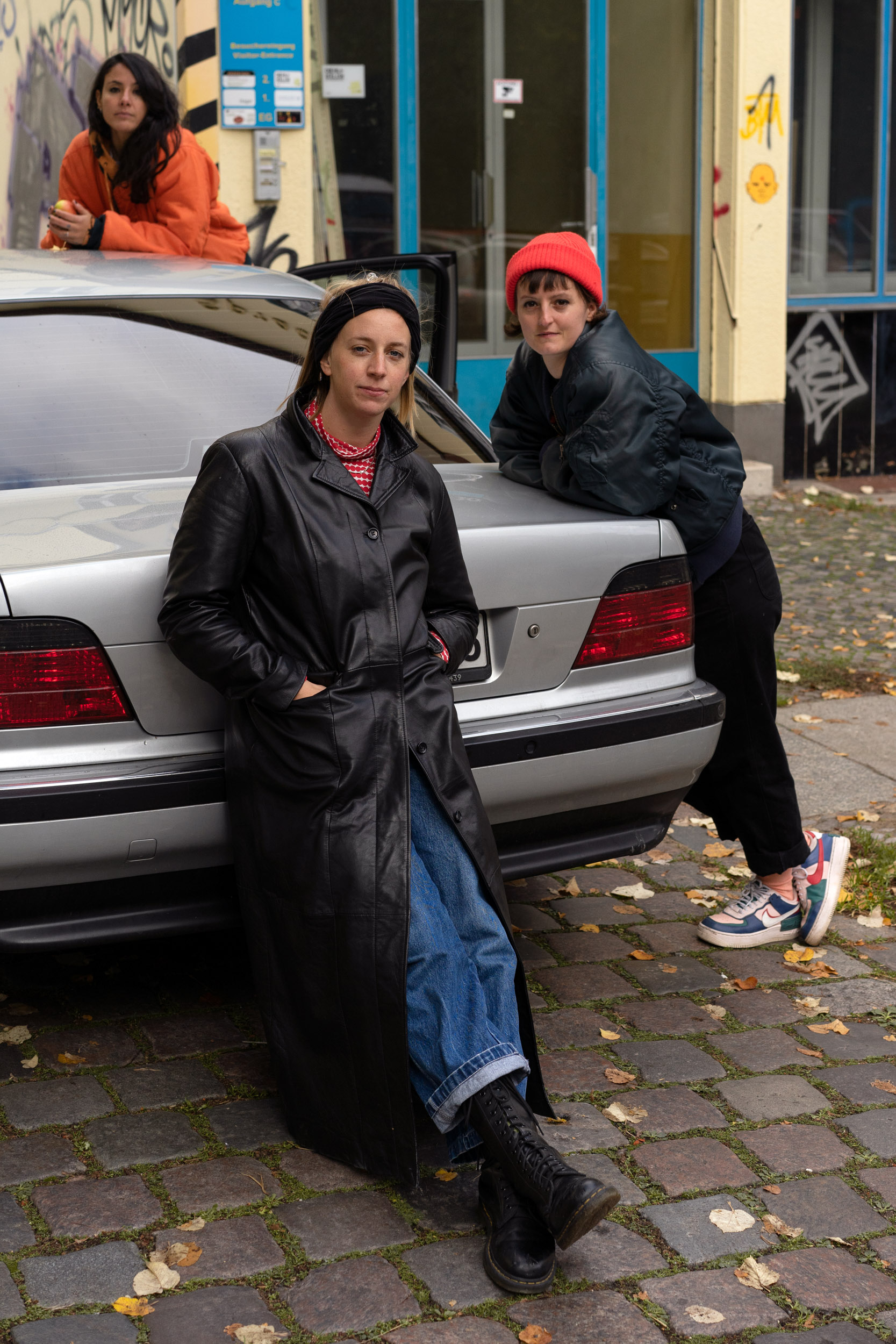 Each of the six women behind BFF bring a different set of skills and energy to the collective. Interdisciplinary and multifaceted, the founders are a collective of artists, spanning across visual, performative, and sculptural mediums. Members of the collective also have experience as video producers, directors, set designers, project managers, and publishing agents. Co-founders Theresa Baumgartener and Zoya Bassi have known each other since prep school, and other founding members, Petra Hermanova, Moira Garee, Avril Ceballos, and Laura Kahlert formed friendships later. Coming from different backgrounds – Germany, the United States, France, Mexico, and the Czech Republic – they were all drawn to the underground music scene and cultural landscape of Berlin for different reasons. After pursuing their own careers independently, they came to realise that by sharing not only friendship, but also projects and collaborations, they could contribute to the local scene in unexpected ways.

One of the most unique things about the collective is that it is entirely female-run. All of the founders of BFF agree that even now, in 2021, there aren’t many women in their profession or in the tech industry in general. “At least not enough to stop all the men in the room from glimpsing up when we’re coming in with the camera and equipment,” Avril recalls. In Moira’s opinion, BFF was established at a time when the cultural scene in Berlin was already moving forward with regards to gender equality. Nevertheless, “The most common thing is that people ask us where the sound guy is,” Zoya explains. “Not even where the sound engineer is – they automatically look for the sound guy.” Members of BFF laugh in unison, shaking their heads. This seems to be a very common mistake. In fact, the members of BFF are often asked whether or not they hold basic competences for the jobs they’re doing – like being asked if they’re able to stream or use their own equipment. Usually, people apologise after the fact for making gender-related assumptions. 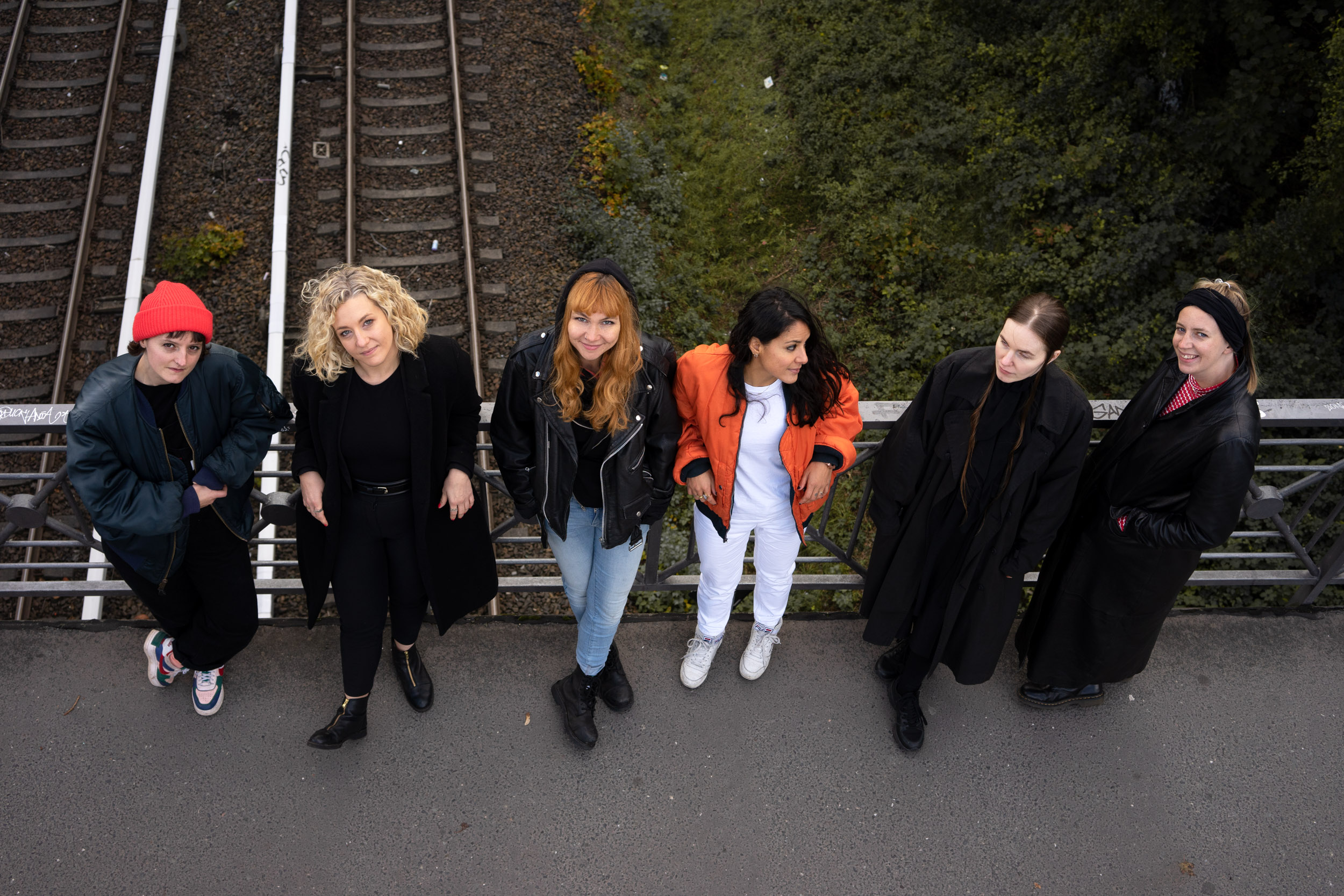 All of these past experiences don’t prevent BFF from working together with male colleagues. Zoe says, “Once we go on a job, even if it starts with a sexist tone, we always end up turning the situation around and having a very nice, positive work environment.” Their approach is as simple as it is effective: “We just prove our point by doing a good job and leaving them with a good impression. We are not there to fight.” It’s about breaking stereotypes and allowing diversity to spread in social and professional contexts. BFF knows this takes time and is in no hurry. Zoe considers BFF as “a counter reaction – doing what we do and have done alone for years in a mostly male-dominated environment.” For Theresa, forming the collective was an “act of resistance against the standing rules by not tapping into the patriarchal discourse.”

Even in the face of frequent gender discrimination, BFF has created an impressive line-up of clients and projects that only seems to be growing with time. Aside from hosting live broadcasts and recordings, they have collaborated with Pictoplasma, c/o pop, and CTM Festival. The crew has edited and produced mini-documentaries like Holly Herndon’s PROTO, filmed Hildur Guðnadóttir’s Chernobyl Live for the Barbican, Disappearance of Music for HKW and commissioned additional visual content. Their new website, designed by artist and friend Verena Bachl, has also helped develop the collective. Zoe thinks it “has been the real game-changer in the last months to get new clients. It has given us a clear identity and we have been taken seriously.” 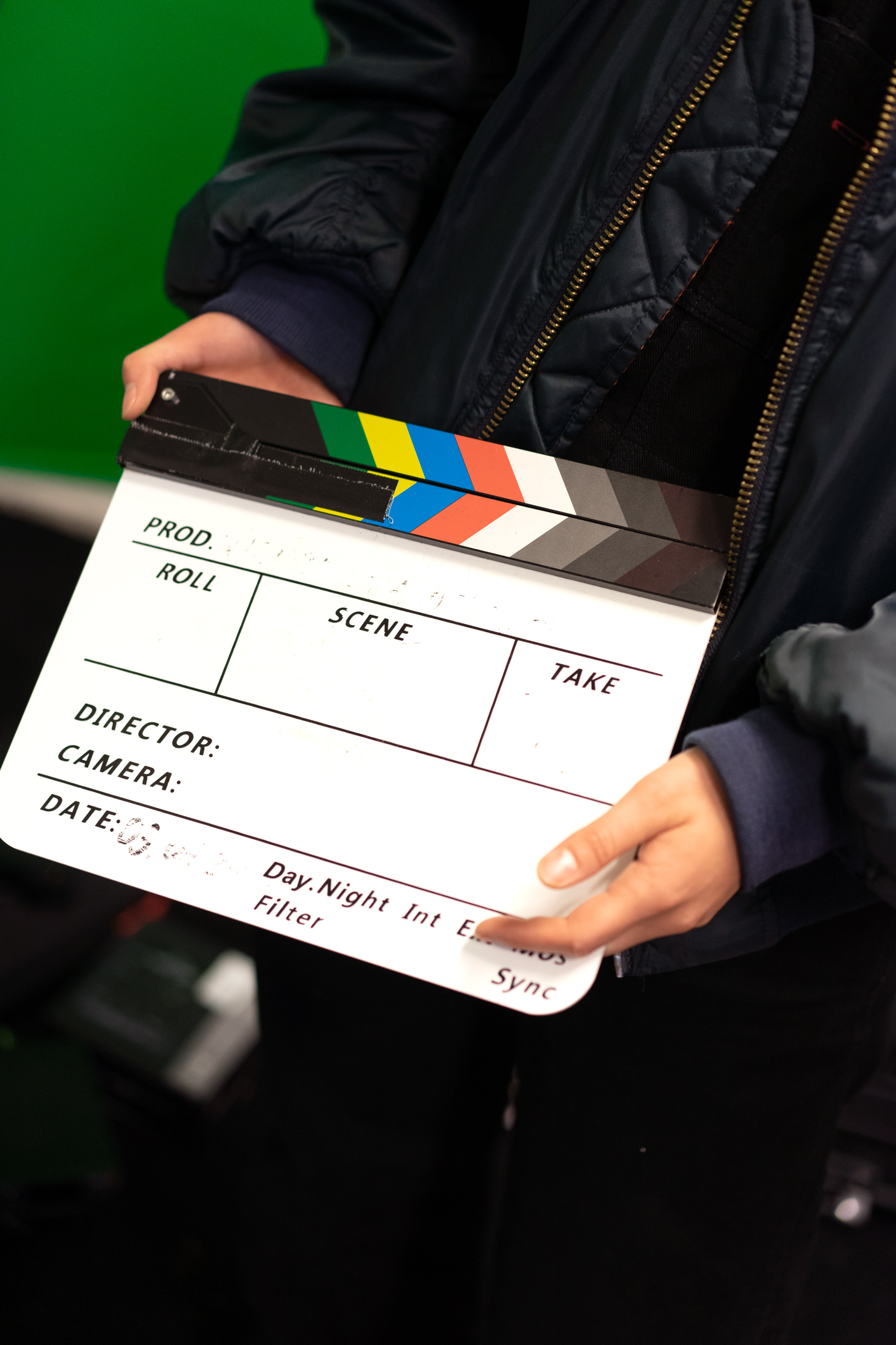 Aside from a new, stronger visual identity, COVID-19 has given BFF some positive work opportunities. In Theresa’s words, the pandemic gave them the time and motivation to “get their shit together and hustle.” And the collective’s hustle has certainly paid off. The enormous shift towards the digital has made BFF’s work more relevant than ever. Theresa adds, “Many festivals are now planned online through live broadcasts. Companies want to stream through different platforms simultaneously or incorporate proper audio to events and meetings.” And even though this shift means that more streaming sites and options for digitalisation might be popping up, Moira is confident that DIY videos on how to stream and up-and-coming digital platforms aren’t serious competition. She says, “In a market oversaturated with visual content, quality makes the difference.”

Although the future of online content is uncertain, it is “in the possibilities of being in control of the quality of the image,” that, according to Petra, lies BFF’s room for growth. “The live stream is more of a performance. It’s fun, exciting, but there is a limit with the resolution, with what you can change or fix. Of course our projects depend on what happens with coronavirus. Still, I think that streaming is almost at a breaking point. Some people are really into it, some are tired of it, so it is hard to say where it will go. But video production, film sets, they are always going to stay. And it’s very enjoyable to have something really solid you have worked on for longer than one day.” The crew agrees that although the industry may change and evolve, the quality of their work and their ability to adapt will ensure a solid future for BFF. 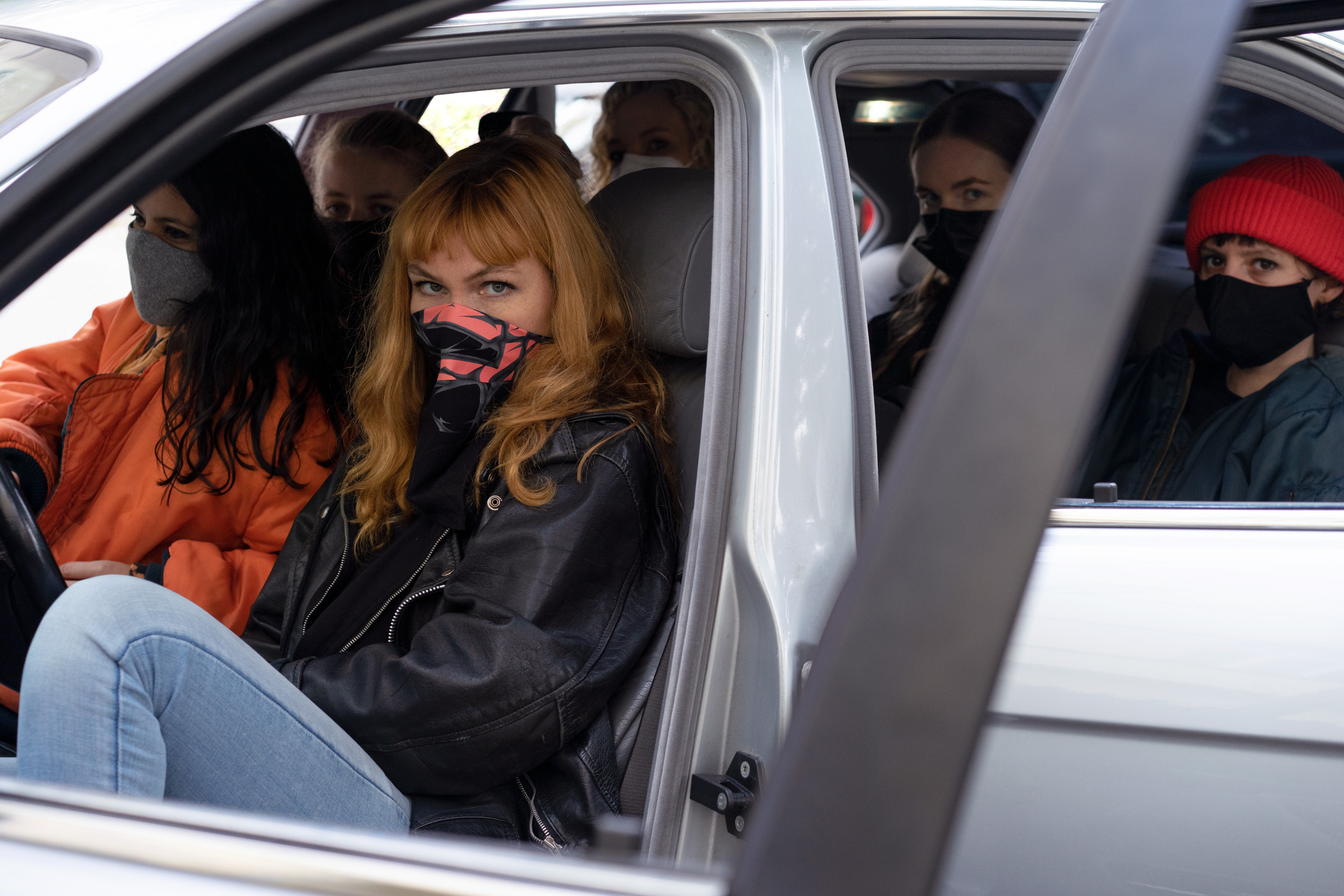 Avril remarks that their background “is in the arts and we want our projects to go in this direction – to work with artists and creative teams that seek more than a techy vibe and allow us to mix our artistic side with our technical skills.” In Theresa’s words, “Our attitude is to push boundaries, experiment, try out new things, different formats. We know about aesthetics, set design, all the classic film tools. Now we want to see what we can do with it all – how we can incorporate them in a live stream or how to transform traditional TV aesthetics into classical film productions.” Through collaborating with musical and visual artists, BFF is working towards shaping the way video production and live streams evolve, merging the technical side of production with artistic practice.

With all of the growth that BFF has experienced in the past few months, it’s only natural that they are looking to the future. Zoe says, “We are here for the long-term. We want organic growth, steady clients, a healthy and stable evolution. Our network is already there. We are moving and evolving slowly, taking more and more jobs, and once we are over capacity we can start outsourcing and be able to pitch and promote more women in tech. But we want to grow without forcing things or taking too much risk, always careful about which direction it is taking.” At BFF there isn’t one person in charge – it’s a collective in the true sense of the word. Members rely on each other’s skills and creativity, only strengthened through under the pressure of working live events and pushing each other to develop during an ongoing pandemic. Trust and experimentation are important elements to their success, and the result a vibrant, eclectic collective.

For more info, showreels, and all of that good stuff visit bestfilmsforever.com